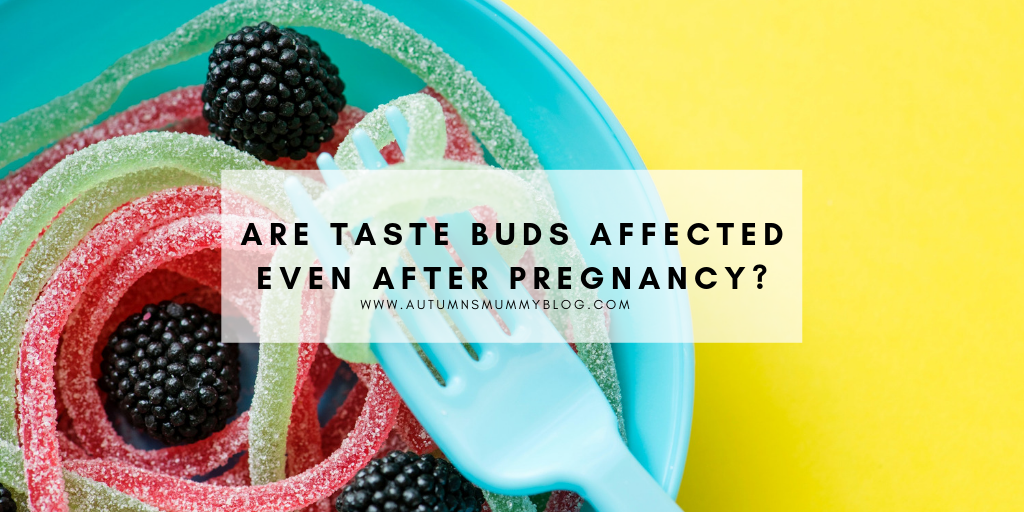 When you find out that you’re pregnant, there are changes that you expect to happen. One of these is that you’re likely to crave some foods, but gain aversions to others. In fact, there is even a fancy name for this: dysgeusia. It’s often down to hormones, but could also partially be your body’s way of trying to protect your unborn baby. But when does it stop? 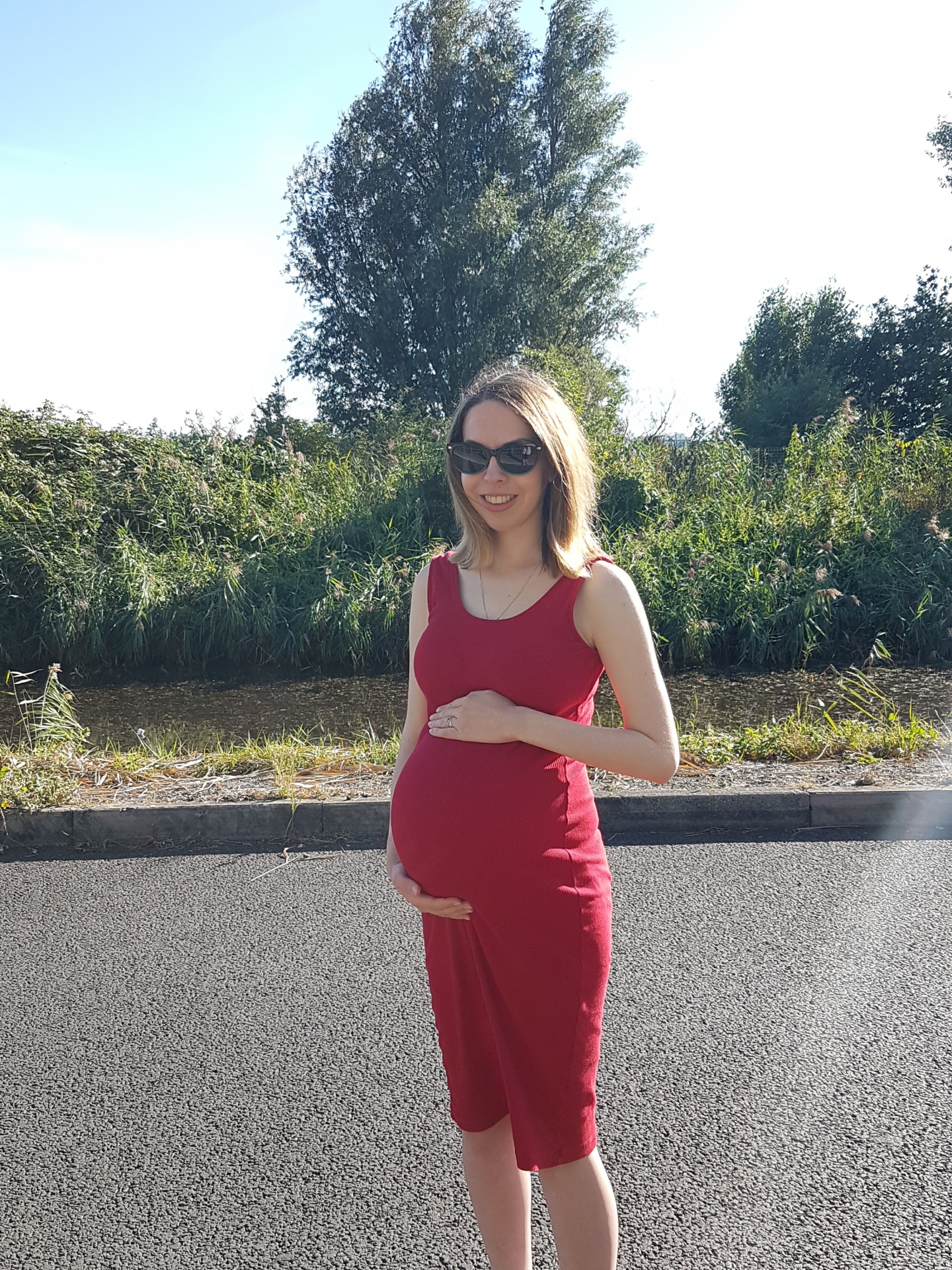 When I was pregnant with Autumn, I noticed a few very strong changes when it came to my taste buds. I was repulsed by the thought of curry and couldn’t stand the smell of spices in my kitchen cupboard. Meanwhile, just the mention of the words ‘pulled pork’ almost made me throw up during the first trimester. There was an unfortunately timed marketing campaign for Subway featuring it on TV. It was also horrendous getting to the junction 5 minutes away from my house on my way to work each morning as it was plastered across a giant billboard! When it’s right in front of you like that, you can’t exactly avoid it.

However, there were some things I started enjoying that I had disliked previously. I could never stand mustard, yet one day during my pregnancy I really fancied some. I enjoyed it so much, that I kept having it on things. Likewise, I’d hated oranges since I was a young child. I disliked them so much that even the smell of someone opening one in the same room could make me nauseated. During my pregnancy, I drank orange juice in a bid to absorb more iron as I was anaemic. Much to my surprise, I found myself actually enjoying it.

I was expecting these changes to go away shortly after I gave birth. However, Autumn is now over 2 and a half years old and I still like mustard and orange juice. Also, much to my husband’s disappointment, I don’t like curry as much as I used to. I don’t fancy it very often, which is a shame as we used to eat it every week!

Some people have found this all quite odd when I’ve mentioned it. Yet, I knew it couldn’t just be me! I decided to ask the blogging community to see what they had to say on the matter. 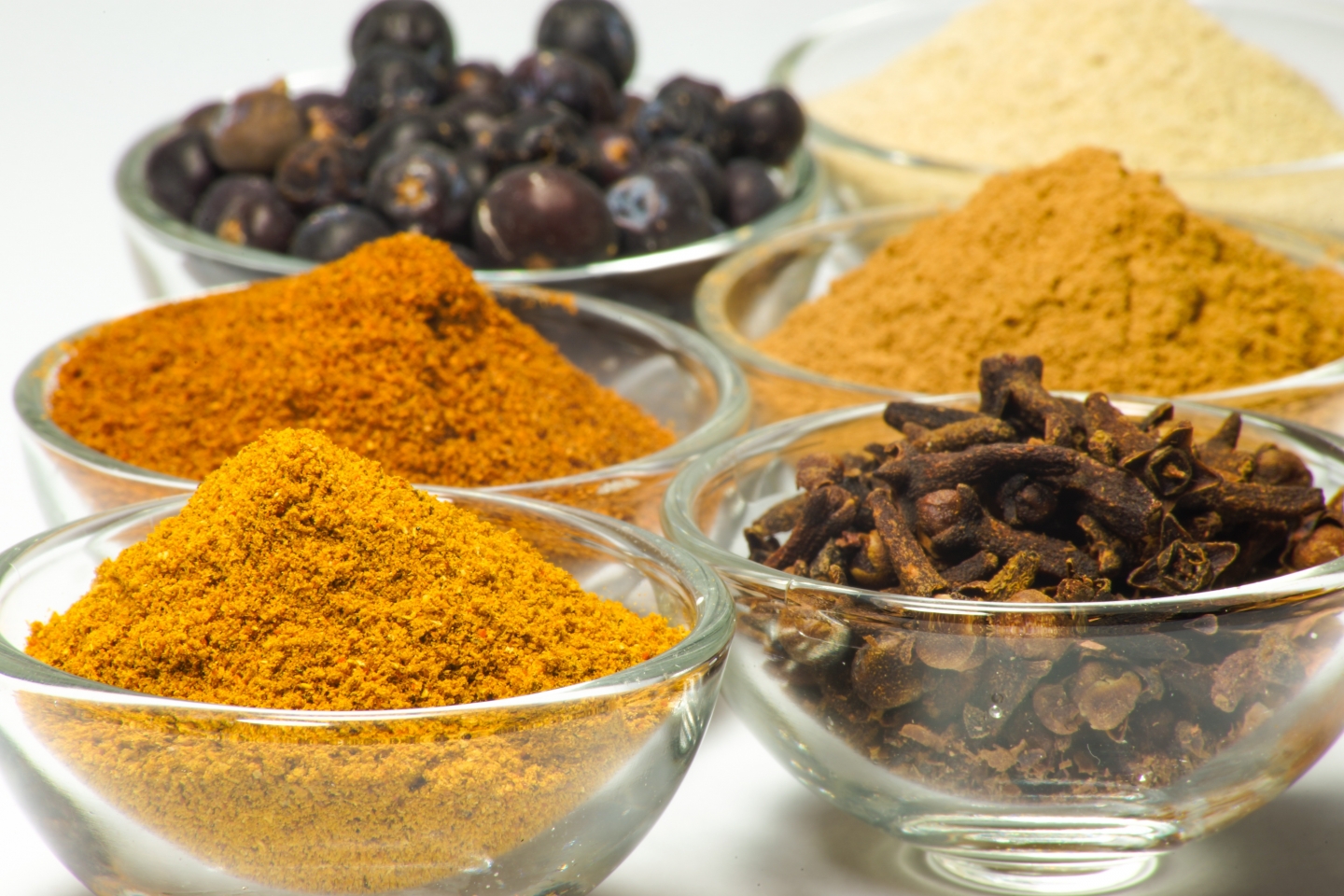 It looks like it wasn’t just me who went right off of spicy foods!

Tilly Button says “Before pregnancy, I’d be quite content with spicy food but now? Slight hint of chilli and I’m done. I’m mocked relentlessly by family as I was known to handle my hot food!”

Stephanie at A Farm and a Baby agrees .”With my first pregnancy I couldn’t even tolerate a chilli heatwave and I’ve never really got it back”.

Yet on the other side of things, Nicola at The Frugal Cottage says “Before being pregnant I couldn’t eat anything spicy but now I love it – definitely a permanent change.” 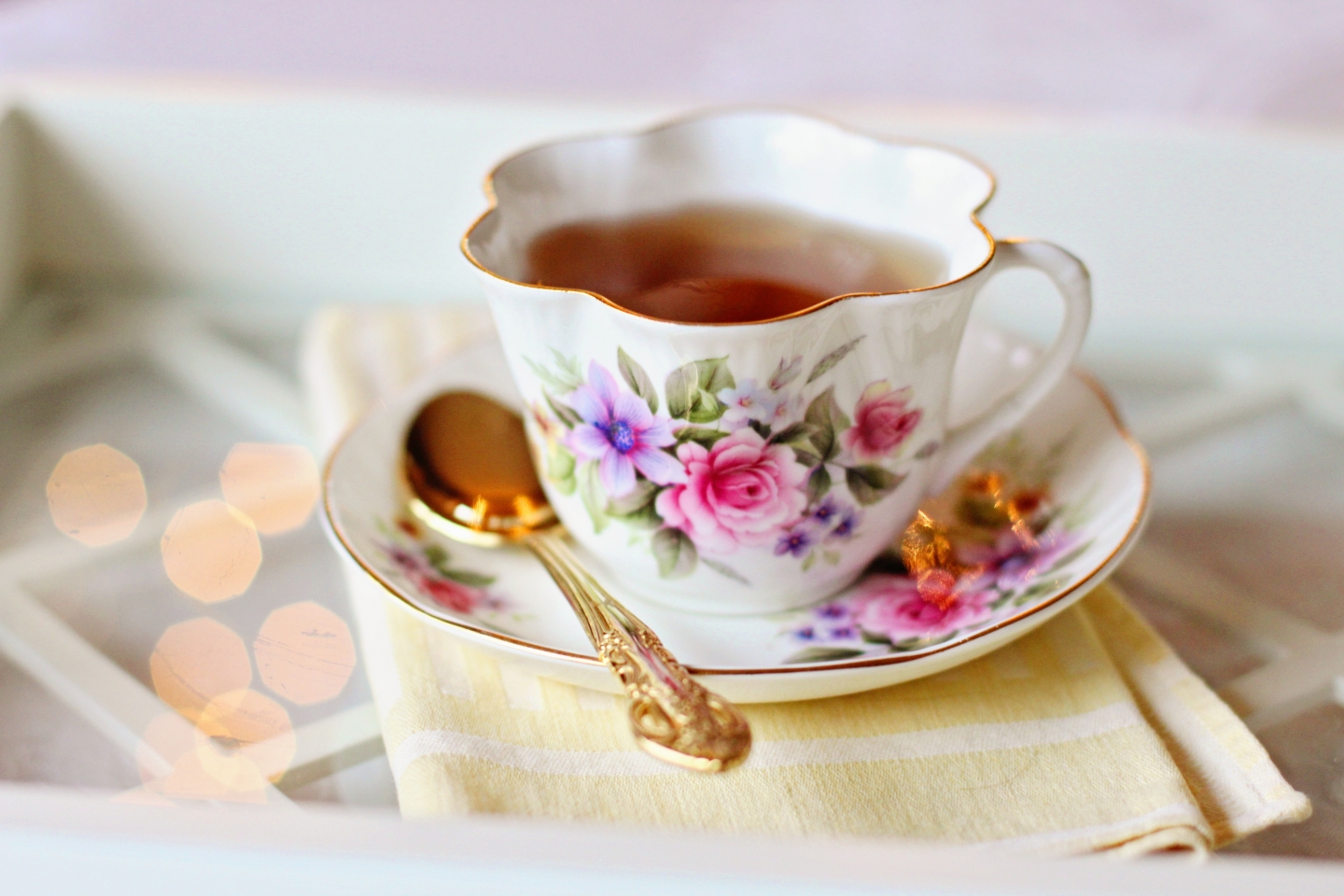 Ah, tea, a British staple. However, it looks like aversions to this could be popular too, as tea was mentioned several times.

“Yes!!! I used to love tea and now, mostly, I really really don’t like it at all” said Lynne at New Mummy Online.

Meanwhile, Emma at Dirt, Diggers and Dinosaurs got away with it until her third pregnancy. “I was one of those ‘tea’ people, not a posh infusion type but a good old cuppa. A hug in a mug, the cure for everything, something to warm my tummy before bed. I drank so much tea…until I became pregnant again, when even the smell of it put me off and it started to taste like metal. With my other two boys that first cuppa after delivery was bliss, not this time! I’m now 6 months postpartum and I’m trying to get my love of tea back but it’s just not happening. I’m drinking far too much coffee instead! 😕” 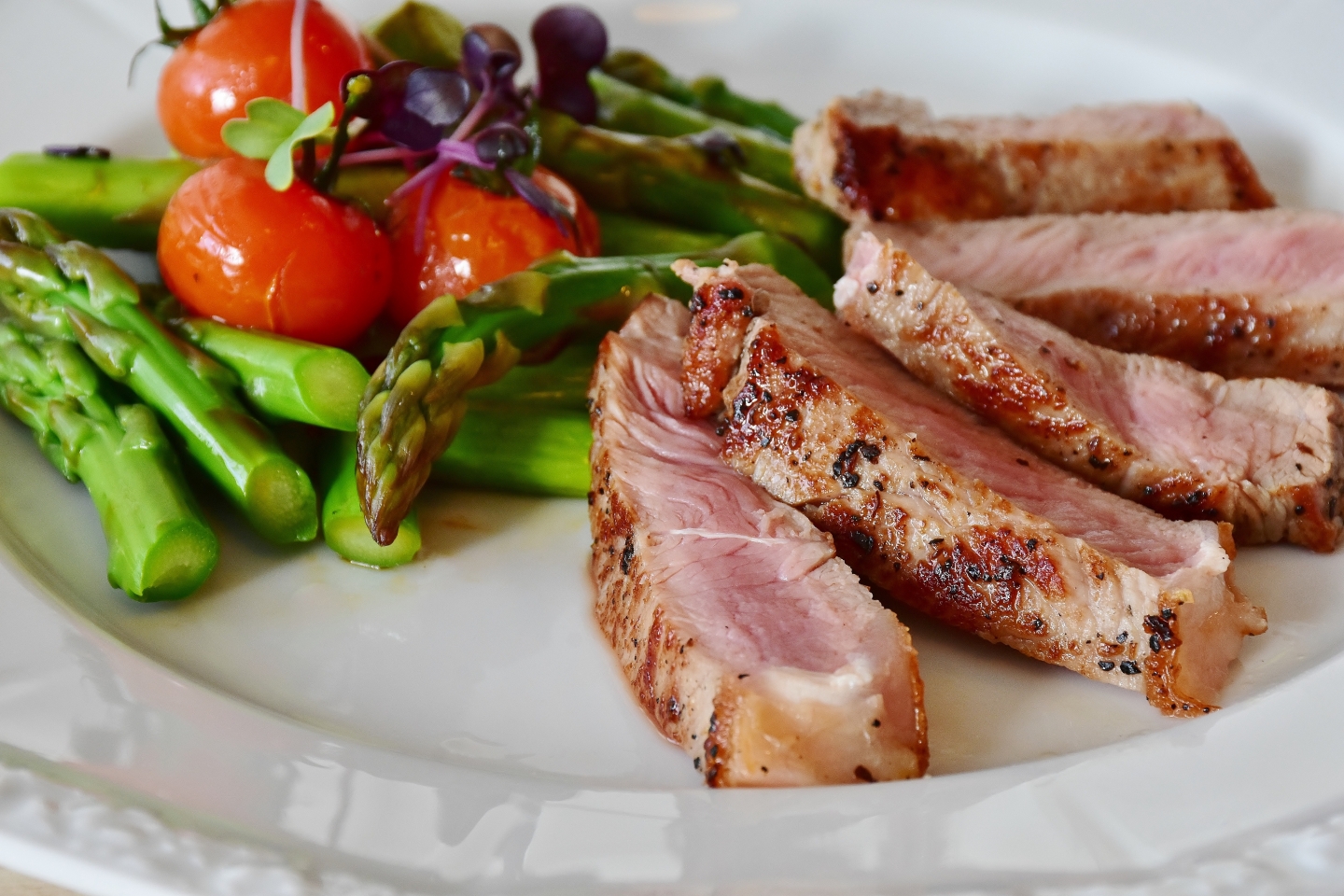 Somewhat unsurprisingly, meat is a popular food type to turn your nose up at during pregnancy. I had been vegetarian for several years before pregnancy. However, I was determined to start eating meat again. I saw this as the easiest way to make sure I got the nutrients needed for my growing baby. As much as I tried, I just couldn’t do it. Instead, I did lots of research and ate tons of food rich in iron.

My relationship with meat was perhaps understandable given my history. However, others who previously really enjoyed it have found themselves just not being bothered about it since pregnancy. Chantelle at Zac’s Story says “I really went off meat while I was pregnant and now I am still not a huge fan! Pre pregnancy it would be the best part of a dinner. Now I would be quite happy with a plate of veg and potatoes!”

Raimonda at Cosmo Mum says “Couldn’t eat meat in my second pregnancy and I can barely eat any meat now. Serves me right to laugh at vegans 😬. Now I’m one of them (nearly).”

Carla-Marie at My Bump 2 Baby has also found the same. She says “I have gone off lots of meat… it started in pregnancy and has continued .. My son is now 3 years old and I barely ear meat anymore. It is really odd as I used to love nothing more than a “surf and turf”.

However, Jessica at Beauties and the Bibs actually began to enjoy eating red meat. This developed during pregnancy and has continued. She explains “I used to not eat red meat at all then when I got pregnant with my second I really started to enjoy it and that’s stuck”.

There were such a variety of things that people told me they liked/disliked since they were pregnant. Here are some others:

Meanwhile, Jude at Gluing Cheese says “Gosh they have changed SO much! I used to be a savoury fan and would happily skip pudding. Stand between me and my chocolate (or even chocolate I can claim as mine like surplus Easter eggs) and you will have to fight me for it!!”

Although I’d never heard about taste changes sticking, it seems as though it really is “a thing”! Our bodies go through some pretty quirky changes during and after pregnancy. As well as an abundance of stretch marks, the changes to my taste buds tell my story. Of course, it’s all worth it for that little bundle of joy…even if I do miss enjoying a tikka masala!

Have you noticed any changes to your likes and dislikes when it comes to food since pregnancy? I’d be interested to hear from you in the comments!

1 thought on “Are taste buds affected even after pregnancy?”