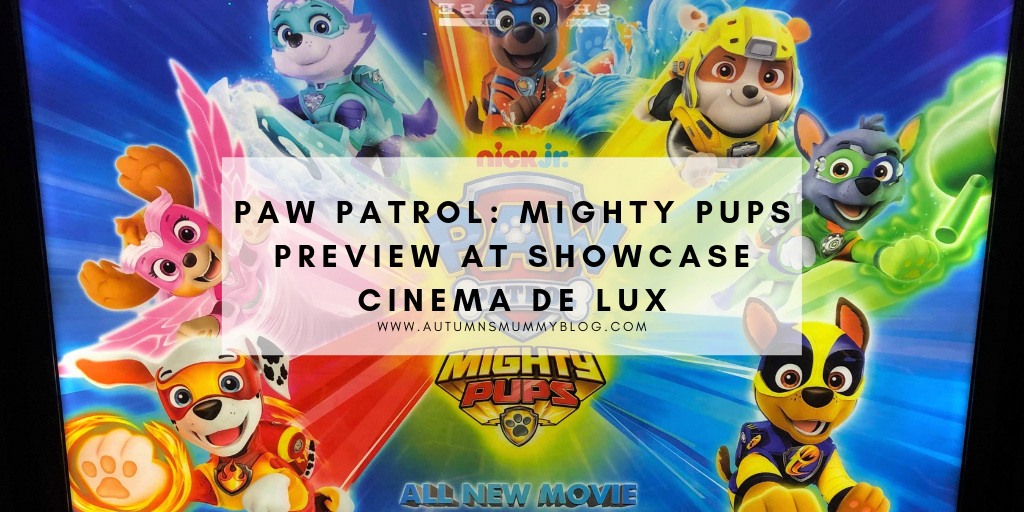 Gifted¦ On Saturday, Autumn and my husband went to Showcase Cinema de Lux Bluewater for the preview of PAW Patrol: Mighty Pups. It was her first time going to the cinema and she was very excited. PAW Patrol is actually her favourite programme at the moment. Naturally, she was keen to take along her Skye toy to watch the movie from the plush reclining seats and meet the pups!

Arrival at the preview

Upon arrival at the cinema, Autumn was so excited to see the illuminated Paw Patrol film posters. If you caught my Instagram story the other day, you’ll have seen her running from side to side pointing out Chase on them!

There were tables set out with Paw Patrol colouring sheets and crayons, much to her delight. 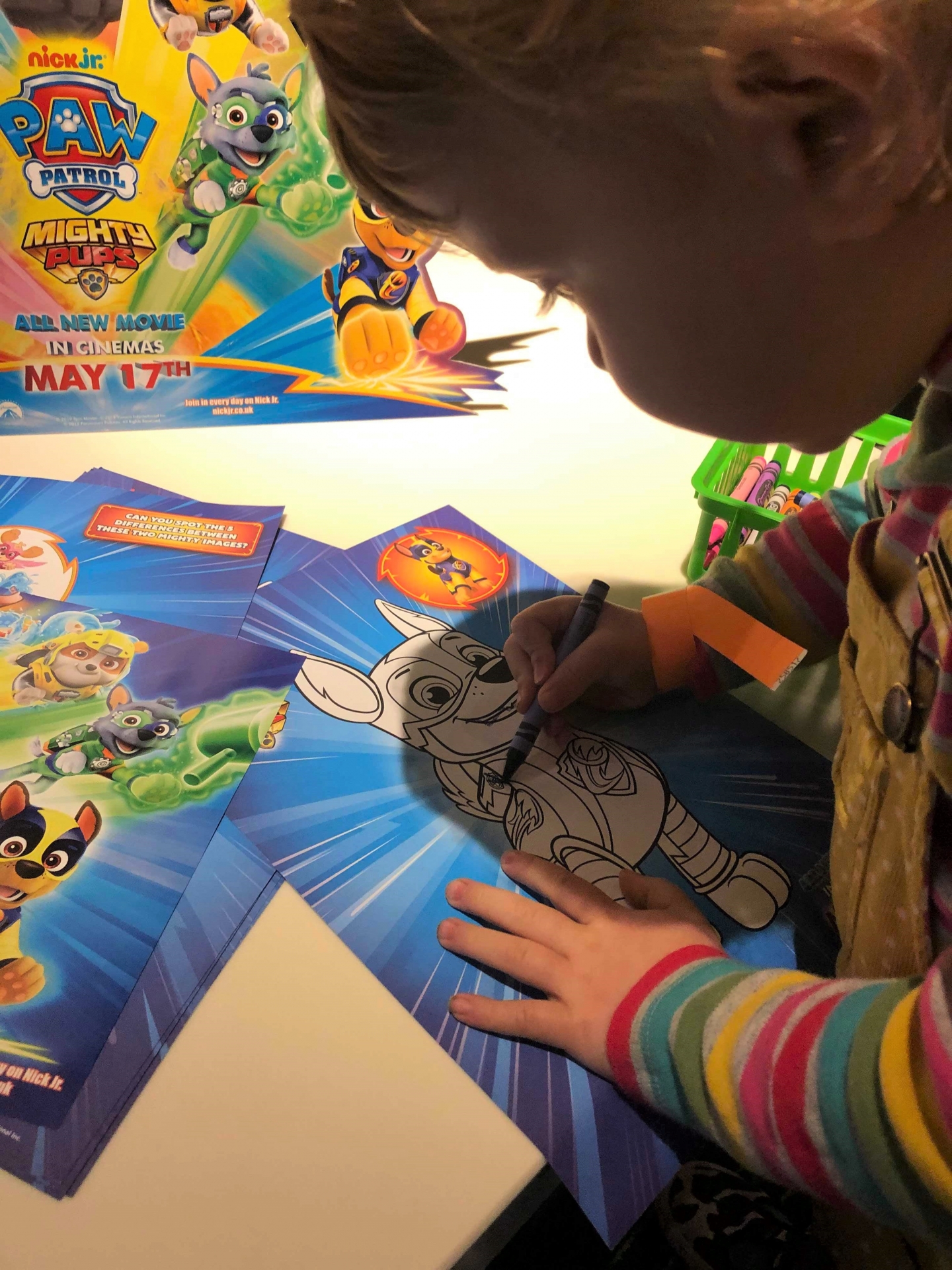 However, her enthusiasm for colouring was nothing in comparison to the Paw Patrol characters who were in attendance!As she queued to see them, she was very excitable. She pointed out the different characters, saying “Look, it’s Rubble! Look, it’s Skye!” and so forth. When it was her turn, she stopped and looked up at them, part nervous, part awe-struck. They took it in turns to pat her Skye toy on the head, as she gawped at them and did a little wave. 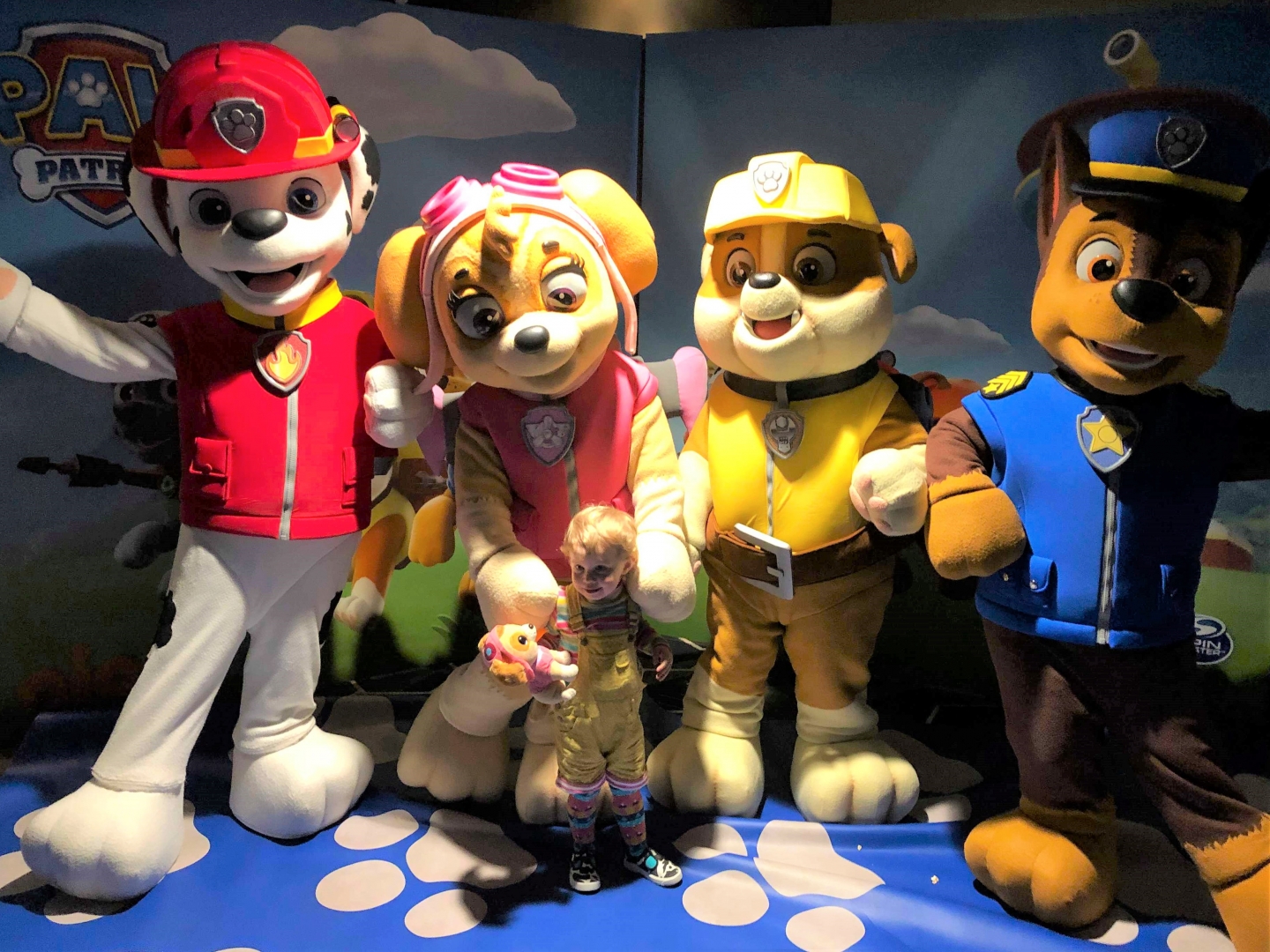 The film had a good pace for young children, whilst having enough action to hold their attention. The use of the new superhero powers to change things up really seemed to excite Autumn. She thoroughly enjoyed herself! Every time Chase was zooming around with super speed, Autumn was enthusiastically saying “Ooh, Chase! Ooh, Chase!”

The movie had an underlying message of leadership and not giving up, as Chase was struggling to be a good leader with Ryder absent (as he had been captured).

The film was shown on an XPlus screen. We have actually previously experienced how fantastic this state of the art wall to wall screen with next generation projection and dramatic Dolby Atmos Sound is. However, it provided Autumn with an incredibly immersive experience for her first trip to the cinema. She seemed very comfortable on the luxurious reclining seats too. 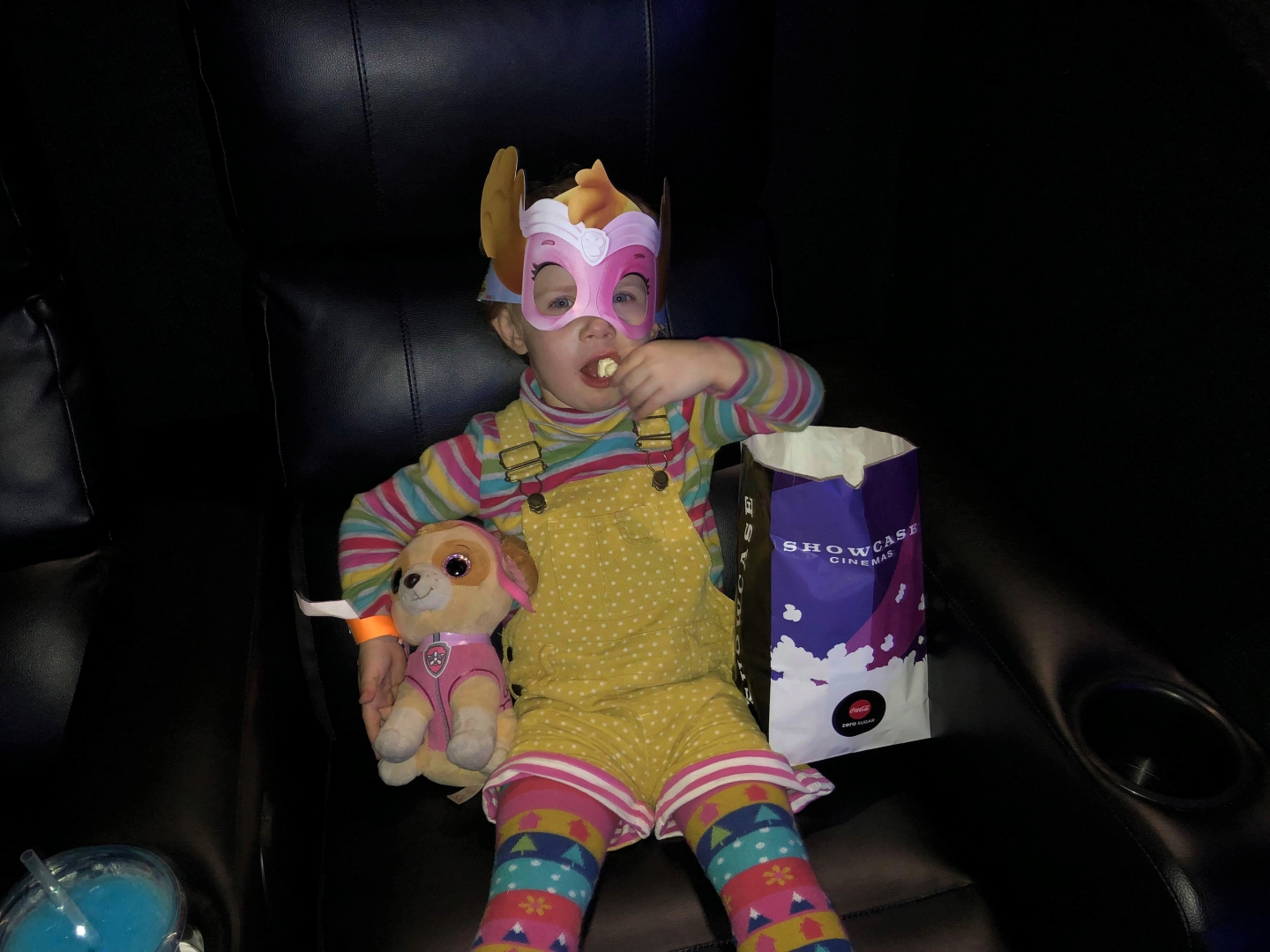 Do you have a pup who is keen to see the PAW Patrol movie? Its UK release is this Friday, 17th May.

There are 21 Showcase Cinemas across the UK; you can find your nearest on their website. 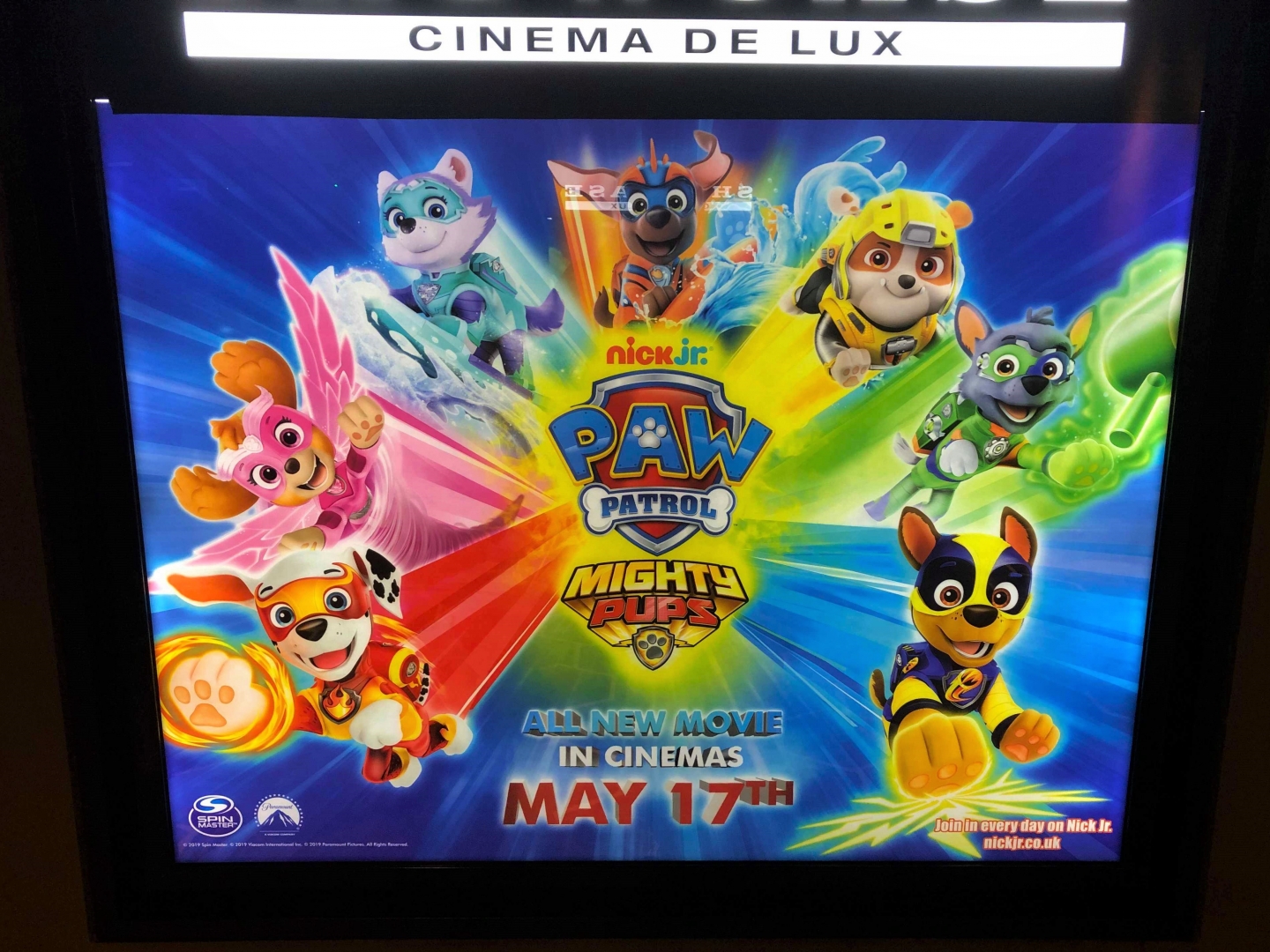 Disclosure: We were invited to attend the preview of PAW Patrol: Mighty Pups at Showcase Cinema de Lux Bluewater in return for this blog post and social media promotion. All views and opinions are, as always, honest and my own.