Last night, my husband and I had the pleasure of being invited to the official launch of the new extension at Showcase Cinema de Lux Bluewater. This saw four new state-of-the-art screens officially opened. We were really looking forward to it (and not just because it was our first child-free night together in a while!)

Before our exclusive screening of Downsizing at 7.30pm, we were invited to a drink and canapé reception. 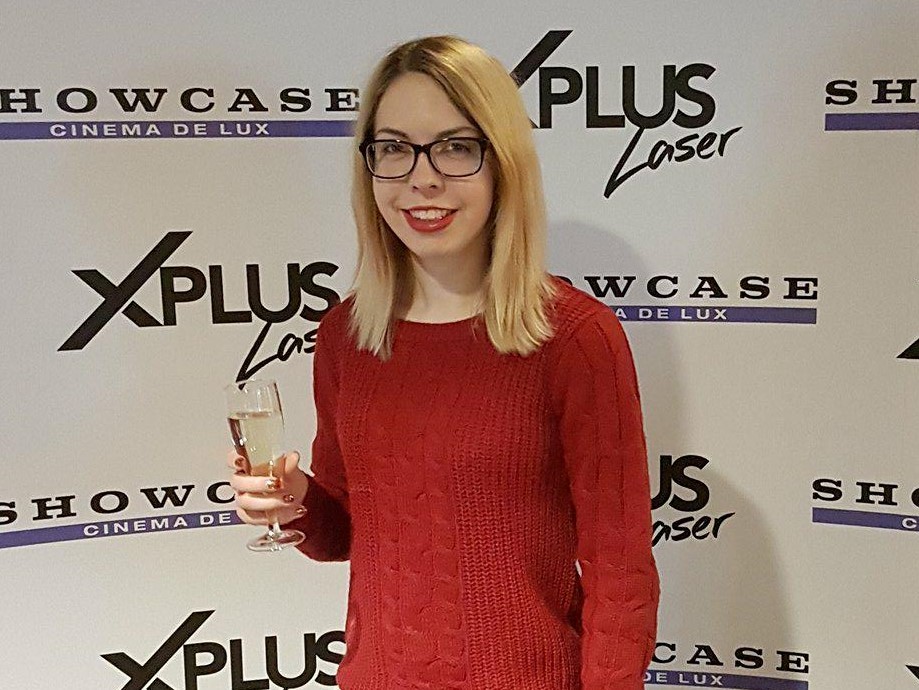 The drinks were flowing, the decor was stunning and the environment was buzzing. You could absolutely feel the excitement in the air. 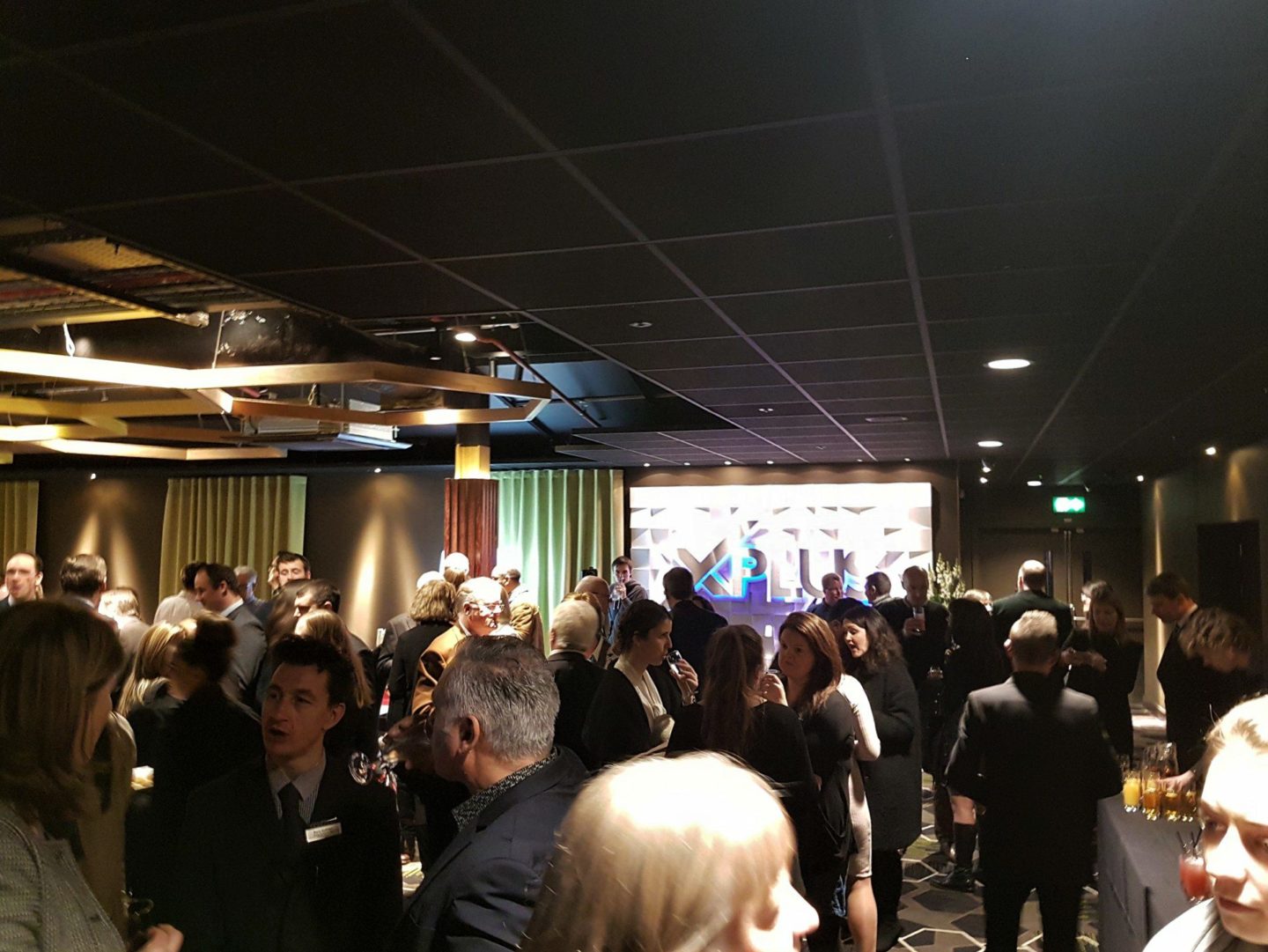 The aesthetics aren’t left to just the screens themselves. I have never been in such a beautiful cinema corridor before. The colour palette is gorgeous and there were several comfortable lounging areas. Of course, I took these photos at the end once everyone had gone! 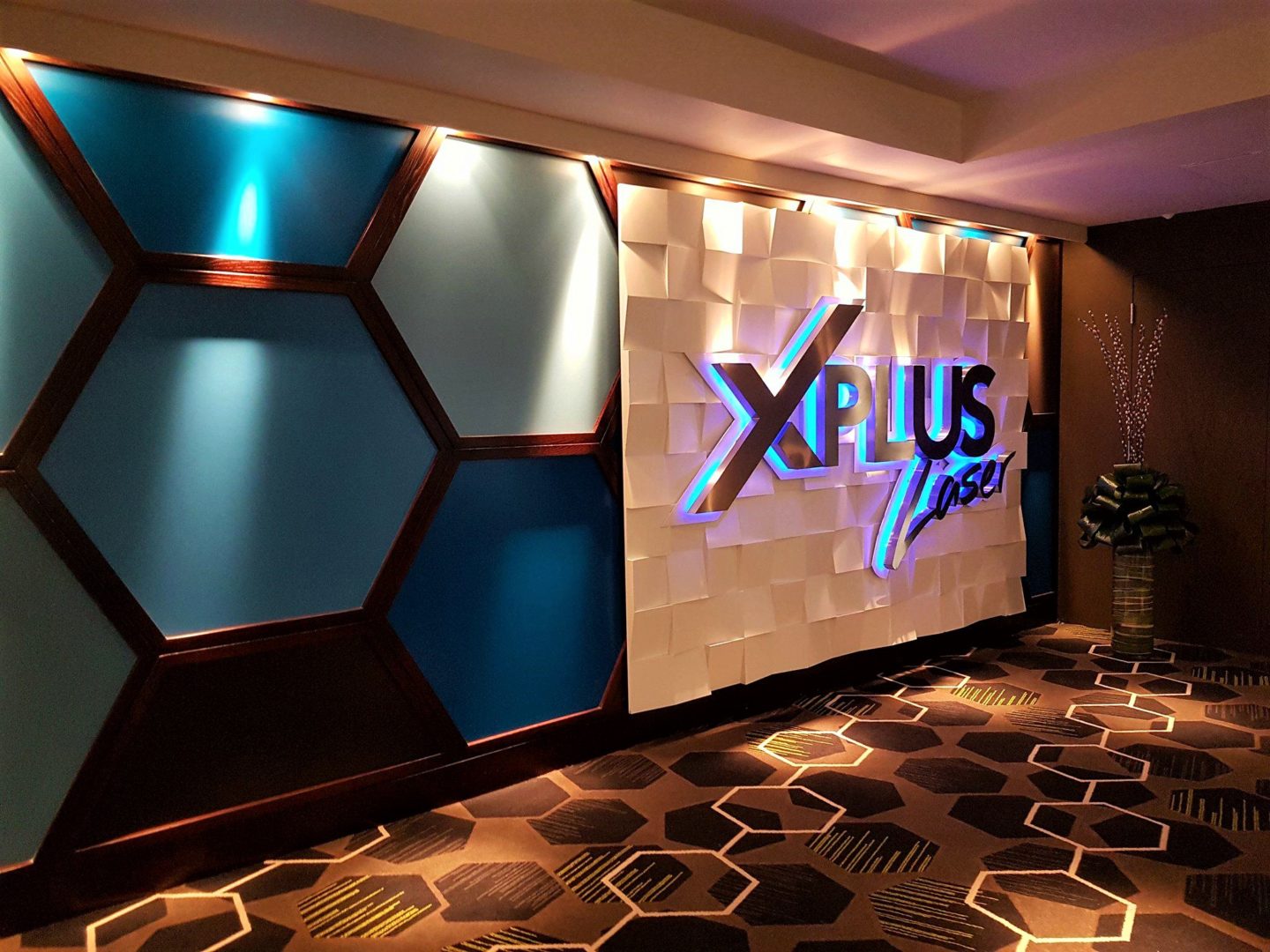 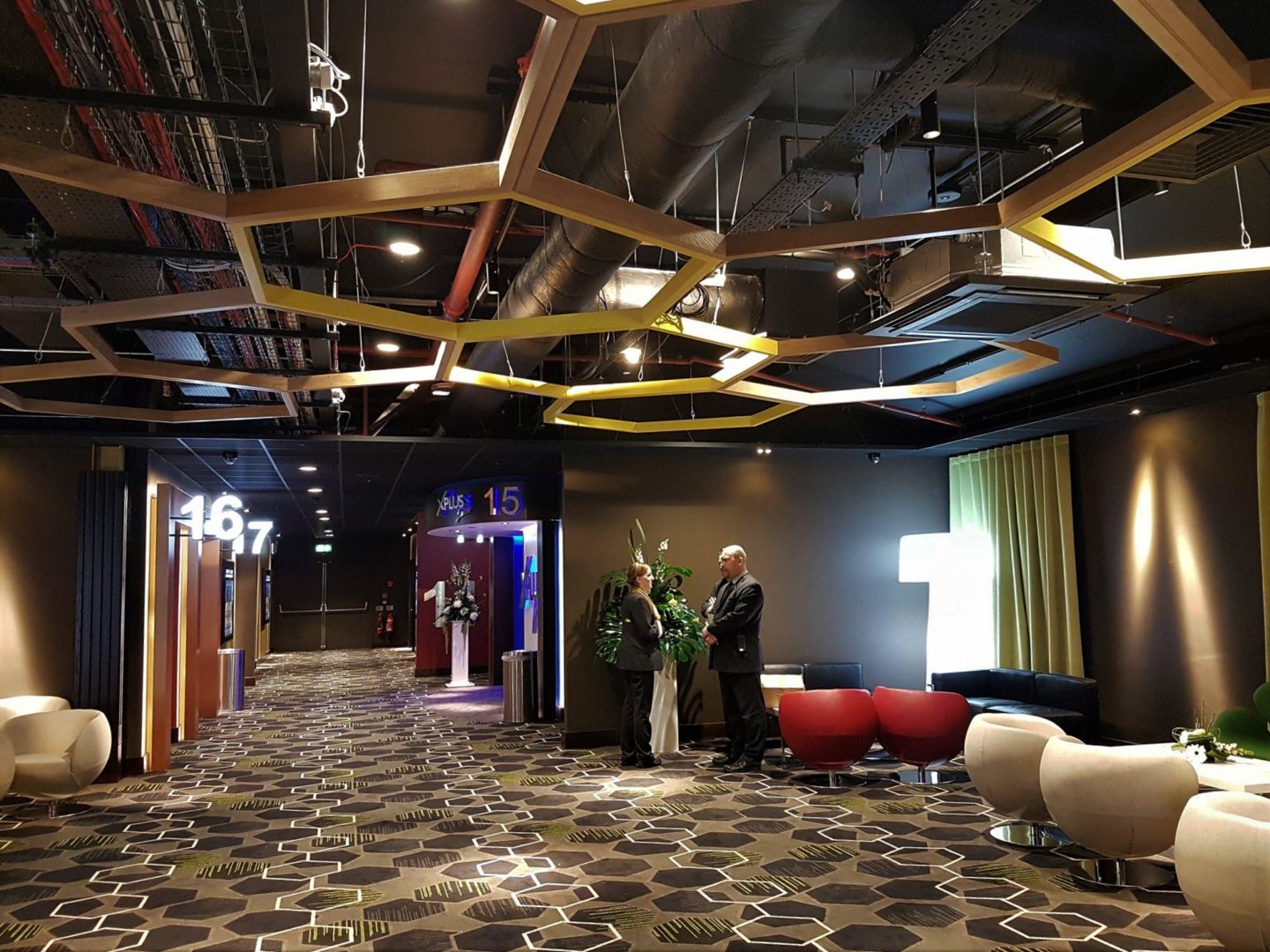 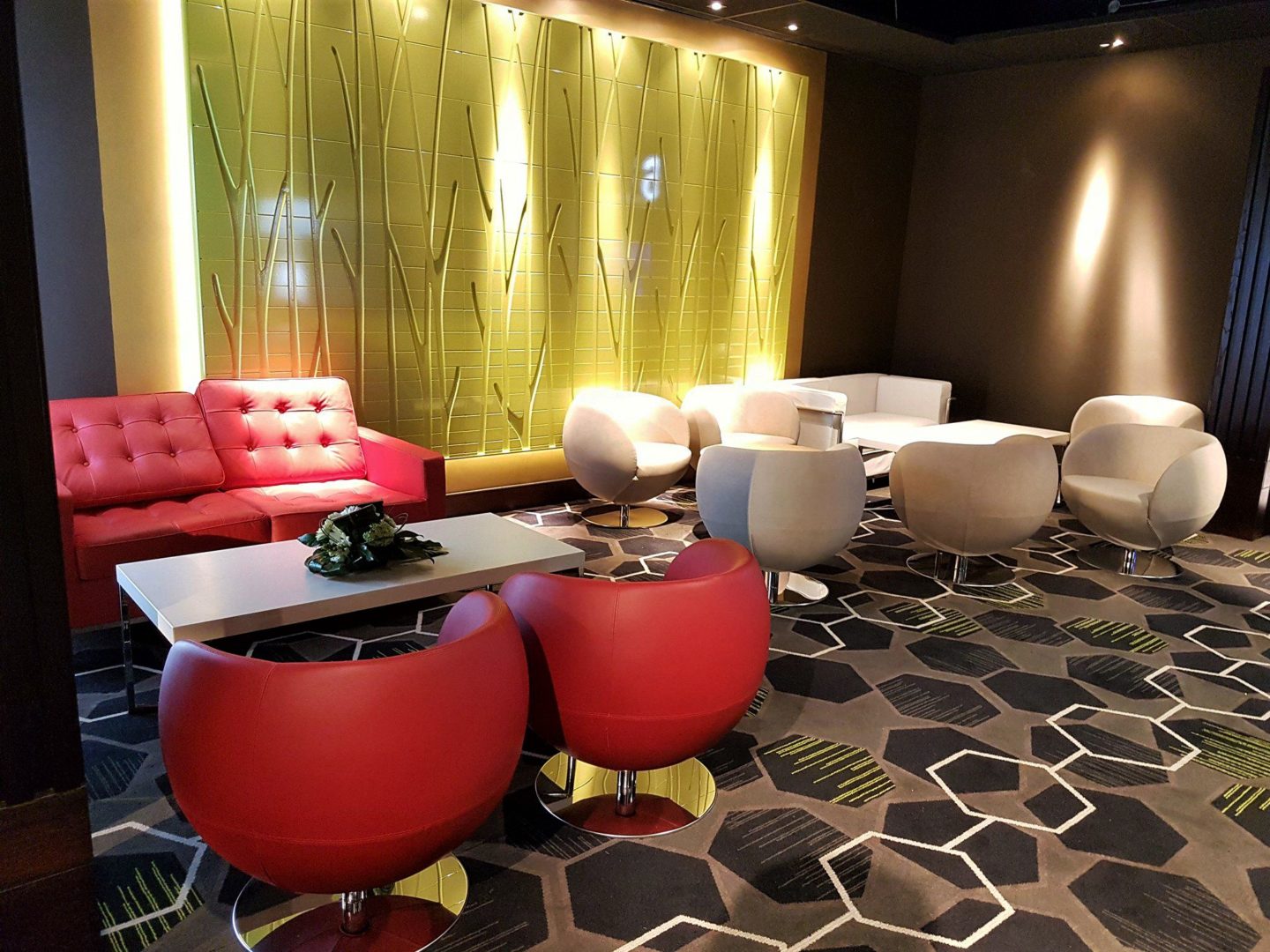 Soon enough, it was time to walk down the red carpet and into the auditorium! 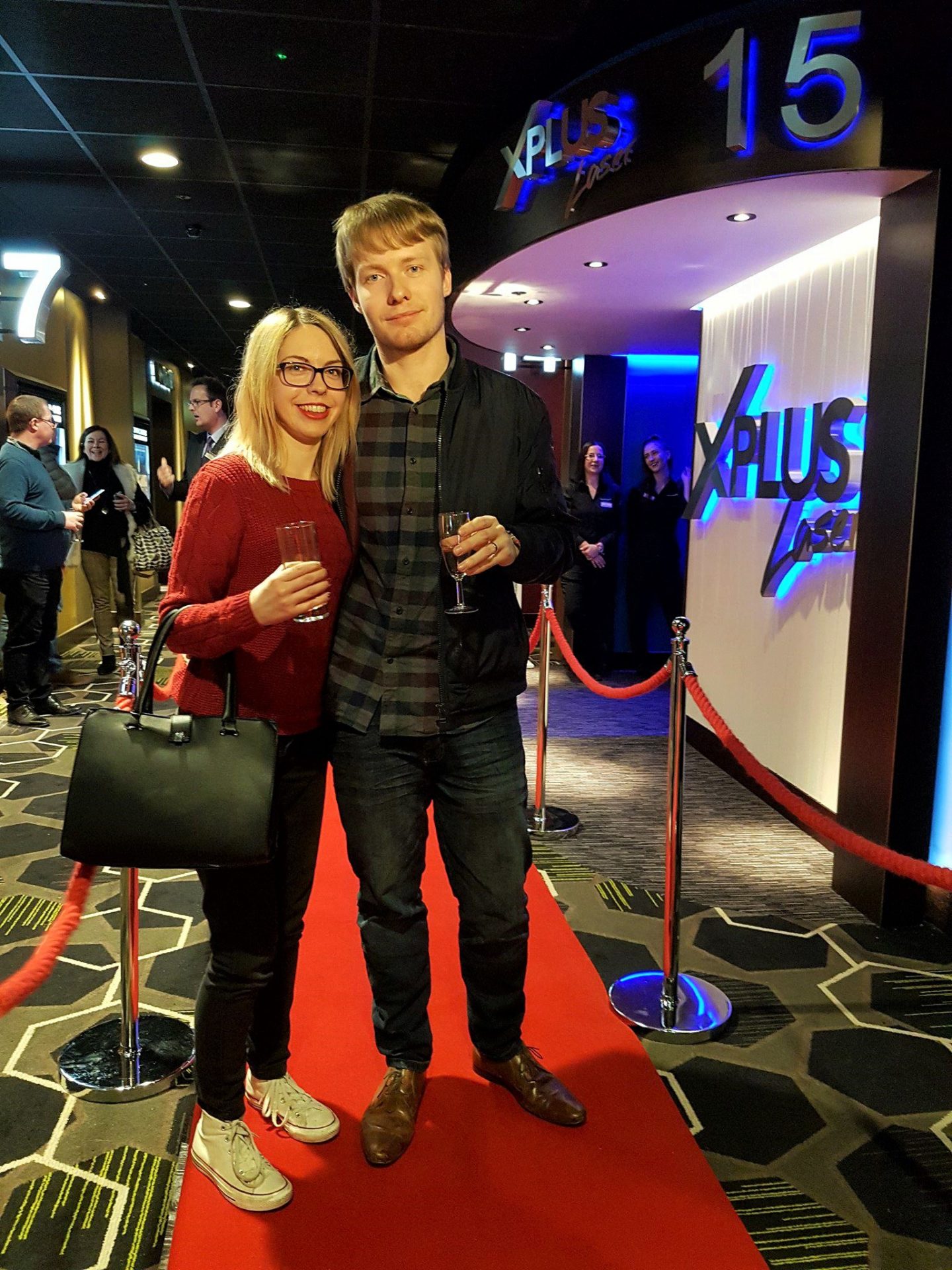 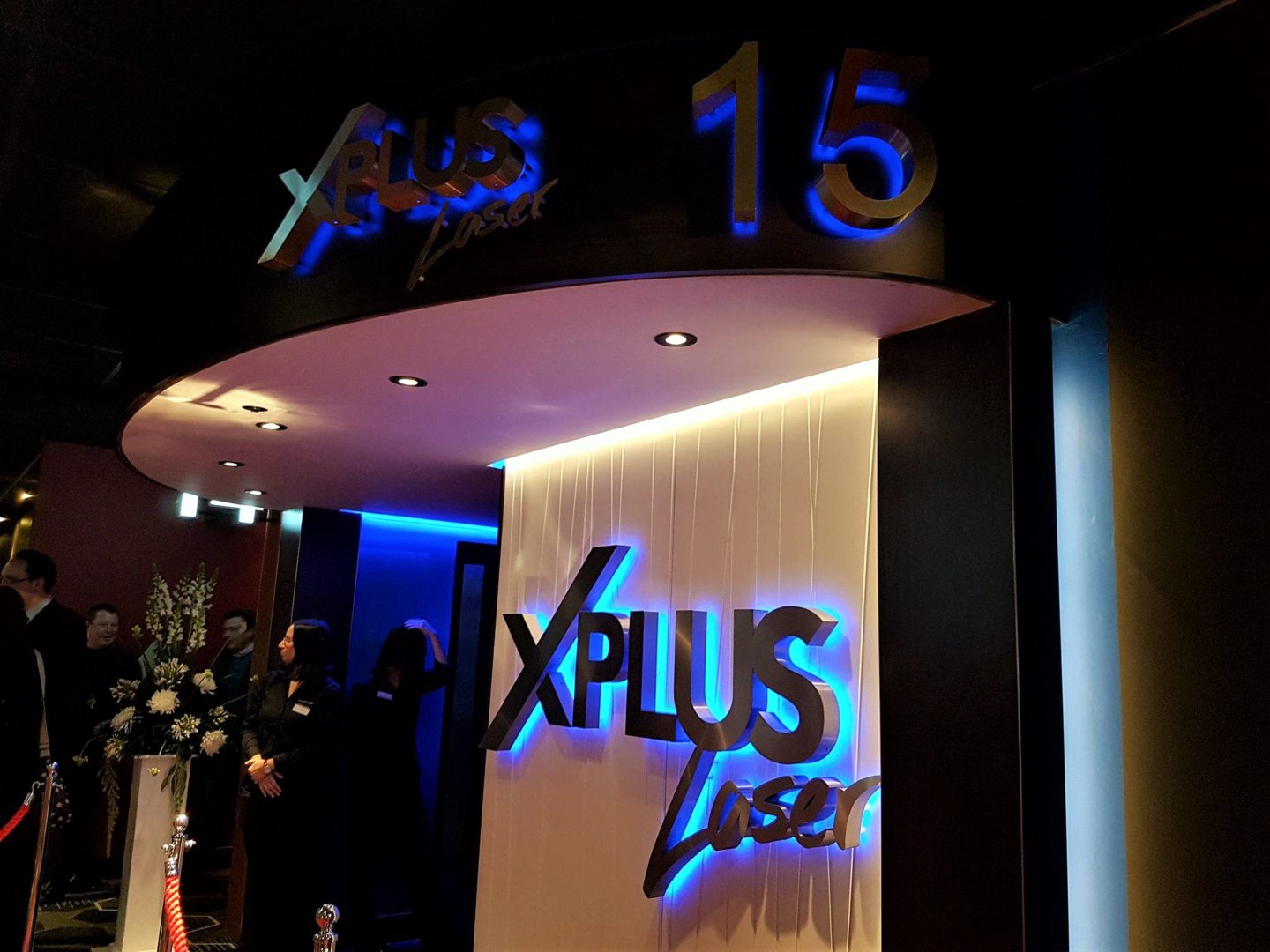 “Wow”, was definitely my first thought as I walked in. Everything looked so plush, with a huge curved floor to ceiling cinema screen which is almost 64 feet wide and 27 feet high. We took our lovely padded black seats and marvelled about the amount of leg room. Usually, I feel quite cramped up and uncomfortable in the cinema. So much so, that it actually often puts me off of going. I could already tell I was going to enjoy this much more than my usual cinema experience. 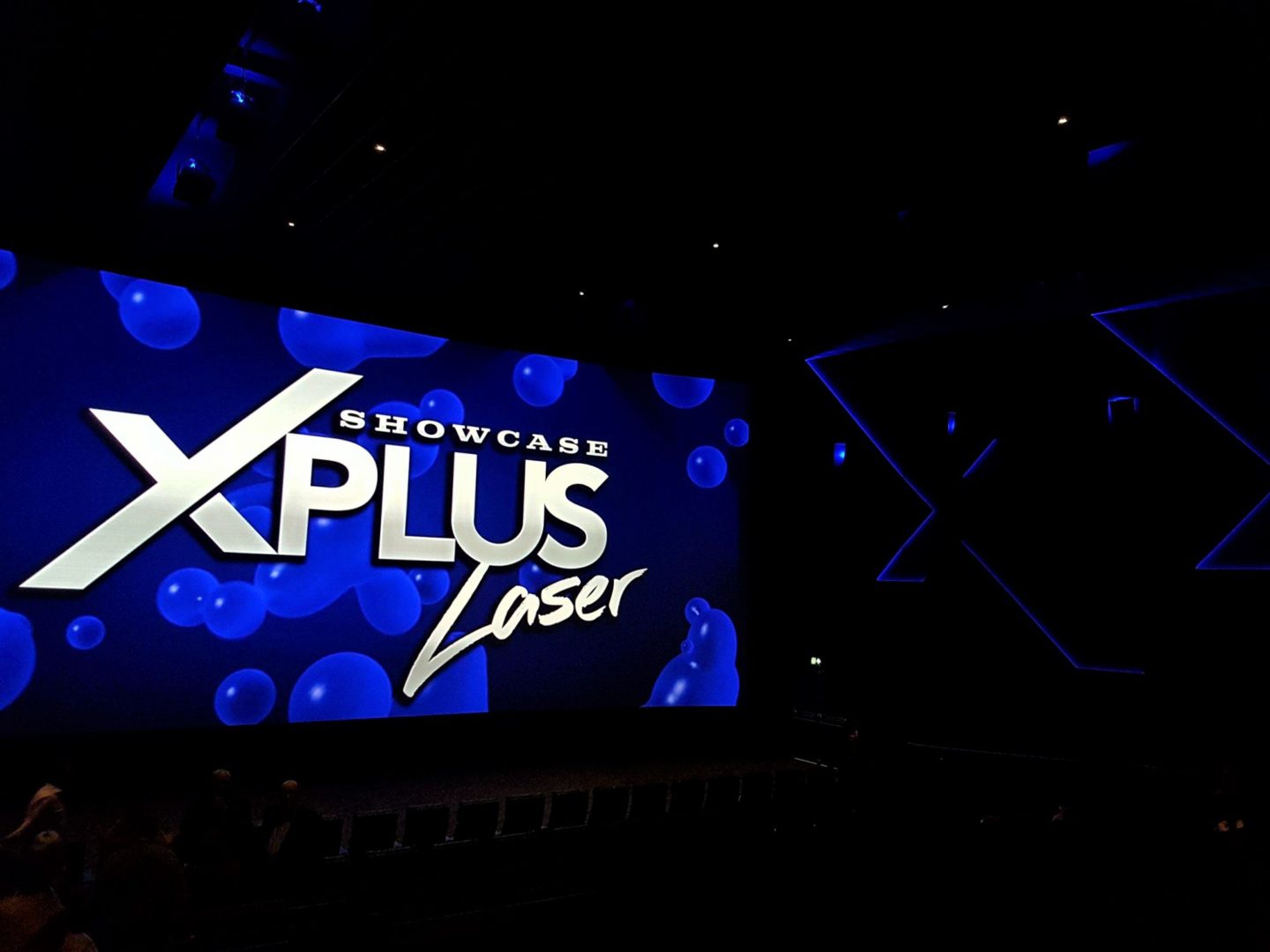 Mark Barlow, general manager of Showcase Cinemas UK welcomed us with a short speech. The Showcase Cinema at Bluewater was their first shopping centre venture when they purchased it almost 20 years ago in 1999. Since then, it has gone from strength to strength and is one of their busiest. Their previous largest improvements were a refurbishment, including the addition of an IMAX screen almost 4 years ago.

Next, Mark began to tell us about the features the four new screens boast. As he informed us how to use the fully customisable reclining seats he joked “If you fall asleep, fine. If you start to snore, you’ll be thrown out!”

We were shown four short demonstrations, my favourite of which sounded like a thunder storm. The Dolby Atmos™ sound system consists of 80 speakers surrounding you, even going across the ceiling. This makes the sound feel very 3-dimensional and makes it feel much more realistic. It also looks quite something, as each of the speakers has its own processor and lights up when it is in action. As for the quality of the XPlus Laser projection, it was brilliant and the colours of a volcano on the screen were so vivid.

As the film began, I fully reclined my chair. It was so comfortable! As I had the aisle seat, I had the benefit of two cup holders. This was just as well as I still had a glass of drink as well as a complimentary bottle of water.

The movie Downsizing is about a couple (Matt Damon and Kirsten Wiig), who shrink to 5 inches tall in order to get more for their small budget, have the house of their dreams and generally have a more luxurious lifestyle. It was good, but perhaps didn’t show off just what this particular auditorium can do in terms of sound. I think perhaps an action film would show it off more and I’d love to return to see one there. However, that said, I have never been so comfortable at the cinema and the screen was amazing. At some points, I almost felt like I was looking directly at the actors as the screen was so clear. I also loved the fact that when people got up to go to the toilet, I didn’t have to move an inch even when I was fully reclined!

Also putting the new auditorium to the test was the UK’s tallest man, Paul Sturgess. He is a huge 7 foot, 7 inches tall and as such could really put it to the test. The good news is that even he could recline comfortably! 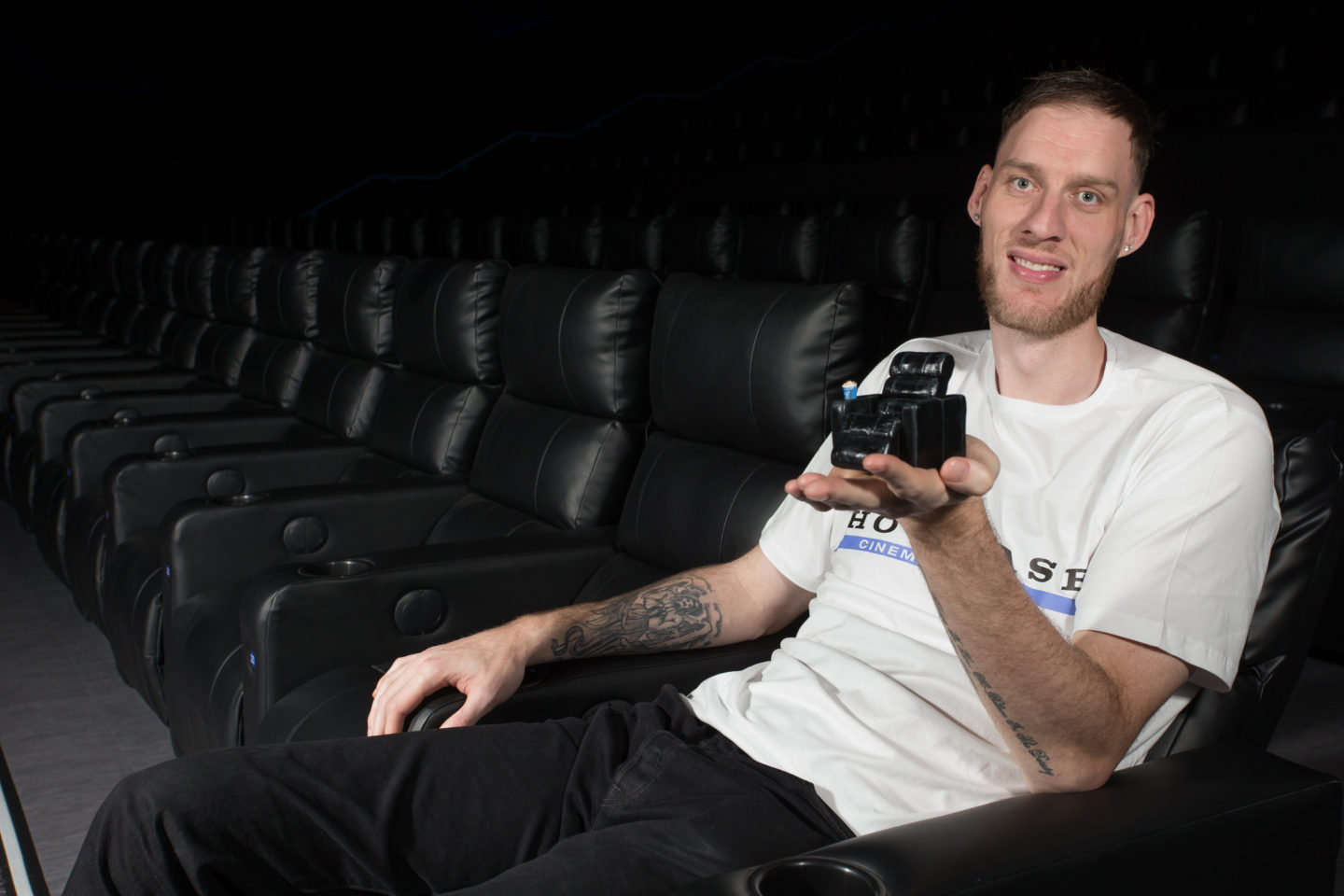 It certainly was a great night and I’ll definitely be returning in the future.

Disclosure: I enjoyed a movie at one of Showcase Cinema de Lux Bluewater’s new screens as well as food and drink, in exchange for this review. As always, all views and opinions are honest and my own.

Should You Get A Family Van?

7 Christmas gifts you haven’t thought of

Who owns this number plate?

Welcome to my blog! I'm Laura, a 27 year old first time mum. I live in Kent with my high school sweetheart husband Dave, and our daughter Autumn. When she came into the world in September 2016, we knew that life would never be the same again!

I write about my experiences of parenting, as well as my plethora of interests including fashion, beauty, cars, weddings and the home.

Sudocrem Get Out and Grow Ambassador

We use cookies to ensure that we give you the best experience on our website. If you continue to use this site we will assume that you are happy with it.OkWhat are Cookies? Why do we use them?