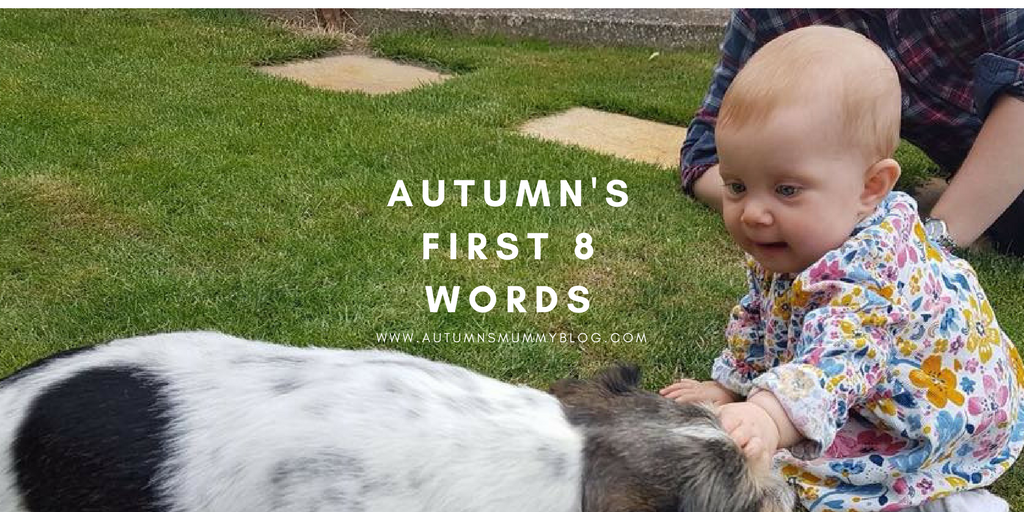 By the time they reach 13 months old, children usually have a vocabulary of around 3 or 4 words. Of course, this does vary as babies and toddlers develop at different rates. It’s so fun seeing what word they’ll learn to say next, though. I remember when Autumn said her first word it was kind of a “Did that really just happen? Did she say that?” moment and I’m still finding it like that.

Autumn was a little ahead of the curve when it comes to speech development, as she could say 8 words when she reached 13 months. Here they are!

Autumn’s first word was Mama shortly before she turned 10 months old. Apparently the most common word for babies to learn first is Daddy, so I was a little surprised but happy! 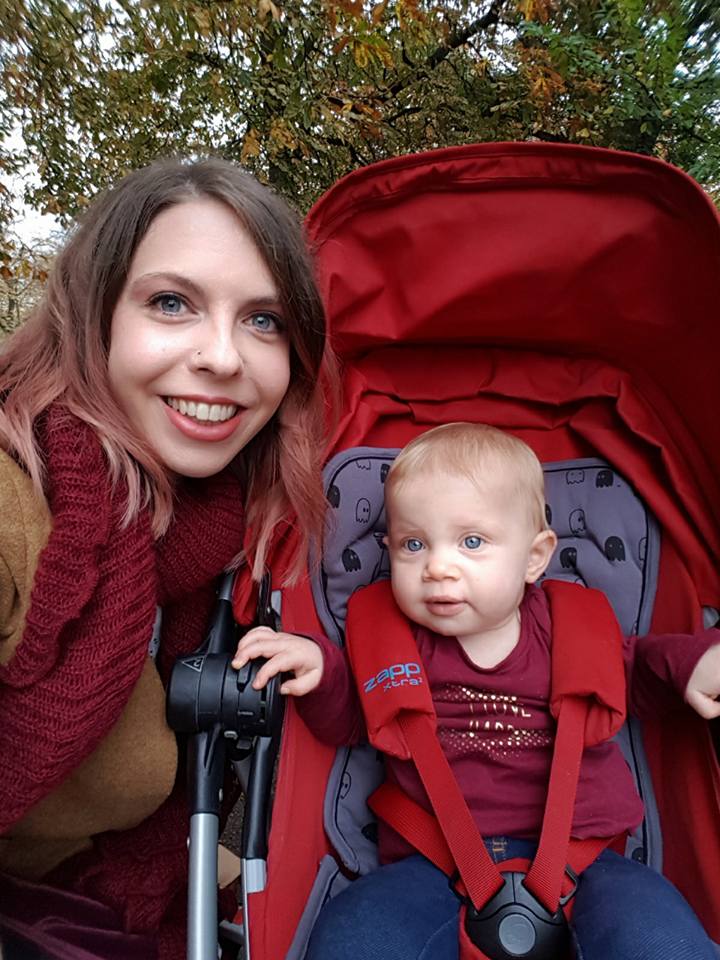 Ever since she was tiny, Autumn has been mesmerised by our pet cat. She gets so excited when she sees her. For months, whenever I saw her looking at the cat, I’d say “cat”. I hoped that this would teach her what a cat was and encourage her to say it when she was ready. As it was her second word, I think my technique worked quite well! 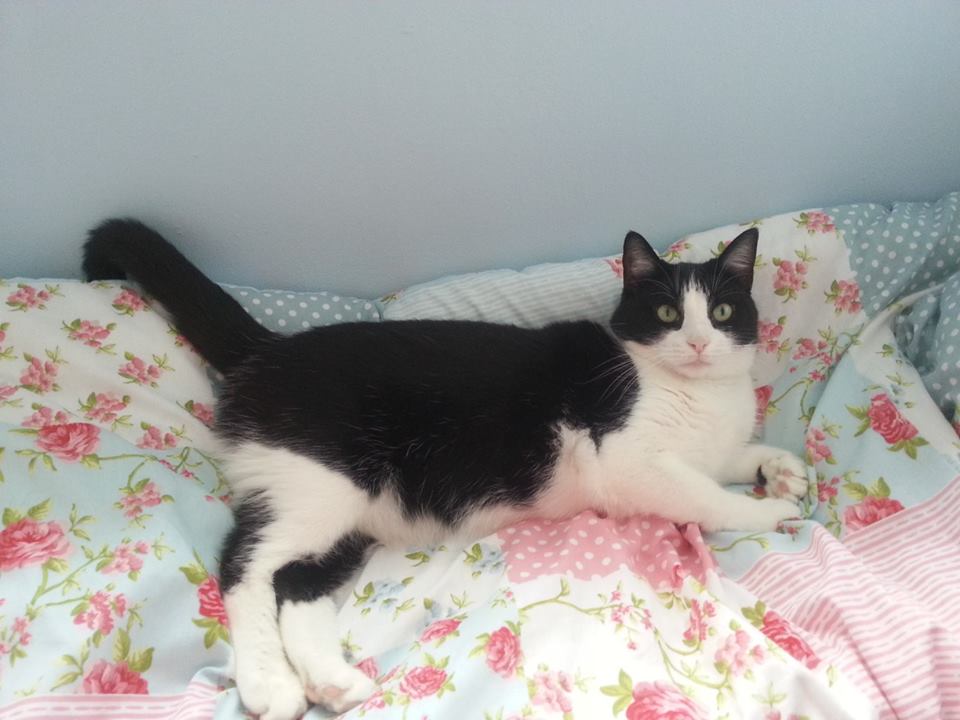 Autumn’s 3rd word is still her most favourite. Unless she’s upset, when “Mama” comes into play, Daddy is something she says a LOT. She went through a phase of saying Daddy to everything and still does a little bit. However, she says it more when she sees Dave and she did say it when she pointed at a photo of him the other day. As such, I am sure she knows what it means. However, I think she just likes the sound of it too! 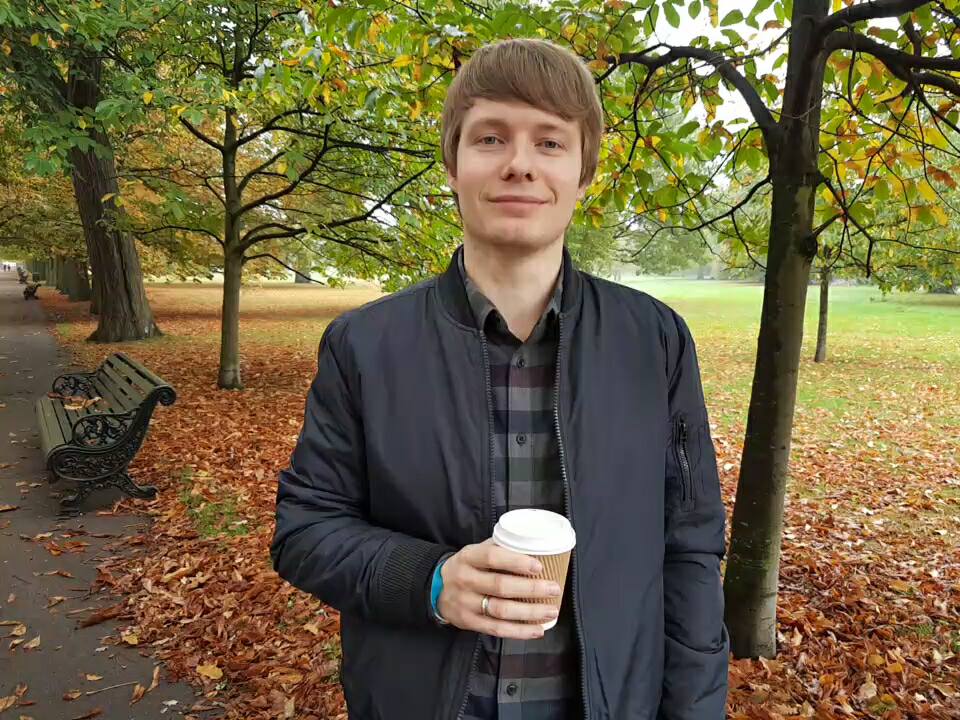 Autumn is obsessed with animals. Whenever we’ve visited family with dogs, she’s always loved them. I’ve recently gone back to work and she loves her childminder’s dog! Apparently when she was in her high chair having lunch, she was pointing at him and saying “doggy!” 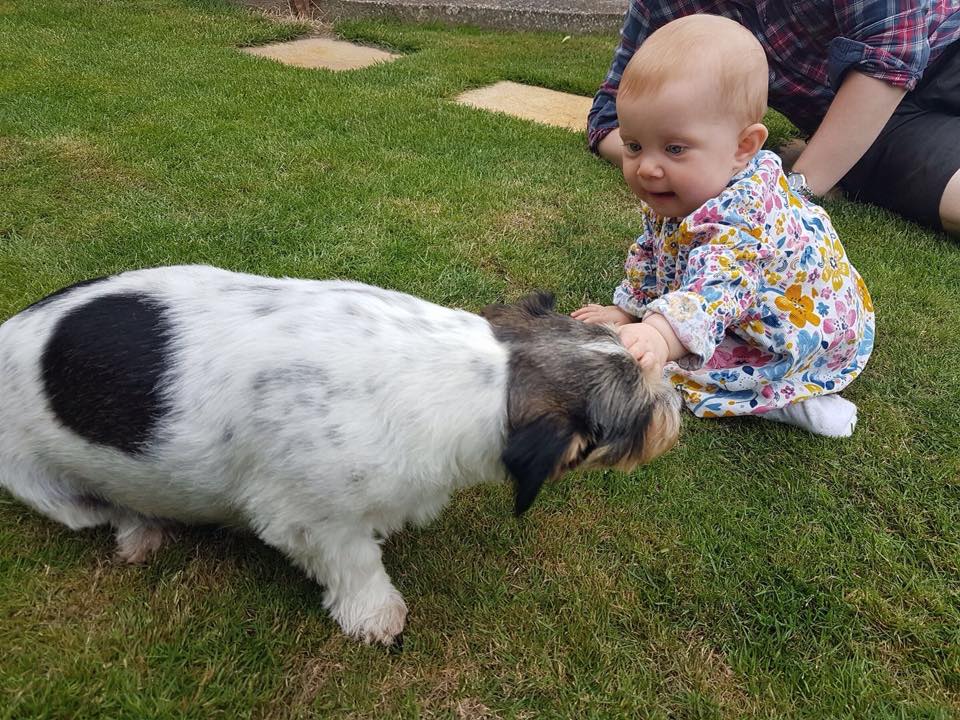 I’ve always called Autumn “baby” quite a lot, as well as her actual name. I bought her a doll for her first birthday and regularly talk to her about it and play with it with her. When I do so, I refer to it as baby. She has recently started saying baby to it too on occasion! 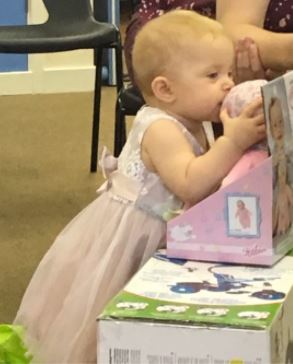 Autumn has waved goodbye to people (or sometimes animals or objects) for months now. However, she sometimes says “bye bye” to them too! 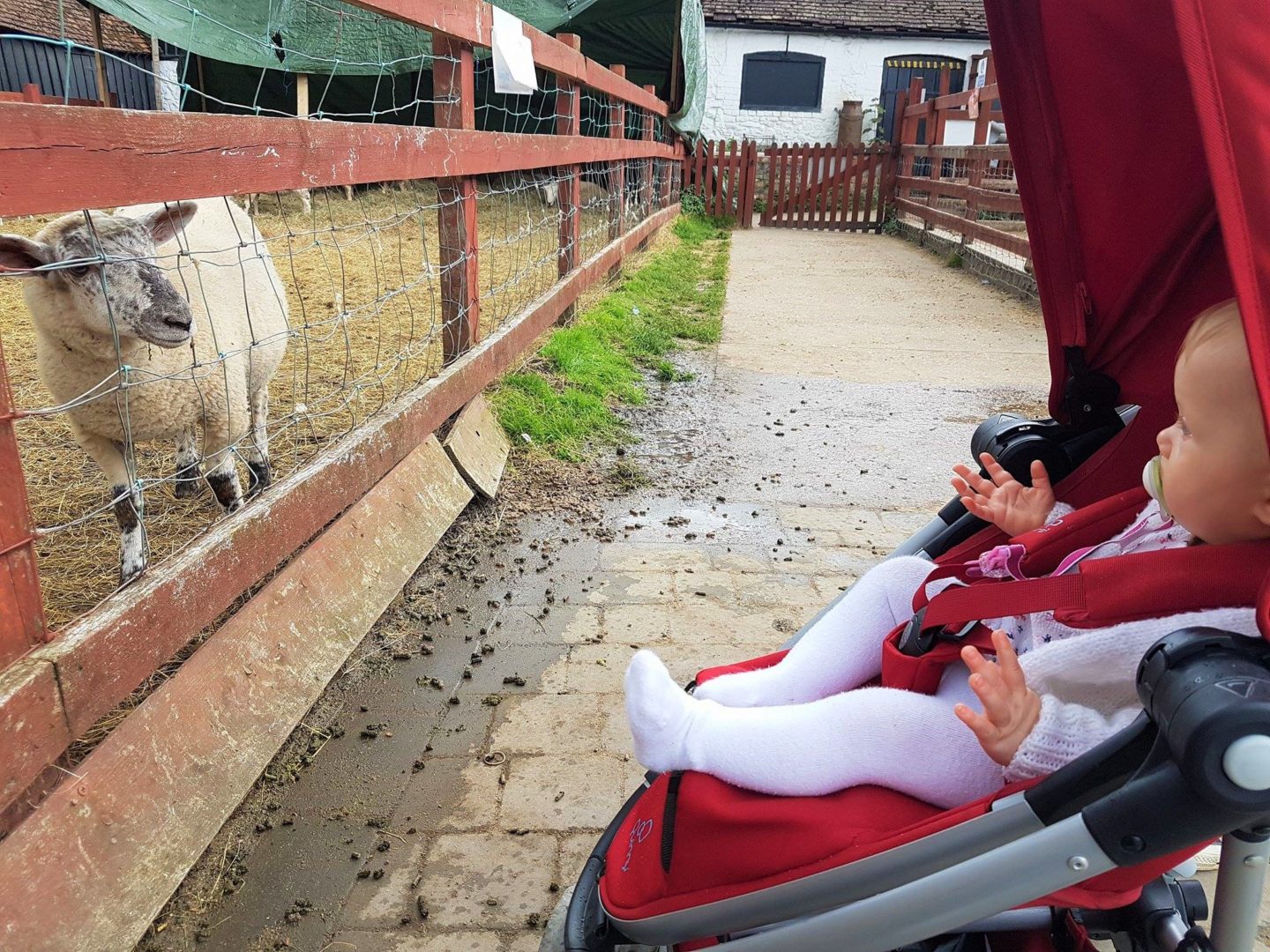 Okay, so it’s not a distinctive hello, but she’s definitely trying to say it when greeting people. It’s more kind of like the Teletubbie “eh-oh” at the moment, but I think it counts! 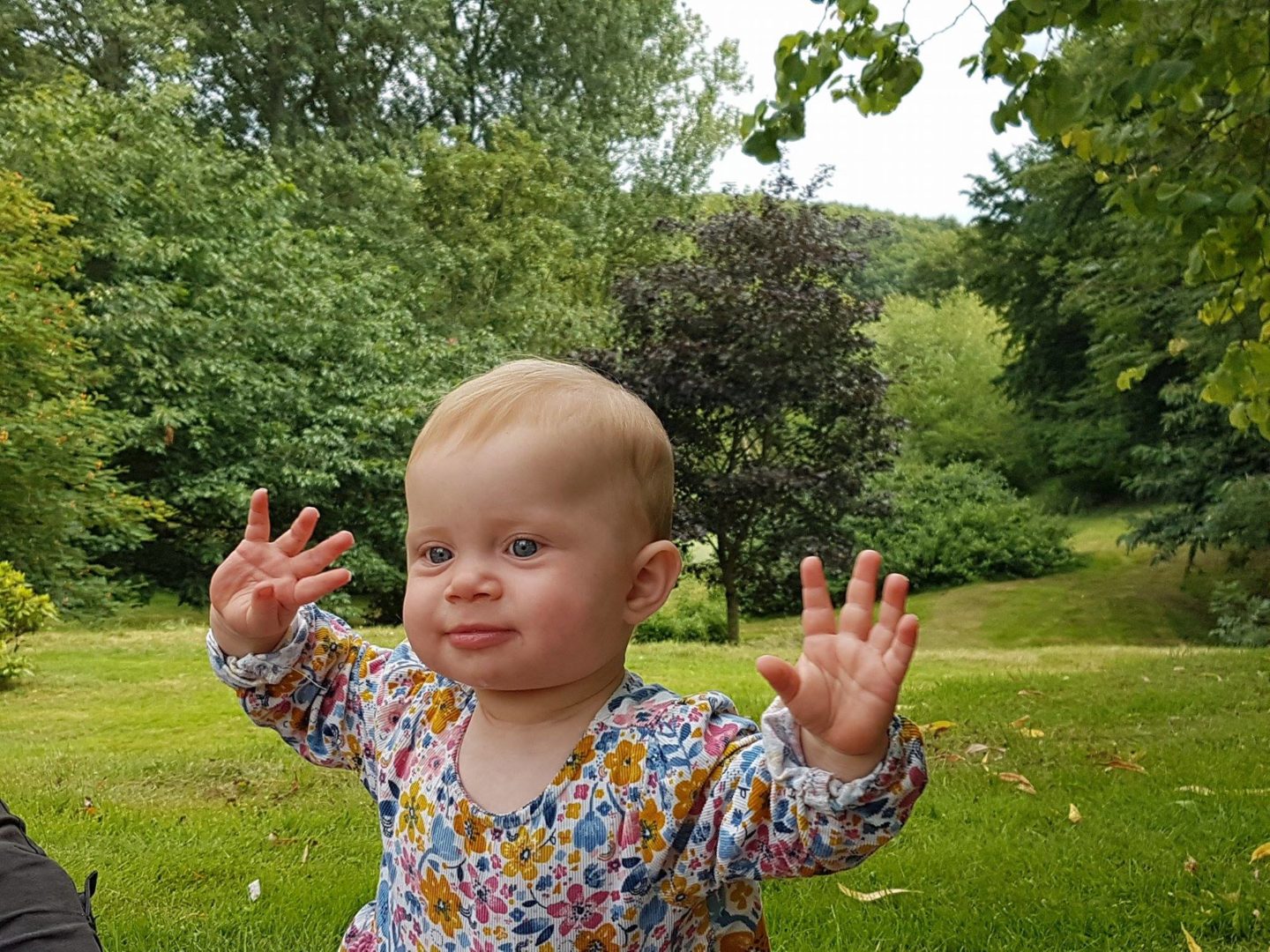 When I was at my mum’s house recently, Autumn had her pink teddy bear with her. I was talking to her about it and she said “teddy!” whilst picking it up and cuddling it. It was adorable!

As well as being able to say these words, she also understands some phrases too. For example, she goes and chooses a book when I ask her to get me a book. She doesn’t just pick up the one closest to her either, she actually looks through and decides which one she wants me to read to her. If I ask where her teddy or dolly are, she goes and finds them for me.

What was your child’s first word?