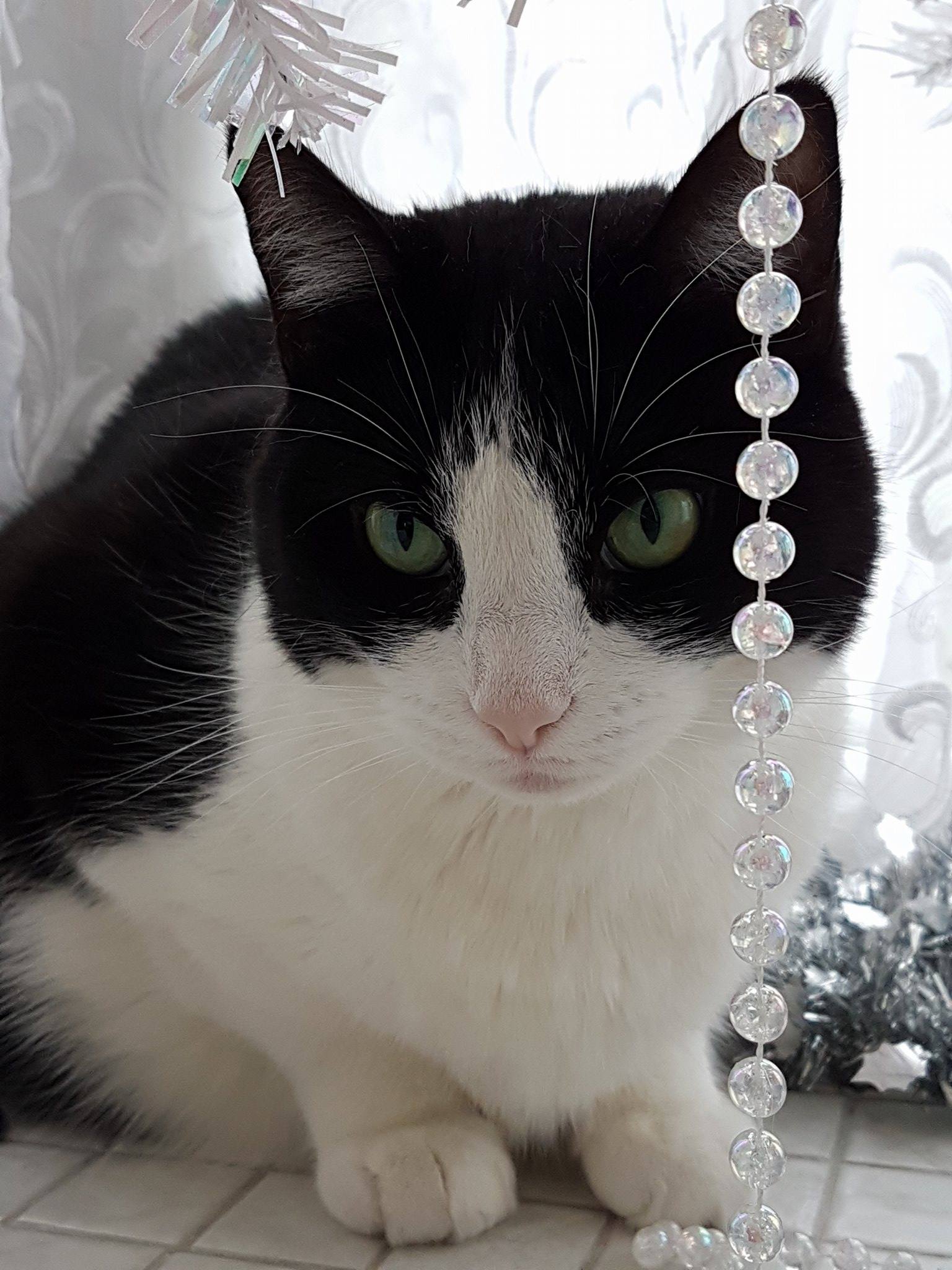 Contains Sponsored Links¦ Back in 2010 when I was 18, my parents decided they were going to adopt a rescue cat from Cats Protection League. I’d practically moved out a couple of months before to live with my then boyfriend, now husband and was disappointed they’d never had a cat when I lived with them as I’d always wanted one but also excited that there was going to be a new cat in the family!

I still remember when my Mum received the phone call saying they may have found a cat for us and going to have a look at her to decide if we wanted her. We had cuddles with her and fell in love. She’ll take a tiny bit of fussing in the right mood and then hiss, but I still love her to bits! We think that her life before us was probably not very good, because she was very thin when we first got her and incredibly jumpy -even just the slightest noise would startle her and send her running. Often you don’t know much about a cat’s previous life, but Cats Protection League rescue them from all sorts of awful situations- in this case all we know was she was dumped in a bag. These days she’s still a little jumpy but much less so, I think it has done her a world of good being in a loving home and her favourite places are in front of the fire, on the windowsill in the bay window watching the world go by and my Dad’s armchair! She never worried about what kind of food at first, but now she’s really fussy! (If you’re at your wits end not knowing what to feed your cat, check out nutra thrive for cats reviews).

Fast forward to 2013 and my husband and I had bought our house the summer before. Settled in, we decided to adopt a cat. He didn’t take much convincing – cats are little fun fluffy bundles of awesomeness after all! It was January and snowing when we went to our local Cats Protection League adoption centre. As a cat lover, (I love dogs too, but I’m definitely more of a ‘cat person’), I was in paradise! There were so many lovely cats and kittens to choose from, but none of them really caught my eye until we saw “Cassandra”. Her little nose was so pink in the subzero temperatures and she kept meowing so cutely. When we asked to see her closer, she kept going around our legs nuzzling us and was so friendly!

We agreed a date to come and collect her – and that date was 4 years ago today! When we brought her home, she was very timid at first, hiding behind the sofa. Eventually I managed to entice her out with some gentle talking and a handful of treats (she loves her food so much, it was probably actually only the treats that did it!) Since then, she’s been such a wonderful companion and has a lovely personality. She’ll let you fuss over her for ages, which will be good when Autumn is toddling as she is very patient. Don’t get me wrong, she’s also very cheeky! I remember once I was standing in the doorway of my husband and I’s bedroom and he was standing in the middle of the room, with Cassie in between us. I said “Quick, the window’s open! Close it, quick!” Before Dave could get to the window, she’d looked from Dave, to me, to the window, to me and then bolted to the window – she knew exactly what was going on!

In the UK and around the world, lots of people allow their cats to continually breed, which leads to a lot of unwanted kittens! Sometimes they are sold before they should be separated from their mothers and aren’t kept in very nice conditions. When you adopt a cat or kitten, you’re helping a charity to look after more animals and not buying into the cat breeding trade. Unlike a lot of cat breeders who do it for profit, the charity are much more interested in the cat than the money – you have to fill out forms so that they can check you are going to be a suitable owner and in some areas they visit your home to get an idea of the sort of environment the cat is going to be living in.

I can’t speak for other charities, but when you home cats from Cats Protection League, they have had health checks, have been de-wormed and de-flead, had vaccinations and been neutered or spayed. They do request that you make a donation in return, which I think was £65 back in 2013, so it may have gone up. You can donate more of course, but that was the suggestion as that was the amount needed to cover the cost of vets fees for your cat.

Hopefully it’s then a happy ending for everyone – you get a new lovely furry companion, they get a new home and are loved and looked after and you’ve made another space for another cat to be looked after by the charity!

Do you have any pets and would you consider adopting from an animal charity?

9 thoughts on “When Cassie cat found her forever home”