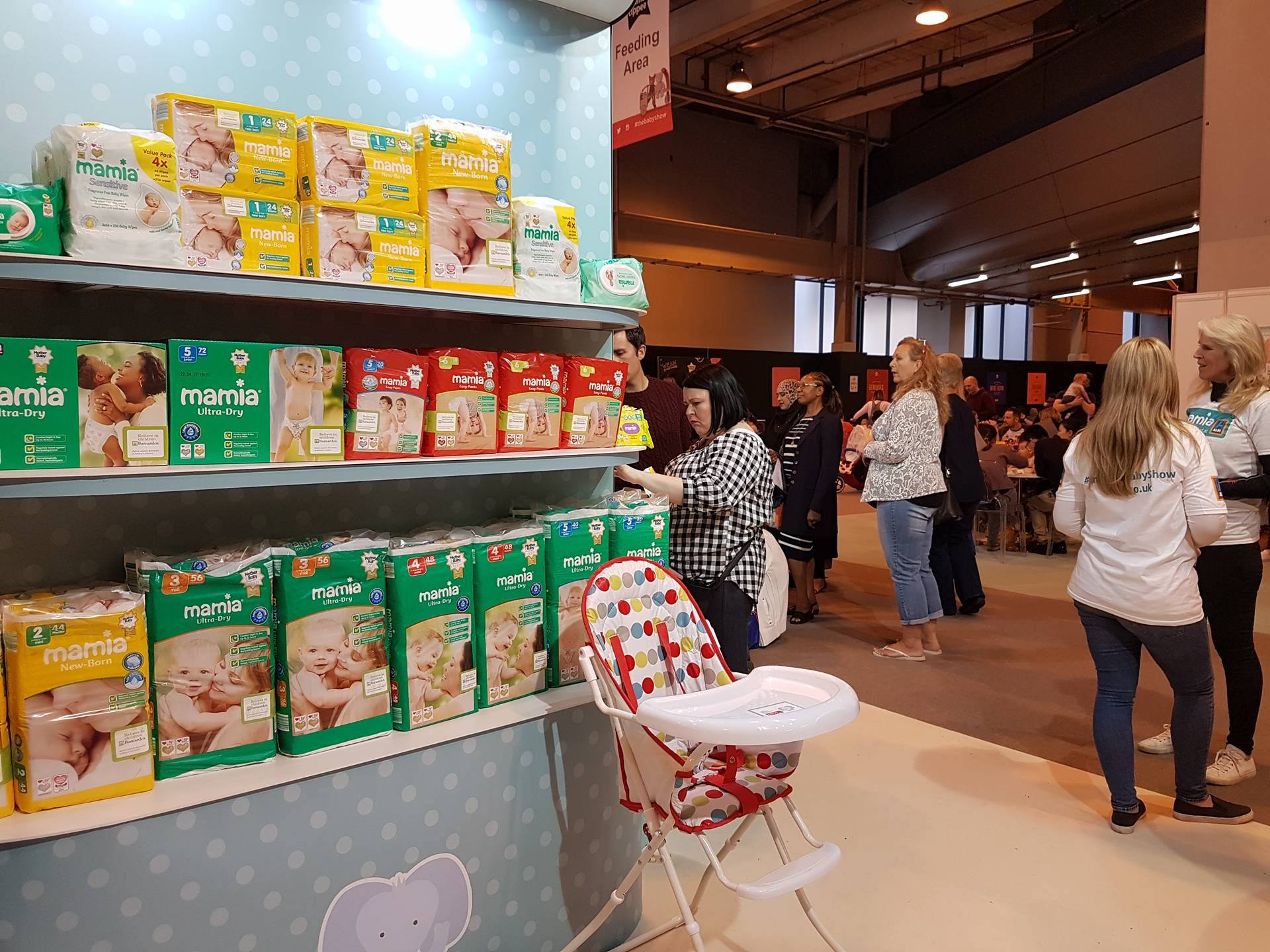 If you’ve been following my social media, you’ll know that we spent a couple of days in Birmingham at the weekend. We went to This Morning Live at Birmingham NEC on Friday, with complimentary tickets we got from the press launch last month. However, we stayed another day as Aldi Mamia kindly invited us to attend The Baby Show. An event for expectant parents and new parents, there was an plethora of stands.

We had a wonderful stay at Elmdon Lodge. Even Autumn woke up feeling refreshed! 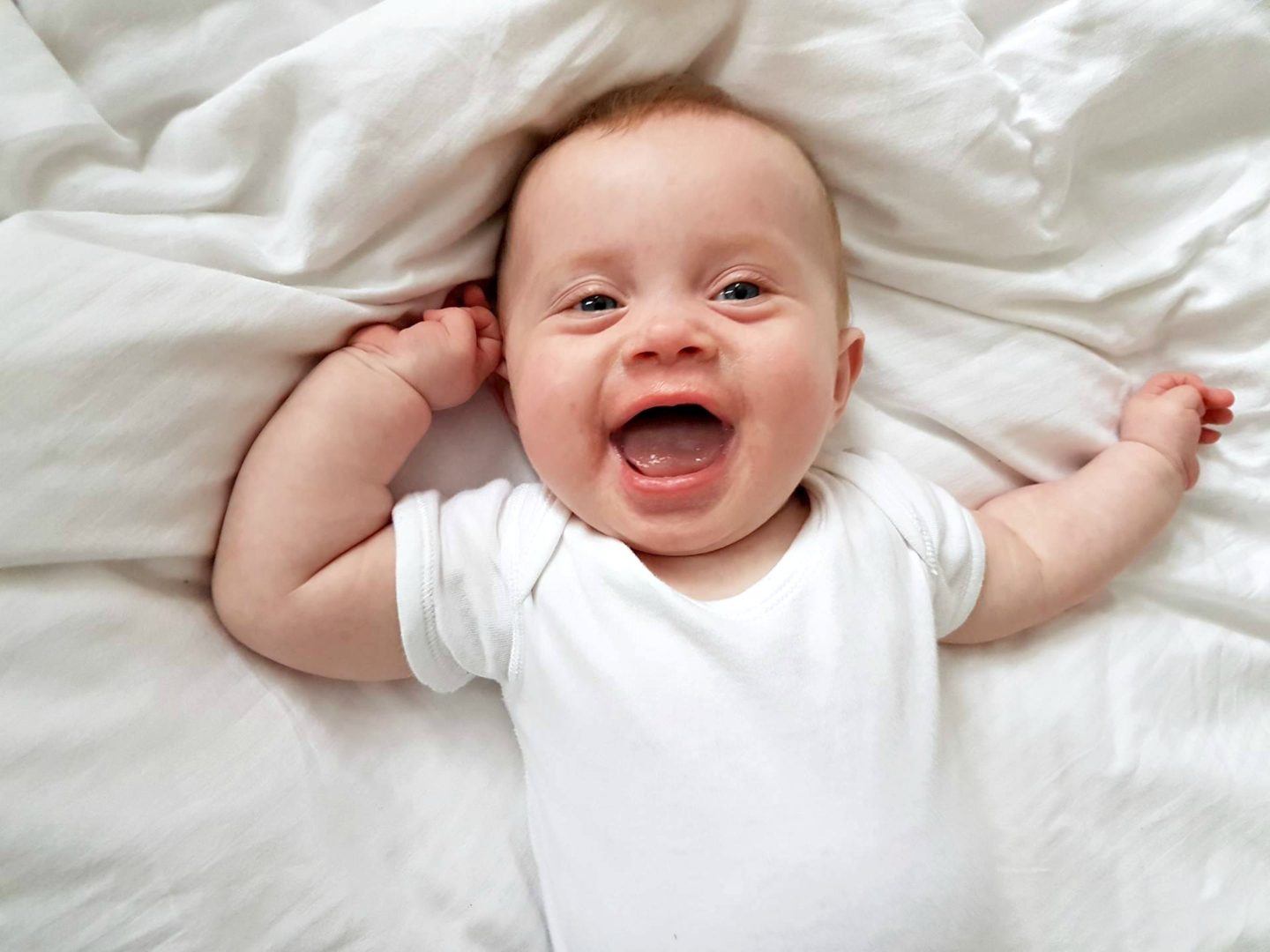 Once we’d eaten breakfast and got dressed, it was time to go to the NEC! 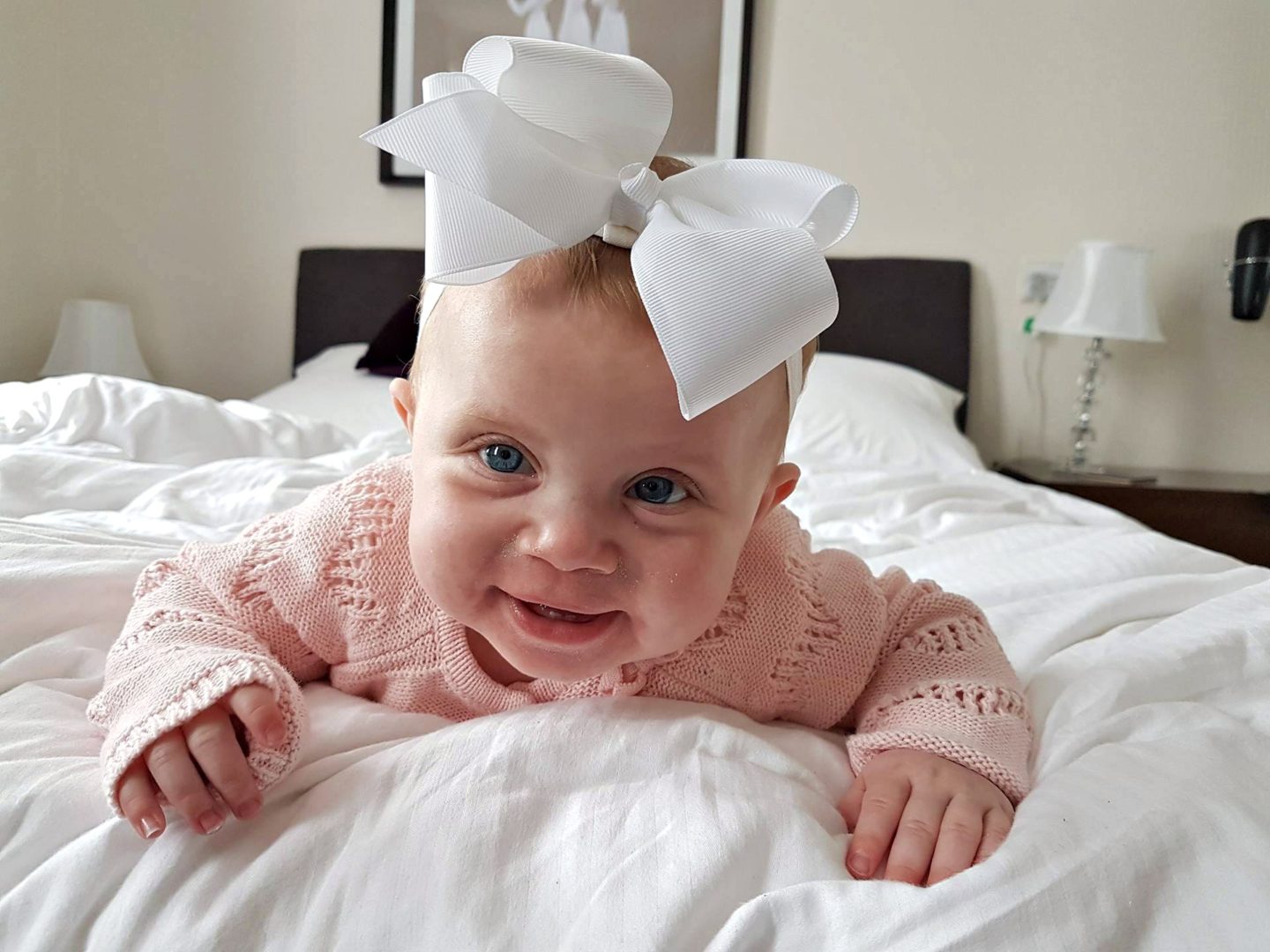 Despite having been to the NEC the day before, I was still overwhelmed by the size of it and the amount of stands! Volvo were right at the front with some shiny new models that looks very family friendly. 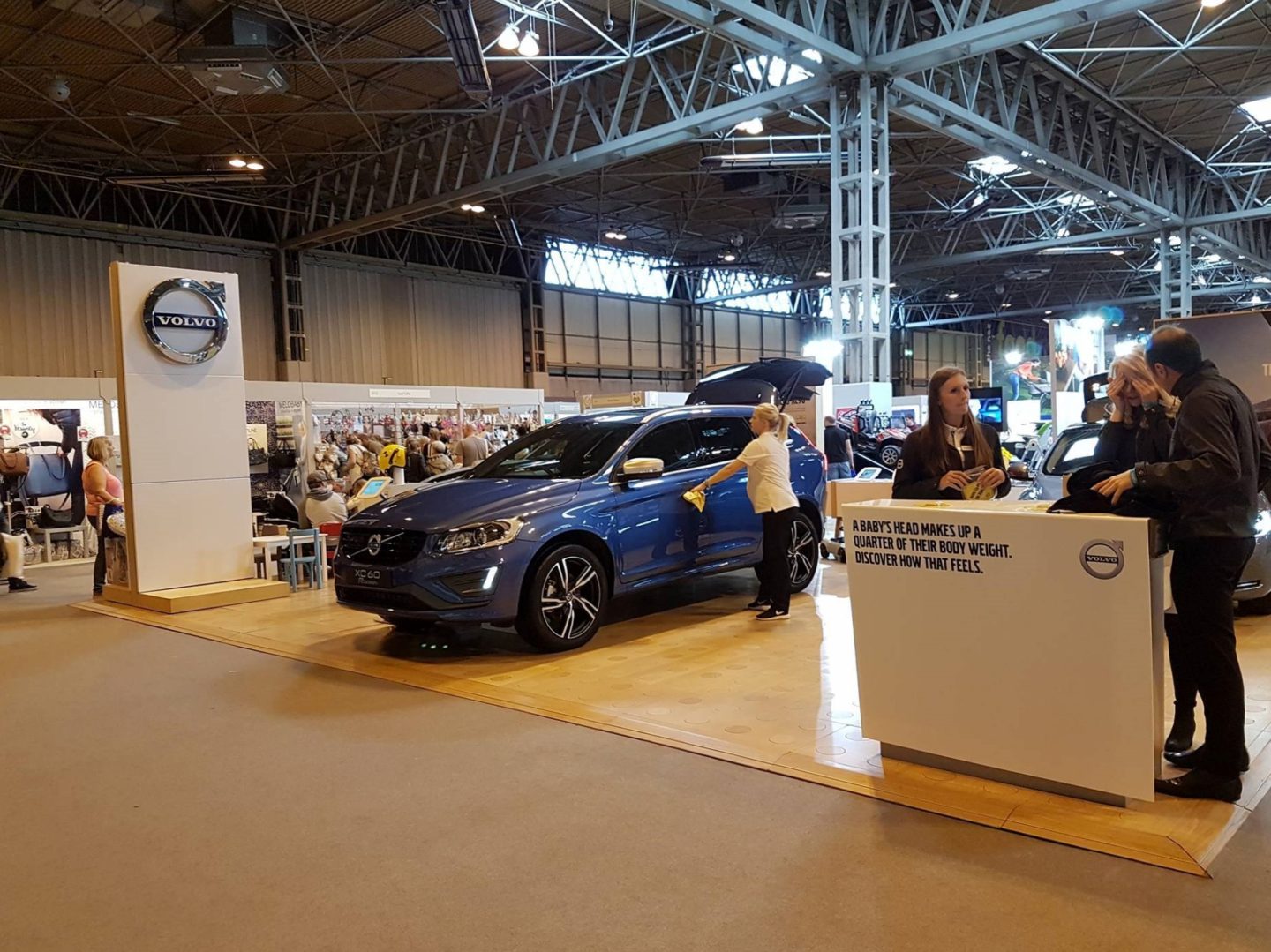 We’d only been inside the show for a couple of minutes when I spotted Iggle Piggle. It’s sad, I know, but I was very excited (much more so than Autumn). I found myself literally chasing after Iggle Piggle trying to get a photo of us both with him. 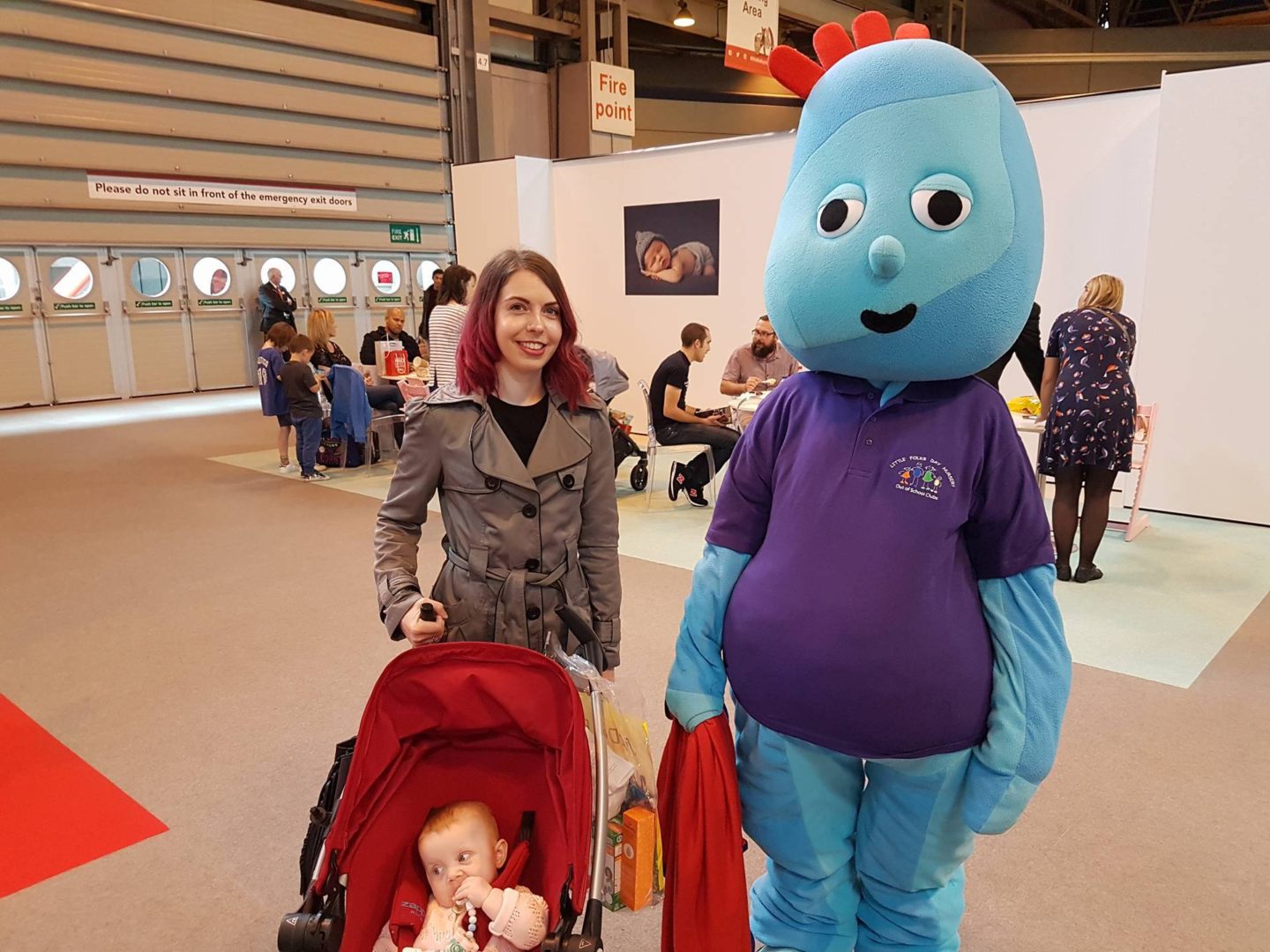 Once the Iggle Piggle photo was in the bag, I set out to find Mamia‘s stand. I was very impressed by the archway made of nappies! If I remember correctly, they were size 6 nappies. It’s probably just as well, as if they’d used size 1s it would have taken them even longer to make! As well as displaying their goods, they had a princess doing a show for children at the event. 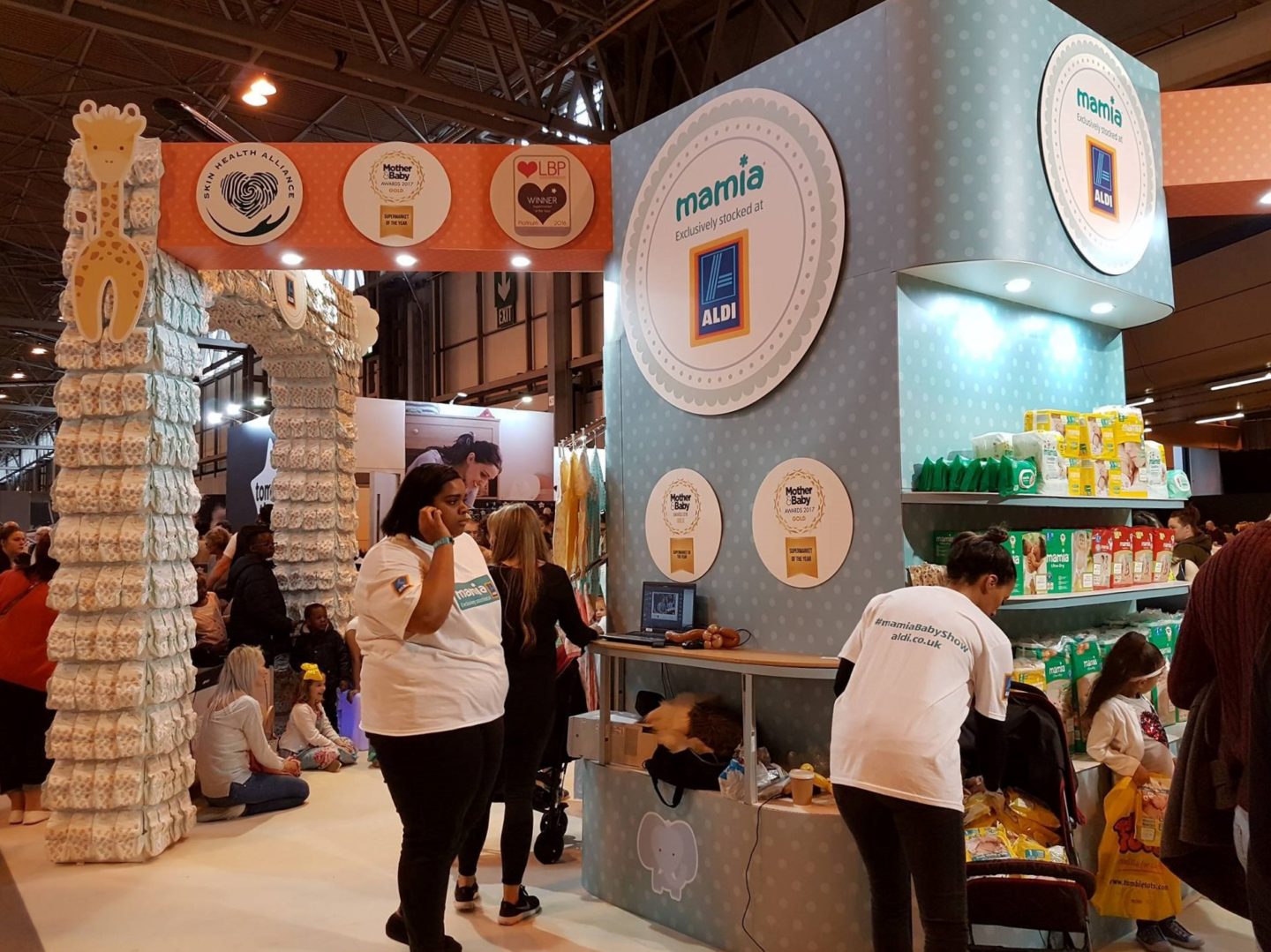 As well as the archway, they had a nappy cake. 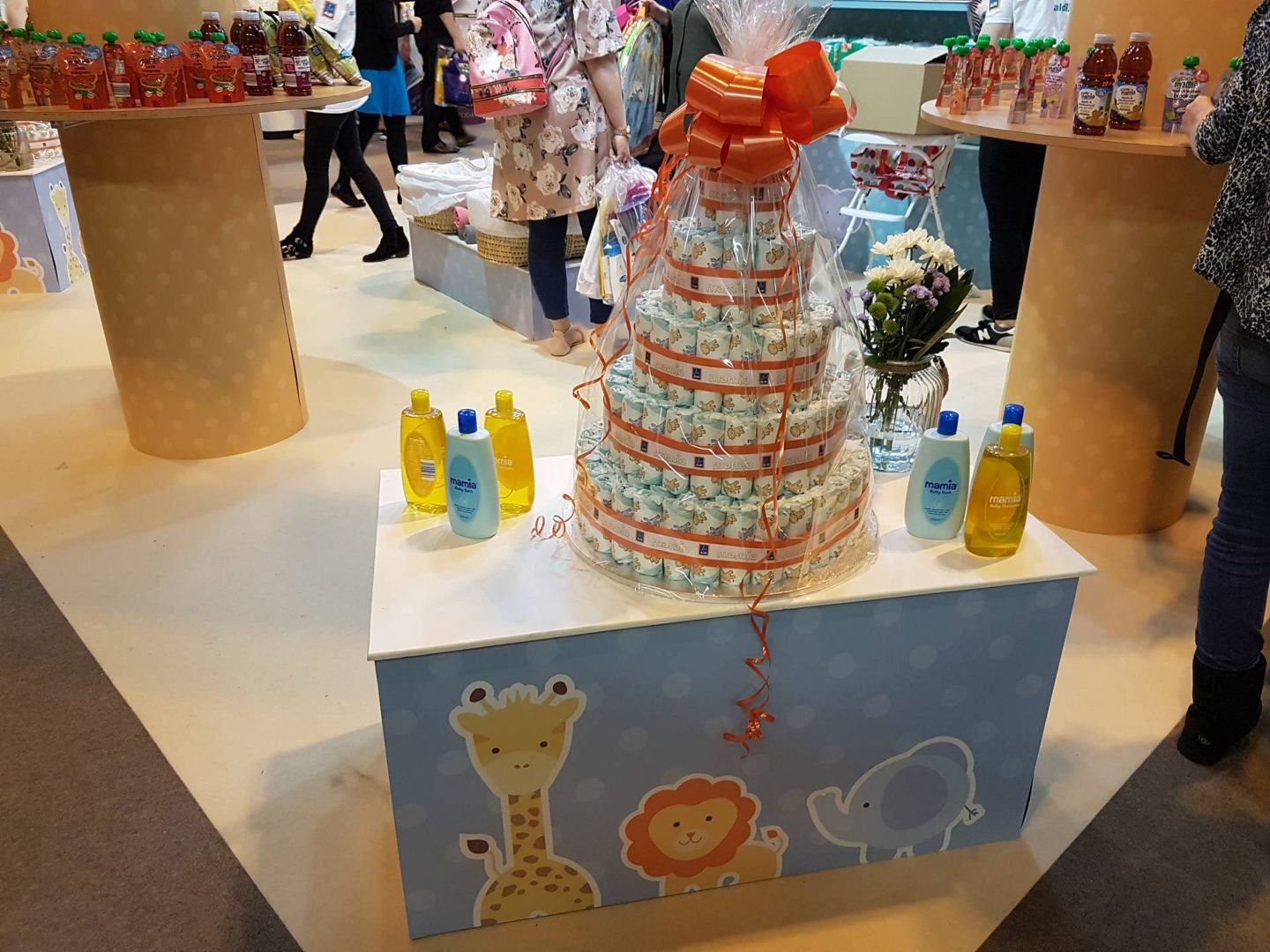 We’ve always bought Mamia nappies for Autumn since she was born. She’s in size 3 ones currently and she absolutely loves trying to communicate with the baby on the side of the packet! 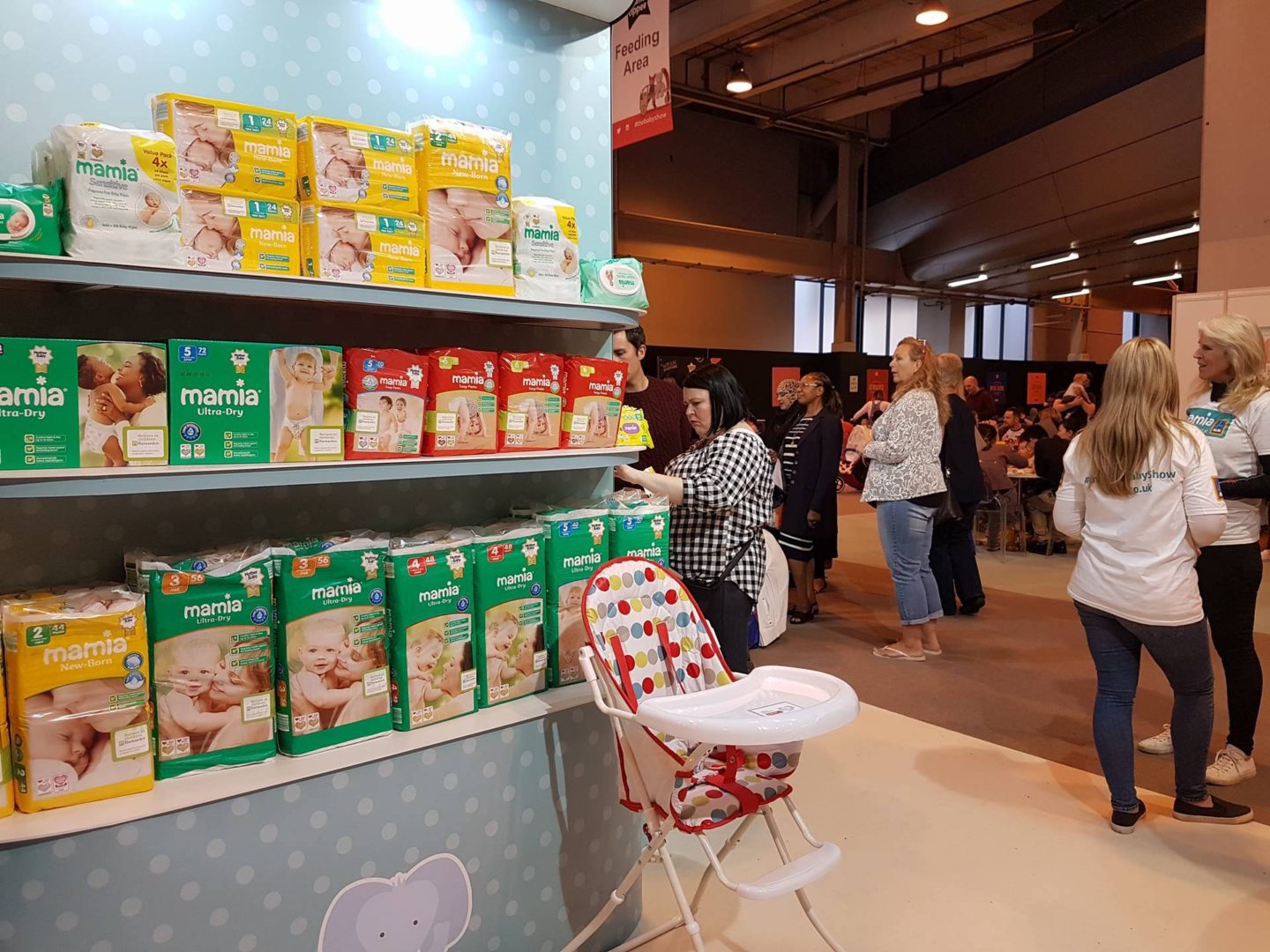 Autumn also often has their food pouches, however, there were some flavours at the show that I hadn’t seen before! I’ll be going further afield to our second closest Aldi 8 miles away to see if I can get some. 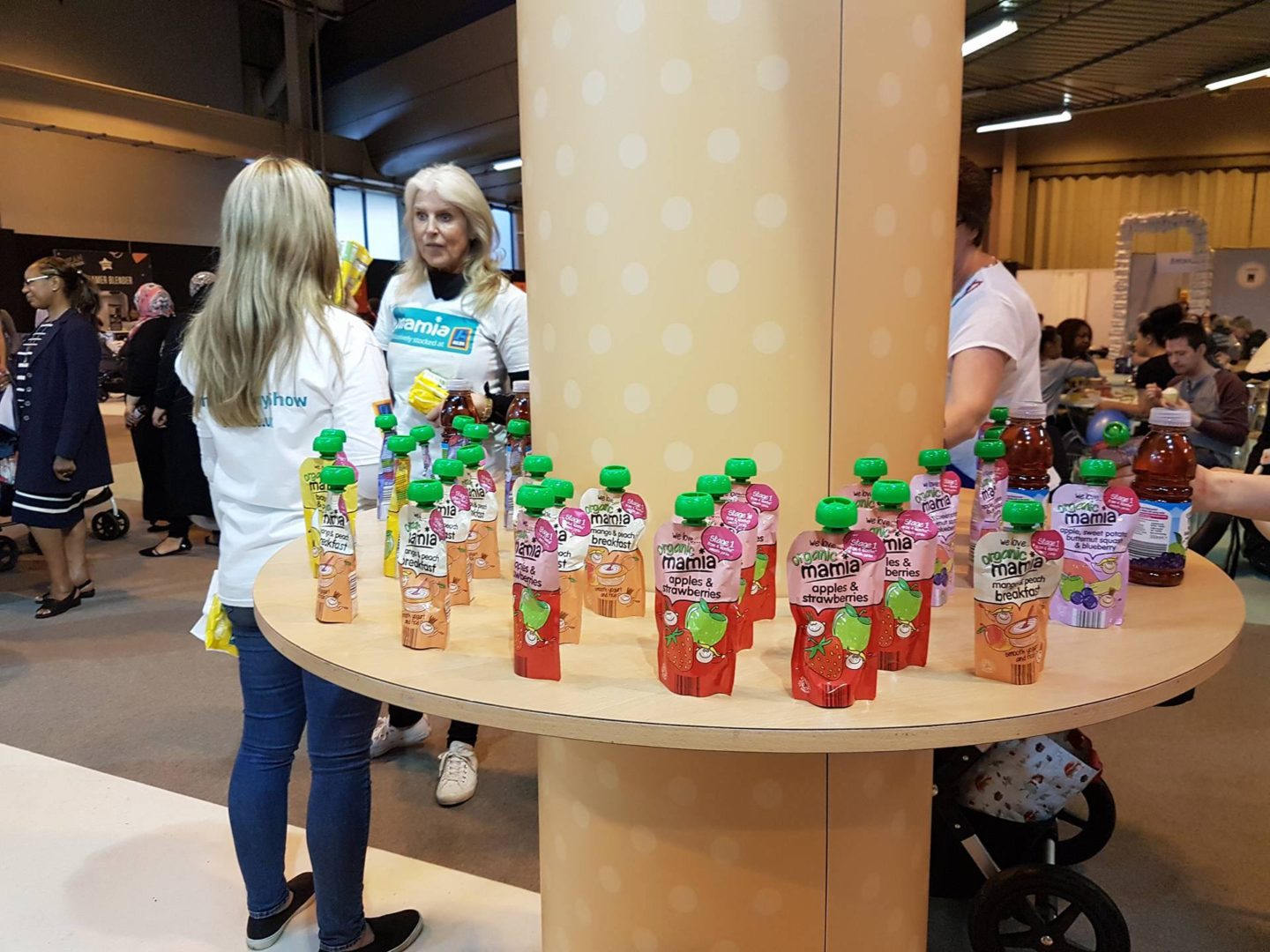 It was good to see British Red Cross at the show, teaching baby first aid. When I was heavily pregnant I downloaded the app, as I wanted to have it ready just in case. 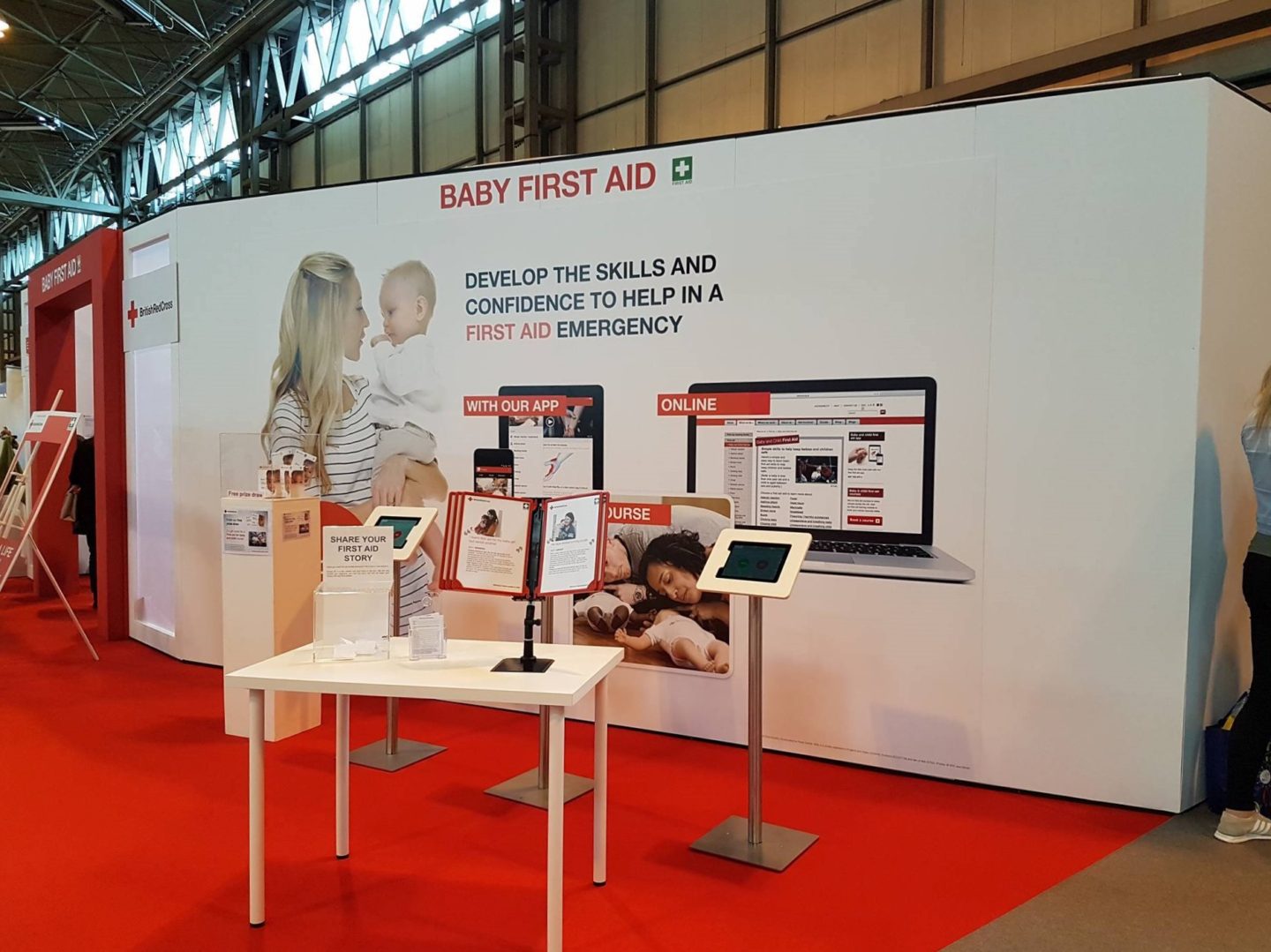 It was great to see Gummee at The Baby Show! When I went to Medway Council’s cabinet meeting about Children’s Centres closures a few weeks ago, the Gummee glove in my handbag was the main thing that kept Autumn quiet! It was good to find out more about the other products too. 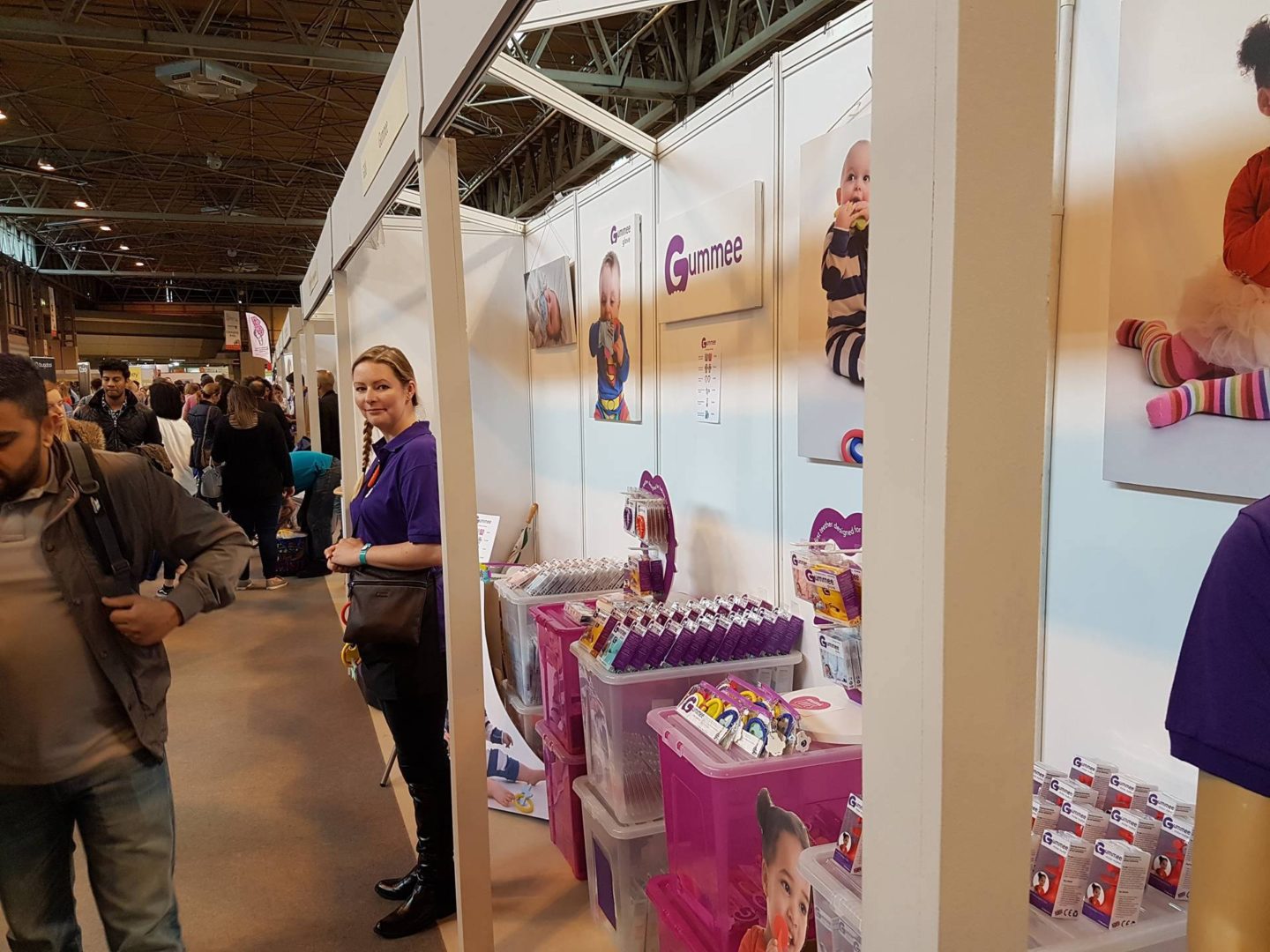 One of my favourite stands at the event was Rock Star Baby. As many people know, I’m very much into rock and metal. Although I like to dress Autumn in pretty things, I also love dressing her in things like band t-shirts! Everything was just so awesome, I’d have loved to buy it all! 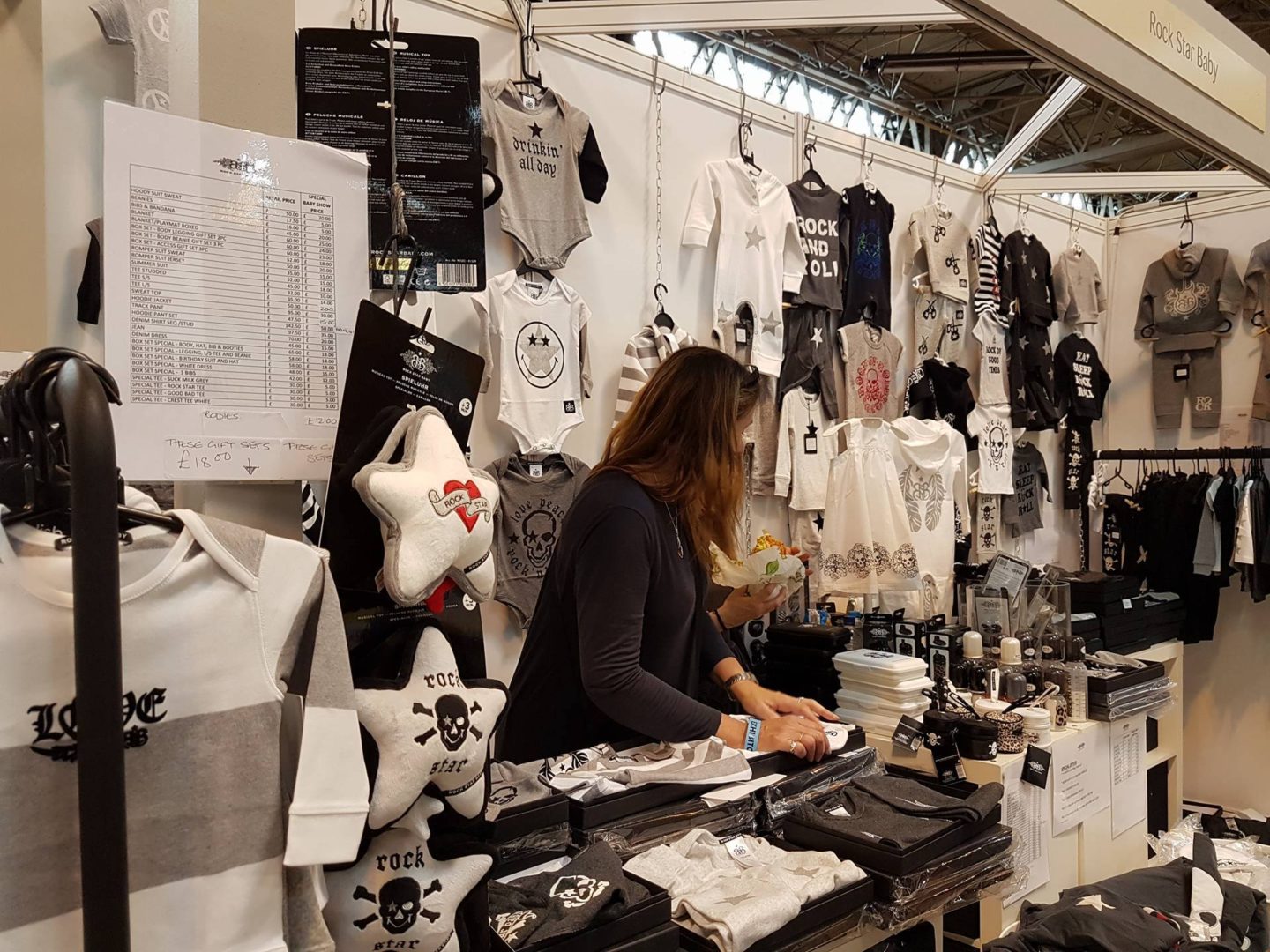 There were lots of bib stands at the show. One even had a giraffe as a model, which amused me to no end! 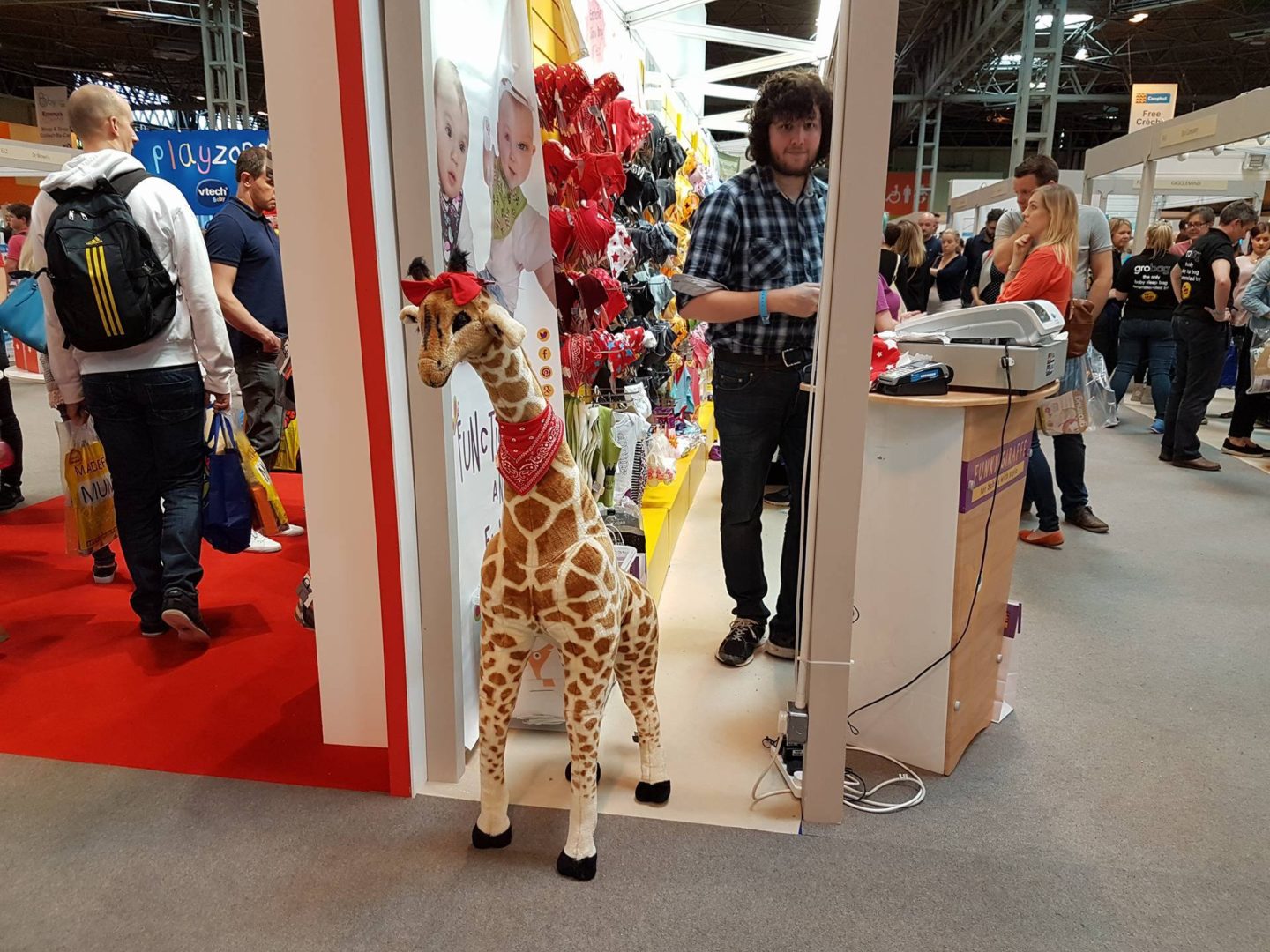 As well as stands with baby clothes, food, toys and teething products, there were also stands helping to keep babies safe. The Lullaby Trust were there, helping parents with information about safe sleeping and Milton were there with their sterilising products and advice. 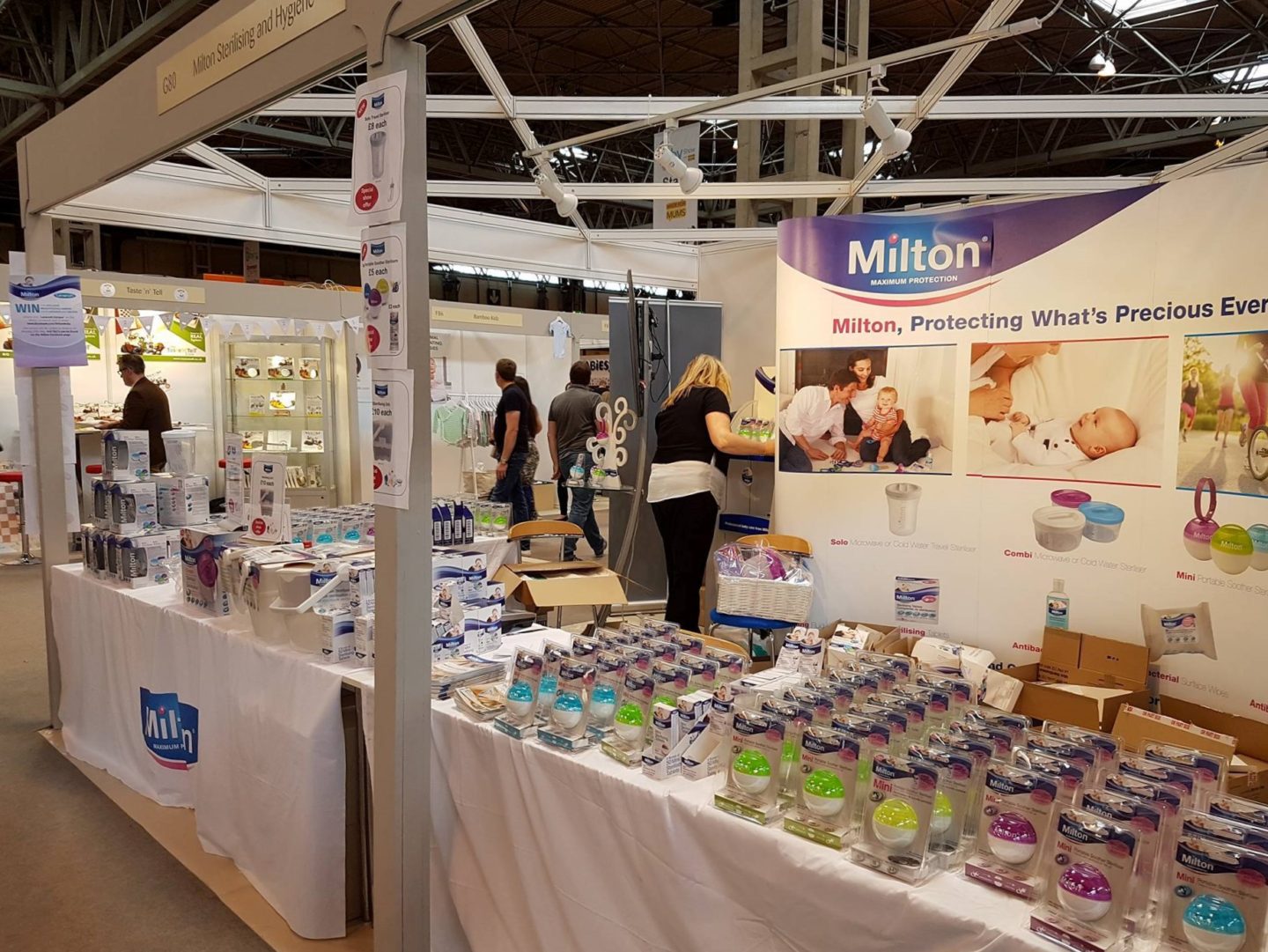 Towards the end, I think Autumn was getting a little bit annoyed about being in her pushchair. However, she was given her first ever balloon! She joyfully waved it around to begin with, with such a huge smile. Naturally, it wasn’t long before she tried to eat it though! 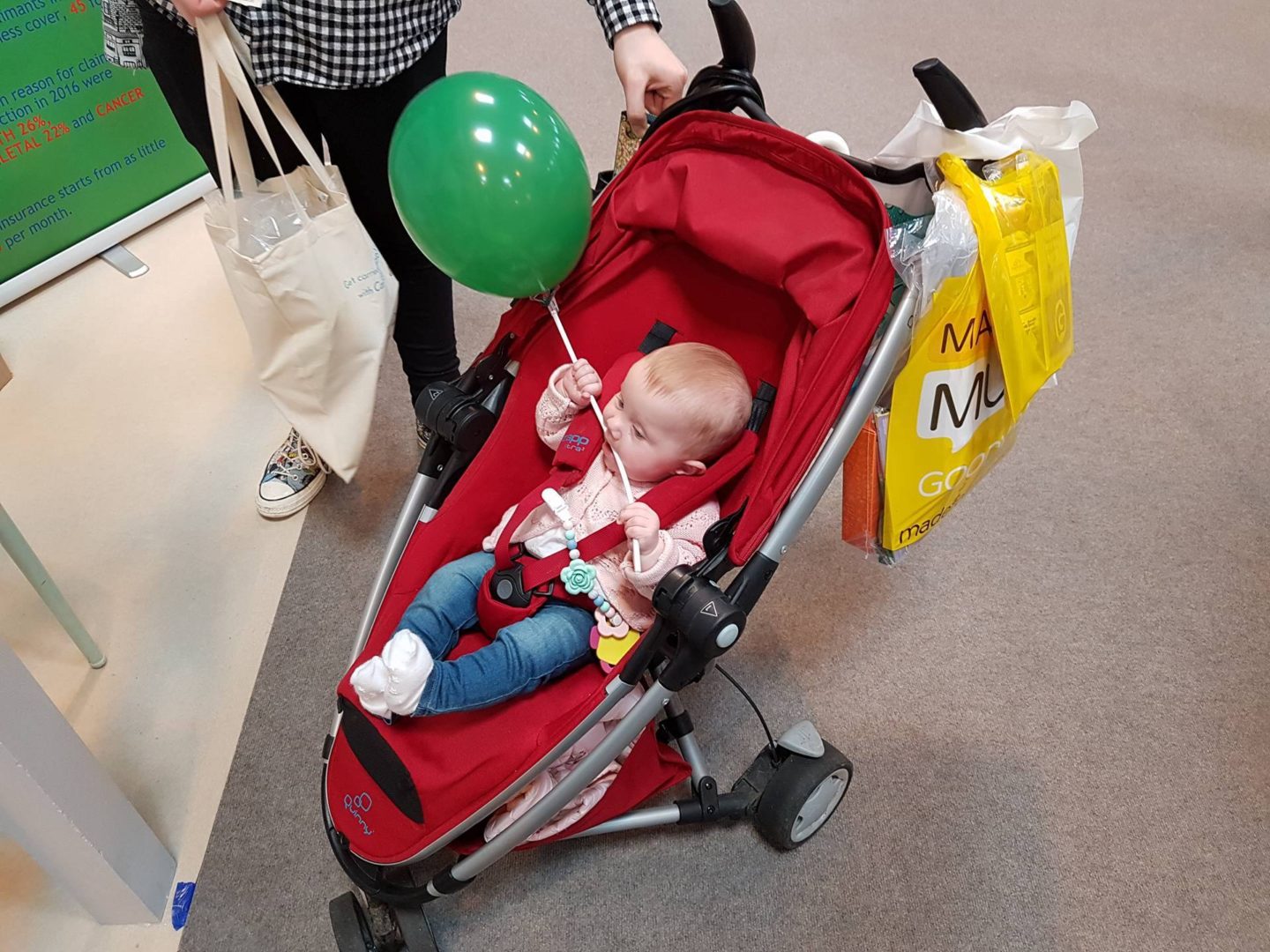 One of my favourite brands of baby food is Babease as it’s filled with so much goodness. It’s nutritionally balanced and not bulked out with water or cheap ingredients. I saw them at The Baby and Toddler Show shortly before Easter and it was good to see them again at this show! 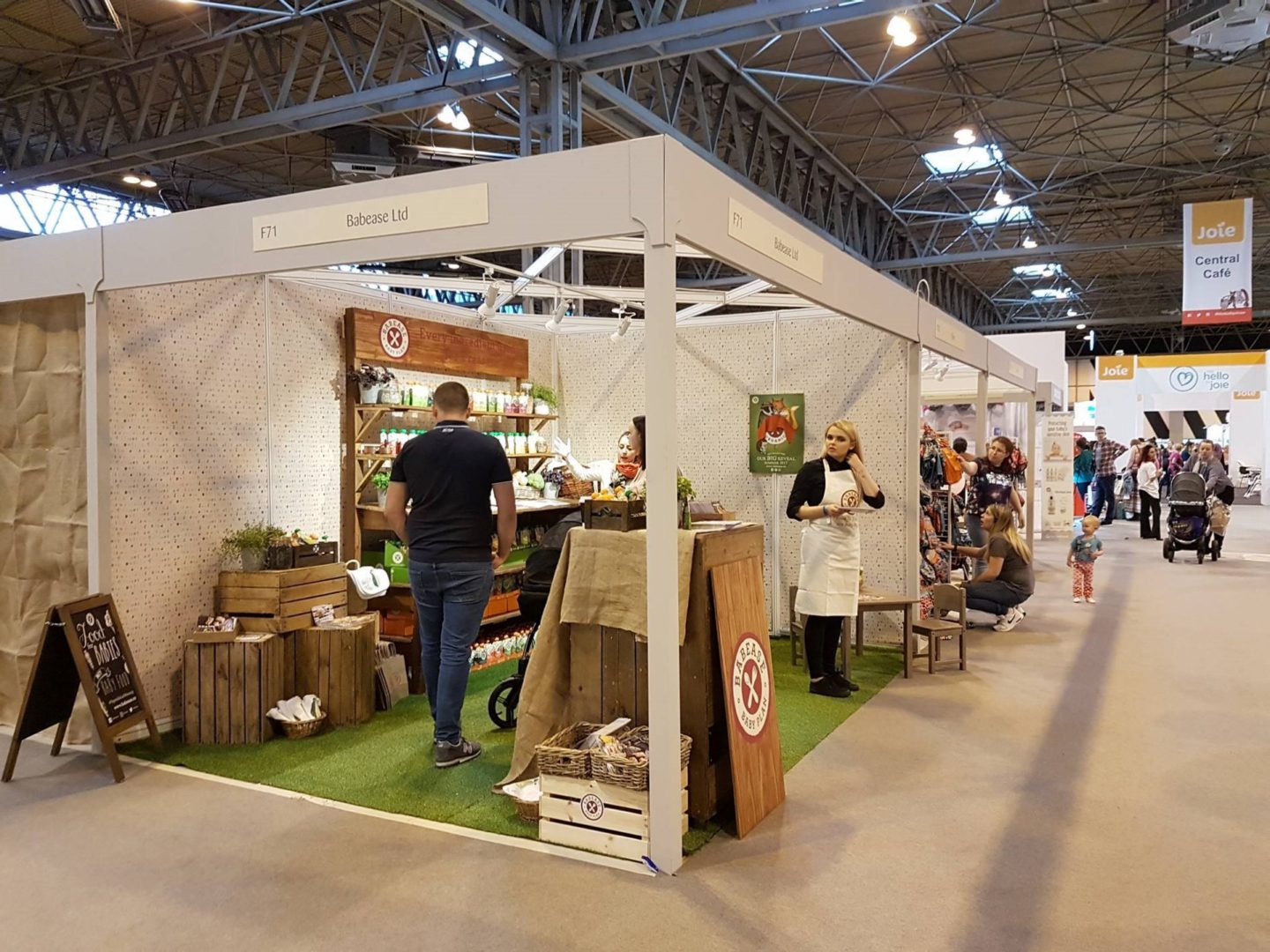 The best thing about these show is that there are always great deals and bargains to be had, as well as lots of great freebies and samples. I wish I found out about them during pregnancy! I always skip the stands where there are prams and cots, as we have no need for them. However, I’d recommend going to these shows if you’re pregnant as you can make excellent savings on big ticket items! 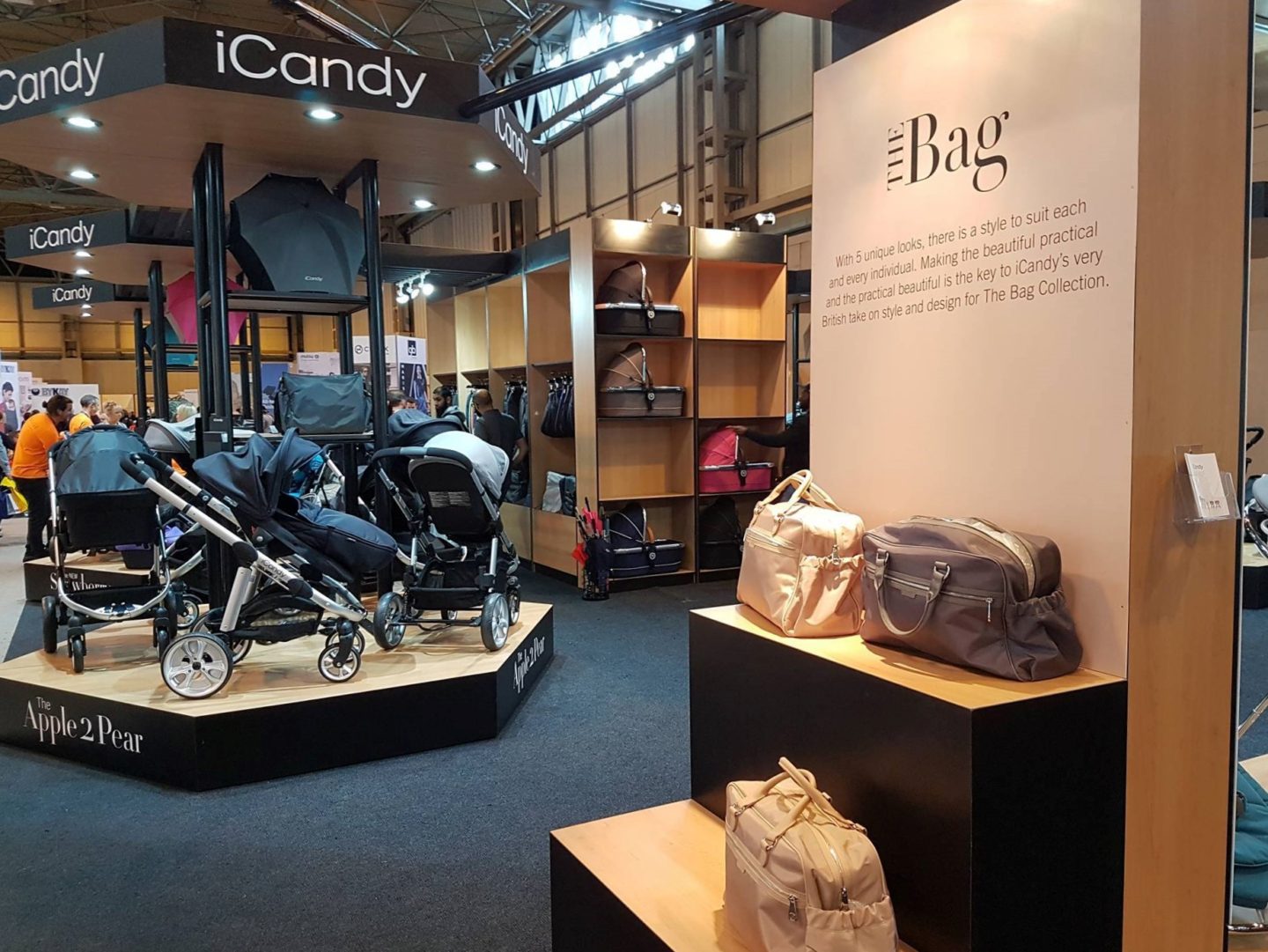