Since I went back to work in December, my life have just been ridiculously crazy. Just as I think there’s a bit of a reprieve coming up, something else happens. As such, I feel like I haven’t written many life updates recently. One of the recent ‘something else’s that’s happened was taking in a stray cat. Yep, my crazy cat lady credentials have just taken a massive boost!

In the first week of February, I’d had an incredibly stressful week, having had the additional tasks of helping Autumn to make a papier-mâché dinosaur for school and an outfit for her for Numbers Day. Work was the last place I wanted to be, when I noticed a huddle of people around a bag. I went over to see what was going on. There was a zipped up bag saying “CAT needs home”.

My colleagues made some phone calls to local rescue centres. However, they either had no room or seemed completely disinterested. Meanwhile, the cat’s comfort was of concern. I phoned my husband and asked him to bring our cat Maisie‘s cat carrier and a bowl for some water. After all, we didn’t know how long it had been since the poor little thing had drank.

The cat didn’t seem to mind being put into the carrier at all. By now, it was almost the end of the work day and the buzz of traffic outside indicated the start of rush hour. A place had been found at a relatively nearby rescue centre and my colleague tried to hurry there. Unfortunately, the traffic was horrendous so she quickly realised she wasn’t going to get there in time and took the cat home with her.

A couple of hours later, I received a phone call telling me that my colleague’s dog had terrified the cat and asked if I could take the cat in. Of course, I agreed and set about setting up my spare room. After all, I knew nothing about this cat and it had had a very traumatic day. It was best for everyone’s wellbeing and safety at this point that I kept the cat separate from the children and Maisie.

We gave the cat lots of space in the first couple of days to allow it to settle in. On the third day, I noticed that she was a girl because I saw some very prominent pink nipples. This caused me to worry that she might be pregnant. That would definitely be a reason that she might have been abandoned! She also became very affectionate. She loved a fuss, rubbed herself against our legs and talked to us. We took this as a good sign that she’d overcome the shock of what had happened and had settled in.

The following day, her tail was up in the air and she kept treading with her back legs. She was far more vocal and kept trying to rub her back end against us and the wall. It took no time to figure out that those pink nipples had actually been a sign of her going into heat.

We had been trying not to get too attached, as we didn’t know what was going to happen. After all, she was a stray cat and we had no idea about any of her history. However, by now we were seriously considering keeping her. We took her to the vets to check her health. I thought she was fairly young and they confirmed that she was probably a little over a year old. She seemed in good health, which was excellent news. I just wanted to check her for FIV before we introduced her to Maisie. Obviously we also needed to get her spayed.

I was delighted by her company and enjoyed watching her sunbathing on the windowsill. 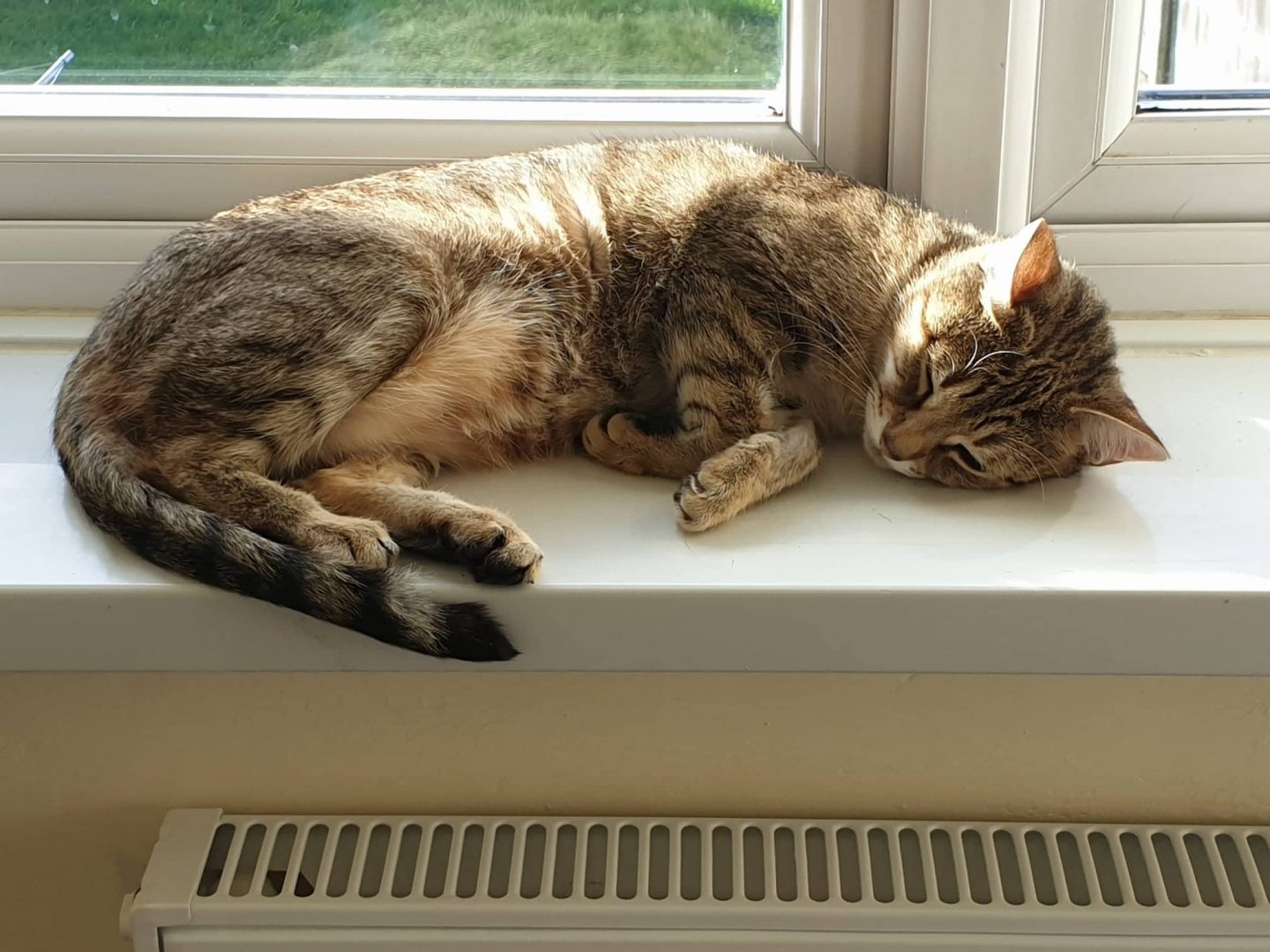 Unfortunately, as she came out of heat and in the days that followed, she became very grumpy. She no longer wanted a fuss or to even acknowledge us most of the time. One day, my husband gave her a fuss and got met with the wrath of her claws. His fingers didn’t stop bleeding for hours!

Still full of hope, I started looking up whether spaying her would result in her being affectionate and lovely once more, like she was in heat. However, it seemed as though this was probably her usual personality and the one she would have all the time once spayed.

With two young children I just couldn’t risk keeping her with this personality. Being only 1 year old, Reuben loves to crawl after Maisie and she knows to just get out of the way. Who knows how this cat would react?

It was time to admit that she wasn’t the right cat for us and we weren’t the right home for her. She would be much better suited to somewhere without children. It was tough to do, but we made some phone calls and found a place for her at a rescue centre at the weekend. Hopefully they will find her a really lovely home. I’ll be phoning later in the week to find out how she’s doing. I’m really sad about how things have turned out, but at least I can be confident that we’ve done the right thing all along. Would I adopt a stray cat again? In a heartbeat. 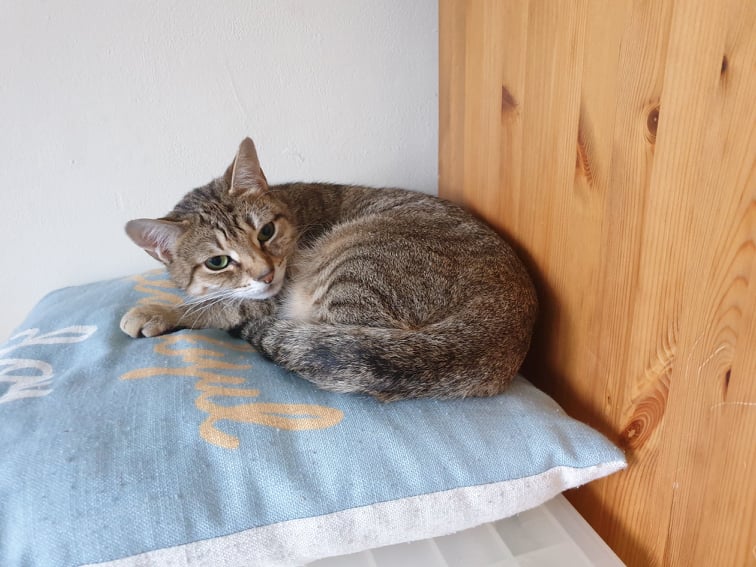 2 thoughts on “We rescued a stray cat!”