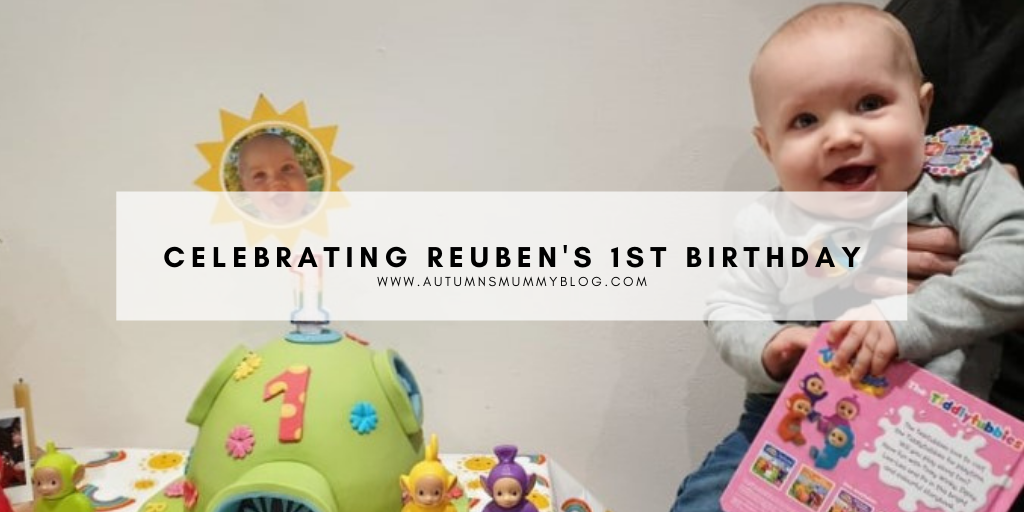 At the beginning of January, it wasn’t just me with a milestone birthday. A few days after I celebrated my 30th, it was Reuben’s 1st birthday. I can’t believe my little rainbow baby is a year old already; it just doesn’t seem possible that I now gave birth to him over a year ago. For Autumn’s 1st birthday, we had a party. I did consider doing the same for Reuben, but then I looked at things from a different standpoint. I could either do just that and spent most of the day running around him in a stressed out flap getting things ready for a party he wouldn’t remember. Or I could spend the day doing his favourite things with him that he also wouldn’t remember, but would really enjoy at the time. We went for the latter! 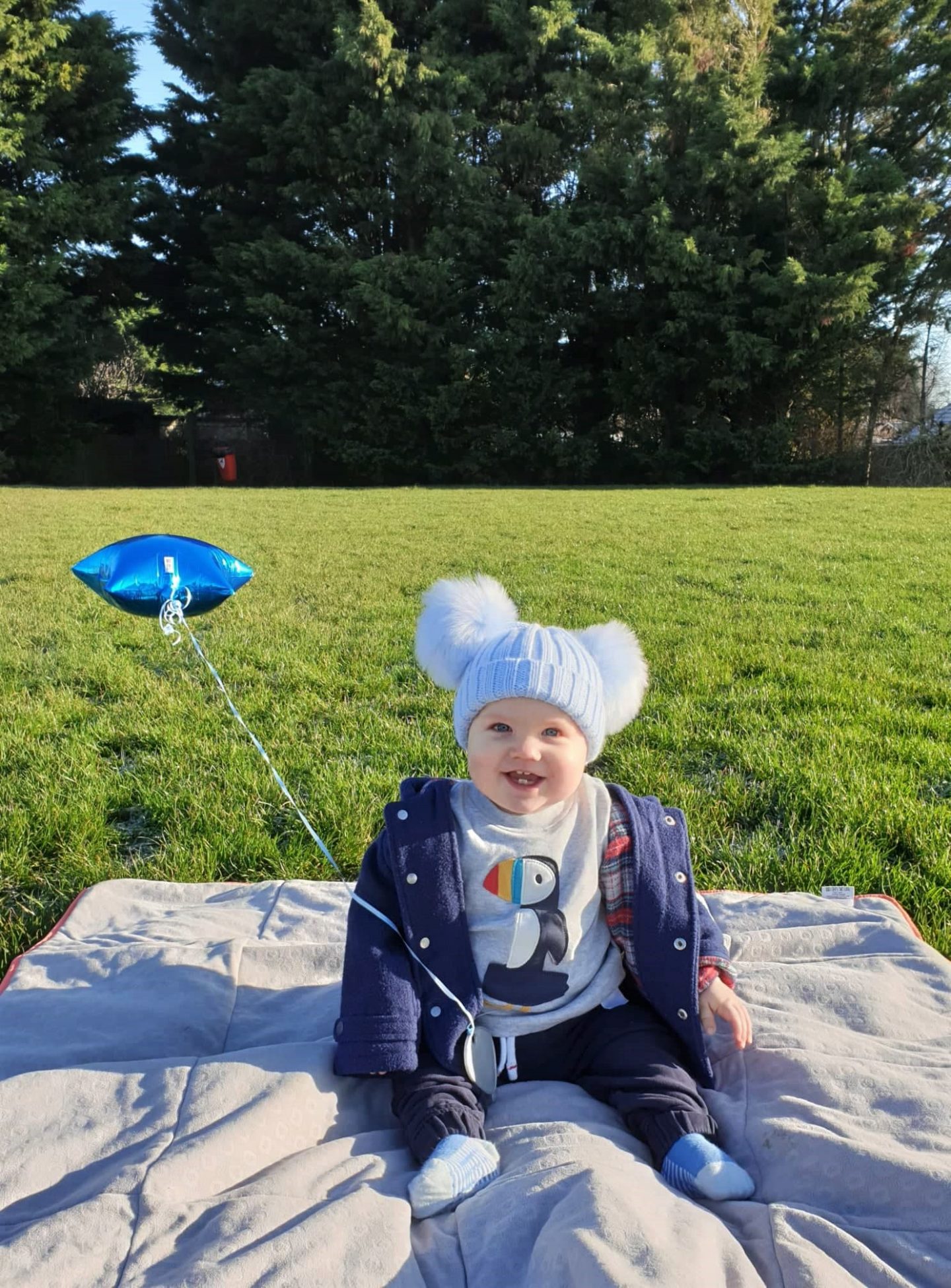 We started off in the park, then took Reuben to Tiny Talk, which is his favourite baby group! After a good night’s sleep, he was super smiley as we sang and played. After a quick boob snack, it was time to wear the birthday hat. He looked adorable (if hilarious) crawling around with a big knitted candle sticking up on the top of his head! 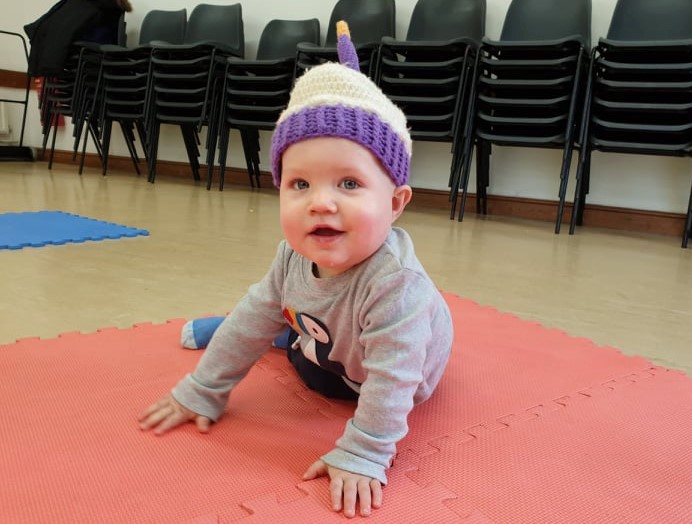 Okay, this part of the day was a bit more for us than Reuben, admittedly! We had to run a few errands and then Reuben had a nap before the school run. As soon as we’d picked Autumn up, we headed to Little Potters in Sittingbourne to get impressions made of Reuben’s little hand and foot. He’s so big already and I know from experience with Autumn that it is so easy to forget just how little they are. Therefore, I wanted a reminder of this from his very first birthday.

Autumn had fun too, as she played on the soft play and painted a dinosaur as a present for Reuben!

Reuben is generally a very smiley baby anyway, but I swear he never smiles more than when he’s in the swimming pool. He loves it! He doesn’t usually get to have Autumn in the pool with him and that seemed to make him even more excited and happy. Watching him splash away with glee, I knew we’d made the right choice doing things with him that would give him the happiest birthday he could have.

No birthday is complete without a good dinner. So for Reuben’s, we decided to take him for his first cheeky Nando’s! He had chicken breast, chips and corn on the cob. He’d never had corn on the cob before, but I held it for him and he took some very enthusiastic bites. That was until he got a bit too enthusiastic and batted it out of my hand!

He really loved the music in Nando’s too and was dancing away in his high chair, turning his head and wiggling his body. 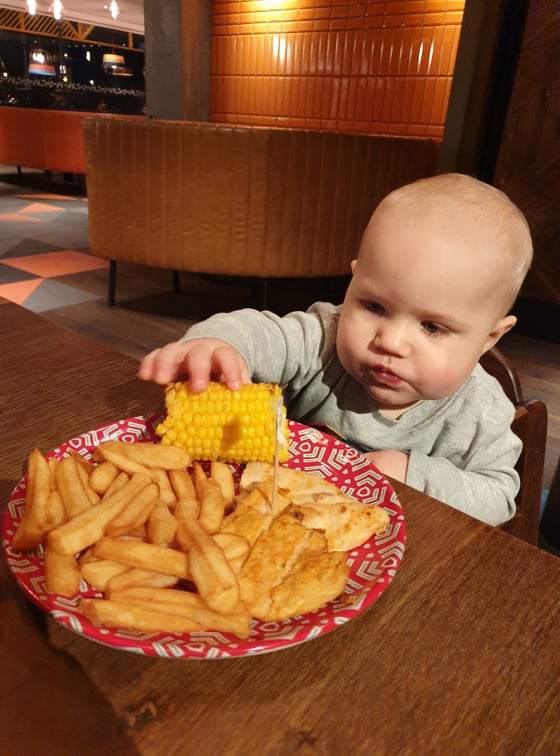 The day after Reuben’s birthday, we celebrated with friends and family. This was in much the way we’d usually have celebrated his birthday! As I’d not been to work on his birthday and didn’t need to go in the day afterwards, it gave me time to prepare aka. CLEAN THE HOUSE. In all honesty, the house hadn’t made any steps towards recovery from Christmas and my birthday, coupled with my return to work and subsequent lack of time. There are nowhere near enough hours in a day to get everything done as a mum, never mind adding work into the mix. Of course, as I have the blog, I effectively have two jobs. Yes, I’m actually insane!

I digress…We had a lovely 4 hours of open house with friends and family popping by. Of course, we encouraged people to take lateral flows. I think everyone really enjoyed it. Reuben had no real interest in opening his presents, so we opened them for him. He took occasional interest in a toy or book and would play with it. One particular hit was his Grimms Wankel! 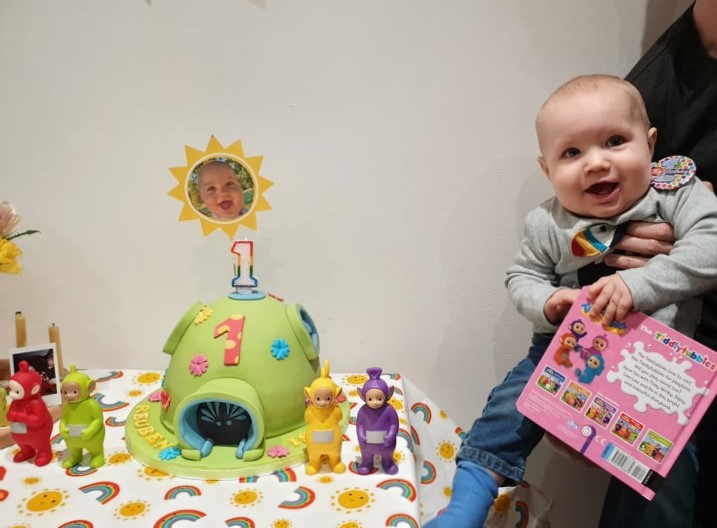 We definitely celebrated Reuben’s 1st birthday in style. Now excuse me while I just sit in a corner and sob about my littlest being so big already!