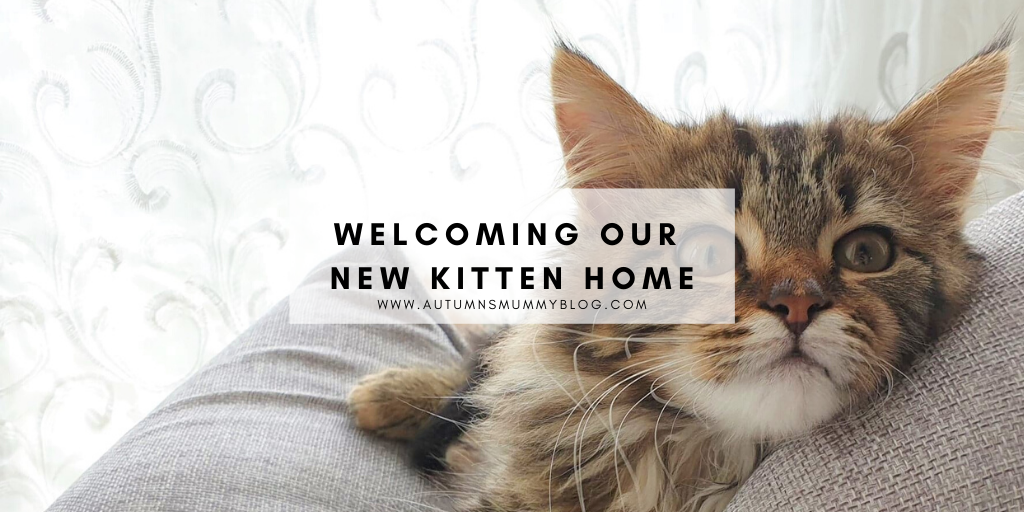 If you’ve been following the blog or our social media, you’ll know that we lost our beautiful cat Cassie at the end of August. When we adopted her, she was at the tail-end of being a kitten as she was 1 year old. Unfortunately, she had FIV. As such, we made sure that we took her to the vets regularly and were careful with her diet in a bid to give her the longest life possible. When we found out that she needed to be put down, we gave her the best last couple of days that we could. I still feel so sad and miss her so much, however, recently we felt ready to adopt again. A popular opinion is that the best way to honour your rescue pet’s memory is to adopt another when you’re ready. I’m inclined to agree, so back we went to Cats Protection “just for a little look” to see if we really did feel ready mid-September.

When we visited our local Cats Protection, there were only 3 cats there that were suitable for families with young children. Or, more specifically, three kittens. I’ve never had a kitten before, so kind of discounted them. I was concerned they’d be a lot more work than a slightly older cat. However, as we’d gone out of our way to go there, I thought we should have a look. Besides, who doesn’t love looking at kittens?

The three kittens in question were siblings that had been born at the centre. As such, they’d never known a home environment. A beautiful medium haired tabby first caught our eye. Her brother and sister had short black hair and were gorgeous too, though. For some reason I’d had it in my head that the next cat I adopted would be entirely black. We were allowed to spend some time with all of them, getting to know each of their little personalities. I adored all of them, but we made a decision to adopt the tabby that we’d first spotted. 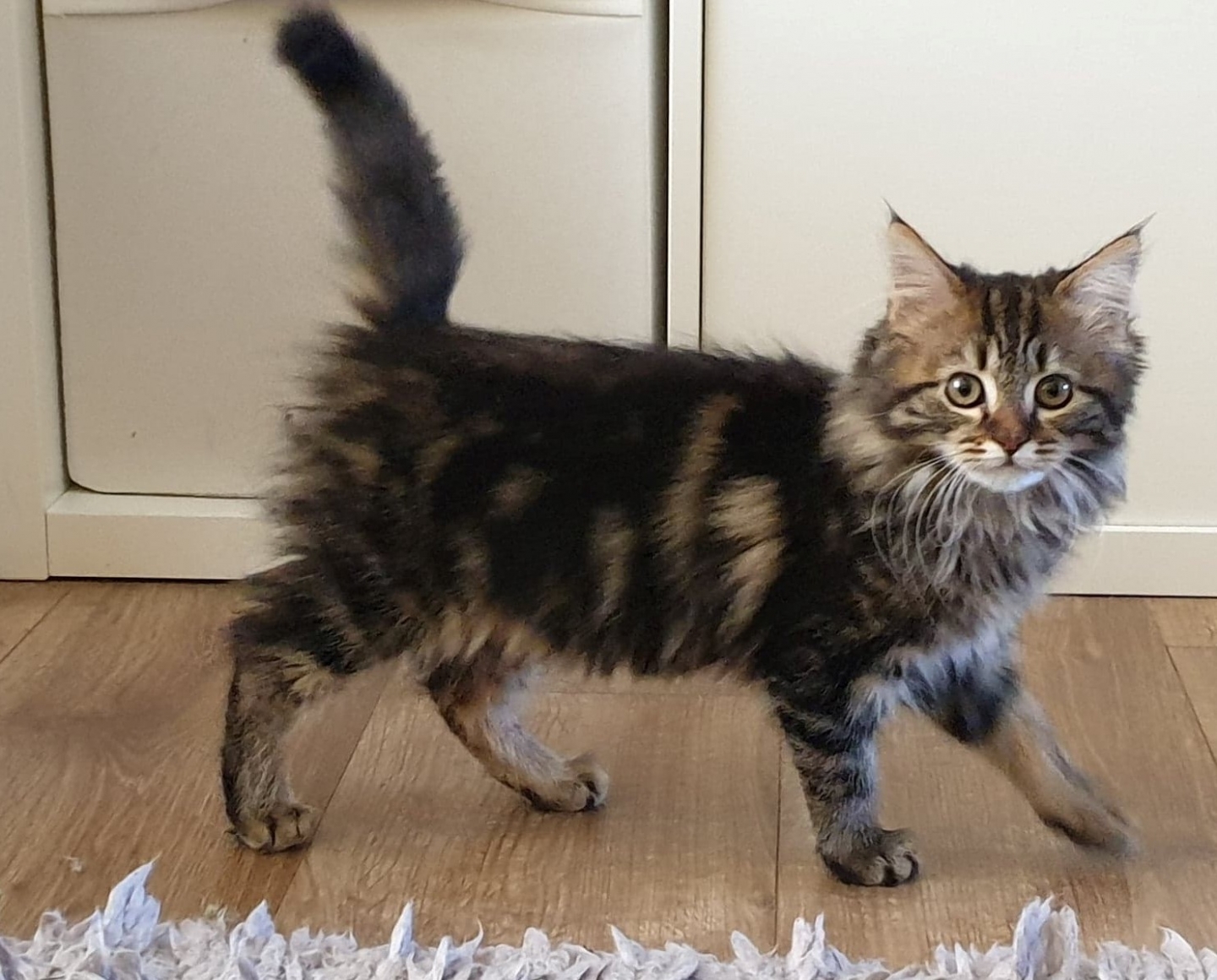 A week later, the vet had signed her off to come home with us as they were happy with how she’d healed from her neutering operation. This was 2 year old Autumn’s first time meeting her and she was so excited! When we came home, I interacted with her whilst Autumn and my husband went upstairs. I gently coaxed her out, managing to get her to come and explore more and more. I showed her where her food and water bowls were too. Within 24 hours she appeared to be almost completely settled in. She was even happy to be in the room with Autumn running around! I think she really enjoyed having a big space with different things in to explore, too, as she had only been used to a simple room! 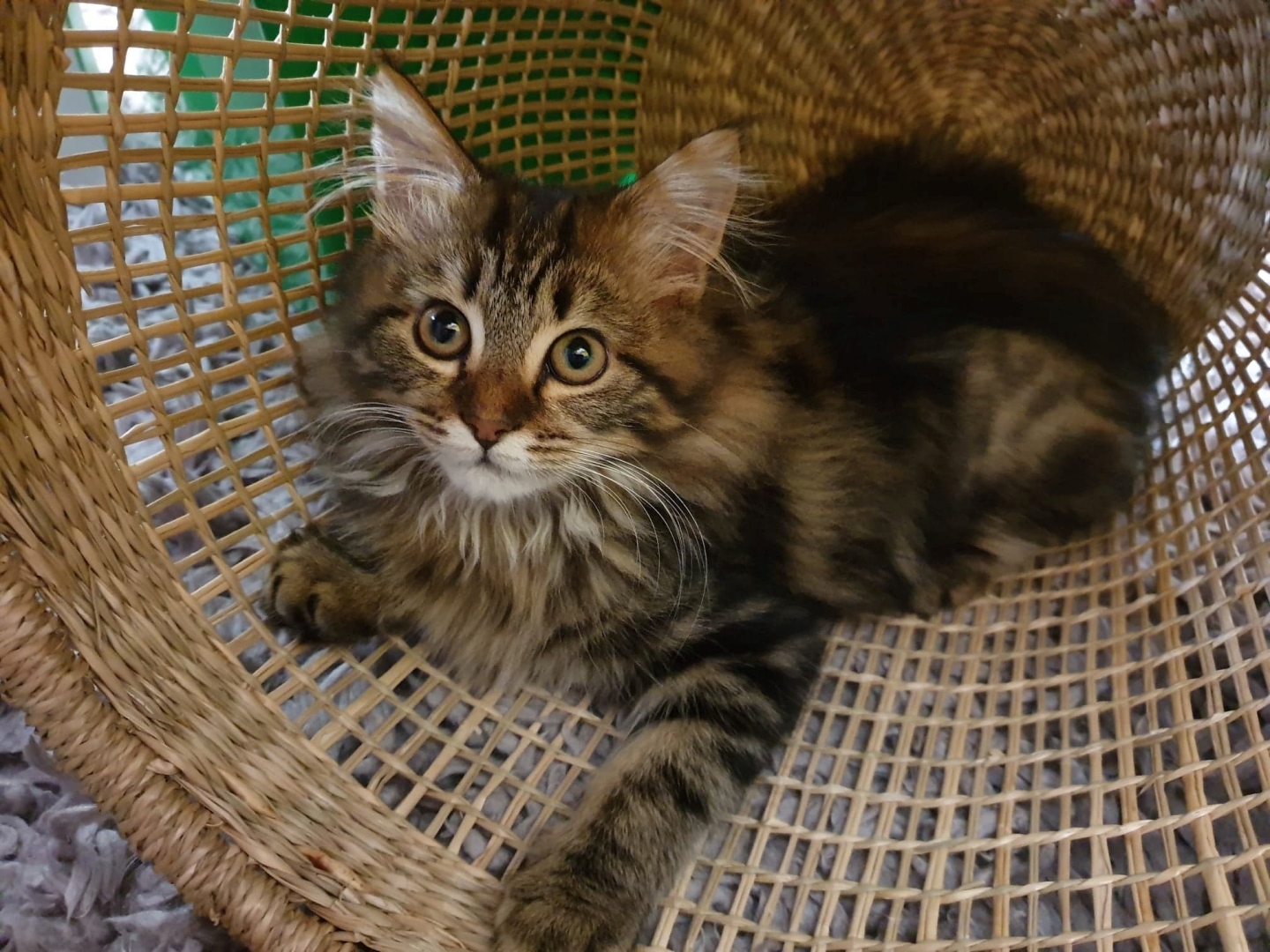 We named her Maisie and she is such a little character. It’s been a pleasure getting to know her over the past few months and watching her grow. 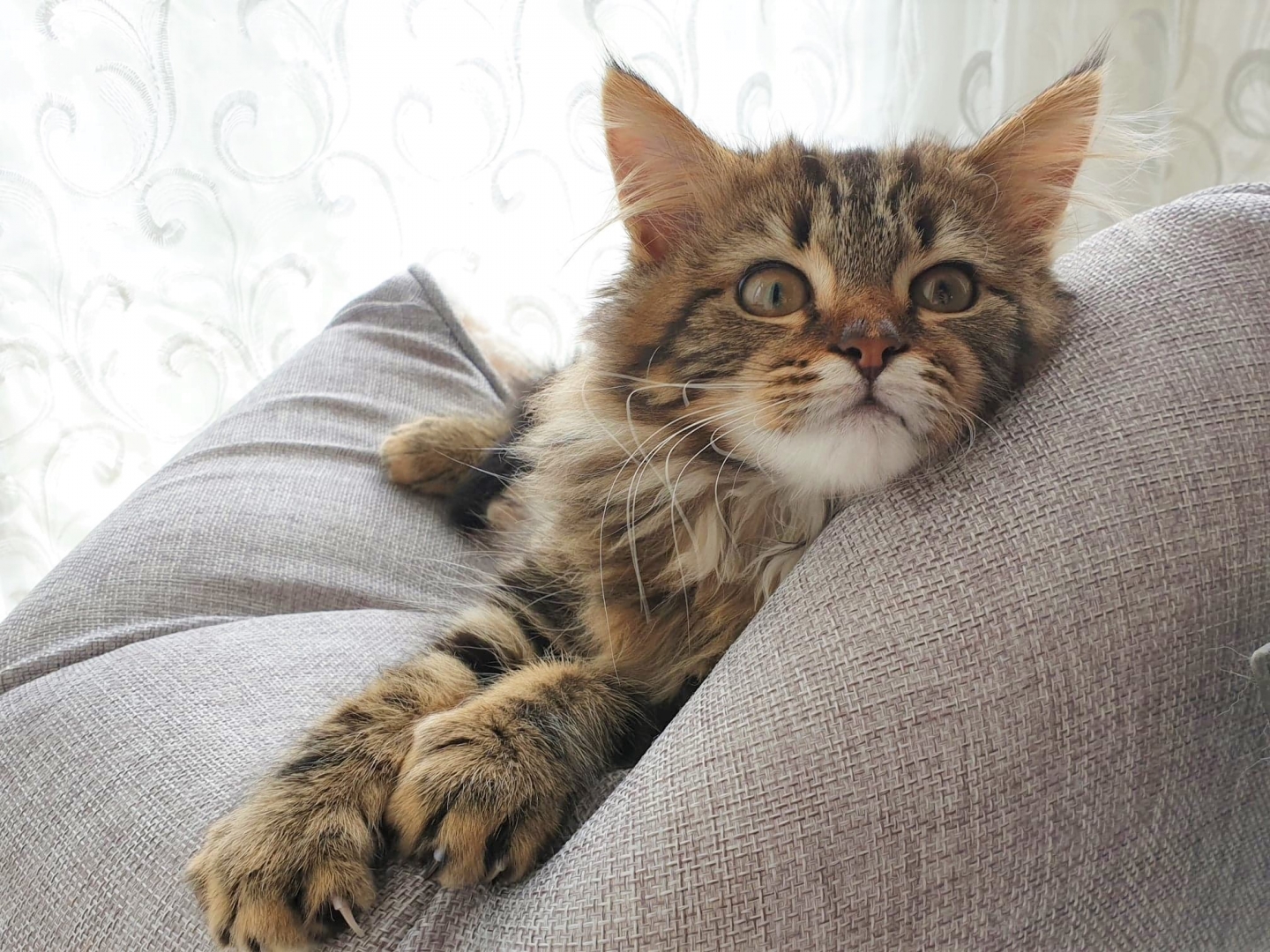 She loves lounging around on the sofa next to us and sitting on our laptops when we’re trying to work. She is such a chilled out, friendly little soul that I’ve almost forgiven her for destroying my net curtains! 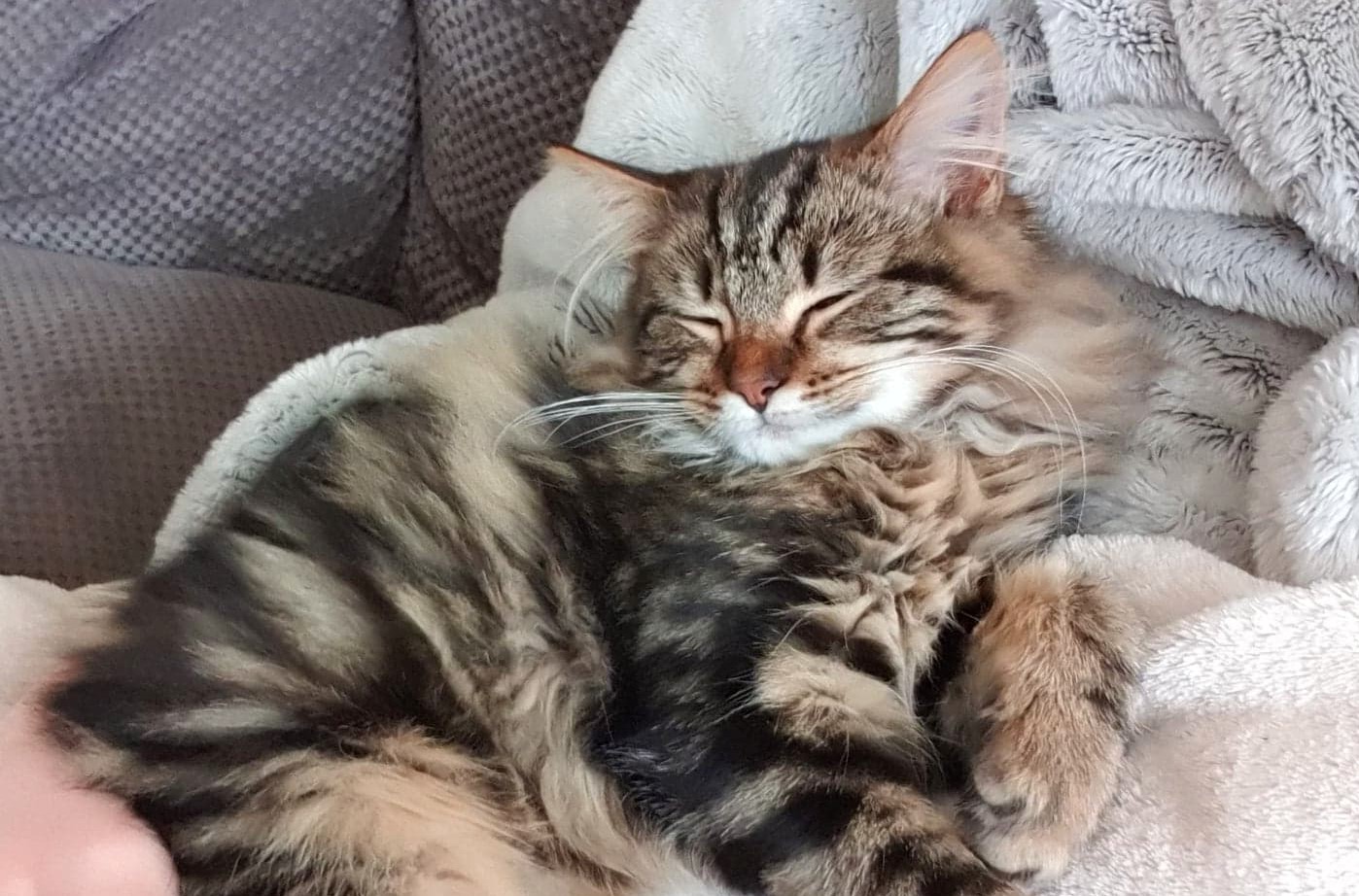