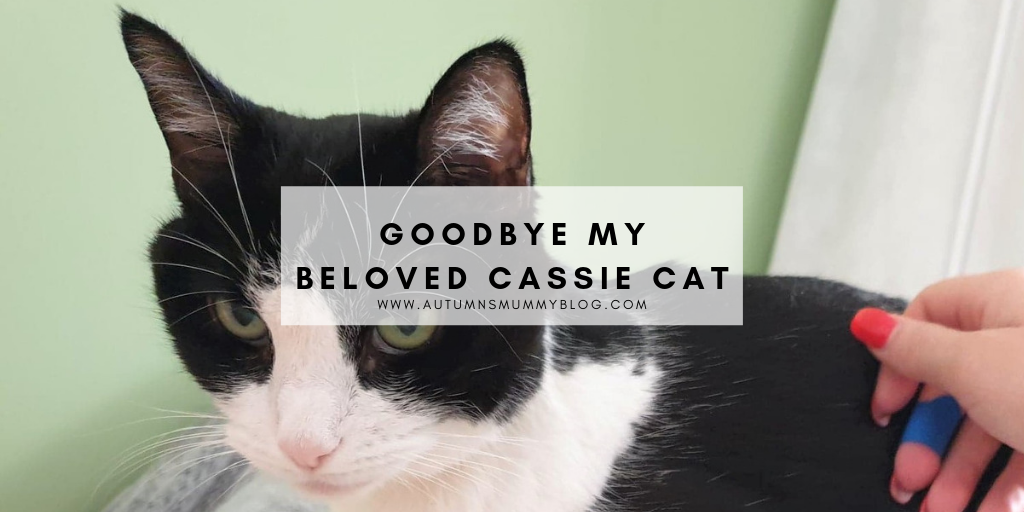 When my husband and I bought our first house together in 2012, I knew that there was something missing that we needed to make our house a home. So, shortly after my 21st birthday in early 2013, we headed to our local Cats Protection branch. I’ve written about the story of how we met Cassie before, but the abridged version is that we fell in love at first sight. I can still see her big green eyes peering at me through the snow, her nose extra pink from the cold. I can hear her soft meows and feel her affectionate headbutts against my legs. It feels like it wasn’t long at all since she made our house a home. However, it was almost 7 years ago now and on Tuesday the time came to say goodbye.

Mid-August, we noticed that Cassie had lost a significant amount of weight in a small amount of time. She also wasn’t eating very much. We initially thought perhaps she was just being fussy about the food we were giving her (again). However, switching it up didn’t really improve things. We hoped that maybe she had a problem with her mouth that could be solved. However, a trip to the vets last Saturday confirmed our worst fears. She had a tumour on her intestines. We could opt for a biopsy and then possibly chemotherapy. However, she was so weak that she could just die on the operating table. The chemotherapy would make her feel very ill and FIV positive cats don’t usually respond to it very well. Unfortunately, it transpired that the kindest thing to do would do be to put her to sleep. She was given steroids to help keep any inflammation down and increase her appetite over the weekend.

I sobbed and sobbed for hours, but as I sobbed I thought of various things we could do to make her last couple of days amazing. We had lots of cuddles in her favourite places. She was too weak to climb upstairs, so we brought her upstairs to our bed for cuddles. Cassie gave me lots of affectionate licks, which I’ve always referred to as her ‘sandpaper kisses’. I gently played with her jelly bean toes too. 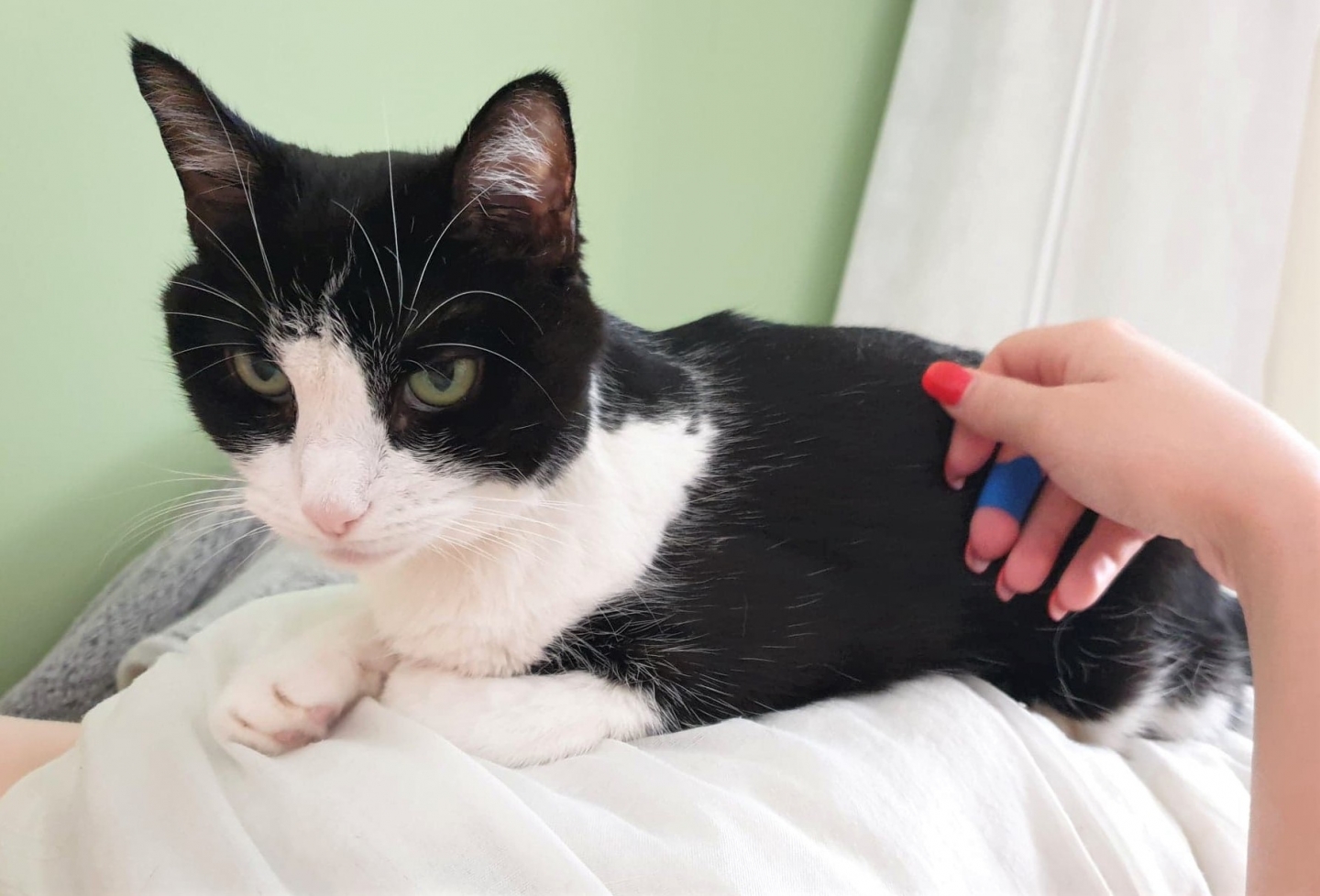 She was always intrigued by the garden, but as an FIV cat she wasn’t allowed outside. Knowing that she wouldn’t be able to jump over the fences, we took her outside to explore. Cassie seemed to love spending time in the fresh air and taking in her surroundings. 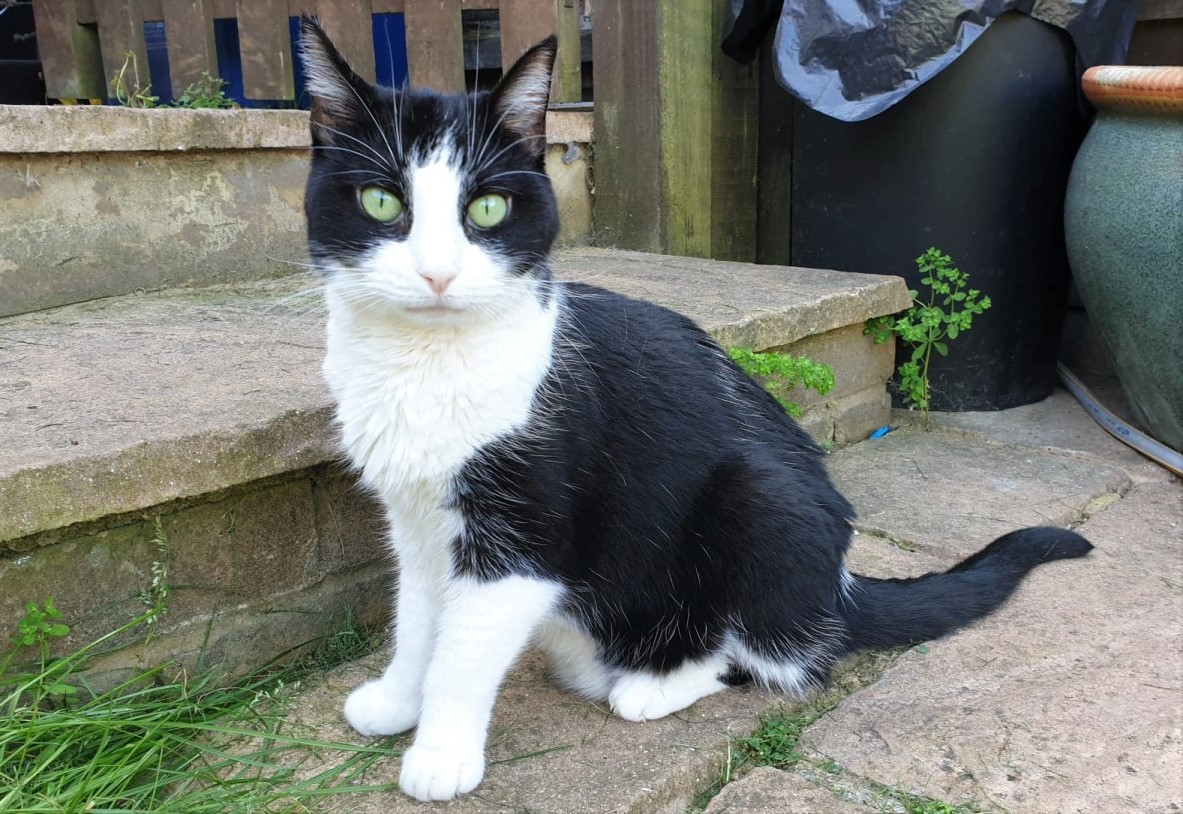 I’d even made her a tuna ice lolly, which she enjoyed licking. 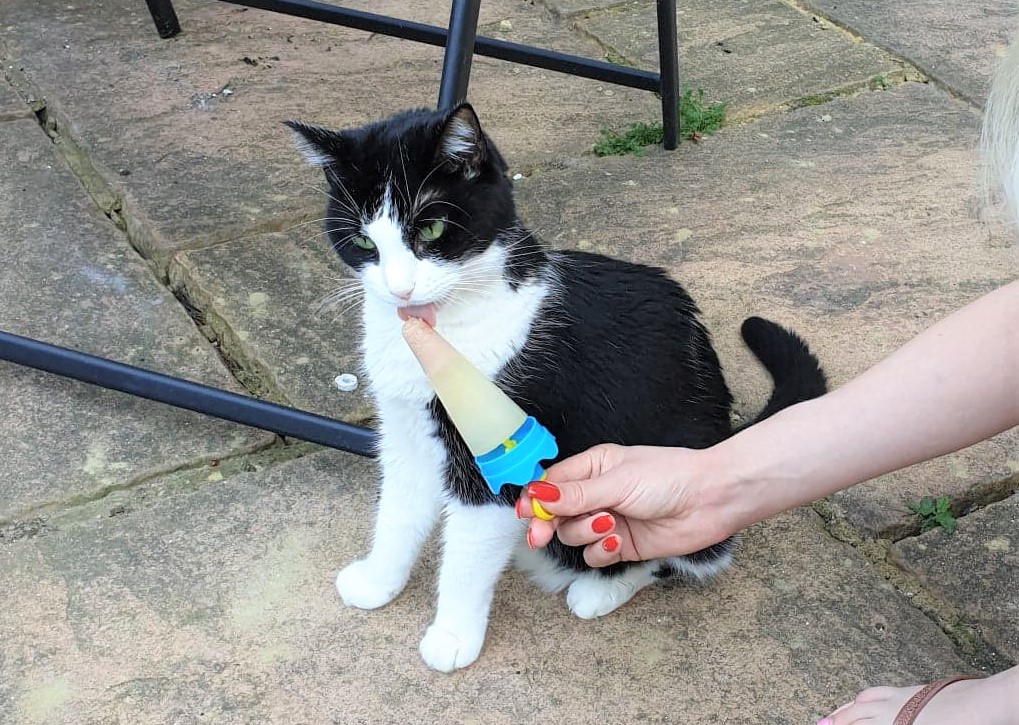 Speaking of tuna, cats aren’t usually allowed much of it from a can. I’d always give her a little if I was making a tuna sandwich. However, the mercury levels can be dangerous if they have too much of it. Knowing it no longer mattered, her favourite food was all she ate over the last few days.

Not wanting to invade her solitude, we let her just chill on her own too. The weather was hot and sunny over the weekend; her favourite. She always did enjoy sunbathing by the windows, particularly a spot by the front door where a little pool of light would come through and warm the carpet in the hall. It was in the hallway where little Autumn said goodbye to Cassie, told her she loved her and gave her a little fuss. She also got Cassie’s toy fish and placed it in her basket for her to show her friends over the rainbow bridge.