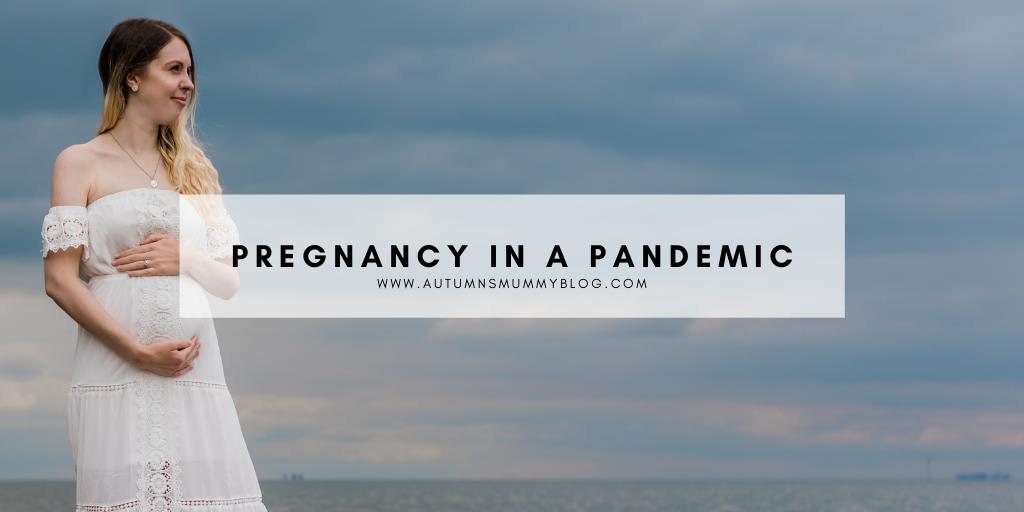 My 7 week old son was conceived in early April last year, only a week or two into the first UK lockdown. It was still the very early days of the pandemic. I did have my concerns about having a baby due to what was happening with coronavirus. However, after a couple of months of lockdown things seemed to be much improved in Wuhan, so I assumed that by the time I gave birth things would be a lot better. I was so wrong! Pregnancy is tough at any time, but even more so during a pandemic, as I found out.

When I had a miscarriage in December 2019, our families hadn’t even known I was pregnant. We had planned to tell them at Christmas when I was around 8 weeks. Sadly, the first they knew of it was when we made phone calls to them through tears.

This time, we thought we would tell them early on. That way, if the worst did happen again it wouldn’t be a double whammy of news.

It was so odd though, having to tell them the good news over video calls rather than in person. It’s one of those things you really want to be in the same room for. I particularly wanted a hug from my mum, even more so as I felt horrible with morning sickness.

I was half excited for my 12 week scan, half terrified. I am usally phobic of hospitals as it is. However, the last time I’d been to the hospital was after my miscarriage. I’d had a blood test and fainted, which are two more things I have phobias of. I was also very concerned about my baby and I’s safety in the hospital due to the pandemic. After the miscarriage, I was worried that this scan was going to be bad news. Losing a pregnancy had been so heartbreaking, I didn’t think I could handle the pain again.

I usually feel like I need my husband for support when I even just visit a hospital or have a blood test, so in this situation I felt like I needed him more than ever. Only I was allowed to attend though, so in I went. I hot footed it through the corridors all the way to the ultrasound department, holding my breath every time I passed someone. Fortunately, the corridors were fairly quiet. Waiting for my appointment, I was one of 2 or 3 people in the waiting area. The chairs being spaced out for social distancing felt quite surreal. My heart was thumping, but I didn’t want to look at my phone for distraction because then I’d have to sanitise my hands again! Even though I’d barely left the house for weeks and weeks, my hands were still incredibly dry from using hand sanitizer so much.

Luckily, the phlebotomist was a lovely lady and I told her that I was scared of blood tests. Funnily enough, she was too! She talked to me about my daughter and my pregnancy to distract me and it was done before I knew it. Then, it was onto the scan. I could barely breathe, I was so nervous. Then, there was my baby on the screen. It was so wonderful!

Relief quickly subsided though, as I worried that something might be wrong. I actually got told off by the sonographer for not breathing properly! She was happy with what she saw, though. I was so pleased that everything looked like my baby looked like it was developing well. Although, I was sad that my husband hadn’t been able to attend and see him wiggling on the screen. I was so excited to show him the scan photos and try to relay everything I’d been told.

As places opened up again, I was still too concerned about the health of my baby and I to really go anywhere. Even places like the beach were off limits as I felt like using public toilets was a bit risky and I knew that my bladder couldn’t last long! As such, I stayed local and only saw close friends and family whilst following the rules. The only time I ate out was at a local pub on Autumn’s 4th birthday. It was a hot, sunny day and I stayed in the pub garden the entire time.

I’d be hoping that partners would be able to attend scans by the time my 20 week ultrasound appointment came round in late August. There was no such luck, unfortunately. However, we had had a private scan at 16 weeks so that my husband could be with me to find out the gender of our little boy! As I’d had quite a recent scan and things seemed to be progressing well, I wasn’t quite as nervous going for this scan.

I felt really sorry for mums who didn’t have the means to have a private scan with their partners. Seeing your baby on the screen together and finding out the gender if you want to is such a special experience to share together. I feel sorry for the dads too, it is a huge thing to miss out on.

As I progressed through my pregnancy, I found that there seemed to be a lot less support. I’m not sure how much of it was down to it being my second pregnancy or it was due to the pandemic, but if I had the amount of support I had this time round with my first child, I would have found it very difficult. If this is the case, mums are just being left to wing it. Fortunately, my community midwife was amazing. I emailed her when I had any questions or concerns and she got back to me fairly quickly.

With Autumn, I was invited into the hospital to discuss and write my birth plan. This time, nobody even mentioned a birth plan to me. It seemed like it was really all down to me to plan what I wanted and initiate that conversation.

Late in my pregnancy, I decided that I would like a home birth. This was partially because I wanted to avoid the hospital and hopefully Covid-19 along with it. I also had read about the many merits of having a baby at home. If it’s your second child and your first birth went smoothly, things should progress very safely. In fact, you’re a lot less likely to need any sort of medical intervention. It seemed as though it would be a lovely way of experiencing birth. I got all my plans written up and ordered a birth pool for hire. I also ordered a diffuser and some lavender oil to help create a beautiful calm environment.

However, things were not going well with the pandemic. They certainly weren’t where I’d hoped they’d be so close to my due date when I first found out I was expecting again. The Kent strain of the virus was leading to a huge increase in cases and hospital admissions. Guess where I live? Yep, Kent. So I managed to be residing in the worst possible place in the country when I was due to give birth. Great.

Less than a week before my due date, I got the phone call I was anticipating but had hoped wouldn’t come. My home birth was cancelled. Ambulances were waiting for around 8 hours at our local hospital. As such, they couldn’t support home births anymore in case something went wrong. I was absolutely devastated and cried for about an hour (flipping hormones). I couldn’t stand the sight of the water birthing pool’s box in the room (bye over £100 for no reason) and just felt like everything had been taken out of my control.

So there we are, that’s my summary of pregnancy in a pandemic. I wouldn’t recommend it, personally! However, it does make you feel a much stronger person afterwards and you do get a lovely tiny human at the end of it. Reuben was definitely the best thing to come out of 2020 for me. At least something good came out of it!