UK lockdown in our house: Week 1

Wow, what a week it has been. From the way things were going in other countries and our own rising statistics, I thought that the UK would go into lockdown. However, things seemed to progress very quickly over a matter of days and it still came as a bit of a shock to the system. I don’t know about you, but for me this all feels very surreal still. Like a bad dream I just haven’t managed to wake up from yet. Sometimes I’m pretty chilled and just focused on what I’m doing. Then at other points, the stark reality of coronavirus and COVID-19 hits me in a bad way.

Here’s how our first week of lockdown has gone.

Schools closed to everyone but keyworkers on Friday 20th March. As neither Dave or I are keyworkers, that was the end of nursery for Autumn for the foreseeable future. She was understandably disappointed, as she absolutely loves it there. However, when we’d dropped Mother’s Day gifts at door steps over the weekend and kept a distance, I’d told her that nursery and most shops were closed so that she wouldn’t expect to go to nursery on Monday.

It was a bit difficult trying to work out how to explain coronavirus and all it entails to a 3 year old. However, most of the time I’m sure they understand a lot more than we give them credit for! As such, I explained that there is a big naughty germ that is making lots of people poorly across the world. I told her that it means people have to stay at home and that lots of shops and places need to be closed to keep people safe. At the weekend she’d got very upset about not being able to hug her family or go into their houses. She now seems to understand, though. Of course, she doesn’t stop talking about going to visit everyone again!

People seem to be split on whether to homeschool their children during this time, or to just let them have fun. However, Autumn is a child who has lots of energy and needs a lot of stimulation! She loves learning and needs routine. Routine is also very good for me…and probably anyone during this time! I can’t work from home, so am not working currently. Therefore, it seemed as though homeschooling was the right way to go for both of us. All the lesson planning is taking ages, though. There is no way I’d want to be a teacher!

Autumn absolutely loves Mummy’s nursery and we’ve had so much fun! I wrote a blog post about our first week of “Apple Class”. 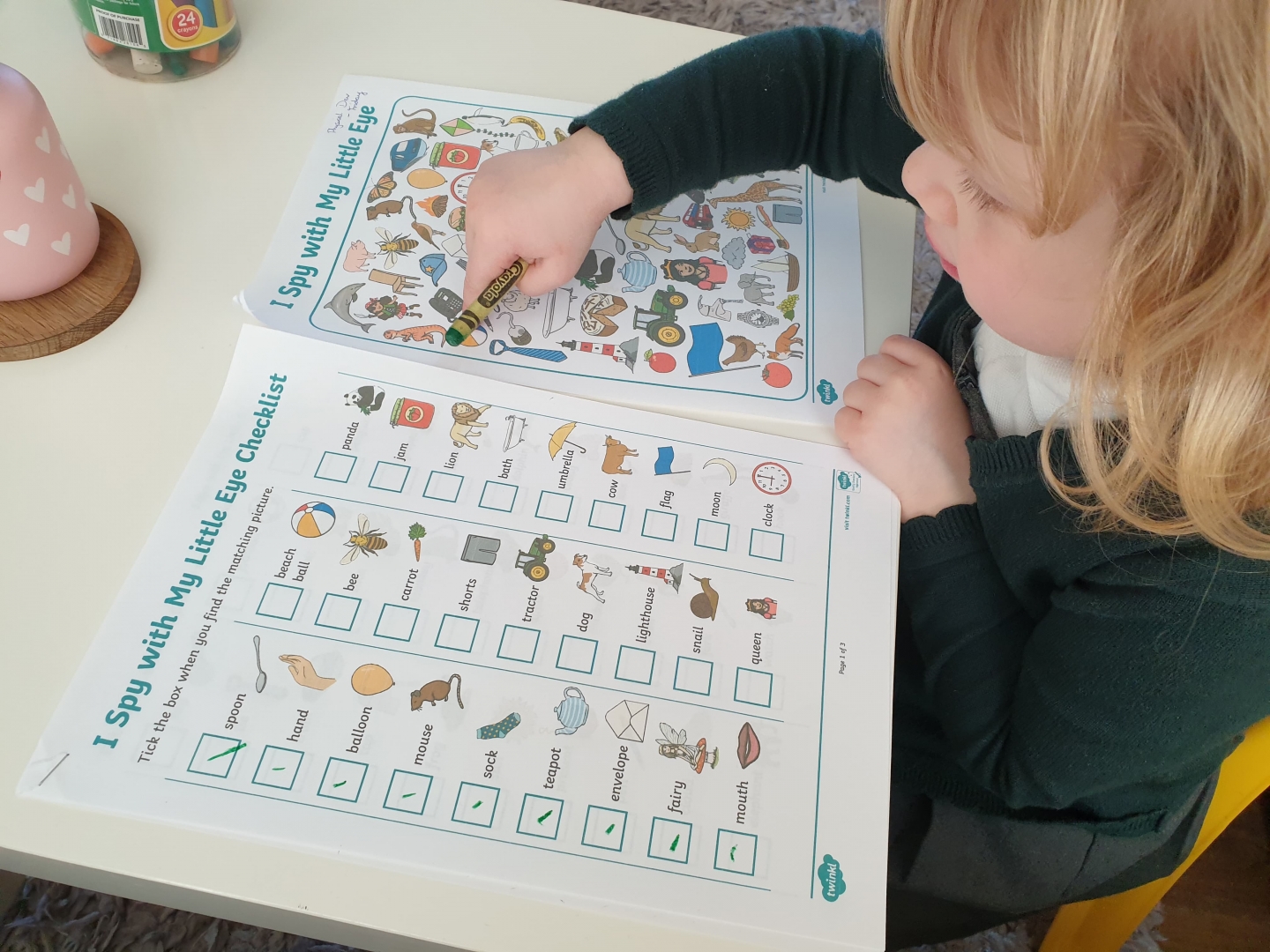 I think the biggest challenge has been knowing that we can’t visit family. It’s particularly upsetting knowing that we have elderly relatives who are on their own. Fortunately, we’re now in a position where we can either video call them or will be able to over the next few days. Hopefully this well help them to feel less isolated, as well as making us feel more in touch with them. I find it difficult seeing the room they’re in, wondering when I can visit their house again and give them a hug.

Being inside the house so much is also quite challenging, although nowhere near as much. I’ve had a lot of a headaches – something I find often happens if I don’t go out for a number of days. I don’t know why that is? We’ve been out a couple of times for some daily exercise, but mostly just stayed at home. There are some woods quite near us, but it takes a while to get there and it’s a real struggle with Autumn’s little legs. Therefore, we’re pretty much going to be restricted to just walking around roads with houses on. The joys of living in the middle of a housing estate in the armpit of Kent.

Of course, being under the same roof with no real personal space can also be problematic. With Autumn and I at home as mentioned, plus Dave working from home, we’re all here constantly. Usually our schedules overlap and differ, but now we’re constantly in each other’s pockets. This hasn’t generally been too much of a problem. However, over the weekend it did get to Dave a bit. He struggles to stay at home for more than a couple of days in a row and gets bored. As such, he got really grumpy over the weekend. This shortened his temper with Autumn and he was rude to me several times. After a few stern choice words and glares from me, things have changed. We’ll see how long that lasts!

Obviously there are people in far worse situations than us. However, lockdown life is strange and quite stressful. It makes you realise how much you take for granted usually. I’m hoping we’ll get more used to it as we go along. There have been some things that have really worked for us so far though: 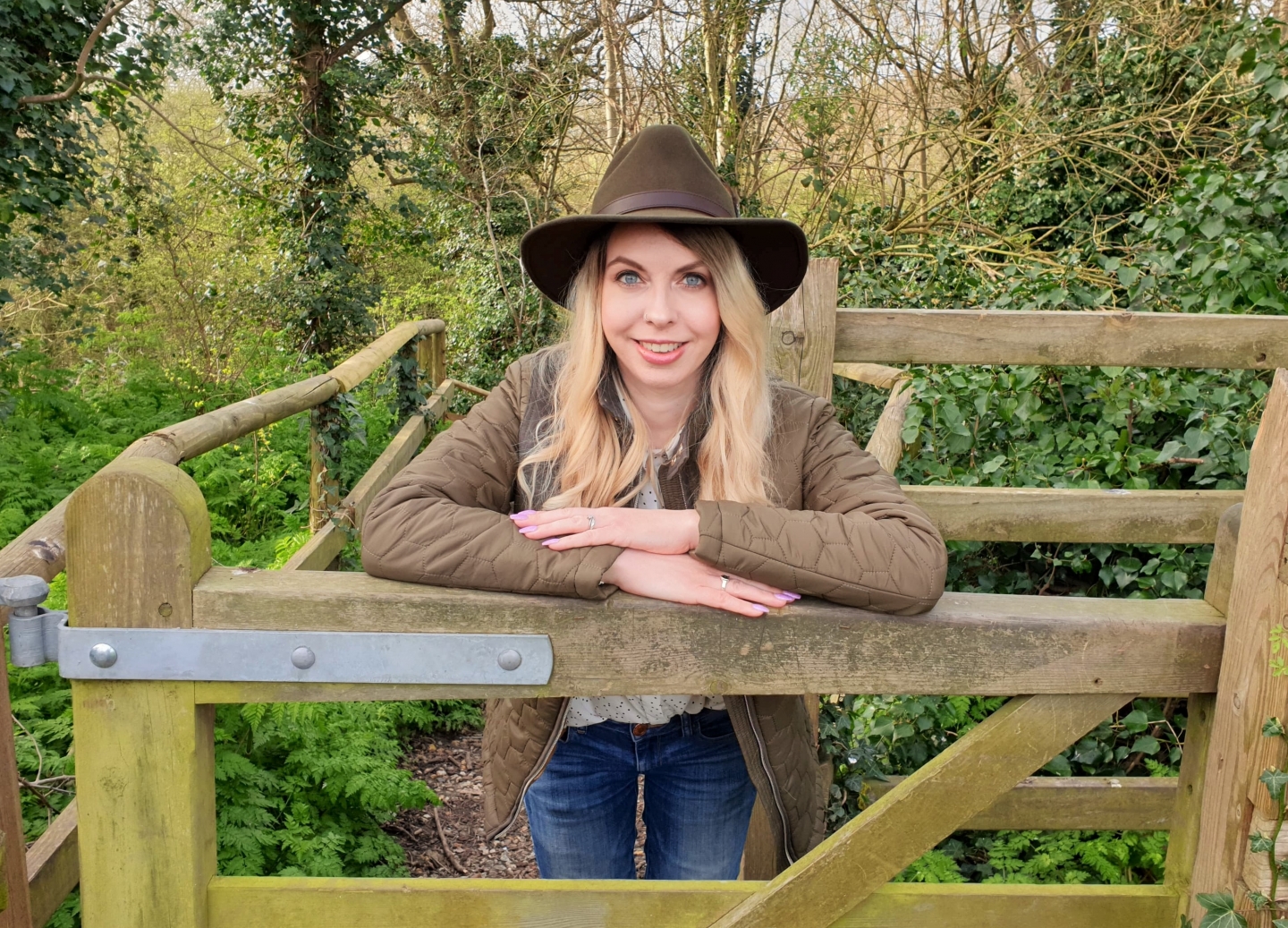 This picture was taken on a walk just before lockdown

What have you been up to? I’d love to hear from you!

Building Value Into Your Home

Really Fast Ways to Brighten Up Your Home

Our Bailey of Bristol Motorhome Adventure