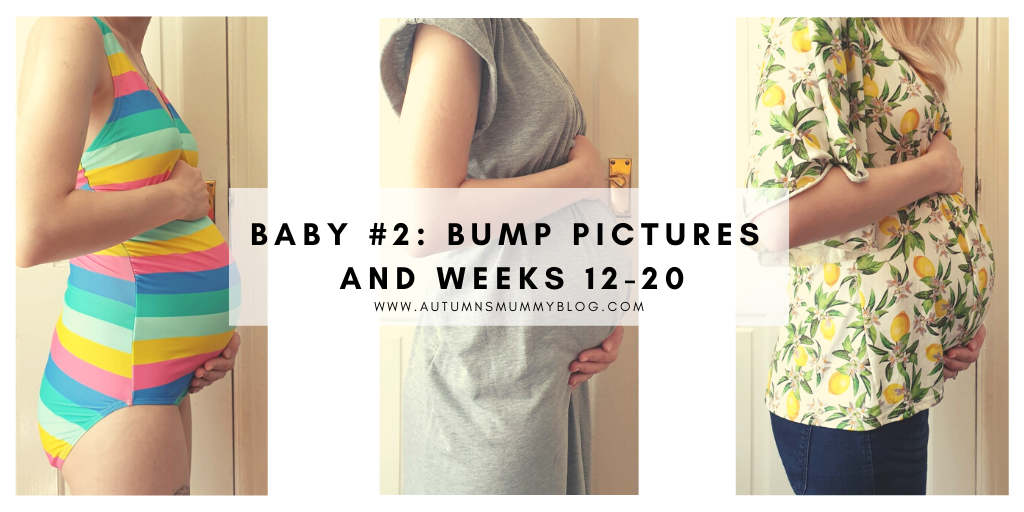 TW: Miscarriage¦ I’m now half way through my pregnancy and half way through the second trimester! Sadly, I don’t have the energy people told me I’d have once the first trimester passed. However, the good news is that I have found the energy to write about the first half of the 2nd trimester today. Bizarrely, I’ve been able to write it in one go, which is virtually unheard of these days (hooray!) So, here’s how it’s going, as well as some bump photos!

As week 12 arrived, I felt relief for two reasons. Firstly, I knew my risk of miscarriage had significantly dropped, especially as my baby had a heartbeat. Secondly, it meant that, hopefully, the end of the constant nausea was near!

Fortunately, it soon got to the point where I was only really feeling sick of an evening. This was around 13-14 weeks, so not only had it been far more intense than my first pregnancy, it also took longer to go away. It made choosing what to eat for dinner and trying to eat it really difficult. Nonetheless, it was a major improvement on how I had been feeling!

I found that with my first pregnancy with Autumn, as soon as one symptom subsided, another one appeared. This pregnancy has been much the same so far. As soon as the nausea had stopped being a permanent fixture, I started to have headaches every day. I even had a horrible 3 day migraine where I just stayed in bed or on the sofa. The head pain, as well as the dizziness and nausea that accompanied it were fairly debilitating. Fortunately, the migraine passed just in time for the day of our pregnancy announcement photoshoot!

The headaches continued to be daily from about 14-17 weeks. I’m still a lot more headache-prone, but fortunately not struggling with them every day! Once the headaches stopped being such a problem, I started having a lot of back and hip pain. I feel guilty about complaining, but my goodness, pregnancy is tough! Unfortunately, I’m not one of these people who breezes through it and feels amazing.

I was so excited about going to my 12 week scan. It felt like an extra special moment this time, as I hadn’t got to the date of the scan with the pregnancy I lost. However, I felt so upset that my husband couldn’t be there due to Covid-19 rules. I was incredibly nervous in case the scan showed something wrong with the baby and how I’d deal with it on my own. I also had to have a blood test before the scan. I’m fine with needles but very phobic of blood tests and have fainted before. Therefore, I was doubly nervous and it would have been so helpful to have him with me!

Fortunately, the scan went really well. Although, at one point I wasn’t breathing properly due to my anxiety about something being wrong with the baby. The sonographer told me to stop holding my breath and breathe normally, as it was affecting the amount of oxygen flow she was measuring on one of the baby’s organs. Oops!

I also found out that the baby was measuring bigger than the estimated due date we were working on, so the due date was moved forward sooner by 3 days! Baby is now due on 5th January!

Around 13-14 weeks, I started to have some proper cravings. For a good 5 weeks, I just couldn’t get enough of Walkers Worcestershire Sauce crisps or strawberry laces. I didn’t really fancy other foods a lot of the time and could happily have just survived on those alone.

It’s making me so happy to see my bump growing week upon week! Surprisingly, I’ve only gained around half a stone so far. I expect I will start to gain some more weight faster over the next few weeks. I’m trying to not let it be a source of anxiety as the baby does seem to be growing well, as shown by the 12 week scan and one I had since for reassurance (and to find out the gender!!) 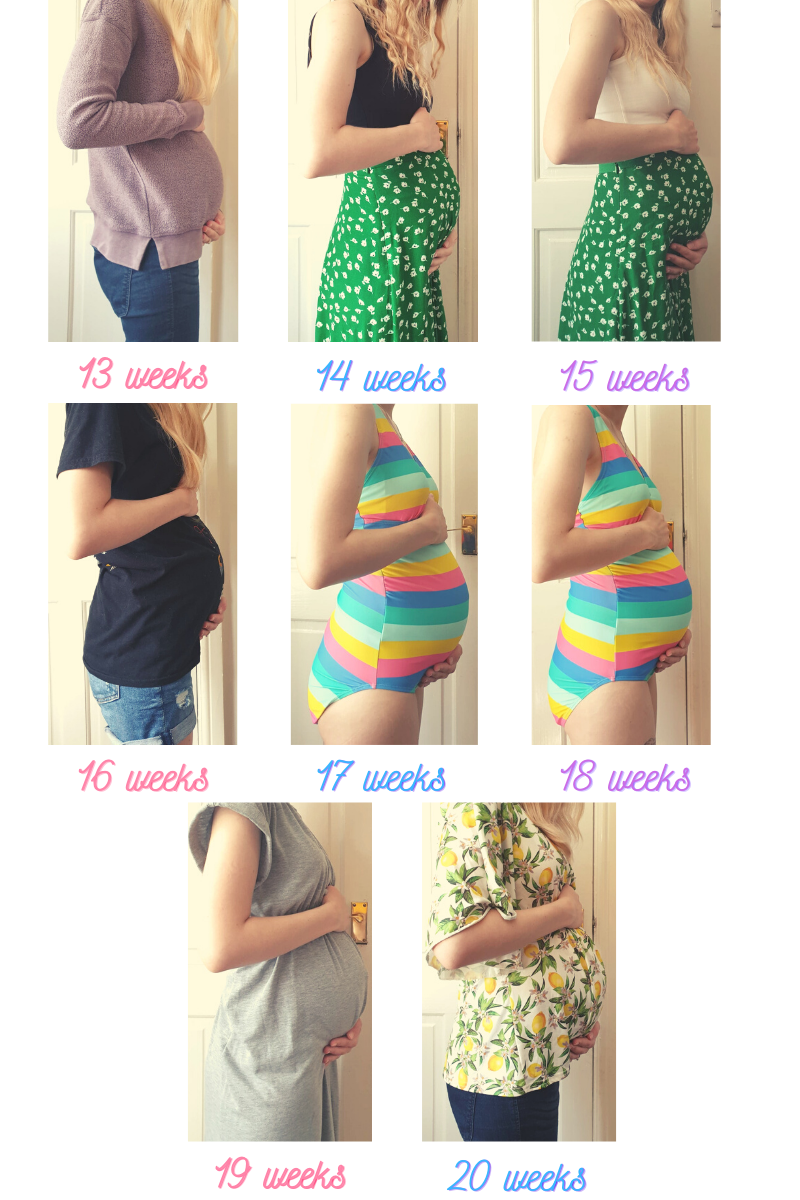 Strangely, the first trimester seemed to take forever. Perhaps it was because I was just laying around feeling extremely sick and exhausted the whole time. I’m still incredibly tired and sleeping for around 13-14 hours out of 24. However, the second trimester seems to have whizzed by so far! It’s strange to think I’m half way through the pregnancy already.