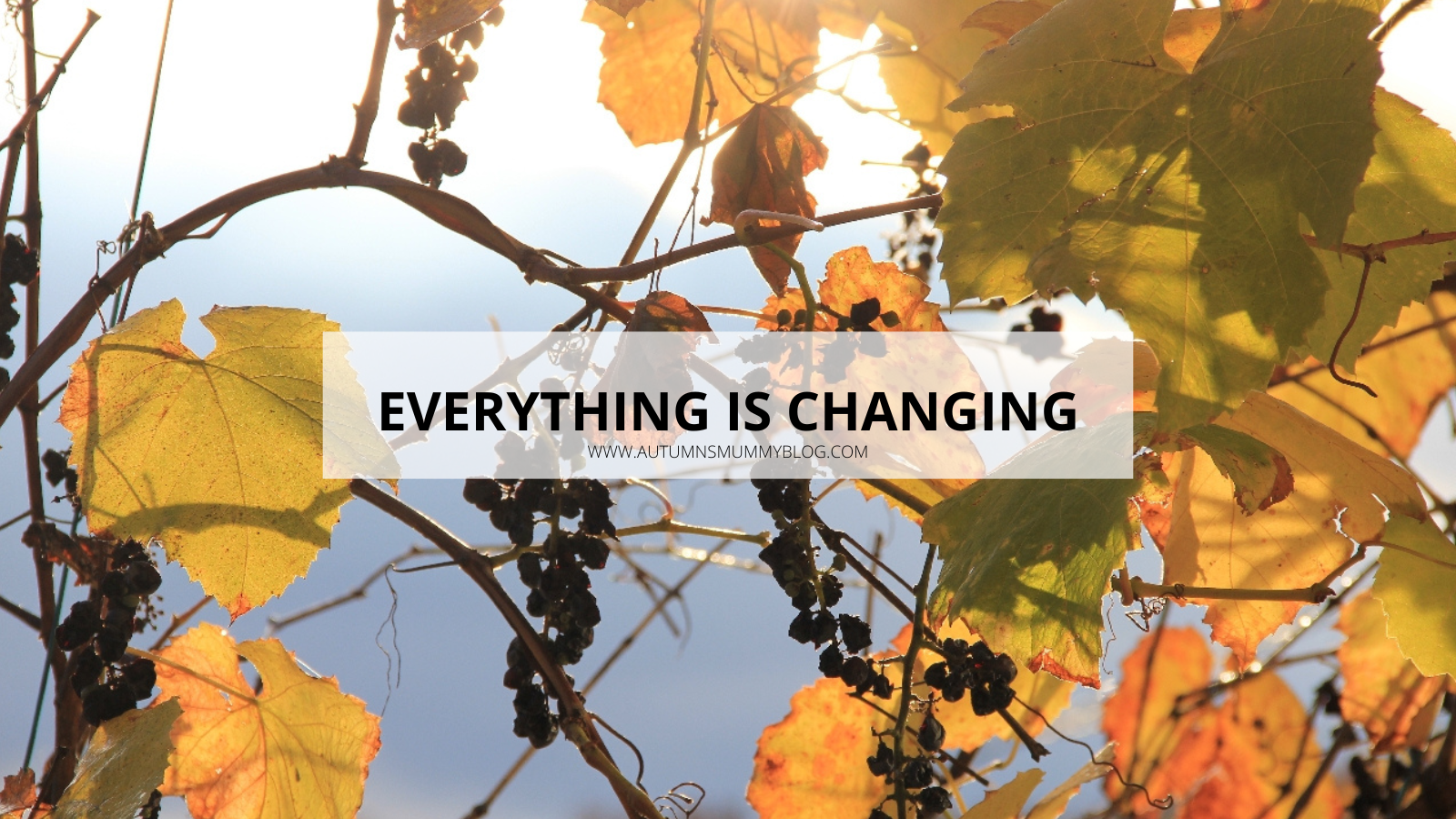 Seasons change and nothing is ever constant in life. However, this autumn has such a profuse amount of change for us that it feels quite overwhelming. The ball started rolling just over a month ago and ever since I’ve been almost willing time to stand still; to just enjoy things as they are for a little longer . That’s not to say I’m excited, but naturally I’m anxious too. Yet, try as I might, here we are approaching the end of September. The nights are drawing in, there is a noticeable autumnal chill in the air and summer is officially over in two days’ time.

The biggest thing that came out of nowhere, was my husband taking on a different job which he is due to start at the beginning of October. He will be a lot less flexible, but we will get our evenings back. He currently works Canadian hours, despite us living in the UK. This results in a lot of late nights and I don’t remember the last time we got to sit down and watch a film or something together in the evening.

My husband’s less flexible hours means I have resigned from my part-time job. It’s weird, for years I always wanted to be a stay-at-home mum. Now the opportunity has finally fallen in my lap, I’m not sure that I did still want that? Perhaps it’s just because I love my job so much! Also, as much as I love my kids to bits it is a relief to be able to get a bit of breathing space away from them sometimes.

As upset as I am about my job, I am SO excited that the time I will gain from not working will allow me to study again. I had been consistently stressing out about how I was going to finish the other half of my degree. I was spinning so many plates as it was, it certainly wasn’t possible for me to add study onto that. I’m actually so enthusiastic about it that I’ve started reading the materials already even though my module doesn’t officially start until the beginning of October!

Over the summer, our house has been a building site, really. My brother and husband knocked the old plaster off of the walls in the hallway, lounge, bedrooms and the landing (SO. MUCH. DUST.) and we had all the plaster redone. We have just reached the point where all the walls are painted. Floors are next but I can’t lie, I’m probably more excited about when I don’t have to share my shower with a creepy dolphin every morning!

On a national level, I feel I need to mention the Queen. It feels strange that she’s gone and we now have King Charles III. Queen Elizabeth II always felt like a reassuring presence to me. She was always there, no matter what else was going on and I found her Covid speech very emotional. This may seem a strange thing to add to this post…but at a time I was already feeling unsettled, it’s added a little more unsettledness into the mix somehow.

On a completely different matter nationally, there’s also the issue of bills this winter. As if we weren’t paying enough for everything, the cost of utilities is a very real concern. It worries me that the aforementioned changes in our household are happening just before it all, too. We’ll certainly be making more of an effort to put on more layers rather than putting the heating on like we have in previous years.

Autumn is the time of year where we see how beautiful it is to let things go. So I’m hoping that as we emerge from things as we knew them, life becomes more beautiful. It should, as in theory we’ll have a lot more time to spend together as a family.

I mean, it might be candlelit, but it’ll be time together!