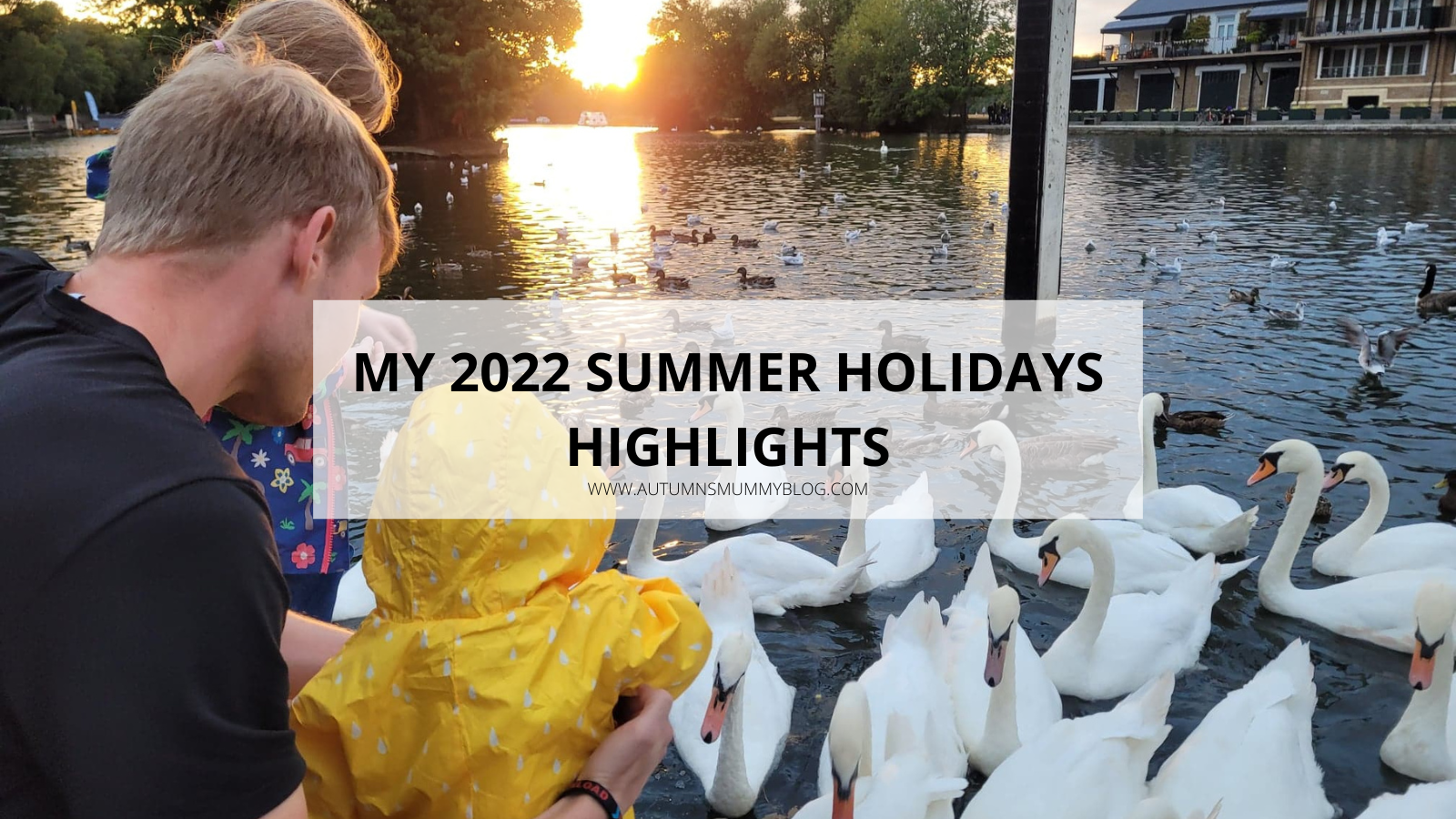 Wow, we made it through 6 weeks of being asked a million times a day for a snack! For me, it seemed to go by really fast. I’m both glad but sad to see it come to an end. Autumn is actually really happy to go back to school today though; I know she’s missed her friends over the summer. Despite the last week being written off due to me having a wisdom tooth out, we have crammed a lot of fun into the summer holidays. Here are some of my highlights:

BlogOn Kids was the first thing we had planned for the holidays. Autumn was so excited because she’d always seen me coming back from BlogOn conferences with huge goody bags and she always wanted to be part of the action. She had the best time playing, crafting and getting glammed up with hair chalk and body glitter. Reuben loved it too, especially playing with the bubbles. I would have loved to have just bottled up the delicious delight on his chubby little face.

It was a completely different kind of BlogOn conference, but in a good way! I was exhausted at the end of the day – but not quite as much as the kids who slept pretty much the entire way home. Result!

At the end of spring, we found that Autumn had grown so much since last year that her knees were bashing into the handles of her bike. Even after adjusting it as much as we could, there was still no difference. So, after some discussion, we decided to buy Autumn a bike for her birthday. Although her birthday is in September, we thought we’d buy it for her at the beginning of the summer holidays so she could get more use out of it!

I don’t know who was more excited, me or her! Of course, she chose the pinkest, girliest bike in the shop. It’s been lovely seeing her enjoying it over the summer and growing in confidence.

Feeding the ducks with Reuben

There was one afternoon where we didn’t have Autumn for a few hours. After a walk and some driving around exploring the Kent countryside, we stopped off at a lovely little farm shop in Bredgar. We bought some duck food there and crossed the road. We showed Reuben how to feed the ducks and he picked it up really fast. He absolutely loved it and had such a big smile throwing the food to them.

Our day out didn’t start well, as the journey took over twice as long as it should have done. I hate the M25! Upon our arrival, there was then a problem with how the tickets I’d won in a competition earlier in the year had been sent through. I spent over half an hour on the phone and had a massive headache by this point.

Although my headache and stressed state stuck around for the rest of the afternoon and we missed out on a lot, we still managed to have a good time. My personal highlights of the day were

While we were there, we walked right by Rob Beckett and his family. Although we enjoy his comedy, I didn’t say anything as I didn’t want to bother him on a family day out.

Afterwards, we went into Windsor and fed the swans and ate chips in a park at sunset. It was a wonderful end to the day.

At the beginning of the summer, I’d arranged to meet up with an old friend with our children. Her son and Autumn really enjoyed playing together last summer and it was nice to have a catch up. I just had a really nice time enjoying the country park with her family, chatting away and meeting her cute little newborn. Autumn was a bit of a handful though – I think she was showing off!

I hope you had a good summer! Hopefully we’ll have a few more weeks of warm weather before we have to start wrapping up in a bid to keep the energy bills down.