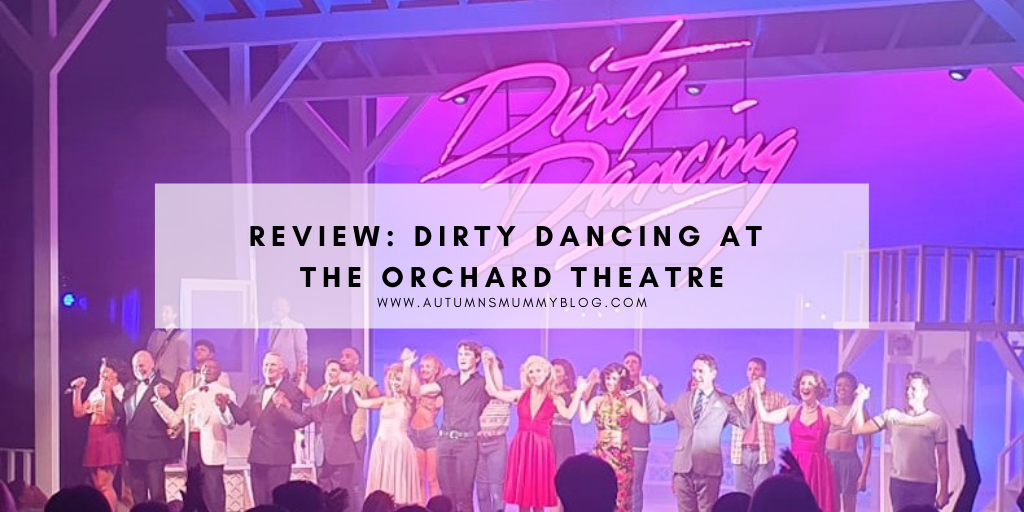 Review (Gifted)¦ Yesterday evening, my Mum and I attended the opening night of  the Dirty Dancing tour’s 5 day stint at the Orchard Theatre in Dartford. We’re big fans of the 1987 film and were really excited, but also a little concerned that it might not live up to our expectations as the film is just so good!

If you’re unfamiliar with the storyline of Dirty Dancing, then I implore you to watch the film or book tickets immediately! I was late to the party, only watching it for the first time during the pandemic (shocking, I know). I wish had seen it much sooner as it’s such a great film. I’ve made up for lost time by watching it about 10 times since, though!

Dirty Dancing follows the story of 17 year old Frances “Baby” Houseman. Her Dad is the doctor and friend of Max Kellerman, who invites the family to his resort in the Catskill mountains. Baby isn’t particularly interested in the resort’s activities and goes exploring, ultimately finding out about dance instructor Penny’s unwanted pregnancy. Keen to help, she steps in and learns to dance with Penny’s dance partner and fellow instructor Johnny Castle. As the story unfolds and she goes from strength to strength with her dancing, they fall in love. However, they are from completely different walks of life and there are lots of twists and turns along the way.

With drinks in hand from the bar, we easily found our seats. The iconic Dirty Dancing logo adorned the stage in pink neon and we couldn’t wait for the show to begin. 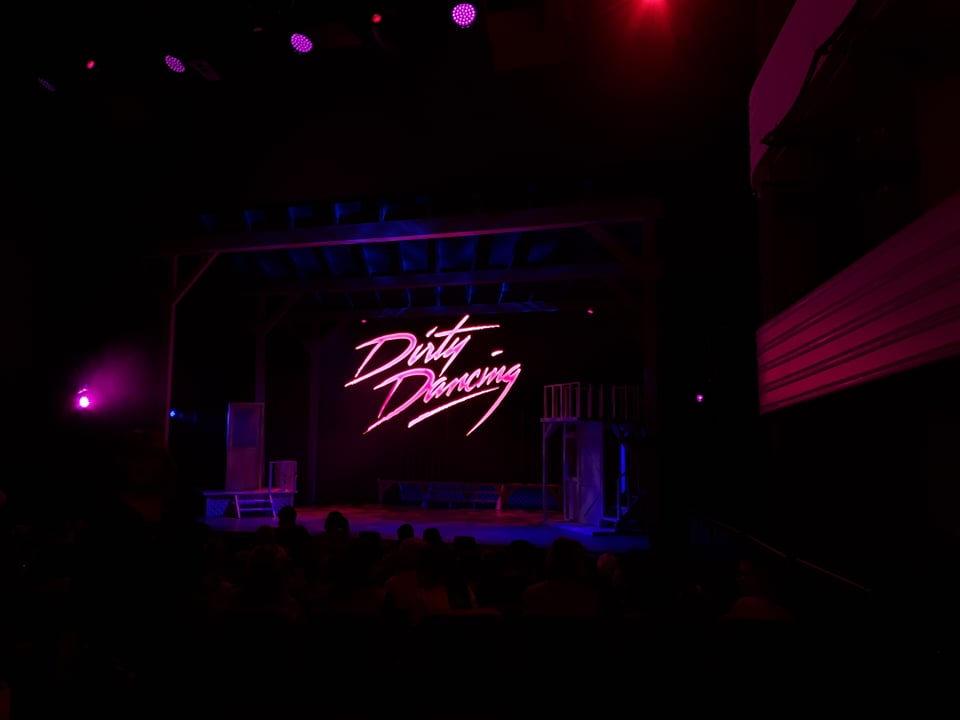 It quickly became apparent that disappointment was not going to be on the cards for even the most hardcore fans of the film. The casting was excellent and the show was true to the original storyline. Despite there being a couple of added bits of humour, they didn’t take away from the show and made it more interactive as it was live.

Although there was only one Patrick Swayze, Michael O’Reilly really held his own and did a fantastic job of portraying Johnny. I will say, there was one very unexpected moment from him that made the audience squeal in delight. I was so surprised that I actually dropped a spoonful of the chocolate ice cream I’d got during the interval down my top! 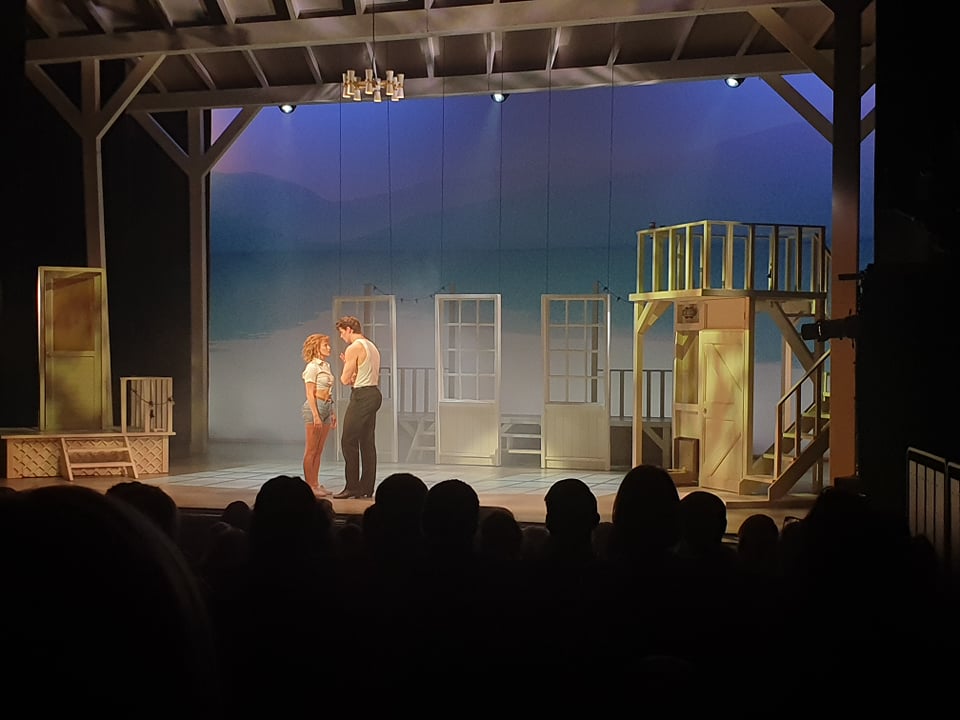 The music and singing were fantastic too. I got goosebumps several times as some of the cast had such amazing voices. As for the choreography…wow. Just wow. The dancing in the film is amazing and to see some of those iconic routines live was really special.

The dance to “(I’ve Had) The Time Of My Life” and the iconic lift were perfectly executed. I could have watched the cast perform that song 10 times over, it was just so good. The delight in the room was palpable. You could have probably powered the whole of Dartford for a day if you could have harnessed the excitement in the room and converted it into electricity!

At the end, the cast received a much deserved standing ovation from the audience. 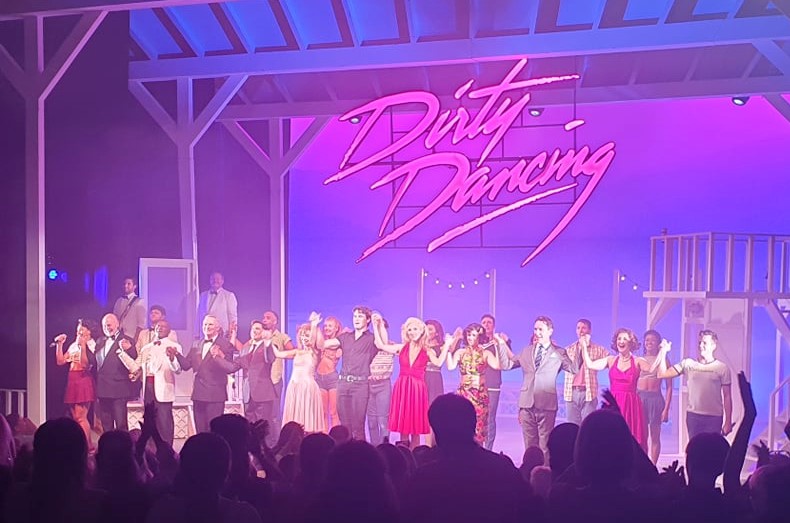 At present, there are still tickets on sale starting from £41.50 a seat. I highly recommend going if you haven’t already booked tickets.

If you’re a fan of Dirty Dancing you do not want to miss this. If I was made of money I’d be booking in to go and see it for each of the remaining 4 days it’s in Dartford as I enjoyed it that much! In fact, I came straight home and watched the film so I could relive it all again.

Disclosure: We were gifted tickets in exchange for coverage of Dirty Dancing at the Orchard Theatre. As always, all views and opinions are honest and my own.

1 thought on “Review: Dirty Dancing at the Orchard Theatre”