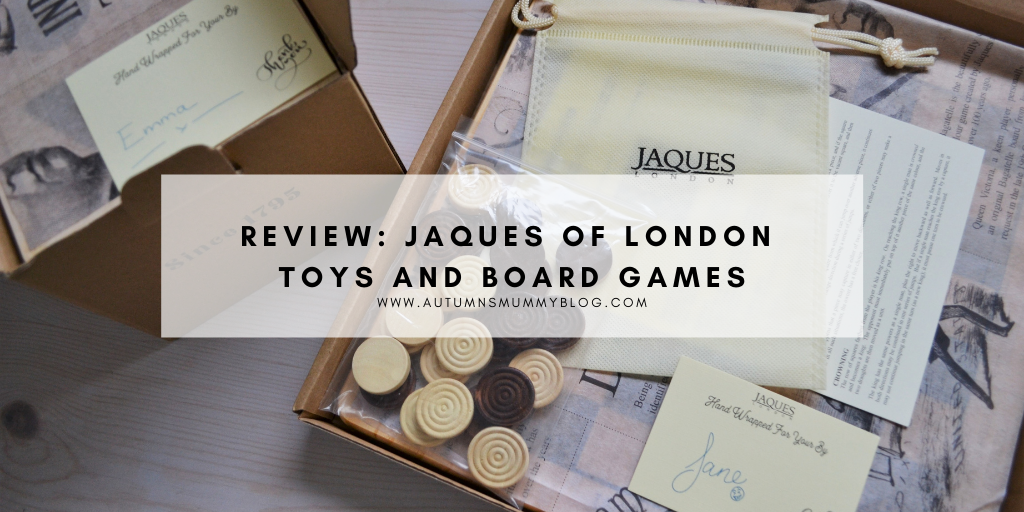 Review – Gifted¦ Established in 1795, Jaques of London is the oldest games company and sports manufacturer in the world. Amazingly, it has stayed in the same family and is now on its eight generation! According to their website, “Jaques have been responsible for inventing many well known games, such as Croquet, Ping Pong, Snakes and Ladders, Ludo, Tiddledy Winks, The Staunton Chess Set, Happy Families, Snap and many more”.

We were recently invited to review a couple of their products and have been very impressed. See for yourself and shop at Jaques of London with a 15% discount by using this link: https://jaques.games/15off

With the nights drawing in and the weather cooler, it’s becoming harder to entertain children. When you’re cooped up inside due to inclement weather, it’s easy to fall into the traps of more screen time. Yet, what could be lovelier and cosier than snuggling up on the sofa with a hot drink and a brilliant game, or even hiding out in a blanket fort?

When our toys from Jaques London arrived, I was instantly impressed. The packaging was beautiful and traditional. Perfect for gifting, or a touch of luxury if you’re buying something for your own family. 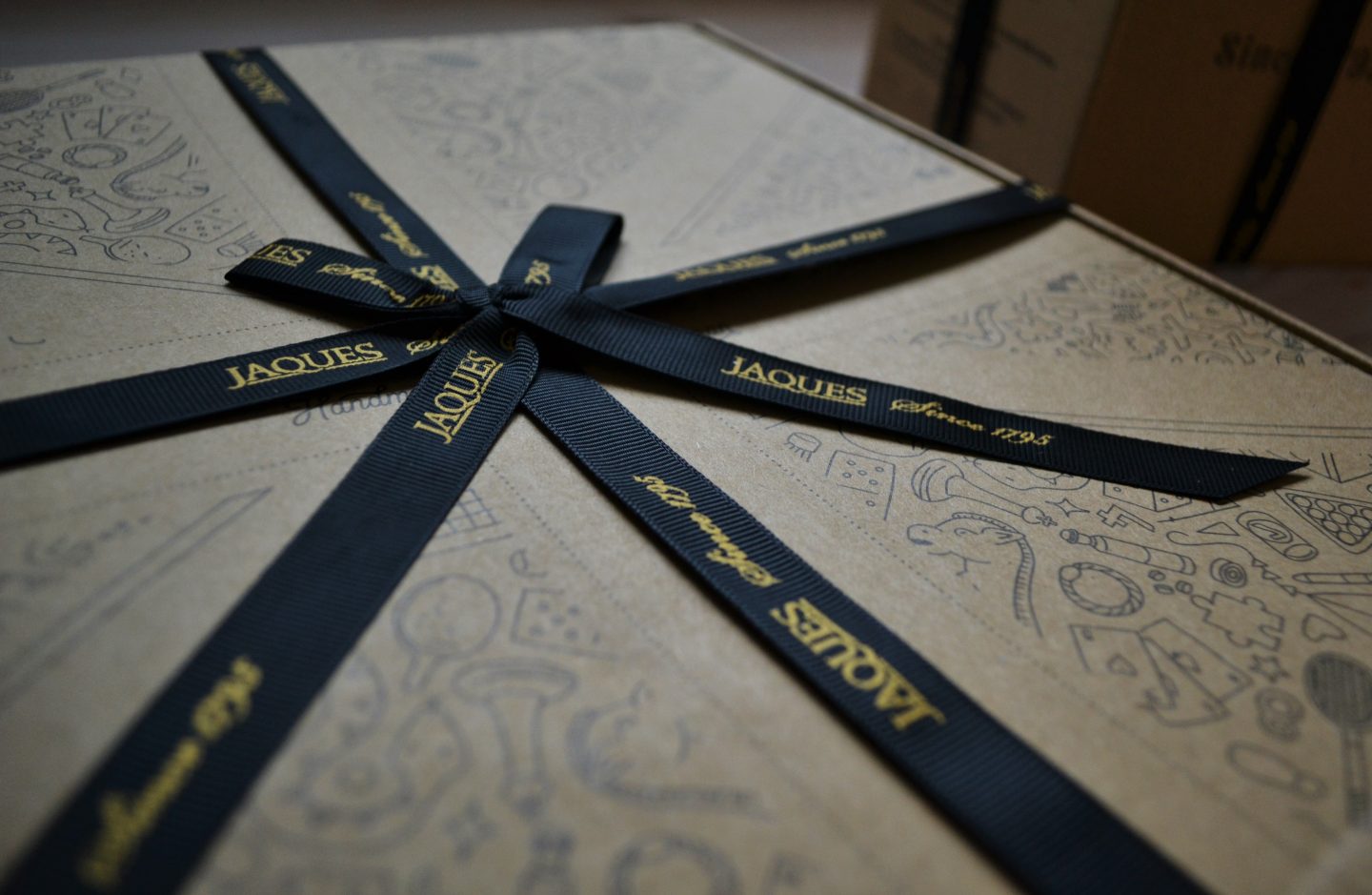 We chose a draughts set and shape sorter to review; something for each of my children. The note inside saying who wrapped each item was a lovely personal touch. I really appreciate little things like that! 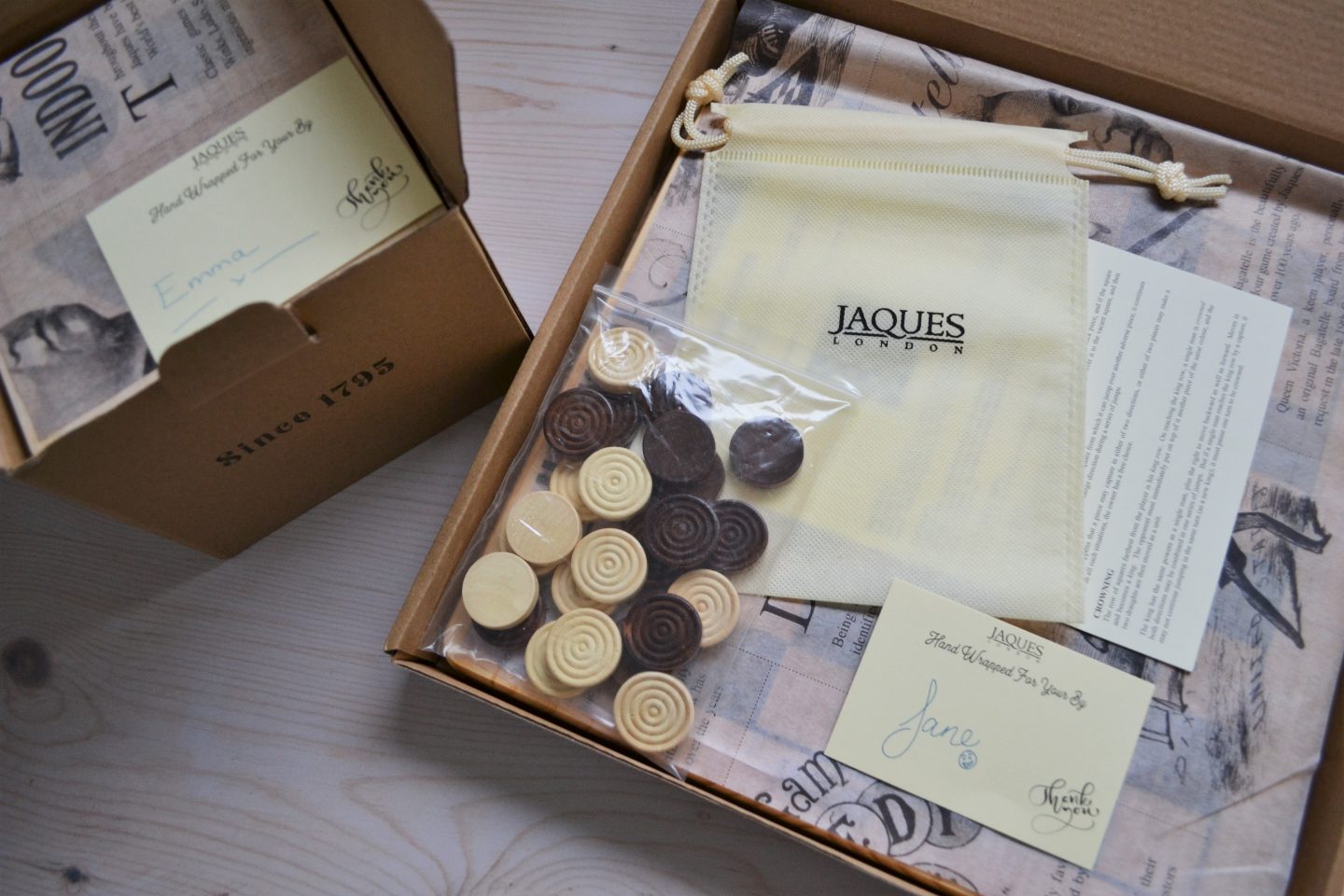 For Reuben, I selected a Shape Sorter. He’s a little young for it at the moment really, having only just turned 10 months old. However, I have already been looking for Toys for 1 year olds ahead of his first birthday in January. He’s recently become very interested in stacking cups inside each other and dropping balls through a hole in a box. As such, I knew he would really enjoy this toy! He’s already enjoyed playing with it and it will be fun watching him learn more and more as he uses it! 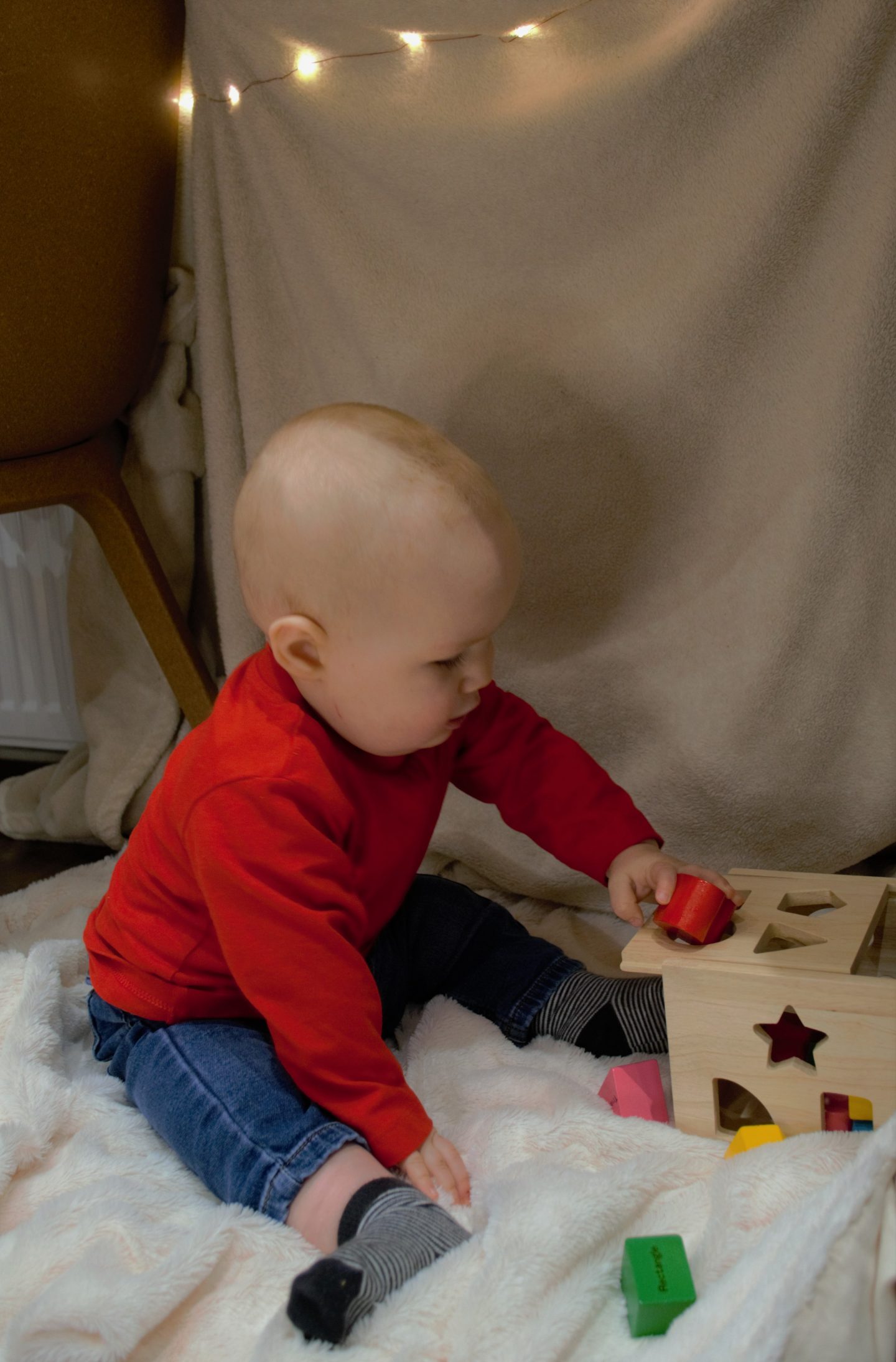 Made of 100% FSC approved wood and using water-based paints on the shapes, it is good for the planet and safe for baby. It will not only help to develop his fine motor skills, but his mathematical skills too as we discuss the shapes! Even my 5 year old, Autumn, benefits from playing with this when it comes to some of the more complex shapes. As such, I know this will be played with for years to come!

Children’s toys seem to take up a lot of room in the house. Therefore it’s great that the shapes can be safely and easily stored inside the cube, thanks to the sliding lid. It feels well made and the lid opens and closes with ease. 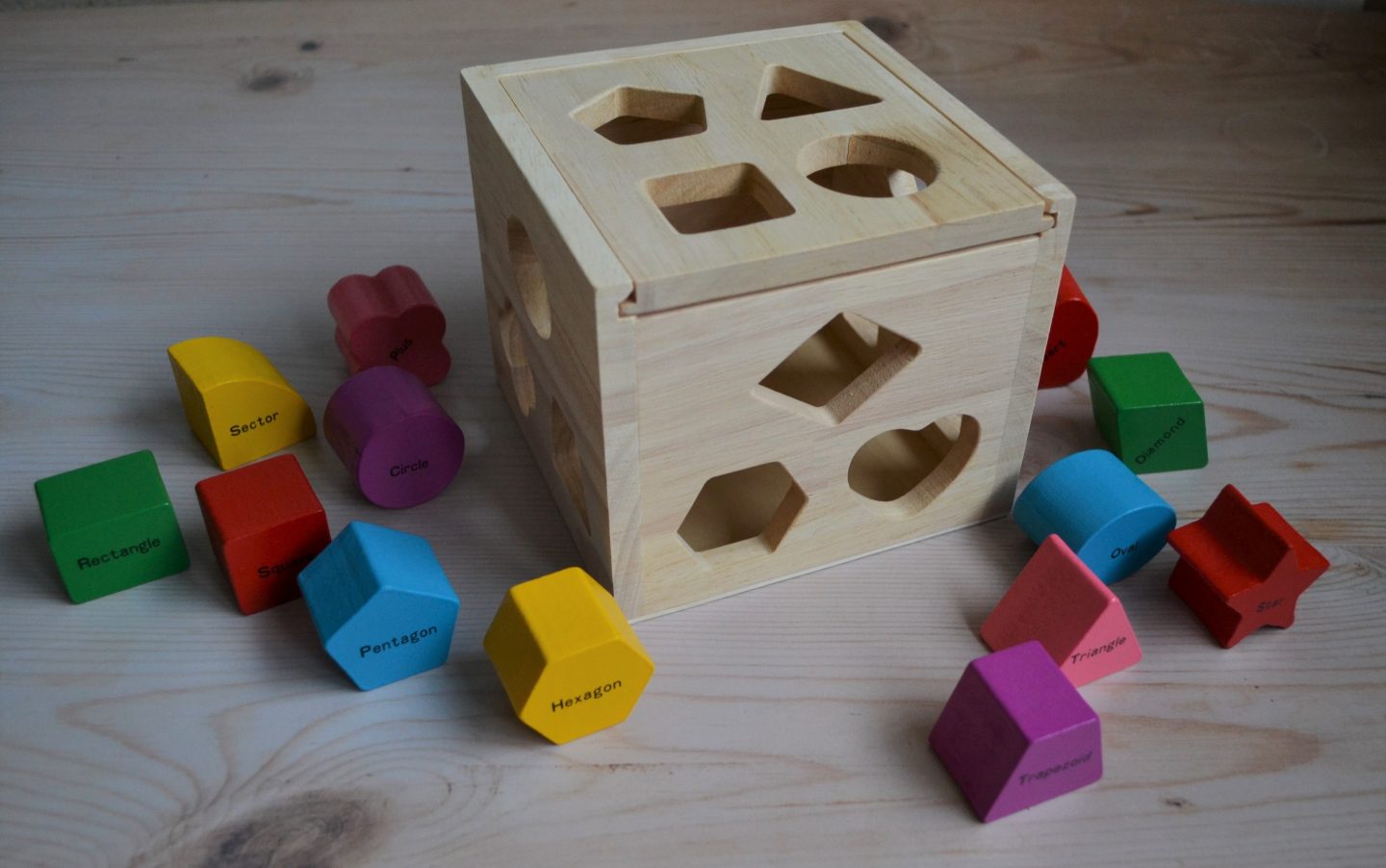 Part of the beauty of Jaques of London Wooden Toys is that they will last for years. When I was deciding what to review with my children, I didn’t see a single toy that would be outgrown quickly. Not only that, but they can be passed from child to child and eventually down to the next generation.

The Draughts Set I chose Autumn, however, is something she won’t grow out of at all! I’m sure we’ll enjoy playing with it for years to come. Once again, it’s very well made and the grain of the wood is beautiful. Jaques sell a bag of draughts pieces separately too, which is good to know in case any get lost! 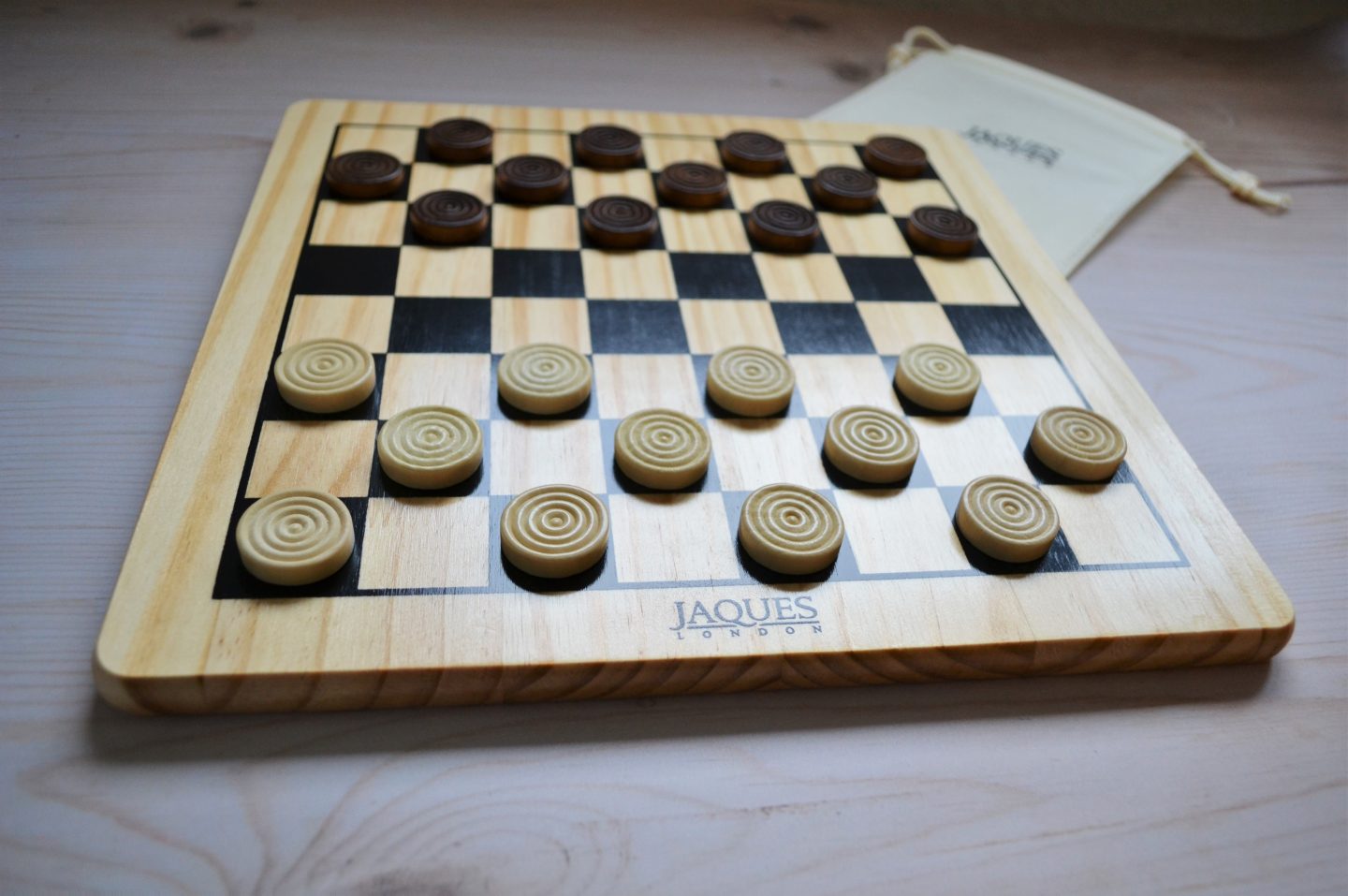 So far, Autumn and I have gone through the basics. I’m looking forward to playing a proper game with her when we get a bit of downtime! 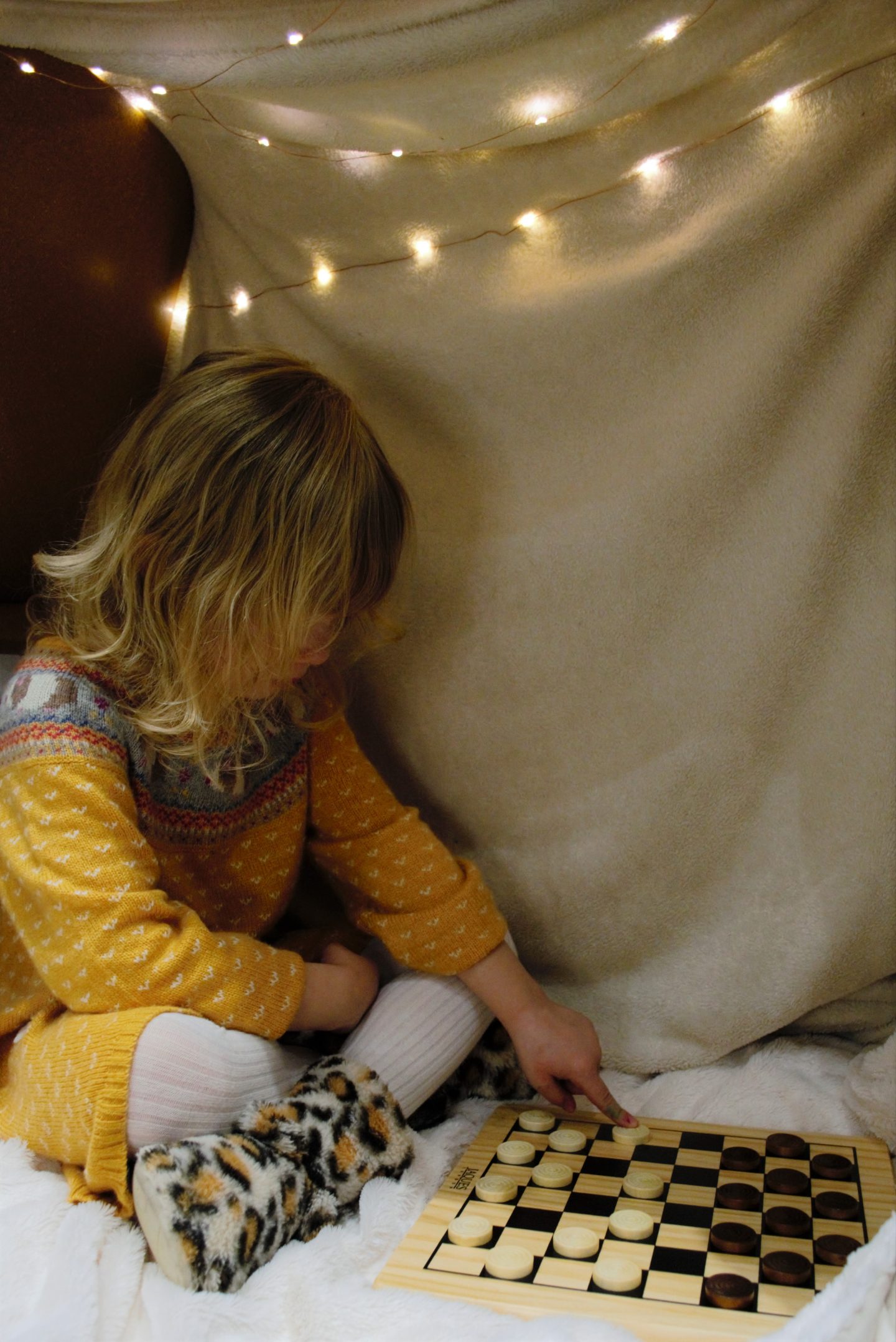 Disclosure: We were kindly gifted the aforementioned shape sorter and draughts board  from Jaques of London for the purpose of this review. As always, all views and opinions are honest and my own.

1 thought on “Review: Jaques of London toys and board games”