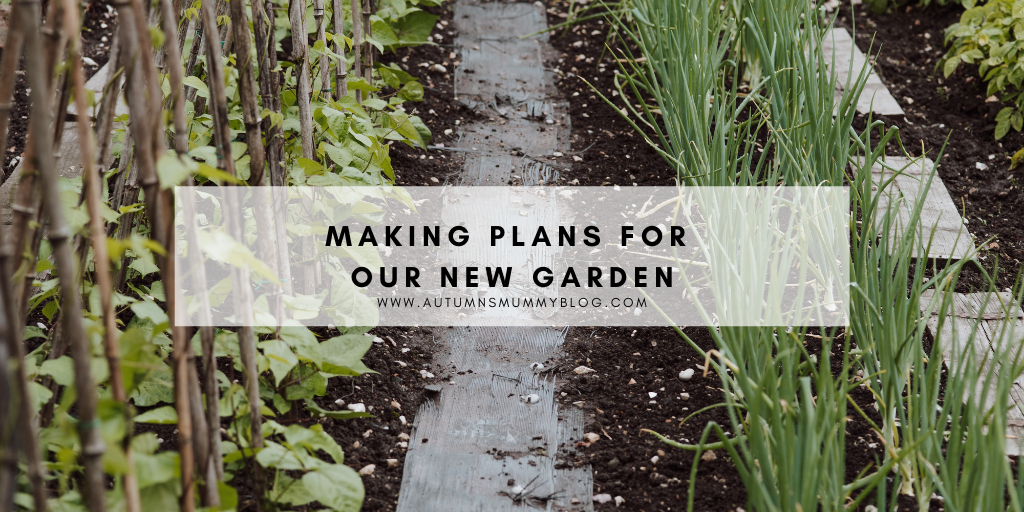 Collaborative Post¦ We moved into our new house in November. Well, I say new. It’s been 8 months since we moved in, although it certainly doesn’t feel like it! The only thing we’ve managed to do so far is the majority of a rewire, some plumbing work done and some brickwork repointing. As for the garden, I’ve barely even touched it. With Reuben arriving at the beginning of January, I’ve had my hands full! That hasn’t stopped me from dreaming about what I’m going to do with the garden though.

At the moment, the garden could do with a fair amount of work. The grass area is very bumpy and uneven. It’s also a fairly steep slope, which means a paddling pool is currently out of the question. Despite my efforts with weeding, they still keep creeping up between the paving slabs on the patio. We also need to completely get rid of the Japanese orchid which is trying to encroach on the rest of the garden. 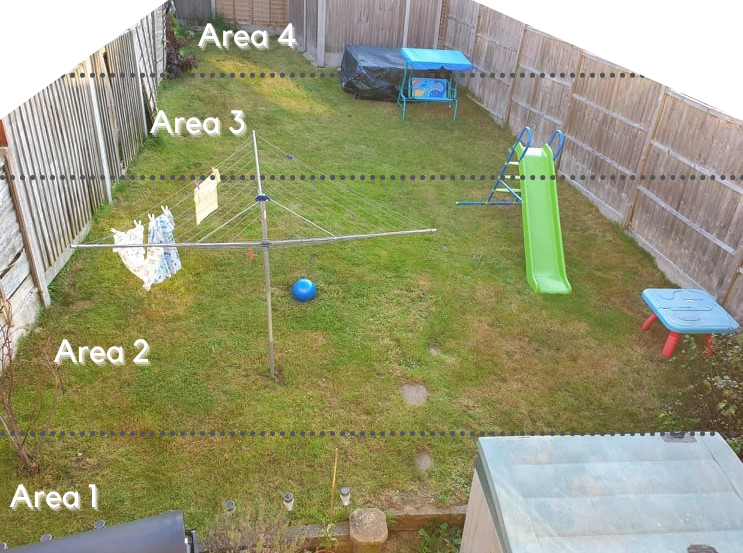 In area one, I want to make the patio area bigger and obviously get better paving slabs! We’ve recently begun to create a little wildflower patch to one side of the patio area, so I like the idea of keeping that. Although, perhaps we could find another area of the garden to grow wildflowers for the bees? The increased size of the patio area will allow us to comfortably have a barbecue and some weatherproof garden furniture. It’s so important that the table and chairs we have are weatherproof. After all, it’s no secret that British weather can be very inclement. Our garden furniture has fallen victim to it in the past!

I plan to keep the second area raised higher than the patio and flatten it out. Then I’ll create a raised vegetable patch over at the right hand side. We’ve previously tried our hand at growing several kinds of vegetables, including potatoes and carrots. We really enjoyed it and I’d like us to do it on a larger scale now that we’re not constrained to things you can grow in pots (our old back garden was completely patio). Alongside the vegetable patch will be a good amount of room for us to play in, especially as I don’t want to keep the rotary washing line there. I grew up with a proper pole washing line and I’m sure the line being so much higher allows washing to dry so much quicker. It’s also less intrusive in the garden and I personally think it looks nicer, so that’s what I want to go for.

Area three will be another level higher still and once again levelled out. Over to one side, we’ll have a potting shed. At the other, we’ll place our rattan lounge set to relax on with a good view over the garden.

Finally, in area four, we hope to place a prefab garage. Although we already have a garage, I have grand plans to turn it into a kitchen one day. We do have a driveway, but it would be nice to have somewhere to put our cars and work on them undercover. Besides, our current garage is so narrow that my Toyota Yaris barely fits in it!

1 thought on “Making plans for our new garden”