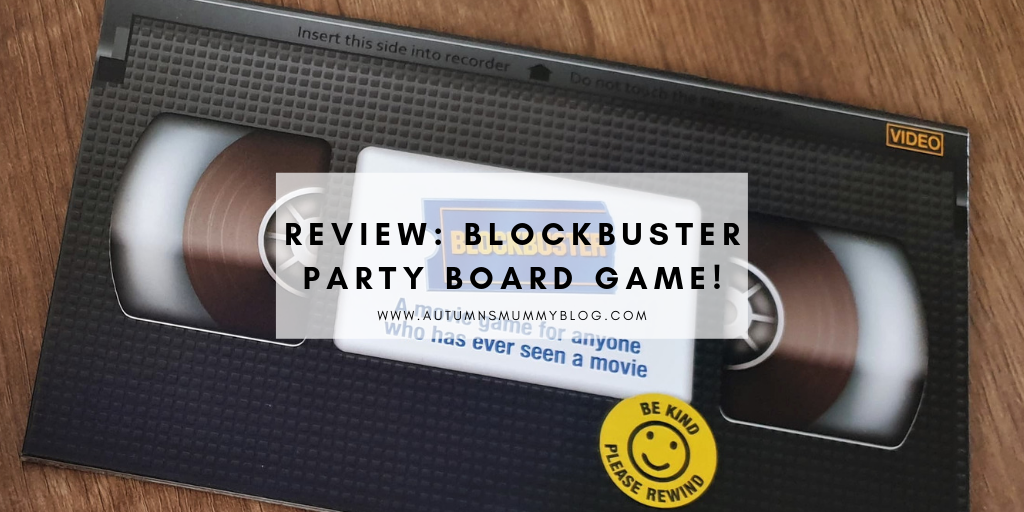 Review¦ Don’t you just miss the 90’s? I find myself getting so nostalgic over Polly Pockets, Furbies and Blockbuster! I can barely describe the excitement of rolling up outside Blockbuster, thinking about what film or game you were going to choose. Then there was the smell, which I can only really think to describe as the smell of excitement and popcorn. Although we saw it coming, Blockbuster’s closure was a sad event. However, Big Potato Games have now brought it back in board game form. As such, you can reminisce whilst having fun with your friends and family!

As with all of Big Potato Games’ board games, the design is just perfect. It is clear that a lot of thought is put into the visual appeal of their games. Unsurprisingly, my friends and I often choose their games when we go to the board game cafe. This game is no exception. Naturally, the game’s box is a VHS tape box. This in itself is nostalgic – I can’t remember the last time I opened one! 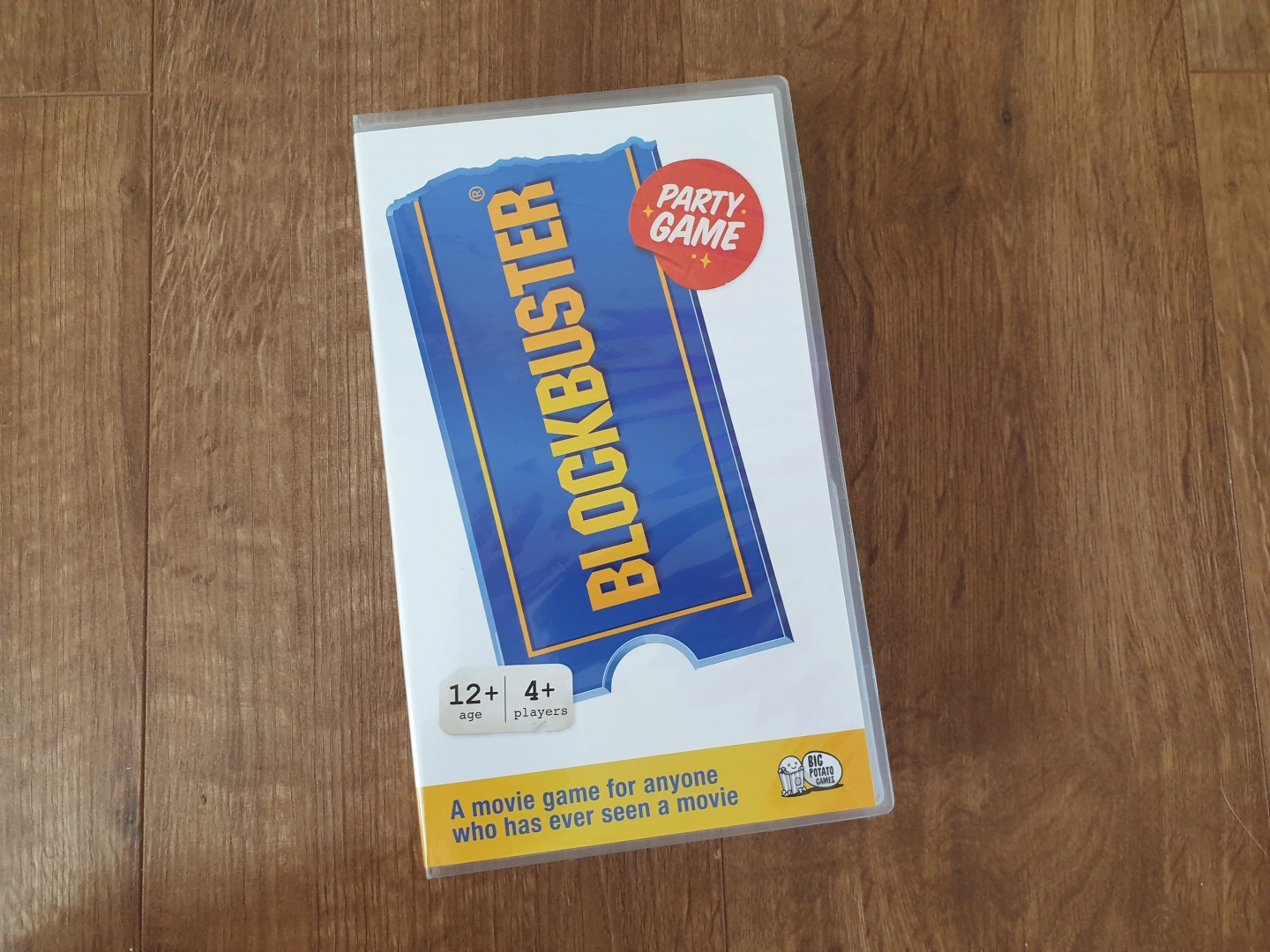 When you open the box, the board game itself even looks like a video tape (back and front!) Even the 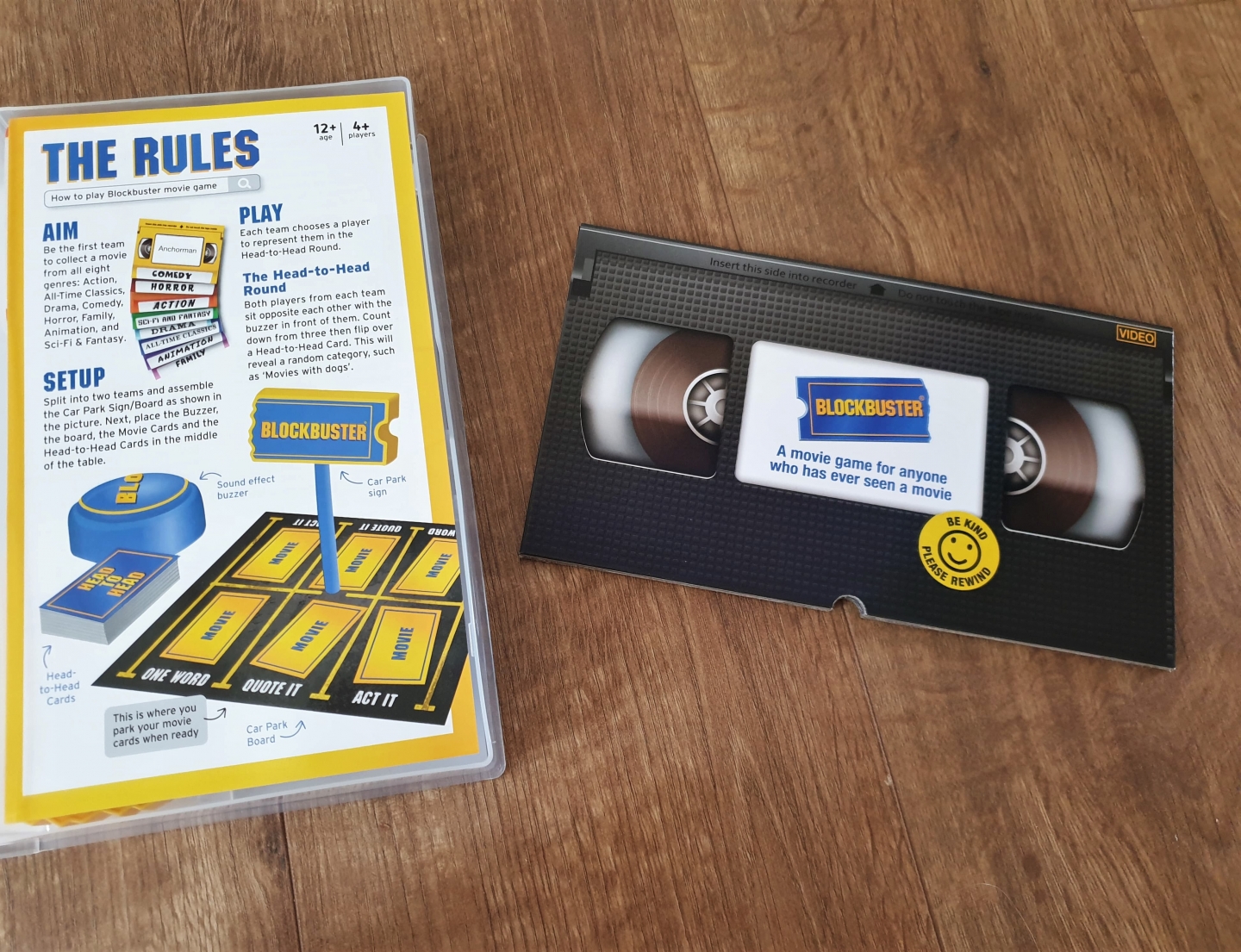 Even some of the cards are designed to look like video tapes and the board as a car park, complete with Blockbuster sign! 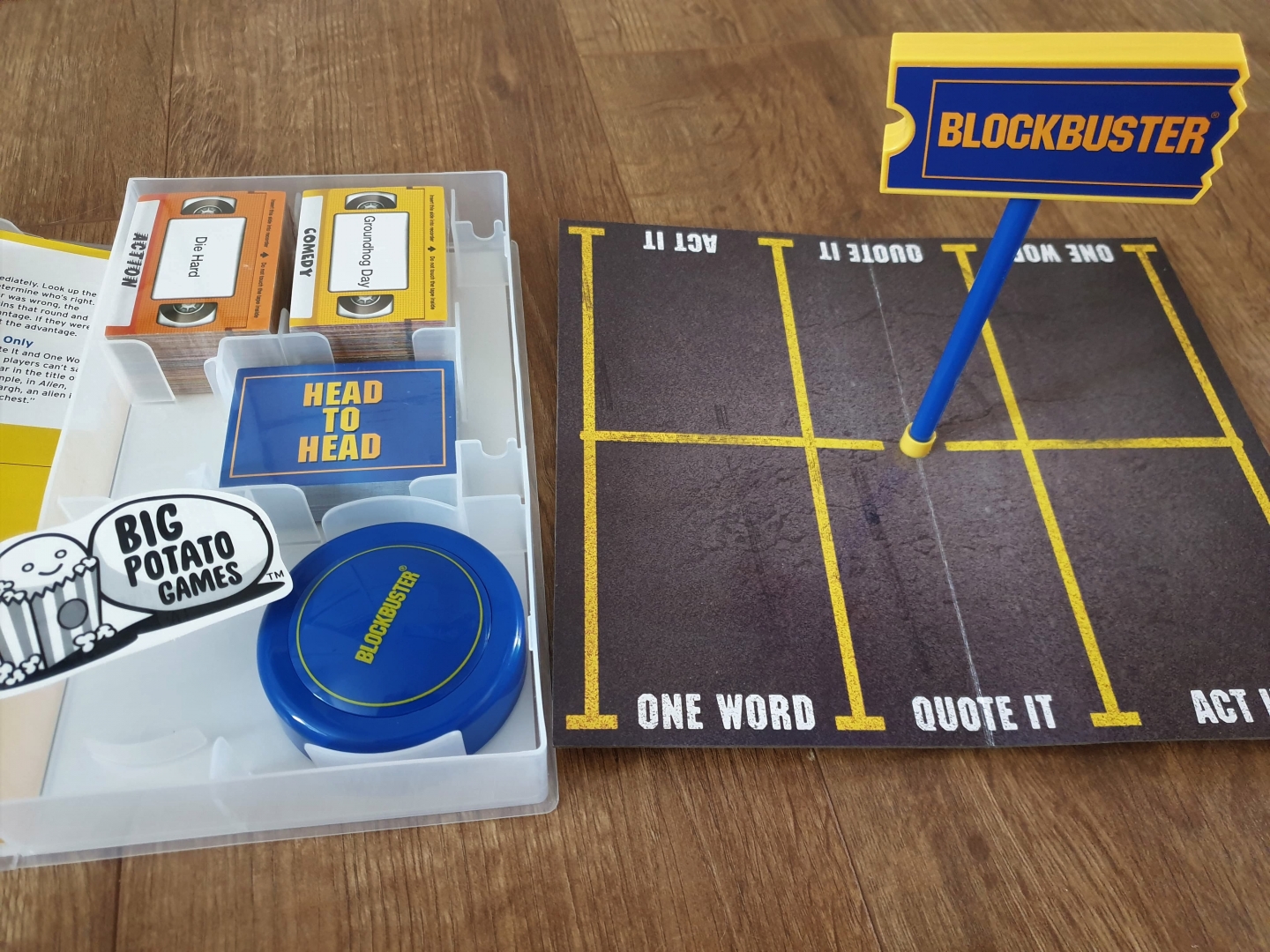 So, is the game as good to play as it looks? You need 4 or more players to divide into teams and it’s aimed at 12 years and above. We were a little concerned that we would struggle to play it as none of us are film buffs. However, it was fine as you don’t need much movie knowledge. We had great fun along the way too, laughing every couple of minutes. Oh, and we got surprisingly competitive! 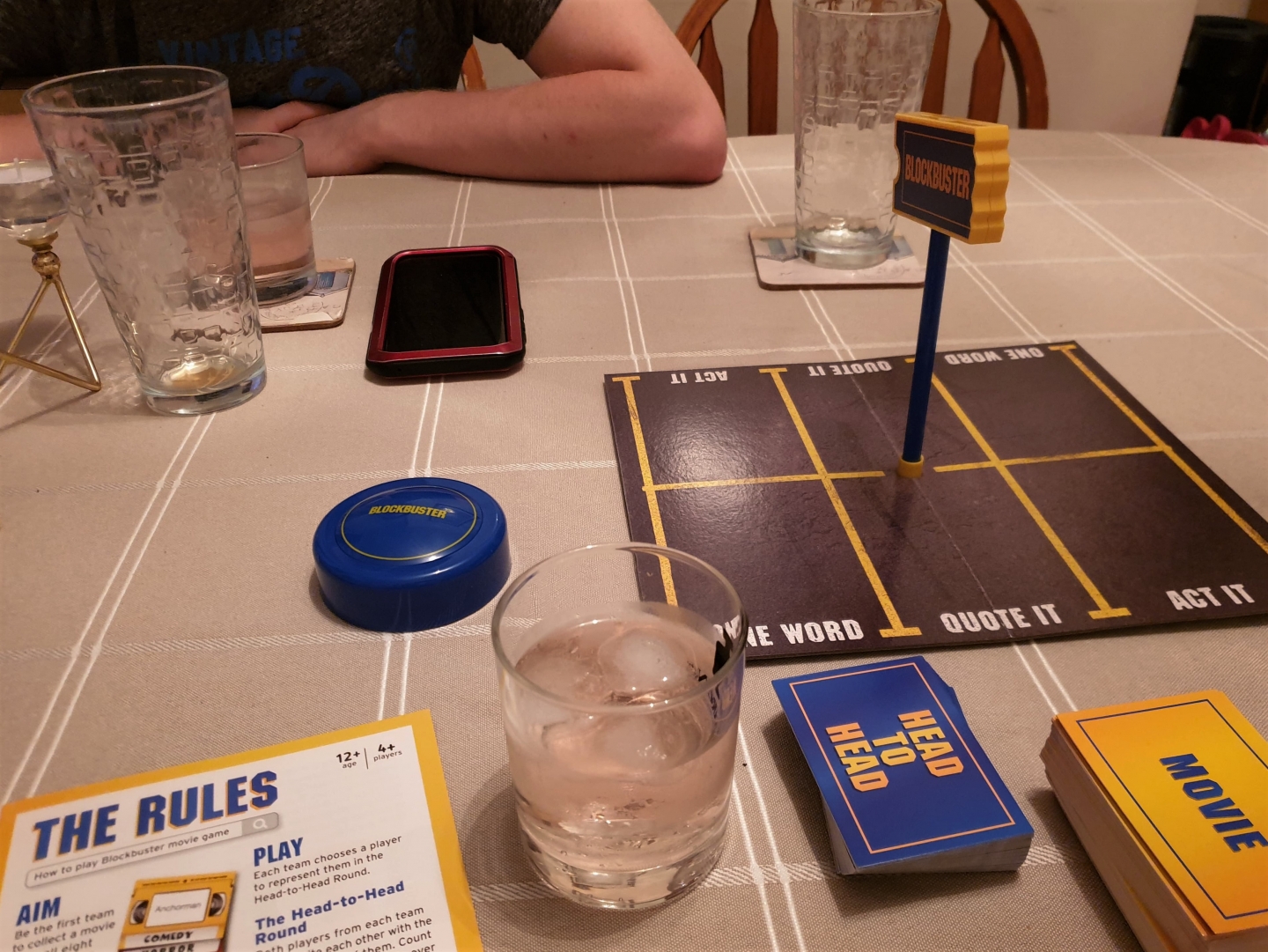 You start with a head to head round where you have to go against the other team to name a film that meets a criteria e.g. features ghosts. You restart the timer each time you say one, but if the other team can’t think of one before the timer runs out, you win the round which puts you at an advantage for the next stage of the game!

A person from the winning team picks 6 cards out of the pile and gets to choose the ones they’d find the easiest to describe in a word, a quote, or act out, placing them on the relevant parking space. A member of the opposing team then gets the 3 cards deemed ‘harder’ and decides which to act, quote or describe in a word. Fortunately, the quote doesn’t have to be an actual quote from the film. If you don’t know one, you can make one up! Acting them out is possibly my favourite, as it can be hilarious. I could barely contain my laughter as I stomped on a chair in my parents’ dining room pretending to be Godzilla! It was one of those “You had to be there” moments, but it was just so funny. If your teammates guess the correct answer, you win that card.

You continue going through Head to Head and onto the next round until one team collects a video card of each colour – meaning they’ve correctly guessed a film from each category. They are the winners! 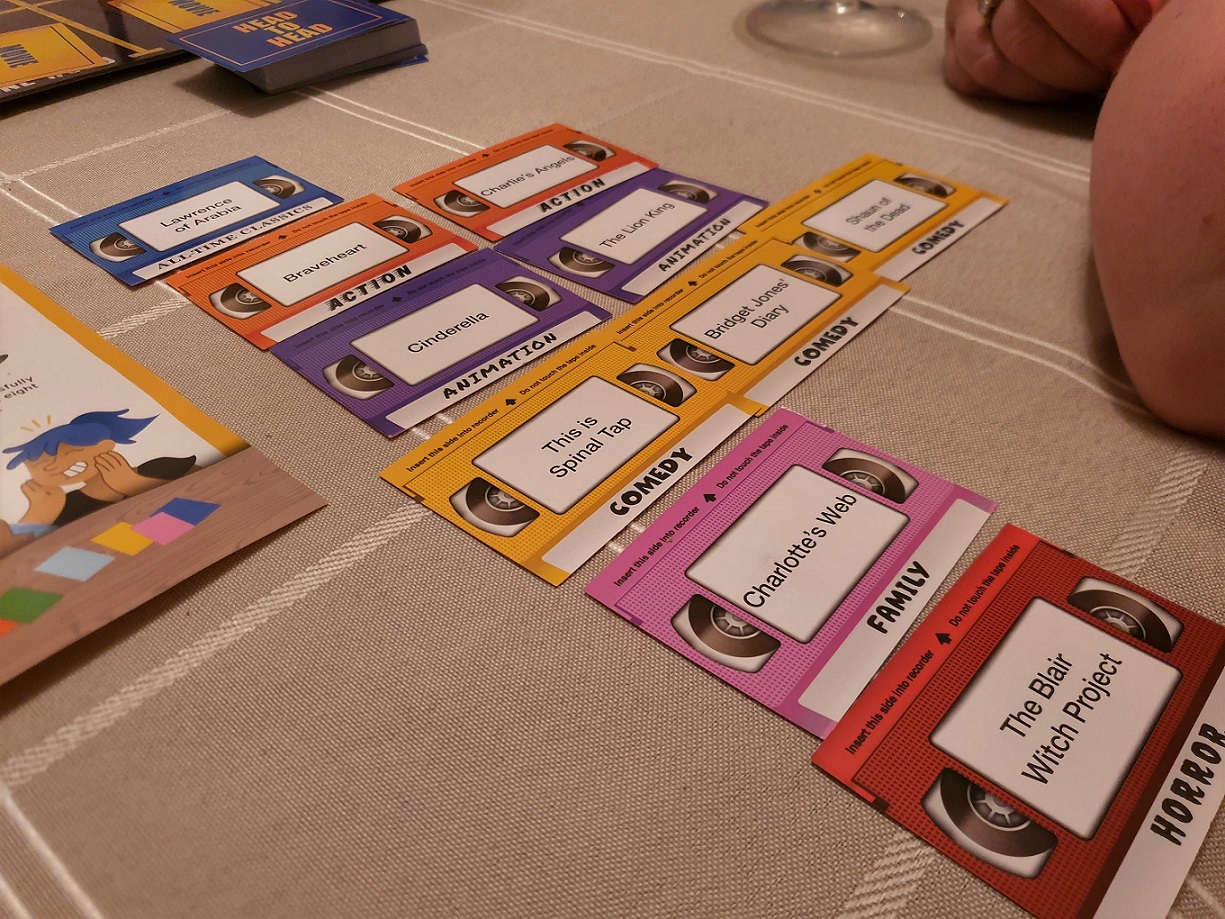 Disclosure: We were kindly sent this game free of charge by Big Potato Games in return for this review. All views and opinions are, as always, honest and my own.