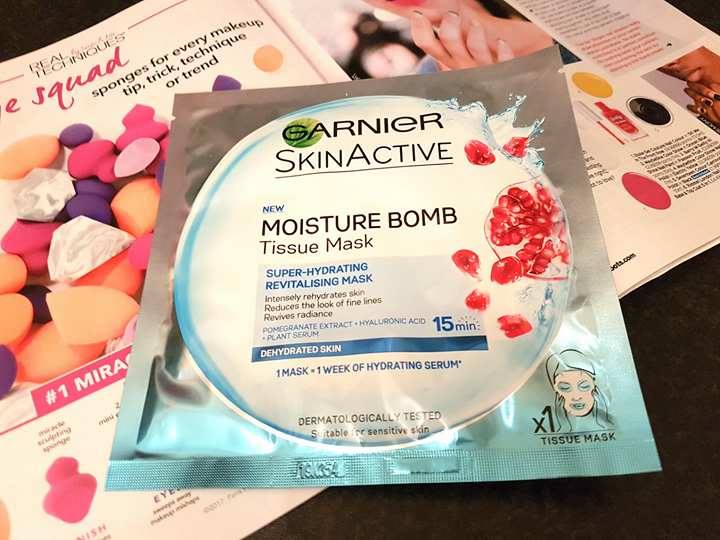 When I visited Bluewater a couple of weeks ago, I went to buy some of my usual makeup products that I was running low on. While I was browsing, a sheet mask caught my eye. It’s a hydrating mask, which I thought could possibly help my dry skin. My skin has also been very dull of late; one of the things that has changed since I’ve become a mum  is that skincare has gone out of the window!

Yesterday evening, after two days of intense spring cleaning, I thought I deserved a treat. I spotted the Garnier Moisture Bomb Tissue Mask in my drawer and thought “Why not?” Besides, my skin has been feeling even more lacklustre since we went to London last week. I always feel like all the pollutants have an effect on it!

The packet was nice and easy to open, I didn’t need to get any scissors. It might sound silly, but I often like to wear face masks in the bath. Well, I did before I had a baby, anyway! One of my biggest annoyances with this was that they always seemed to require scissors to open them. Of course, I’d always forget! 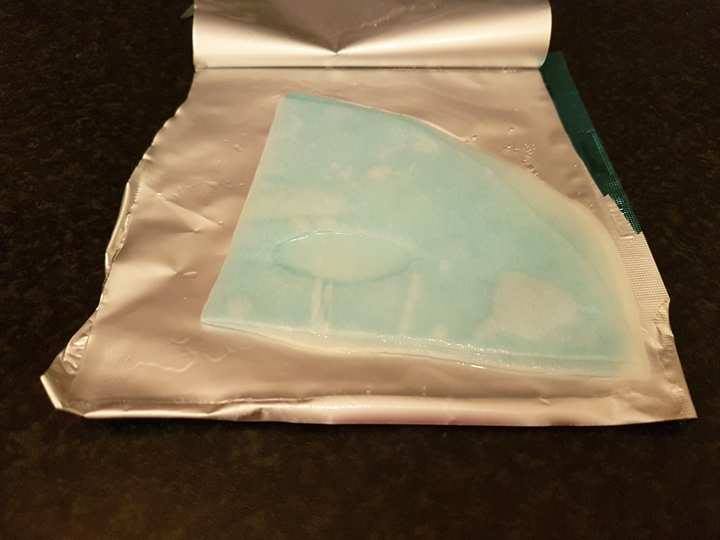 The instructions on the back of the packet were very straightforward to follow. What intrigued me was the ingredients on the front. I knew that pomegranate is an antioxidant. It helps to repair damage, making surface skin cells stronger and replenishing deeper skin cells. However, I’ve never heard of hyaluronic acid before. After a little research, I found out that like pomegranate, it has anti-aging properties. Put simply, it is amazing at keeping your skin hydrated. However, it also doesn’t give the skin too much moisture either. Clever! I don’t know what the “plant extract” it mentions is though, that’s very vague!

Putting the sheet mask on

As I was just chilling out, I was already wearing my pyjamas. I thought I’d just scoop the top section of my hair up into a couple of little buns, to keep it out of the way. I put it on in the kitchen so that I could kick back and watch Dr. Who!

It was a little tricky to put on, but not overly so. It just took me a moment to work out what was meant to go where. It was very soggy when I was getting it out of the packet. To be honest though, it’s not any messier than the usual face masks. It’s probably less messy as you don’t have to get lots of product over your hands. What you do get on your hands washes off ever so easily, no scrubbing required.

After sniffing it’s lovely fresh smell, I gently pressed the face mask onto my face in what I hoped was the right places. 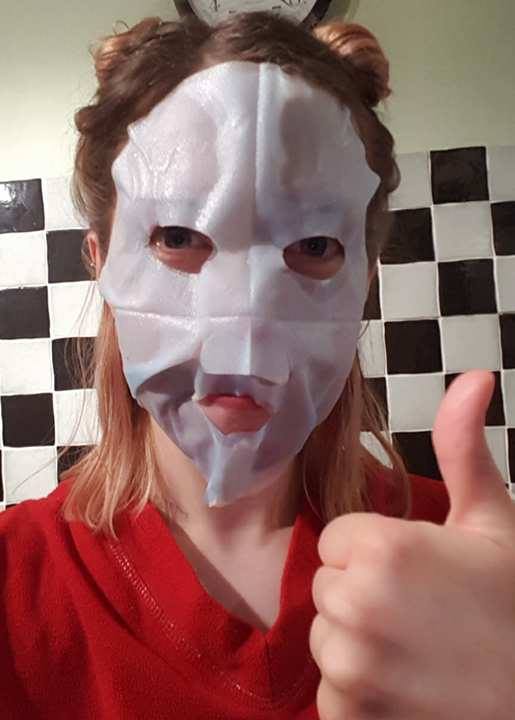 Next, the blue part needed to be peeled off. I was concerned that the whole mask was just going to fall of of my face and flop onto the floor! 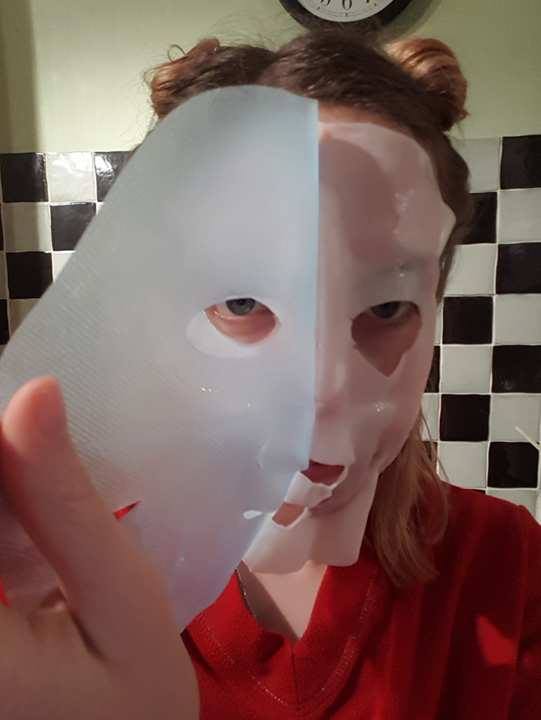 The next stage was to make sure that it was hugging all the contours of my face! I also realised that I hadn’t previously had the nose and mouth area quite right. Oddly, parts of it were much too big for my face, yet the strip between the nose and mouth seemed too narrow for me! 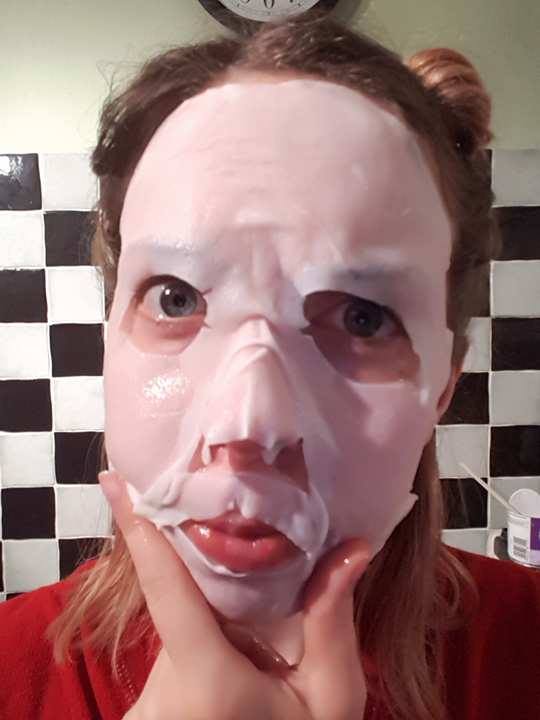 Waiting to take the sheet mask off

I went to watch Dr. Who and waited the 15 minutes it told me to leave it on for. I got so into Dr. Who that I actually forgot and didn’t go to remove it until 20 minutes had passed! I have quite sensitive skin which it says it’s suitable for, however I was concerned by the fact I’d gone over the time it said. I was also concerned when I read the packet as it contains parabens! I wish I’d noticed this when I was in the shop or before I’d put it on.

Going back to being positive, it stayed on very well! Some sheet masks I’ve used in the past have tried to fall off and I’ve had to hold them!

Taking the mask off

When I took it off, I was hoping for great things. After peeling the mask off, I rubbed the excess into my skin.

The packet says that in 15 minutes:

I don’t know about looking smoother or radiant, but my skin does feel a lot healthier and smoother. It feels soft and plump. It feels nowhere near as dry anymore, so I’m quite impressed!

I asked Dave, (my husband), if my skin looks more radiant than before. He studied my face and said “Yes, I think so!” He’s often indecisive about everything and says he’s not sure, so I’d say that’s positive!

Apparently, if you use the mask daily for a week:

These masks cost around £2.99 each, so they’re not the cheapest mask. However, if I had the money spare to test them out for a week, I quite possibly would.  As I don’t, I’m afraid that this is pretty much where this review ends!

Before you go, let’s have a round up: