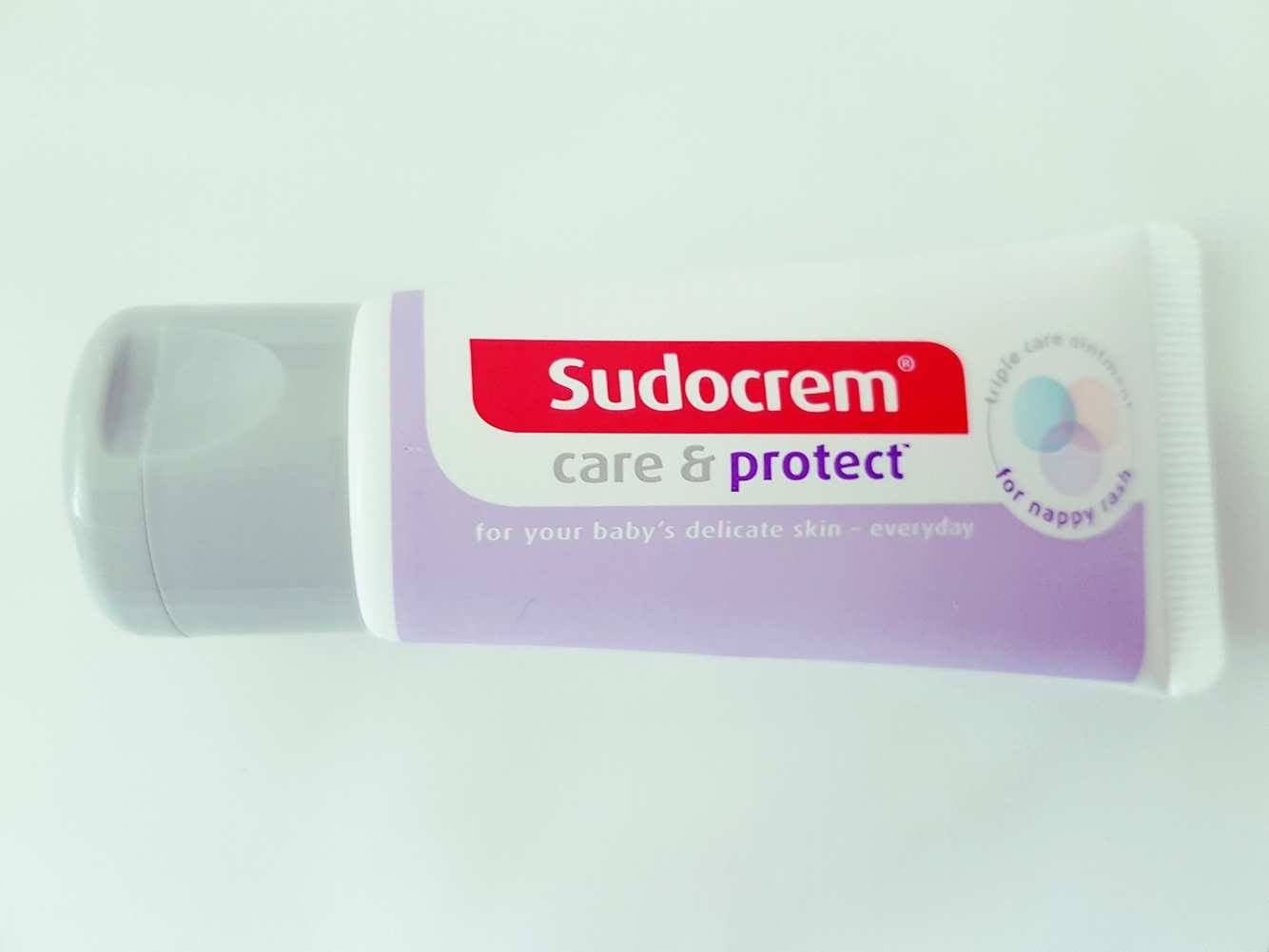 When I was offered the chance to review Sudocrem Care & Protect cream, I was intrigued. I’ve only used normal Sudocrem before and found it brilliant. It’s been around for over 80 years. In fact, my mum used it on my brother and I when we were babies and swore by it. I’d been using it for spots for years before I used it on Autumn’s nappy rash. Recently, she’s been teething and this seems to have made the nappy rash situation worse! 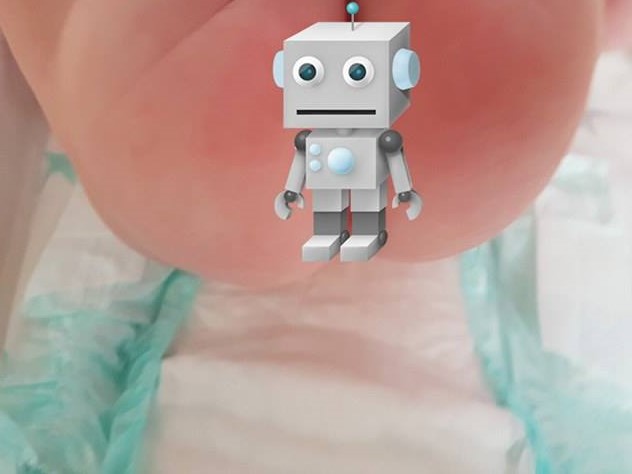 Our first impressions when squeezing the cream out of the tube were that the consistency of it is SO much different to normal Sudocrem! It is much smoother. This results in application being a lot easier, as it comes off of your fingers onto your baby’s bottom much better.

I’ve always found that regular Sudocrem is quite difficult to wash off as it sticks to the skin so well. So much so that I usually wipe it off of my fingers before washing my hands to save time and water! This will particularly be a lot more convenient for when I’m out and about with her a lot like I was the other week. 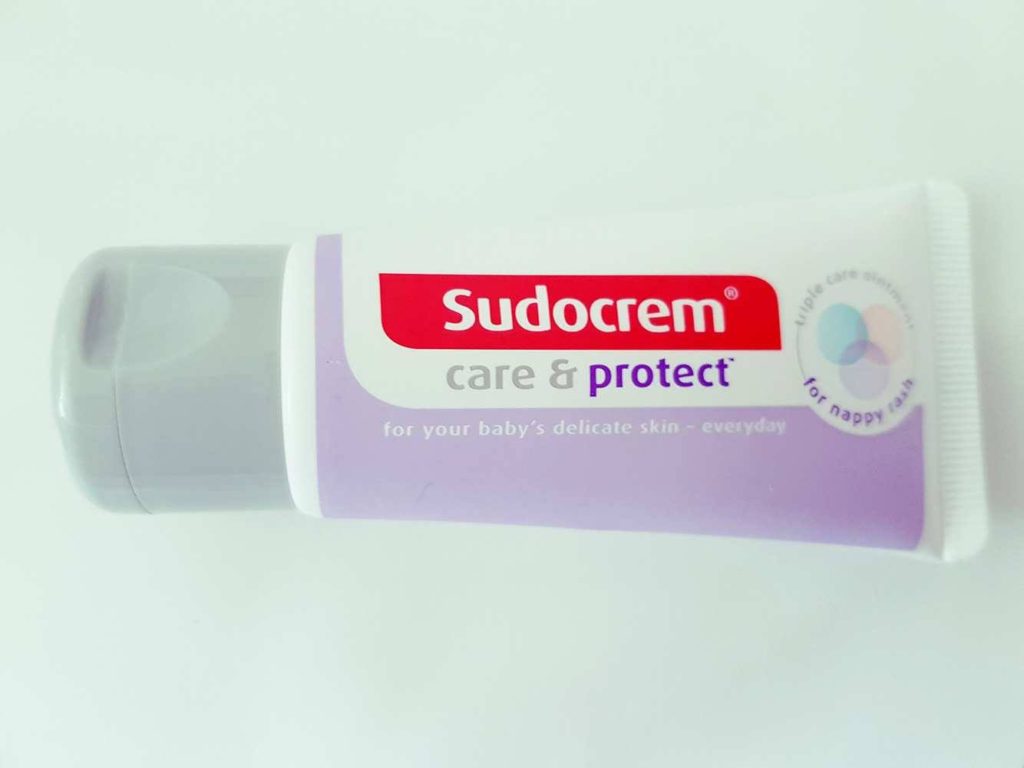 I was a little concerned about whether it was going to work as well as normal Sudocrem, given its consistency. When I put it to the test, it seemed as though it didn’t last as long on Autumn’s skin as normal Sudocrem. It soaks in a lot better, rather than sitting on top. Normally when I change her nappy the next time round, I can see traces of white cream but with this there is nothing to see. However, I think regular Sudocrem may be a little drying. This feels soft, smooth and as though it has moisturising qualities. It has vitamin E and Pro Vitamin B5 in it which backs this up and means that it will take care of Autumn’s delicate baby skin. It is hypoallergenic and doesn’t contain any artificial colours or preservatives, which is fantastic as I worry about what I’m using on her.

I can use this much easier than normal Sudocrem. It doesn’t make anywhere near as much mess and cleans off of us both with ease. In many respects, I feel as though this is better for her skin than a lot of nappy rash creams, including the original cream. As well as its moisturising properties, it also guards against infection. I don’t always find that I need to apply the usual Sudocrem with every nappy. However, with this, I need to apply it at every nappy change.

It’s much easier to apply this one handed during a nappy change, because it’s possible to open the tube with one hand. Unlike with the regular grey tub, you also avoid the cream under the nails issue! The fact it is in a tube and the shape of the tube also make it much more convenient for carrying around in a changing bag.

I don’t think it works on Autumn’s nappy rash quite as fast as normal Sudocrem and some other nappy rash creams. However, it does help it and I feel that it is kind to her skin.

Sudocrem Care & Protect is significantly more expensive than a lot of other nappy rash creams, including the original Sudocrem.

One thing I would like to point out, however, is that the regular Sudocrem is marketed as a healing cream. This one is marketed for the prevention of nappy rash! Perhaps this is why I don’t find it as fast-acting as it’s designed to prevent it rather than heal it.

I have also read online that this can also work wonders on problem skin. I might give it a go on my spots! If it really is that good, it could be more cost-effective than buying more expensive spot creams. 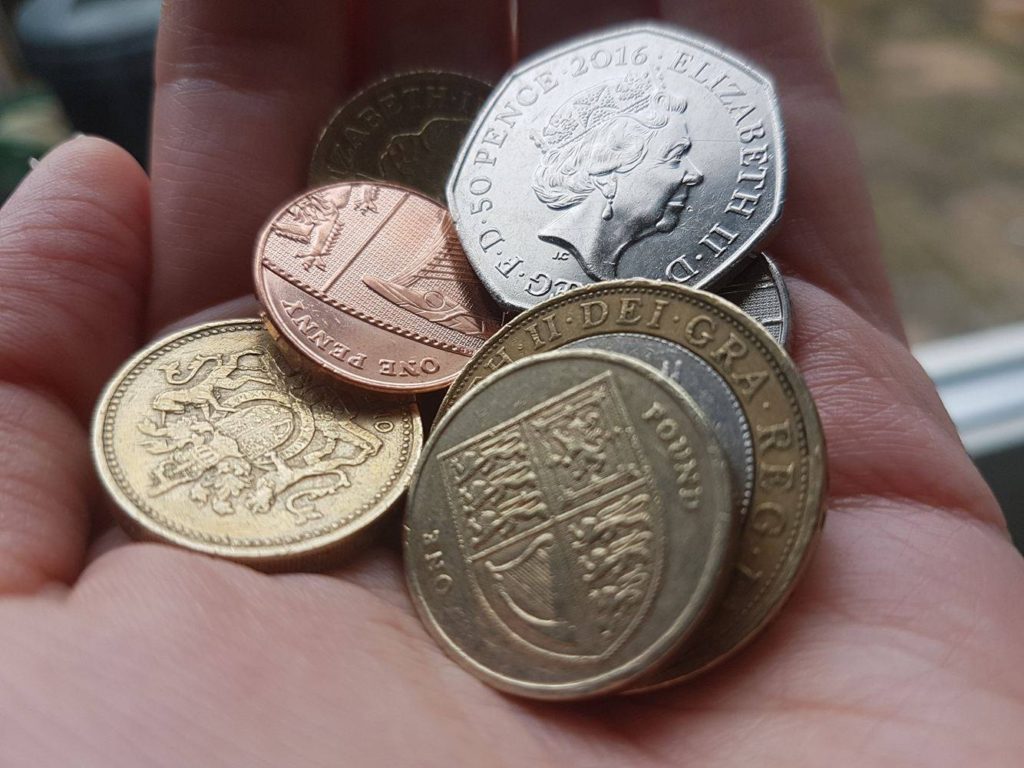 Disclosure: I was sent Sudocrem Care & Protect in return for a review. This is an honest review and all thoughts and opinions are my own.