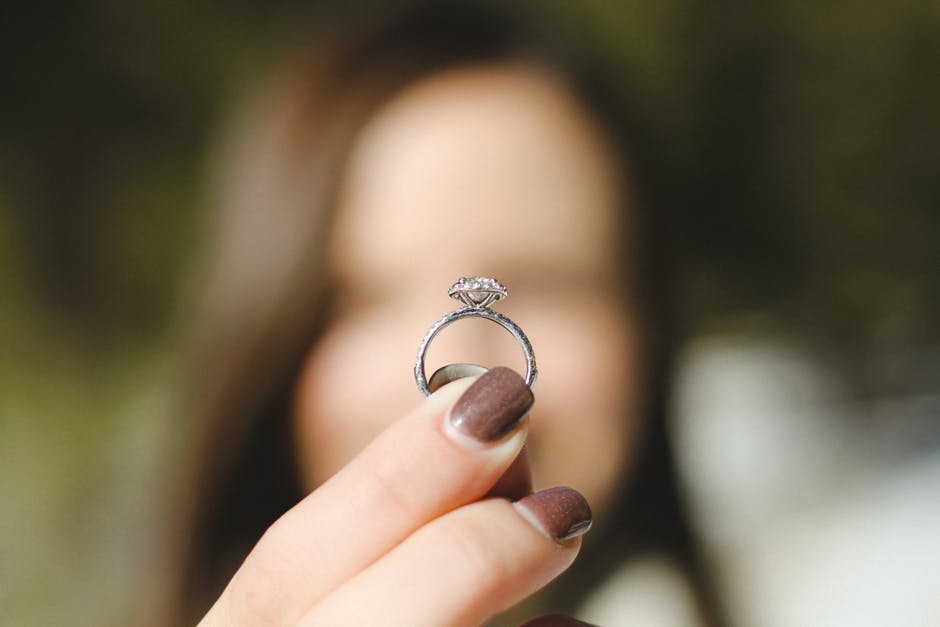 As I’ve previously mentioned, when Dave and I got engaged I was 18 and he’d turned 19 the day before. He was in college, only had a Saturday job and most of his money from that went towards petrol and car maintenance in order to get to work and college. As such, he didn’t have much money spare to buy me an engagement ring and had put a lot of the money he received for his birthday the day before towards it.

In late spring he’d decided that I was “the one” and given me his silver bracelet to wear, kind of in place of a promise ring. A promise that he’d propose to me once he had the money for a ring. People at school and family wondered why I was wearing a man’s bracelet, but I didn’t care. To me, it was a symbol of Dave’s love for me and how much I meant to him, but at the same time I felt embarrassed at the idea of actually explaining that it was kind of in place of an engagement ring. 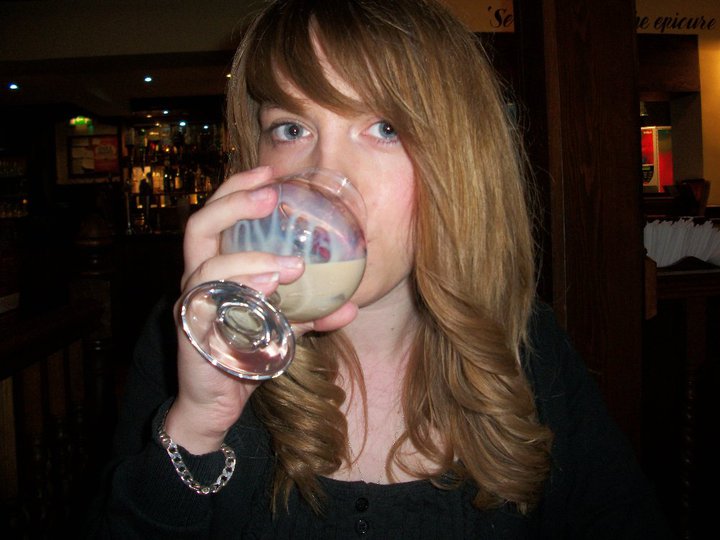 When Dave proposed to me, I loved the ring he’d chosen. It was an unusual style, white gold with a diamond. When I asked why he’d chosen that one, he said he thought that the white gold either side of the diamond symbolised us and the diamond represented love. He’s always kind of been cheesy like that! 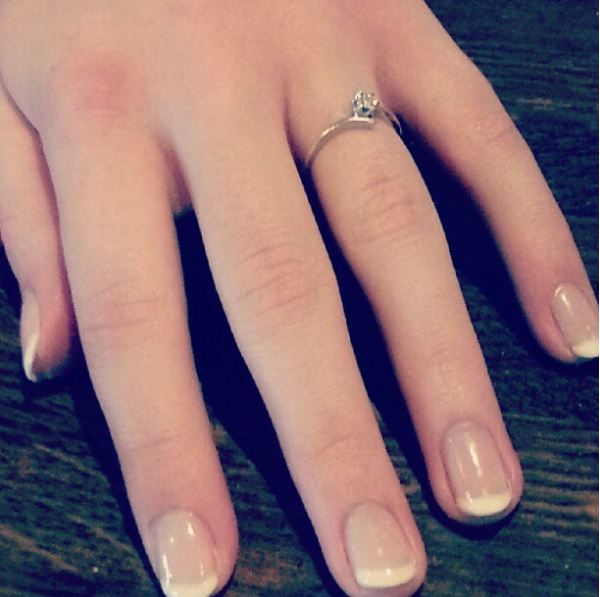 Reactions to my engagement ring

When I showed my ring to many people, they were underwhelmed, probably due to the size of the diamond in it. It was 0.1 of a carat and not the best clarity. Less than two months later, standing at the till of a shop I worked in, I had my first insult. “Engaged, are you?” the man said to me. “Yes”, I said. “How old are ya?” he asked. I told him that I was 18 and he responded that I was too young, pretty much said it wouldn’t last and I should be enjoying life and that I deserved a bigger, better ring.

I was hurt and annoyed. How dare he tell me that we wouldn’t last and that I was too young? He didn’t know me, my life, my fiance or our relationship. However, I was also left a little flattened by him. The diamond in my ring was the smallest you could get. Everyone that came into the shop wearing an engagement ring seemed to have a much bigger diamond in theirs and don’t even get me started on the rocks that celebrities flash on the front of glossy magazines. They’re a million times the size of my stone. 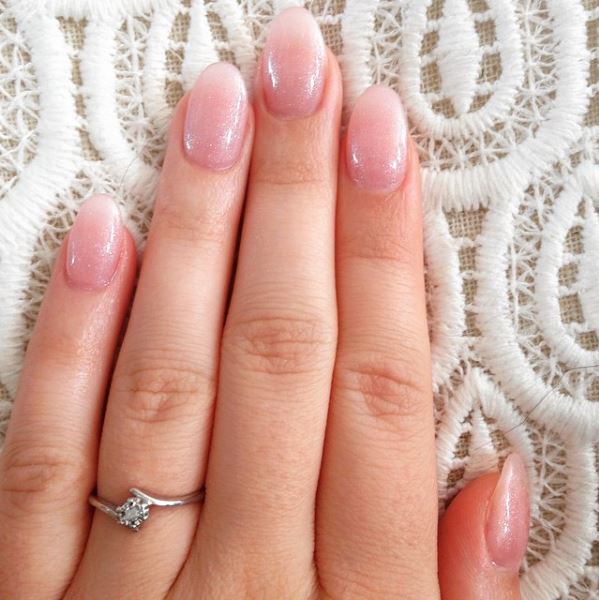 So, does size matter?

The second ‘incident’ came a couple of years later, when I was 20. Working in an opticians, I was filling out an NHS form for a patient. “Oh, you’re engaged?” he asked. “Yes”, I said, beaming. “That’s a very small ring”, he said, “he can’t love you very much“. I felt my face flush slightly with anger. However, I was a stronger person than I’d been a couple of years before. I knew that Dave had spent so much time carefully choosing the ring he wanted me to wear for the rest of my life and worked so hard through that summer to make some extra money in order to buy me it. 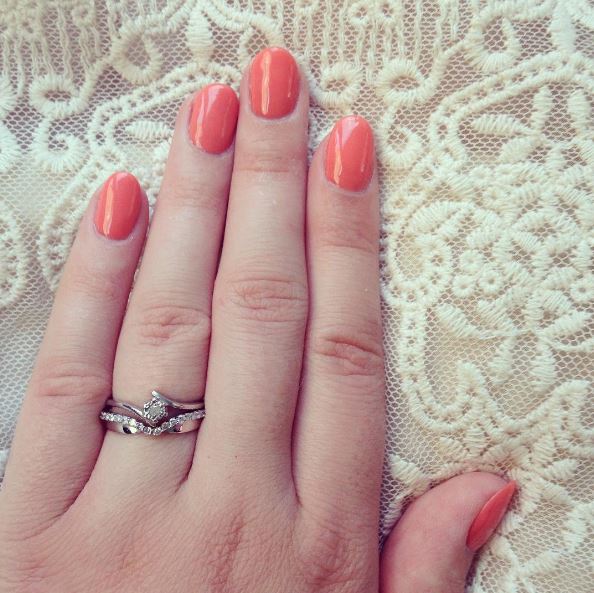 You see, if it’s the right person, the size of the engagement ring doesn’t matter. You may have flashes of jealousy about other’s rings, you’re only human, but it doesn’t actually matter. Someone loves you so much that they have chosen you to ask to spend the rest of their life with them. They have thoughtfully chosen that ring as a symbol of their love for you and that is what it’s really all about. 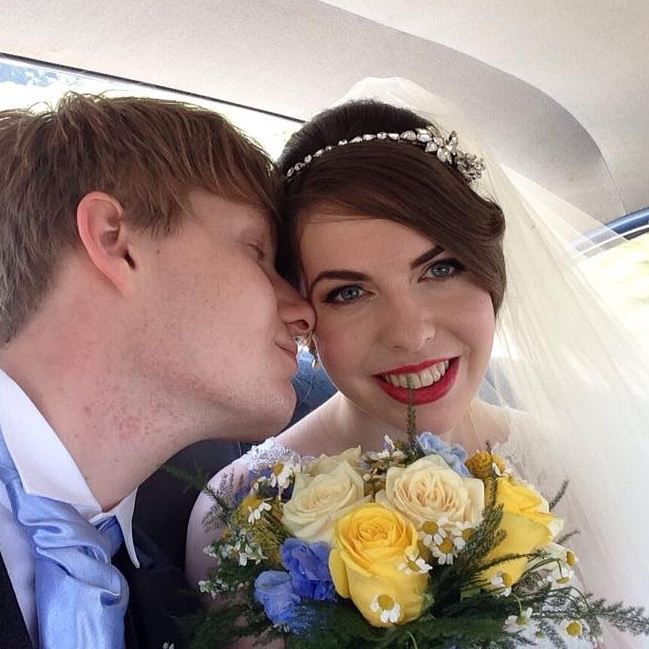 What are your thoughts on this? Let me know in the comments below! 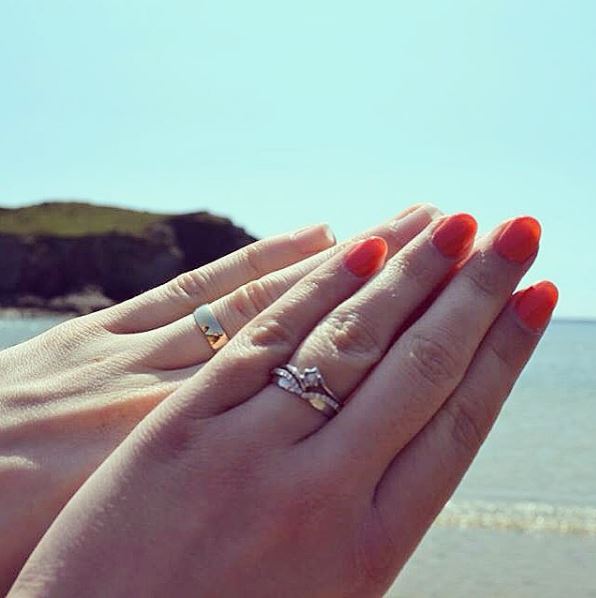