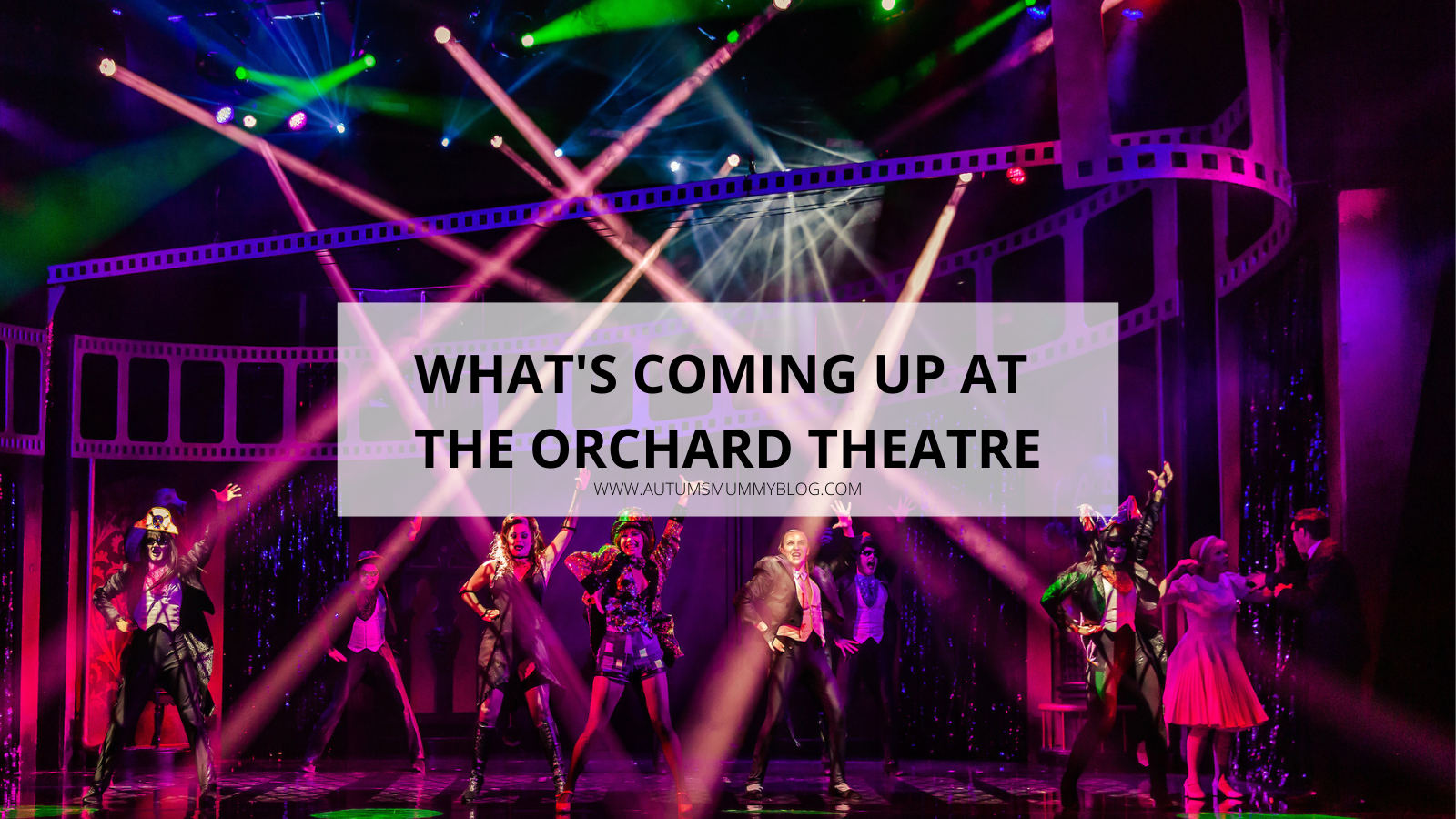 Press Event¦ It’s been another successful year for the Orchard Theatre with highlights including the first Dartford Pride, a successful environmental initiative with planters, the first small business fair. Of course, there have been many great shows throughout the year too. I really enjoyed Dirty Dancing a few months ago as well as Death Drop: Back in the Habit following a press event last week.

Death Drop: Back in the Habit is a murder mystery, with plenty of comedy and dirty jokes. What else would you expect from a group of drag queens? It was every bit as good as I’d hoped it would be. There were points I just could not stop laughing! It was great to see some of my favourite queens from RuPaul’s Drag Race live too. If you get the opportunity to see it and it sounds like your kind of thing, I thoroughly recommend it!

So, what’s coming up?

On Sunday 13th November, the Orchard Theatre are hosting a crafts and small businesses Christmas market. Entry is free!

It wouldn’t be Christmas without a pantomime. This year, the Orchard Theatre are bringing you Cinderella from Saturday 10th – Saturday 31st December. It’s starring George Shelley from Union J as Prince Charming in his pantomime debut. Other stars include Bobby Davro as Buttons and current reigning dancing on ice champion Regan Gascoigne as Dandini.

Bring Your Own Baby

Bring Your Own Baby is a fantastic experience – it’s basically your usual night time comedy show but in the middle of the day. There is a bar with snacks and drinks, but you have soft flooring and toys in front of you for your baby! There is also buggy parking and a baby change area. The next one is on Monday 14th November, but they run on a monthly basis. We’ve been before and absolutely loved it! The age limit is 15 months, so unfortunately we can’t go anymore. This is for good reason though, as the comedians perform their usual adult targeted material. I don’t really want my almost 2 year old repeating some of the words used! 🙂

The first offering of 2023 will be the legendary rock ‘n’ roll musical, The Rocky Horror Show. There from Monday 9th – Saturday 14th January, it will get the new year off to a fun start!

The Rocky Horror Show is the story of two squeaky clean college kids Brad and his fiancée Janet. When by a twist of fate, their car breaks down outside a creepy mansion whilst on their way to visit their former college professor, they meet the charismatic Dr Frank’n’Furter. It is an adventure they’ll never forget, filled with fun, frolics, frocks, and frivolity.

A new comedy will be on the stage from Tuesday 21st – Saturday 25th February. Written by David Cantor (My Family, The Green Green Grass) and Michael Kingsbury (Maggie and Ted, The Divided Laing), Jumping The Shark tells the story of a writer’s retreat in a hotel on the outskirts of Farnham. There are major character differences between each stranger, but they all aim to write the perfect sitcom.

Frank Donohue, the finest sitcom writer of his generation has flown in from Los Angeles to conduct a seminar teaching his five lucky disciples the tricks of the trade, and how to write the perfect sitcom.  During the class, their everyday lives are exposed revealing mix ups, farcical revelations and gut-wrenching tragedies.

Ellen Kent’s grandest opera, Aida, will be coming to Dartford for one night only on Wednesday 8th March 2023. With ancient Egyptian splendour and the Ukrainian Opera and Ballet Theatre Kyiv, it is certain to be a feast for the senses.

This tragic story of war, jealousy and revenge at whose heart is the doomed love of the beautiful Ethiopian slave girl, Aida, and the Egyptian hero, Radames, is brought to life in a production set against one of the greatest pieces of music Verdi ever wrote with the well-known arias “Celeste Aida”, “Ritorna Vincitor” and the classic “Triumphal March” featuring a temple dance, cascades of glittering gold and amazing fire performers.

Another evening not to be missed is La Bohème on Sunday 2nd April 2023. Once again, Ellen Kent has worked with the Ukrainian Opera and Ballet Theatre Kyiv for another spectacular opera.

La Bohème is one of the most romantic operas ever written. It tells the tragic tale of the doomed, consumptive Mimi and her love for a penniless writer.

The King and I

Rodgers and Hammerstein’s The King and I is coming to the Orchard Theatre for the very first time from Tuesday 4th – Saturday 8th April 2023. The wardrobes feature amazing detail, including a dress that weighs 20kg and is embellished by over 20,000 handmade flowers. Meanwhile, the beautiful set required 8 trucks to move it, as it consists of over 2 miles of fabric!

The multi award-winning Broadway production of Rodgers and Hammerstein’s The King and I returns to the UK, following its critically-acclaimed sold out season at The London Palladium.

The greatest musical from the golden age of musicals – with one of the finest scores ever written including Whistle a Happy Tune and Shall We Dance – features a company of over 50 world-class performers and a full-scale orchestra.

A celebration of the lavish heritage and the very best in romantic musical theatre from an unparalleled multi-award-winning creative team.

Coming to Dartford from Tuesday 4th – Saturday 8th July 2023, Steel Magnolias will be a fresh vibrant take on the classic! A cast is yet to be announced, but it sounds like a fun and uplifting evening out with the girls!

Six women come together in a small town beauty salon in the American South and prove that female friendship conquers all. Faced with the highs and lows of love and life, and amongst the chaos of work, marriage and children, they unite to gossip, unwind and set the world to rights.