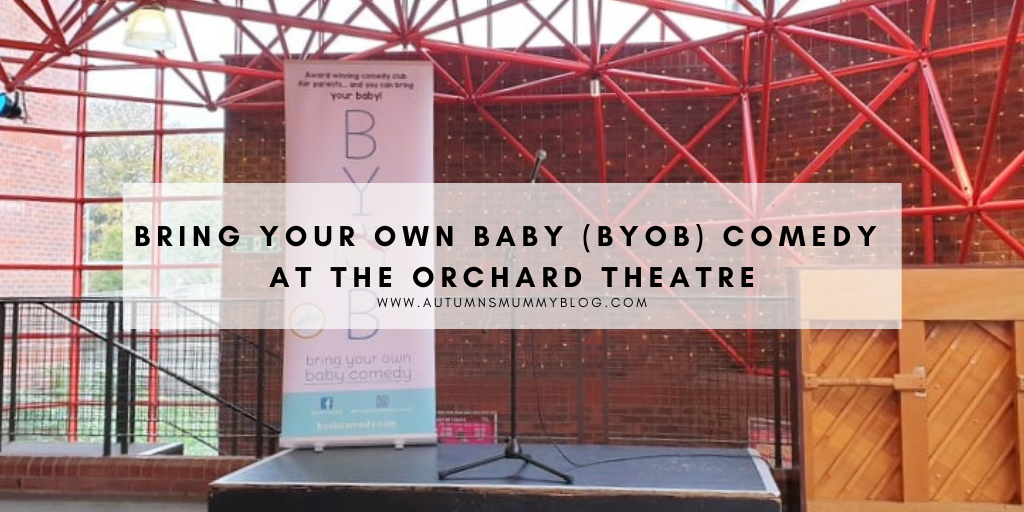 Review (Gifted)¦ The other week, we did something a bit different. After our last visit to the cinema with Reuben at 8 months, we’ve given up on going to baby showings as he got irritable about not being able to crawl around. So that leaves us limited to what we can do that’s not also child-appropriate, as he’s always in tow. Then we found out about Bring Your Own Baby Comedy at The Orchard Theatre. I mean, 18+ comedy that you can drink prosecco at and your baby can go to without you being seriously judged, at lunch time? Yes please!

Yep, I knew you’d be won over and wonder “WHERE IS IT?!” straight away. People were coming from miles around for the performance we went to – and rightly so. The Orchard Theatre is in Dartford, Kent. It’s on the outskirts of London, so it wouldn’t take long to get to from the outer edge of London either. If you’re in Essex, it’s not at all far from the tunnel and QEII bridge. It’s also very close to the train station and bus stops! Plus, there’s buggy parking so you don’t have to worry about the issue of where to put that if you do travel there on public transport. 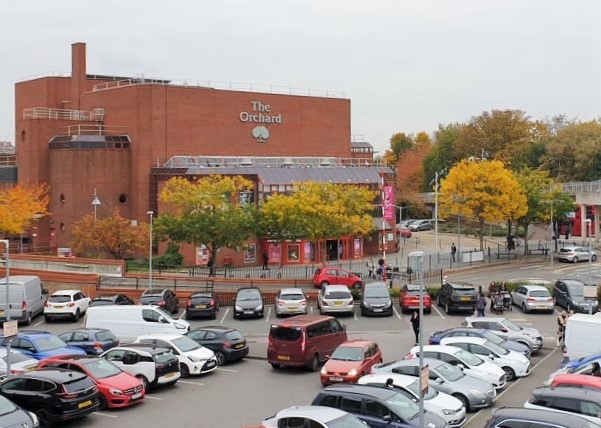 There are new comedians every month and a lot of people we were there with seemed as though they attended on a monthly basis. There are two acts and a compere, with a 15 minute break. The whole thing lasts around an hour and a quarter. We were treated to the brilliant MC Patrick Monahan, Mark Cram and Suzy Bennett. As I mentioned, it is 18+ comedy so there’s a 15 month age limit on babies allowed to attend. You don’t really want them trying to copy swear words and jokes about genitals, after all! 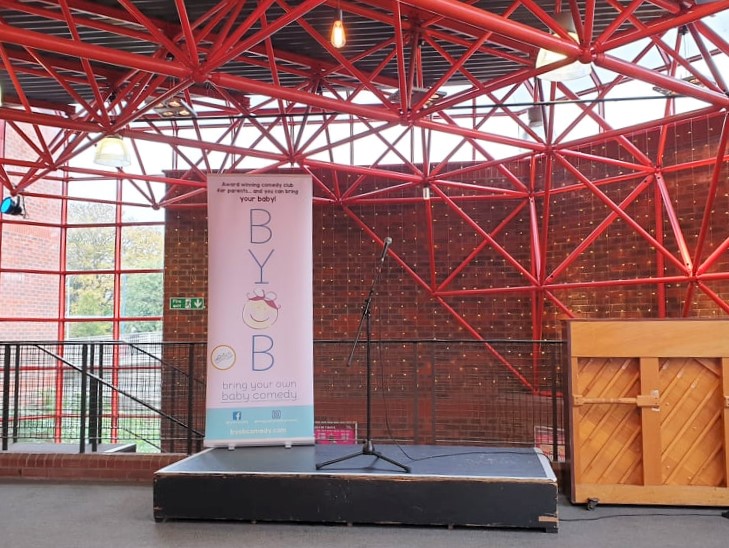 There’s no judgement if your baby cries and you need to whip out a boob or bottle. Everyone understands if your baby suddenly crawls at the speed of light. There are soft mats and toys laid out for them to play with while you enjoy the comedy. There’s also baby changing mats set up at the back of the room so you have everything you need! Plus, adults are looked after too as there’s the bar open for food and drinks (yep ,even alcohol! It is just like a regular evening comedy show, just at lunchtime with added babies!) 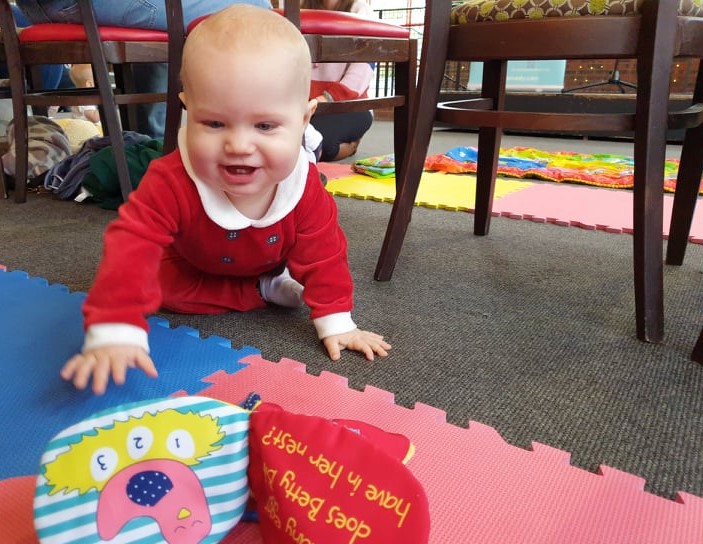 We really enjoyed the sets from comedians and brilliant improv. It gave us a much needed hit of laughter on a grey, cloudy, November day. 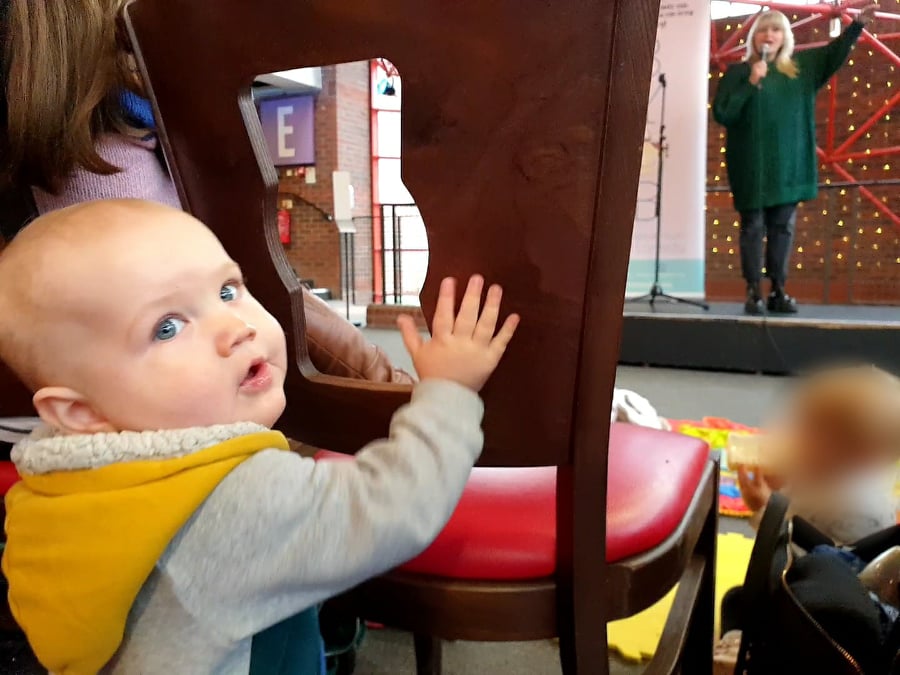 It seemed as though Reuben enjoyed himself too! He spent most of his time guzzling milk, eating biscuits, jumping holding onto a chair and trying to make friends with other babies.  A good time had by all.

I would definitely recommend BYOB. It’s nice to do something ‘grown up’ and watch something other than Bing and the Teletubbies. Tickets are £12 online or £14 on the door (that’s for grown-ups, the babies are free!) There are also special deals for prosecco and chips. What more could you want?!

The next show is on Monday 13th December at 12pm.

Disclosure: We were gifted tickets to BYOB Comedy in return for this review. As always, all views and opinions are honest and my own.