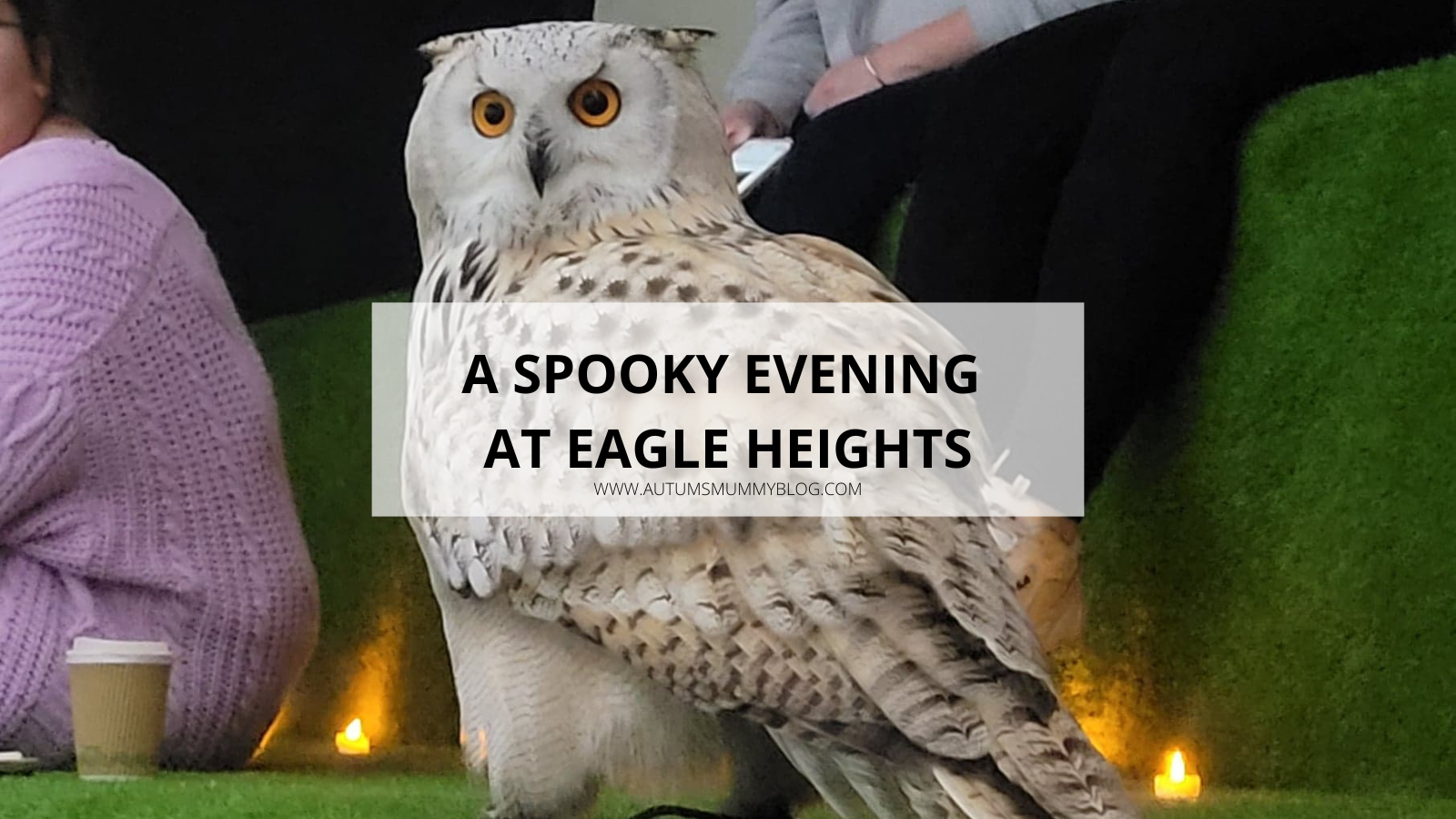 PR Event¦ Happy Halloween! I love this time of year…I don’t remember the last time I looked forward to a Monday so much! At the end of last week, we were invited to Eagle Heights Wildlife Foundation to find out more about the work they do and their animals. There was just a touch of spookiness along with the autumnal chill in the air, pumpkins and tealights perfectly complementing the owls’ screeches. Eagle Heights is a family-run, ‘not for profit’ wildlife sanctuary. As you may have guessed from the name, there are a lots of birds of prey (over 50 species), which is right up my street! However, they have many other animals too. It’s located in Eynsford, just outside of Dartford in Kent, which is less than an hour’s drive from central London.

Upon arrival, we fuelled up with delicious doughnuts and hot chocolate. On the wall in the café, there were photos of the animals at Eagle Heights and their names. We were surprised to see just how many animals there were, some with quite funny names! We eagerly anticipated the owl flying display and finding out more about owls as well as Eagle Heights itself. Owls have been my favourite animal since childhood and we even had an owl themed wedding. However, I feel like what I know about them is really just the tip of the iceberg. I was hoping that my 6 year old and 21 month old would be interested enough for us all to be able to listen and enjoy it.

The time came to enter the auditorium, which was simply but beautifully decorated for Halloween. There were faux candles around the edges of the space and on the artificial grass seating area, as well as some carved pumpkins. The excitement was palpable as Paul brought in the first owl, a beautiful barn owl called Thelma.

Both children were absolutely mesmerised by her, so my concerns about them quickly dissipated. Paul was very knowledgeable and told us all kinds of fascinating facts in a way that was age suitable for all the children present. I was amazed to learn that owl’s eyes are held in place by bones, rather than muscles like ours. They don’t have peripheral vision like we do. This is why they have the ability to move their necks so much!

Our second owl was a young long eared owl called Atlas. He was so sweet and had the cutest ‘ear tufts’! We learnt about owl’s ears (spoiler alert: they’re not where Atlas’ ear tufts are), where long eared owls are most commonly sighted in the UK and the biggest threats to them in the wild.

Last, but certainly not least, we met Yeti, a Siberian owl. Gorgeous Yeti is huge and has such big, intense orange eyes! We were treated to the sight of Yeti ‘walking’ to get food, which was adorable and hilarious in equal measures. It was a pleasure to learn more about him too.

An hour was over very quickly and my children’s attention was held almost the entire time! So, what else did we find out?

What animals are at Eagle Heights?

My last visit to Eagle Heights was around 2002 when they had been open for about 8 years. 20 years on, they have a lot more animals. As well as their many birds of prey, you can also see alpacas, huskies, reptiles, meerkats arctic foxes and more!

There are many kinds of experience days available too. These include a husky hike, alpaca trekking, meerkat experience, owl experience and even overnight stays!

How do they help animals?

Eagle Heights has been home to successful breeding programs for many species and are involved in conservation both here and abroad. They have also taken in many animals from the RSPCA, the general public and other rescue centres.

What is a ‘not for profit’?

Eagle Heights is a ‘not for profit’ organisation. This means, all funds raised go into the care of the animals.