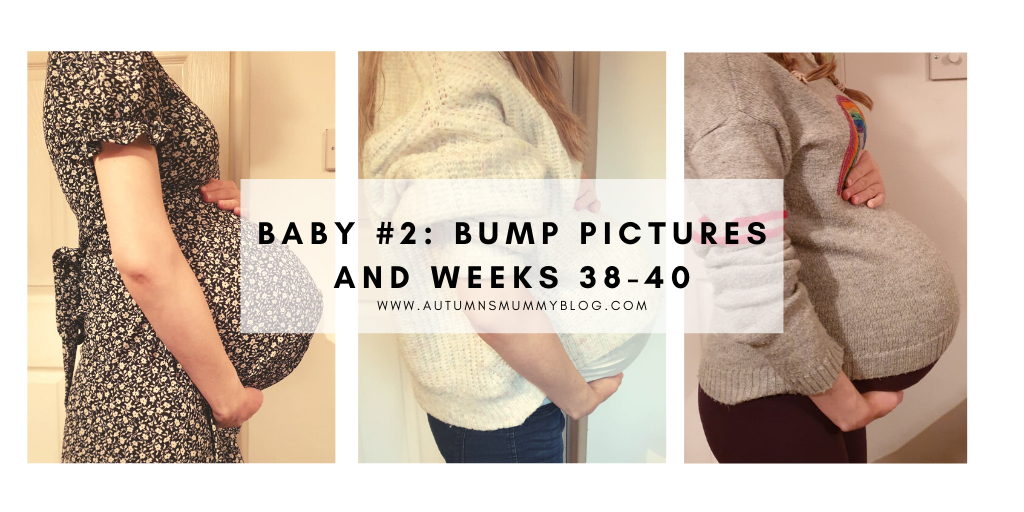 Finally, at 38 weeks the final stretch was here! I was more than ready to get pregnancy over and done with by this point. I was so excited to meet my baby boy after all those months of growing him and waiting. The constant pain, discomfort and tiredness made me keen to just to the end goal!

I wrote in my 35-37 week update that I was planning a home birth this time. Unfortunately, this didn’t pan out. I was growing increasingly anxious about the fact that we live in Medway. At this point of my pregnancy we had the highest rates of coronavirus in the country, largely due to the new mutant strain. This was not great for my anxiety – I never thought things would be at their worst when I was due to give birth any day! As a result of the high numbers, the South East Coast Ambulance Service was under extreme pressure. I heard that they were waiting outside my local hospital for over 8 hours, treating patients inside as there was no room for them to go into the hospital which was at full capacity.

On 30th December, I received a phone call from my community midwives team telling me that they were no longer going to be able to support me for a homebirth. This was due to the ambulance service no longer being able to support homebirths. I understood; if there’s an emergency with a homebirth you can’t exactly wait for 8 hours to get transferred into hospital. Nevertheless, I was absolutely devastated and cried for about an hour after I received the phone call (thanks pregnancy hormones). Part of the issue was that I was terrified of the idea of going into hospital during the pandemic. It took a couple of days to get my head around the fact that my birth plans had changed, but once I adjusted I just hoped that I would be able to get in and out of hospital with my baby as soon as possible.

Remember sugar puffs? They’re now so much less sugary and called honey monster puffs. For some reason, in the last two weeks of my pregnancy I started craving them like crazy. Although they’re not what they used to be, they still seemed to mostly satisfy my craving. I had them for breakfast every day and as a snack too. I’d actually have eaten them for every meal if I could have done.

As expected, the pelvic girdle pain just got even worse in the last couple of weeks. Walking was painful and trying to roll over in bed was agony. I don’t think the fact that his head was engaged was exactly helping things! Going stir crazy, I did manage to get out of the house a couple of times for walks though. On 27th December, we went for a lovely walk alongside the river at dusk. Autumn and Dave walked ahead of me while I walked at my own very slow pace. Autumn kept commenting on how slowly I was walking! She wasn’t wrong though. In fact, a couple of days before I gave birth, Autumn and I went for a short walk to post some letters. A walk that should have taken 10 minutes took over half an hour.

During the last fortnight of my pregnancy, we celebrated Christmas and my birthday. I was so looking forward to the awesome food, but when it came to it I barely had the room to eat much of it! It was actually quite disappointing, but not that surprising given how much room the baby was taking up in my body!

Looking at these photos, I think you can probably see why I was struggling to carry the weight of this baby! 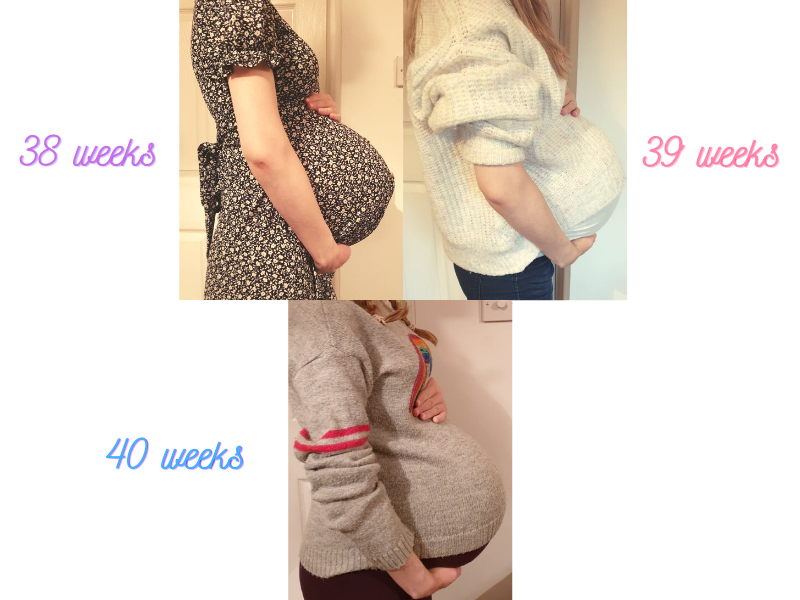 The final photo was actually taken when I was in labour! A blog post on how birth went will follow soon.