I’m going to try and update a little more regularly now that it’s coming close to eviction day! I’m trying to mentally prepare myself. Half of the time I’m worrying about whether I can do this again and how much it’s going to hurt. Somehow, having given birth before hasn’t really taken away much of my anxiety surrounding labour, even though it was a positive experience! The other half of me is just so excited and can’t wait.

All I really want is ALL the chocolate. Occasionally, I slip into a savoury mood and want cheese, but most of the time I just want chocolate! I think I read somewhere earlier in pregnancy that if you’re craving chocolate, you should get your sweetness hit from fruit. I keep trying to do this, but it doesn’t really help. Instead, I just end up eating chocolate after the fruit! That’s keeping a balanced diet though, right?! 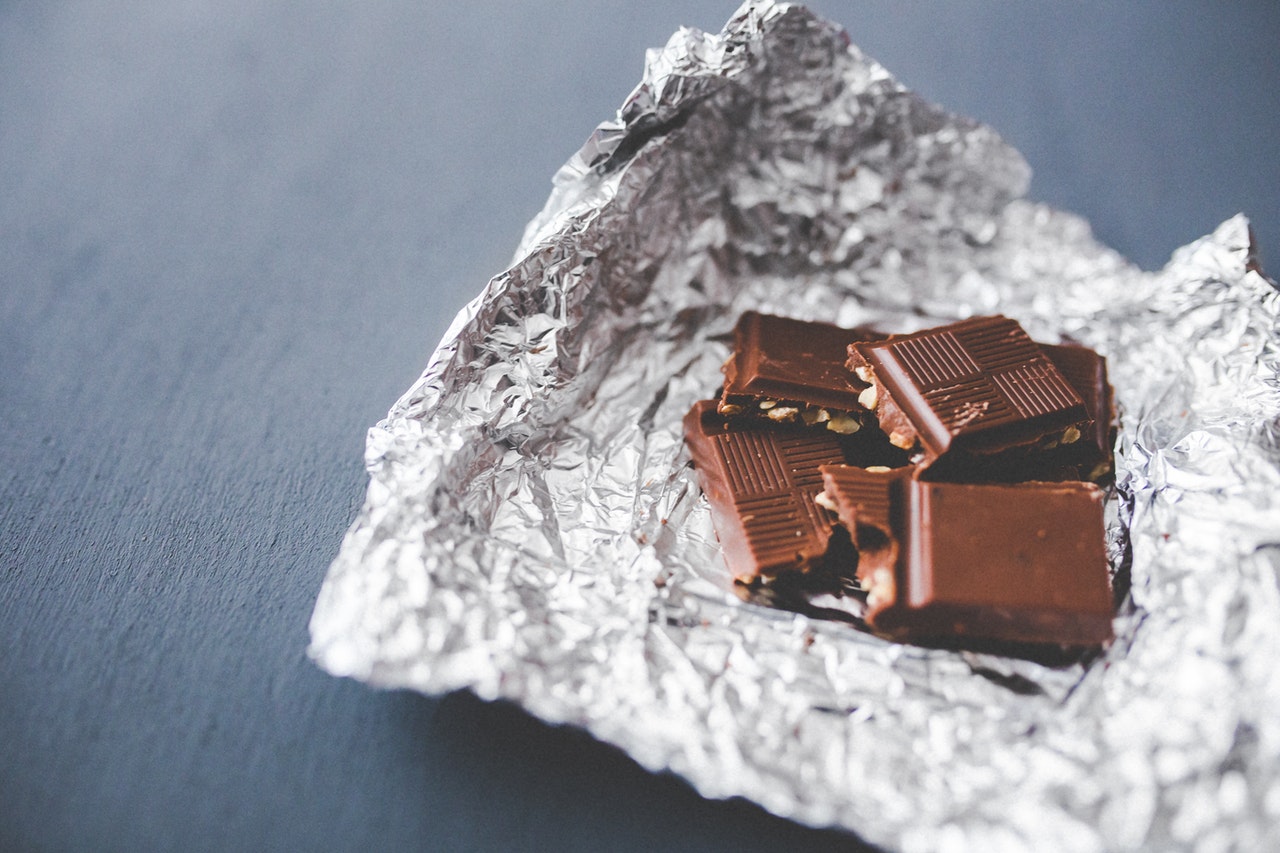 My pelvic girdle pain (PGP) is definitely worse since my last update. We finally moved house a couple of weeks ago and I found myself pushing myself more physically than I have done for months. Moving house whilst heavily pregnant is not something I recommend at all! I did keep resting, but even so the pain was definitely flared up by my increase in activity.

I’m still being more active than I was as I’m still unpacking boxes and trying to sort things out in our new home. However, I’m not doing anywhere as much as I was on moving day and the handful of days either side, yet my pain is worse now! I think this is because not only is baby getting heavier, I noticed my bump seemed to have dropped at 33 weeks! According to my 34 week midwife appointment, baby’s head is now two fifths into my pelvis.

Fortunately, the indigestion and heartburn seems to have backed off a little at the moment. Perhaps this is due to baby dropping too? I mainly had acid of an evening, so I also tried to make a change to my eating habits (not eating as late and avoiding rich foods). I also found that a hot mug of milk seemed to help it and reduce it enough for me to sleep comfortably. On particularly bad nights, propping my pillows up so that I’m more elevated has also helped.

I’ve been getting some really painful practice contractions, which are increasing by the week. I’m hypnobirthing once again, so have actually been calling these practice surges or waves. Contractions is a harsh sounding word and therefore hypnobirthing encourages using these softer sounding words, as language has a strong effect on how we feel about things.

I am breathing through these, practicing techniques and visualisations I’ve learnt. However, it’s not always practical. I picked Autumn up the other day and some just hit me as I was walking along (again!) Of course, I was in a situation where I couldn’t just sit down and rest. I just had to carry on walking very very slowly.

Some of baby’s movements are very uncomfortable now! Especially when little hands or feet make their way into my ribs or hips. The worst is definitely when baby headbutts down though. I know it’s preparation for birth, but ouch! I also wake up in the middle of the night sometimes with part of my bump or ribs feeling really painful and bruised where I think baby has been kicking. Rolling over helps this, but that’s painful in itself thanks to PGP! Also, I say rolling, but the awkward series of movements I have to make definitely doesn’t really resemble rolling anymore.

As baby has dropped, my trips to the toilet have once again become very frequent. It’s really annoying, especially when I find myself waking up multiple times during the night!

Just look at the differences in shape over the last few weeks! 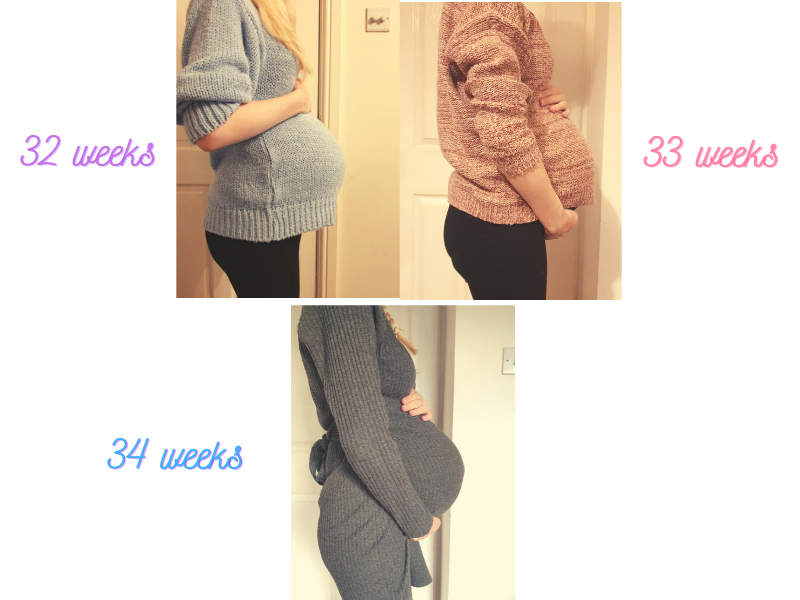 How to stop your toddler from biting

Skin Resurfacing: What Are Your Options?