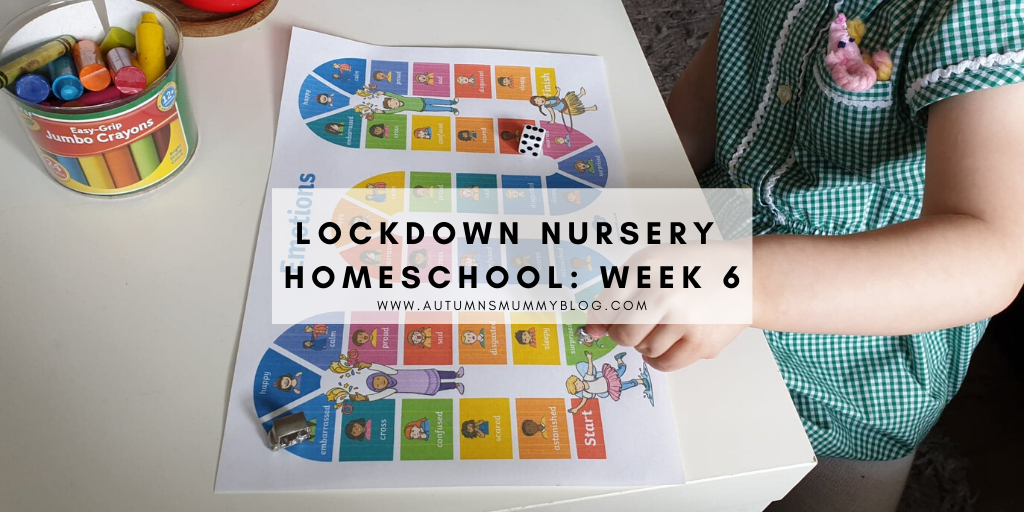 By some miracle, Autumn is still actually enjoying homeschool and eager to start each day. It works well for me as it provides us some structure and it gives me something to focus some of her seemingly endless energy on! We also have a lot of fun while she is learning. Obviously, it adds extra stress and pressure on me and it takes me ages to compile all the activities we’ll do over the course of a week. Honestly, I completely understand if some of you have tried to homeschool and given up on the idea. However, for me, I think it is worth it. I think being able to homeschool Autumn like I’ve always kind of wanted to do is definitely one of my silver linings of lockdown life!

9.30 – Discussion about the weather, day and date

9.45 – Autumn did a mini beast colour by number. She chose the ladybird this time! I had to help as she got bored of colouring in red 🙂 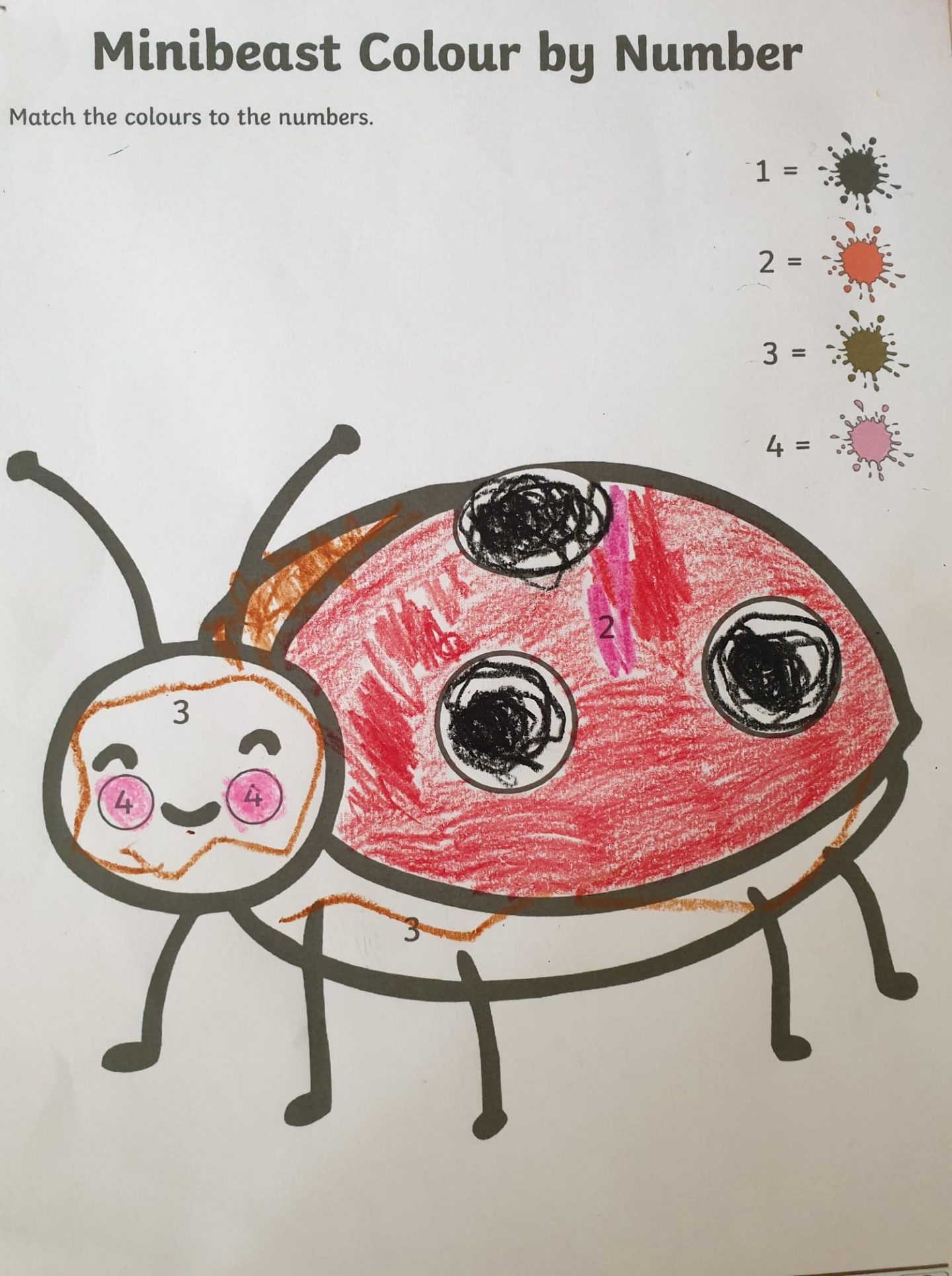 10.45 – We played a garden phonics game on my laptop. Then we went to the garden and saw what we could hear. We heard some birds, a bee and our next door neighbour drilling. Autumn didn’t like the latter. Inside, she drew a picture of her favourite garden noise (a bird!) She actually went the extra mile and drew a bird flying over the sea with clouds in the sky. 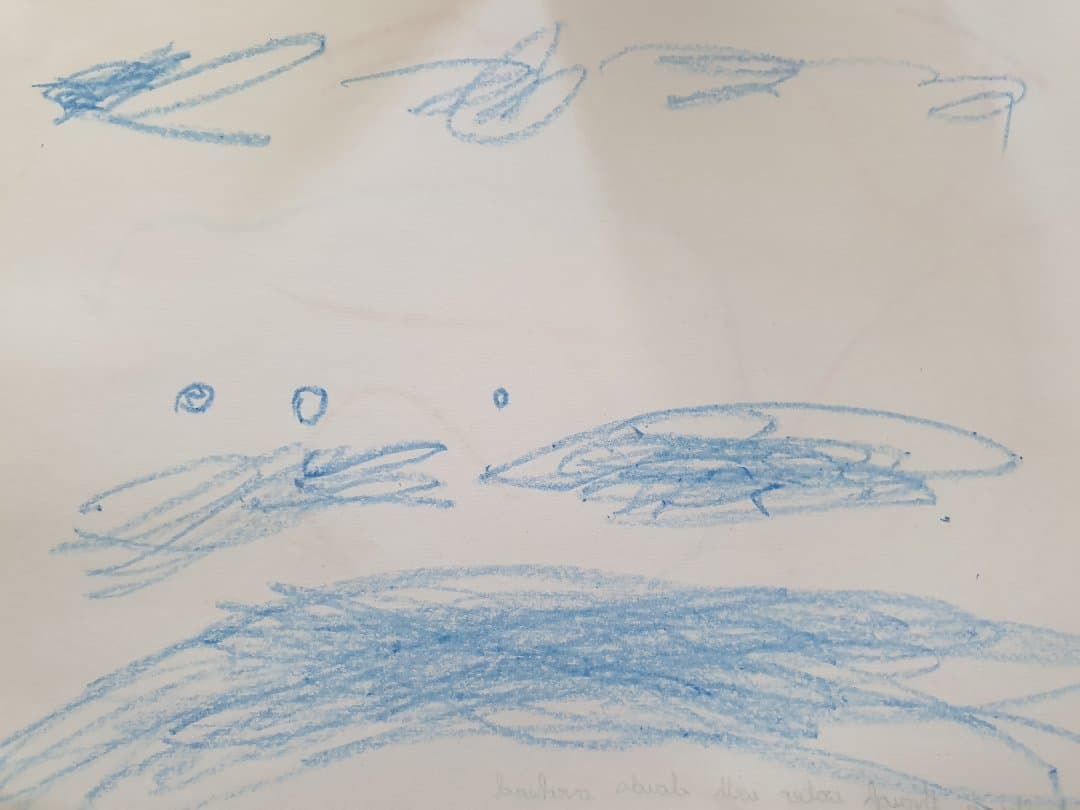 We skipped homeschool on Tuesday as Autumn was sick during the night 🙁 Autumn and I had a good lie in, having been up for many hours.

9.15 – We sang some nursery rhymes. This included her current favourite, Baa Baa Black Sheep. She insisted that we count the bags of wool on our fingers! 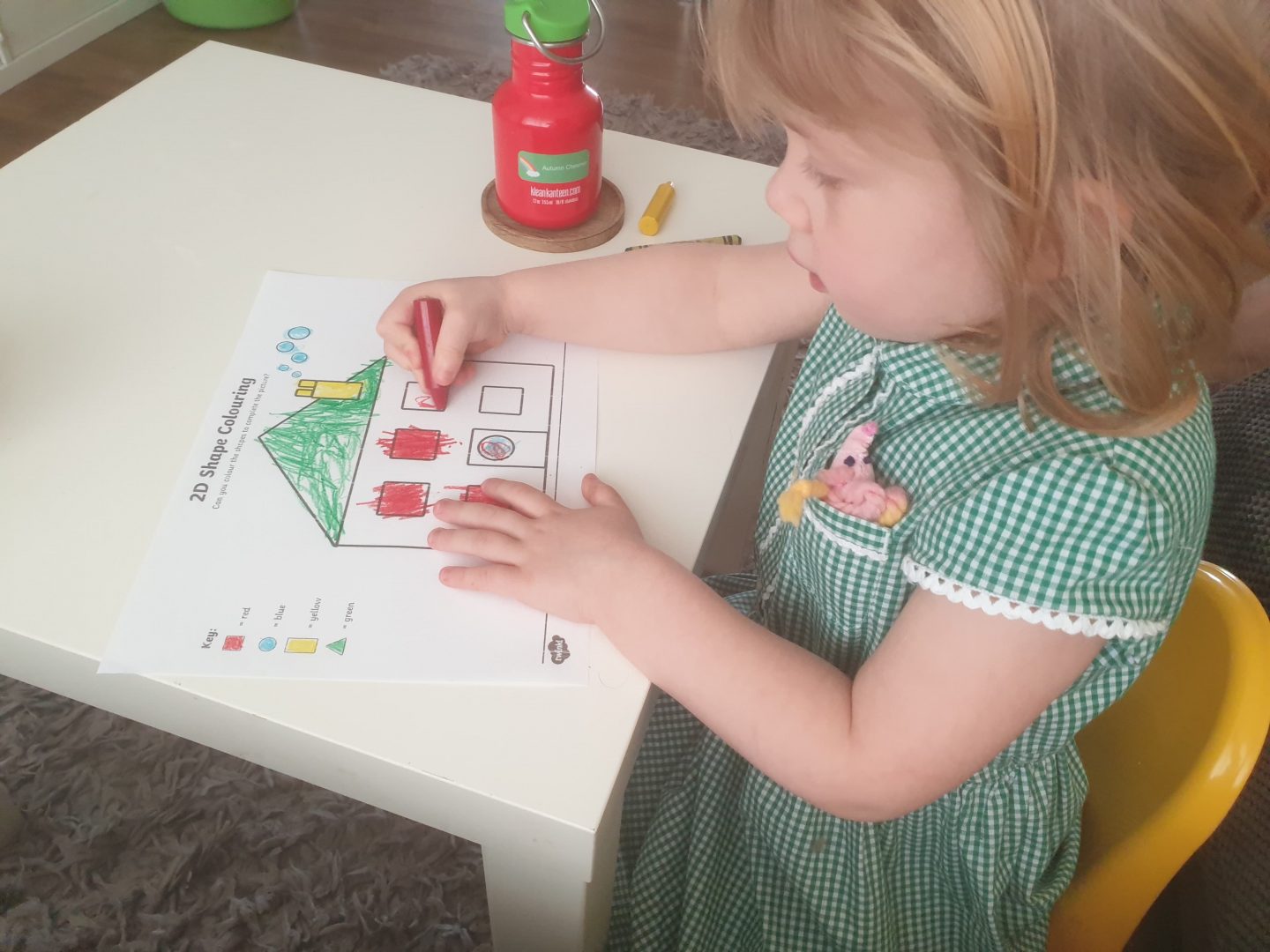 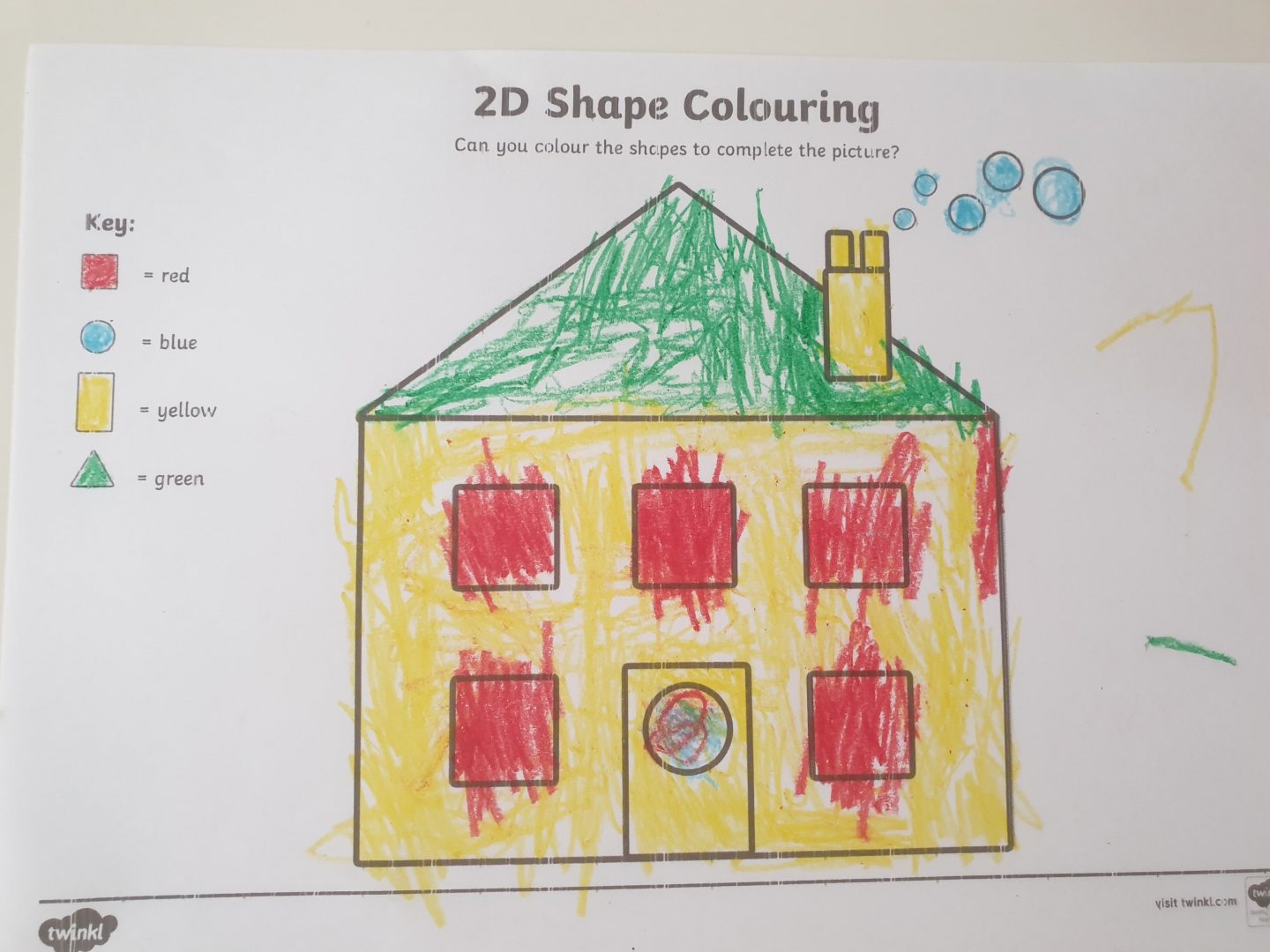 10.00 – We’d listened to the story of Goldilocks and the Three Bears recently. So, I thought it would be good if we conducted a bed experiment. We talked about what makes a bed comfortable (soft and cosy). Then we tried making beds out of different things around the house. Autumn found the blanket and cushion bed comfortable. Oddly enough, neither tin foil or Lego made a particularly good bed. Autumn tested them both out and told me that the tin foil was too noisy and the Lego was too hard and pointy. She decided she’d like to keep the bed she has rather than having one made of Lego!

9.45 – Autumn did the Monsters Adding More worksheet from Twinkl. She really enjoyed drawing the extra horns and eyes etc. on the monsters and counting! She even had a go at copying the numbers I’d written in the box. I was very impressed by the 6! 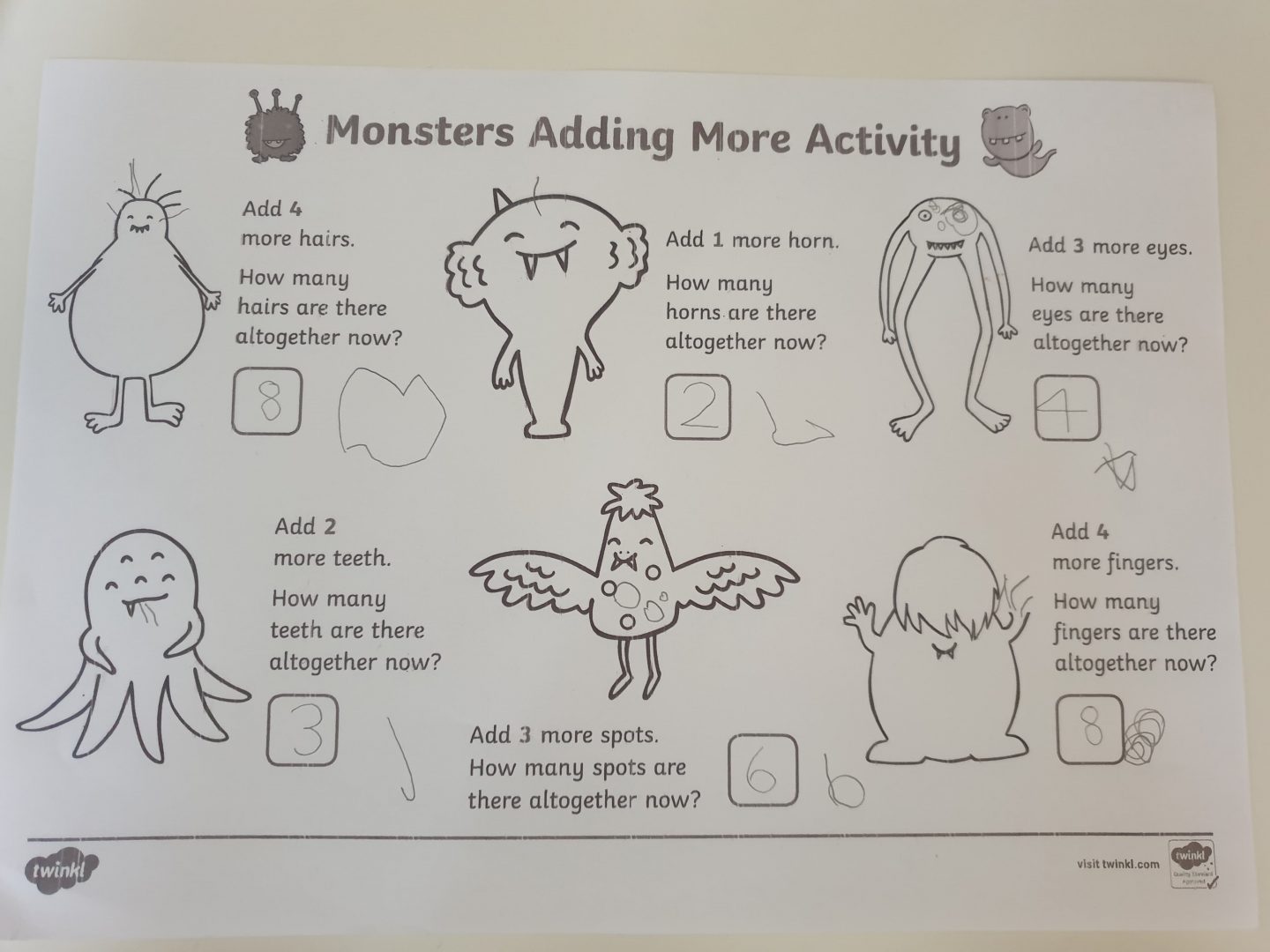 10.45 – We started making a puffin bird box. My brother bought Autumn a subscription to the RNLI’s children’s magazine, Storm Force, for Easter. On one of the first few pages was instructions on how to make a bird feeding box that looks like a puffin. She immediately wanted to make it and eagerly awaited for my almond milk carton in the fridge to become empty. 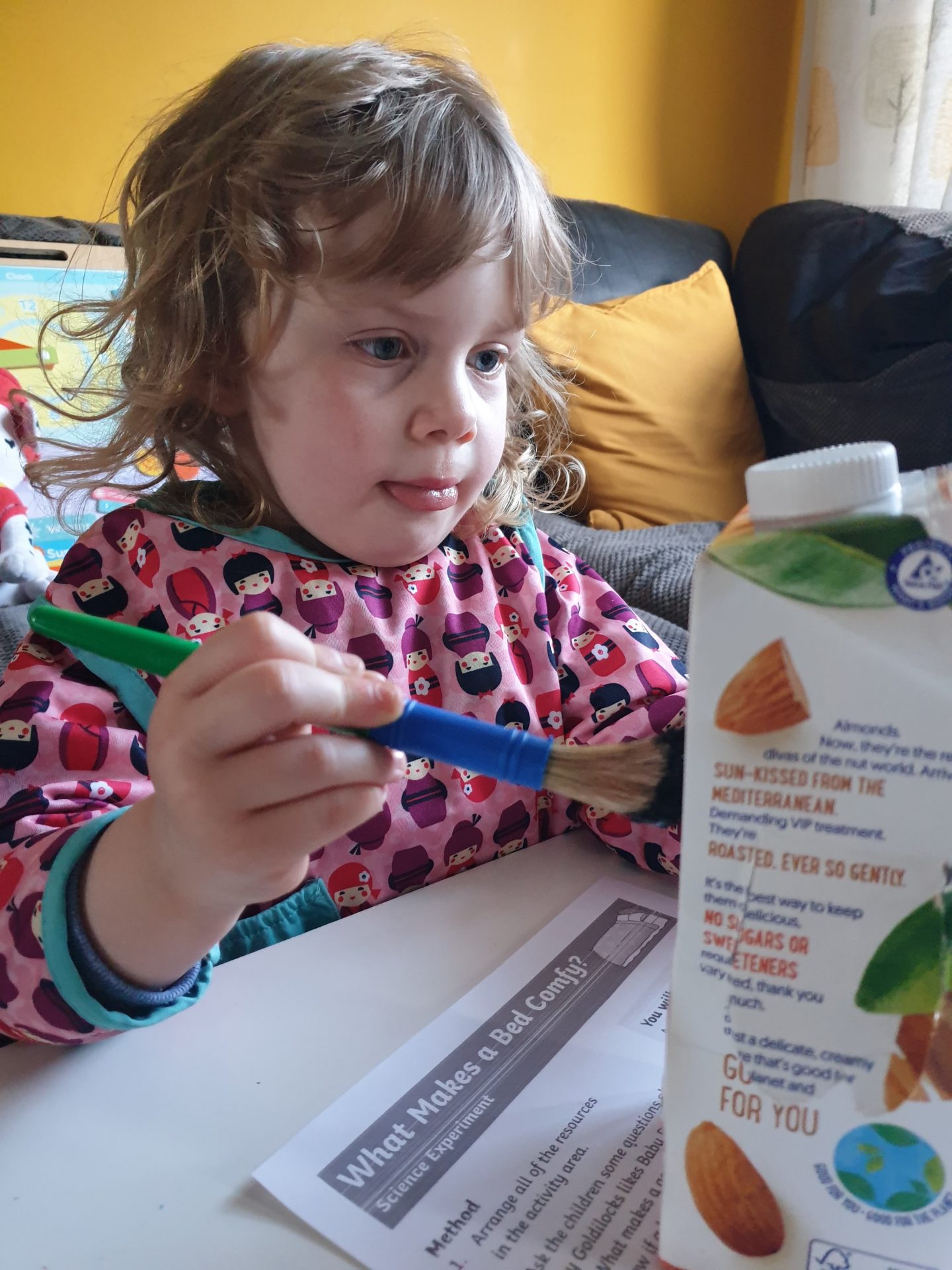 9.15 – We talked about mummy and baby animals and Autumn glued some baby animals next to their mothers on a worksheet. She found a couple of similar animals a little tricky, but got there with a bit of help! 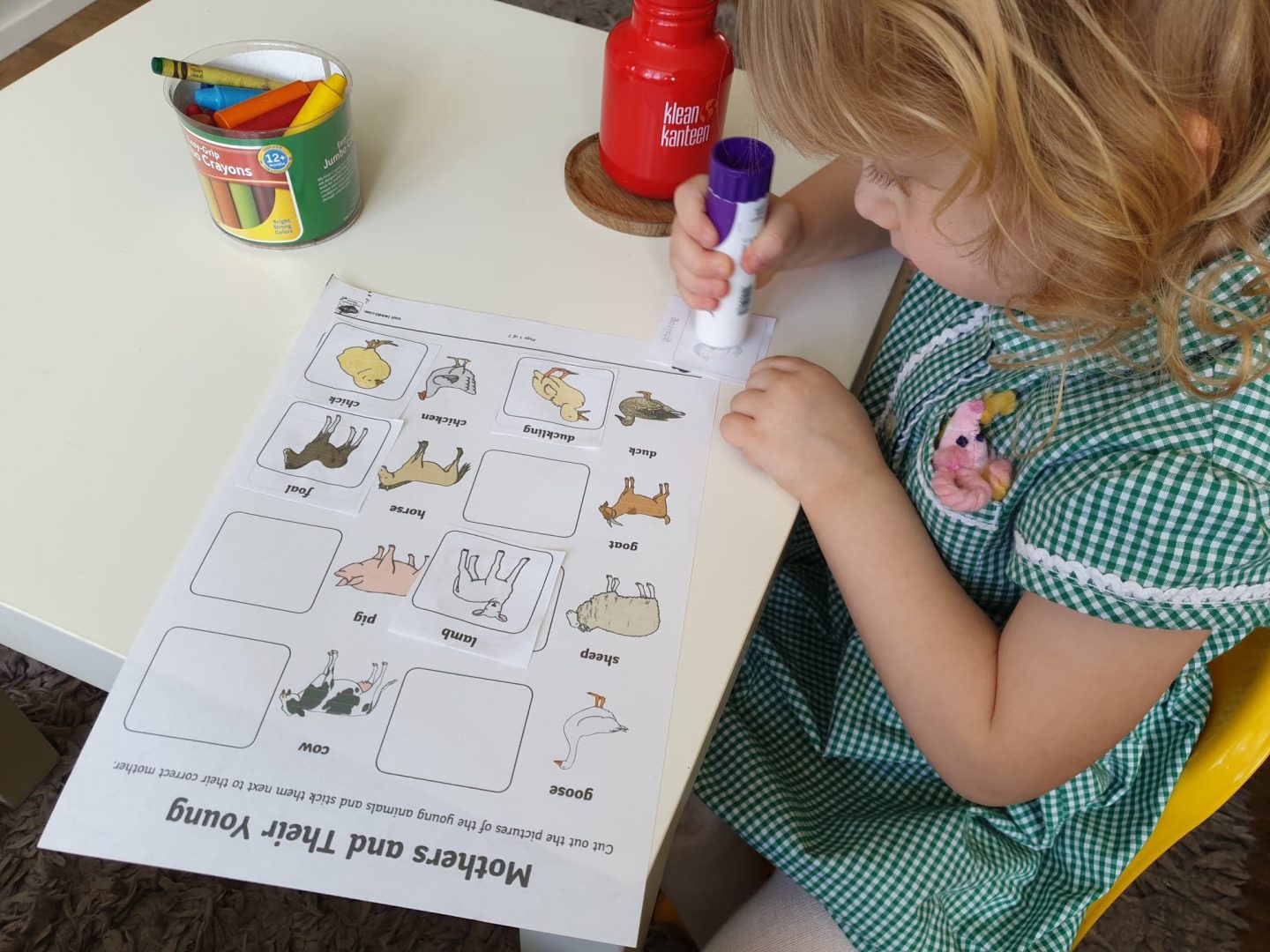 9.30 – We discussed where various animals live and Autumn matched some farm animals to where they live. We play this game fairly often, so Autumn did very well!

9.45 – We discussed where various foods come from on the farm. Autumn was surprised by some of them, but got eggs easily once the got the hang of things and realised we were talking about the actual source, not the fridge or the supermarket! 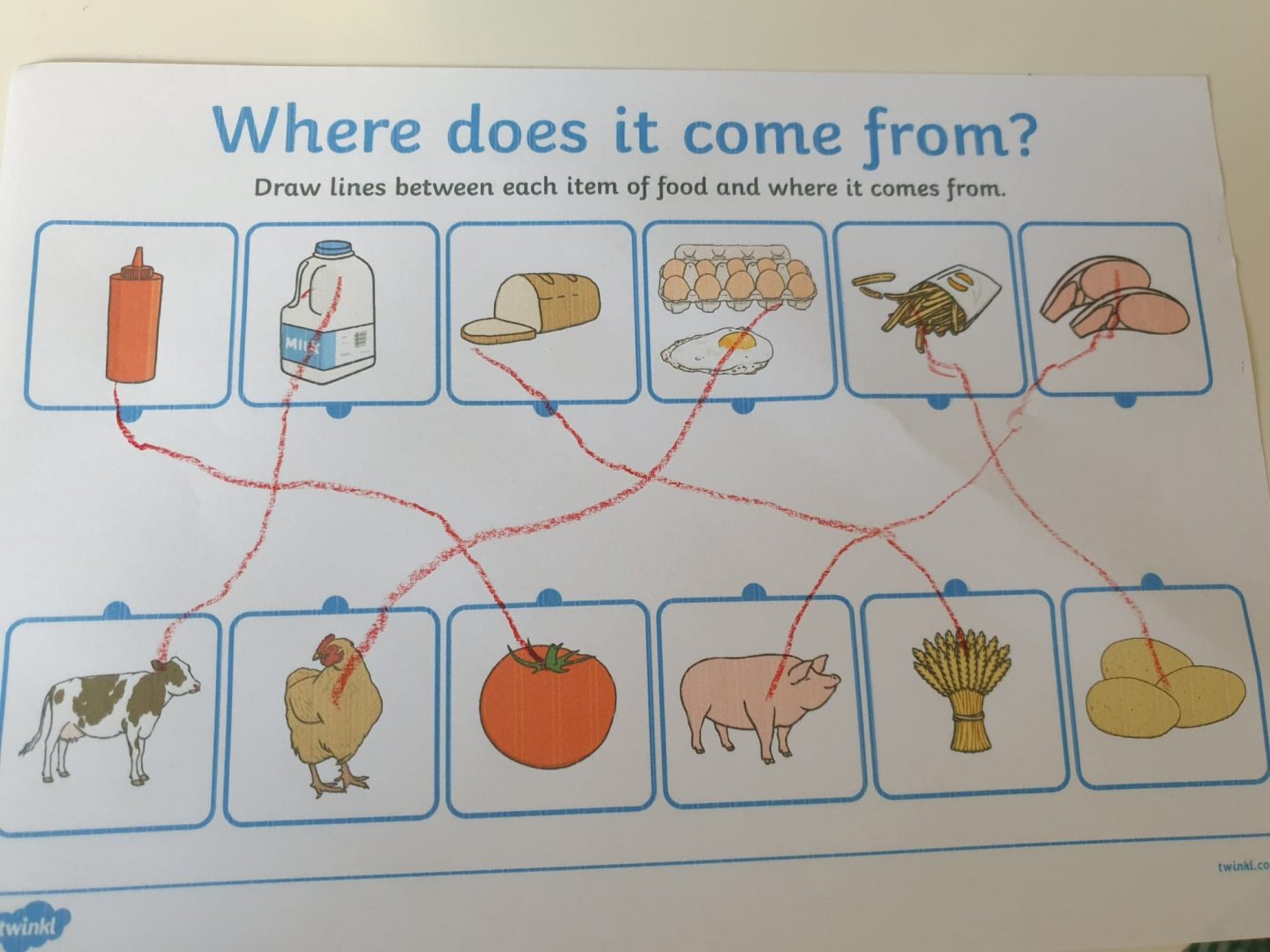 10.45 – We looked at a PowerPoint about emotions. Autumn guessed what the children were feeling and thought about why they could be feeling like that. She did really well at guessing their emotions. I started off by giving her scenarios for the first couple, then she thought of reasons why the others were sad, happy, angry, surprised etc.

11.00 – We played a board game about emotions. Each time you move, you land on a different emotion and have to think of  a time you felt like that. It really helped Autumn to open up on some of her feelings about lockdown that she might not have told me about otherwise. 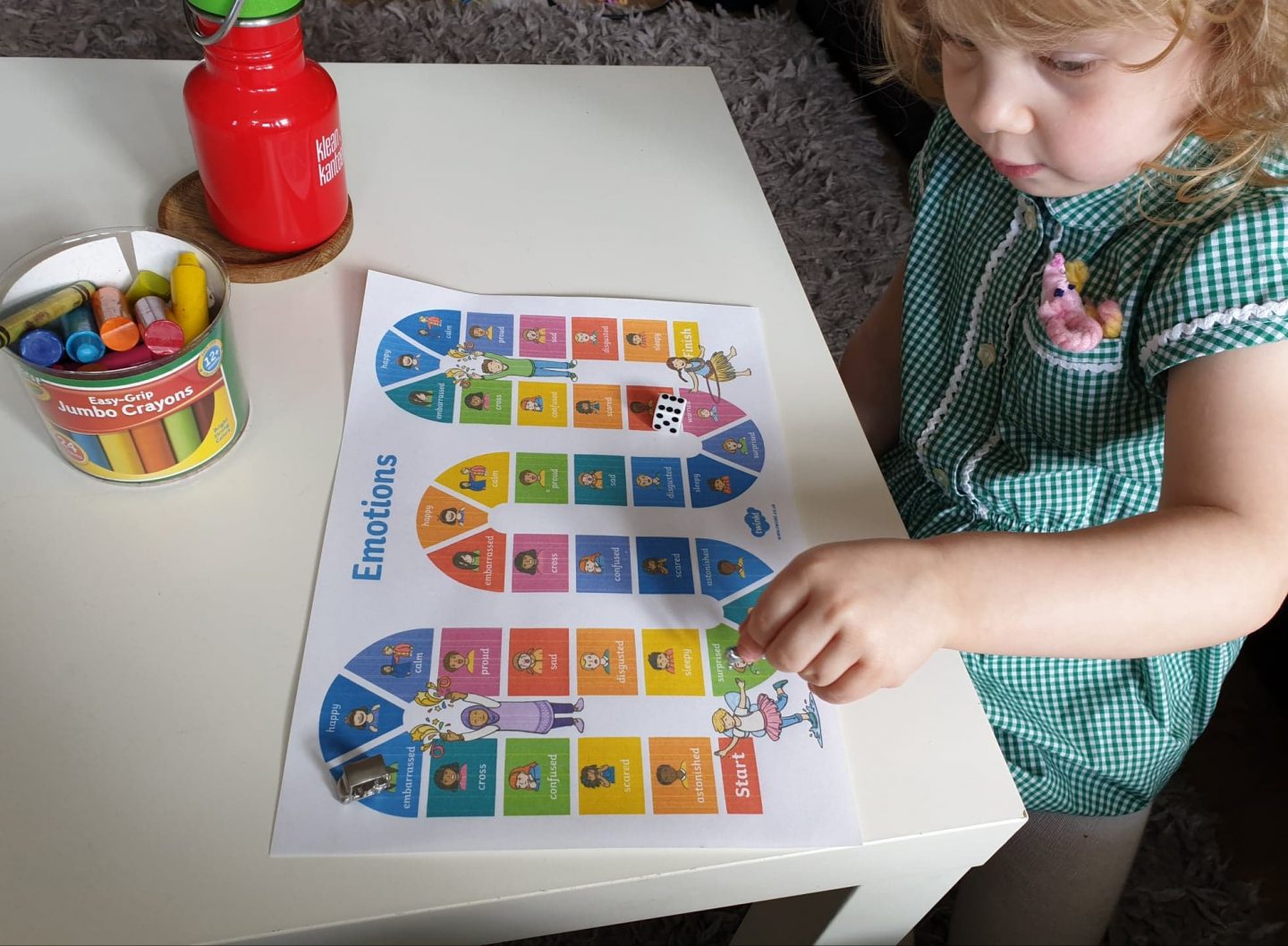 Disclosure: This post is not in collaboration with Twinkl, Mathseeds or Reading Eggs. They are just some resources I like using.