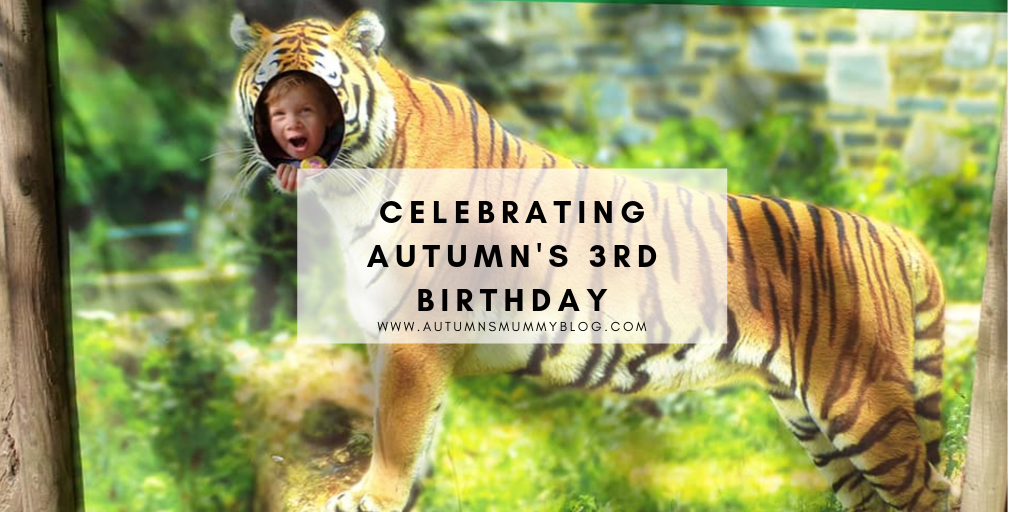 It has been an absolutely crazy few weeks in our household. Work has been busy, there have been lots of birthdays, I went to BlogOn and we went on holiday. It actually feels quite strange having time to sit down and write something for the blog. As I write, Autumn is playing with her Paw Patrol look out tower, acting like the vloggers she watches playing with toys on YouTube! It’s amazing how quickly we’ve got to this point; it feels like she’s grown so fast. She was around 4 months old when I started the blog, and now we’ve just celebrated her 3rd birthday.

A few weeks before Autumn’s 3rd birthday, I asked her what she wanted to do to celebrate it. She told me that she wanted to go to the zoo! I was quite relieved in a way as I planned a party for both her 1st and 2nd birthdays and it was a lot of work. Nevertheless, I kept asking regularly in case she changed her mind. Then, naturally, two days before her birthday she told me that she wanted to go to the playground to celebrate it! However, when the day came, we decided to take her to Wingham Wildlife Park. I think she much preferred this decision over our local playground, as she had so much fun! We took her to the playground there too, so she didn’t miss out on the swings and slides that she craved.

Autumn has had a real interest in animals ever since she was tiny. She really enjoyed looking at the map to see which animal she was going to see next. 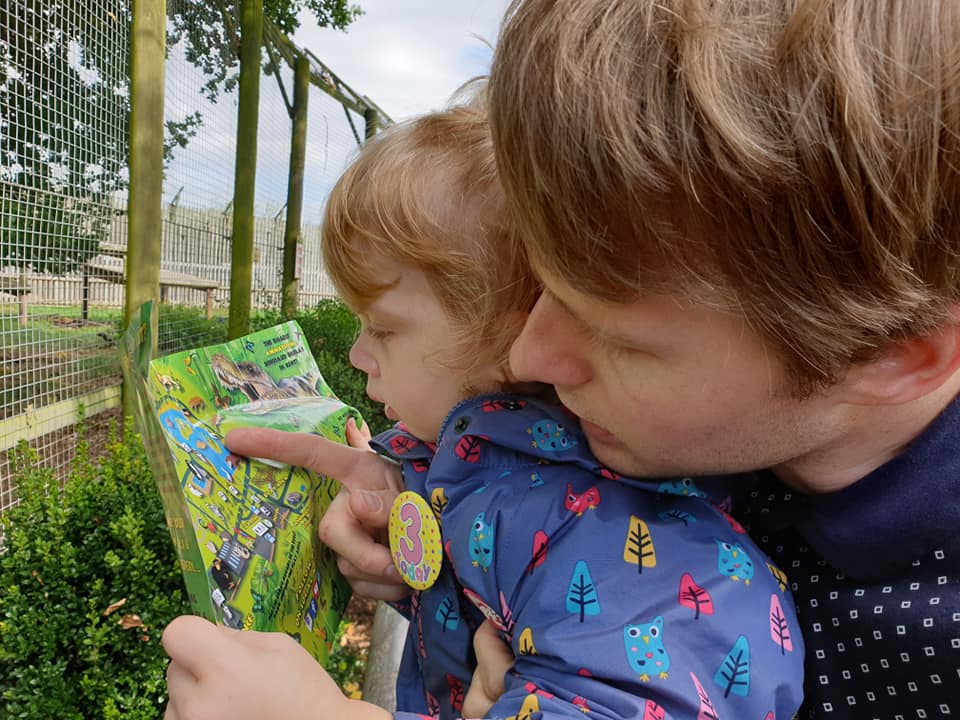 One of the best things about Wingham Wildlife Park was that you don’t have to walk far to get to the next enclosure. Although Autumn was tired and had to be carried by the end, she was able to walk around most of it herself! This was great as she hates going in the pushchair these days – she protests that she’s a big girl and big girls don’t go in pushchairs!

We’d never been before, and were impressed by how toddler friendly the park was, as well as the range of animals there. We particularly enjoyed penguin feeding time! 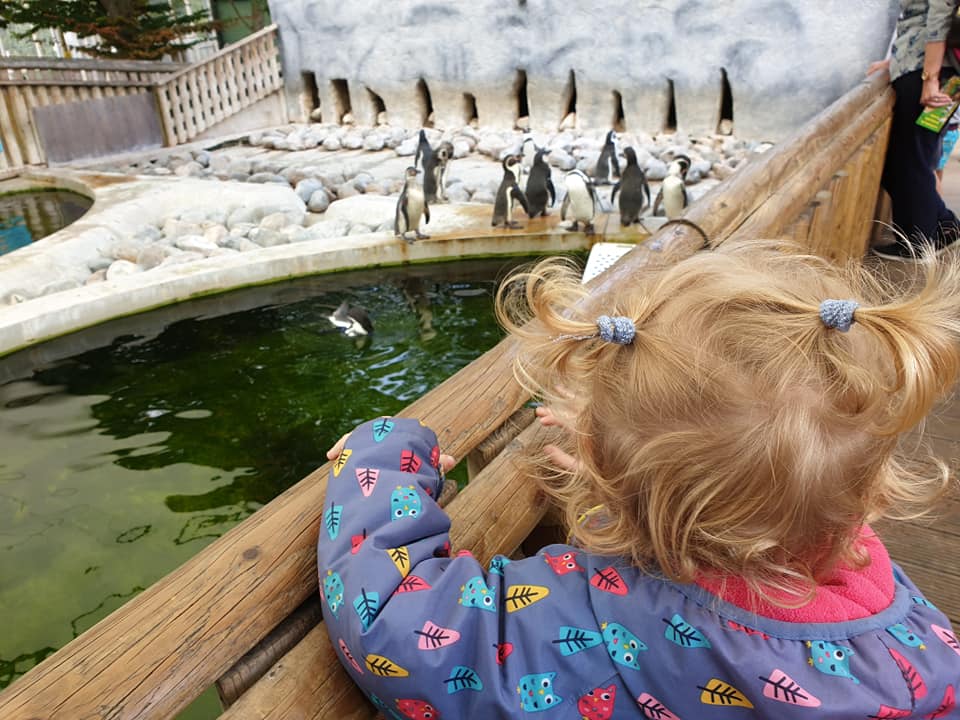 Autumn also really appreciated the photo opportunity boards. I think her favourite was the tiger, as she didn’t stop roaring through it for quite some time! 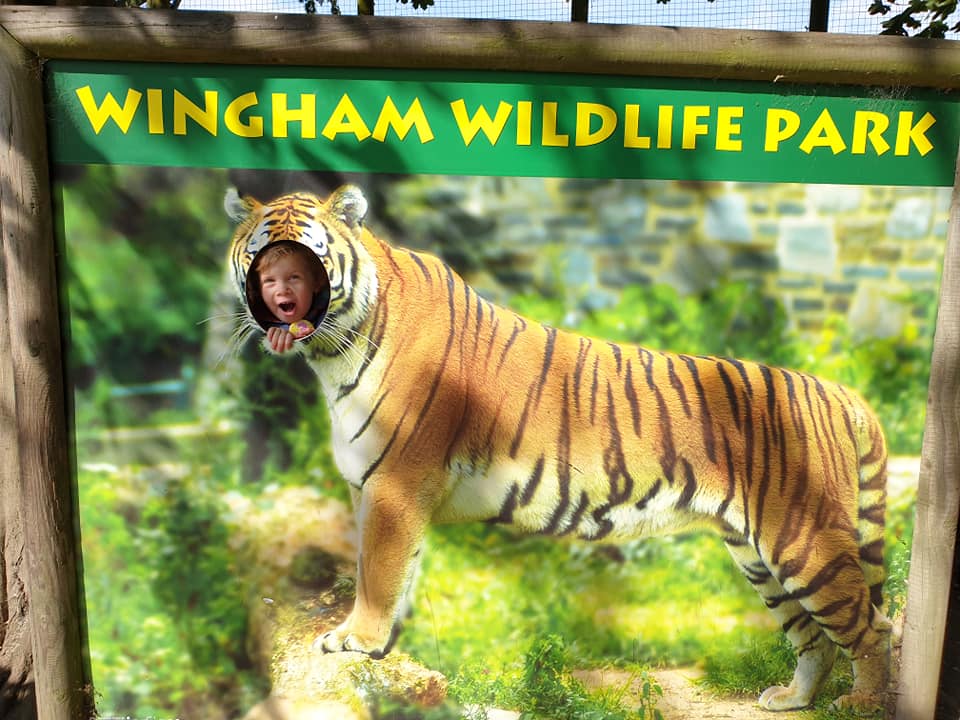 After we got home from Wingham Wildlife Park, Autumn asked to be dressed in her Skye (Paw Patrol) outfit. I had bought her a dress with her 3rd birthday. However, this was a present from one of my best friends that she just couldn’t wait to wear! Shortly after we arrived back, family came round to visit. It was interesting to say the least to try and fit 14 people into our small living room, as well as all of Autumn’s presents from them! Nevertheless, we managed it somehow and had a lovely afternoon. Autumn was so lucky to receive so many lovely and thoughtful presents.

I had stayed up until 2am the two previous nights to make Autumn’s birthday cake. It was really stressful and I was exhausted. However, it was worth all the effort as it was delicious. I made a 3 shaped sponge cake with red buttercream icing. Autumn had been keen to have a red cake. She’d also been keen to have an apple or banana flavoured cake. However, I knew she wouldn’t actually like either of those! As such, I stuck to a cake I knew she would like and she didn’t seem to remember. To be honest, it was cake and had Paw Patrol figures and balloons on it, so she was happy! 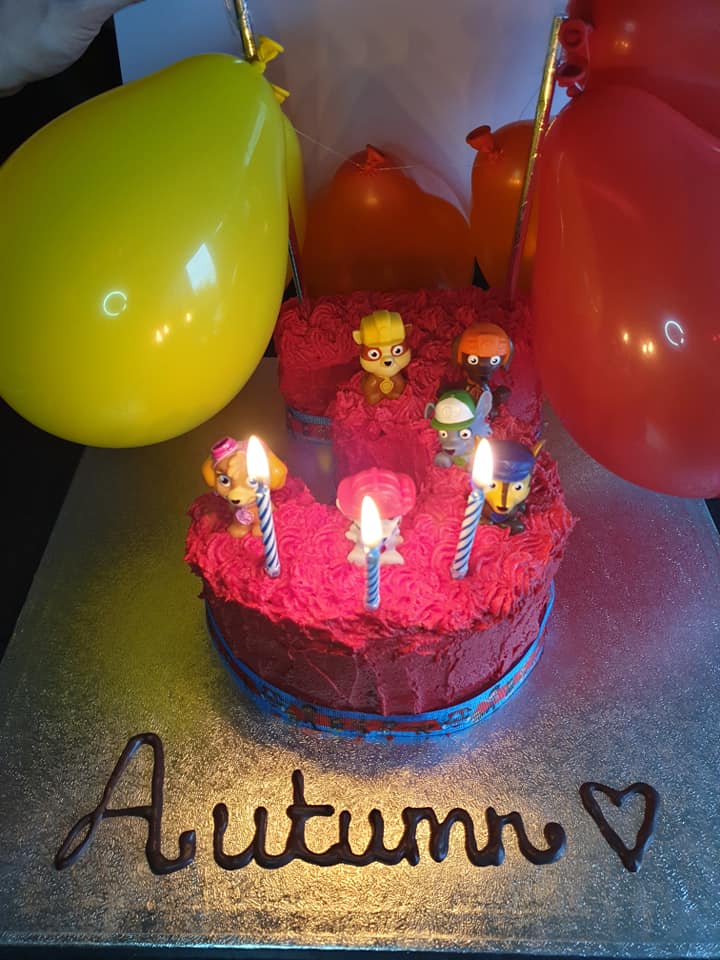 We all had a lovely day celebrating, but I just can’t believe my little girl is 3 already!