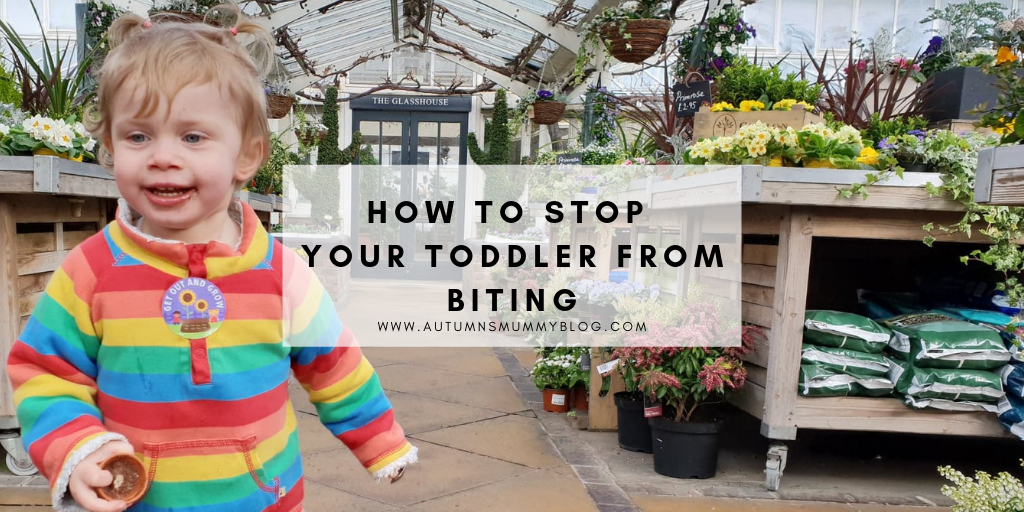 A couple of weeks ago, my 2 and a half year old daughter Autumn started biting. It came completely out of the blue. I still have no idea whether she picked it up from somewhere or if it was just part of her development. At first, I tried just saying no and brushing it off, until something happened where I felt unable to continue like that. Here’s what happened and how we got her to stop.

How the biting started

When Autumn started biting, it seemed to be when she was feeling particularly high in an emotion. It was always when she was excitable and happy or angry about something. She only bit my husband or I and it would generally be on our arm. We said no, but got the impression that she wasn’t really listening. My husband tried shouting, but she just thought it was funny.

A few days into the biting phase, when I’d already been wondering how next to approach it, something different happened. I was standing at the hob cooking dinner, when she came up behind me and bit me hard on the bum. I was completely shocked and didn’t really know how to react. However, I knew that things had gone too far for me to just keep brushing it off like most phases. Of course, back in the day, the solution would have been to bite her to show her what it’s like. For obvious reasons, I didn’t want to do this. However, the concept of making her think what it’s like to be bitten struck a chord with me. 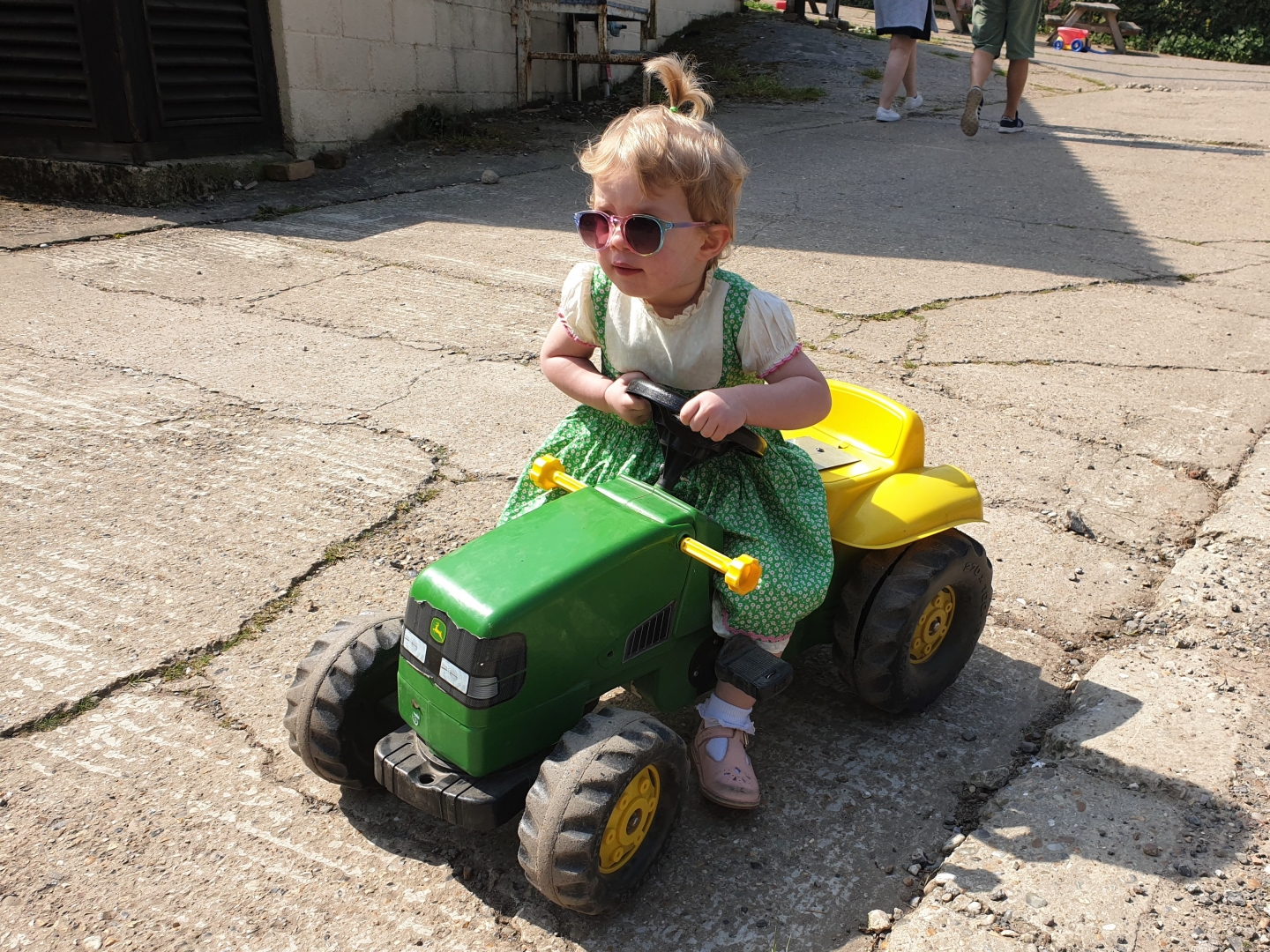 Less than 2 hours later, my husband was getting Autumn ready for bed when she bit his arm. Hard. I saw anger flooding into his face and saw the cues that showed he was ready to shout. However, at the same time, I could also sense that unlike before she’d bit him, Autumn looked as though she could be the kind of mood where she would listen.

I made sure that Autumn was listening and got her attention.

2. Explain how it makes the person feel

I told her that biting Daddy hurts him and it makes him feel sad.

3. Help them to empathise

I reminded her of a time that a neighbour’s baby pulled her hair and it hurt and made her feel sad. She said yes. Then I asked if it would make her feel sad if someone hurt her by biting her or pulling her hair, as I wasn’t 100% sure if she did remember the situation I’d tried to remind her of.

4. Ask them to apologise

Next, I asked Autumn to apologise to her Daddy and give him a hug, which she did.

A few minutes after this conversation, we were chatting whilst she played with some Play Doh when I asked her if she was tired. She told me she wasn’t, so I asked her if she felt happy. She said yes, but didn’t sound entirely sure. Deciding to probe a little further I asked whether she felt sad. This time, she said yes in a very sad little voice.

When I asked her why she felt sad, she replied “Because Daddy”.

“Why are you sad because of Daddy?” my husband asked.

“Because Daddy hurt”, she responded.

“Aww, he’s okay now. Just don’t bite him again in the future sweetheart” I told her and gave her a hug.

Obviously, every child is different and responds to things in different ways. However, this approach seemed to really resonate with my daughter. It’s now been a few weeks since this conversation and she hasn’t bitten us since.