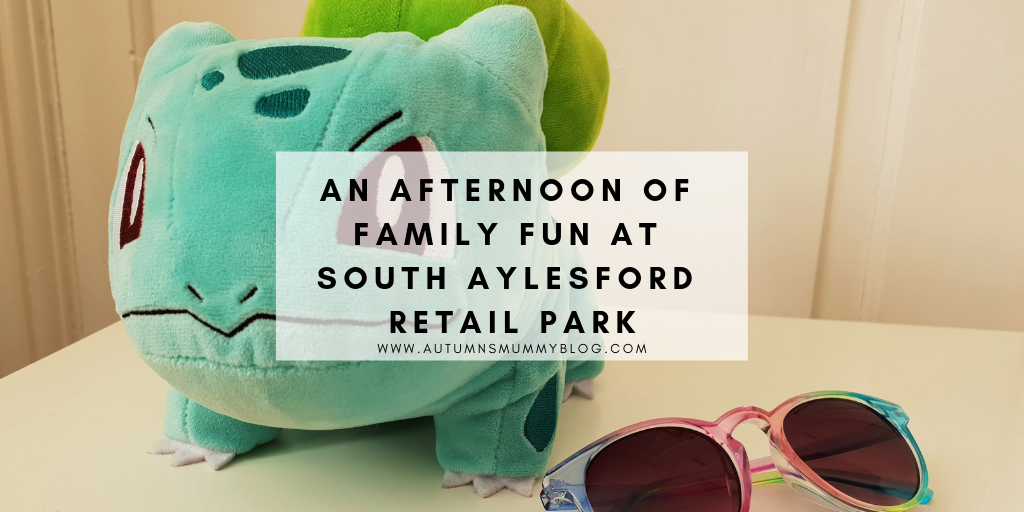 Sponsored Post During half term, there are always lots of activities on for children. This past week hasn’t been an exception, and yesterday we went to participate in some pond dipping at Tyland Barn in Sandling, near Aylesford. We then rounded off the afternoon nicely with a fun visit to the toy shop, some rabbits and the Nando’s at nearby South Aylesford Retail Park!

South Aylesford Retail Park in Aylesford, near Maidstone in Kent, has a good offering of retailers including M&S Food Hall, Currys PC World, Pets at Home, Halfords and Wren Kitchens. A recent addition was Nando’s, which arrived at the retail park last year. 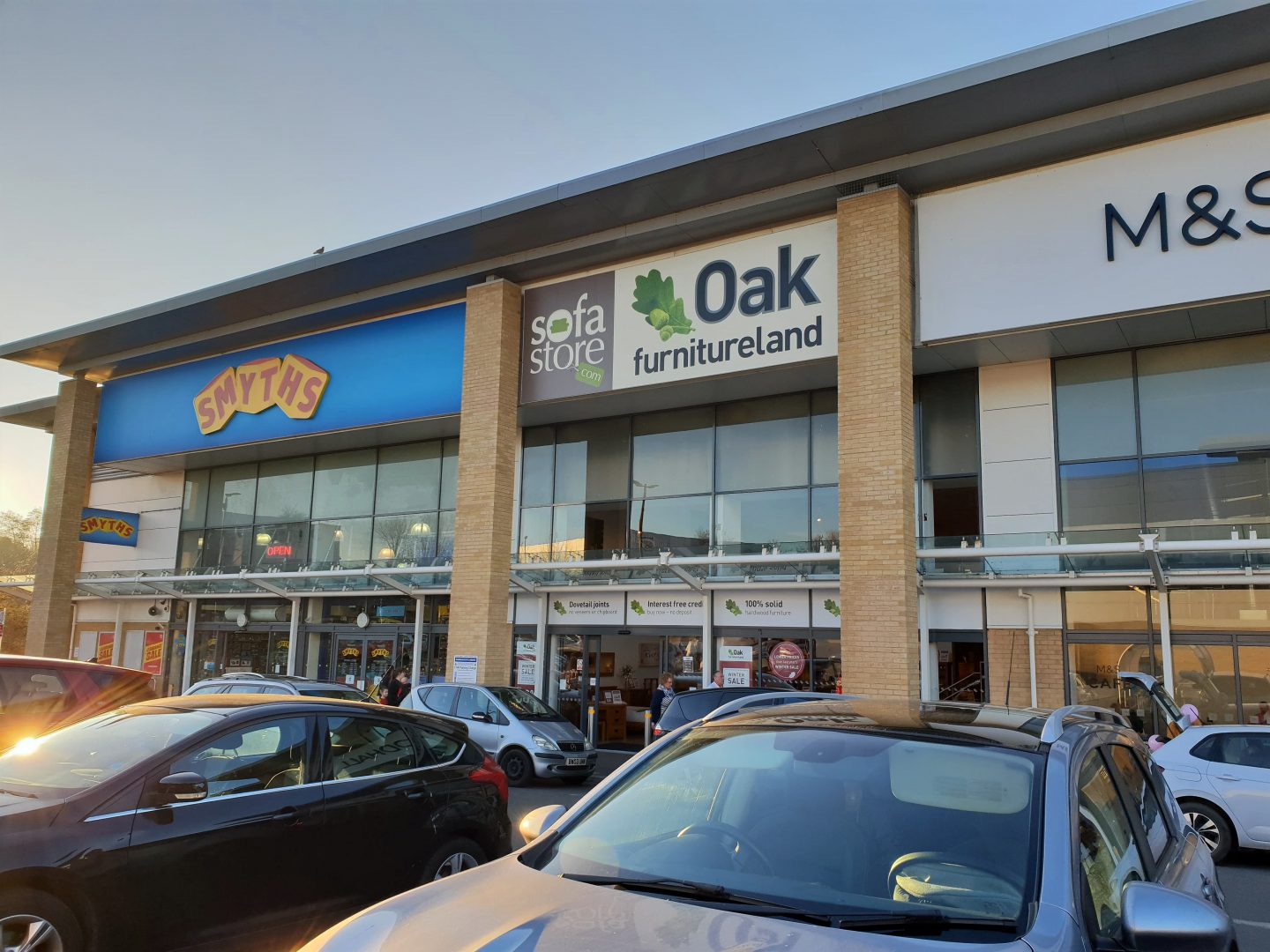 It is well positioned, just off of the A20, close to the M20 and A229 (Bluebell Hill). There are local attractions for children (and adults) nearby, such as Tyland Barn, Kent Life and Adventure Kidz soft play. This makes it ideal for popping to on the way home from work, or as part of a fun family day out like we did!

I’d never actually set foot in a Smyth’s Toys store before, but I was impressed. There was a good range of toys and games at reasonable prices! After browsing the computer games, we looked at the bikes and scooters. Autumn was very excited and pointed out a Toy Story scooter that she liked. 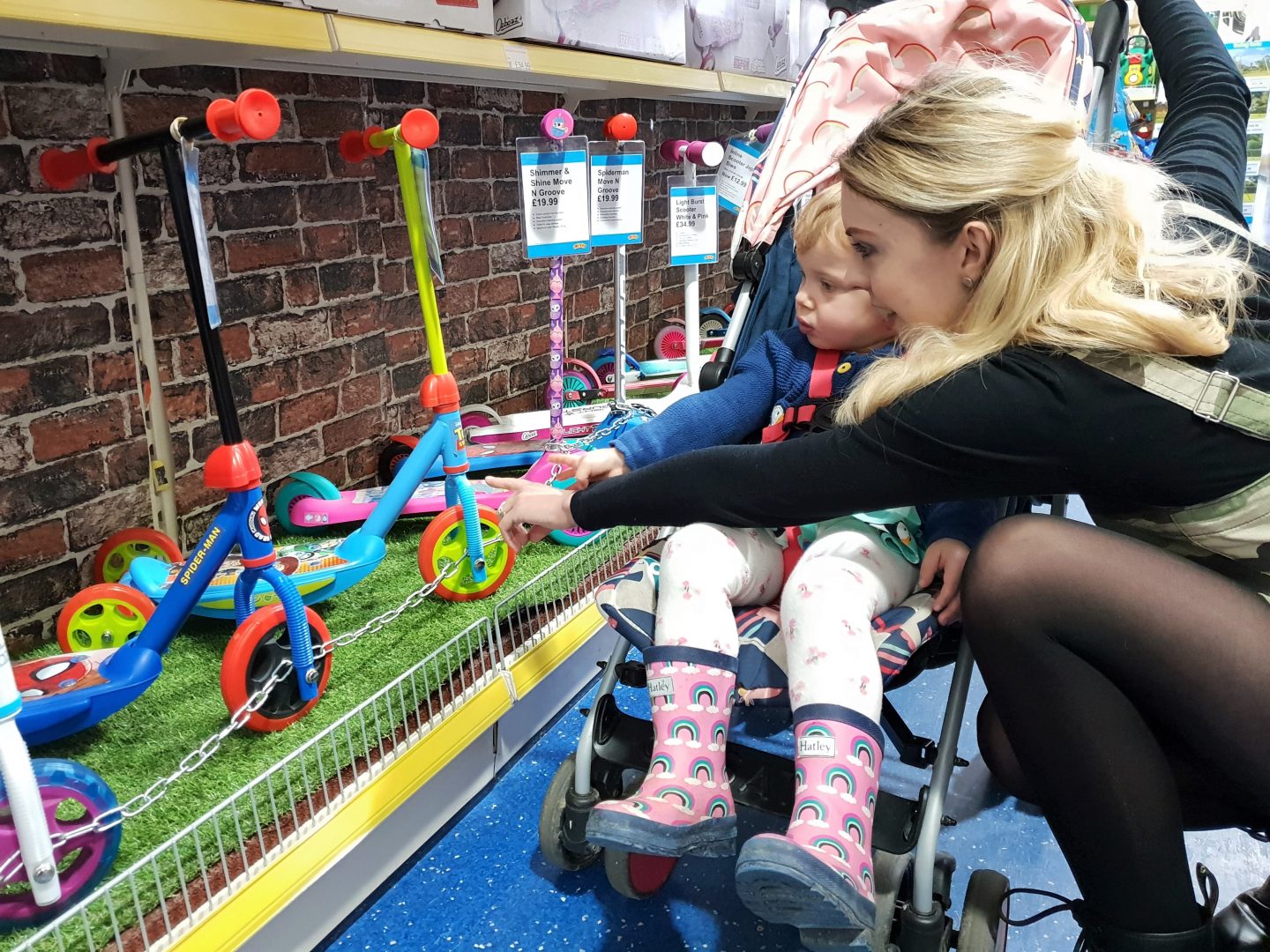 From that point, she got very excited and started pointing, telling us lots of things that she wanted! Of course, this is part and parcel of taking a 2 year old to a toy shop. They want everything, but don’t have enough understanding of the world yet to understand that they can’t have everything!

There were toys to suit every child, with a large number of brands present. These included WWE, Lego, Star Wars, Barbie, Hape and Playmobil. I think my husband and I enjoyed visiting just as much, if not more, than Autumn! We’ll definitely be heading back for some Christmas shopping later this year. 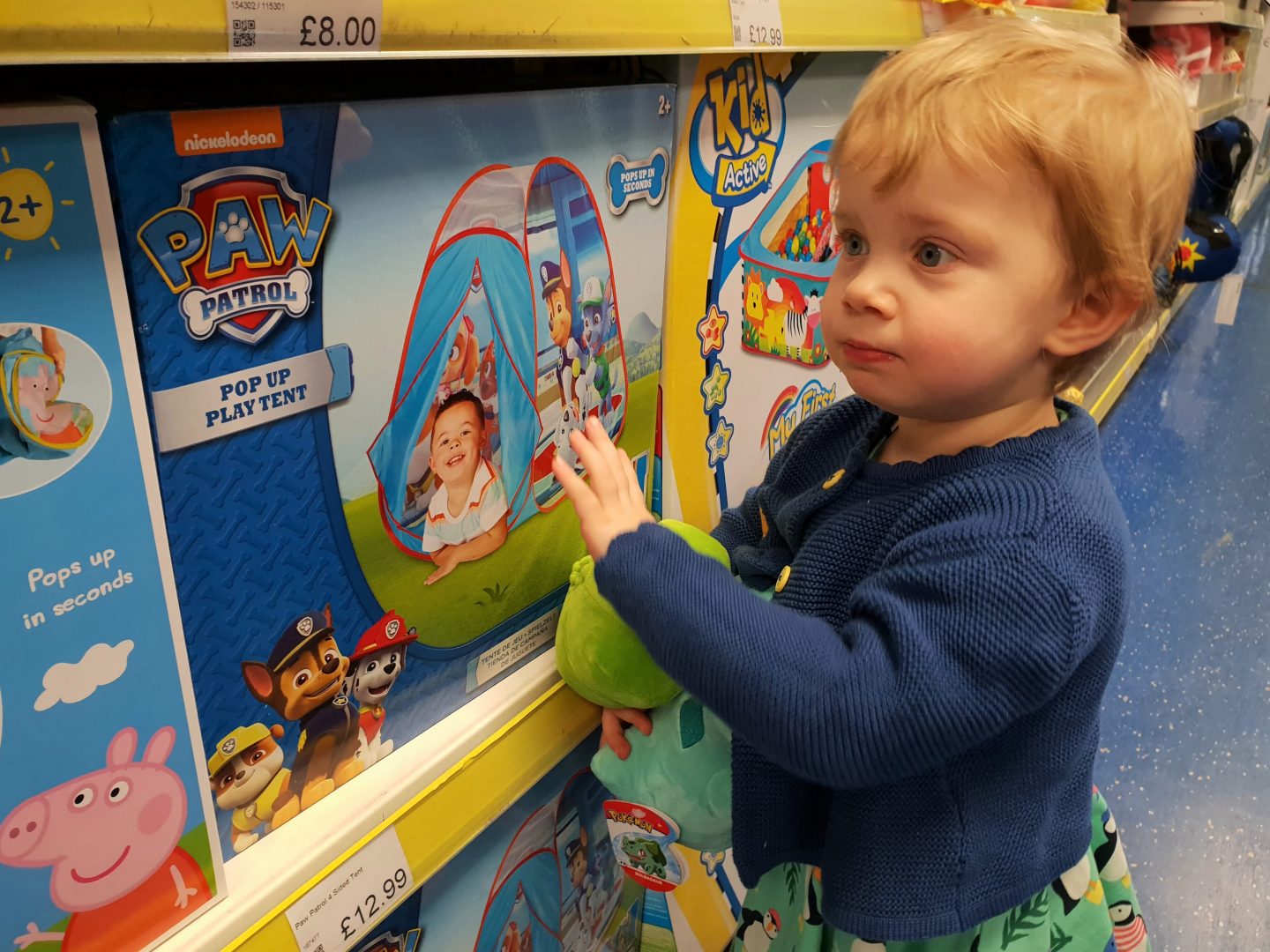 One thing that surprised me was that they sell pushchairs and car seats. I wasn’t aware of this, but I wish I’d known when we were looking for Autumn’s car seat. Shopping centres such as Bluewater fail when it comes to buying car seats, as the car parks aren’t right next to the shops. Therefore, you’re unable to check that it fits before you buy! A couple of doors along is Halfords too, so there are two places on this retail park you could check out if you’re looking for a car seat for your child.

My husband and I are big Pokemon fans and were admiring the Pokemon merchandise, when Autumn chose a cuddly Bulbasaur. It was a very proud moment for us as parents! 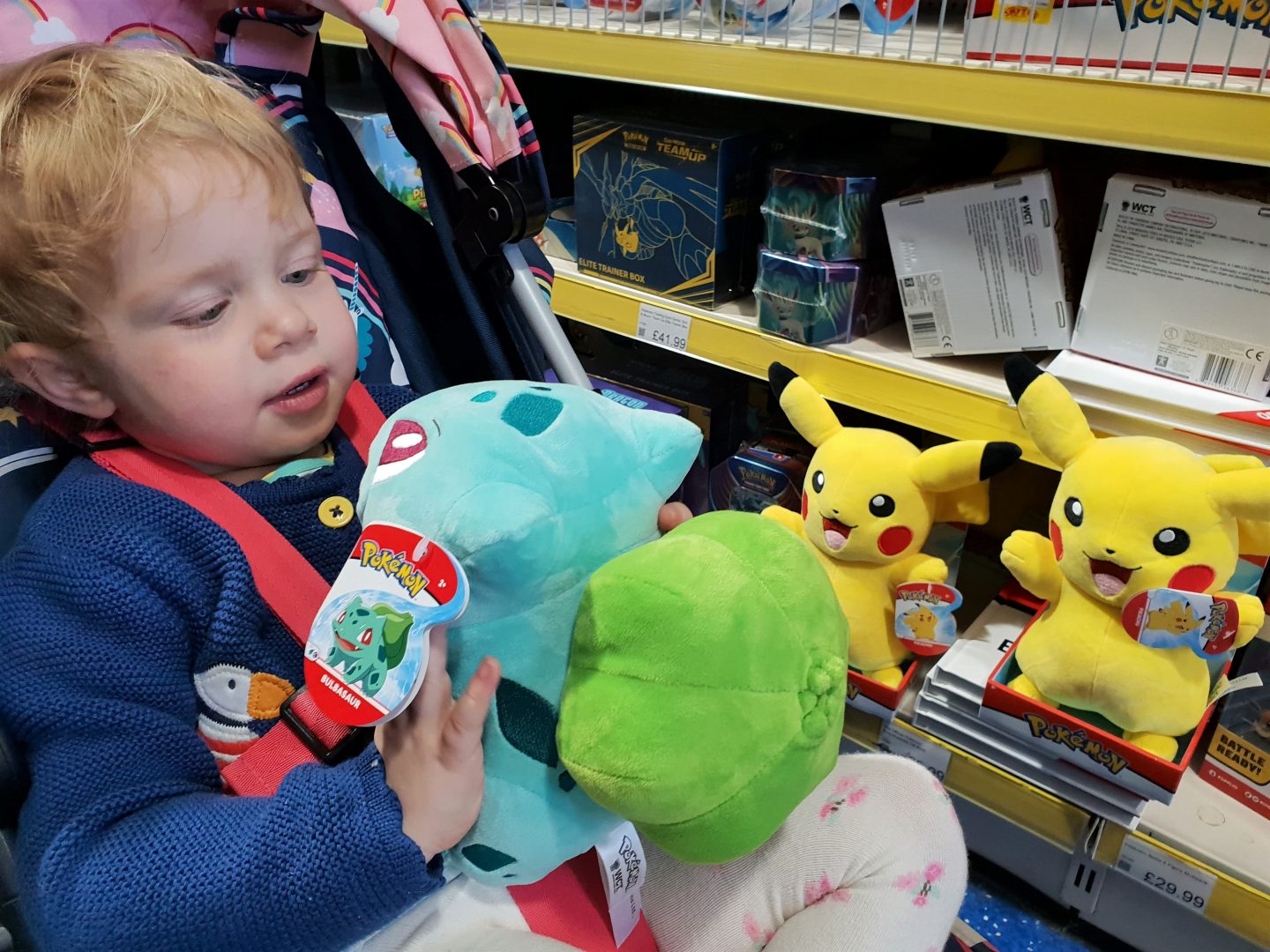 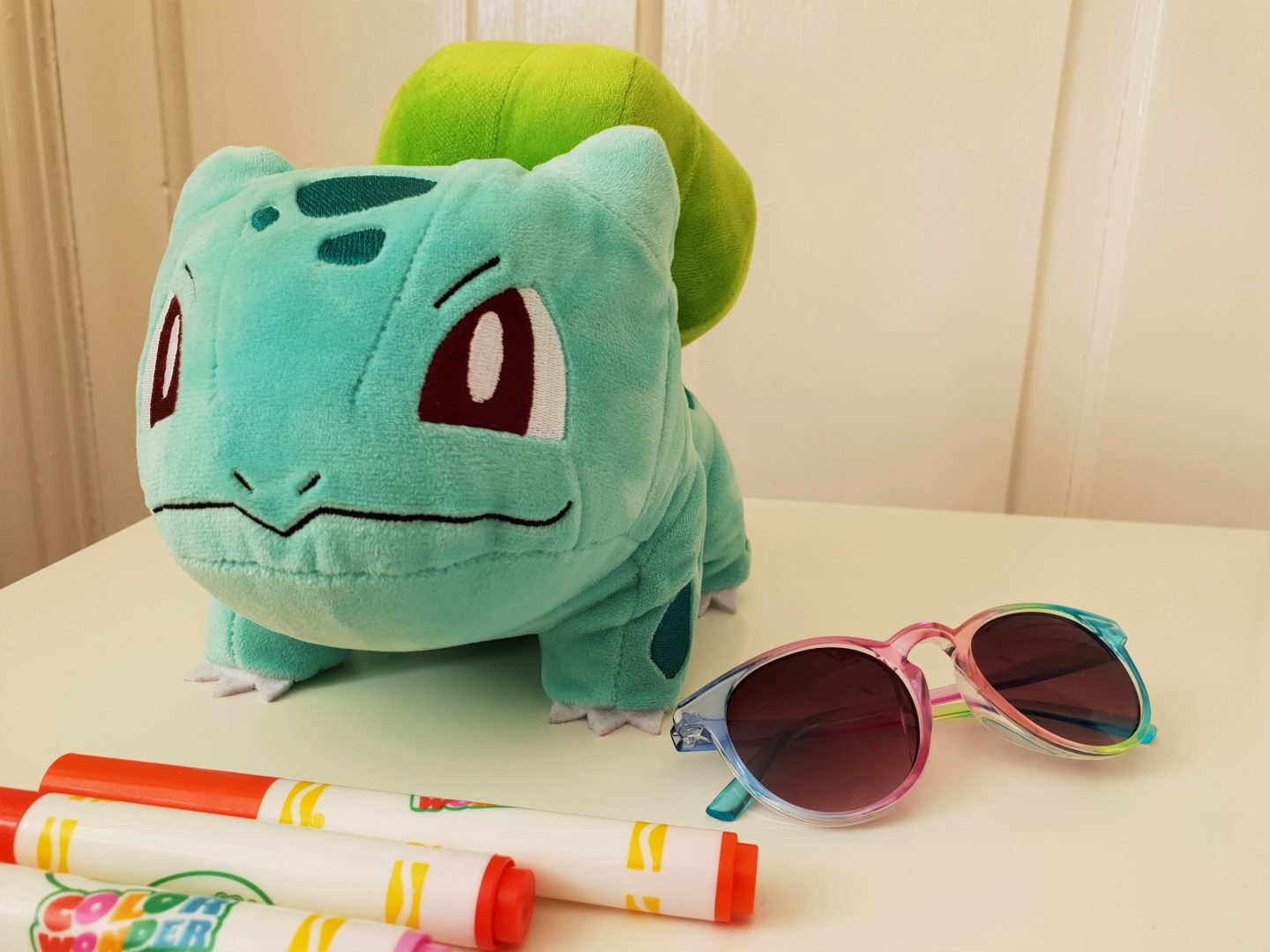 However, Autumn insisted on coming out of the pushchair to choose what else she wanted (uh oh!) It took quite some handling to get her away from the various cars and vehicles on display. 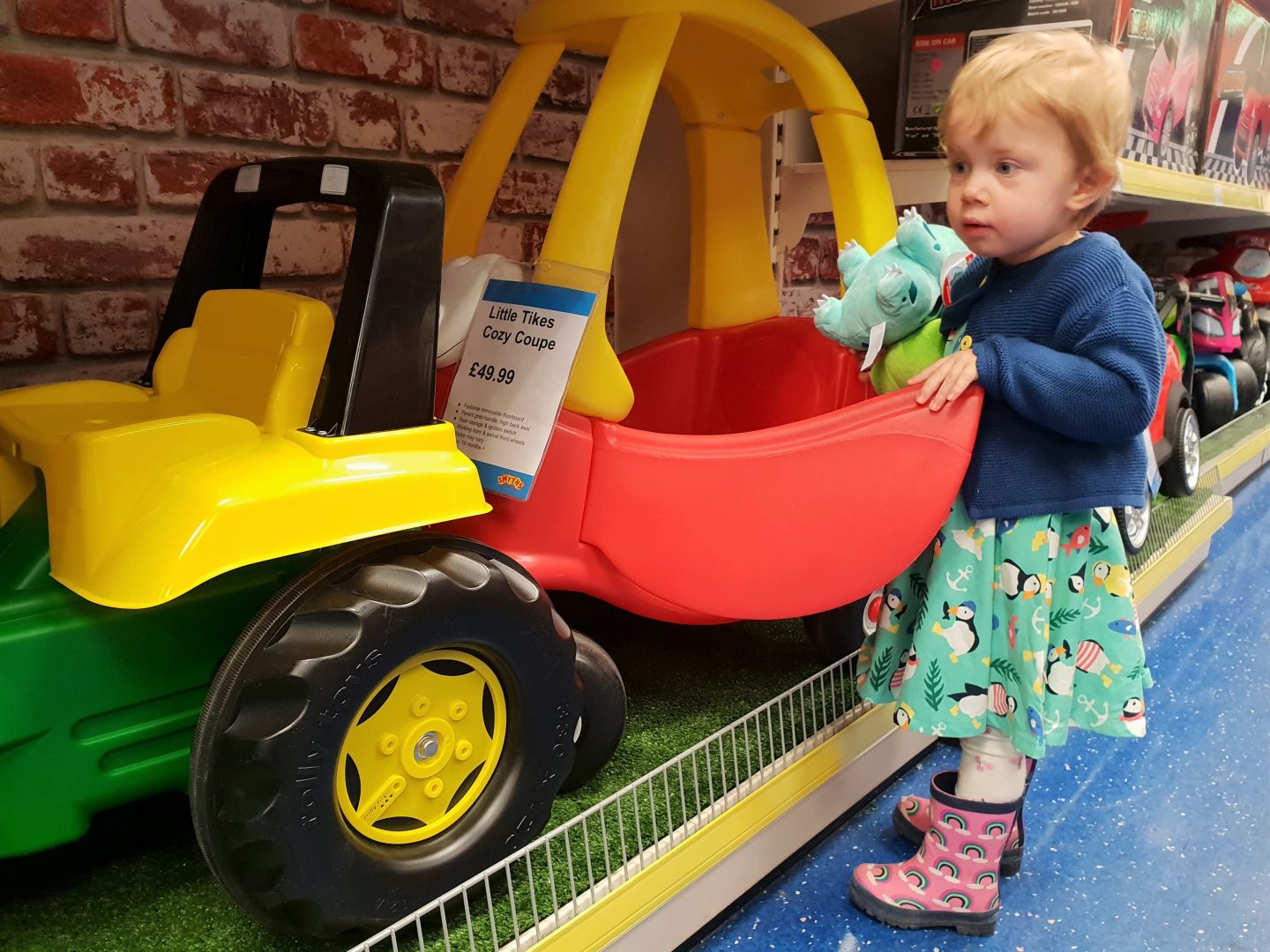 I don’t think she could understand why she could see them but not play with them. She had wanted a ball near them, which I tried to distract her with, although not to much avail. It was a fluffy one with a cute unicorn face and horn. This was appreciated more once she got out of tantrum mode again! 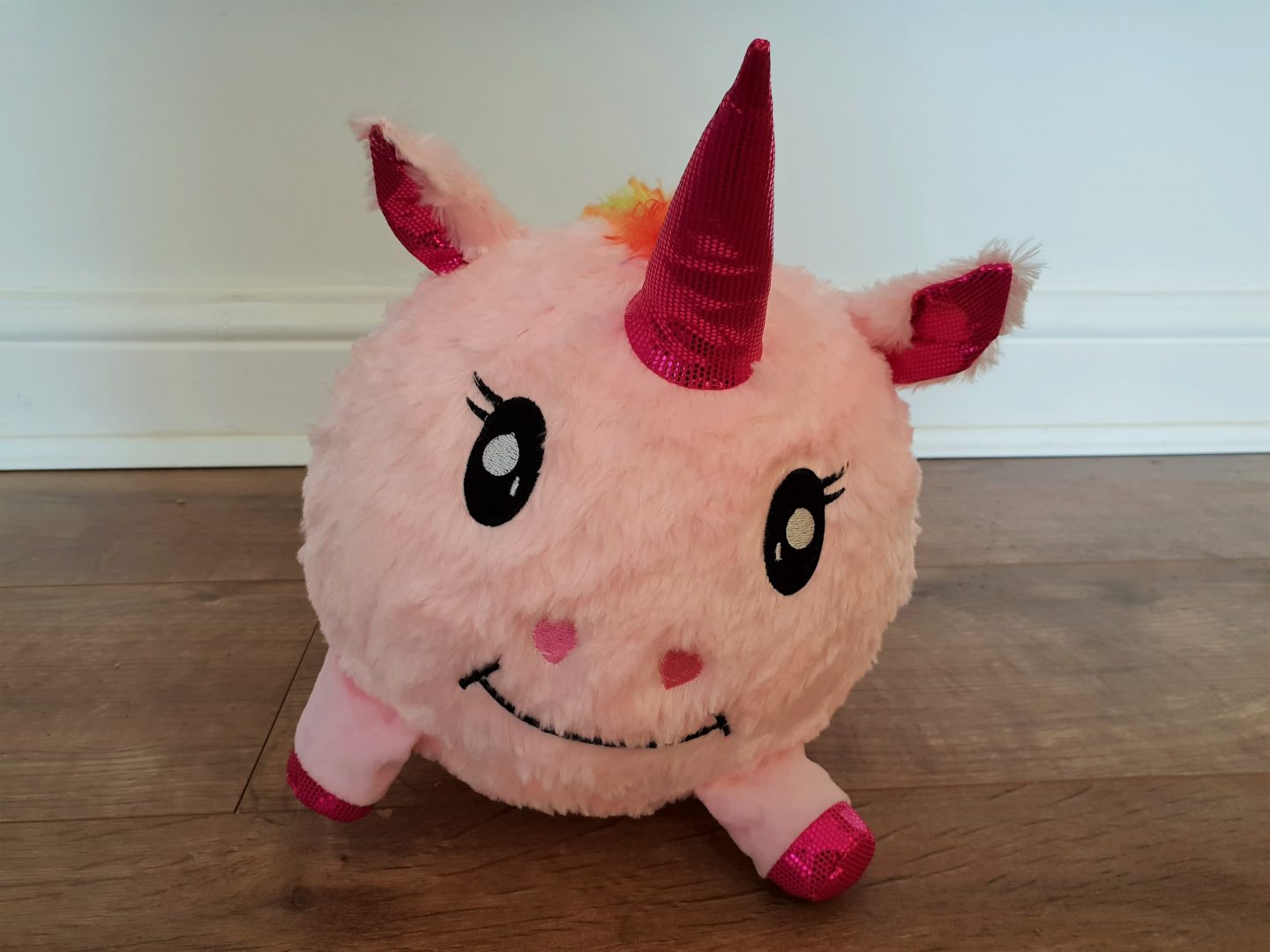 Finally, she chose the scooter she’d spotted at the beginning. There were lots of designs, but she really liked the Toy Story one! She’s been having so much fun riding it both indoors and outdoors! 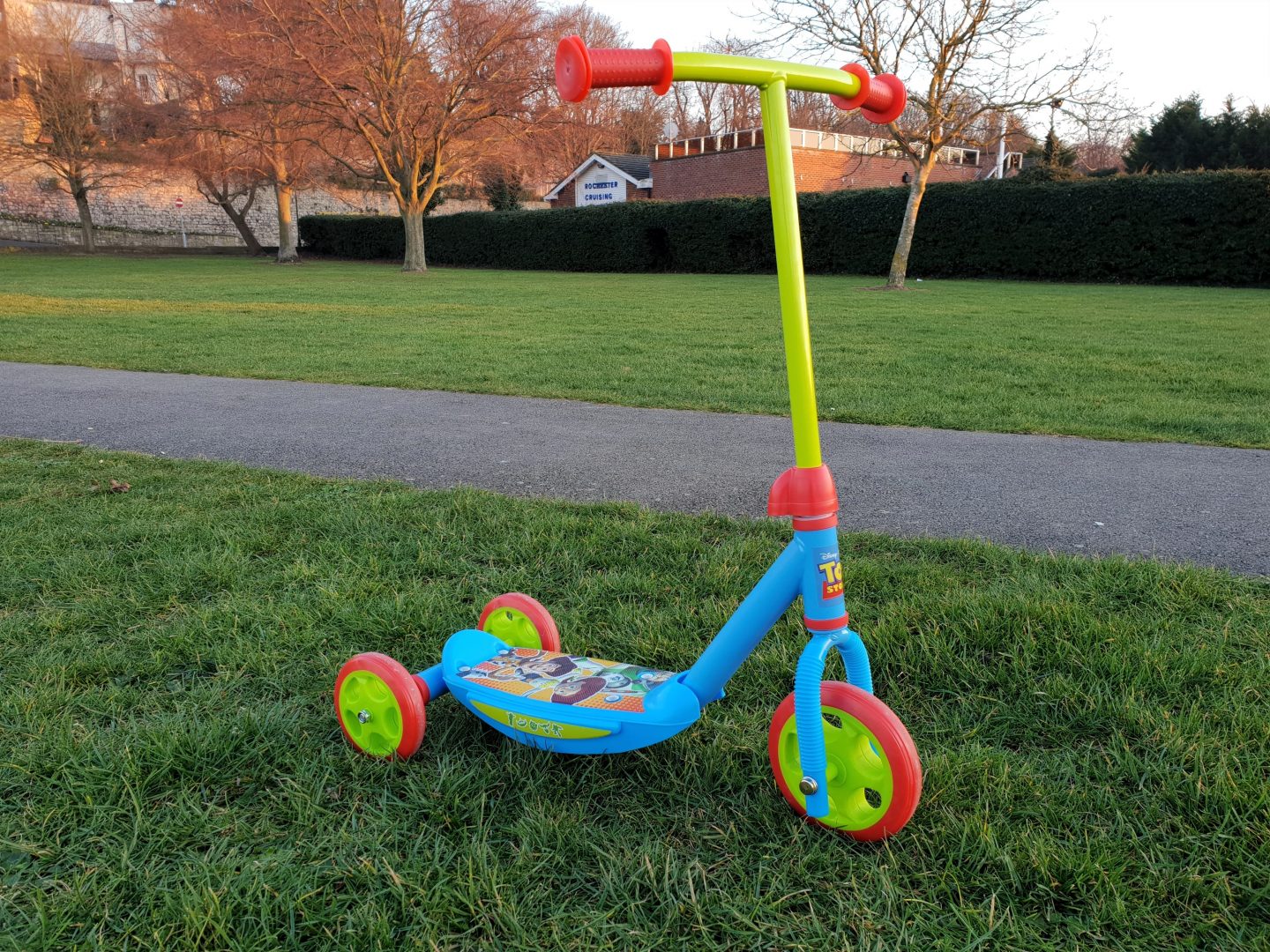 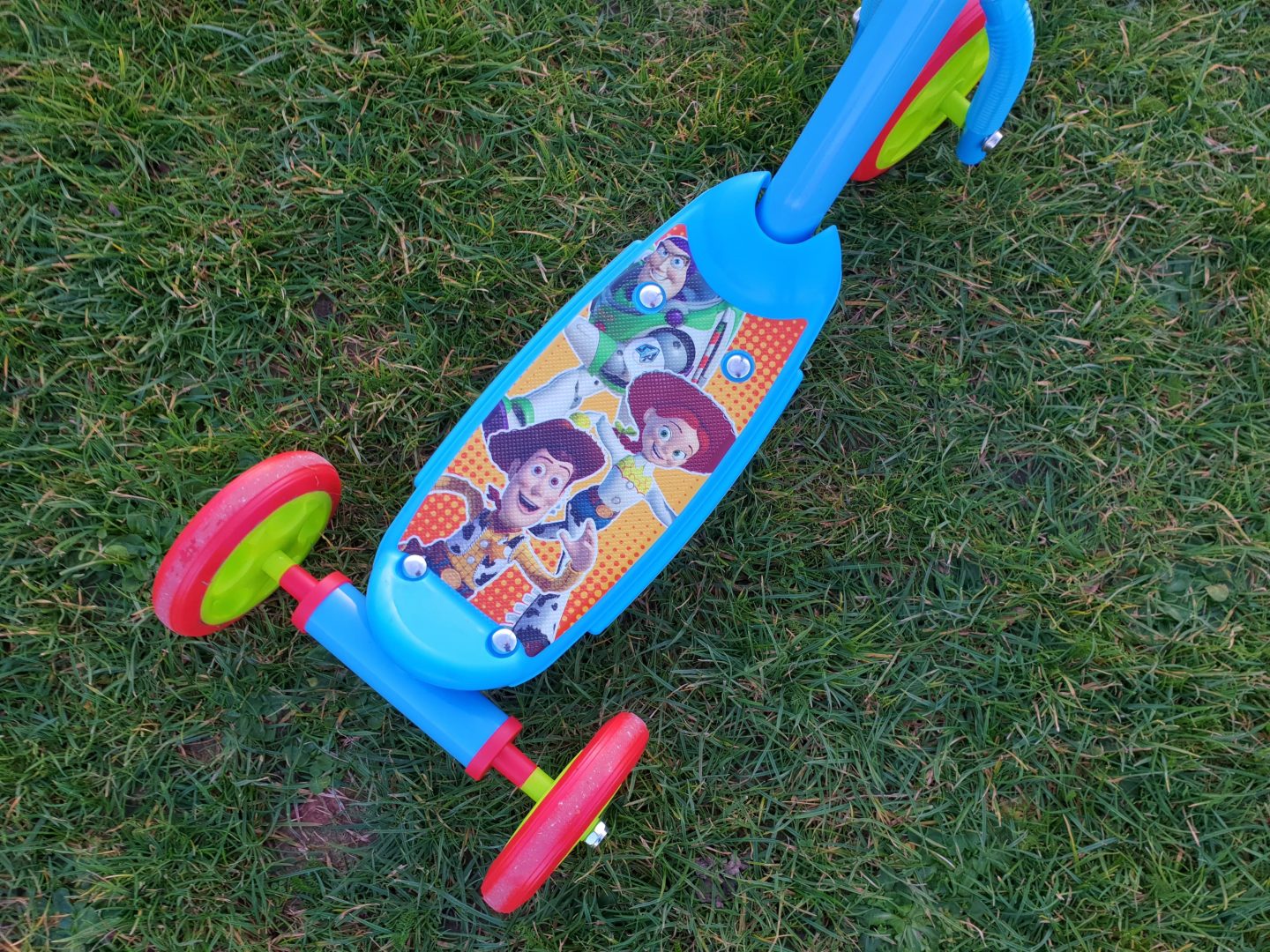 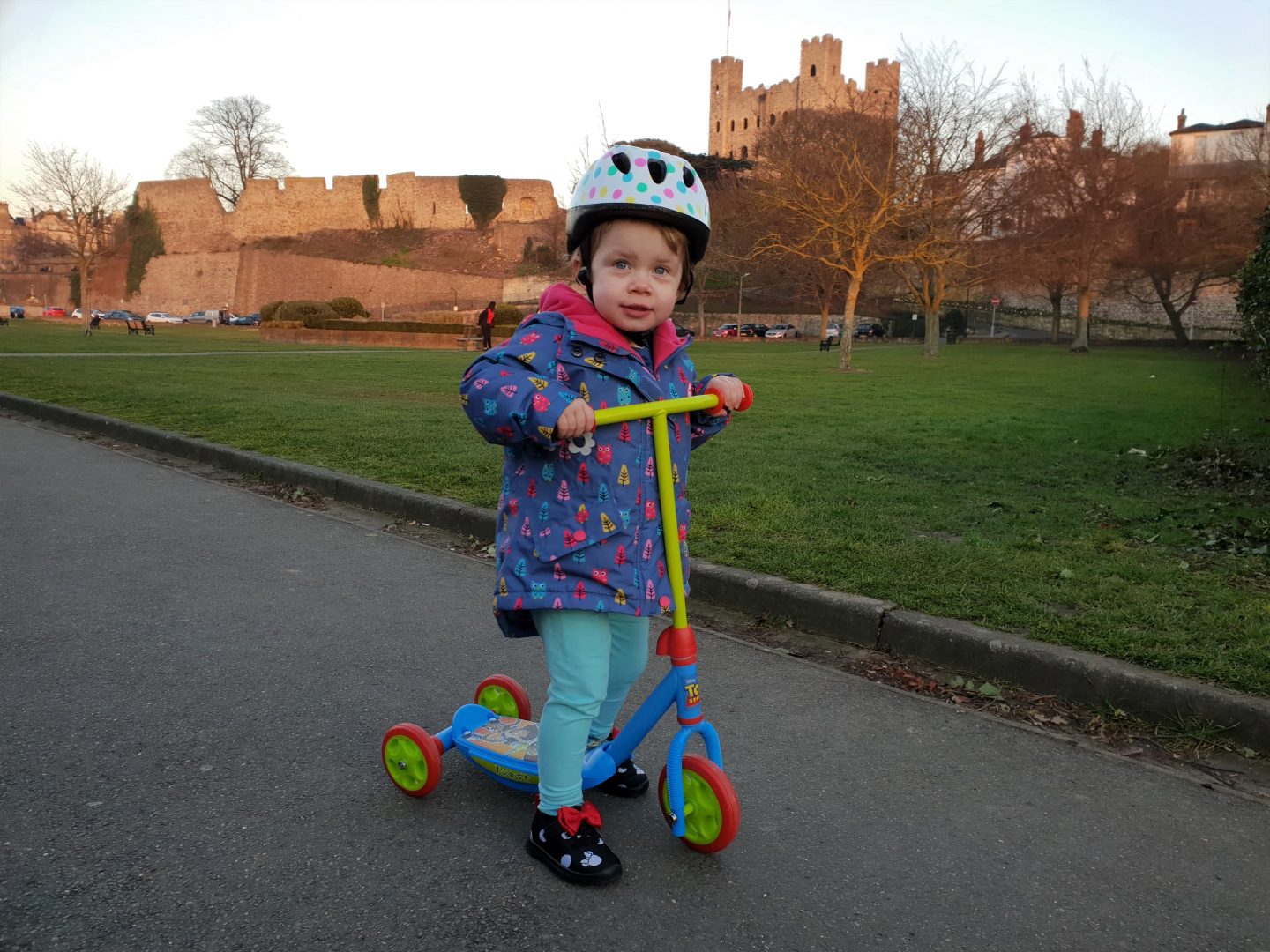 Looking at the time, there was still a little time to kill before we wanted to eat dinner. I could happily have looked around Halfords for a while, but we decided to go to Pets at Home to distract Autumn from the fact that she couldn’t use her scooter there and then. After all, Halfords sell scooters too, so it would have worsened the situation!

She had a lovely time waving at the guinea pigs and rabbits, saying hello. 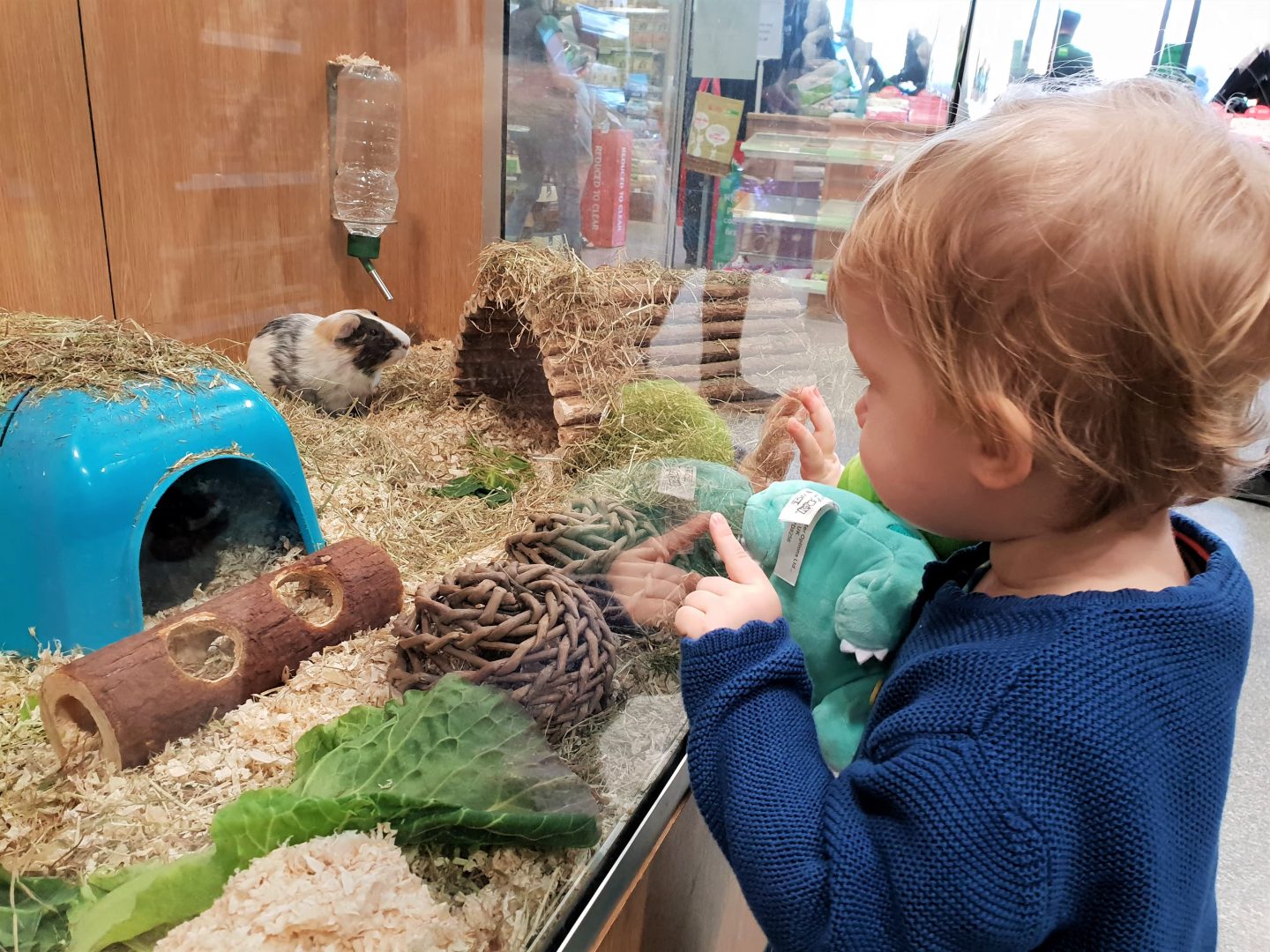 As we went through the cat food aisle, she was eager to point out the one that our cat eats. Then, last but not least, she watched the fish.

After our little detour, it was an appropriate time to eat dinner, so we ventured next door to Nando’s. It really is a beautiful, airy building which lets lots of light through. The decor is beautiful too and makes for a very relaxing environment. 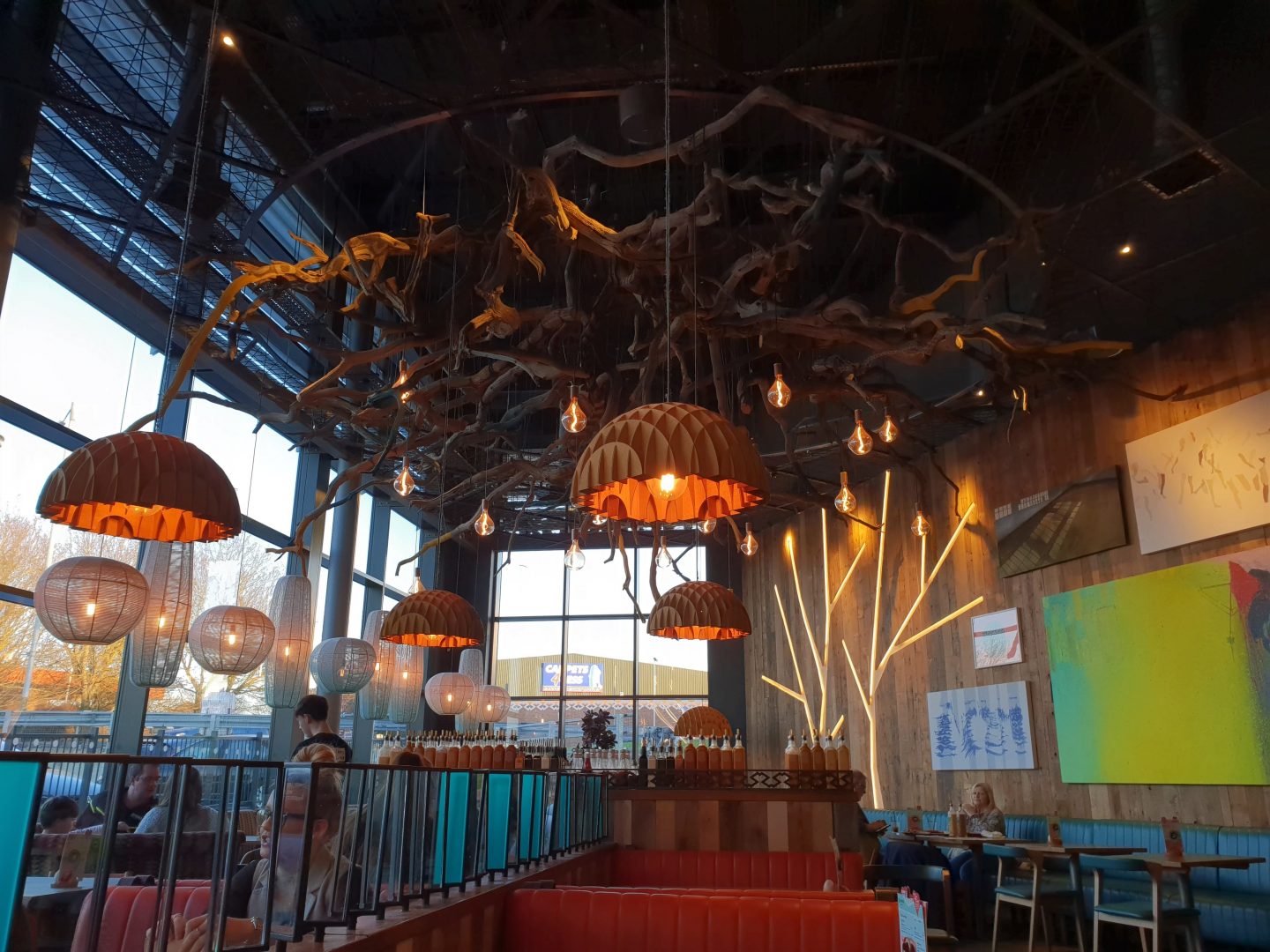 Autumn happily coloured away while Dave went to order our food. We had arrived at just the right time as our food arrived incredibly fast – and from about that point, lots of people flooded in!

Dave had a sunset burger and peri peri fries, which he said was very nice. 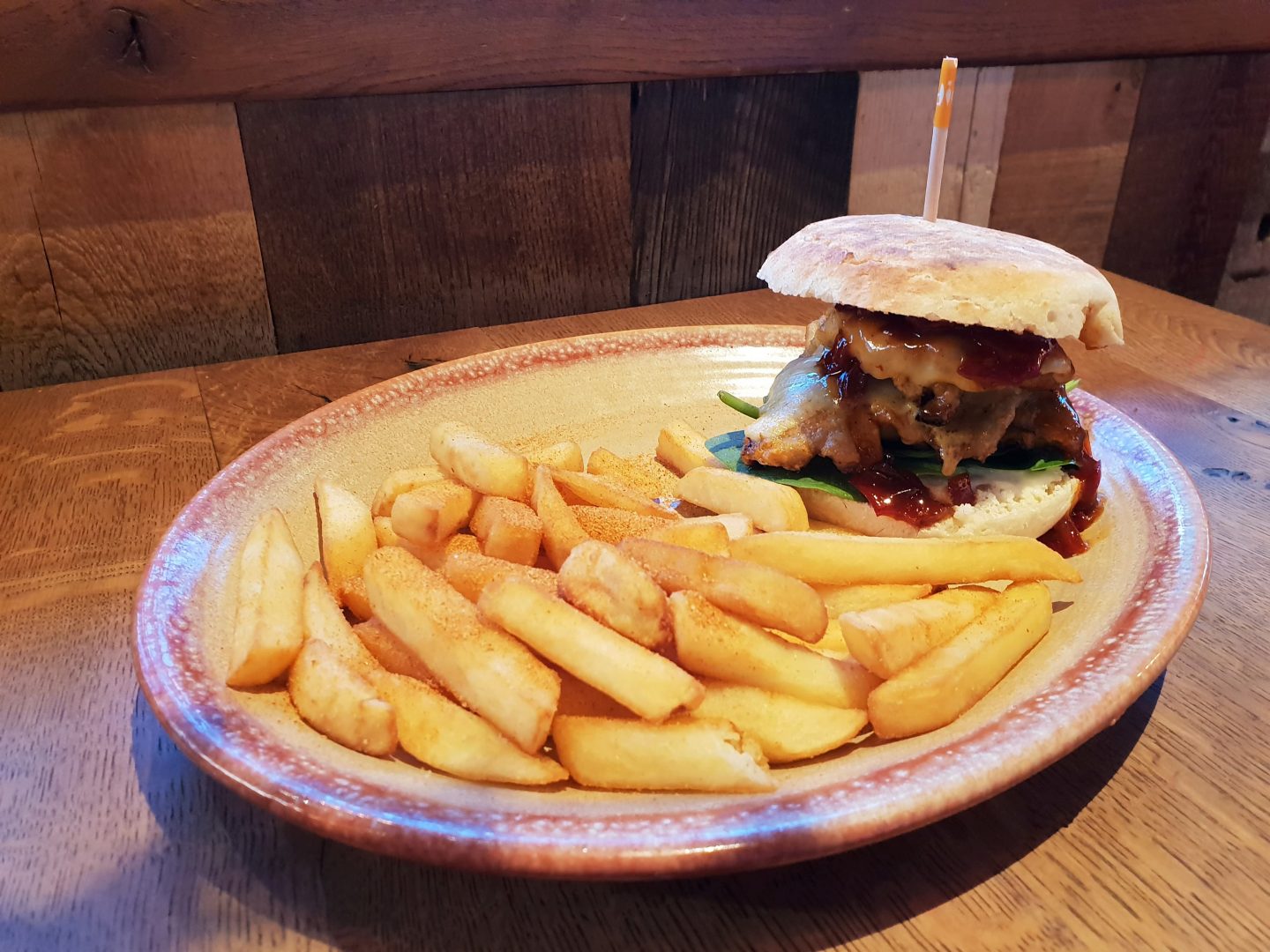 I had the halloumi and portobello mushroom burger that I always have with a side of peri peri fries. It was delicious; I could get addicted to those fries! 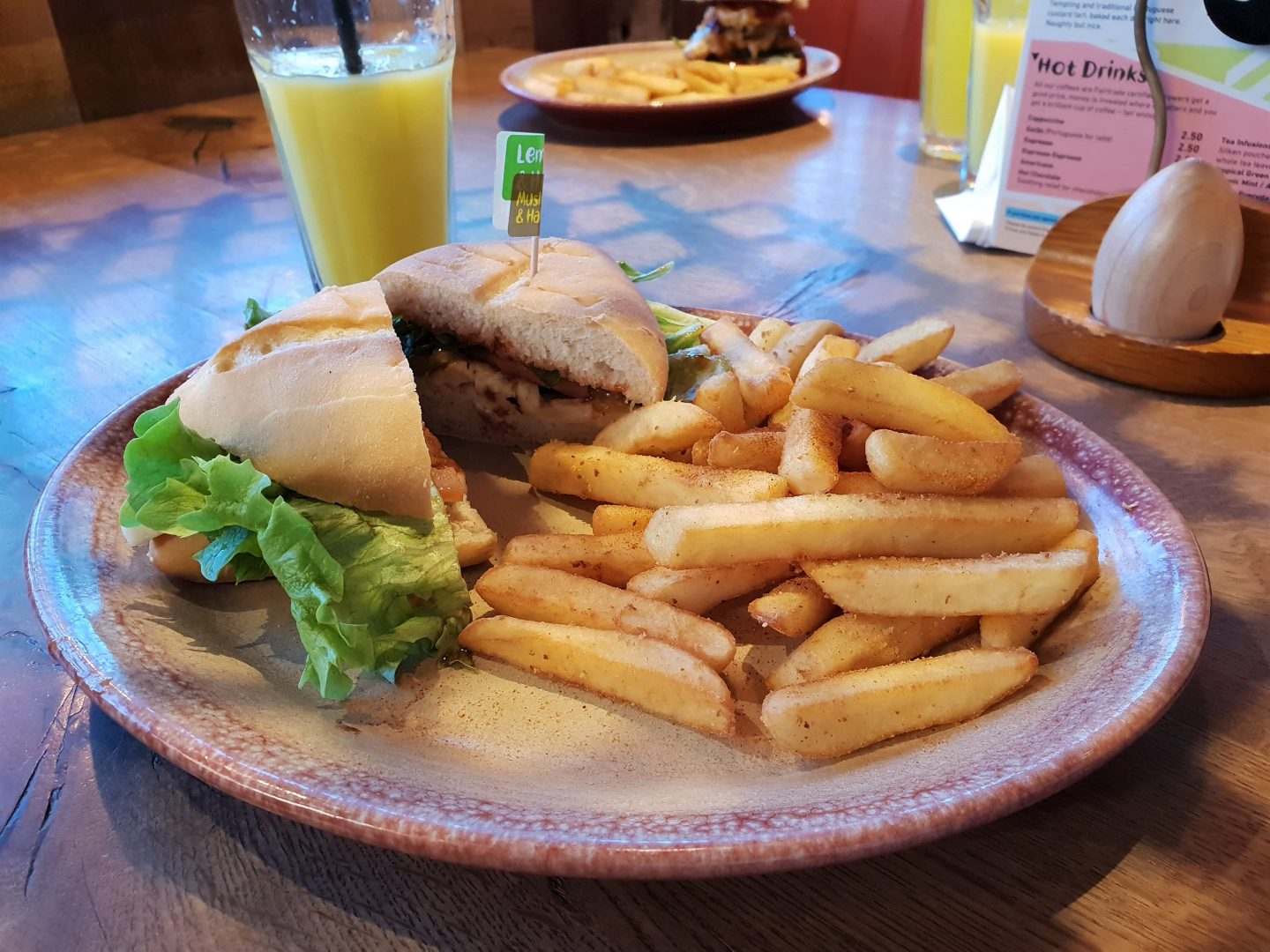 Meanwhile, Autumn had chicken strips and fries from the Nandinos part of the menu. She’s a bit difficult and fussy at the moment, but she did enjoy hers too after some convincing. 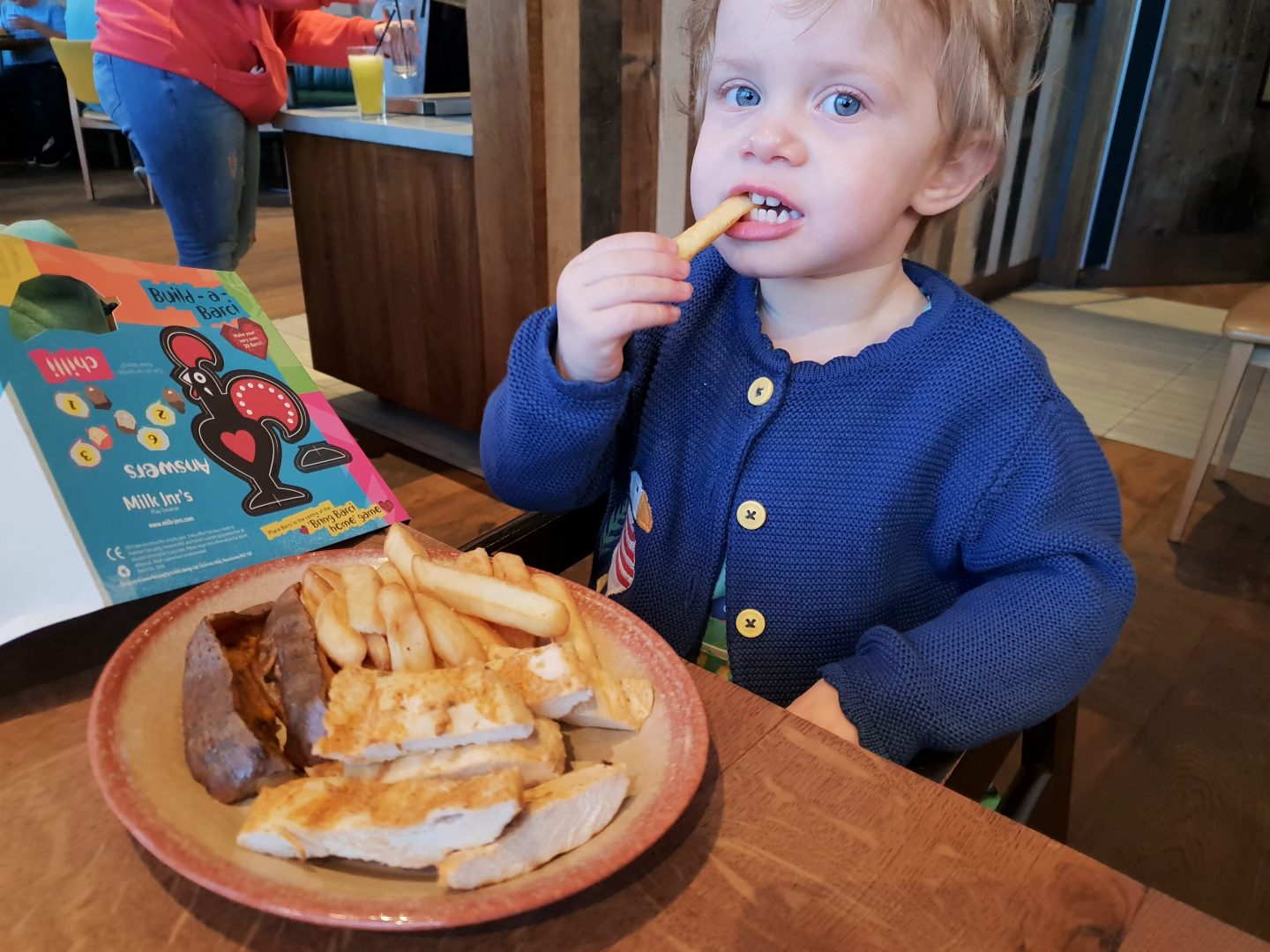 It was a great way to finish our family day out!

Disclosure: This is a collaborative post with South Aylesford Retail Park for which I have been compensated. As always, all views and opinions are honest and my own.