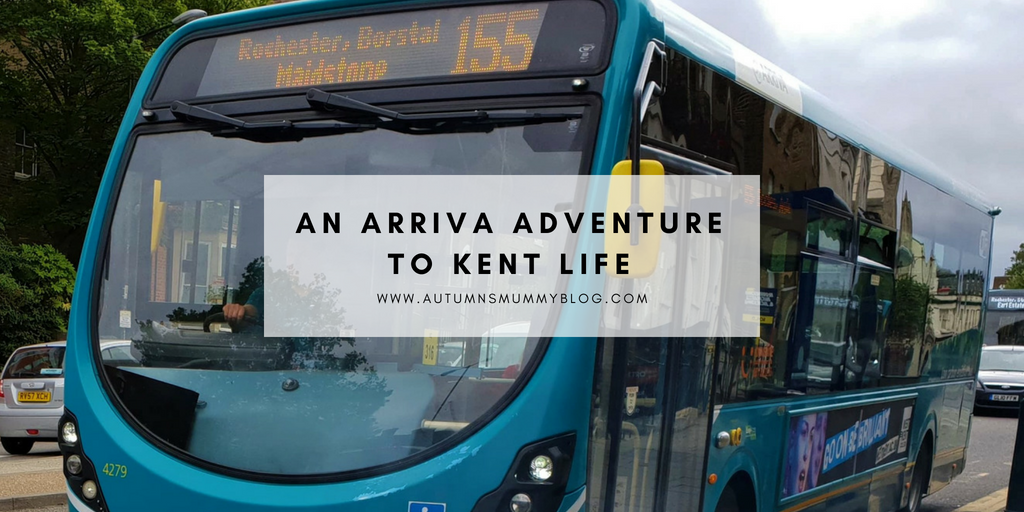 Catching the bus is a daily experience, usually taking people from A-B for work or school. How often do we think outside the box and go for a day out on one, though? Last weekend we decided to do just that and go for an adventure on Arriva’s 155 Chatham to Maidstone bus. We took Autumn to Kent Life, as she absolutely adores animals and we knew she’d have lots of fun!

We decided to catch the bus from Star Hill in Rochester as that was the most convenient stop for us. It was a Saturday and the traffic was travelling very slowly down the hill, so we were expecting that there might be a delay. Fortunately, I’d downloaded the Arriva app before we left home. I was able to see that it was in New Road in Chatham and it was only a couple of minutes behind where it should be. When we boarded, we bought a Family Saver ticket, which would allow us to travel on an unlimited number of journeys in a surprisingly large area! 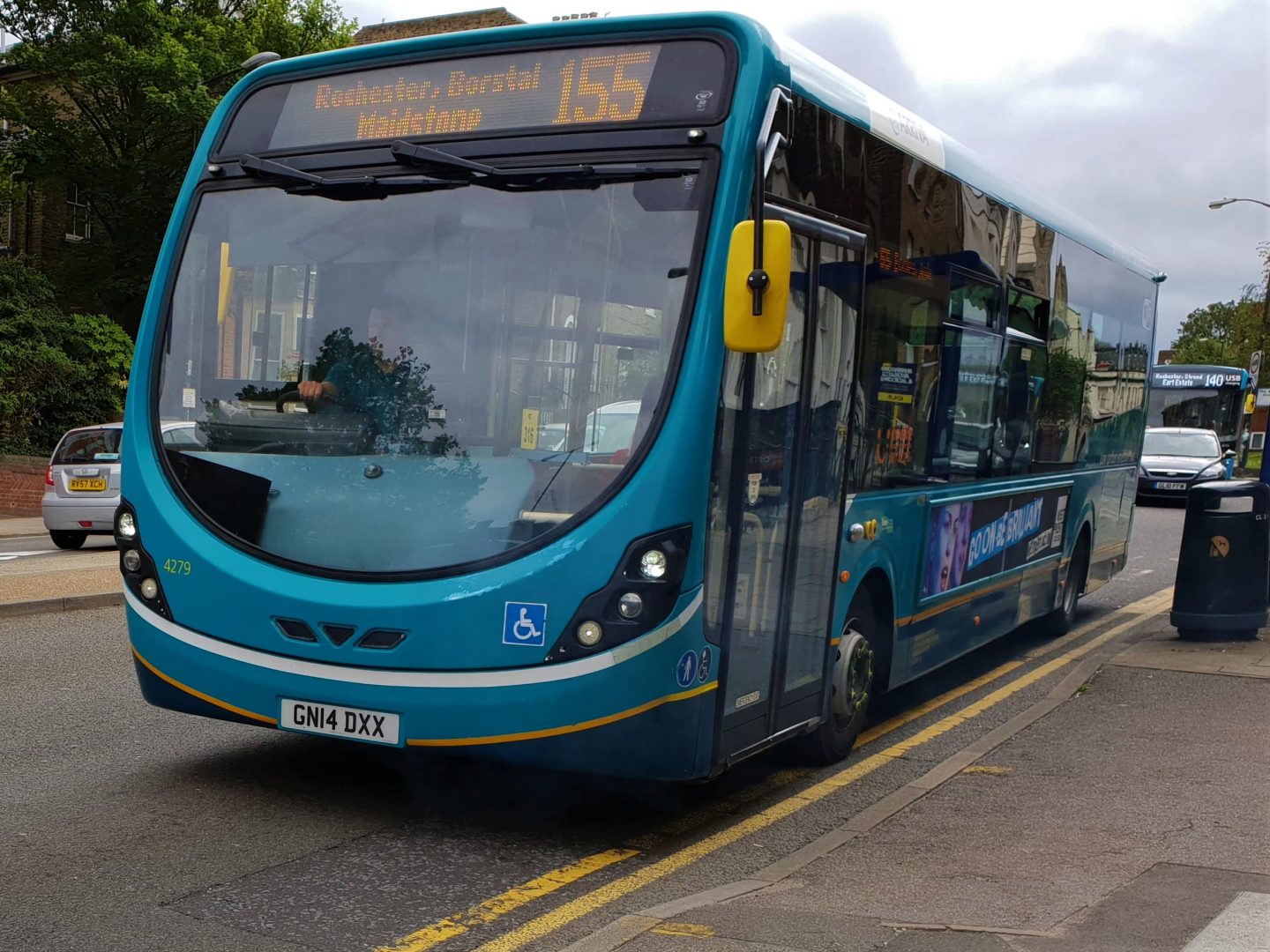 We quite enjoyed the journey there, winding through country lanes and villages. 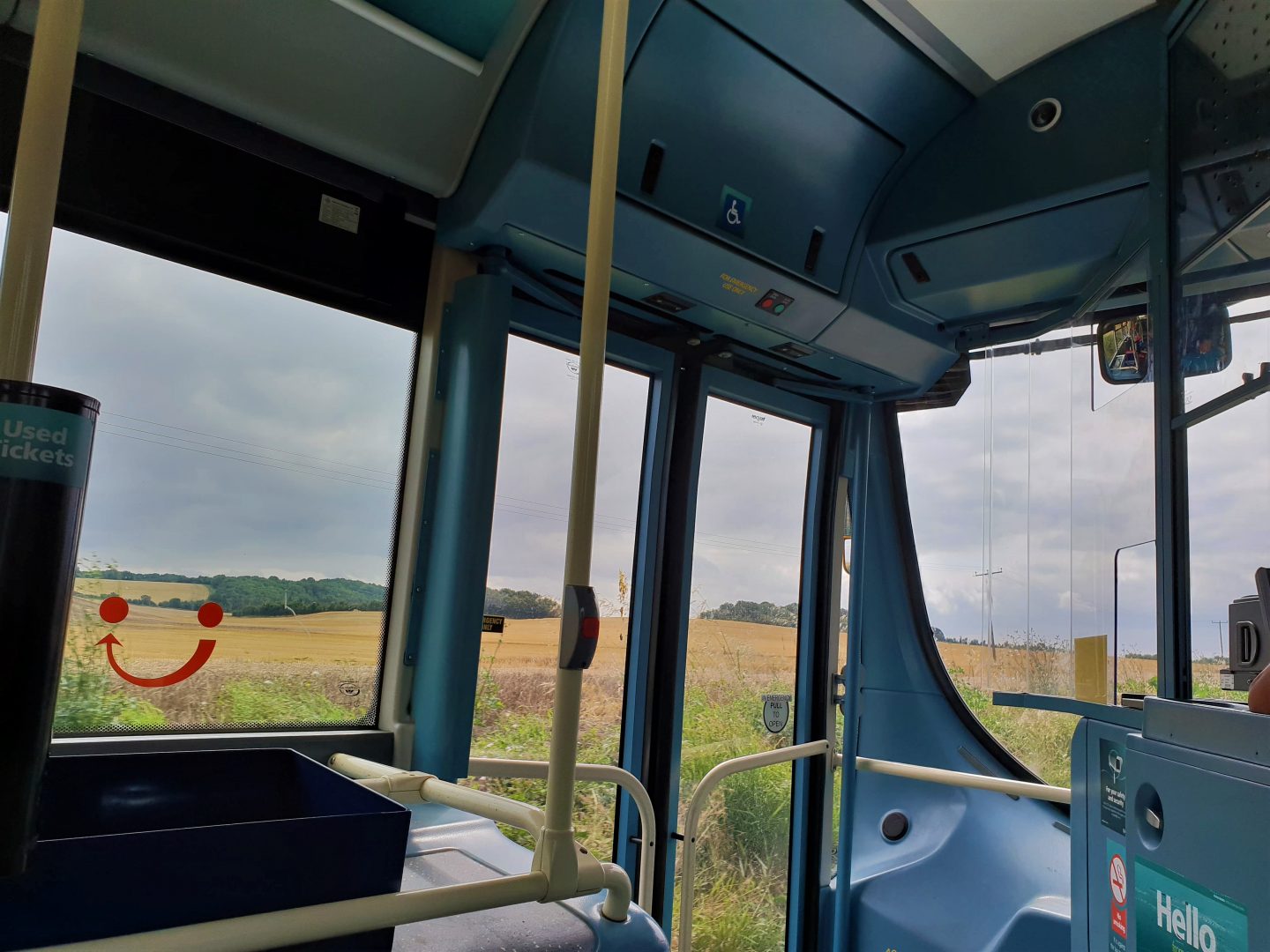 Autumn loves bus spotting, but I think she likes going on them even more. She really enjoyed watching people come and go as we stopped along the way. 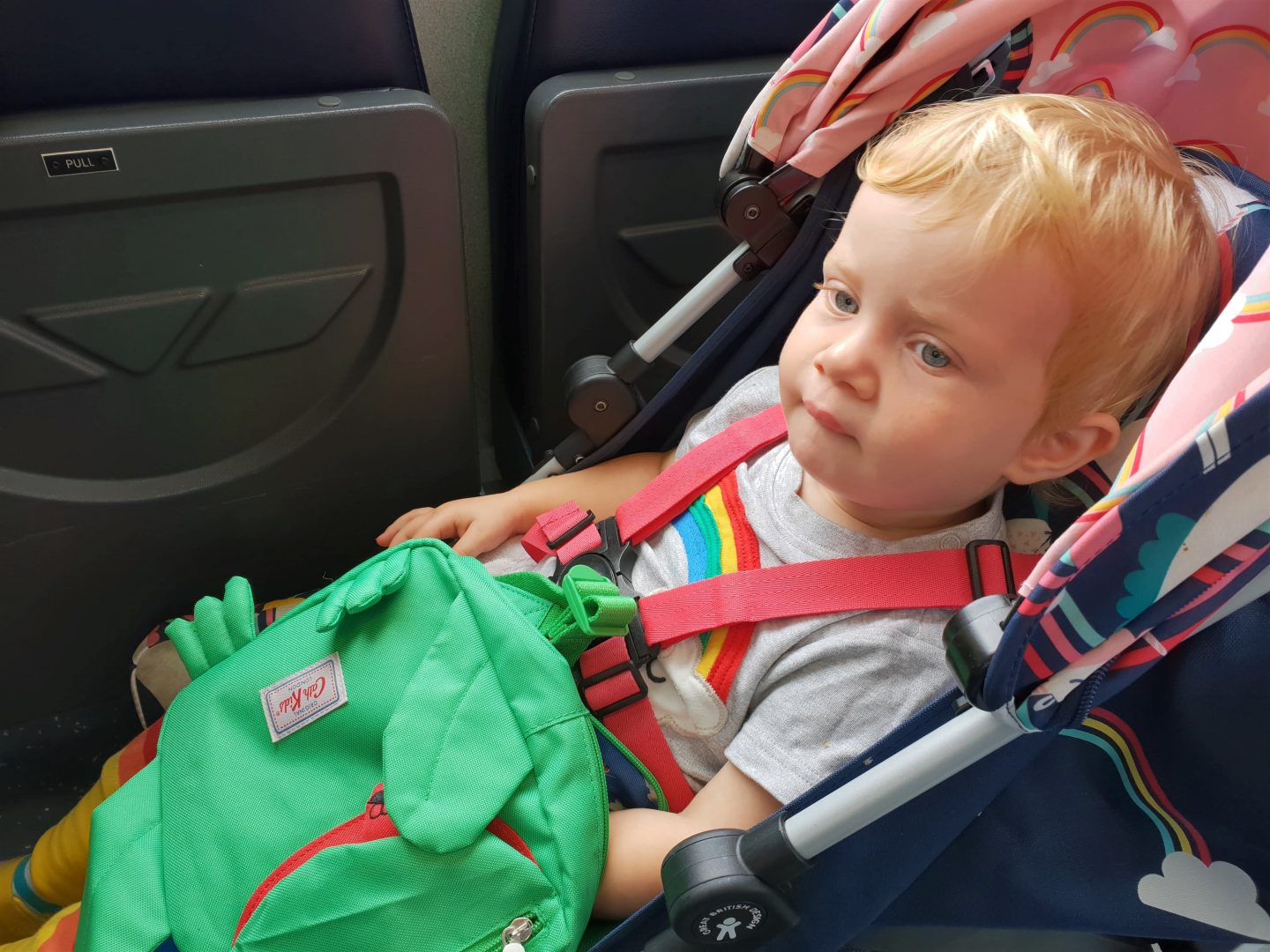 I was pleasantly surprised to find that there was a bus stop placed just outside Kent Life, so we didn’t have to walk very far at all at all. It only took about 3 minutes from leaving the bus to buying our entry tickets.

When we arrived, we were really hungry, so we had some lunch at Dotty’s Tearoom. I’m a fussy eater who doesn’t really like meat, but for once I was spoiled for choice! I settled on an Oastman’s Platter, which had the most delicious Kentish cheddar cheese. Autumn had a lunchbox, which she enjoyed. However, her favourite part of lunch was watching wedding guests being brought up the hill on a tractor and seeing the land train go by! She kept giggling, waving and saying “Choo choo!”

After lunch, we went to cuddle corner to see the animals there. Autumn was delighted to stroke a guinea pig on her lap. 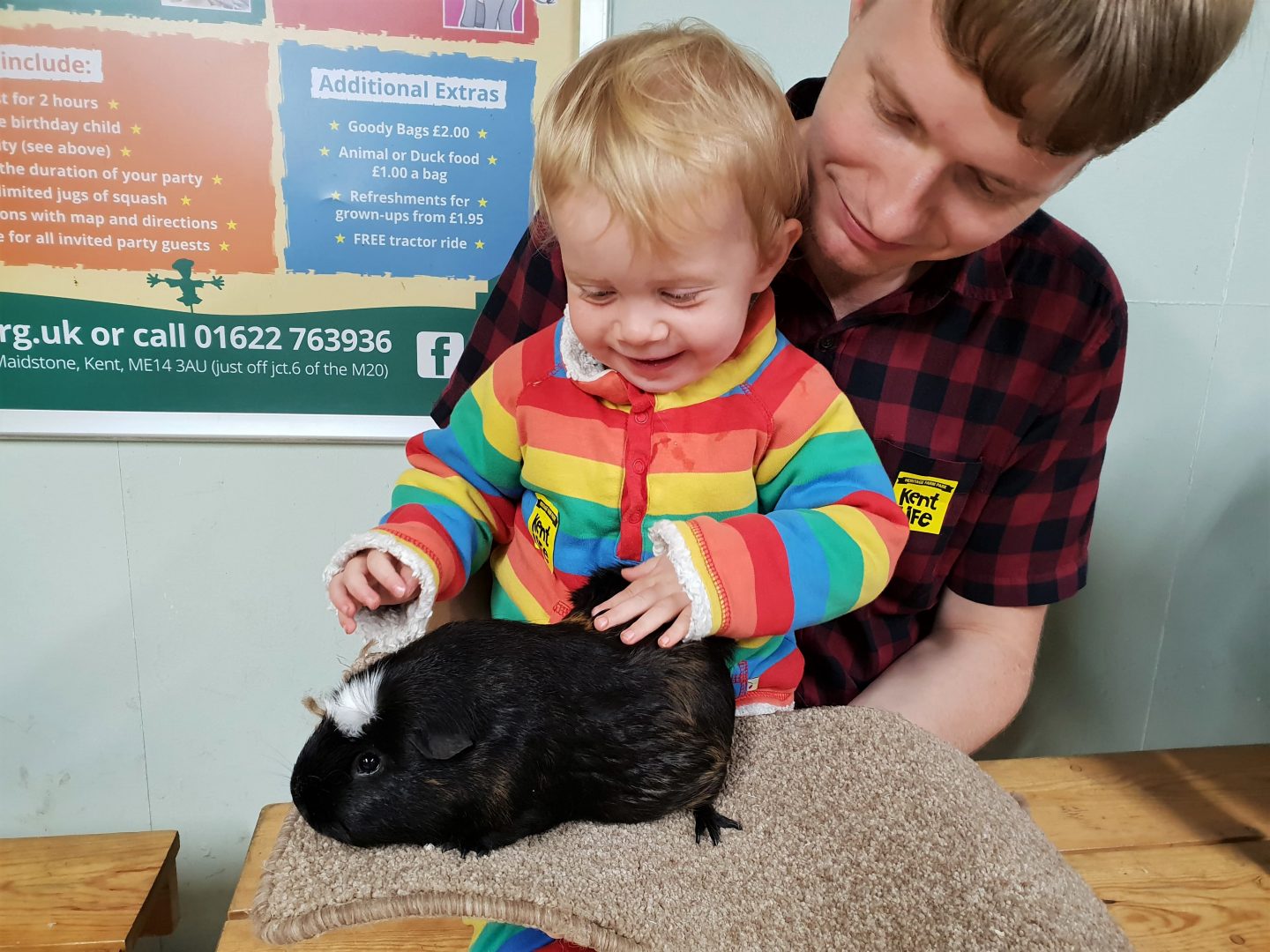 We then went over to Kent Owl Academy to learn more about owls and watch a barn owl in flight. The owls and other birds of prey they have are wonderful and it was great to gain more knowledge. I’m looking forward to returning later in the year for an experience day! Unfortunately, Autumn wasn’t quite as enamoured as me, so Dave took her over to the playground.

Autumn had lots of fun on the playground, going down the slide shouting “Wheee!” and crawling through the tunnels. 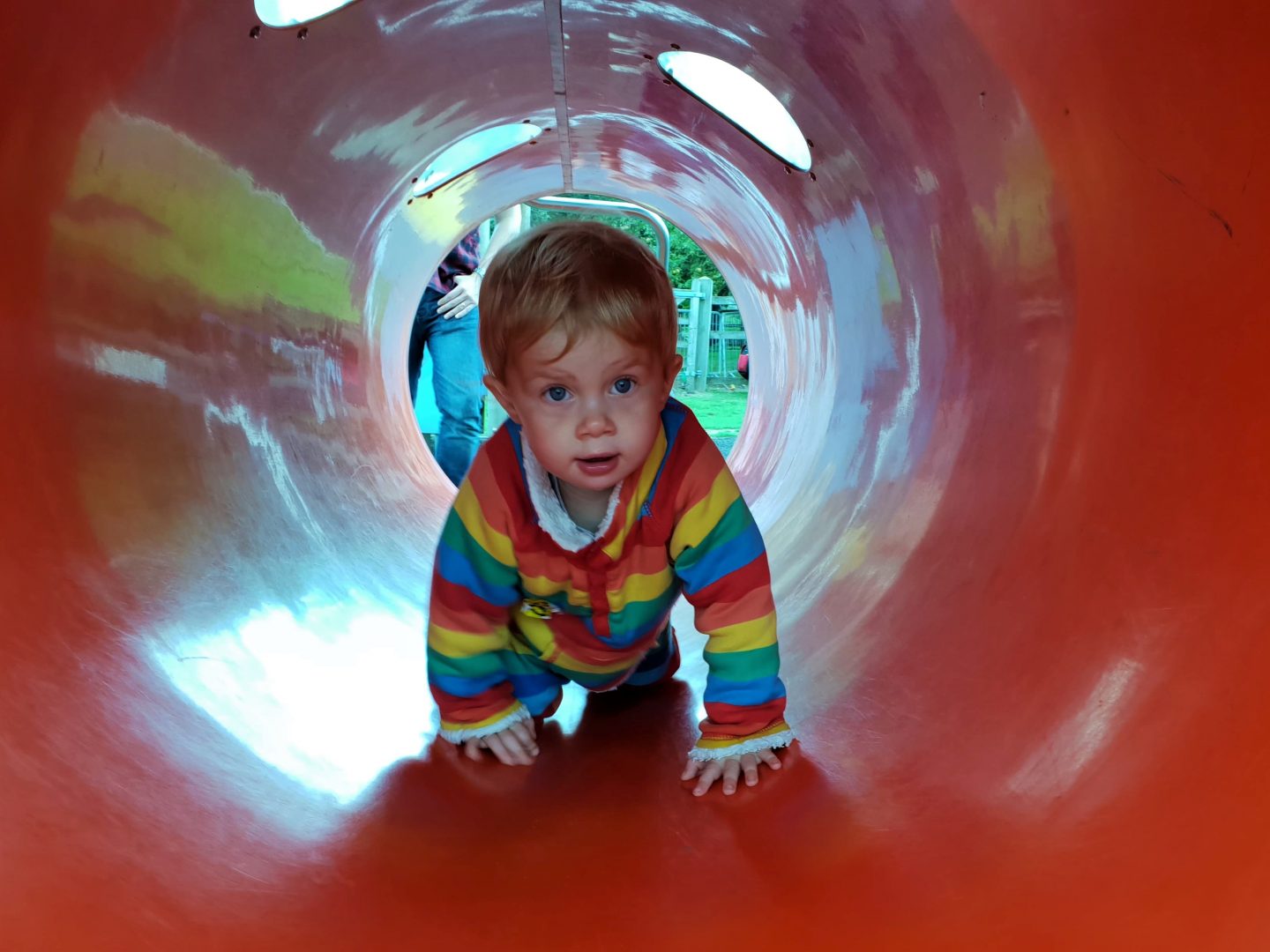 There was only one way I was going to ever get her away from it without a meltdown…bribe her with the ‘choo choo’. We got to the train stop just in time and Autumn was so excited to get on it! The ride lasted around 5 minutes and we saw various animals as well as some of the countryside at Kent Life. Once that was finished, we went to the farmyard and looked at the animals there. Autumn was delighted by a goat nuzzling her hand and was fascinated by the pigs and chickens. 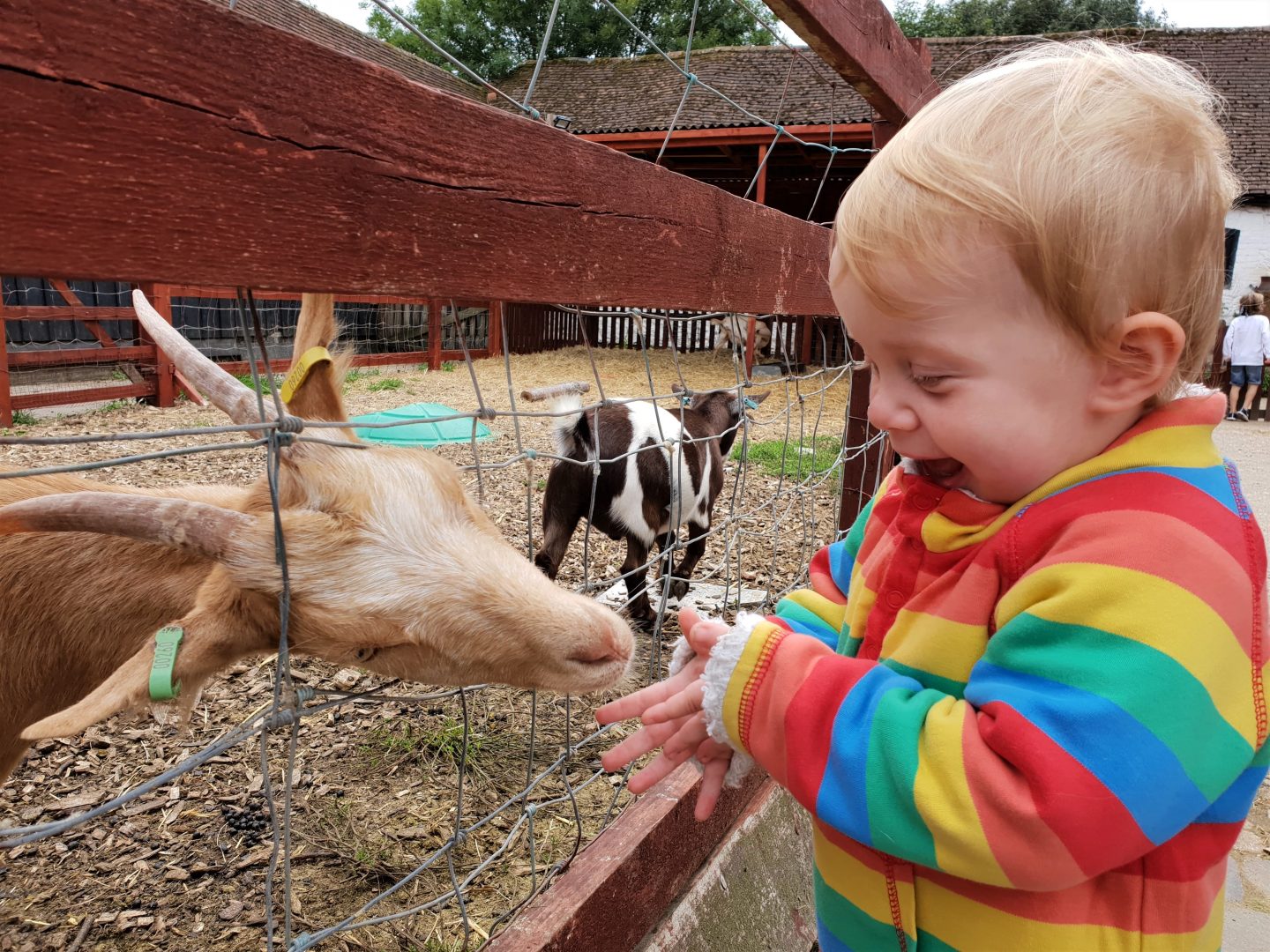 What she enjoyed most, however, was helping me to feed the sheep! There are lots of historical elements to Kent Life, but we didn’t visit any of those on this occasion. 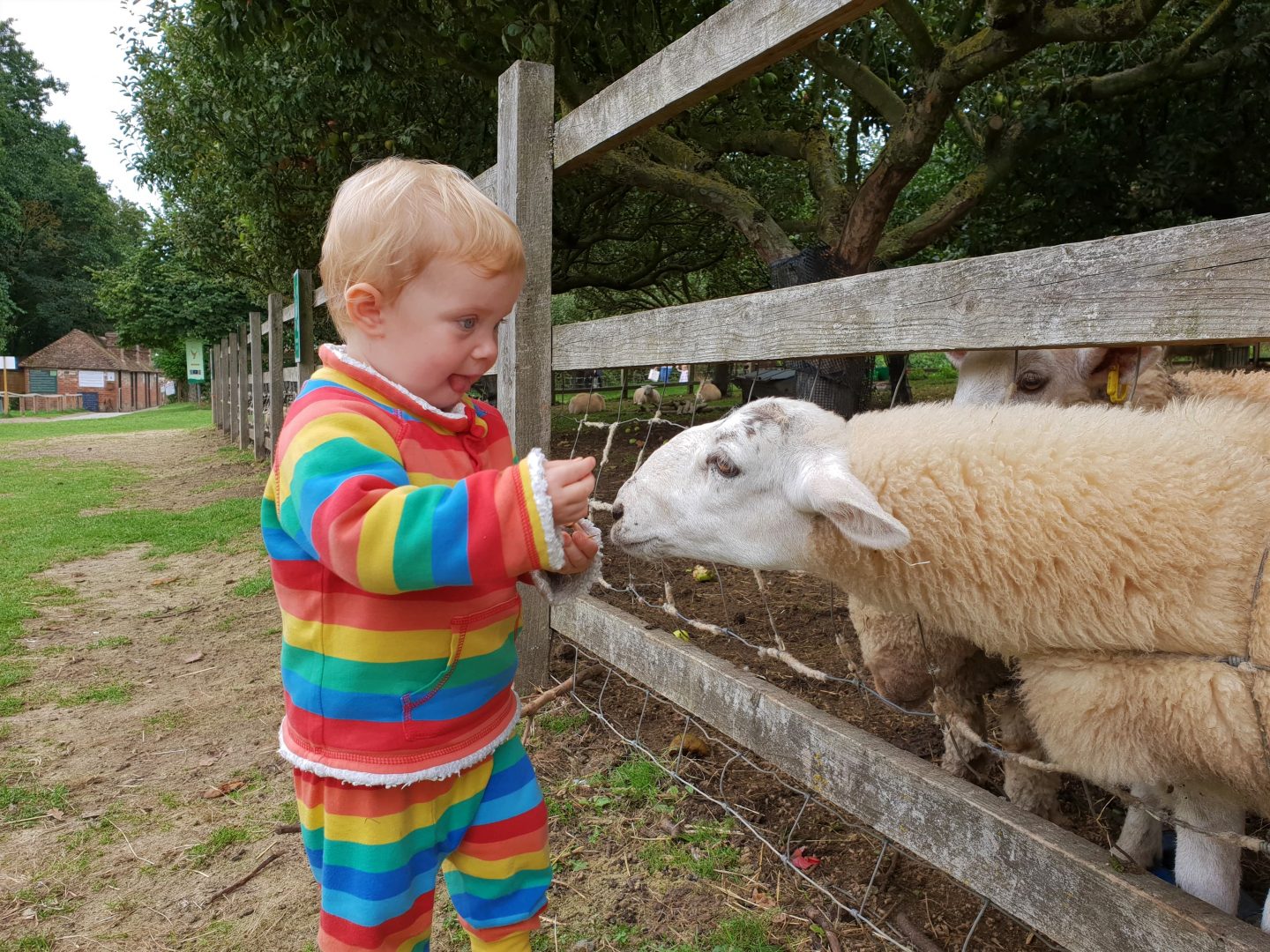 The gift shop is relatively small, but good. There is a selection of local produce, sweets, cuddly toys and ornaments. Autumn chose a couple of cuddly toys and, thinking ahead, I bought some bubbles to entertain her at the bus stop.

We rushed to make sure we got to the bus stop with a few minutes to spare before it was due, just in case it arrived early! However, we waited a few minutes and there was no sign of it. I checked the app on my phone and it said that the 155 was running thirteen minutes behind! Autumn gets pretty grouchy waiting at bus stops, so I decided to walk up to the bridge over the motorway to look at the cars and lorries with her. We stood there for a few minutes, then walked back to the bus stop. There, I started blowing bubbles to entertain her. The cuddly toys from the gift shop and waving at lorries helped too. 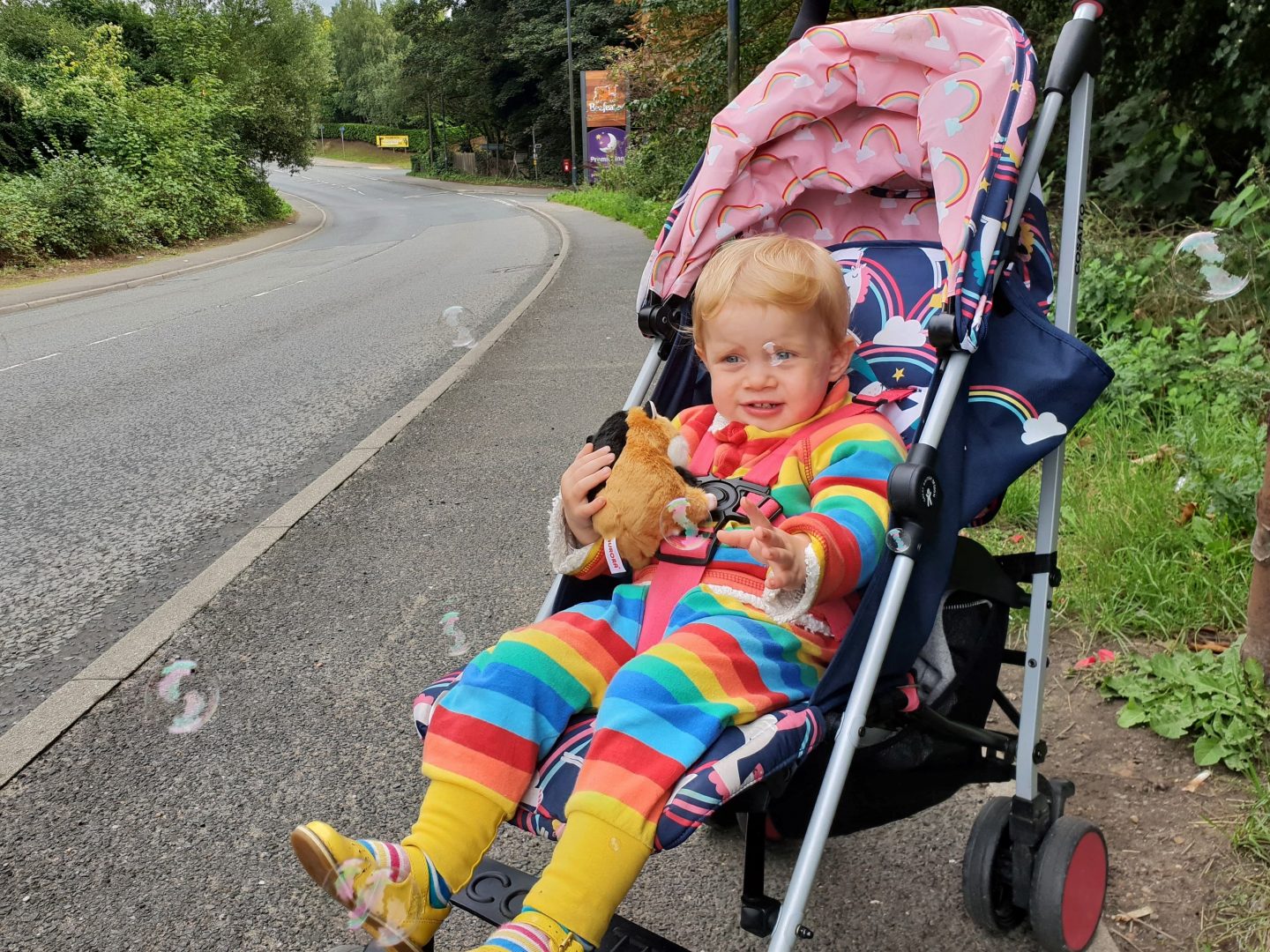 When the bus arrived, the driver was very nice and extremely apologetic. Fortunately, the journey home was very quick in comparison to the journey to Kent Life as the bus was virtually empty and we barely needed to stop. I did notice a sign in Wouldham asking locals to write about how the bus service isn’t adequate for the village and is often late, so perhaps 13 minutes late isn’t out of the ordinary on this route. However, we did have a very pleasant day out and luckily this didn’t impact our day negatively as we weren’t short on time.

Disclosure: This is a sponsored post in collaboration with Arriva. As always, all views and opinions are honest and my own.