Getting my first tattoo

I’ve had ideas about what tattoos I’d like since I was a teenager. However, I only got my first tattoo couple of weeks ago, the day after I celebrated my 27th birthday. Hopefully if you’re thinking of getting your first tattoo, this post will help you to find out what to expect.

The song Mountains by Biffy Clyro has always had a lot of meaning to my husband and I. For years we’ve toyed with the idea of me having the sea and him having mountains. However, money was always short or we just wussed out of actually having it done. Nevertheless, we’d had a look online at pictures of mountain and sea tattoos to get inspiration.

I know some people have tattoos on a whim, but I am one of those people that really thinks about everything. For the moment, I’d only like to have tattoos that have a special meaning to me. I don’t have anything against people who have things randomly done, but it’s just not for me personally. As such, it’s sensible for me to spend at least a year or two to think over a design. Hopefully, by doing so I’ll be happy with it for years to come and not regret it!

Over the last year or so I’ve been more serious about the idea of getting them done. I was originally going to book it in for our 10th anniversary last summer. However, I wussed out again. Also, we went on holiday to Bluestone in June and to Cornwall in August, so money was a bit tight!

It was at Christmas with no idea what to get him that I decided to book it in as a gift for our 10th Christmas together. Fortunately, the date was quite close, so it didn’t really give me much time to overthink about it too much!

When we booked in for our tattoos, we sent pictures we’d found on Google to the studio as inspiration. We made sure that we had food and drink to take with us, as well as our ID. I often get asked for ID, so I thought I’d better take my driving license to be on the safe side!

I arrived at the studio first, as Dave dropped Autumn off to my Mum. Sitting down, I discussed the design I wanted and placement with the artist. I looked at her sketches and said what I wanted to change. She set back to work on it again until we reached a design we were happy with. Part way through that, Dave turned up. She’d already put together a design for him, which he already liked.

Our artist printed off the designs in different sizes so that we could place them on ourselves and see what they would look like. Once that was decided, the design could be printed off properly before being applied to my leg as a guide to be tattooed over. At this point, it was just an anxious few minutes of waiting for my artist to get everything set up for me to get inked!

My artist knew it was my first tattoo, so she talked me through it and only did a tiny bit at first. To me, it felt a bit like a cat digging its claws into you. For the most part, you soon get used to the vibrations and the pain, unless it reaches slightly more sensitive parts. I had my thigh tattooed, which isn’t the most tender area to have done. It was probably a good choice for a first tattoo!

I enjoyed watching it done, it was exciting seeing each new line appearing. When we got onto shading, it barely hurt at all. It was just like having a crayon rubbed on my leg. Once it was done, I had clingfilm taped onto it and was instructed to leave it on for two hours.

I was really pleased with my tattoo and am looking forward to the summer when I can show it off. Of course, the healing process takes a while and that isn’t quite done yet. As such, I’ll be writing another blog post about that side of things in due course! 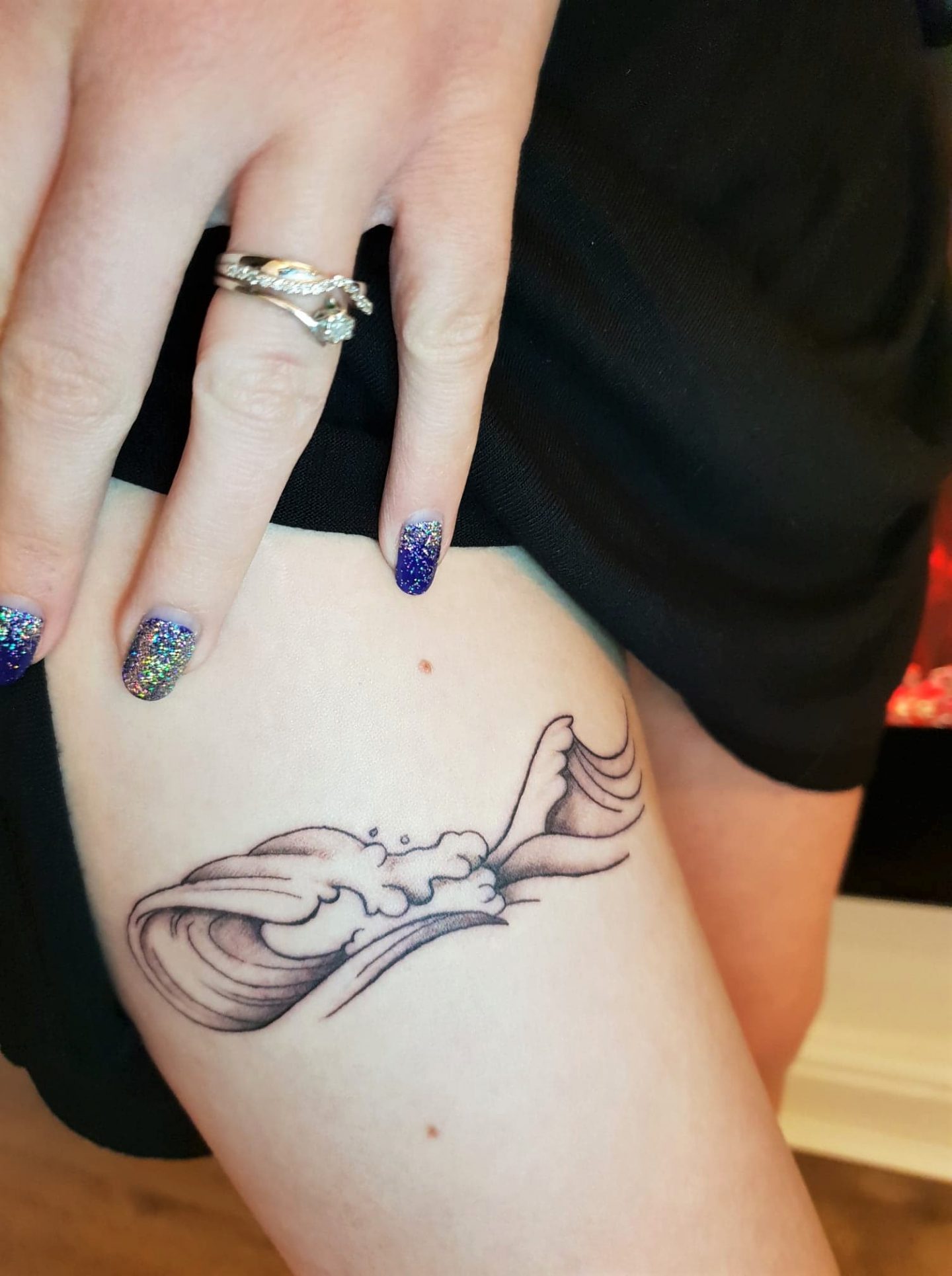 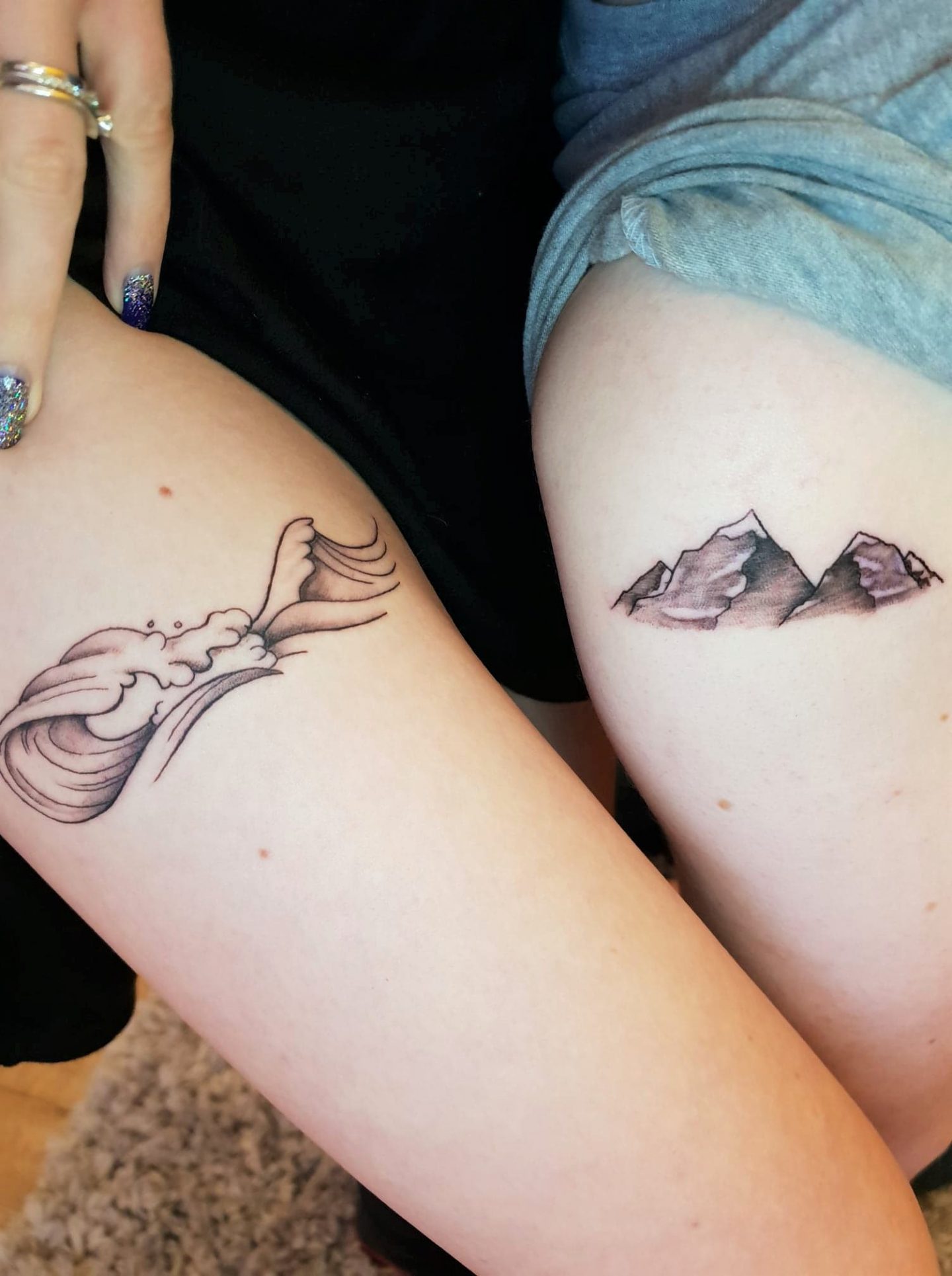 Are you thinking of getting a tattoo, or have you already got one? Talk to me about your placement and design!

The Little Book of Dior: Review and Giveaway