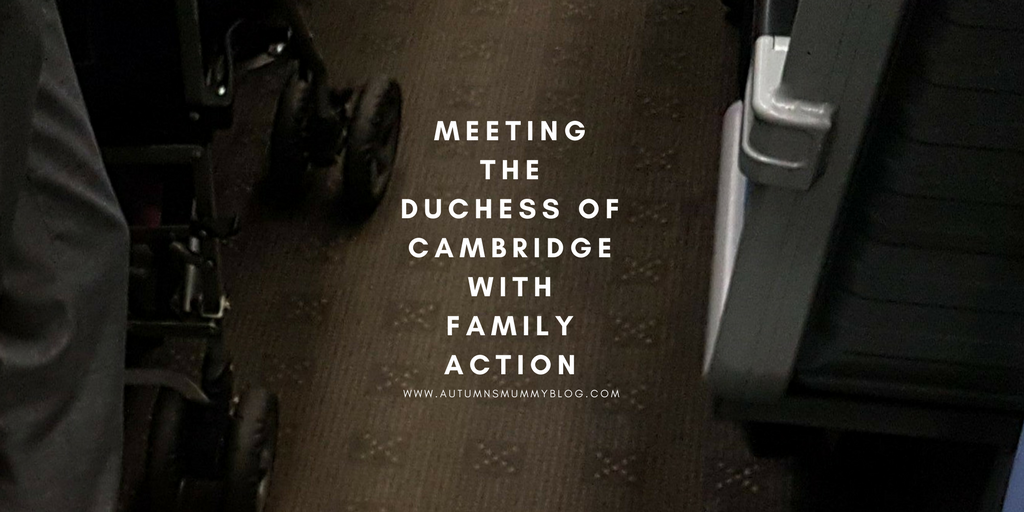 Last Tuesday, Autumn and I both had what was probably a once in a lifetime experience. We were asked to attend a (non blog related) event with Family Action. The VIP guest was none other than our future Queen, the Duchess of Cambridge!

This was a very exciting prospect for me, as I’ve always followed her in the media and found her very likeable. However, I was also looking forward to helping Family Action to express various perinatal mental health issues and just how necessary their support is.

I’ve recently written a little about Family Action and how they helped me. They support families with all kinds of needs including poverty and mental health issues. The support given is tailored to each person. It may be emotional, practical or financial support. Sometimes it’s even a mixture of the three!

I stopped requiring support from Family Action a few months ago now. This was one reason I was even more honoured to be chosen to go. My ex support worker picked me up and we travelled with others from Medway via Ebbsfleet International. I was really quite anxious on the way to St Pancras International.

Some of my anxiety revolves around travel and I’ve had bad panic attacks on trains before. I’d never been on the fast train before and I haven’t travelled to London without my husband since I was a child. Both of these are factors that also caused more anxiety. However, I managed to hold myself together. Once I got through the first 15 minutes of slight weak feelings and palpitations, I found myself relaxing more and not really minding the journey. I think it helped that I threw myself into playing with Autumn with a couple of finger puppets that one of the ladies from Family Action had brought along to entertain the children.

It was a day of firsts, it would seem. Autumn and I also took our first black cab! I was beginning to feel very excited by this point. I was a little worried about how Autumn was going to get any sleep though. It was midday and she was beginning to get grouchy for her lunch and early afternoon nap. 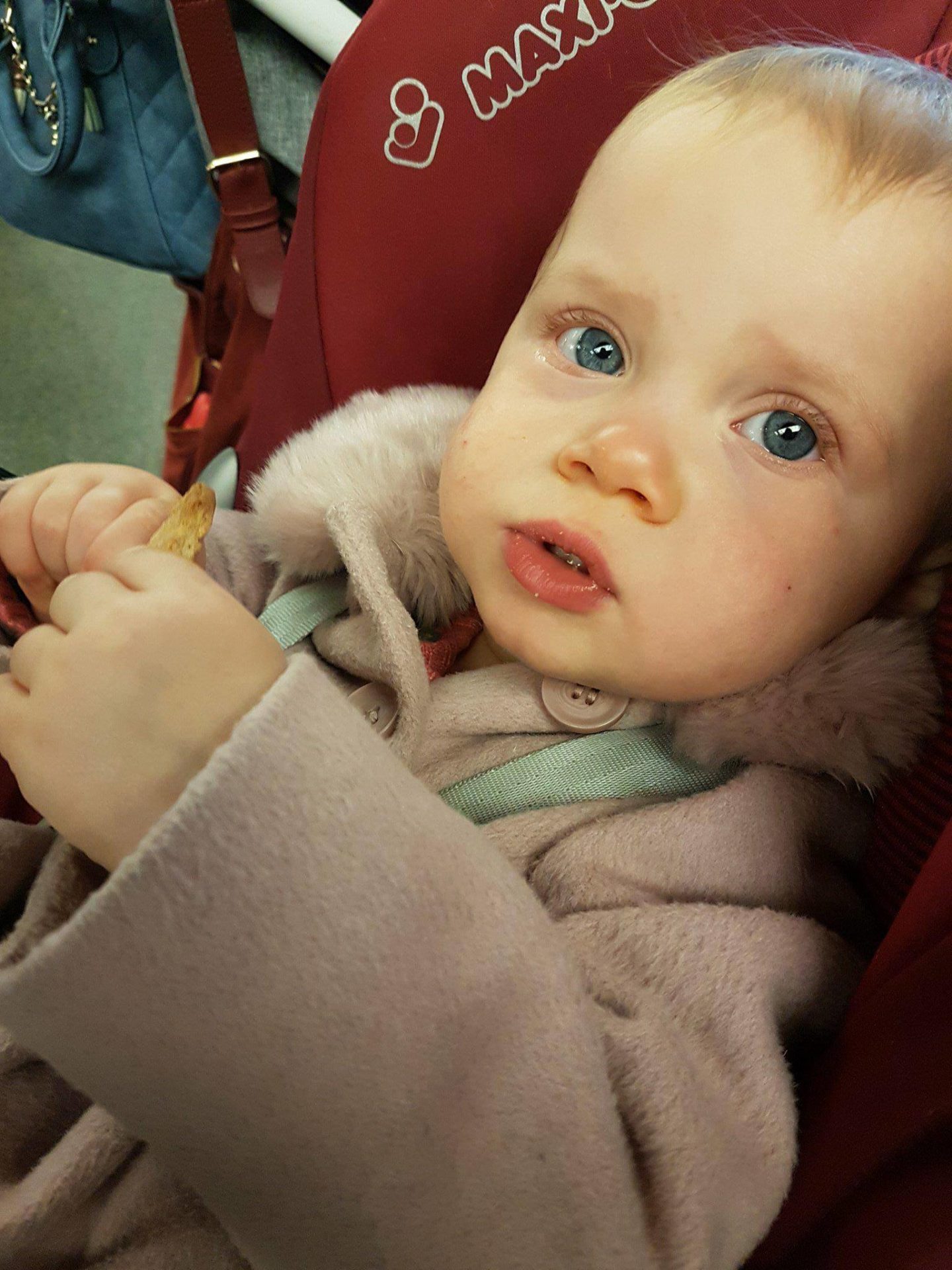 When we arrived at Hornsey Road Children’s Centre, I was slightly in awe. It’s a beautiful listed building that used to be public baths. Here’s some quick snaps I took in the evening when we were leaving: 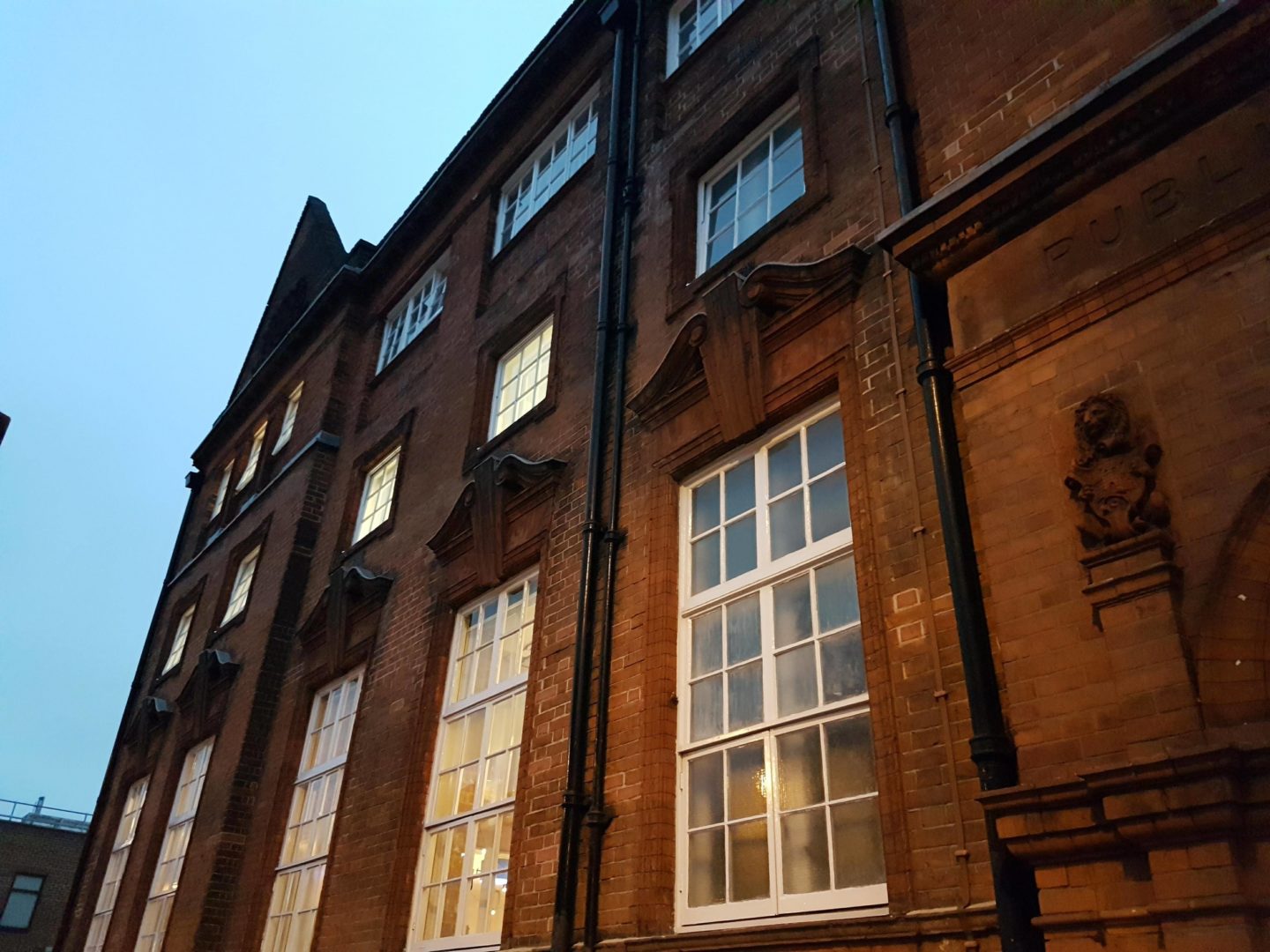 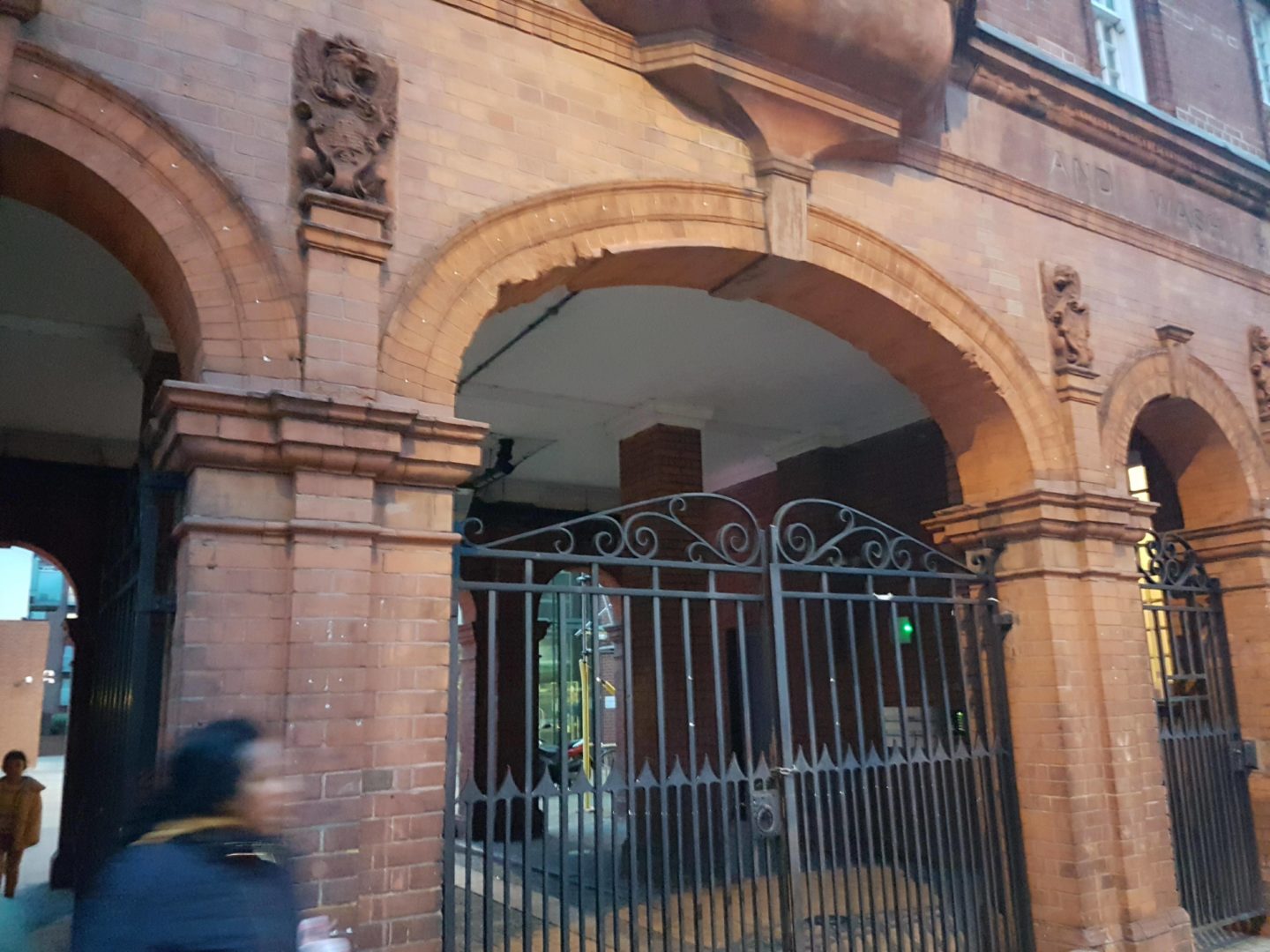 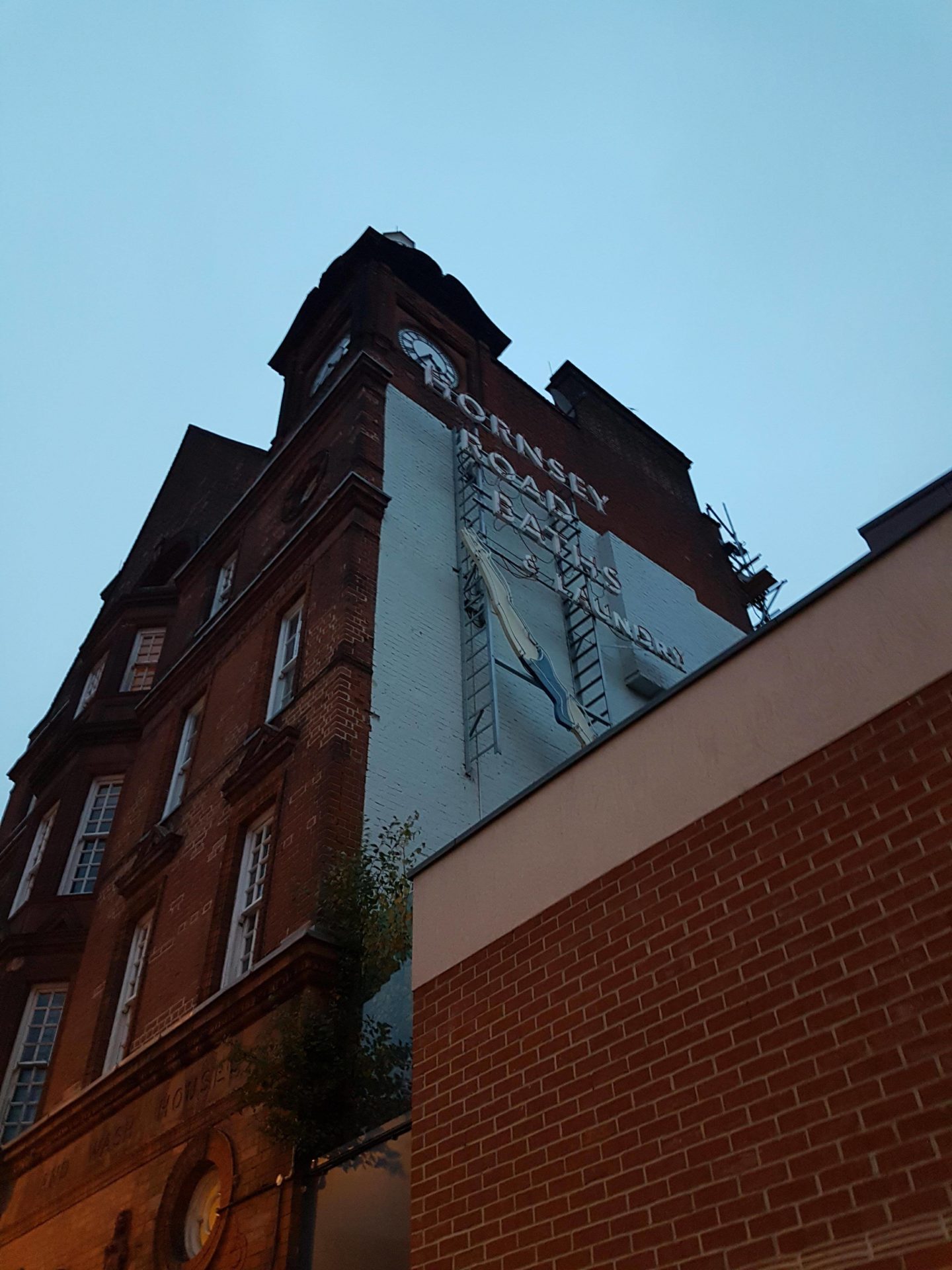 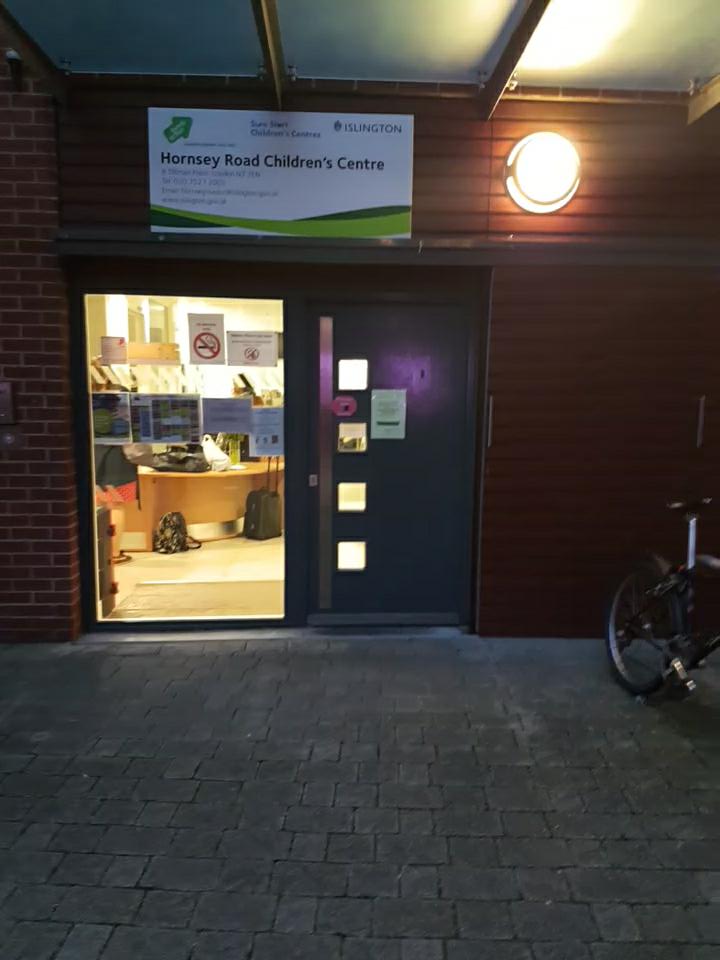 As we walked into the children’s centre, there was such a buzz of excitement! The afternoon went by in a blur of introductions, smiles, unsuccessfully trying to get Autumn to nap and trying to keep her out of mischief. I met some amazing people and lovely children. When we went into the room where we were to meet Her Royal Highness, Autumn managed to injure herself. Her and another little girl were playing at a table with toy teacups and teapots. One teacup fell on the floor and Autumn hit her head as she was trying to look for it. It left quite a mark on her head. “Brilliant”, I thought, as she already had a scratch on her cheek and scratches on the back of her neck.

The Duchess of Cambridge

The Duchess of Cambridge came into the room so elegantly in a beautiful cream coat. I honestly don’t think the cameras do her justice, I thought she was even more beautiful in real life. She made her way around the room, listening to our stories and how we’d all had support from Family Action.

When it came to my turn to be introduced, she said hello to me and shook my hand. Then Autumn was introduced, as she was crawling under my chair. She smiled as I gestured to Autumn and referred to her as “this little one down here somewhere”. When she asked how old Autumn was I told her 13 months and she replied “Congratulations!”

I briefly told her my story of losing too much blood at birth and becoming severely anaemic. I told her of how desperately ill Autumn had been and about her operation at 5 weeks old. She listened carefully throughout and seemed genuinely interested. HRH said it was a lot to go through, especially so soon after birth.

We discussed how my health visitor had helped me to get in touch with Family Action and how it was really to support me rather than Autumn, due to my terrible anxiety after everything. I talked about how they helped me to get out of the house when I felt unable to and how we would get into the fresh air and go for a walk. I also talked about how they had supported me to start driving again, which had given me freedom. It allowed me to go to baby groups with Autumn rather than being isolated at home.

HRH said that Autumn was very well behaved and moved on to the next person. About a minute later, Autumn started driving a plastic toy fire engine into her foot. I was quite mortified and rushed down onto the floor off of my chair to pick both Autumn and the fire engine up. I looked up and said a quiet “Sorry!” Whether she heard me or not, I don’t know, but she carried on as though nothing had happened. Of course, with young children she’s probably used to that kind of behaviour.

The Duchess of Cambridge seemed genuinely sad to go and said it had been lovely meeting us and our very well behaved children. Phew! Autumn hadn’t tarnished her reputation with that fire engine after all!

Whether or not you like the royal family, it was wonderful to have someone of such a high profile there. When it comes to perinatal mental health, we need influential people to share that it’s okay to say you’re not okay and ask for help. These services are absolutely vital and I’m proud that I fought some of my anxieties to get there and share my story.

As for Autumn, she fell asleep 4 hours after her usual nap time as she was rocked waiting for the black cab to take us back to the lovely, Christmassy train station. 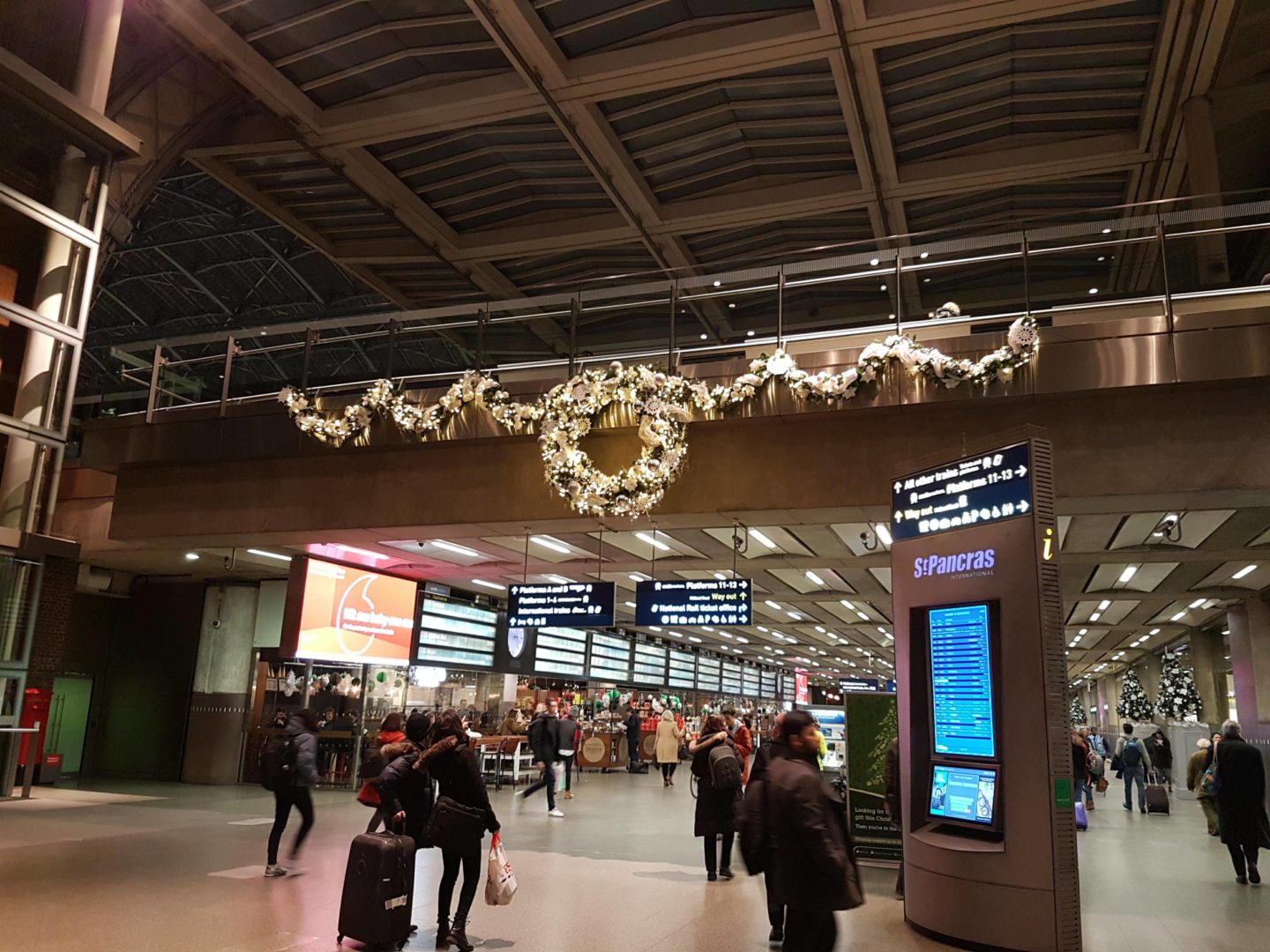 She stayed asleep for most of the train journey home too. Well, it had been a big day for us all! 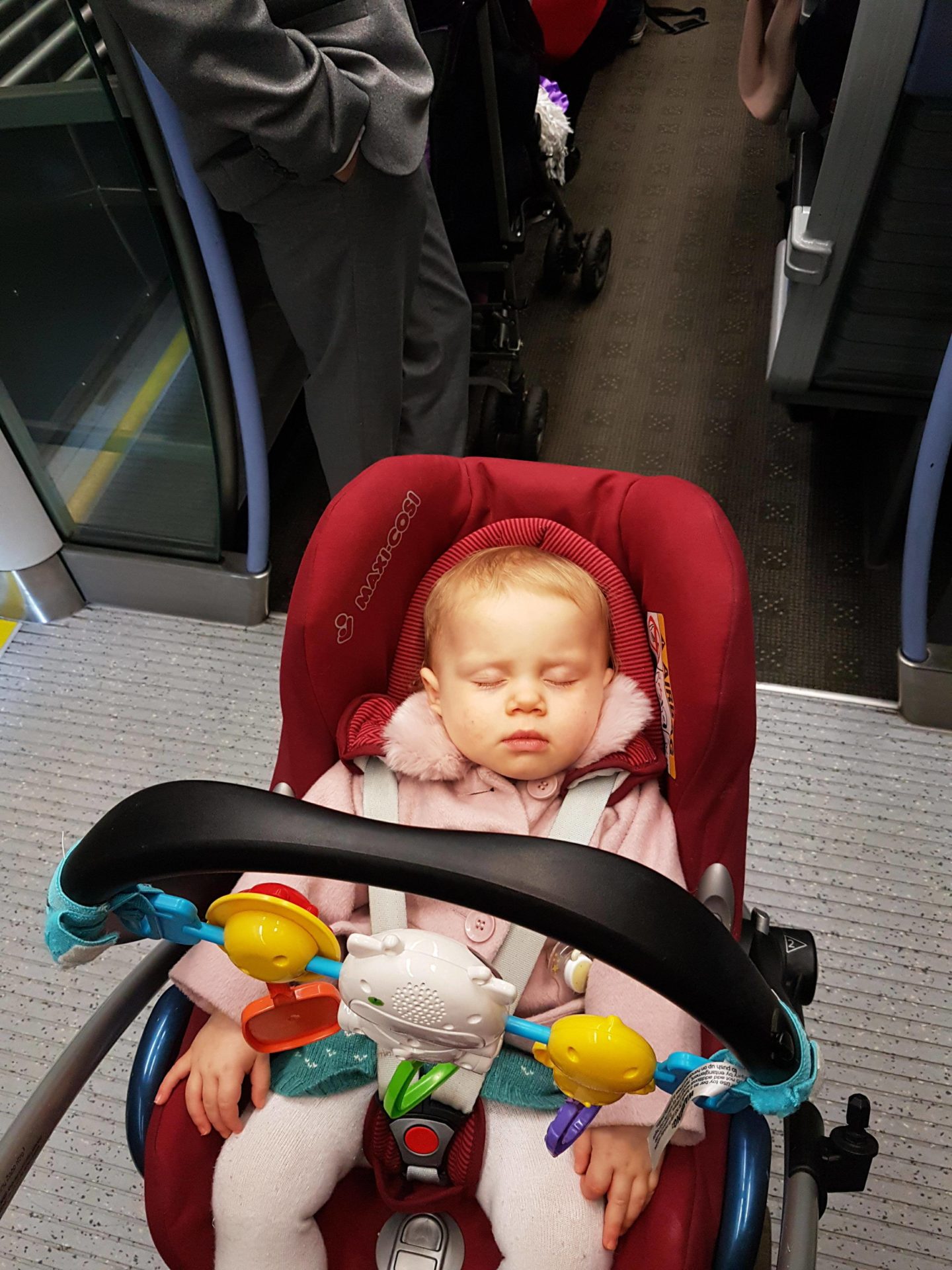