We’ve finally got around to fitting a new UltraHeat radiator in our living room recently. As you may have read in older blog posts,  I am desperately trying to get our living room decorated. My husband and I were lucky to get onto the property ladder at 20. Rather than getting a flat in good condition, we opted to buy a house in not as good a condition. Fast forward five years and the living room is still almost entirely in the state the previous owners (who had the house repossessed) left it in with bad paintwork, shoddy woodwork and laminate flooring in a terrible condition.

We’d probably have sorted it out by now if we hadn’t have got married or had a child, but I didn’t want plans for these important life experiences to be delayed by a room. Losing a few relatives made me realise that those were things I wanted to do sooner rather than later and that decorating could wait. However, we are trying to do things slowly, as time and money allow. One embarrassment has always been the large radiator leaning forwards off of its brackets underneath our windowsill. Not only that, but it was a nightmare to clean and things kept getting stuck down it.

We looked into electric radiators, but decided to stick with the type we had before as the plumbing we already there. After some research, we decided on the right one for us. Receiving our new radiator was very exciting! It was well packaged on a small pallet and wrapped in plastic. The size of radiator we needed under our window was very big and therefore required a lot of room. Our house is pretty compact, so it took up a lot of space. Therefore, it’s probably best to order when you know you can get it fitted quite quickly! 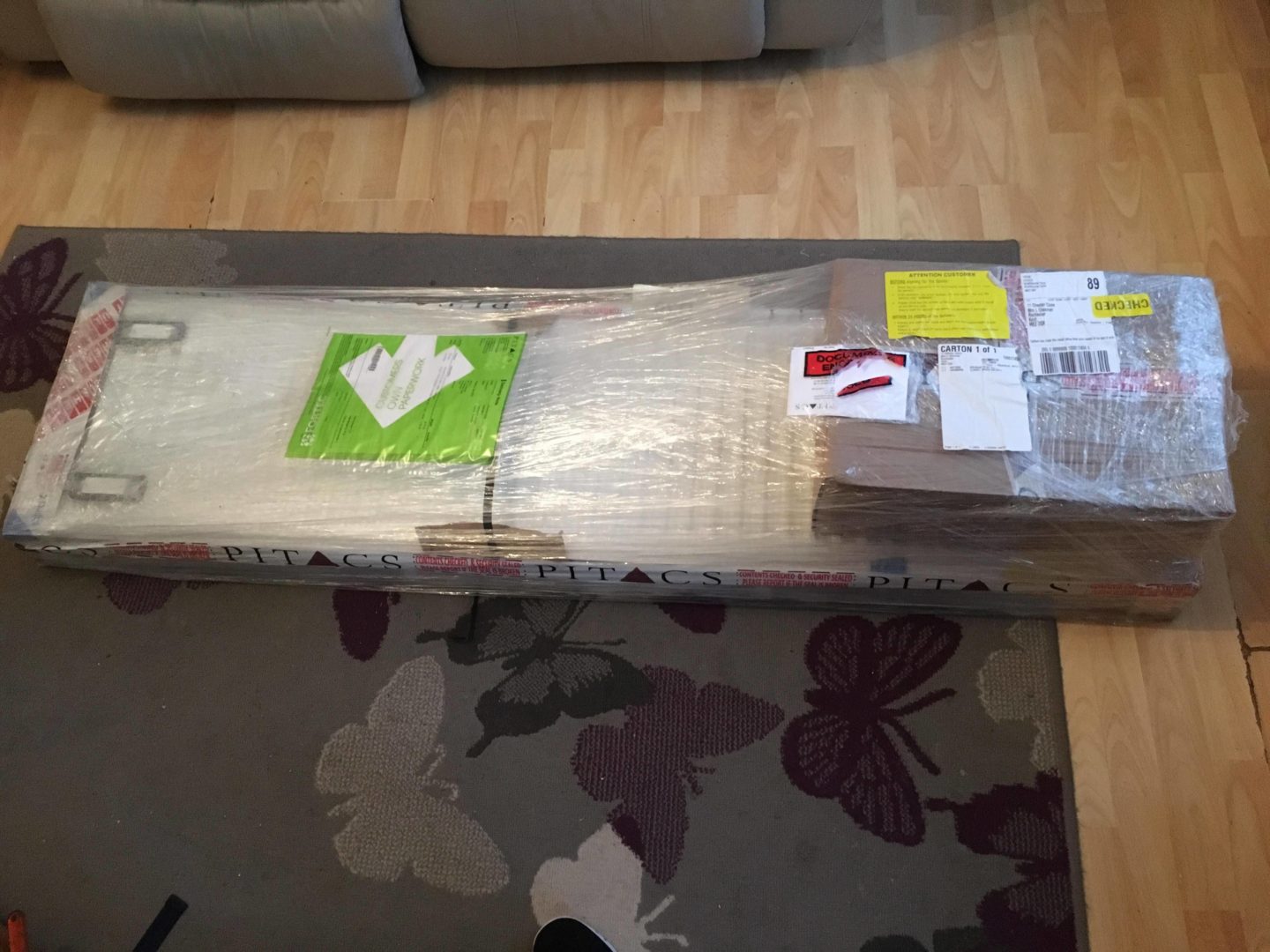 As well as the radiator, I received a free mug (handy for cups of tea whilst fitting it), some pens, magnetic radiator keys (very useful!) and some catalogues showing the Aeon range. 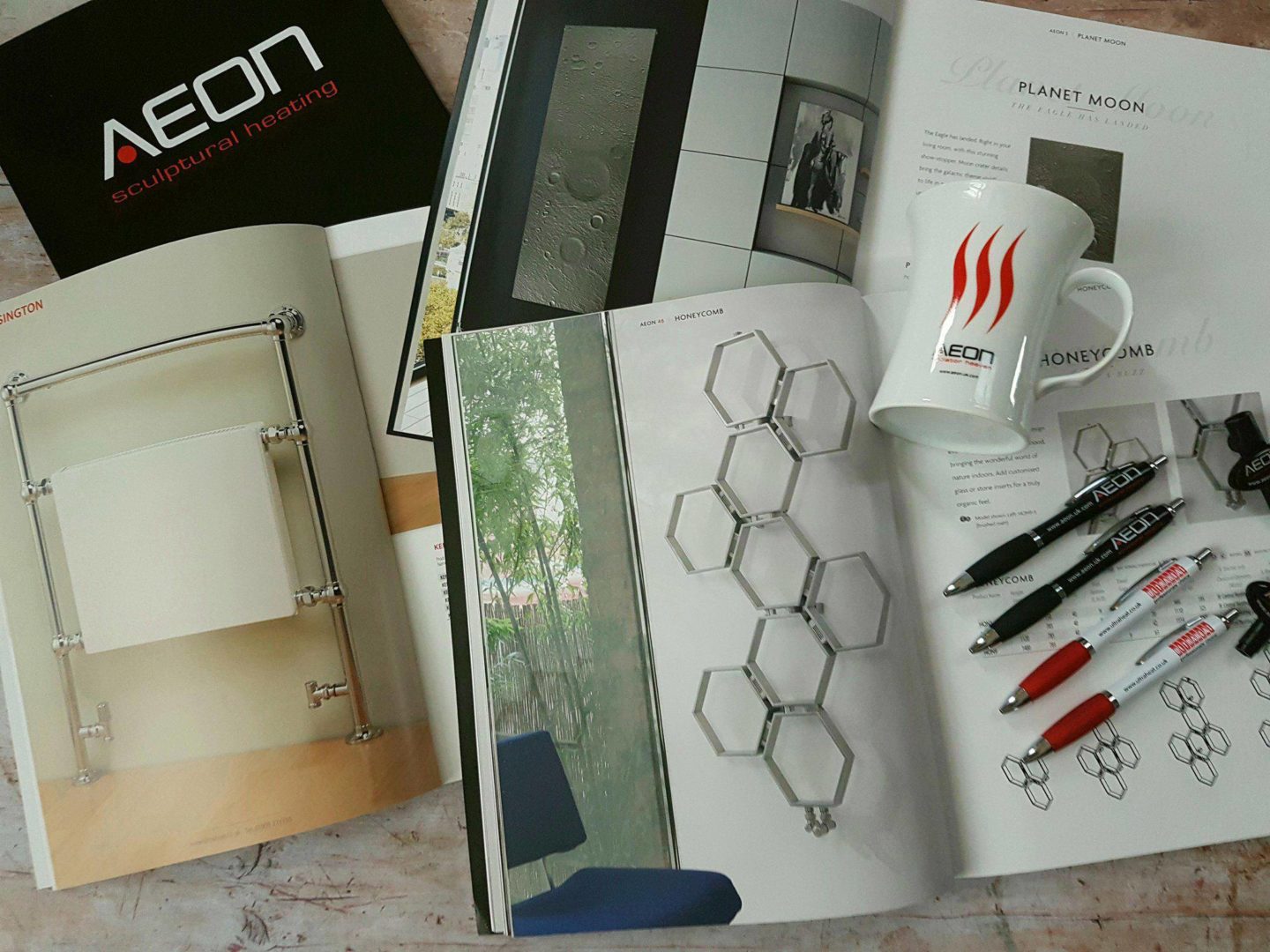 Autumn and I spend most of our time together in the living room. However, we had plans to go out for the day and my husband and brother agreed to get together and fit the radiator! I left instructions to take lots of photos for my blog post. This led to some funny moments where my husband told my brother to pause different things he was doing so that he could take his photo!

Out with the old and in with the new!

The first job was to take the horrible old radiator off of the wall, after draining it first, of course. 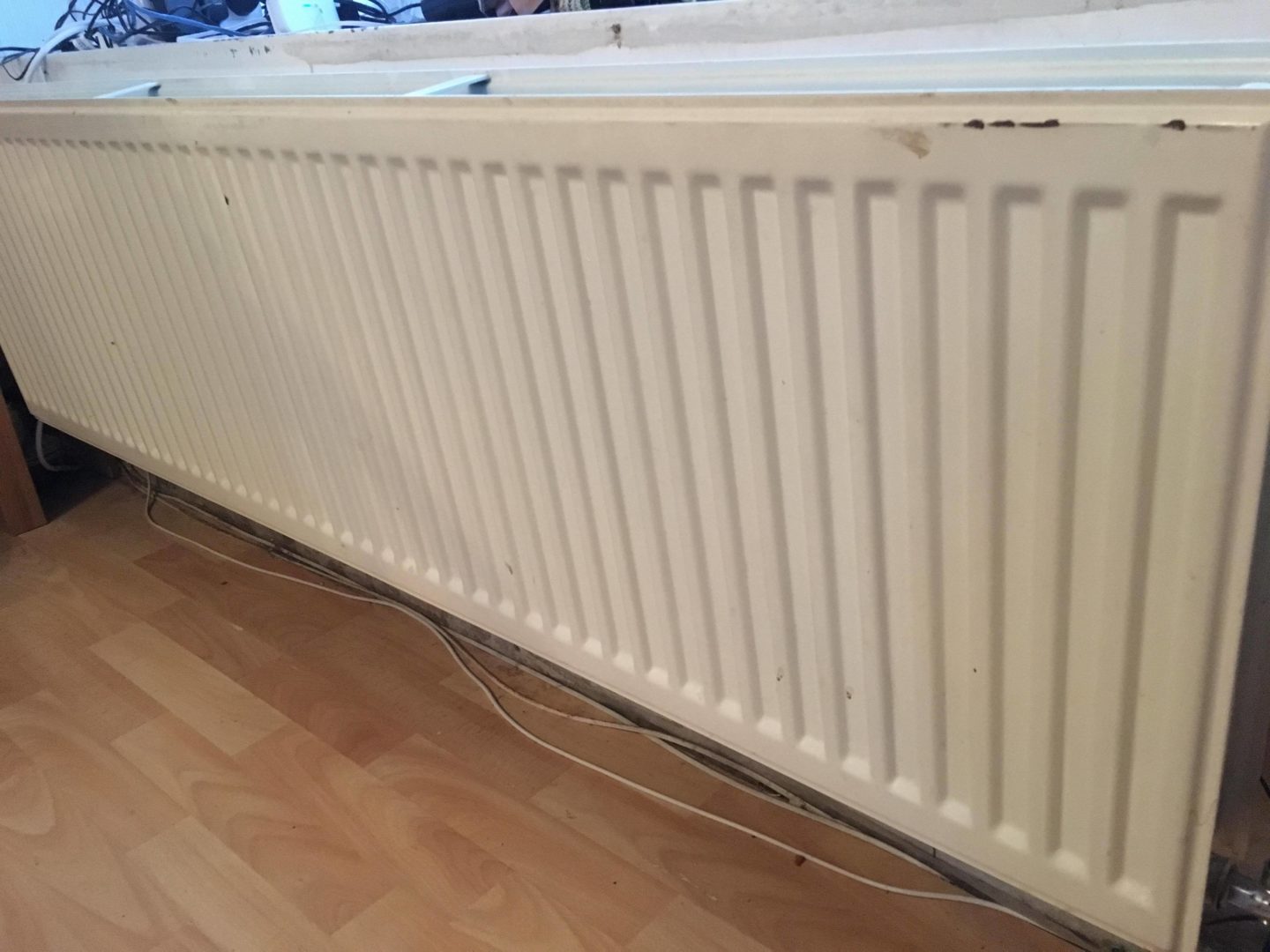 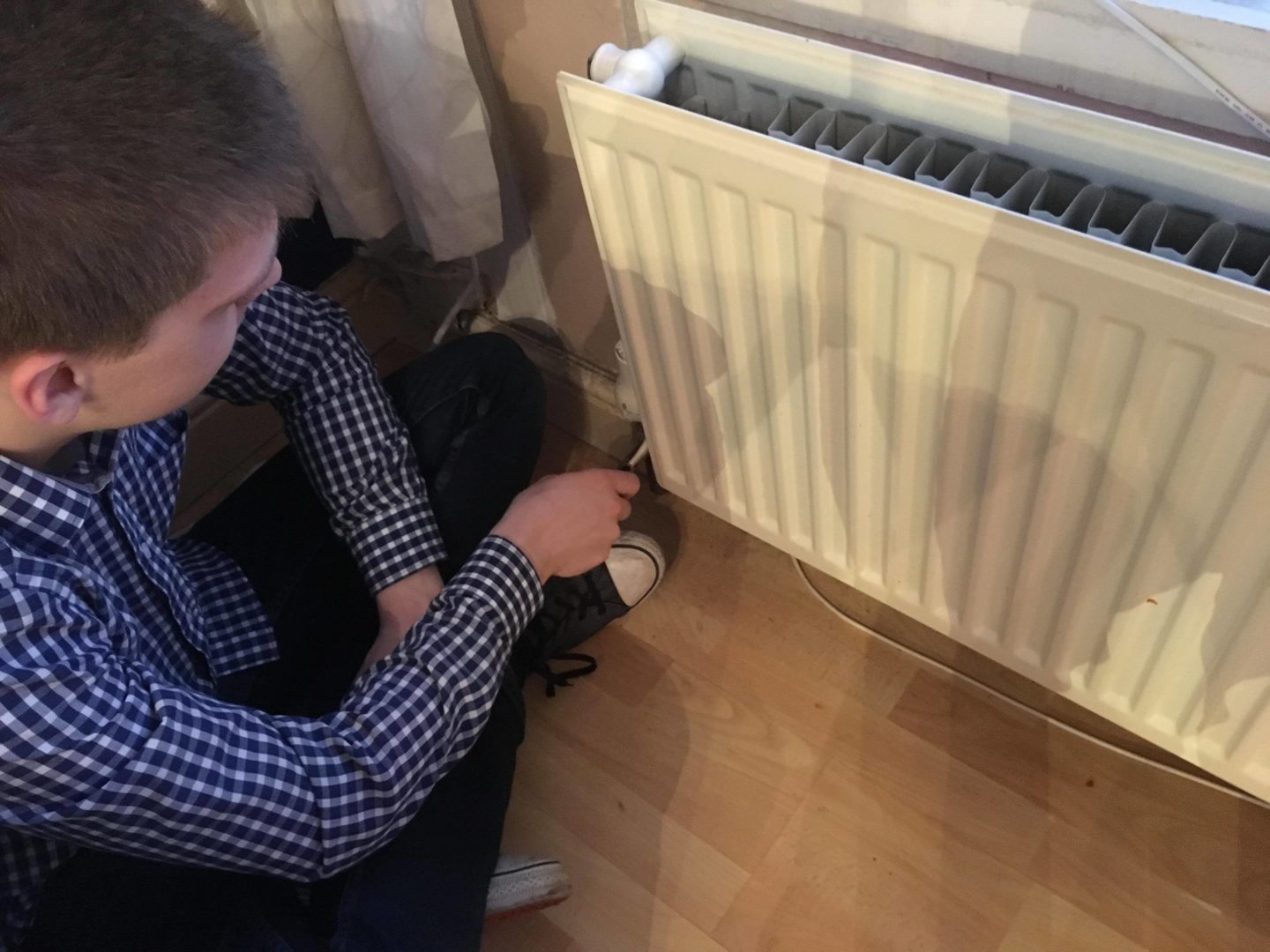 The second task was putting on the wall brackets, which came with the new radiator (brilliant!) No screws were supplied, but this wasn’t an issue as we had some already. My brother and husband had to use a spirit level and keep putting the radiator against the wall while they were doing this to ensure that the radiator was put on straight. 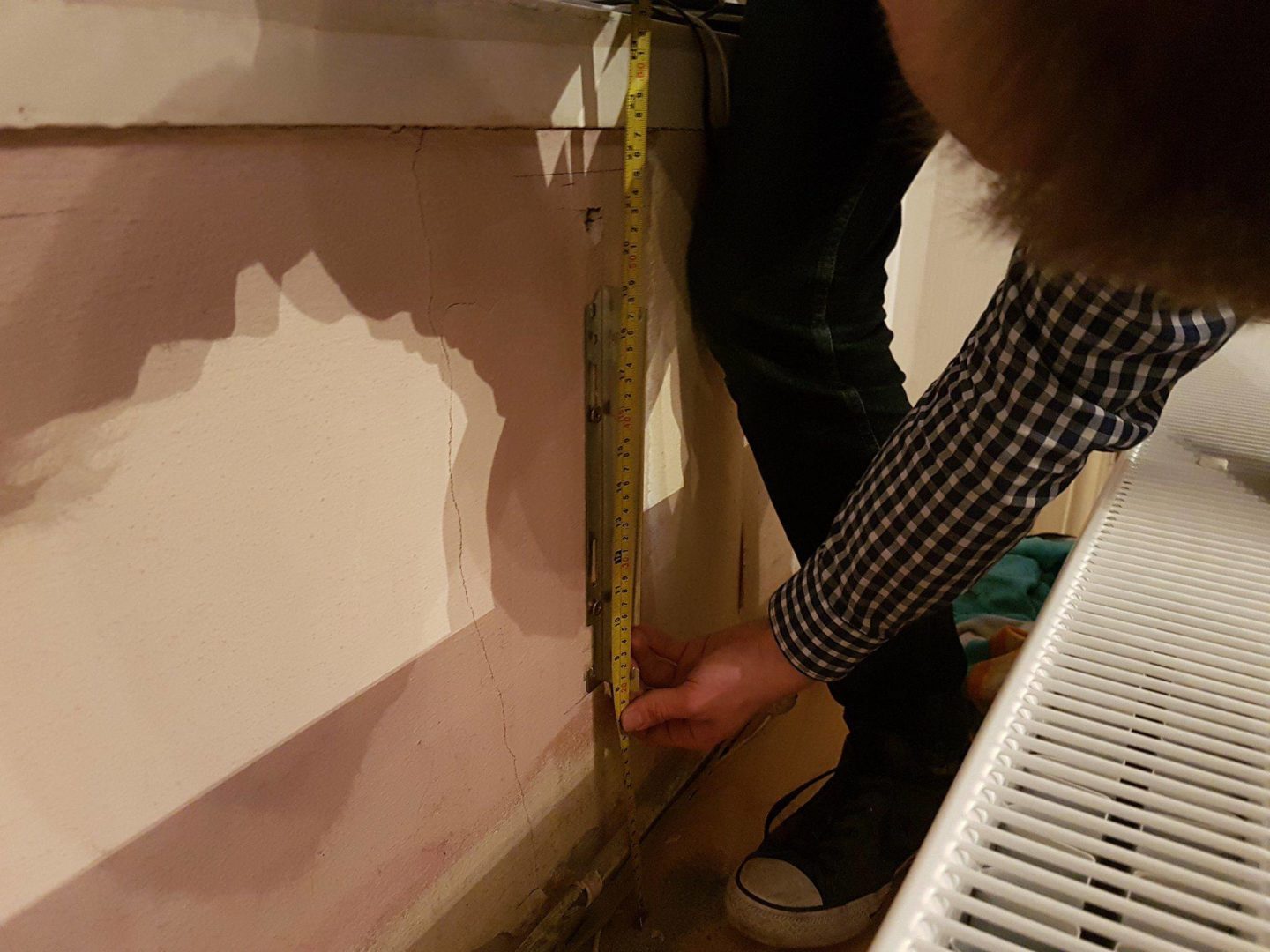 The next step was to attach the bleed valve to the top of the radiator on one side. A blanking plate was attached to the other side. Then it needed to be attached to the valves either side of it.

After that, they put the radiator on the wall. The lockshield valve and thermostatic radiator valves were then attached. The central heating system then needed to be repressurised. Once that was done, the heating could go on. It was then just a case of testing whether the radiator would warm up and whether or not it was leaking.

The new radiator looks much more modern than our old one and I’m really pleased with it! It’s only a small part of our living room redecoration, but for me it feels like a big improvement. 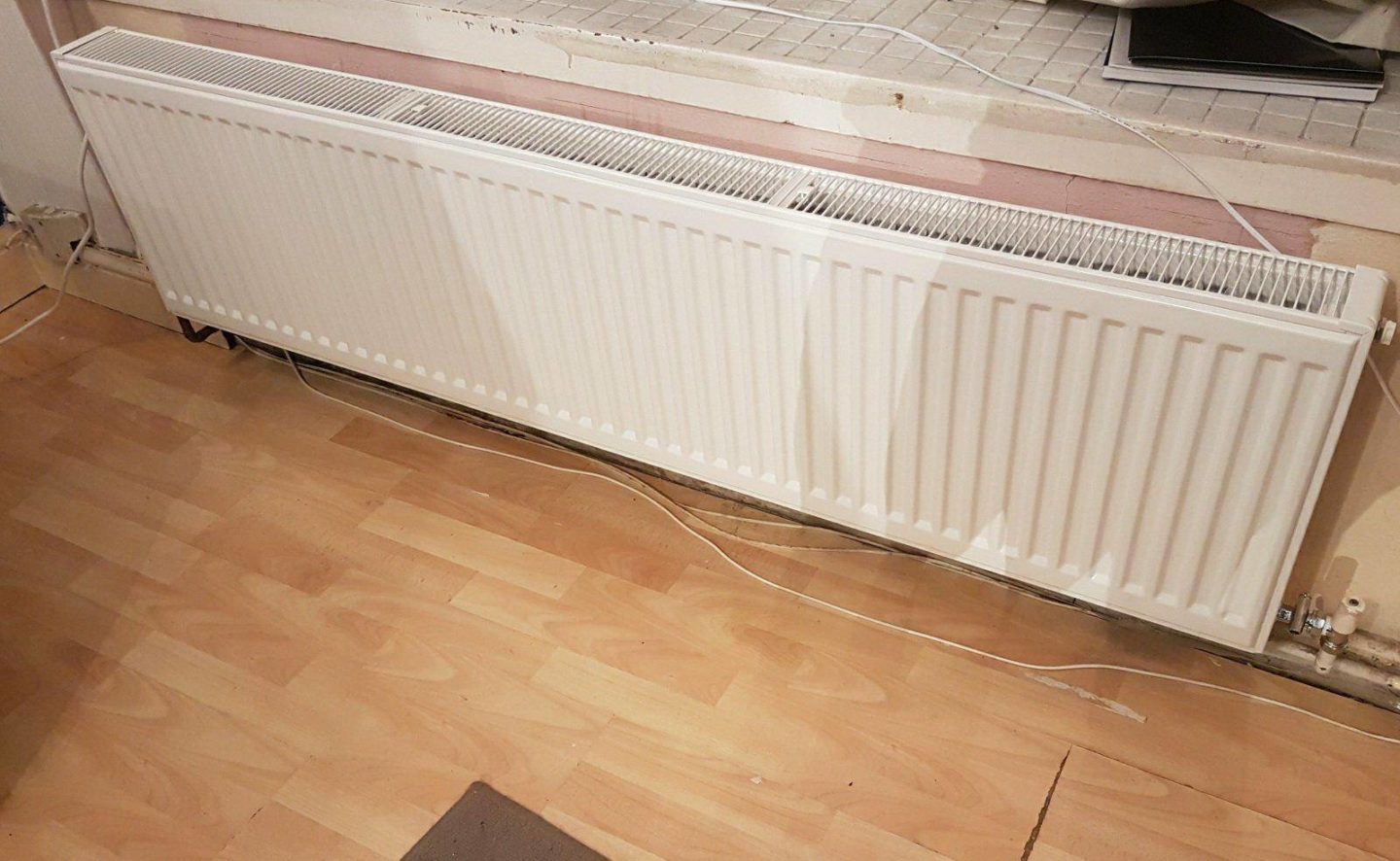 We’re one step closer to having a living space that I feel happy in. Let’s hope the rest can be sorted out as quickly as possible! It may take a while, but I’ll continue documenting each step as progress is made.

Disclosure: I received an UltraHeat radiator and goodies as mentioned in the post from PlumbNation for the purpose of this review. Ultraheat is one of the UK’s premier heating brands that provide a huge range of panel radiators, designer radiators and heated towel rails. As always, all views and opinions are honest and my own.

Ways of Adding Value to Your Property

Designing The Perfect Dining Room For Your Family Home