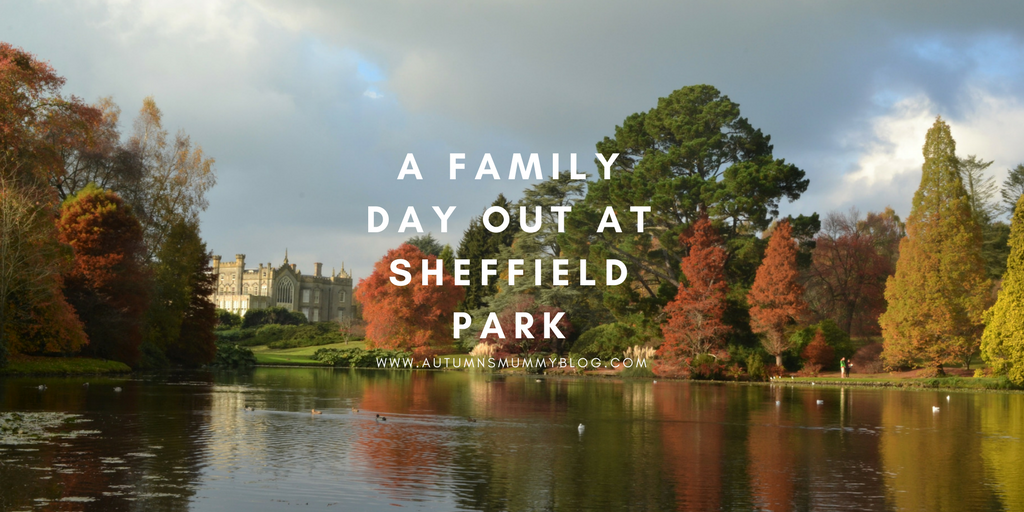 Sheffield Park in East Sussex is renowned for its beautiful autumn colours. I’d say it’s definitely one of the best places to see the autumn colours in the South East. A National Trust property, it boasts acres of landscaped gardens with park and woodland. October was a very busy month for us. I went back to work, I was under the weather for most of the month and it just generally seemed to whizz by. When we got to the beginning of this week, I realised that we hadn’t visited Sheffield Park.

Fortunately, I must have expressed this to my husband. On Thursday morning we went to drop off my car to the garage first thing. As he drove me back home through the country lanes, I gazed across the fog on the marshes and the gentle sunlight dancing on the frost in the fields. It was a beautiful morning made better by the fact that he then announced he’d taken the day off and was taking us to Sheffield Park!

It took us about an hour and a half to get to Sheffield Park from where we’re based in Kent. Fortunately, the M25 was flowing well. As it was a week day, there were still spaces in the car park. When we visited at the weekend a couple of years ago, we had to park in an overflow car park which I believe is also used for the Bluebell Railway (also worth checking out!)

You enter through what is also the gift shop, and being National Trust the pricing is fairly steep. Standard entry for adults is currently £11.20, rising to £12.40 with Gift Aid. Standard entry for children is £5.60, increasing to £6.20 with gift aid. We couldn’t see any mention of it on the website, but when we arrived we were pleased to find out that entry for 0-5 year olds is actually free! If you’re a family with a couple of children over the age of 5, a family ticket would work out cheaper.

Walking outside through the lovely plants and outdoor ornaments for sale, we could already see a glimpse of the beautiful autumn colours. However, we made a toilet stop before exploring, as there is only one right at the start! The baby change toilet was acceptable, with just about enough room in there and the standard baby change table that folds out from the wall. As you might expect, it was a little bit muddy looking, so I was glad that we had our travel changing mat to lay down on there.

The first thing we did was walk to where you can see the lake with the house. In my opinion, this is the best view in the whole park. All the colours and varying shapes of the trees just look so lovely together. It was fine getting there with the pushchair, as I’d say most paths are wheelchair and pushchair accessible. 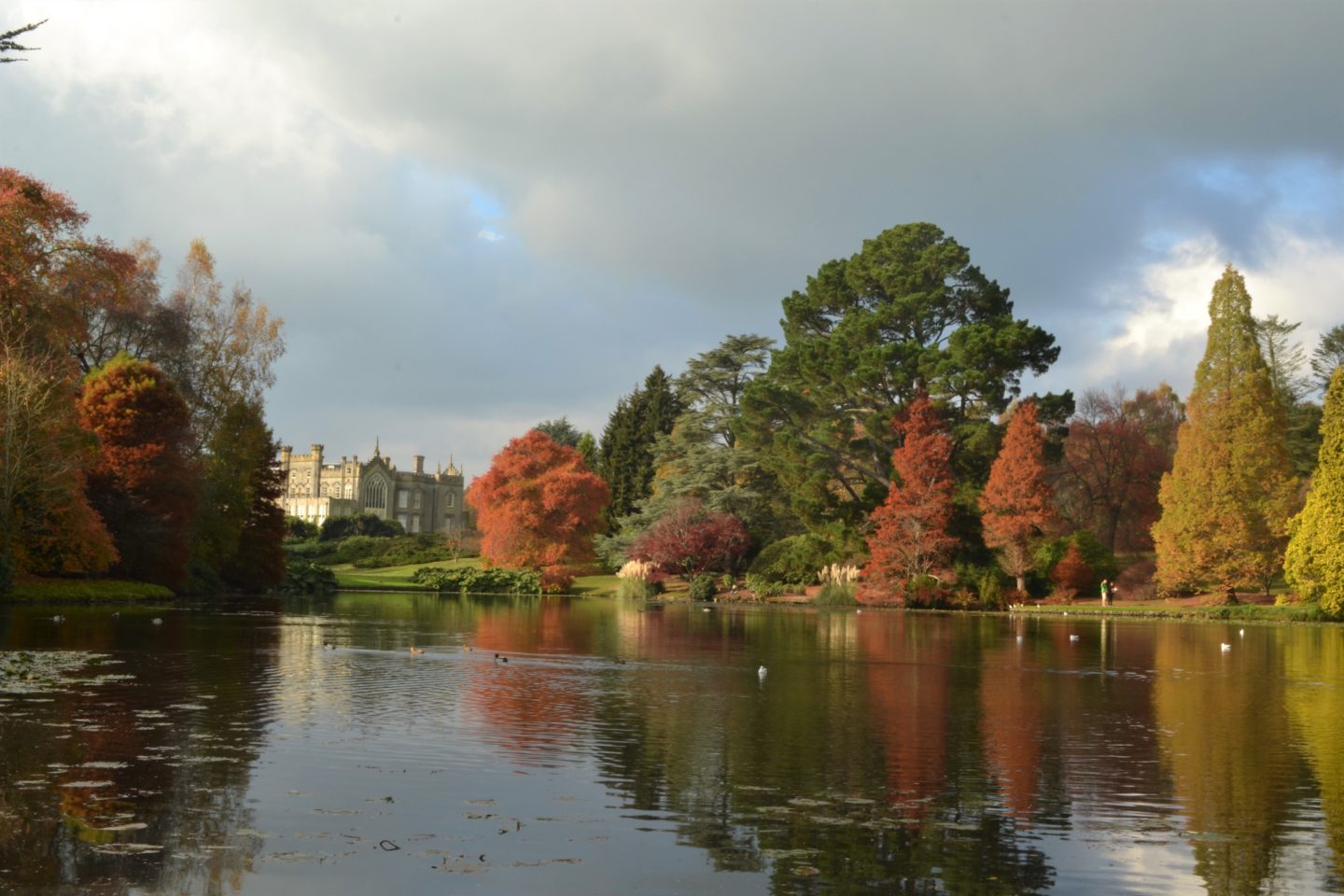 I even managed to get a picture of Dave and Autumn there where they were both kind of smiling, which is very rare! A lovely lady who was passing by and had a toddler herself stood behind me and got Autumn’s attention. I wish I’d taken a photo with me in it too, but I still have a cold at the moment and thought I looked ill and rubbish. I now regret that, but we likely wouldn’t have got a good picture anyway as Autumn just wanted to explore! 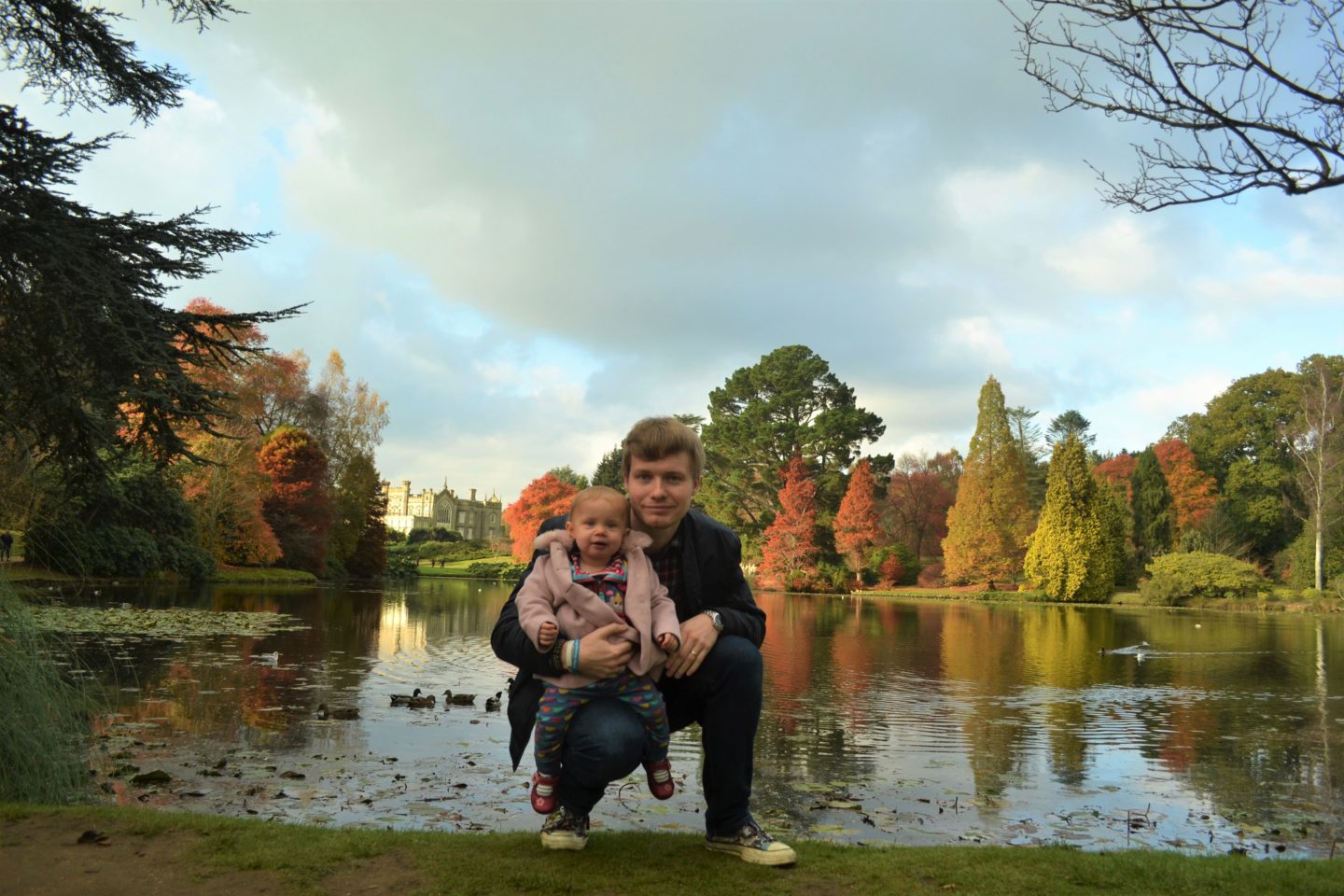 So, exploring we did! At the side of the lake, there was an area with a big tree stump, or it may have been several bits of tree stump. I’m not sure, but Autumn loved it! 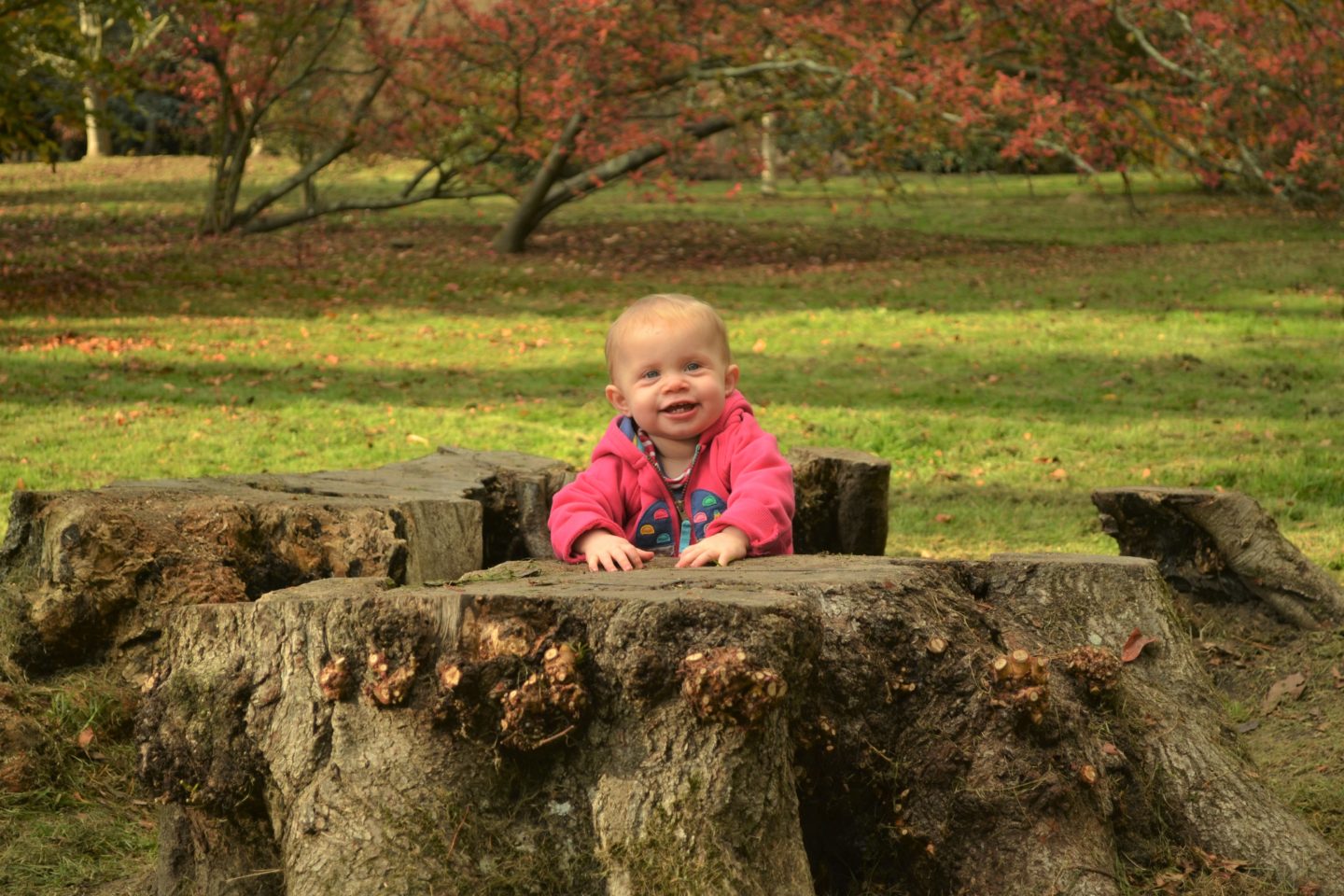 She kept patting it, as though she was trying to play it like a drum. Several people walked past, smiling and waving at her. Naturally, she waved back, delighted! 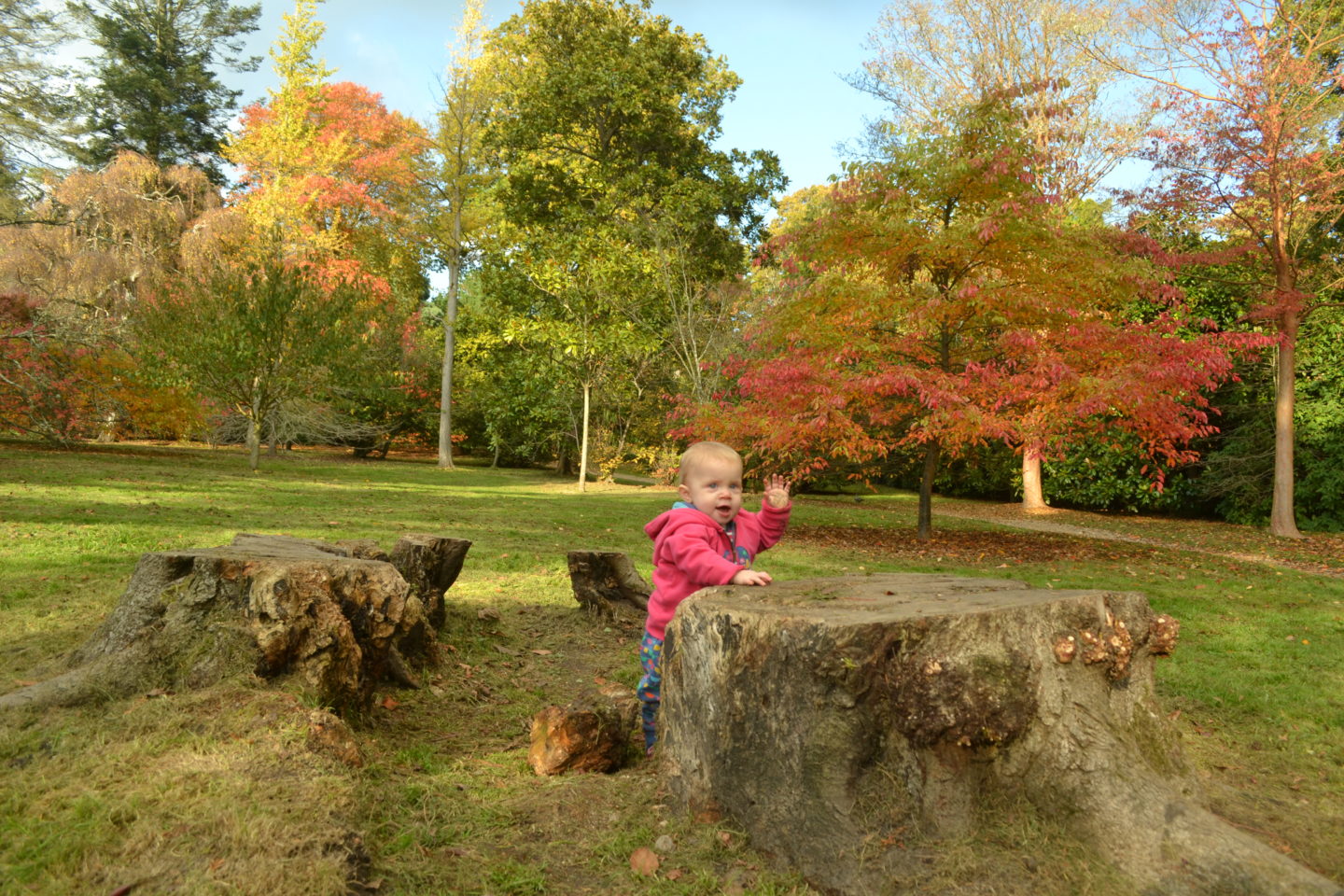 She also put her newly found walking skills to good use. It allowed her to explore a lot more than she would have done if she was still only crawling. She was fascinated by leaves and kept proudly carrying them over to show us. We had to stop her from eating them several times though, of course! 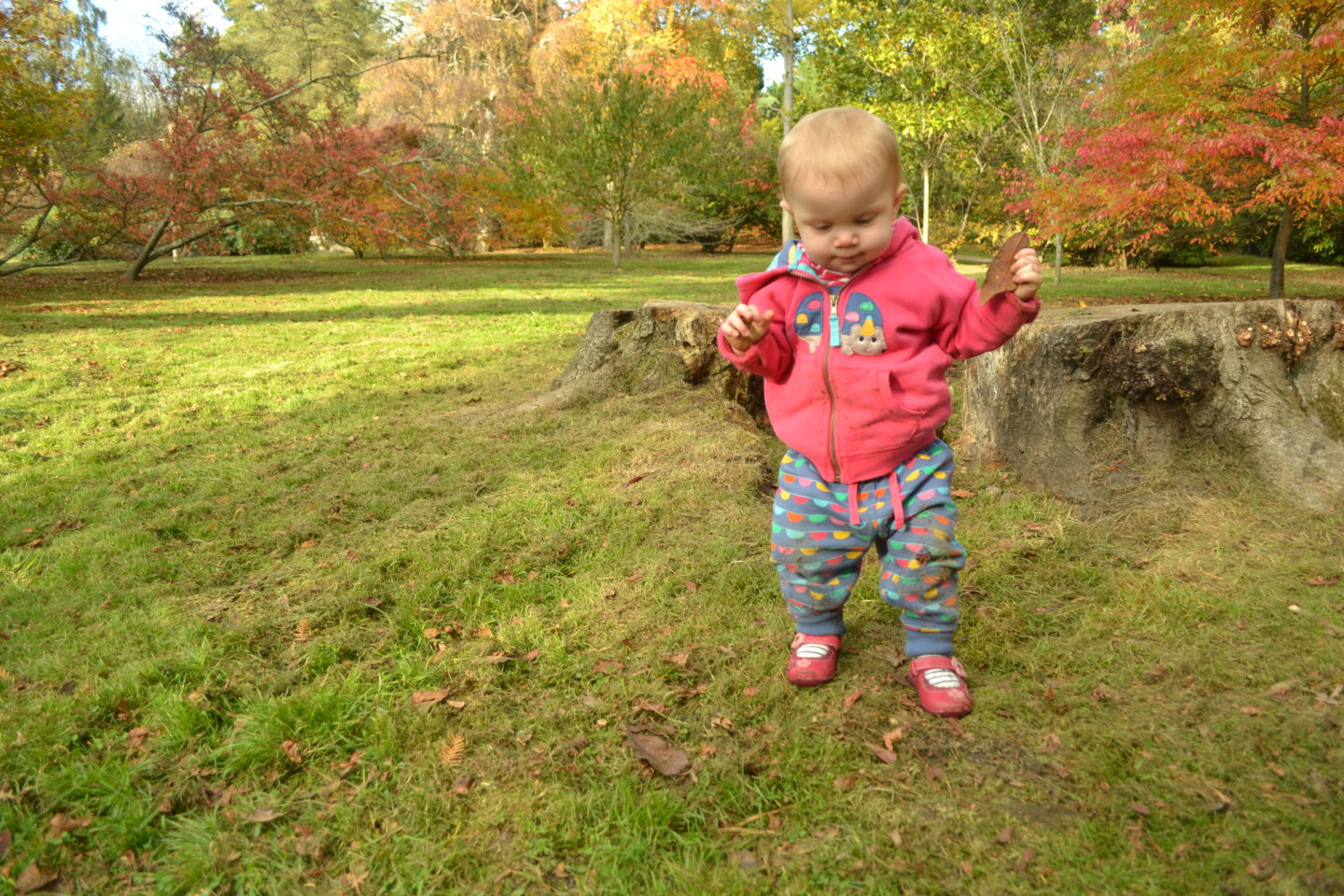 Unfortunately, now that she can walk, she often gets cross if we try to put her back in the pushchair! You wouldn’t believe what a difference a 5 minute difference could make from the smiling, happy photos above. She was clearly hungry, so rather than the long walk to the tearoom (especially for little legs), we wanted to pop her back in. Instead, she had a tantrum in the mud, causing a huge scene. She only calmed down when she found a stone she liked! 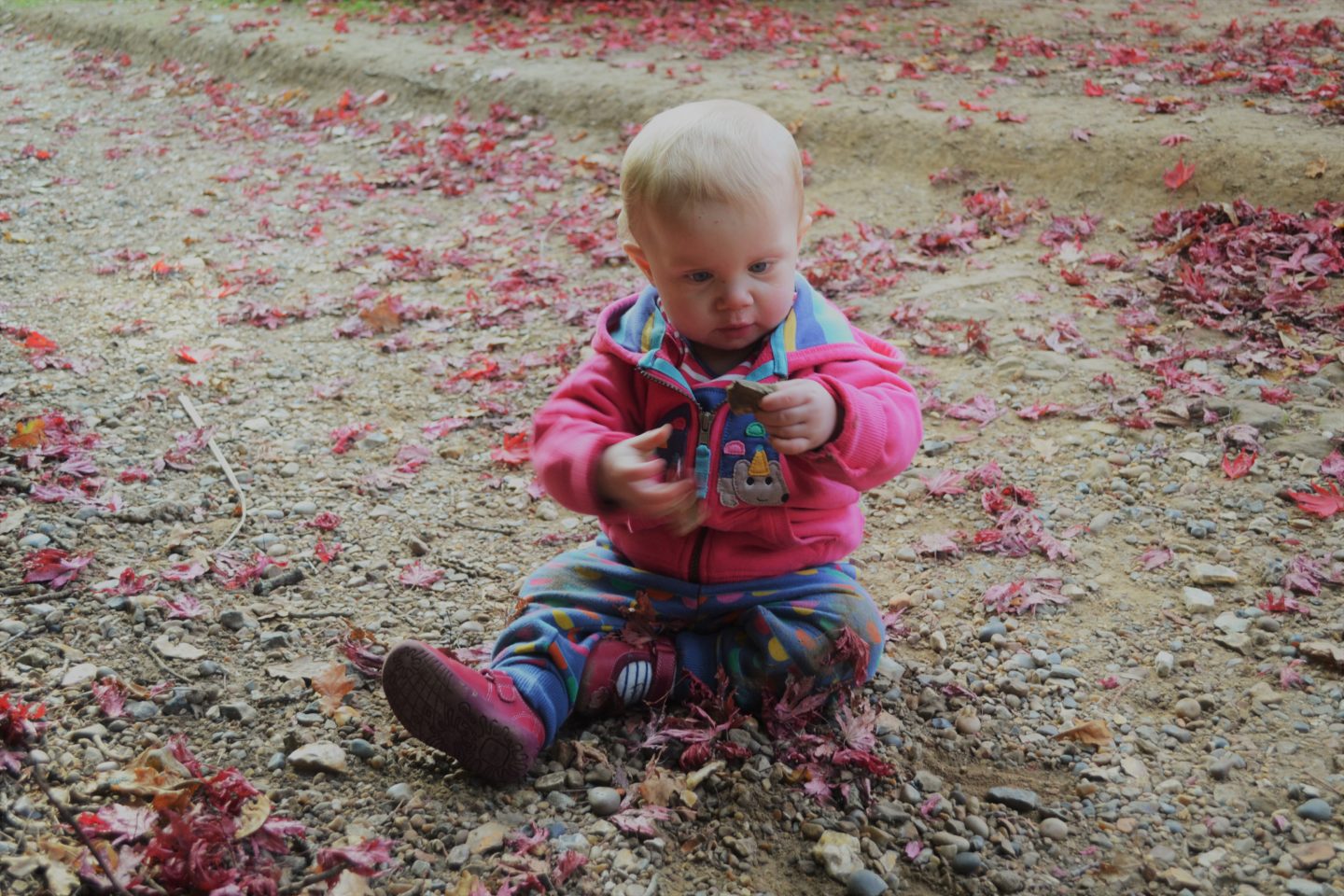 When we’ve visited Sheffield Park in the past, we’ve taken sandwiches with us. However, as it was a surprise this time, Dave didn’t have time to plan ahead. Instead, we went to the tearoom. To get there, you have to go out of the park and to the right along a long path. It felt quite a long walk to us, so I’m glad we didn’t have Autumn walk there as we’d not have got there until dinner time!

The tearoom is a very old building, steeped in history, as is the park itself. There is a small shop in front of the tea room. The selection of hot foods listed on the blackboard were quite good, including a butternut squash macaroni cheese for children. There was also a chilled cabinet containing sandwiches and drinks.

We got there towards the end of lunchtime, so unfortunately a lot of things had sold out. Surprisingly, even towards the end of lunchtime there was a massive queue though. Autumn had a kids meal, including a cheese sandwich. Dave had a tasty chicken tikka sandwich and I had tuna and mayonnaise with cucumber. It tasted good quality and was probably one of the best tuna mayo sandwiches I’ve ever had! The hall we ate in was quite lovely, with wooden panels and a big mantelpiece. There are toilets adjacent to the hall and there is a slope for accessibility.

Whilst I enjoyed it, I think the walk outside the park and the queue put me off somewhat, so I think I’d bring a picnic next time! If the queue and walk doesn’t bother you and you want to visit the tearoom though, it is lovely and the food is of a great quality. Autumn would definitely recommend the buttery biscuit she had in her lunchbox, as it was so good it made her dance!

After filling our tummies, we went back into the park. Luckily, the staff at the desk recognised us. However, we had our receipt to hand as proof of entry, just in case. We walked back to the aforementioned lake and saw there were lots of ducks swimming up to the bank! 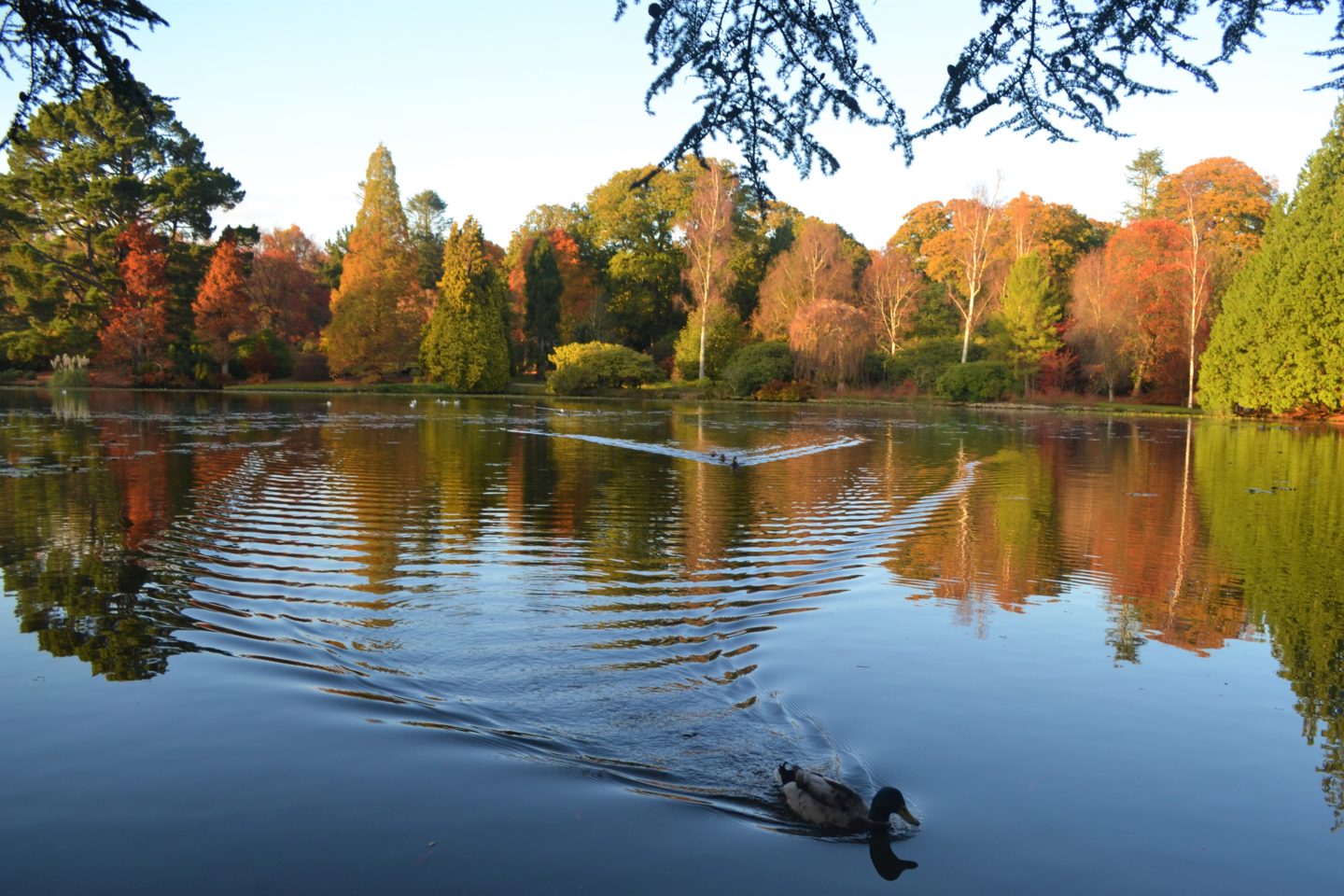 Autumn looked a little concerned to begin with, but soon she was waving and pointing at them. 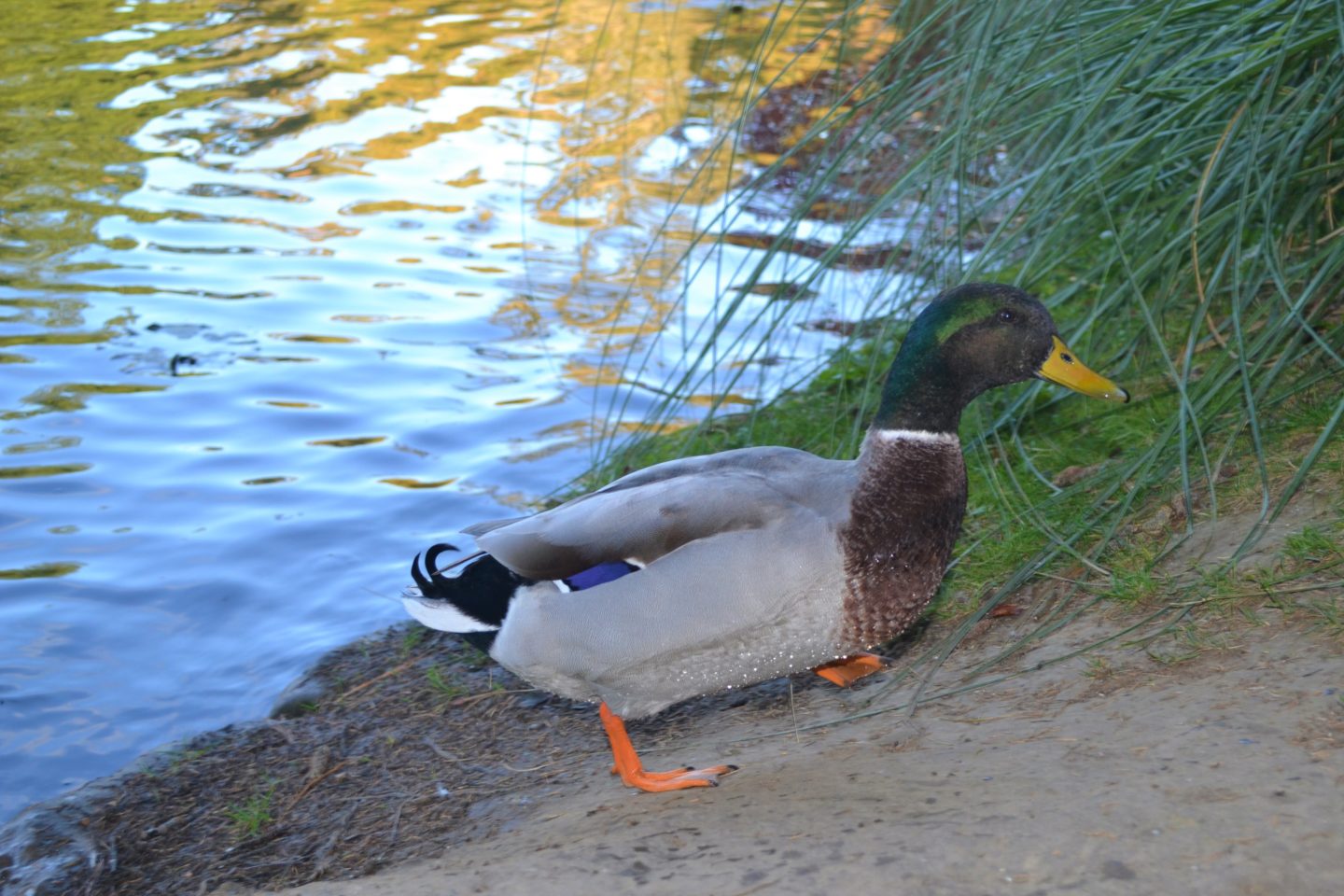 We went on to look at the other lakes. 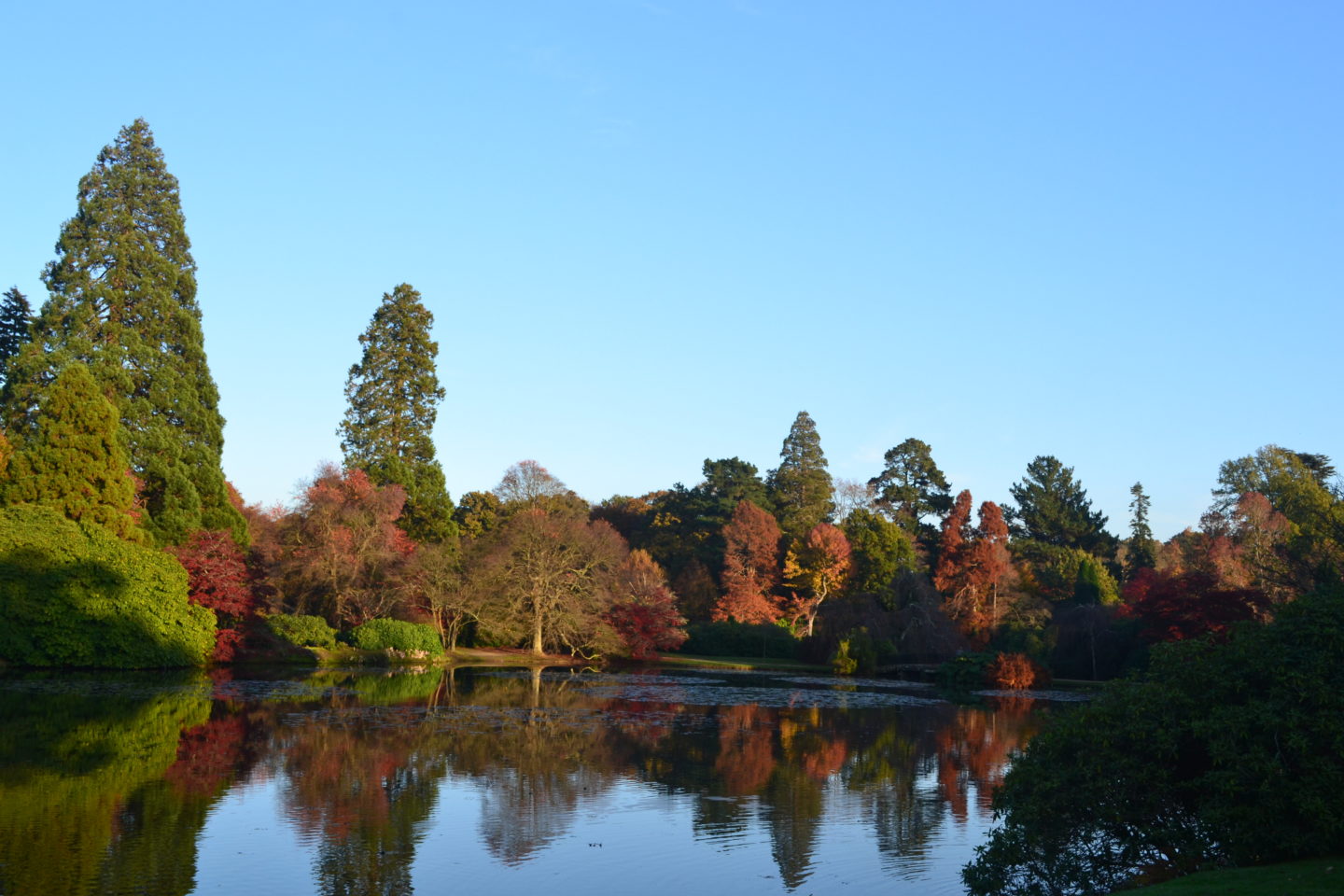 We also had some fun playing in the leaves! 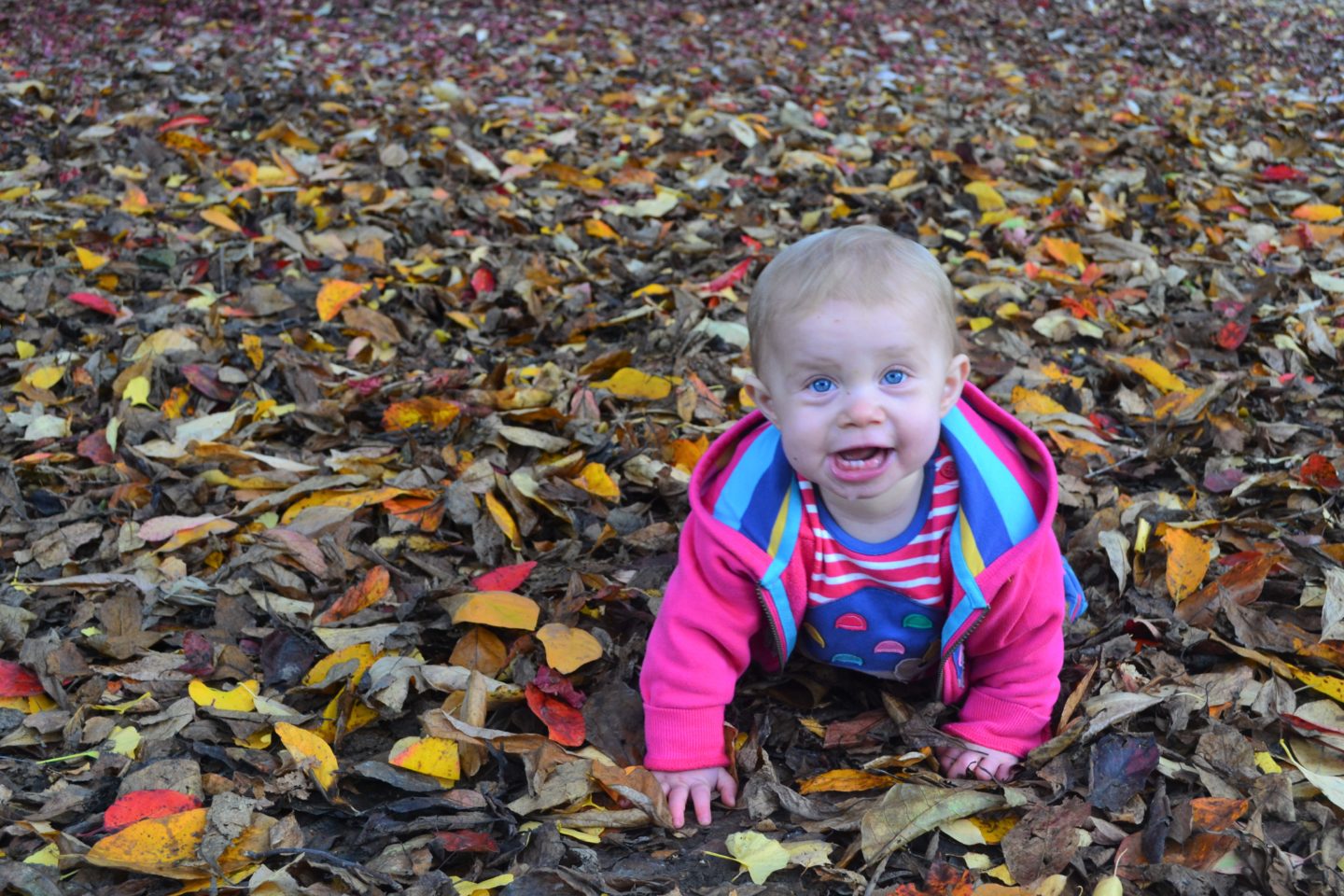 Autumn seemed to have a whale of a time! 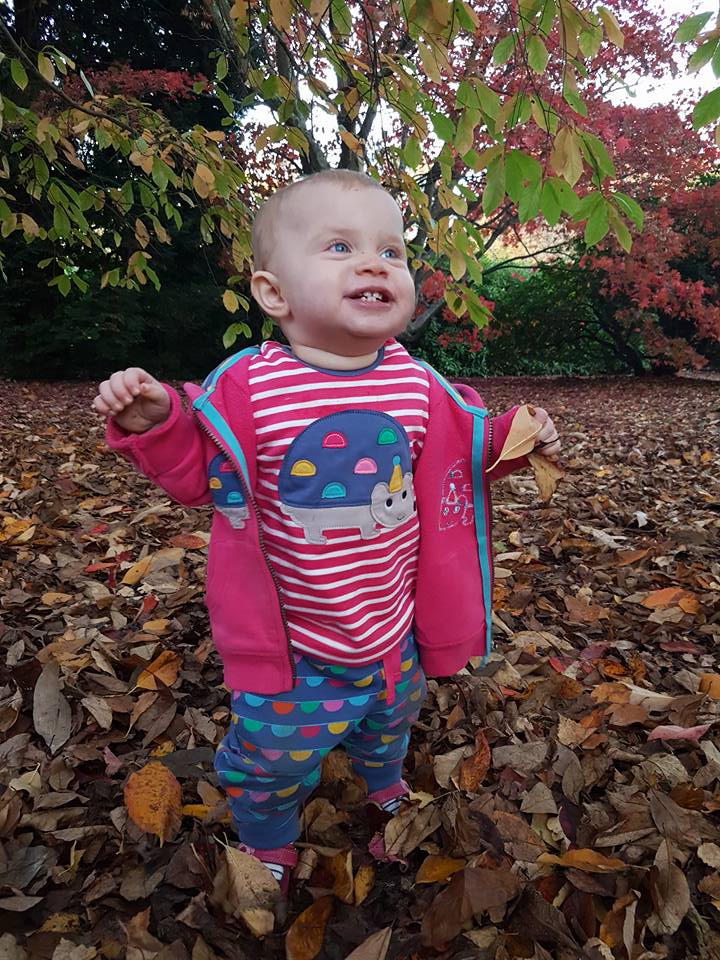 She didn’t stop running around, babbling and picking up leaves! She just had to be kept away from stones as she was fascinated by them and wanted to eat the gravel from the paths! At one point we did manage to get her to sit down. 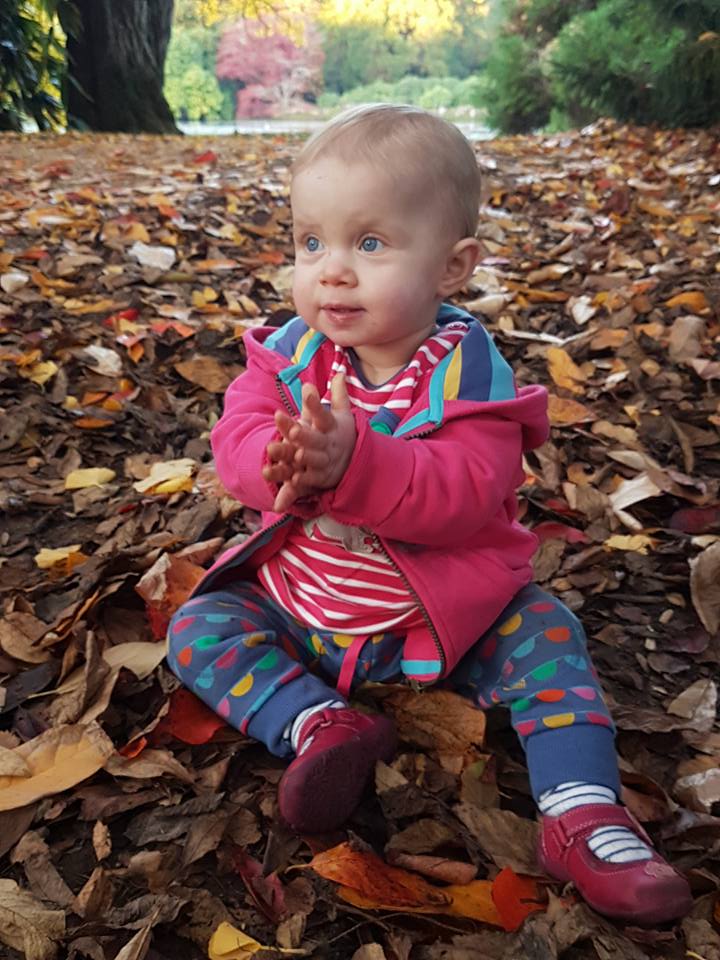 We took our opportunity, showering her in leaves. She thought it was ever so funny! 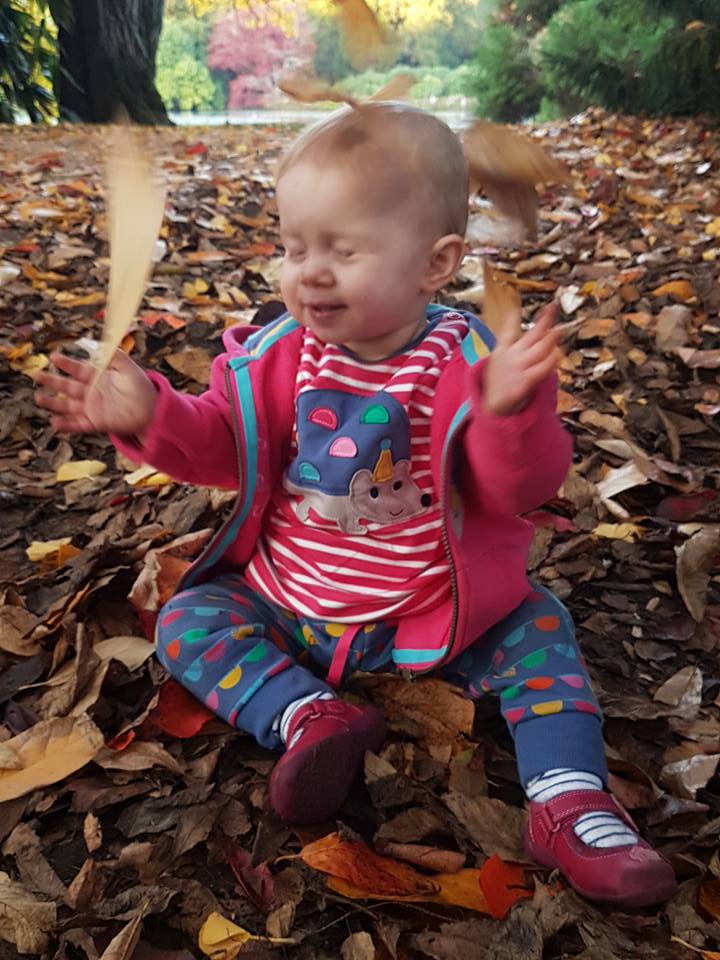 At one point shortly after this, I laid down on the ground to take some photos and she excitedly came up to me and threw some leaves on me. She then laid down with me and gave me a big hug – aww!

We walked around a little more with Autumn and looked at the colours around the park. However, the day was beginning to come to a close. The light was fading and beautiful mist was adding a mysterious look to some of the lakes! 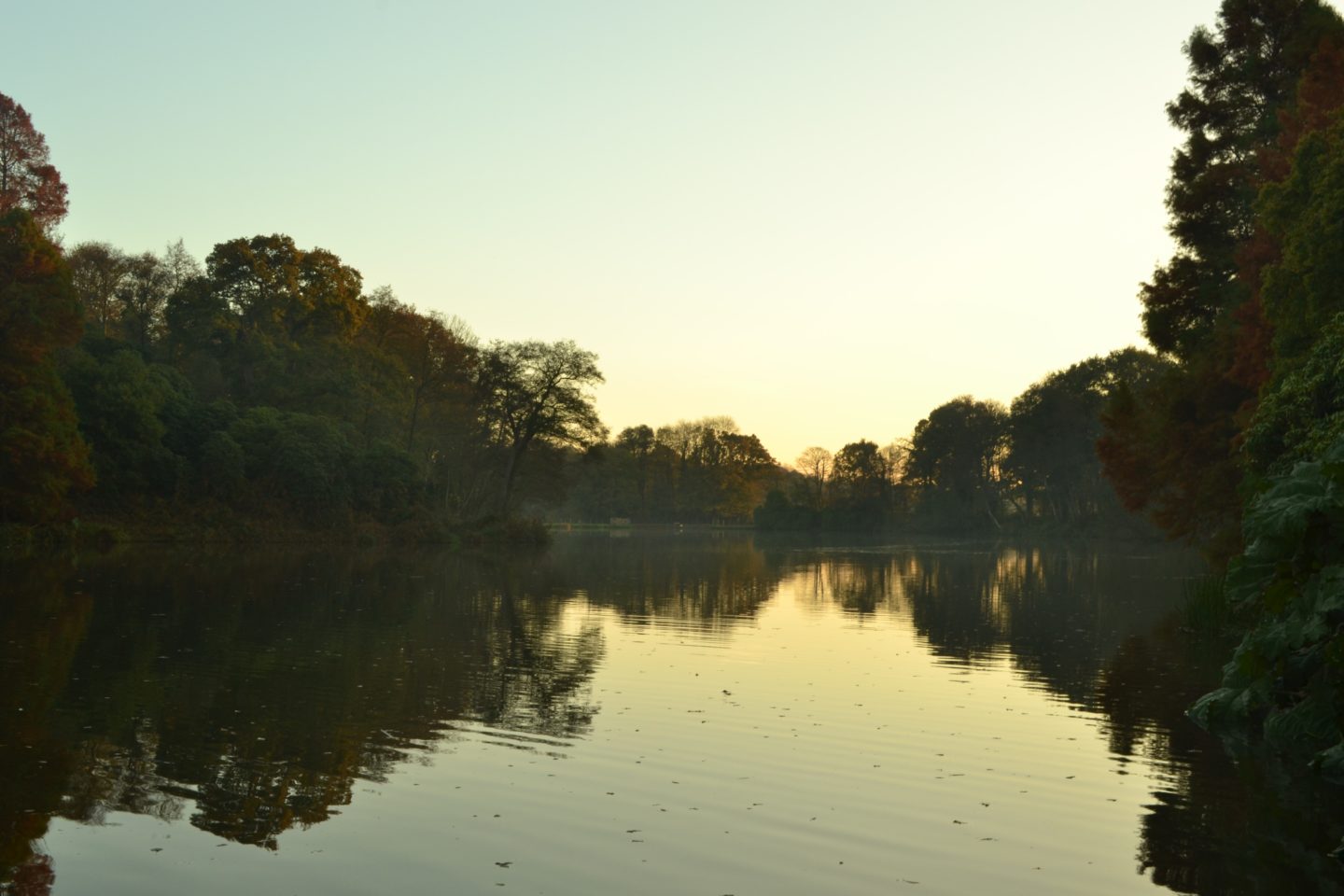 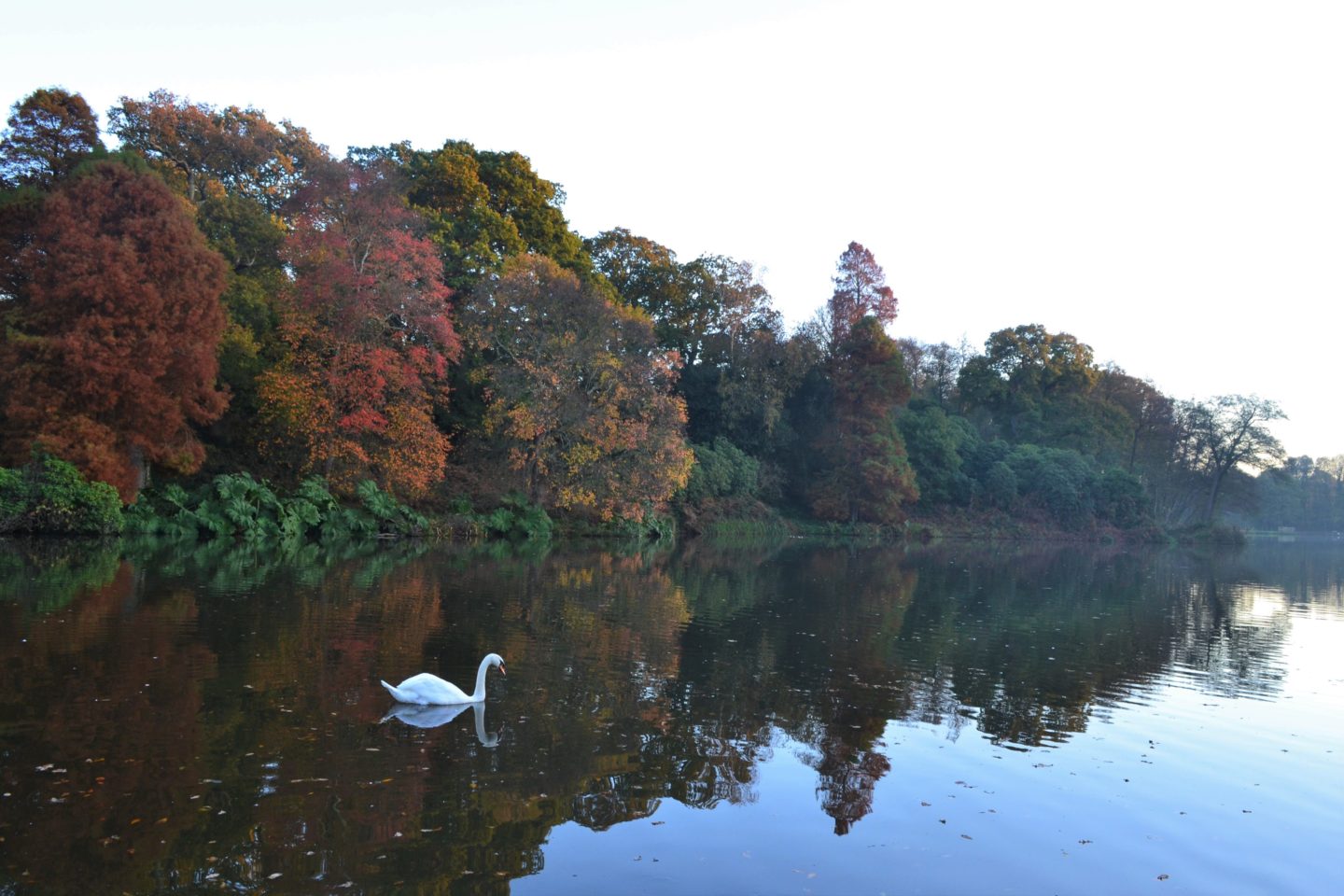 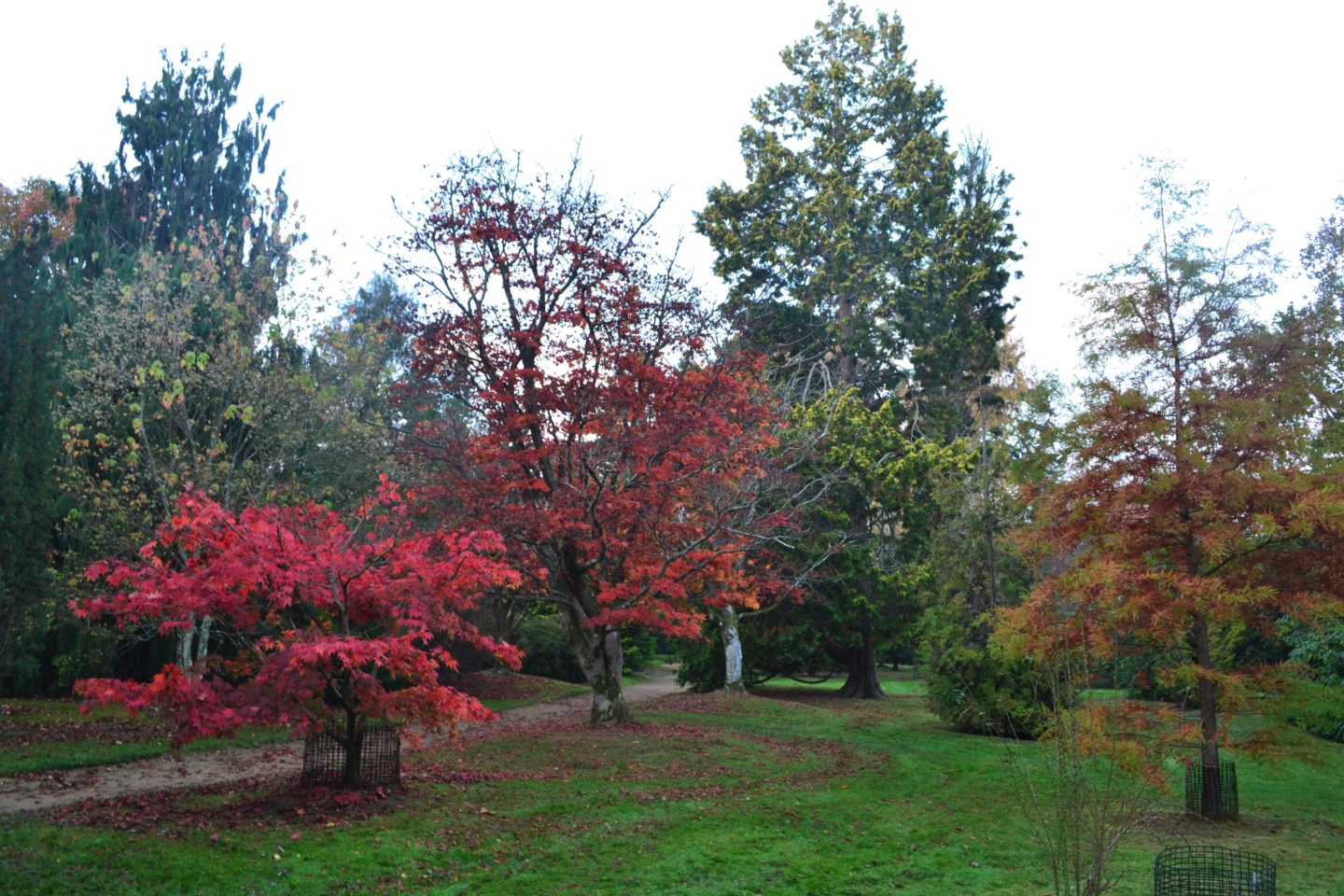 It had been a lovely day, full of fun and adventure for Autumn even if she did get grouchy at points! We visited the gift shop before we left the park and I picked up a book for Autumn. The National Trust have put together a book of 50 things to do before you’re 11 and 3/4. Whilst she’s a bit young for many of them at the moment, there are some things we can do and tick off already! They include things like climbing a tree, building a raft and catching a falling leaf. I think it’s so important for children to spend time in the outdoors and have experiences such as these, rather than spending time in front of a screen all the time.

I just had time to take one last snap before we left the car park. 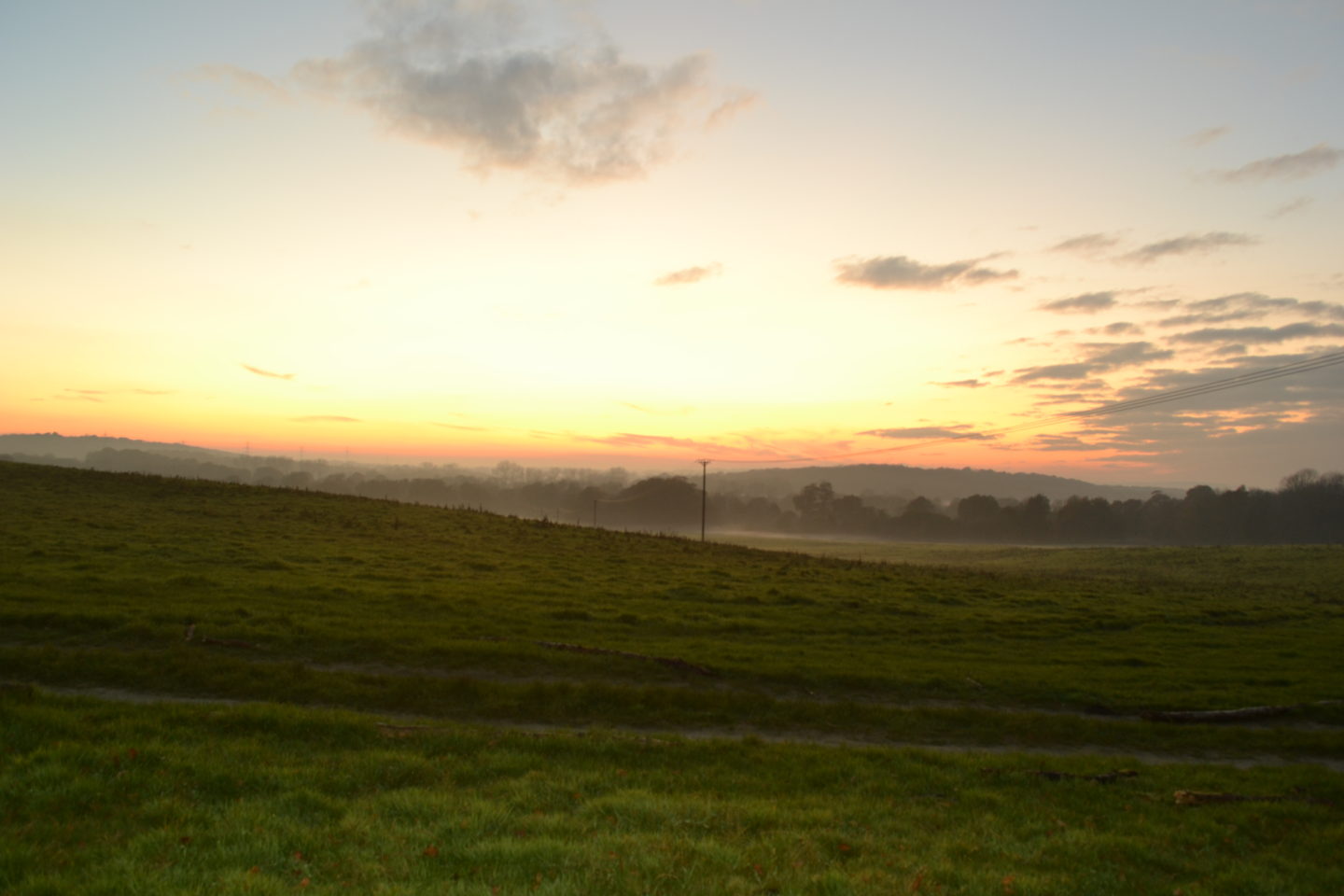 Disclosure: This was not written in conjunction with the National Trust. All thoughts, views and opinions are my own. 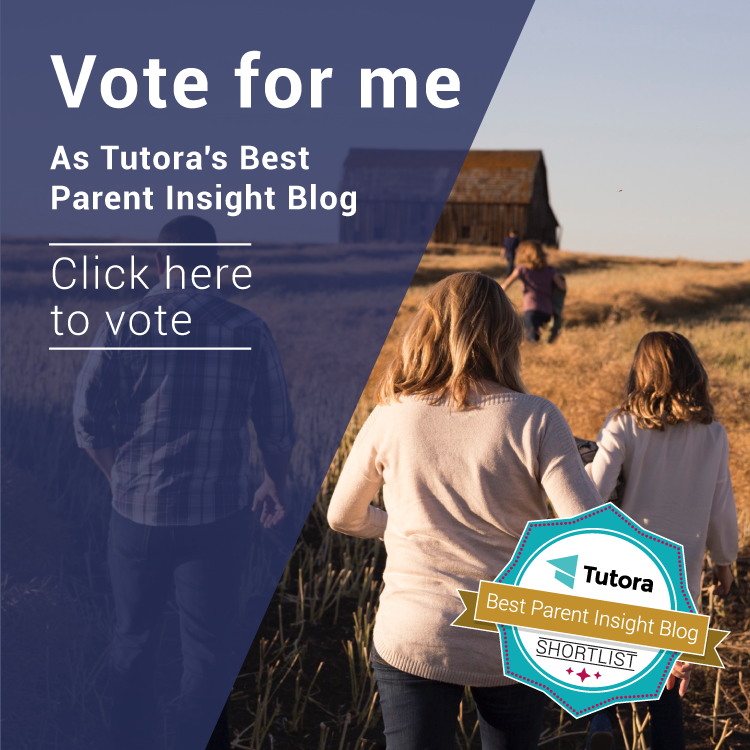 17 thoughts on “A family day out at Sheffield Park”