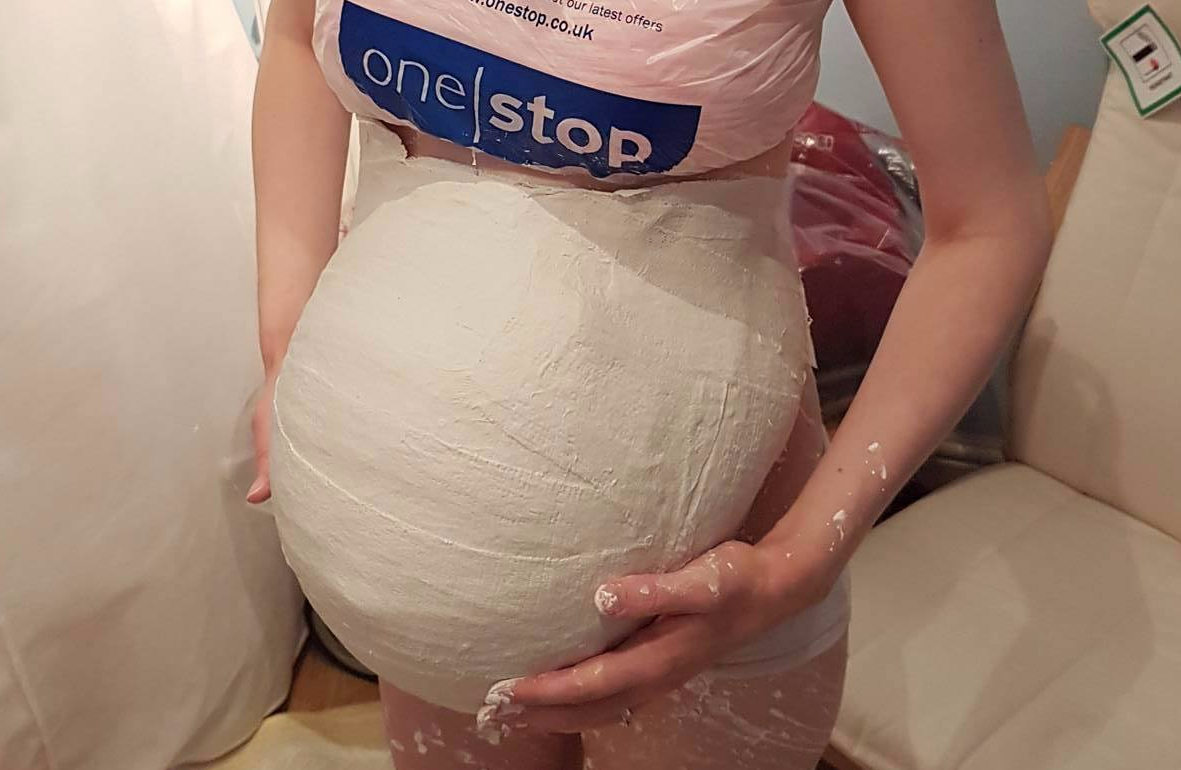 When I was pregnant with Autumn, I saw lots of photos on the internet of women who had made plaster casts of their pregnant bellies. I thought it would be a lovely reminder of my bump and thought it would be amusing to wear in the future to see how big my bump was, (it was HUGE, I can barely believe it when I place it against myself now). Lots of women online also paint beautiful designs on theirs. Mine is still just plain at the moment, but I’d like to do something with it in the future.

Lots of places online sell kits for doing this and they often retail at around £15, but you can do it much more cheaply! All you need to do is buy some plaster of paris bandage rolls and some petroleum jelly. We managed to get these rolls from our local craft shop for a little over £1 each roll. I’m petite and two rolls just about made a cast of my bump, so for most women I’d probably recommend getting three rolls – you’ve still probably saved about £10!

I made my plaster cast at 37 and a half weeks pregnant, as I wasn’t expecting to get much past 37 weeks (in the end, Autumn was actually born the day before her due date though!) Actually, I had terrible braxton hicks while we were doing this and I was urging Dave to do it as quickly as possible in case I was actually in labour!

Have you made a plaster cast of your bump or are you going to give it a go? Let me know in the comments below!