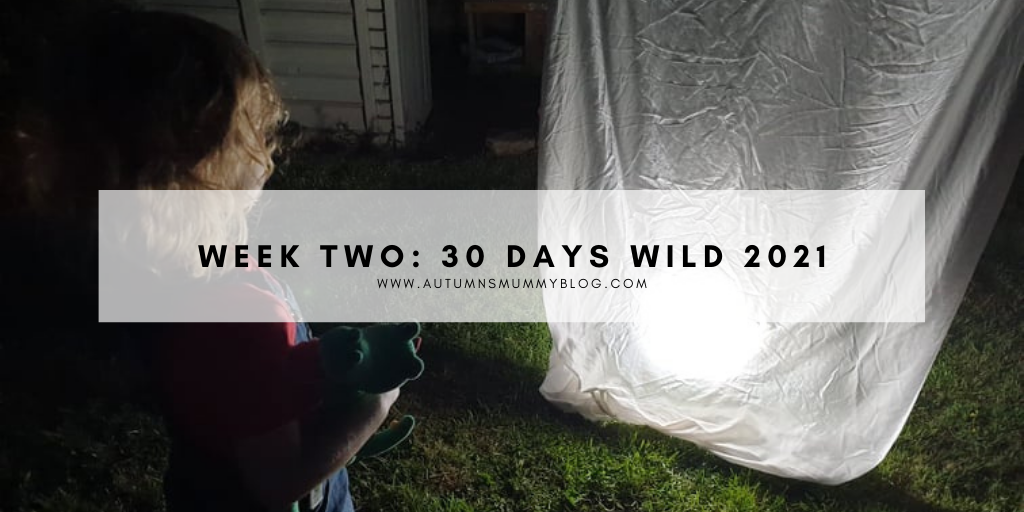 After a successful first week of 30 Days Wild, I think I speak for us both when I say we were excited to start a new week of fun nature related activities! Already, I have noticed that Autumn is paying attention to nature more. Me too, actually. I have noticed she’s becoming braver regarding nature too. She’s not quite as scared of bees as she was and is definitely getting more hands on. Here’s what we’ve been up to over the last week. 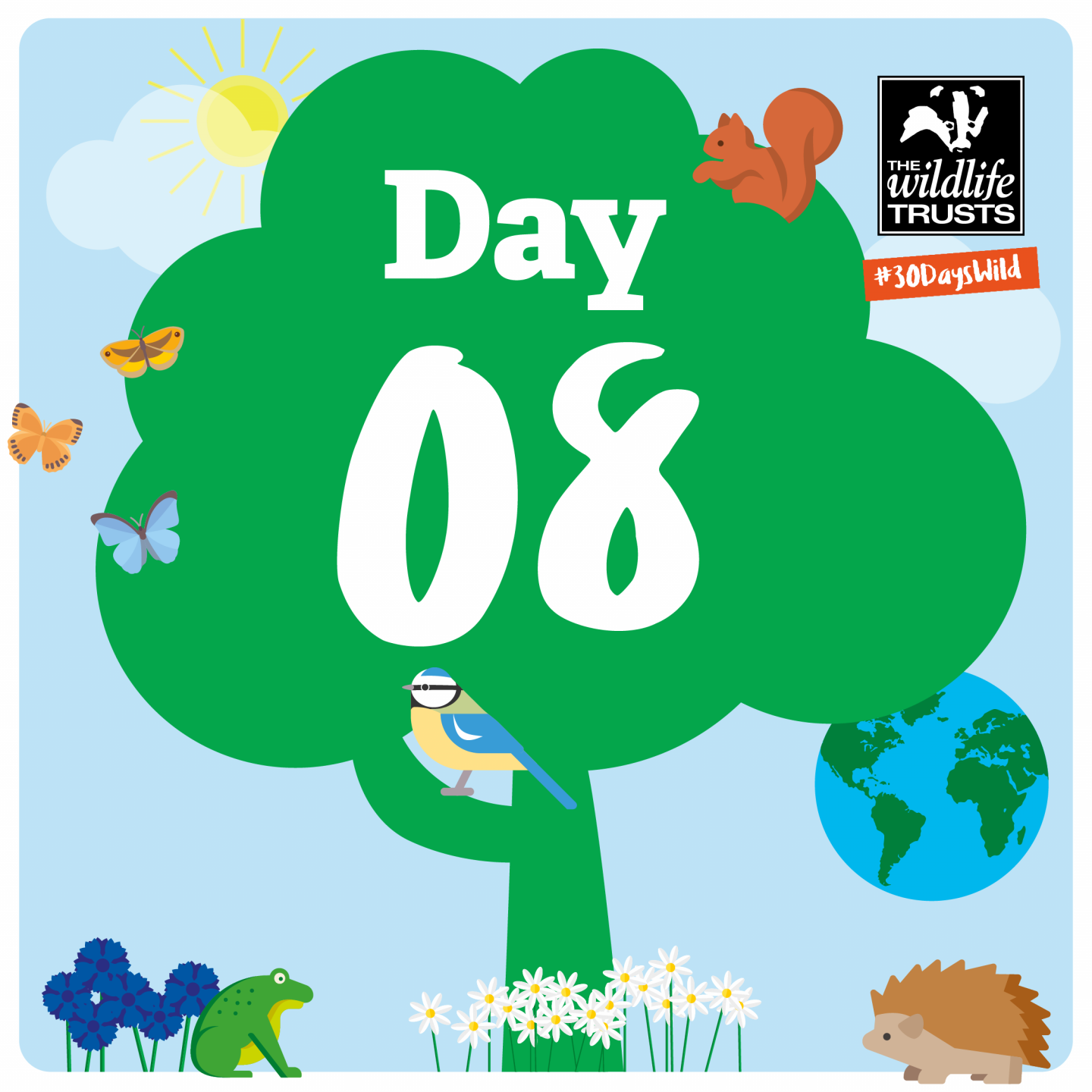 We had a really busy day, so I thought we’d do a quick activity for day 8. When I found a moment, I thought I’d head out into the garden where Autumn was playing and show her how to make a grass trumpet. Picking up a thick blade of grass, I put it between my thumbs and blew. Nothing. I watched videos on YouTube and still couldn’t manage to get it to work. Autumn tried too, but didn’t achieve it either. BUT we’ll keep trying! I think my Dad taught me how to do it, so I need to try and remember to ask him if he could show us both how. 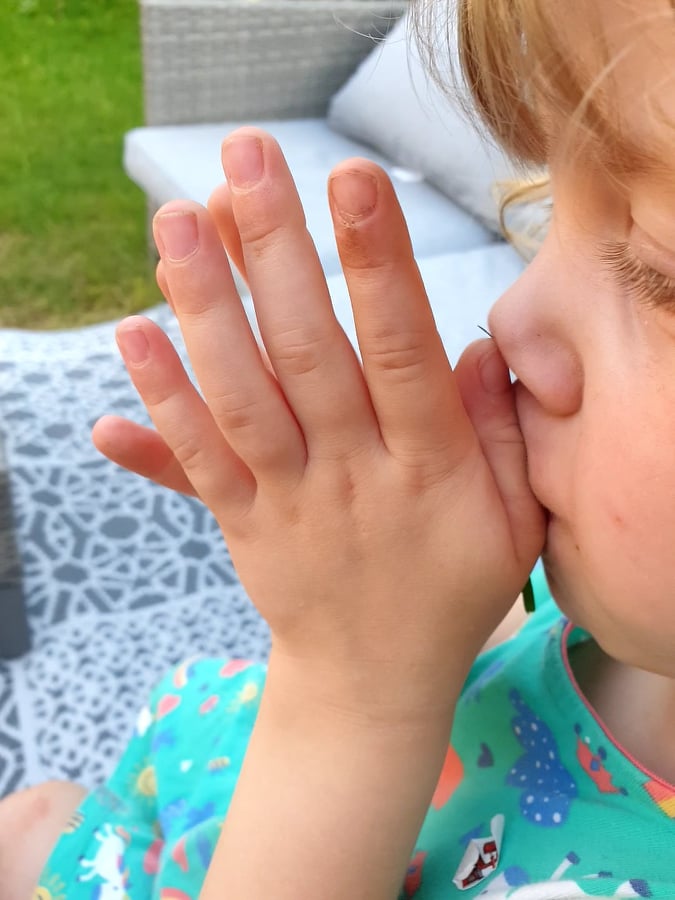 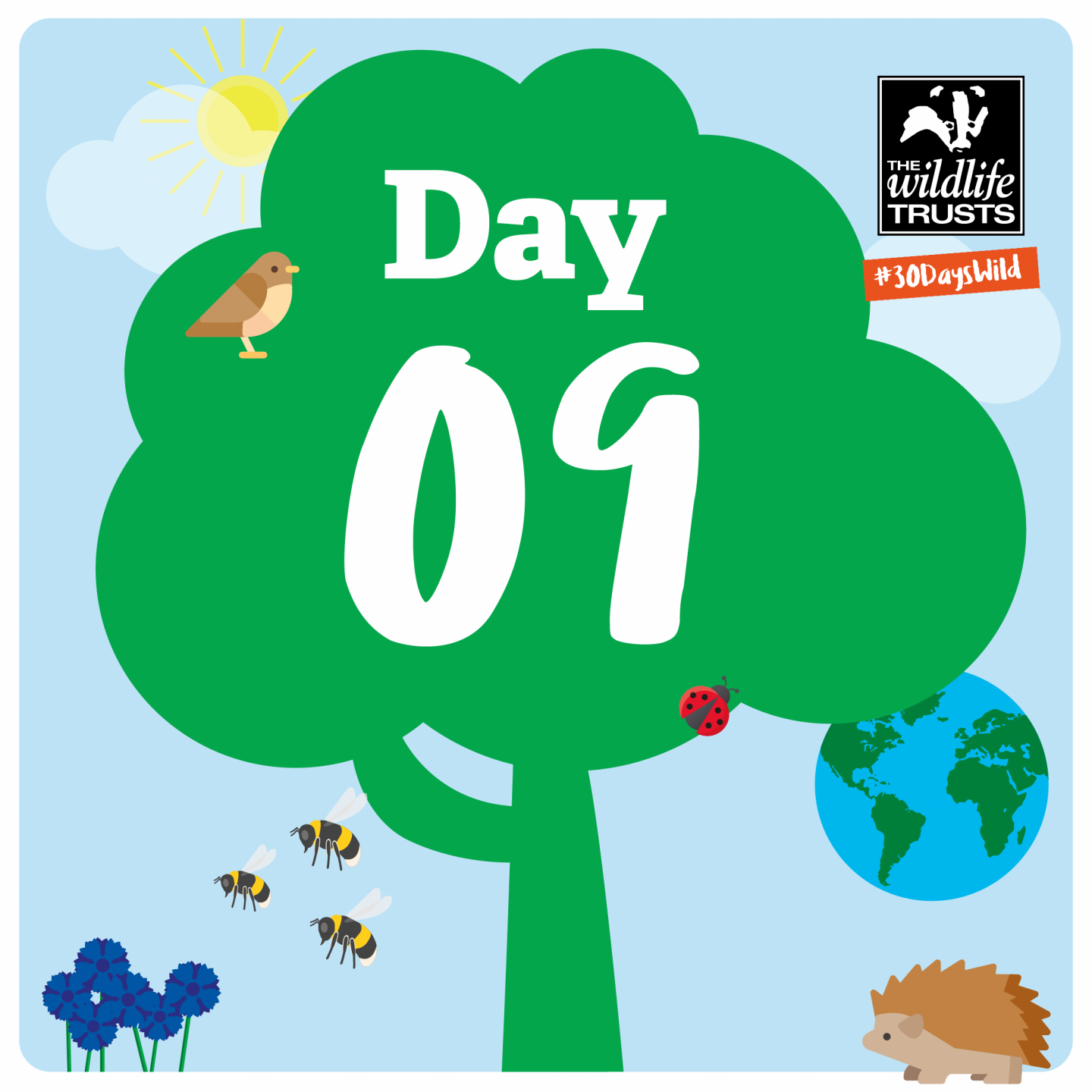 Hugging trees has always come naturally to me. I adore trees and hugging them just feels good (as weird as that probably sounds!) I encouraged Autumn to hug one of the trees in my Nan’s garden. She did it without questioning it…perhaps she likes hugging trees too! 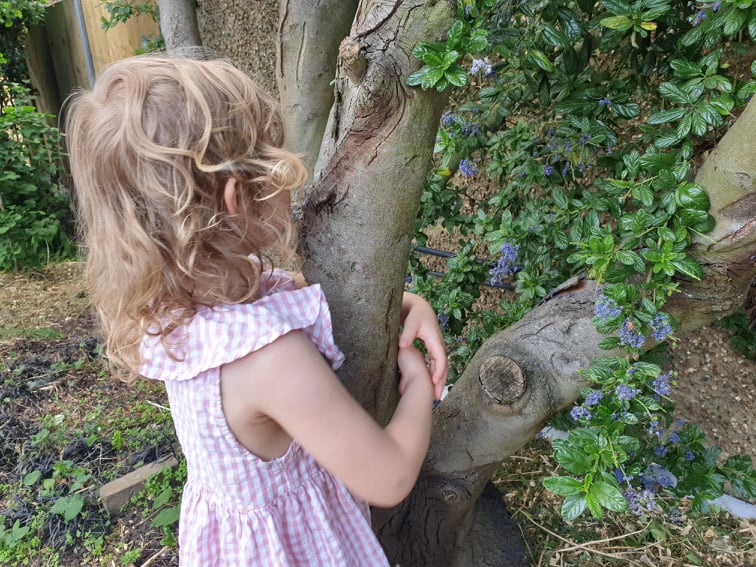 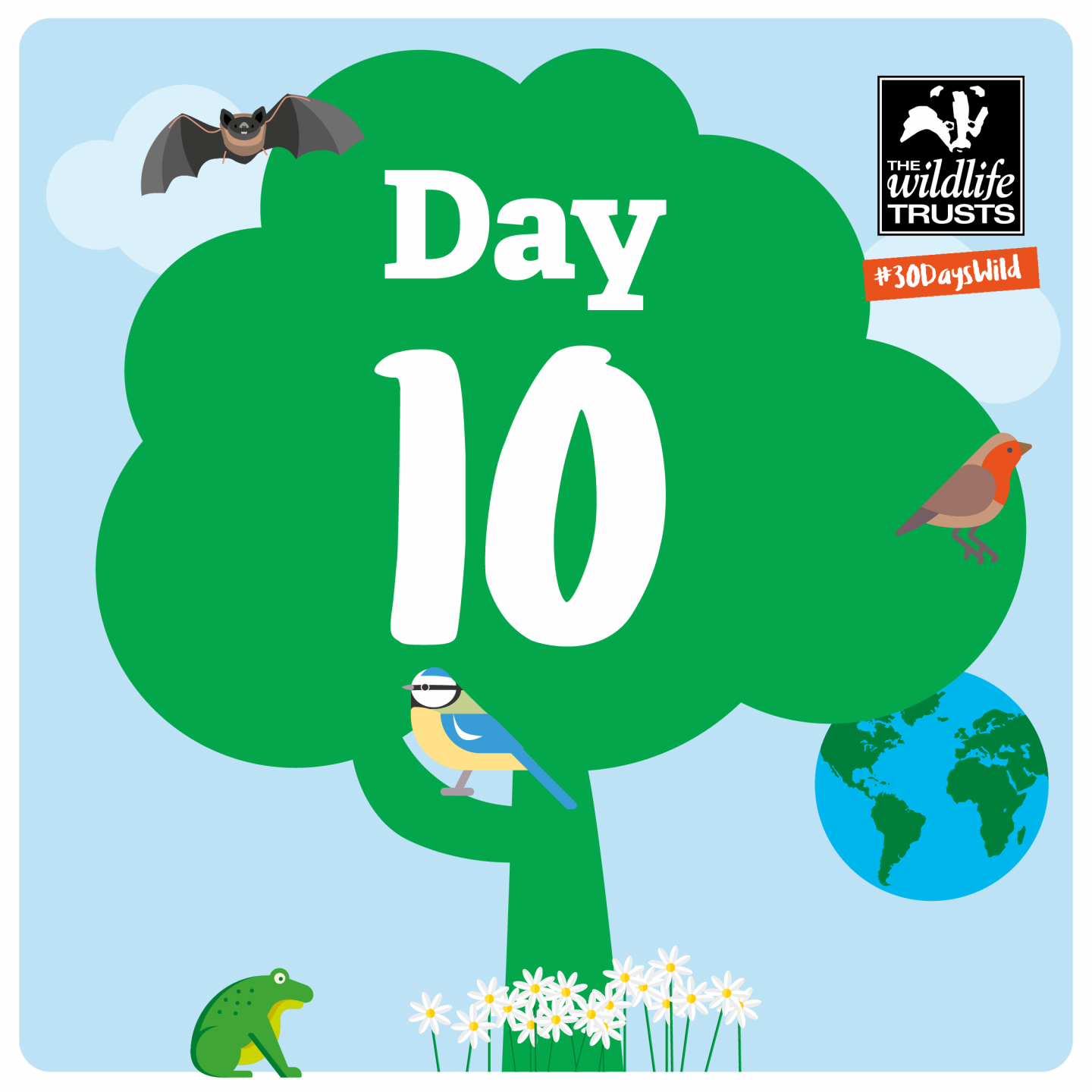 We had a little more time on our hands for day 10, so we made a grass caterpillar! I think Autumn wondered what was going on when I approached her with a stocking. She really enjoyed mixing the compost in a bowl with the grass seeds and stuffing them into the stocking. 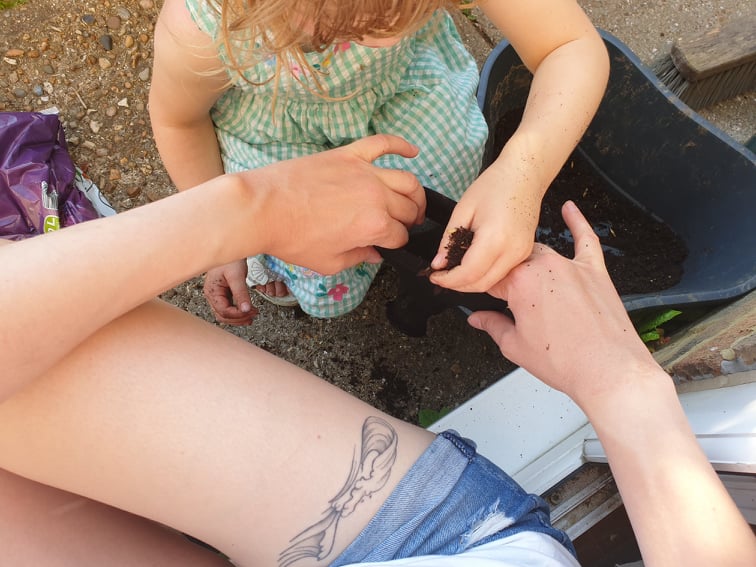 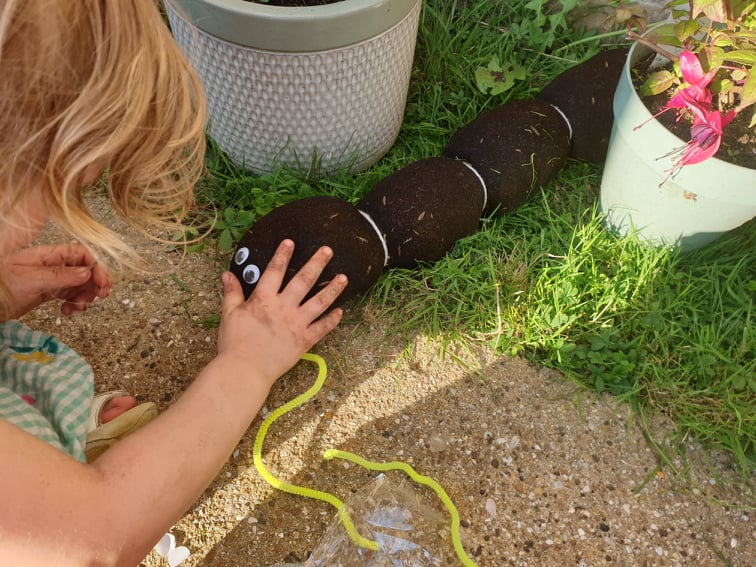 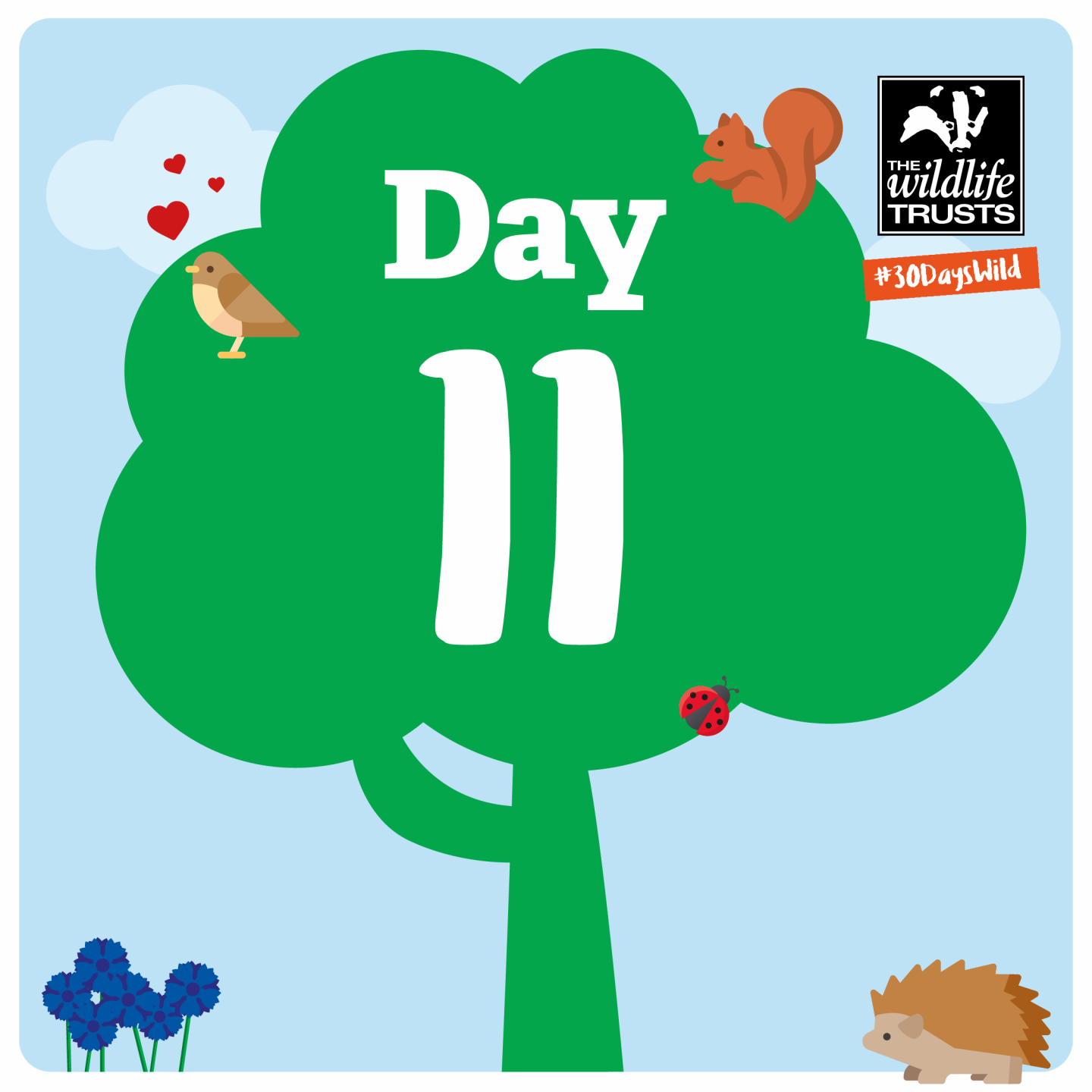 With day 11 being a Friday, I thought I’d let Autumn stay up late so that we could create a moth trap. When it got dark, we pegged a white sheet on the washing line. Then we placed a floodlight behind it and waited. Almost instantly a moth flew onto it! We mostly saw flies, but we did see another couple of moths. I think we’ll do this again later in the summer when there may be more moths around. 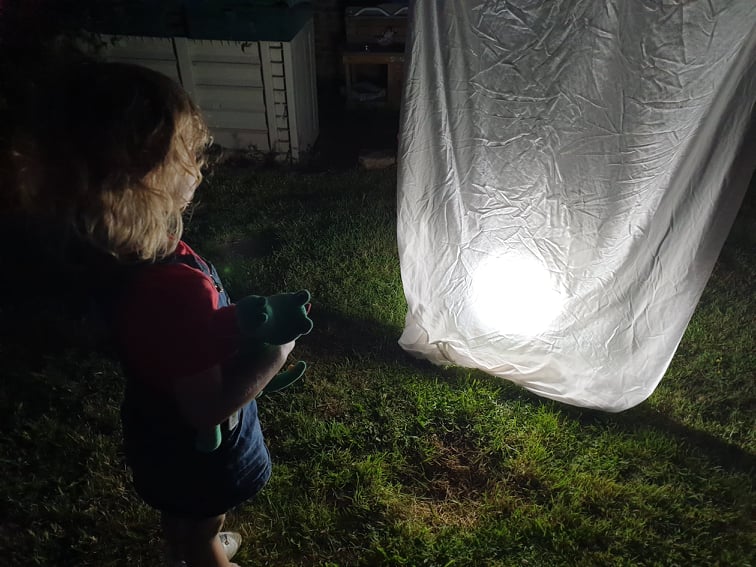 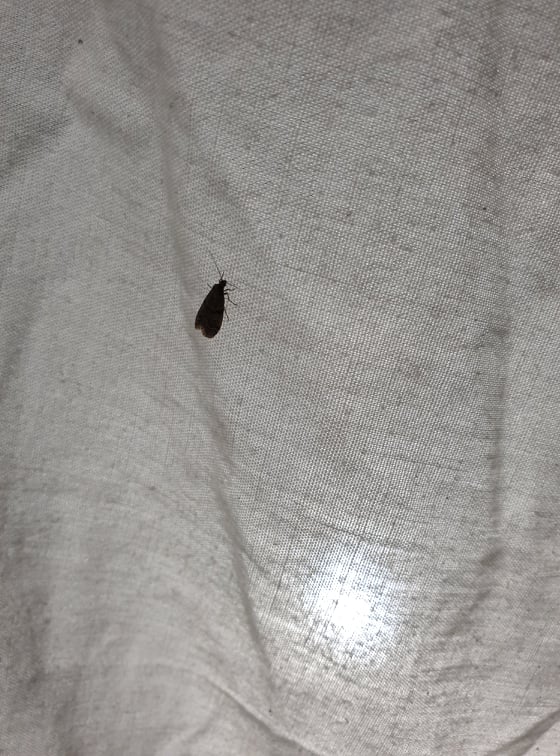 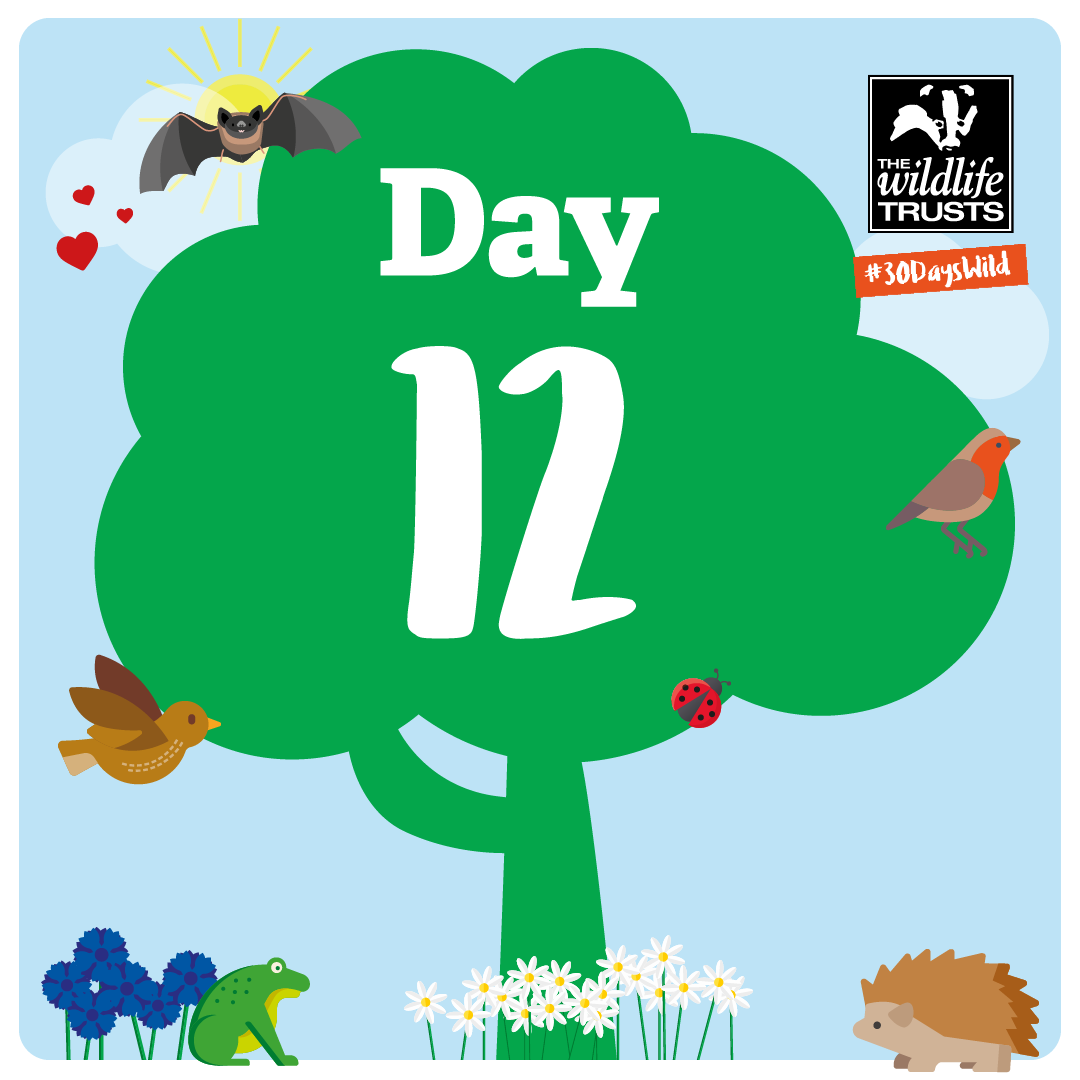 On the 12th day, we visited a family friend’s garden. Autumn adored looking at the fish in the pond and was so excited to feed them! She also collected a couple of eggs that the hens had laid. 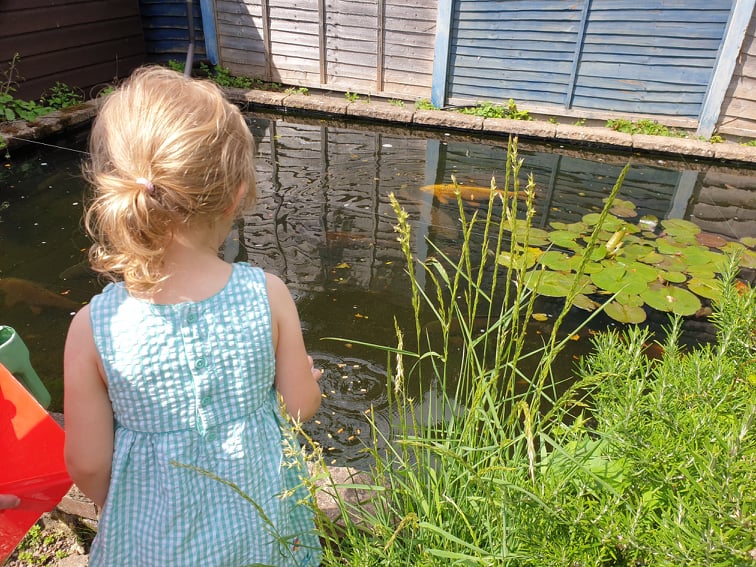 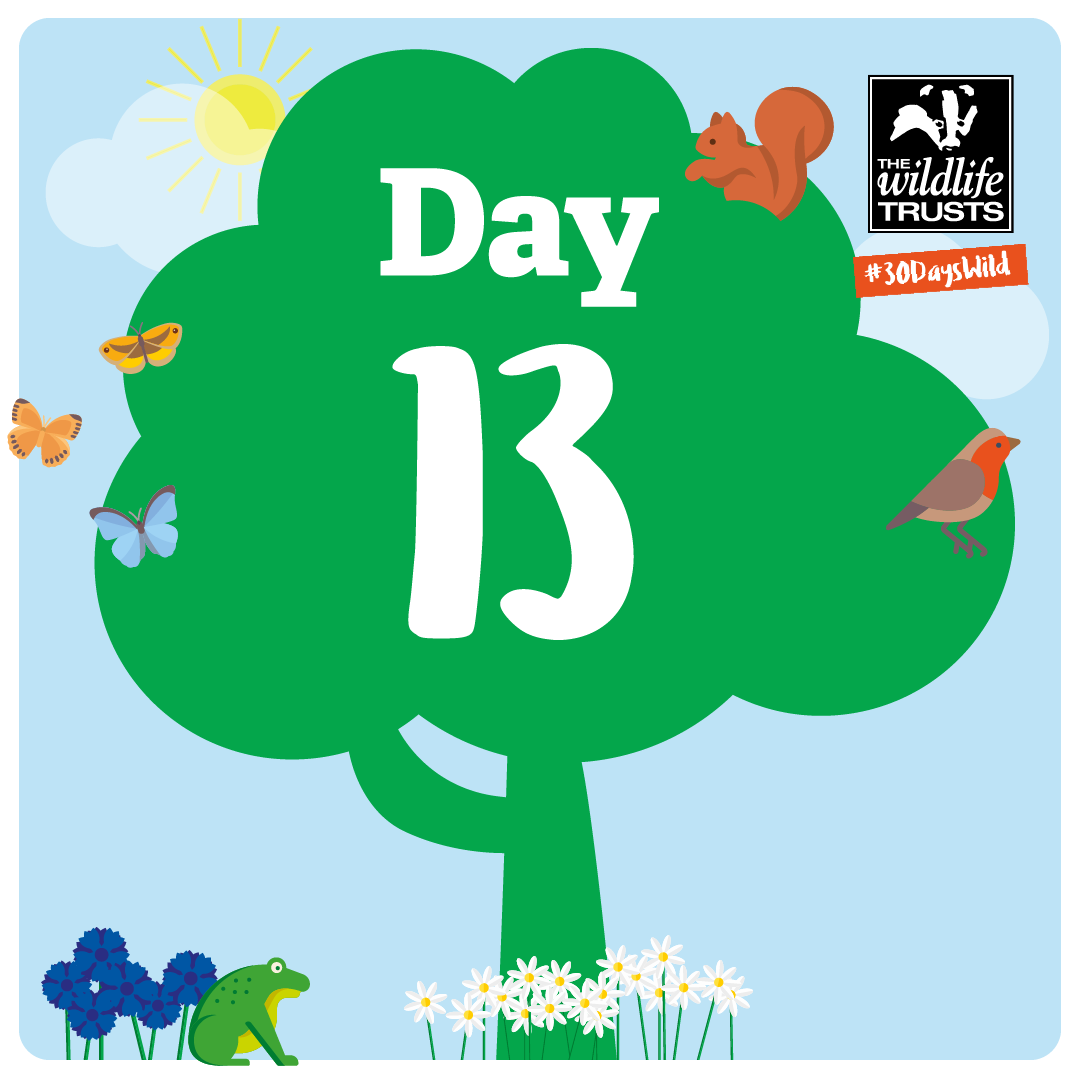 Autumn has always loved ants. She often stops to look at them and pick them up and has done since she was a toddler! However, over the last week or 2, she has definitely become more interested in them and all kinds of insects. On day 13, she went on a bug hunt in my parents’ garden. She found lots of woodlice (or cheesy bugs, as we call them in our neck of the woods!) She gave them some leaves to eat and happily observed them for a while. I found out what they eat and she found it hilarious that they eat their own poo! 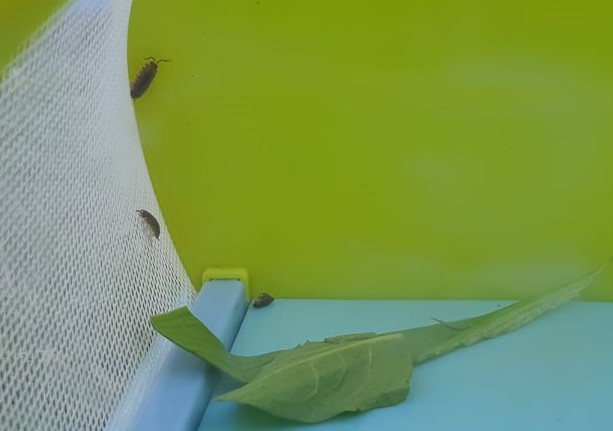 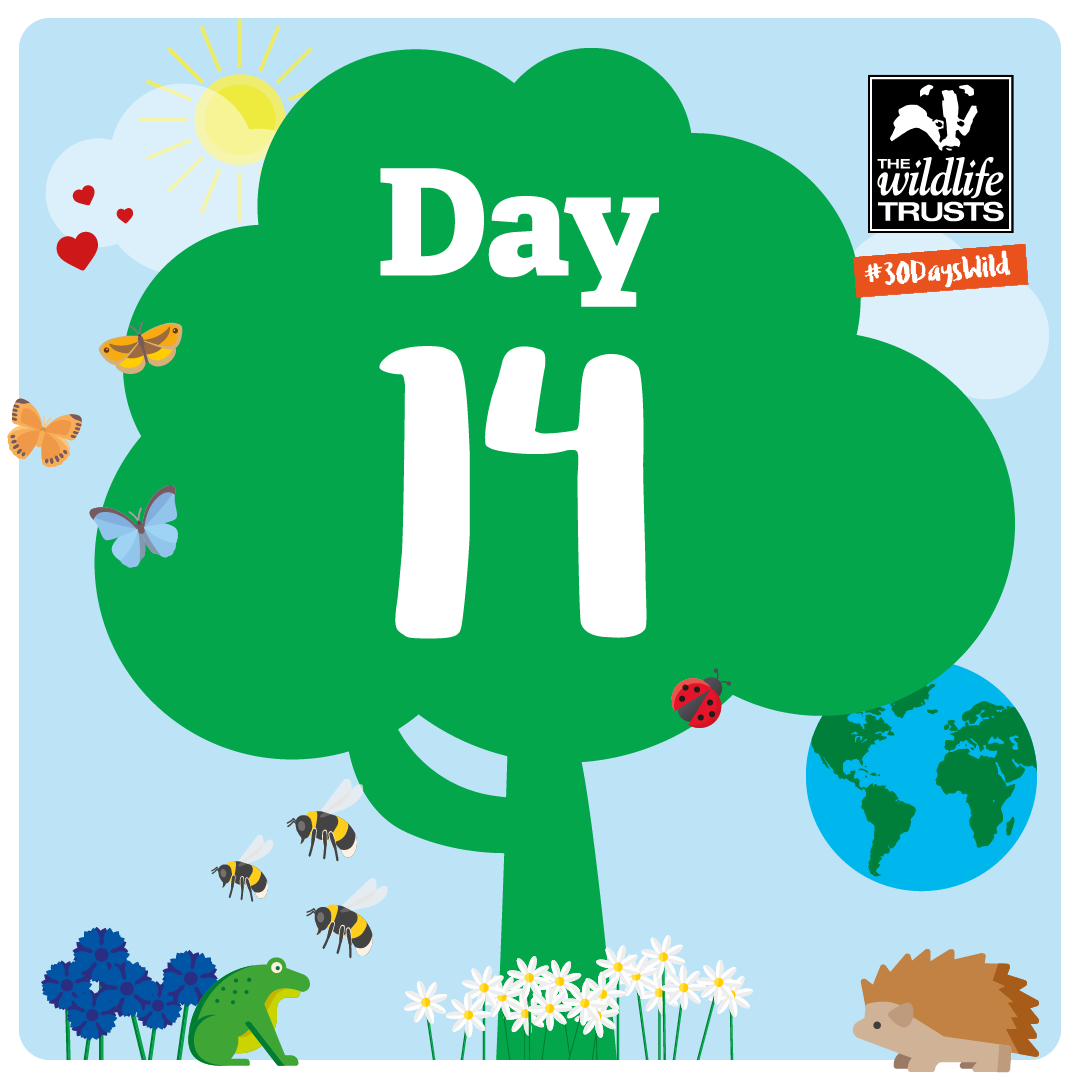 I thought this would be a good opportunity to find out more about a charity and support them in some way. Autumn told me she would like to support an animal charity and decided on elephants. I immediately thought of Howletts, as they have lots  there. This would also give the advantage of us being able to visit the elephants there as it’s only a 30 minute or so drive from us. We adopted a sweet little elephant called Nusu. Money will go towards the elephants’ food (they eat a LOT) and hopefully helping to rehabilitate some elephants in their native habitats. 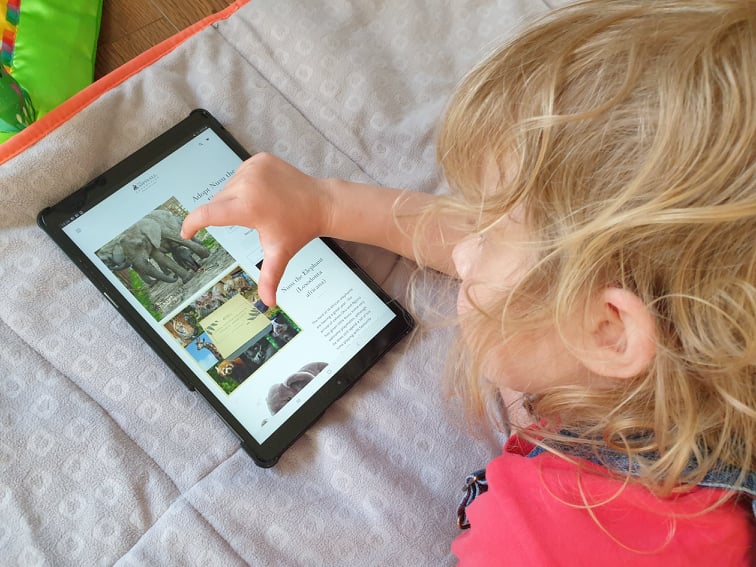