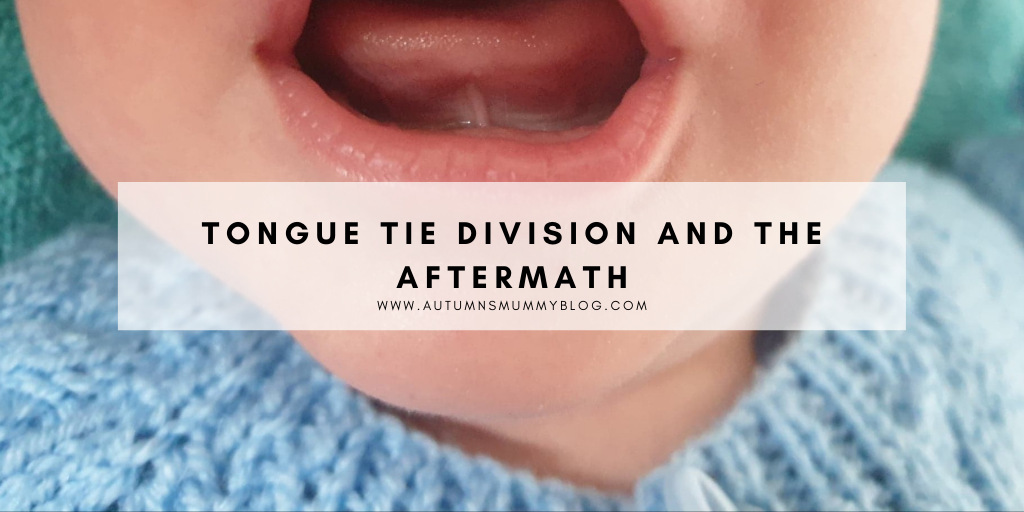 The other week I wrote about how Reuben was surprisingly diagnosed with a posterior tongue tie just before he turned 8 weeks old. I was really worried about taking him for his tongue tie division. Of course, Covid-19 rules meant that my husband couldn’t come in with me for much needed support. Although I’d been assured that it doesn’t really hurt babies and the reason they cry is due to the discomfort of having their mouth held open and poked around, I was still concerned.

The appointment began with another examination of his mouth and tongue. The lady felt really bad as Reuben was really smiling and making adorable noises at her! We then went through paperwork and ensured that I knew of the risks. Although excessive bleeding is incredibly rare, it was still quite concerning. What if he was that one baby? Someone has to be, after all. Although, apparently it’s so rare that hospitals don’t really know what to do when you get there. I was provided a leaflet with information on for the hospital just in case. After this, I was asked if I was ready to go ahead.

Reminding myself that the risk was low and the benefits should be that we could continue our breastfeeding journey, I agreed. Another woman was summoned into the room and I gave her Reuben’s blanket. I popped him up and she wrapped him up while the other lady prepared the instruments. They told me to look away and get a boob ready!

By the time I’d faffed with my top and bra, it was done. I felt bad, but relieved. It was awful seeing him with blood in his mouth, but I knew it looked worse than it was. I tried to keep a matter of fact state of mind and do what what I needed to do. Rocking him and offering him milk, I was able to calm him down quickly. So much so that he fell asleep on my shoulder!

I’d been warned that he could be grumpy later, particularly the next day. However, when he woke up he was his usual smiley self! He kept wiggling his tongue, looking surprised at the new ways he could move it.

We were given tongue exercises to do for a couple of weeks, starting from 24 hours after the procedure. I turned them into a game and he found them really fun. It was an relief to see that the tongue tie division had healed well when I looked into his little mouth.

Fortunately, unlike in some instances, breastfeeding didn’t get worse for a little while before it got better after the tongue tie was cut. However, it is still a work in progress trying to make sure that Reuben latches properly each time. I think he’s got a little set in his old ways and likes lazily reverting to the shallow latch he’s used to. With perseverance, I think we’re starting to get there though. I’m really hopeful that together we’ll reach my next target of 3 months of breastfeeding (bronze boobies!)