As is often the way at this time of year, there are lots of nasty bugs and viruses going around. I’ve managed to catch a lot of them, being unwell from the end of September until now (with the exception of only one week!) I’ve been particularly poorly over the last couple of weeks since we got back from Bluestone. Unfortunately, it’s put me behind with everything. My poor little blog has had hardly any attention. Just working and looking after Autumn has taken up all my energy!

Anyway, that’s enough whining. I’m excited because I can finally write about our lovely week at Bluestone, visiting Elftopia (Kingdom of the Elves) and seeing many of the things that Christmasland had to offer! I’ve been itching to write a diary of our week. It will be lovely for Autumn to look back on when she’s older!

We set off from our home in Kent at 5.40am. We’d hoped to leave earlier, however it just didn’t work out. It was so early and we were very sluggish! As such, we ended up getting caught in some of the horrible rush hour traffic we’d hoped to miss on the M25. We stopped for a bit of a break at Cobham services. 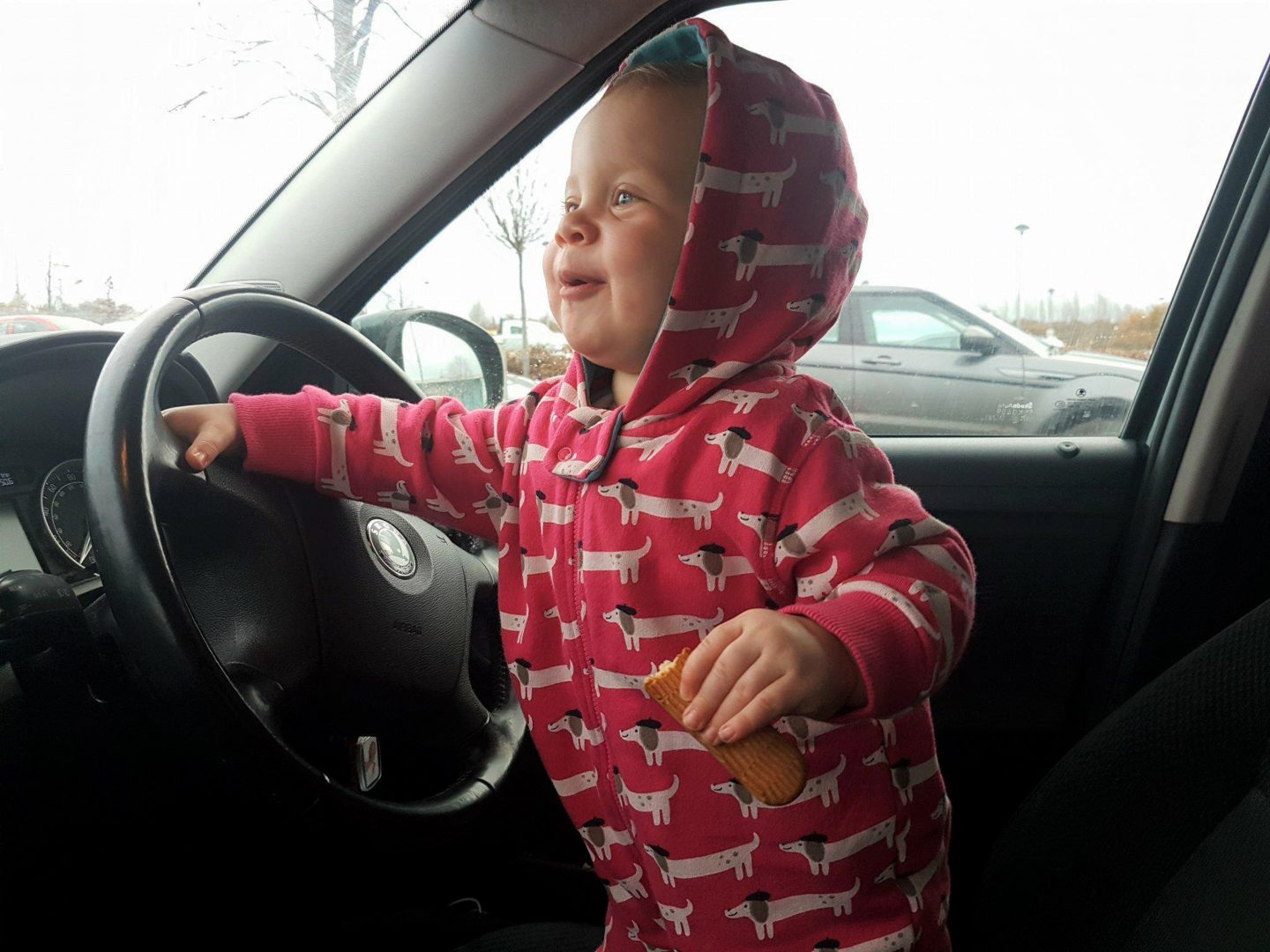 Once we got onto the M4, it was a much smoother journey. We made a stop in Penarth near Cardiff, to visit Funky Monkey. If you’ve seen my Instagram, you’ve probably seen Autumn wearing lots of brightly coloured Frugi clothes. I’m a little bit of an addict! 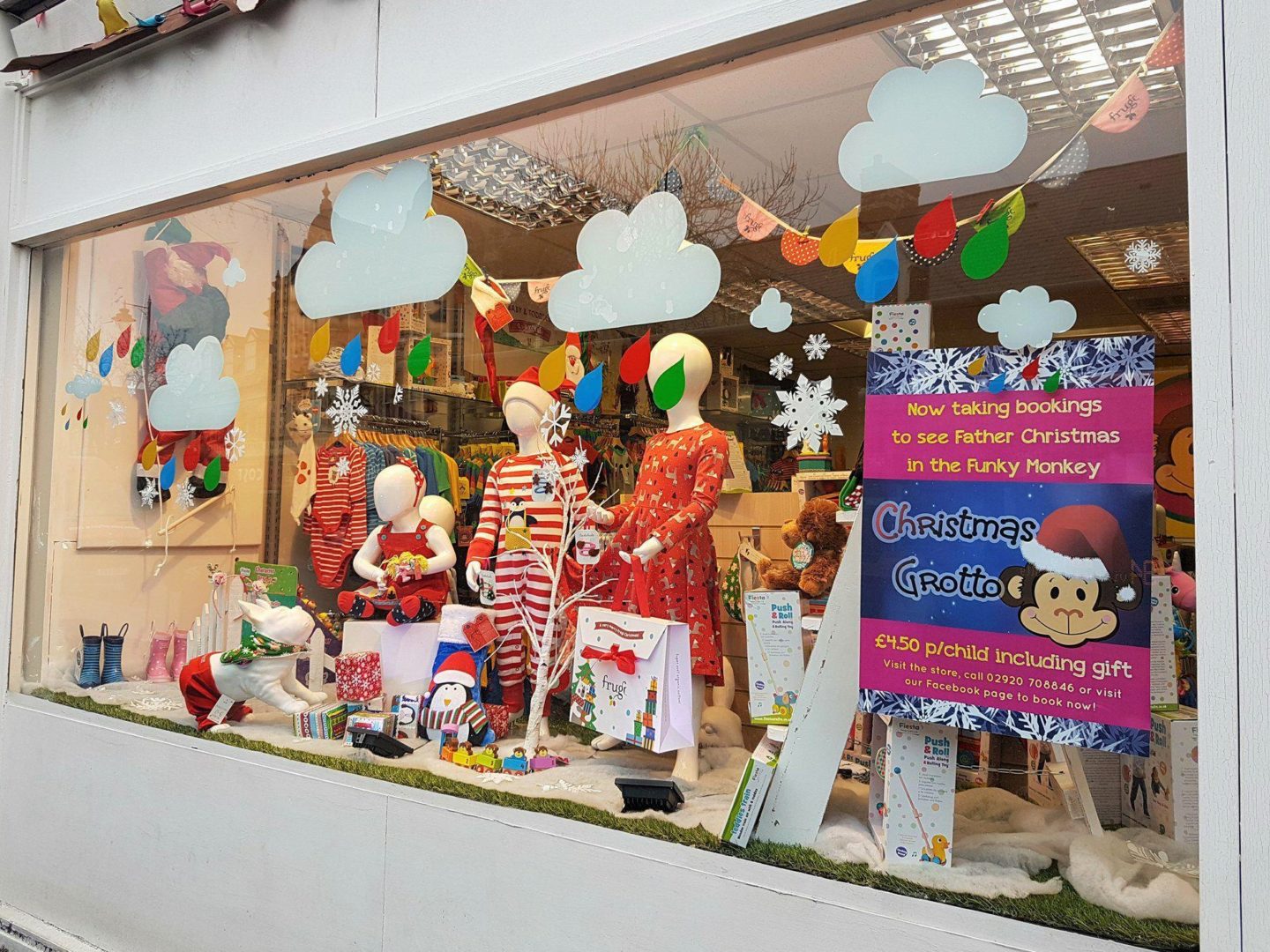 I’d ordered from Funky Monkey online a couple of times in the past. As such, it was lovely to actually visit the shop in real life. I was not left disappointed! There were rails upon rails of beautiful organic clothing and I could have spent hours there. I think Autumn was a fan too – although that may have been because the owner, Justin, gave her a gingerbread man! After a selfie with Justin as requested by a Frugi mad mum in a Frugi mad Facebook group I’m part of and a couple of cheeky purchases, we ate some sandwiches and were on the road again.

I was relieved when we finally got to Bluestone. It’s quite a long journey for us and Autumn was starting to get irritable. The drive-through booking in system was very impressive! I was expecting the traditional building you walk into, but this was much more efficient! We were given our folder containing our lodge key-card, our Blue Lagoon tickets, our pocket guide and other information including maps and activities during the week. 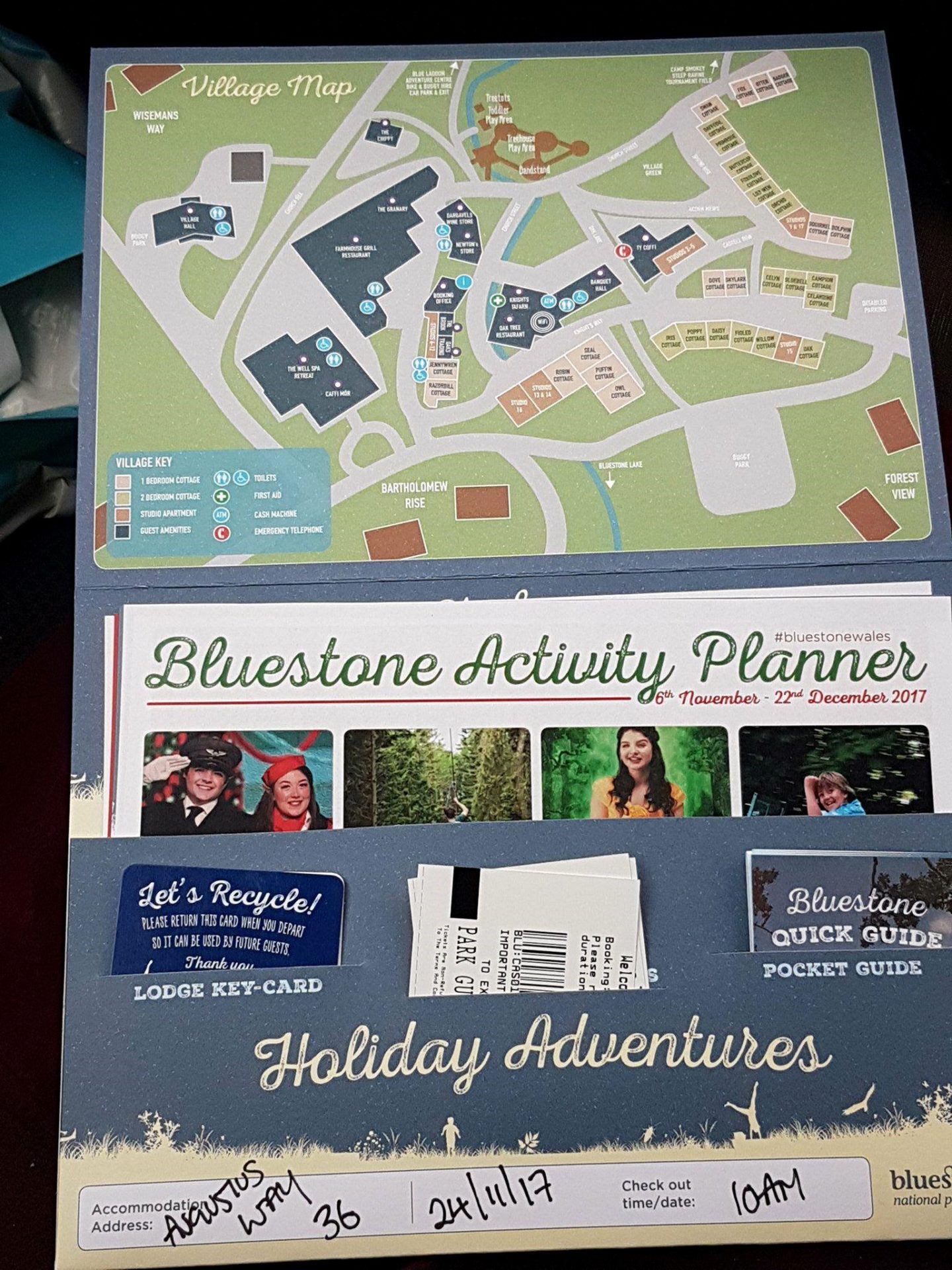 It was raining like crazy and we couldn’t get into our lodge until 4pm. We took a walk down to the village and got incredibly drenched within a couple of minutes. 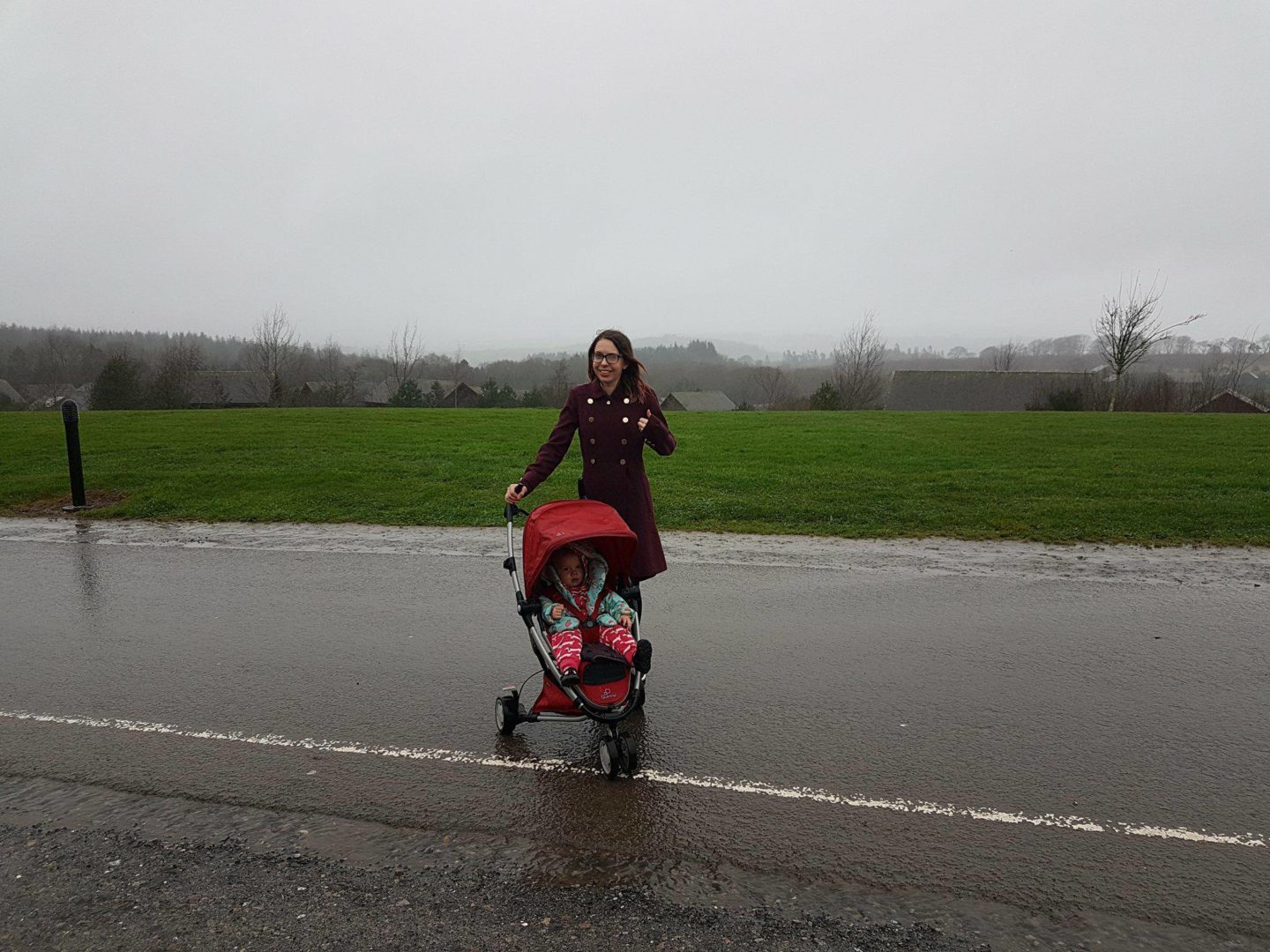 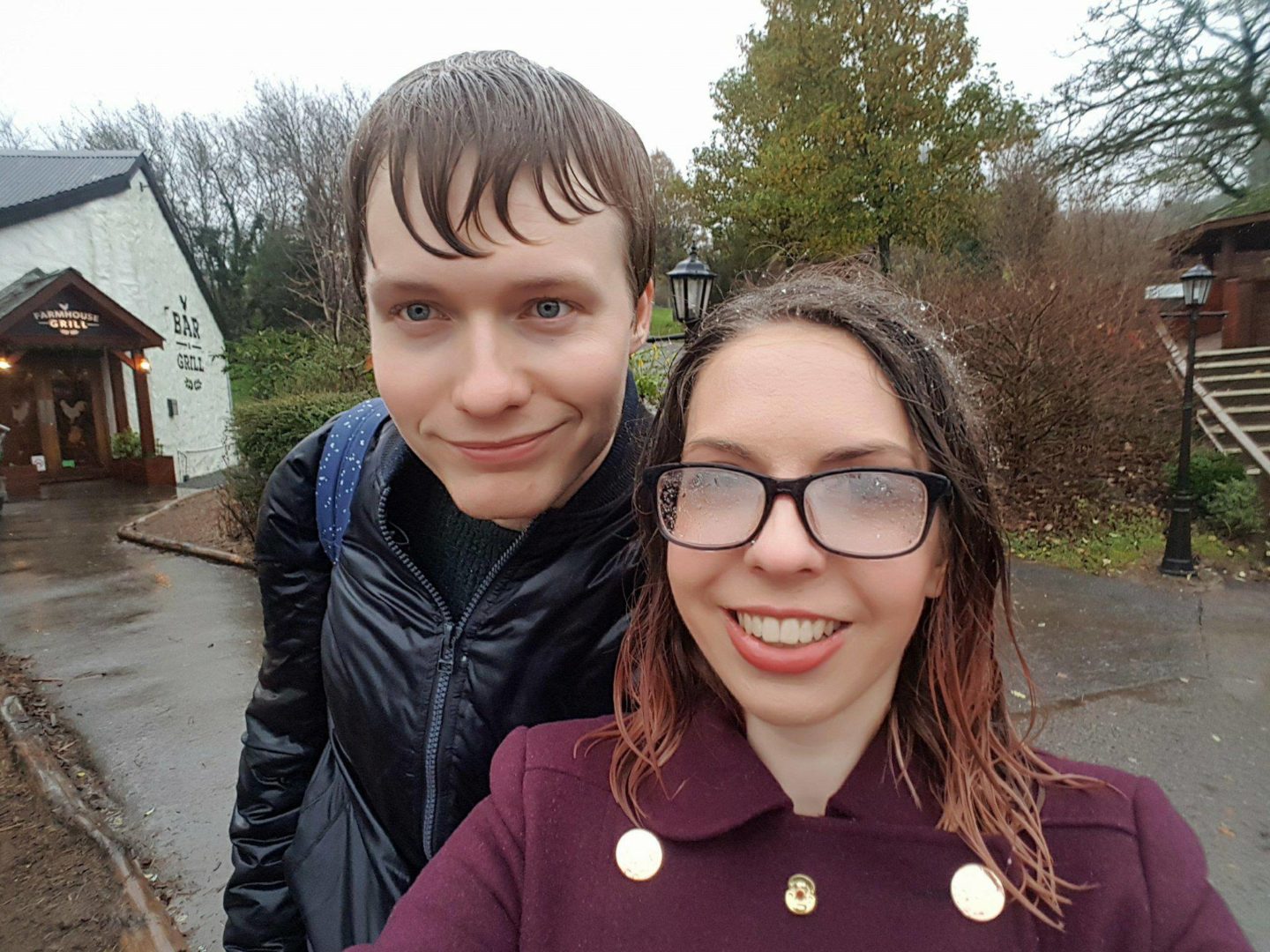 I did have an umbrella, but it was so windy, I had to give up with it because it was on the verge of breaking. I have clothing to deal with Wales in the summer, but not in the winter. At the very least, a decent umbrella would have helped! Fortunately, the village at Bluestone has a few shops and a number of places to have a drink and a bite to eat. I got some ear muffs to protect my painful ears (they’re very sensitive to the wind) and we headed to Ty Coffi. The warmth and cosiness felt amazing when we came in from the elements. There was a fairly good choice of cakes and things to eat,  despite the time of day, and the staff were very friendly. 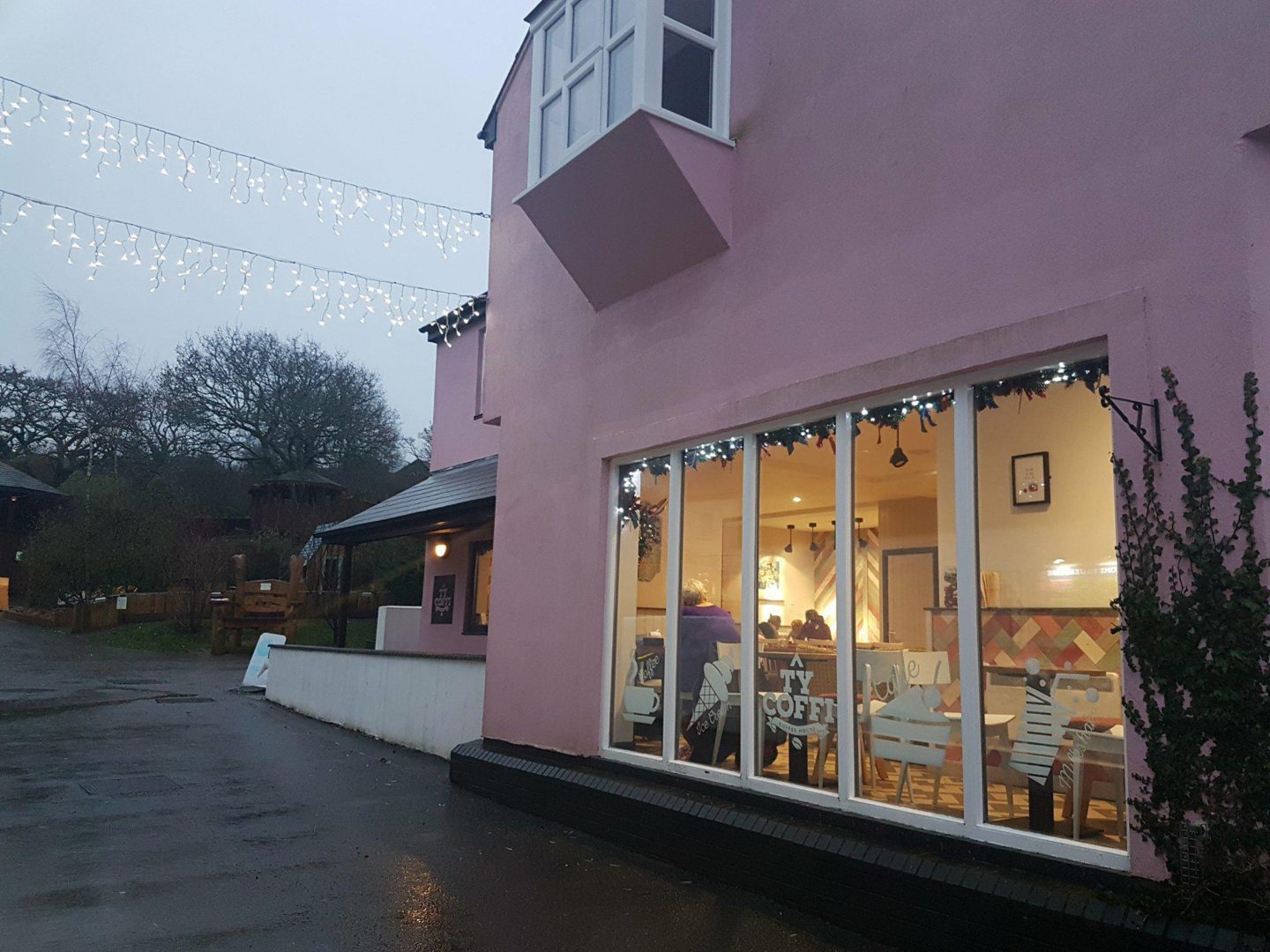 Once we’d warmed up and had something to eat, it was almost 4pm (check in time). Autumn and I checked in to the lodge. I wanted to take some pictures of the lodge before all our stuff was there, while Dave went to get the car. It’s worth stating at this point that for the most part, Bluestone is pedestrian friendly and as such you have to leave your car in the car park except for when you’re checking in or checking out. To get around the site, you can either walk, catch the Land train or hire a buggy.

Anyway, I digress! Our lodge was so lovely and spacious. It felt like everything had been thought of. The kitchen was well equipped and there was a high chair and travel cot supplied. Everything was lovely and clean. 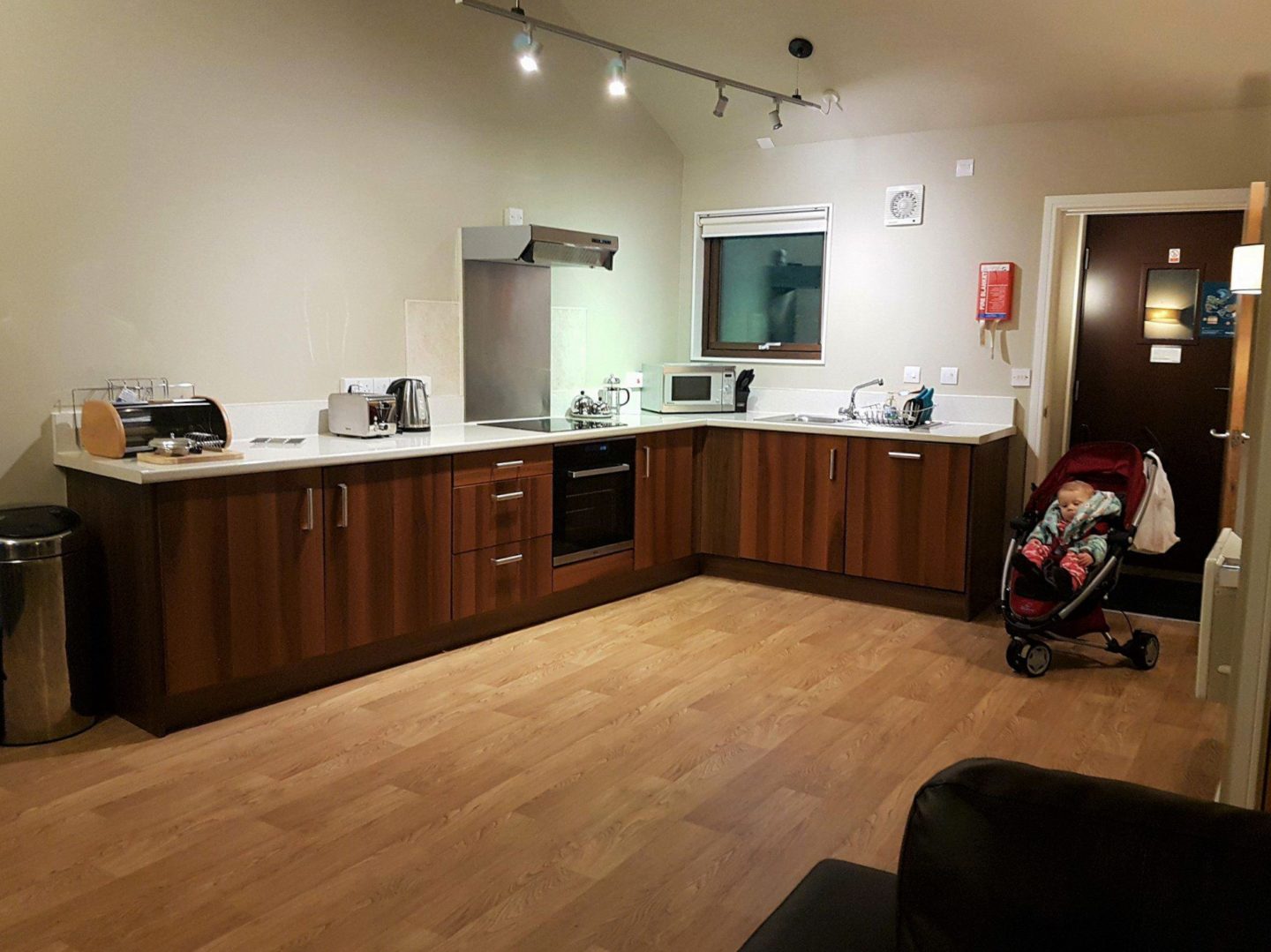 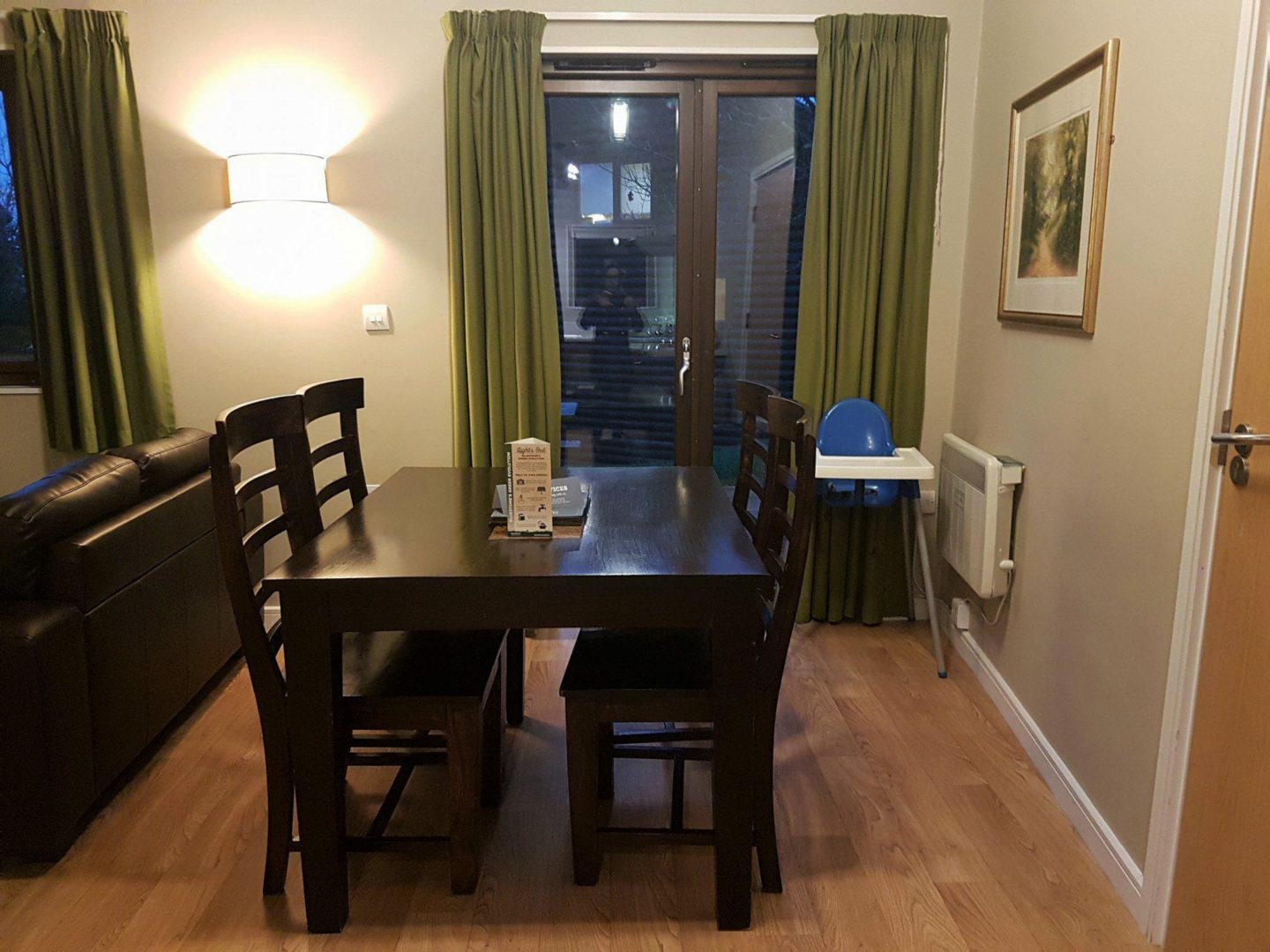 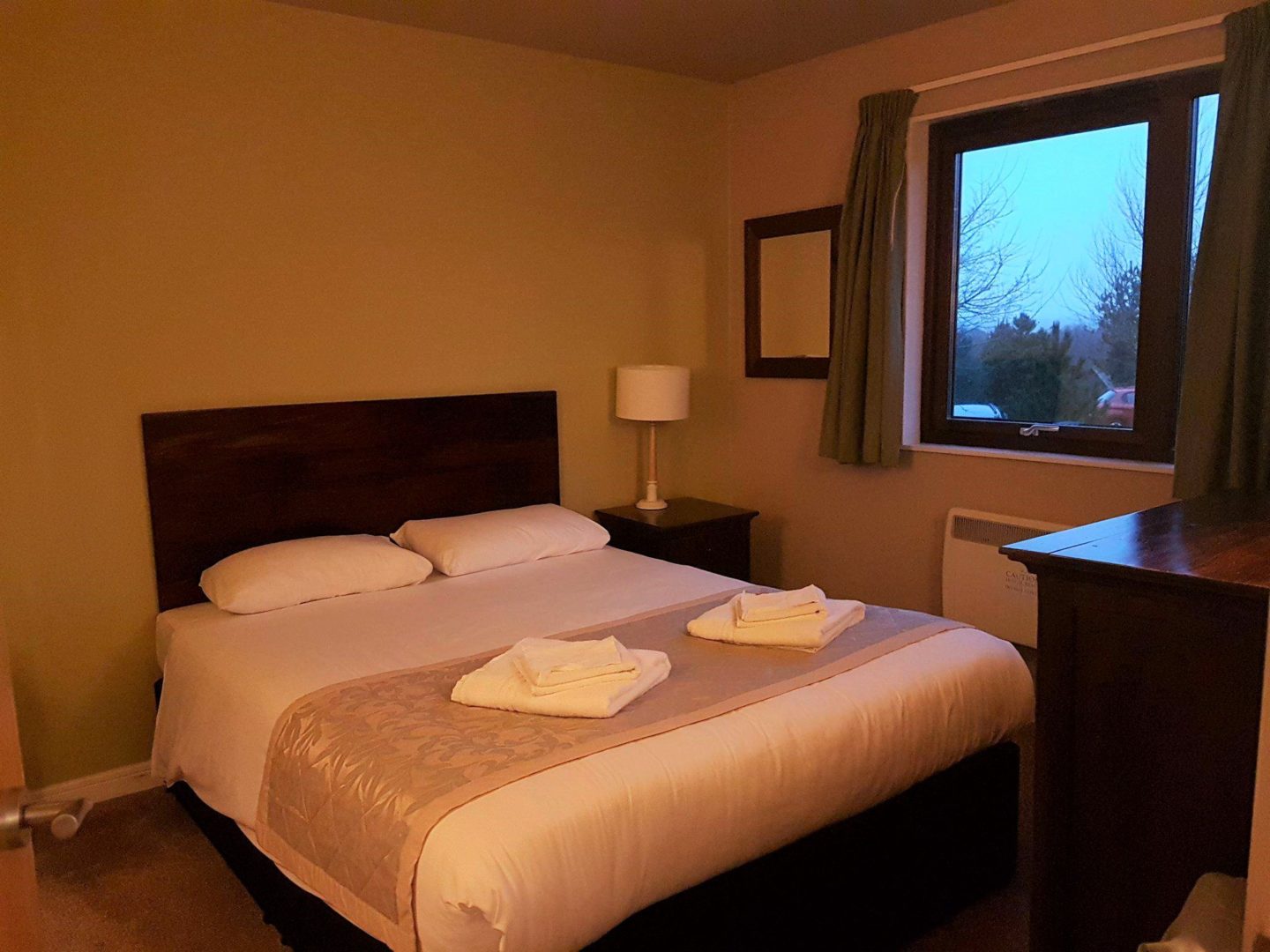 The only thing wrong was that the cutlery holder in the dishwasher was missing the part that holds the cutlery, rendering it useless. However, this was quickly rectified. Autumn and I loved exploring, playing a game of hide and seek! 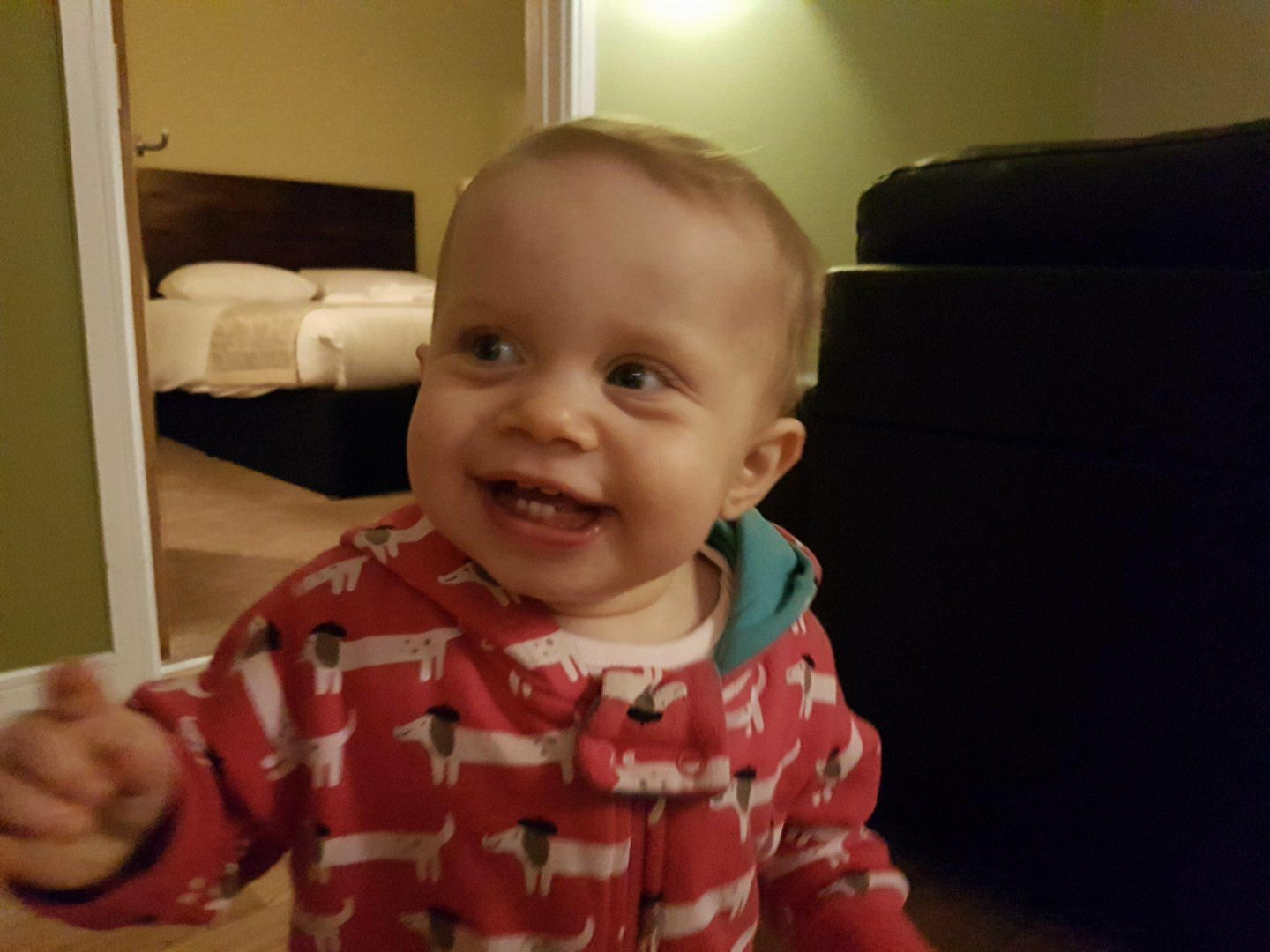 We were tired after a long day, so just chilled out watching TV and had a simple dinner. Looking through the activities, I was so excited about the week ahead of us!

Come back tomorrow to hear about our second day at Bluestone.

Winter Bedspreads for a cosy bedroom

Keeping Your Tenants Safe As A Landlord

Saving the world, one Mooncup at a time