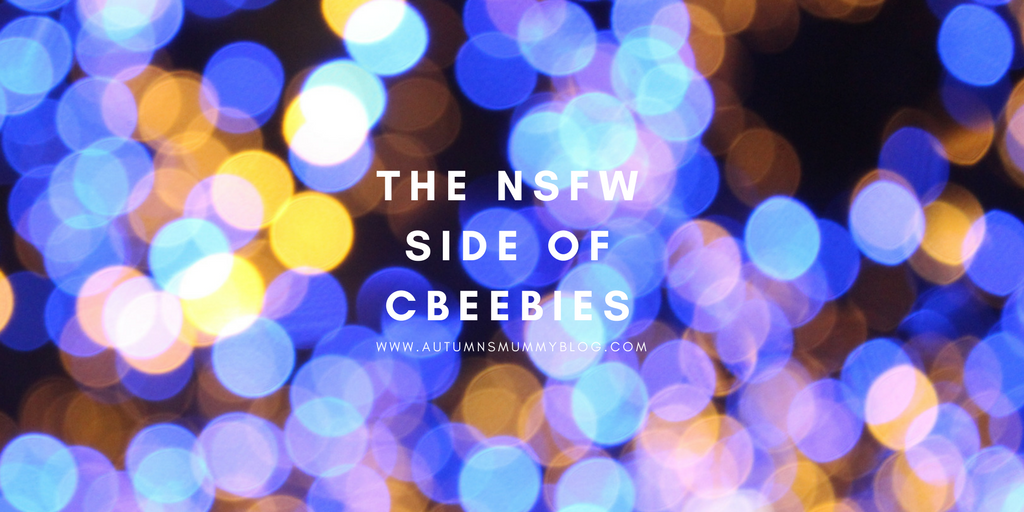 If you live in the UK have a pre-school child, chances are that you are well acquainted with CBeebies. Astonishingly, some mums (and dads) actually start to have a bit of a thing for some of the characters. Mrs Helicopter is no stranger to these feelings (don’t read if you’re faint-hearted, or weak-stomached for that matter!) While I’m absolutely certain I’ll never be one of the “tumble tarts“, (women who would actually like to get together with Mr. Tumble for some fun), you do find that your brain seems to try and find ways to make it more interesting. After all, it’s quite mundane having the same old brain-numbing thing rotated three times a day and seeing the same episodes every couple of weeks.

I’ve noticed that on occasion, things are said that sound quite dirty out of context. Sometimes it could even be misconstrued within context! I like to think that they throw these things in to keep us on our toes and see if we’re actually listening.

Gee Gardner reminded me of this classic moment on Show Me Show Me last September that caused an absolute uproar. It really does sound like Chris Jarvis says fluttering c**t, but apparently he’s saying kite. Watch the video and see what you think!

Okay, so this isn’t CBeebies, but it’s definitely worth a mention in my eyes! Deborah of Country Heart and Home said “Peppa pig and her teacher that use to be in a band that sounds remarkably like The F*cking Gazelles!! lol. Google it and see!

I couldn’t actually hear anything different, my husband had to tell me that it’s supposed to be The Rocking Gazelles!

What’s Fireman Sam up to?

Bad Dadu saw this gem on his screen the other day. If that’s not suggestive, then I don’t know what is! 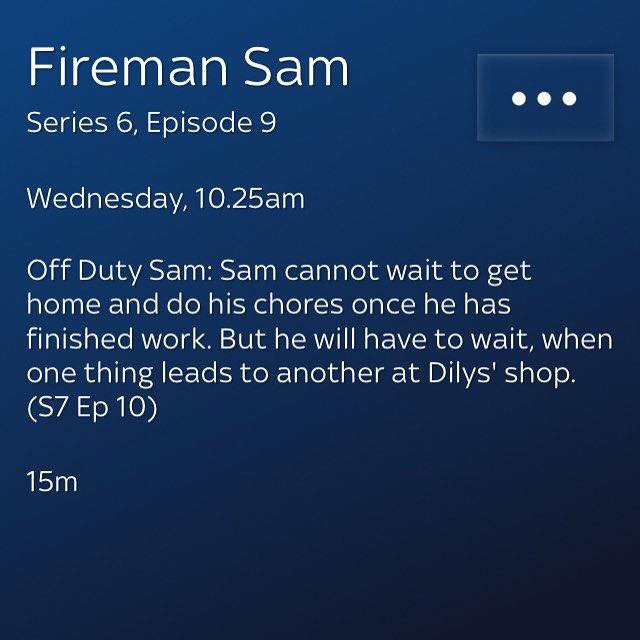 “Nina made some questionable remarks when describing the process of a volcanic eruption once….. dirty minx” says Emily of Confessions of a Slummy Mummy.

Meanwhile, All About A Mummy says “Tom Hardy reading Bedtime Stories and telling us all to ‘Get yourself tucked up and I’ll see you very soon’ had me running for my nightie and don’t even get me started on Andy’s tight trousers.”

It would seem that taking a liking to CBeebies presenters and characters isn’t unusual!

Hanky panky in The Night Garden

It would seem that In The Night Garden may well be the worst offender. Well, I suppose it does kind of revolve around bed time, so perhaps it’s to be expected…

“The episode of in the night garden with Iggle Piggle’s tiddle! also what is with Upsy Daisy showing everyone her knickers and all the episodes where people try to climb into her bed without permission?! If you overthink it In The Night Garden is all kinds of messed up!” – Friendly First Foods.

Pass the wine please recalled a very naughty episode of Postman Pat: “Ben calling Postman Pat to tell him ‘I’ve got an extra large one for you today Pat’ always makes me chuckle…would explain why Pat never delivers anything on time!”

“I found the pairing of Raymond and Tina in Me Too! the oddest thing EVER! He looked about 15 and her about 60
Also Granny Murray…. GRANNY? Really?!?!
So many issues with that show on CBeebies

Leyla of This day I love… brought my attention to a very, erm, interesting looking episode of Waybuloo. “There’s an episode of Waybaloo where they are playing with a purple happy plant. When it’s happy it goes up but when it’s sad it goes floppy”.

Hmm, are these really only coincidental? Jade of Jada Quotes added near the end of the discussion “Nobody fancy a tumble with The Tumble then?

No, just no. That’s enough internet and CBeebies for the day, don’t you think?

11 thoughts on “The NSFW side of CBeebies”