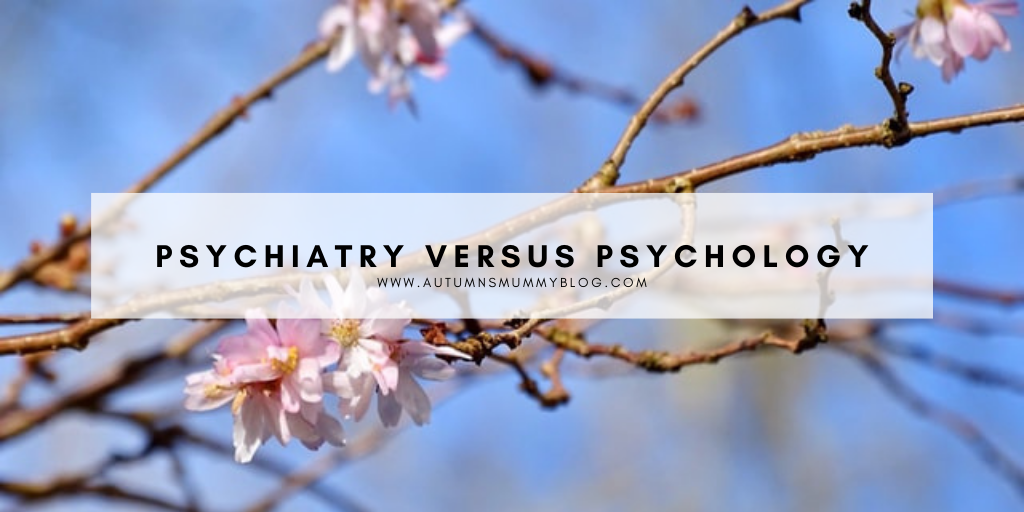 Presented by BetterHelp¦ Psychiatry and psychology. These terms are thrown around a lot, but it isn’t always obvious what exactly differentiates them. So, if you’ve ever been curious about the difference, you’re definitely not alone!

These disciplines are particularly important if you are considering seeking help for any mental health issues.

So, read on to learn the basics of psychiatry and psychology and what sets them apart!

Let’s start with psychiatry. The term comes from Greek, and equates to something like “treatment of the psyche.” Psychiatry is thus a form of medicine that focuses specifically on treating mental health.

In order to be a practicing psychiatrist, a bachelor’s degree is required. Not only that, but medical school must also be completed!

Ultimately, this background gives psychiatrists a view of mental health that tends to focus more so on biology and medicine. It also permits psychiatrists to prescribe medication, just like other doctors.

Psychology also comes from Greek and means the “study of the mind.” This field developed n the nineteenth century and was considered to be part of philosophy until the late nineteenth century. Famous psychologists such as Charcot and Freud helped pioneer new trends in psychology and bring the domain into international prominence.

In general, psychology seeks to guide patients through different therapeutic techniques to help them overcome—or at least cope with—any mental disorders they may be facing.

If you’ve felt confused or unsure about the difference between psychiatry and psychology, don’t worry—you’re definitely not alone. Fortunately, there’s plenty of helpful online resources concerning psychiatry nowadays, like those available through BetterHelp: https://www.betterhelp.com/advice/psychiatry/

As mentioned above, psychiatry and psychology both concern themselves with mental health. They tend to both use various therapeutic techniques (such as psychotherapy, also known as talking therapy).

Now, let’s look at a few key differences between psychiatry and psychology.

Psychiatry is more demanding when it comes to training and education. You can’t simply get a bachelor’s degree. Nope, you’ll have to make it all the way through medical school. Taken together, this can take ten to twelve years!

For psychologists, the demands aren’t nearly as rigorous. Depending on your state and the license you’re seeking, you may not need anything more than a bachelor’s degree in psychology. Nonetheless, many practicing psychologists also obtained a superior degree (master’s or doctorate).

Psychiatry often revolves around medication as a complement to traditional therapeutic techniques. Psychiatrists may prescribe beta blockers, anti-anxiety drugs, antidepressants, and more, depending on the issues of their patient.

Critics of psychiatry often point to an overindulgence of prescription drugs as being a primary issue with psychiatry.

For psychologists, medication is not an option. At most, they could recommend that you speak to your primary doctor or a psychiatrist about prescriptions that might help you.

Instead, psychologists focus on therapeutic techniques, the most prominent of which is probably talk therapy (or psychotherapy).

What about salary? Put simply, psychiatrists tend to make more money than psychologists, though there are many factors in play, including background, experience, and location. For example, a clinical psychologist in Los Angeles might out earn a psychiatrist in Wyoming.

Psychiatrists often make six-figure salaries, with a common salary being in the ballpark of $200,000. They must obtain an MD and thus are compensated for their thorough medical knowledge and the fact they are trusted with prescribing pharmaceutical drugs.

As with any occupation, salaries can vary widely based on background, experience, and location. A clinical psychologist in San Francisco, for example, might not earn much less than a psychiatrist in North Dakota.

Unfortunately, psychiatry and psychology may be used interchangeably by some people and even in popular culture. They really shouldn’t be, however, as they have significant differences. The major thing that they do have in common is they are both tasked with helping people with mental health issues. Whether or not you should see a psychologist or a psychiatrist is partly up to your preference but one may make more sense than the other depending on the type of issues you are having.

Disclosure: This blog post is brought to you by BetterHelp.