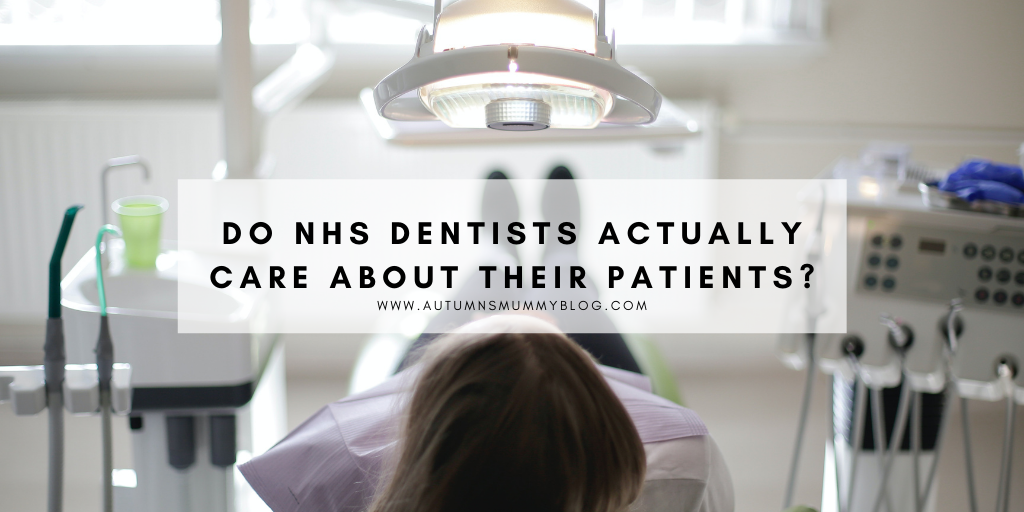 Over the last 10 years or so, I’ve had some experiences with NHS dentists that have not been particularly favourable. Nothing major, but enough to change between NHS dentists near me in the hope of improving my experiences. However, it hasn’t helped. Last month, I had absolutely terrible wisdom tooth pain (particularly not ideal whilst pregnant). This resulted in my worst experience yet, which led to me going to a private dentist. It’s left me wondering if NHS dentists actually care about their patients or if it all comes down to money.

As a child, my experiences at the dentists were always good. I looked after my teeth well and was fortunate enough to not need any fillings. Each visit lasted a short duration which entailed of a quick look in my mouth, a sticker and sometimes my parents buying me a lollipop from the reception desk (sugar-free of course).

Then, when I was about 18 I mentioned sensitivity in some of my teeth. I needed an x-ray on that side of my mouth. The plate was put in in an extremely uncomfortable way. So much so that it was clamping my tongue down and really making it hurt. Obviously I couldn’t really talk, but I tried to complain about how it was, thinking the dentist would take it out and reposition it after I told her this. Instead, I was aggressively told to stop talking. This was enough for me to change dentists.

The next dental practice I went to wasn’t too bad. However, they didn’t really listen to any of my questions and just seemed in a hurry to rush me out of the door (probably in the hope a patient who would need to pay for treatment would be next).

The third practice I joined as a patient is the one I visited with my wisdom tooth last month. I first went there shortly before I was married just over five and a half years ago. I hadn’t had a dental check up for a few years and was feeling quite anxious about it. As the check up began, the combination of having to hold my mouth open, having the saliva sucked up and worrying about whether my teeth was okay quickly became a little too much for me. As I started hyperventilating I almost felt like I was choking and kept trying to close my mouth for just a second to regain some normality. The dentist, seeming frustrated, rudely asked me “Is there something wrong with your mouth?”

This put me off of it there, but not as much as hearing some of my family’s experiences did. My brother had a tooth removed and got an infection. Meanwhile, my Mum was given the wrong patient’s appointment and treated accordingly. She had a pad stuffed between her teeth and lip with no idea why. It’s not like you can really ask questions when someone’s doing work on your mouth. Not only that, but the receptionists there are unprofessional and very rude. 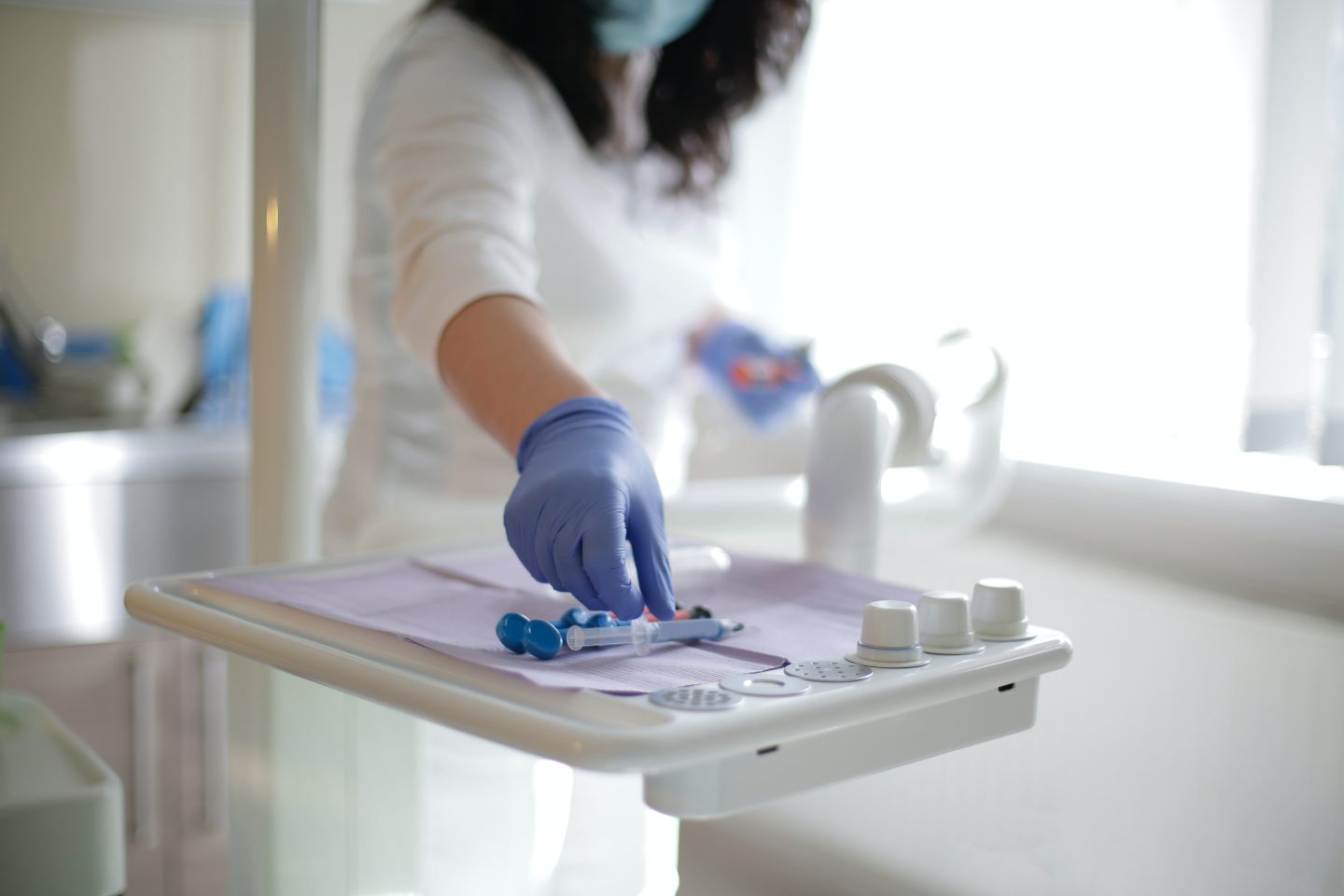 I had meant to find a new NHS dentist at some point. It was one of those things that just got forgotten with the rush of daily life, though. Often, it’s only when you have a problem that you remember these things. As such, when I woke up with awful wisdom tooth in mid-October, I was kicking myself for not finding a new one.

I tried to help it at home with hot water bottles, ice packs, salt water gargles and paracetamol. Unfortunately, being pregnant, I couldn’t use anything that would have had a stronger effect on it. Very quickly it got to the point where I couldn’t really eat, couldn’t talk and couldn’t sleep as I was in so much pain with it. There were points where it got so bad, as much as I tried to distract myself from it, I couldn’t. I found myself just sitting there rocking and crying in pain for hours. I’d go as far as saying it was worse than labour – and of course, you get no gain from tooth pain either!

To my relief, despite not attending any appointments for several years, I was still on the dentist’s books and after a short consultation with the dentist I was invited in for an emergency appointment. The dentist I saw seemed nice and I told her that I thought it was my bottom left wisdom tooth that was the problem, although I was in so much pain I couldn’t actually properly tell where it was radiating from. My left cheek was swollen and the gums and teeth on the whole left side of my mouth seemed to hurt.

After having a look, she told me that the wisdom tooth was impacting and that the tooth next to it had decay. She said I had good dental hygiene, but it was just due to the angle of that tooth that there was decay and that some bacteria had got into the gum surrounding the emerging wisdom tooth and caused an infection. I was sent away with a prescription for penicillin and hope that once I got to the other side of the weekend I’d feel much better.

By the time I got to the other side of the weekend, the pain was even worse. I was mainly surviving on potato and yogurt – and even those were painful to eat. It hurt to drink too and I was increasingly worried about the welfare of my baby due to my diet, but also because of the amount of stress being in constant pain was causing me. Still, I hoped that the penicillin would kick in. It didn’t.

Having been taking the penicillin for enough days where I knew it should have kicked in, I managed to arrange another emergency appointment with a different dentist (still at the same practice). I wrote myself a huge list of bullet points about what I was experiencing, including a new symptom of pins and needles in my gums. It also included the ways in which it was badly affecting my life – I couldn’t go on for days in this much agony let alone weeks. I didn’t want to forget anything.

However, as soon as I entered the room, I felt like I was going to be fobbed off. I tried to remain positive, even as he just checked my mouth with me sat up, not reclined on the chair under the lamp. It was an incredibly quick look and he tapped hard on my left wisdom tooth and the tooth next to it without even giving a warning or apology(!) Luckily or unluckily, depending how you look at it, doing that didn’t actually hurt. He sent me off with a prescription for a different type of antibiotic.

Now, I know I know nothing about dentistry, but by now my gut instinct was that it wasn’t something that was going to be fixed with this antibiotic. I didn’t want to be rattling with unnecessary antibiotics, especially when pregnant. I certainly didn’t trust his opinion and couldn’t bear to be in pain any longer than I had to. His next suggestion for if those antibiotics didn’t work was a referral to the local hospital for wisdom tooth extraction. He warned me that they wouldn’t be able to refer me until I’d had the baby (this was 12 weeks until my due date at this point) and even then the waiting list was about 6 months. Imagine that. Being told you potentially have to wait in agony for another 9 months until you can sleep, talk and eat properly again.

Getting into the car, I told my husband that it was a lost cause. I didn’t have the energy or ability with my mouth hurting that much to try to argue with him about it. Immediately, I phoned a local private dentist that I’d heard good things about and spoke to a lovely and very sympathetic receptionist who did actually listen to how much pain I was in and how much it was affecting my life. She managed to fit me in for an emergency appointment first thing two days later.

My visit to the private dentist

After two further days of pretty much just laying around in immense pain, I woke up with fresh hope that I’d get answers and a solution to my wisdom tooth woes. After all, I was going to be paying a lot of money for this.

As I’d imagined, the building and staff were incredibly friendly and welcoming. The dentist introduced himself and listened as I explained everything and told him what the NHS dentists had told me. He began to examine and said that my bottom left wisdom tooth wasn’t fully emerged but looked in a good condition and that there weren’t any signs of problems in the gum surrounding it(!) He asked me if I was aware of any sensitivity to hot or cold food or drinks. I wasn’t sure as I hadn’t been eating on that side and certainly hadn’t tested it out. He used a cold spray and my bottom left wisdom tooth had no sensitivity to it. However, the top left wisdom tooth was incredibly painful with it! The previous dentists had had the wrong tooth!

X-rays were taken and it was confirmed that due to not being able to reach the awkward placement of the tooth, it had succumbed to an infection as I hadn’t been able to reach it very well with the toothbrush. This had resulted in intense nerve pain. He told me that the pain wouldn’t go away until the nerve died. This could have been anywhere from a few days later to a few months later. He understood that I couldn’t be left in the amount of pain that I was experiencing and told me he would suggest extracting it, which I agreed to.

This was done right then and there. Every step was explained and I was kept as comfortable as possible. It barely bothered me, in fact. It hurt when the local anaesthetic was injected into my gum and the roof of my mouth, as well as after it wore off a couple of hours later. However, the pain of recovering from it being extracted was bearable. It was nothing like the pain I had been in! Finally, I was able to live my life again. 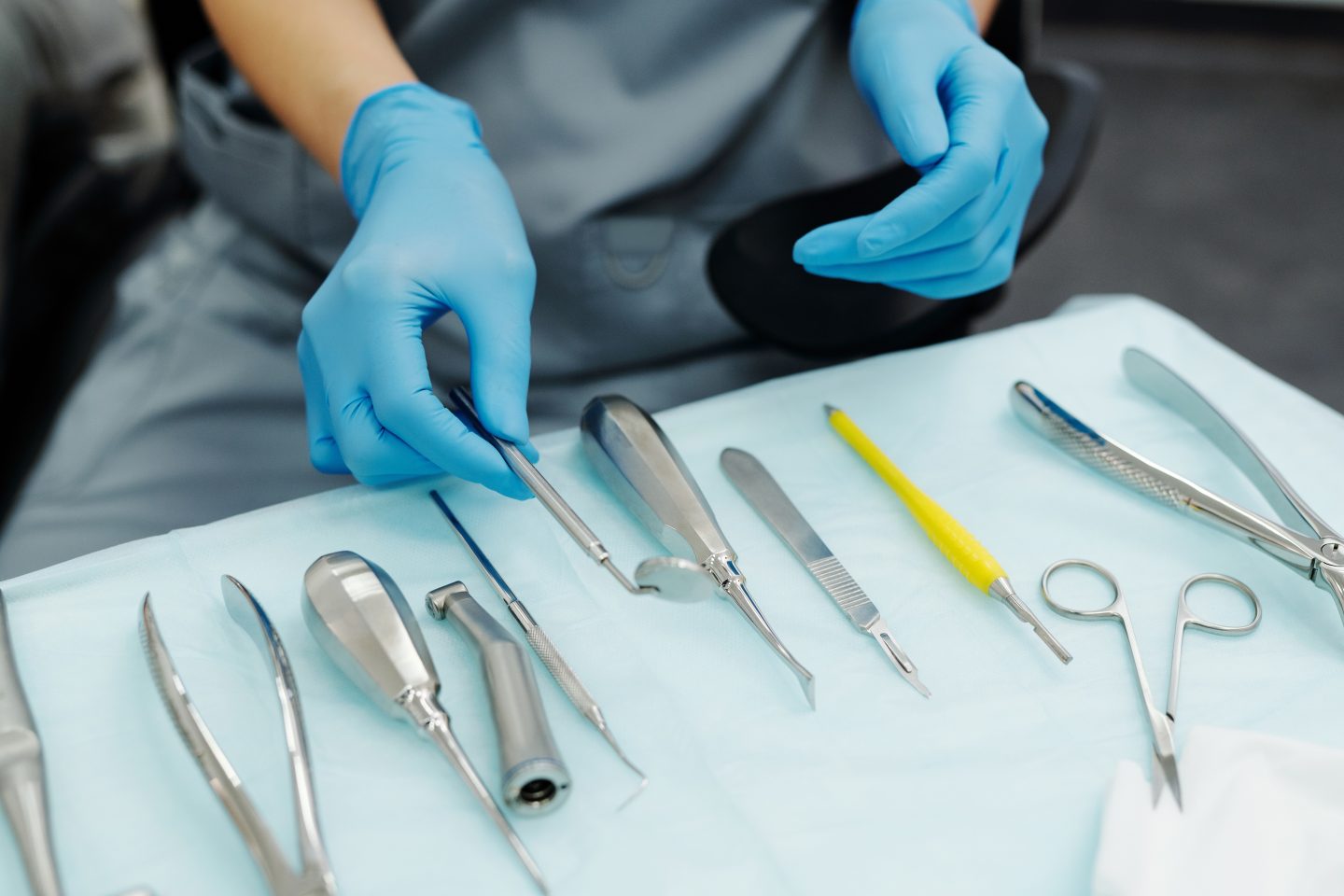 I’m now left thinking that perhaps I’ve just been unlucky with NHS dentists in the area I live. I’m sure there must be many out there that care about their patients. However, for me, it was only the private dentist I was paying a couple of hundred pounds to that actually seemed to care about me and bothered to investigate properly.

How could anyone accept that someone should be in so much pain for months and not try to make them more comfortable, especially a pregnant woman? I’m lucky that I was in a position where I could go to a private dentist. What if I wasn’t? Would I still be in agony and unwillingly depriving my unborn baby of nutrients due to eating being so painful?

Also, how did they get it so wrong with me but also with other relatives too? It’s all simply not good enough and it honestly really worries me.

Have you had similar experiences? What are your thoughts? I’d love to hear from you in the comments!