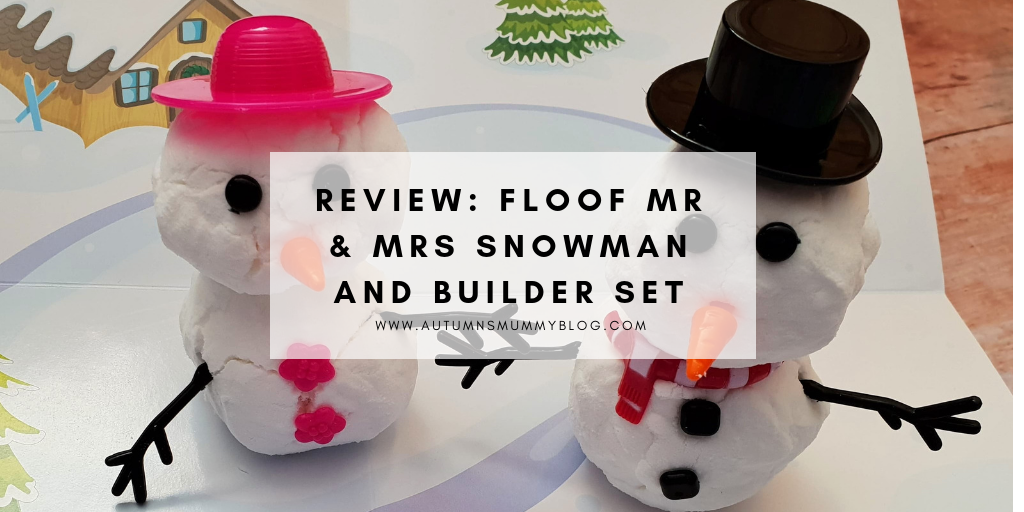 Do your children ever want to play with snow, but it’s one of the 361 days of the year that there isn’t snow on the ground? Well, there is a solution! Floof is white like snow, and although it has a different texture, you can have lots of the same kind of fun with it! It’s soft, squashy and moldable, without the melting problem. You can even make snowballs and have snowball fights with it if you want to! I found out about Floof at the Blog On Toys conference last month and over the last couple of weeks Autumn and I have been putting it to the test.

The builder set is a good place to start with Floof, as it comes with some useful tools. The kit contains 120g of Floof, a tray, 2 scrapers, 2 rollers and a roller handle. It’s ranked 3+, but I decided to let Autumn play with it as she is pretty much out of the stage of putting things in her mouth now. Of course, I was carefully monitoring her actions just in case! 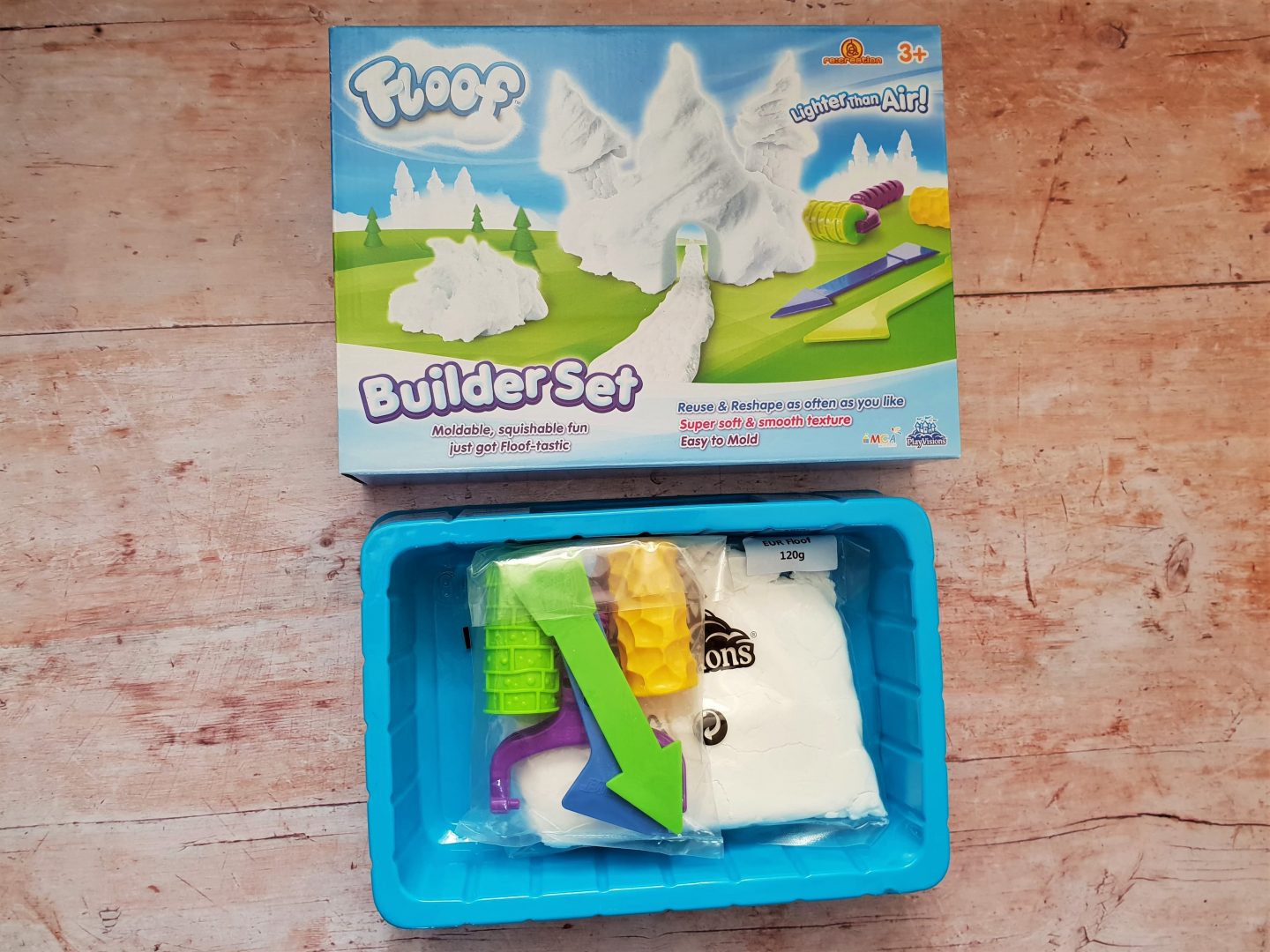 When you first get the Floof out of its packet, it looks quite odd as it all kind of sticks together. I tipped it into the tray and broke it up with my fingers, spreading it evenly around the tray. It’s so light and fluffy and very pleasant to the touch. 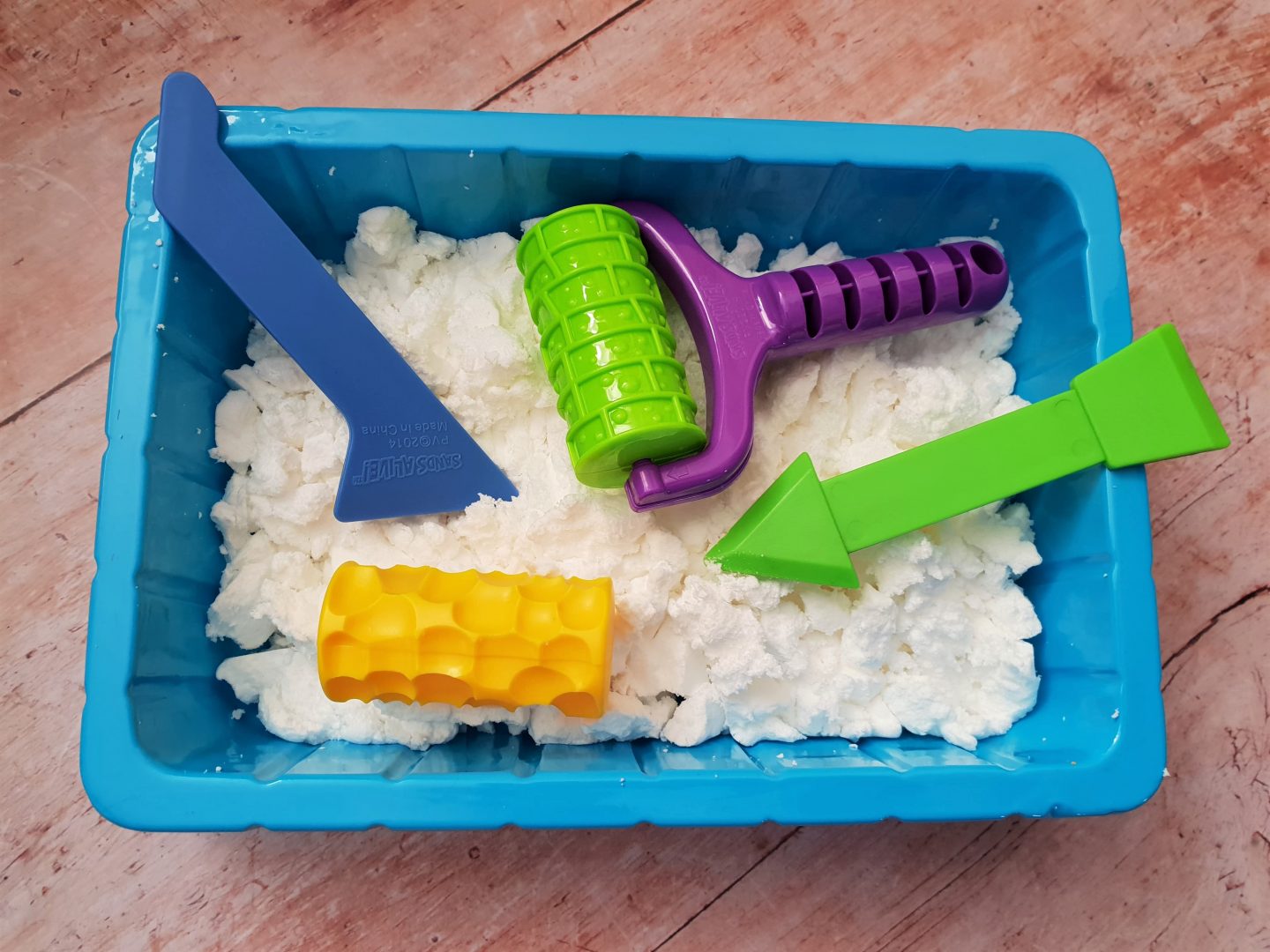 Next, we decided to play with the rollers. We decided to try the brick one rather than the honeycomb one first. The rollers attach and detach easily to the handle and make good, clear patterns when rolled over the Floof. Autumn really enjoys using a rolling pin in the kitchen, so she liked this. 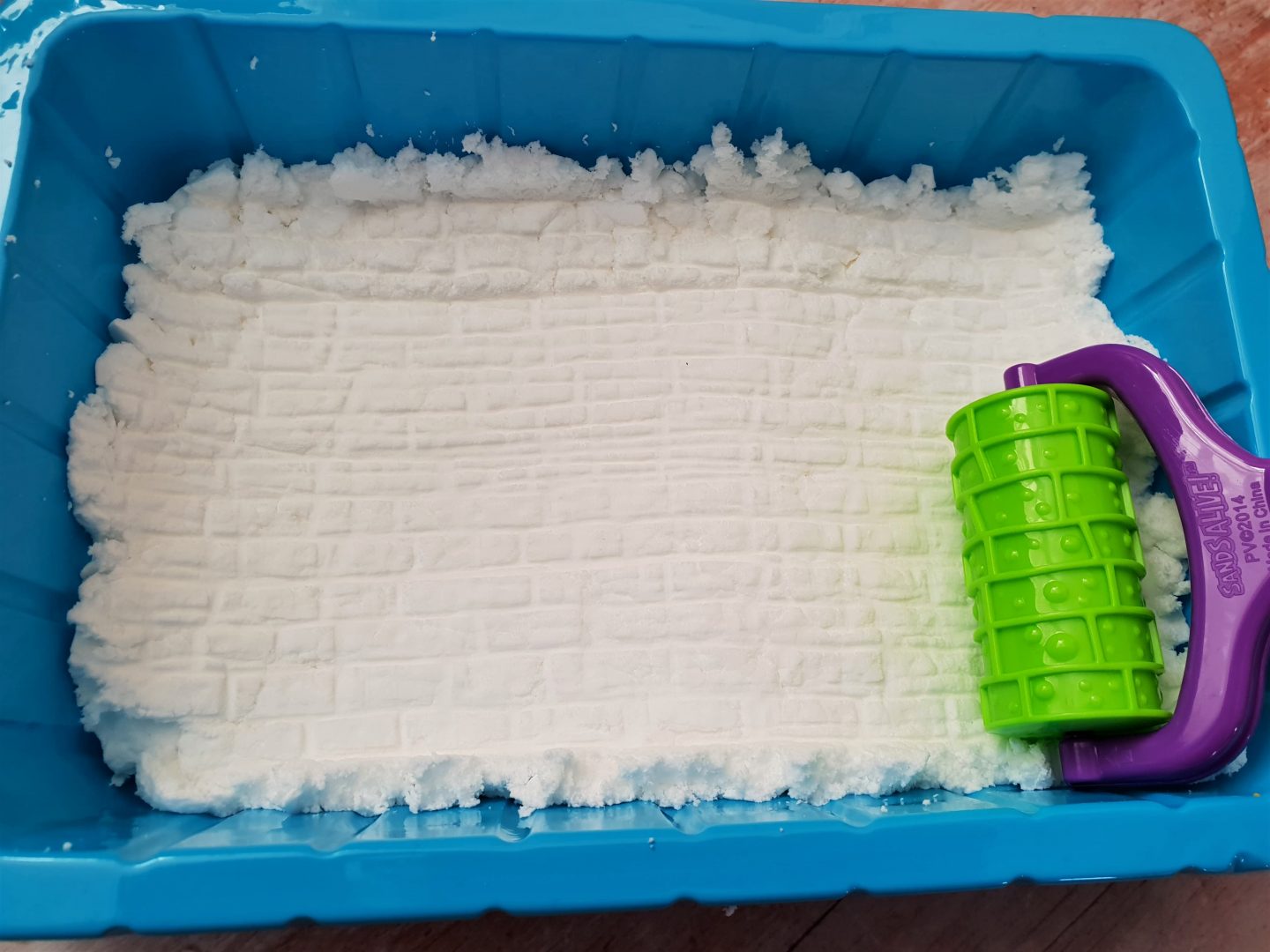 Of course, you can build different things using your hands and the scrapers too. The amount of Floof in this set is enough for imaginative play for one child and the tray helps to keep things a bit tidier!

I decided to try out the Mr & Mrs Snowman kit on my own. As this one has small parts, I erred on the side of caution, so this will be put away for Autumn to play with next year.

This kit comes with fun eyes, carrot noses and accessories to build Mr & Mrs Snowman with. It also comes with a cute backdrop! 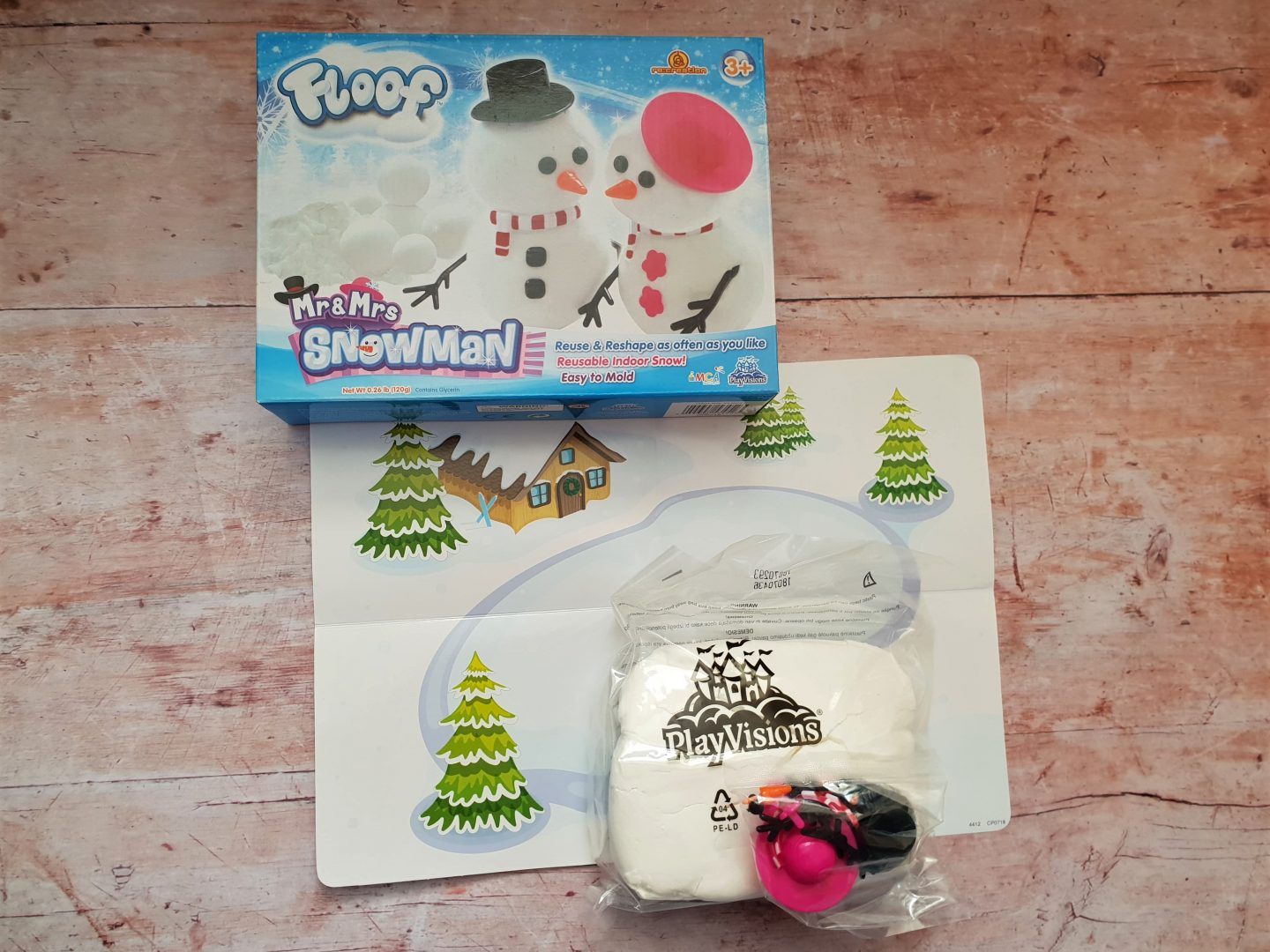 I found it a bit fiddly trying to make Mr & Mrs Snowman, but fortunately you can break up and reshape the Floof as many times as you want to! After a little perseverance, I managed to make two snowman. The accessories they come with are really cute and there’s no risk of these snowmen melting!

This set would be perfect for a snow day when it’s just too cold to be outside anymore or as a gift for Christmas! 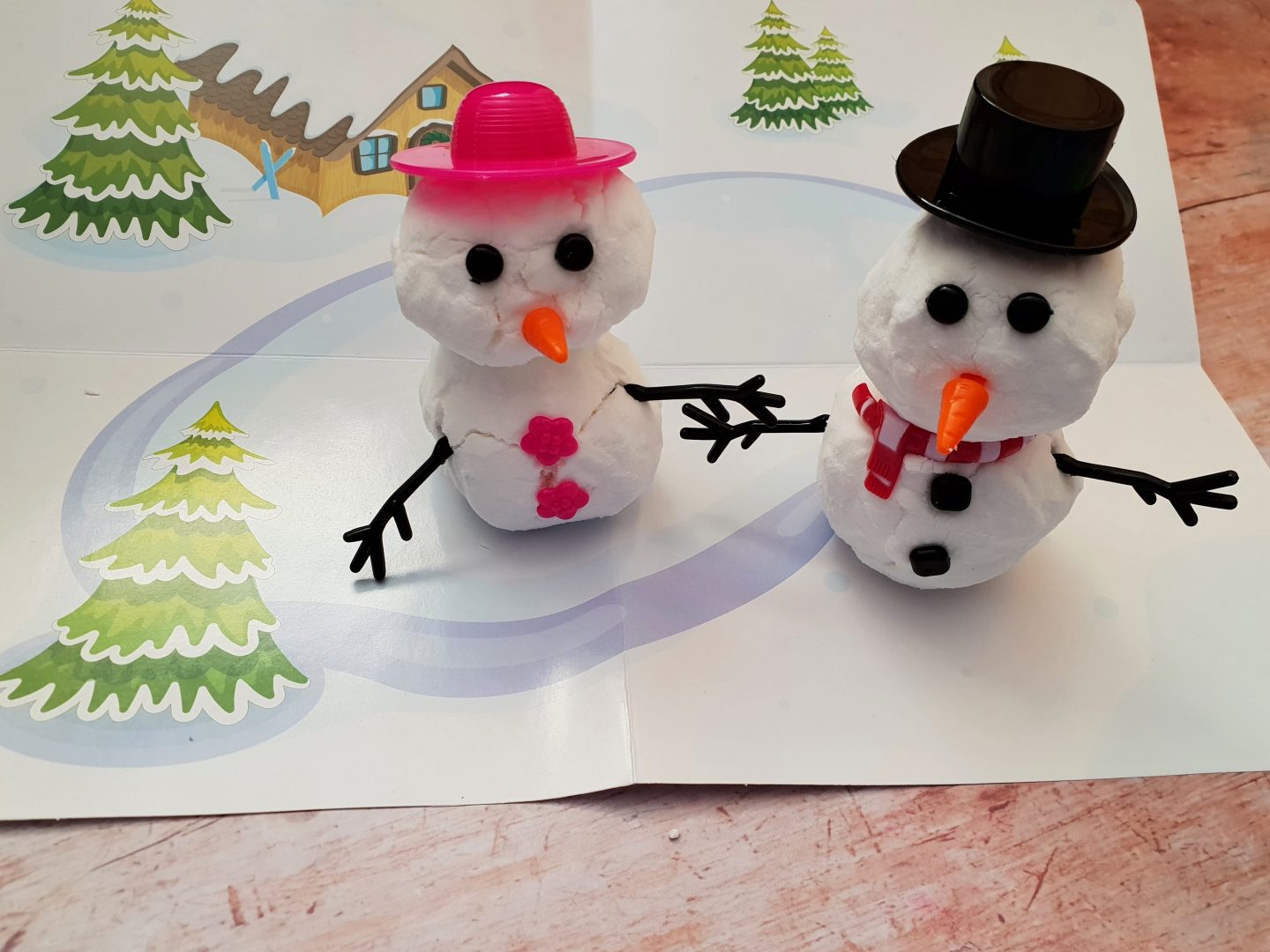 Disclosure: We were sent the aforementioned Floof kits for the purpose of this review. As always, all views and opinions are honest and my own.