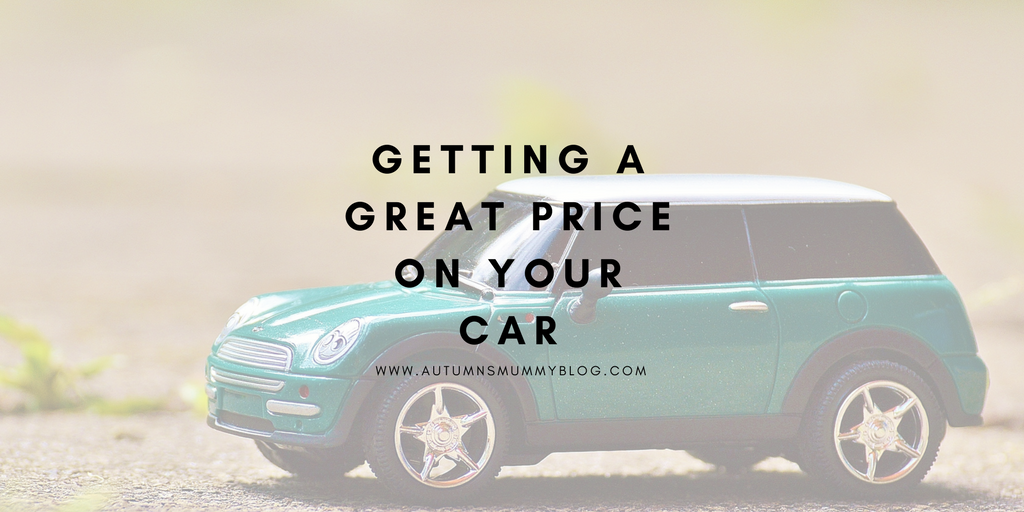 Sponsored post. Since the recession, people’s spending habits have changed. Whether your bank balance has recovered well or not, you’re probably a lot more aware of the value of money. If there’s anything the last decade taught us, it’s to take a little more consideration with how much we’re spending on things. It’s for this reason that Aldi and Lidl are absolutely booming, despite the recession being over.

So, why would it be any different when buying a car? I’ll admit I’ve only personally gone car shopping a few times. However, I have learned some tips from scouring forums and my Uncle-in-law, but mostly my Dad! So far I haven’t just settled on the price put before me, and I’m sure I never will. Let me help you to get a better deal!

If you’re looking for a used car, one of the first things you should do is some research. Go on eBay, Gumtree and Autotrader to find out what kind of prices you can expect to pay. Note the price differences for different specs and features.

Private sellers are often the cheapest way to buy a car. Unlike a garage, they don’t have to pay for the upkeep of the building and pay staff.

If you’ve done your homework, you might be able to haggle the seller down if they’ve overpriced the vehicle in comparison to similar cars you’ve seen. People often advertise for a higher price than they’d accept for it, as they expect some haggling to happen.

Thoroughly inspect the vehicle mechanically (I’ve written some tips here) and ask for its documentation. If there are any faults that haven’t been mentioned or considered in the price, you may be able to lower it. Look at it cosmetically too. You may be able to negotiate the price over even the smallest of dents and damaged paintwork.

Have you ever considered buying a car from auction? It can be a great way of getting a car at a good price. Once again, remember to do your research beforehand so that you don’t bid too high.

Try to avoid peak times, such as weekends and evenings. You’ll find the best deals on weekdays during the daytime when there are less people around.

Cars often depreciate in value by thousands of pounds as soon as they leave the dealership. Rather than buying a car brand new, you may wish to buy a car that’s only a couple of months old from auction instead.

If you’re buying a car from a garage, don’t let them con you. Just over two years ago, I was looking for a used car at a cheap price. I just wanted something that wasn’t necessarily pretty, but was mechanically sound for me to practice in before I took my driving test. I looked on the website of a local garage and found a picture of a Rover Metro. I knew that they often had serious rust problems, but the images online made it look pristine. When I went to see it in real life, we could see that the A-pillar was in a very bad way. The car should have been a write off; if I flipped it, it would have had no strength to it to protect me or my unborn baby from serious injury or death. The man at the garage couldn’t see the issue.

Garages often try to overprice vehicles, so make sure you know how much you should be paying to get the right deal.

If you’ve gone to a dealership for a used car, however, they often do price them quite fairly. They’re usually interested in getting rid of them quickly, as the new cars are the star of the show for them. They may be able to point you in the direction of someone selling more used cars too, as there are businesses who buy used cars from dealerships and sell them on.

Whilst the most expensive way to buy a car is brand new from the dealership, there are ways you can cut costs here too. Alternatively, you may be able to bargain to get some free extras such as a free tank of fuel.

Find out if there’s going to be a newer model of what you’re buying very soon. If there is, the car you’re buying will depreciate in value very quickly. If you act clever here, you may be able to get the salesman to cut the price. It’ll be easier for him to sell it to you now at a lower price than it will to sell this outdated model when the new ones are out on the forecourt!

If you get your timings right, you’ll be more likely to get extras or the price slashed. Many salespeople are working to a monthly sales quota. As such, if you go at the end of the month, they’ll be more desperate to make a sale. Likewise, if a new number plate is coming out, cars are often sold cheaper. This is because people want to show off the fact they have a brand new car, so they don’t want to buy the previous year’s number plate as their car won’t look brand new for long!

Disclosure: This is a sponsored post with cars.com. As always all views and opinions are honest and my own.

2 thoughts on “Getting a great price on your car”