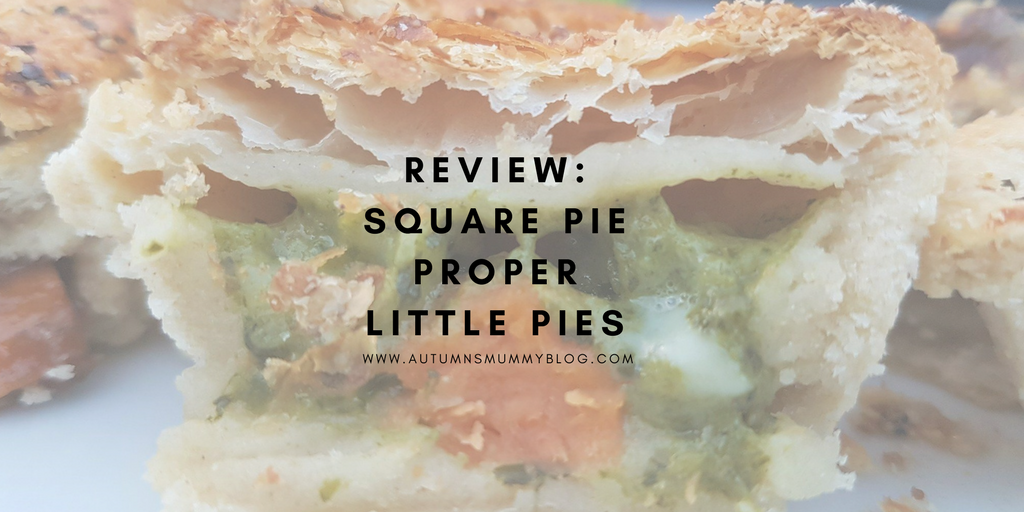 I said I was giving myself a break this week for my birthday. Come on though, when do I ever give myself a break?! It feels like this week has a square pie sized hole, so I couldn’t resist putting this review up. I was going to write and publish this post just before Christmas. However, I then realised that all anyone cared about at that point was Christmas and these pies do NOT deserve to be ignored by the masses!

You may be familiar with Square Pie, particularly if you’re based in London. Well, they have now brought three flavours of “Proper Little Pies” to a Waitrose freezer near you. I love a good pie with a crispy pastry, so I was keen to put them to the test.

As you could guess from the name, the pies are quite petite in size! Just one would be perfect for a child, or two for an adult. Hubby and I have been eating two each as we’ve made our way through the flavours. We’ve been having a side of salad, but they’d go equally well with beans and chips. Alternatively, if you quartered or halved them, they’d be great on a party platter! I was worried that they’d burn easily because of their size, but luckily that didn’t happen. 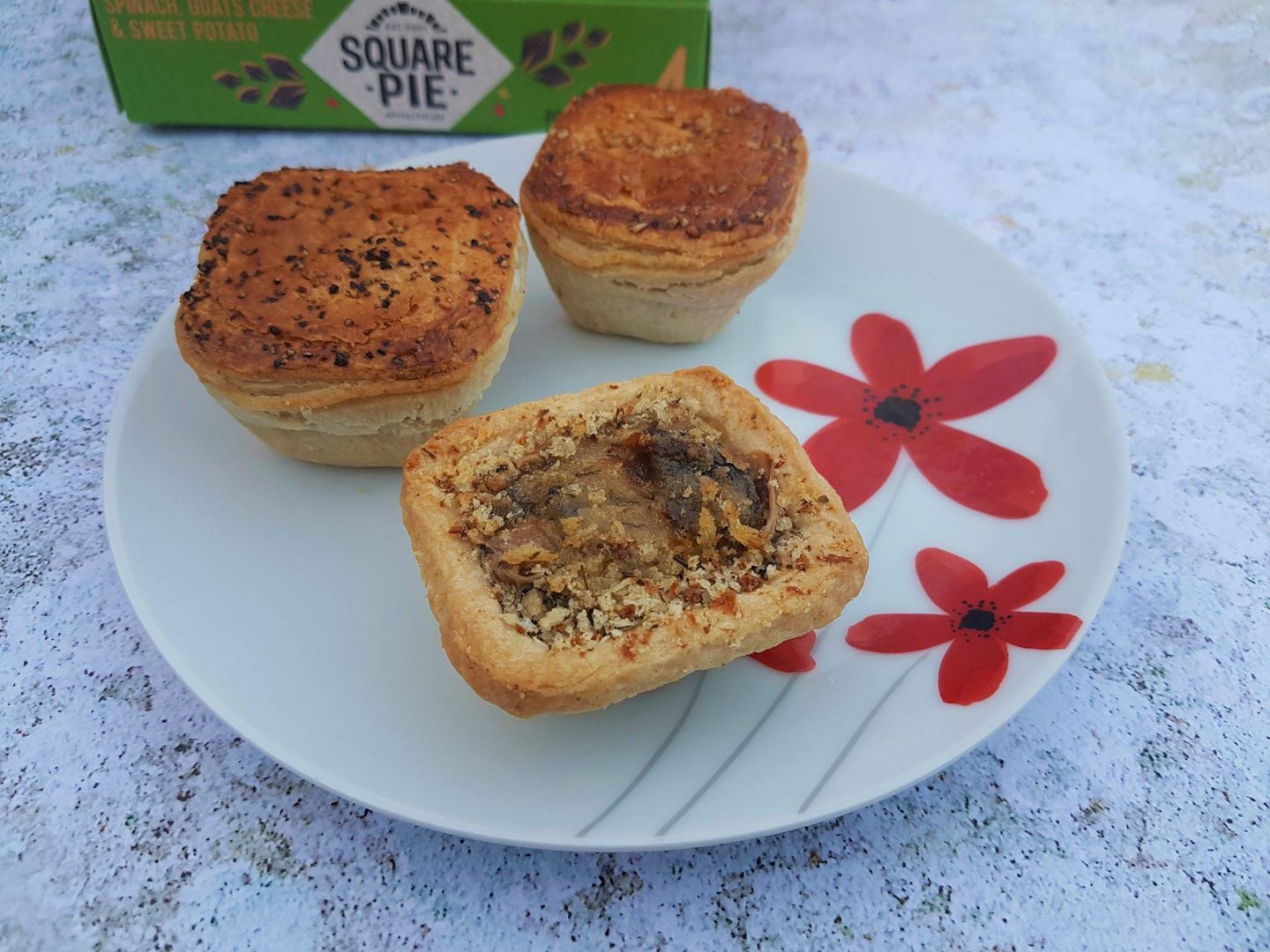 A box of 4 pies is £3.50. I normally spend much less on pies, but that said, I don’t think it’s too bad. The ingredients used taste really good quality and they’re delicious!

Although there are currently only 3 flavours available, we thought there was a good variety. Whilst Steak & Ale is a classic, it’s great to see that the other two choices are vegetarian. They’re even certified by the Vegetarian Association. Whilst I had to give up vegetarianism at the end of 2016 for health reasons after almost a decade, I still don’t enjoy meat and have a predominantly vegetarian diet.

Seriously though, when was the last time you saw such a delicious line up?

My husband doesn’t like mushrooms, so I got to eat all of these! I was worried they’d be mainly bean and that it would be a bit dry with the pastry. However, there was a good amount of sauce in there, so it wasn’t an issue. The combination of spices used was delicious.

This flavour was my personal favourite! The filling wasn’t lacking in spinach and the sweet potato tasted nice and juicy. There was just the right amount of goats cheese too. I’m writing this salivating because I wish I had one now, but I’ve already eaten all four of them. A little turmeric, cayenne pepper and mustard give flavour to this delicious pie, but it isn’t spicy. 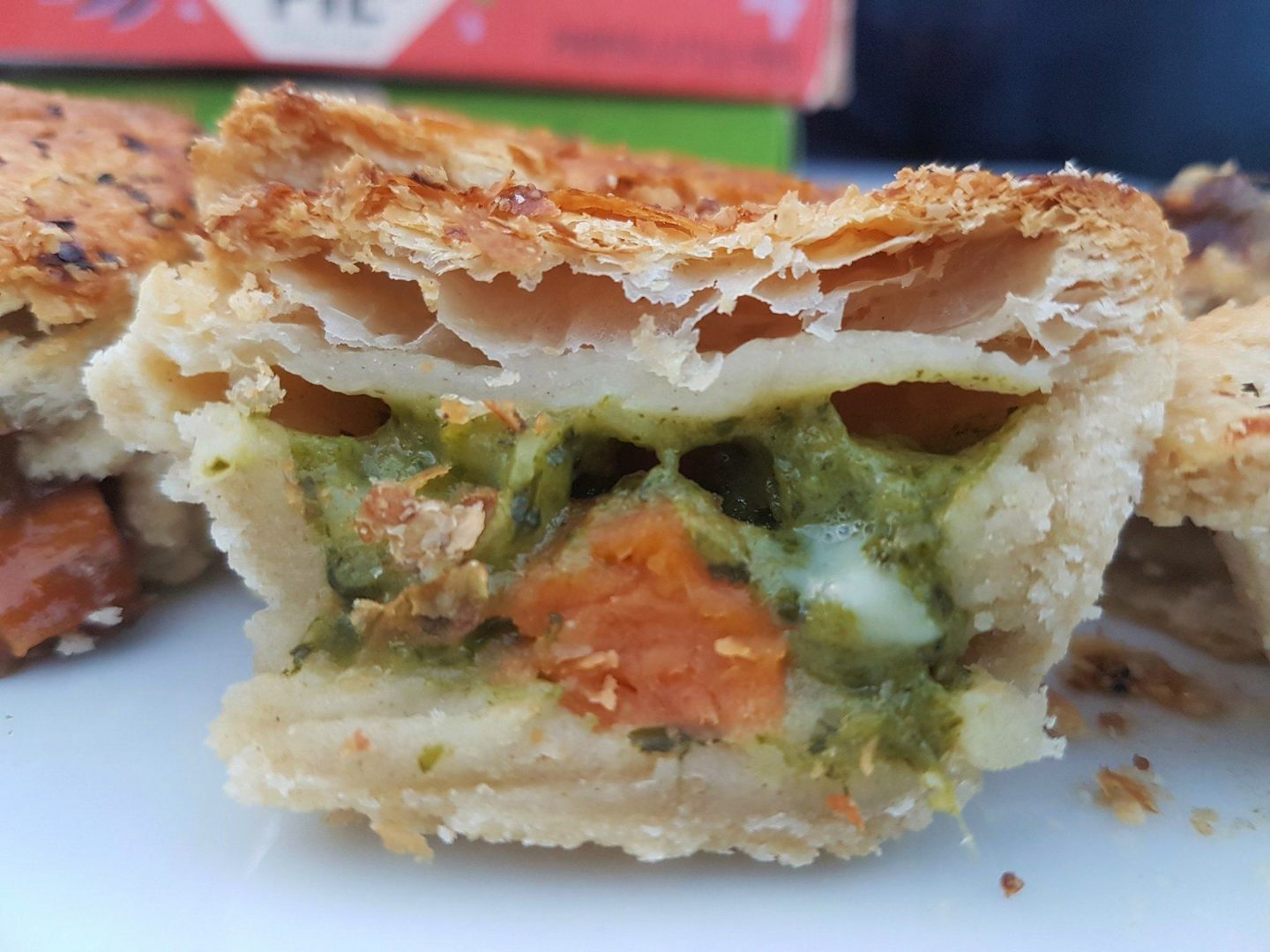 They all passed the pastry test – it was flaky and delicious! At less than 200 calories each, they will fit in nicely if you have a New Year’s Resolution to lose weight and/or eat healthier, too!

Disclosure: I was provided with a Waitrose voucher to buy each flavour of Square Pies for the purpose of this review. As always, all views and opinions are honest and my own.