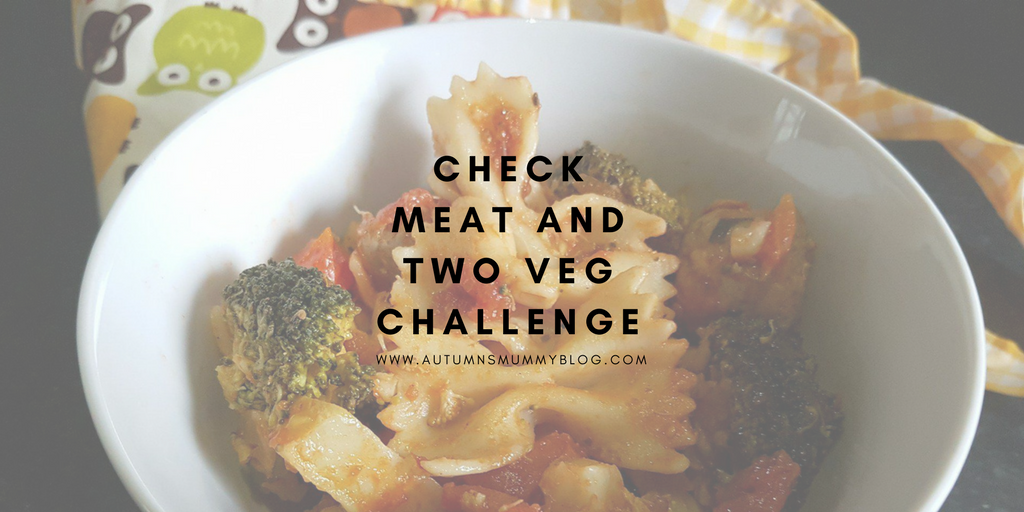 As many of you will know, no doubt as you kiss a furry face, it is Movember this month! For anyone who isn’t aware, for the duration of November, many men (and some women) grow a moustache to raise awareness of men’s health! This can cover mental health, but also prostate and testicular cancers.

This is where HECK Sausages come in. This month, they have renamed themselves CHECK “in order to encourage men to search for lumps on their scrotum and for women to CHECK their partners too!” 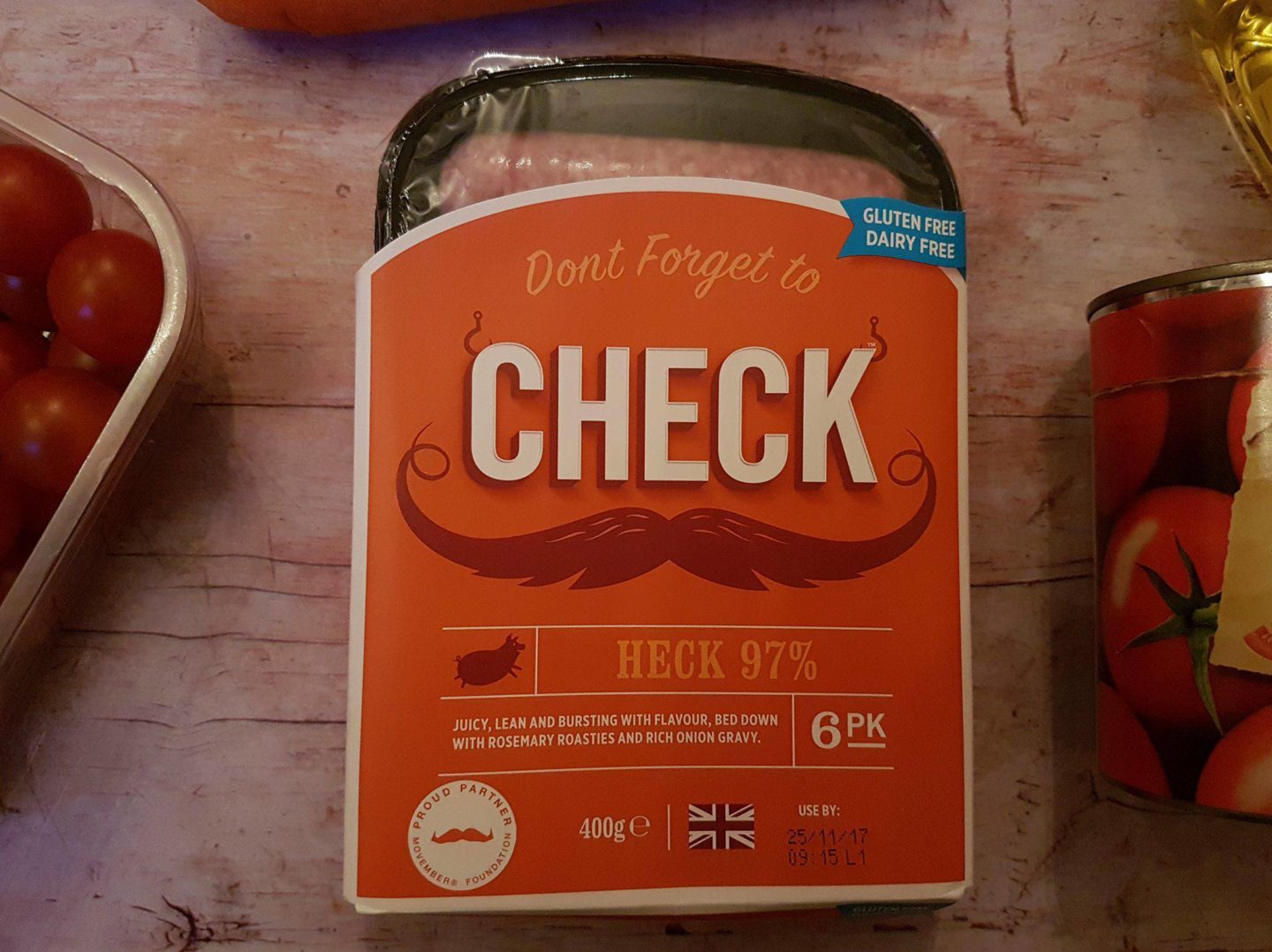 The statistics formed from a survey of 2,000 people are quite worrying. Nearly half of men (46.6%) interviewed said they’d know what a lump on their partner’s breast would feel like. Meanwhile, over three-quarters (76%) of women interviewed said they wouldn’t know what a cancerous lump on their partner’s testicles would feel like! With this lack of familiarity and 82% of men admitting they’d be too embarrassed to talk to their doctor about any issues with their genitals, there could be awful consequences. Too many men are dying too young because they either don’t know what it feels like or aren’t acting quickly enough. Shockingly, almost 1 in 10 (9.8%) of men between 18 and 24 who were surveyed said they’d do nothing if they felt a lump!

Think a cancerous lump feels like a flat coin? Nope! You’re not alone though, one in five (18.24%) of the men interviewed thought the same.

What you’re actually feeling for is a pea sized lump on one testicle.

It’s a good idea to check about once a month and it’s best to do it after a bath or shower. All you need to do is gently roll one testicle at a time between your finger and your thumb.

It’s completely normal to have one that’s bigger than the other and/or one that hangs lower than the other. Part of the reason it’s good to check regularly is so that you know what’s normal for you. What you’re looking for is any changes…so any lumps, pain, heaviness, hardness or an increase in size.

(C)HECK Sausages have asked me to take part in a challenge with their sausages (that sounds a bit dodgy) as part of this campaign. I’ve got the meat (the sausages) and I decided it’d be a good idea to use some ingredients that can help to prevent cancer. My chosen two vegetables are carrots and broccoli. Carrots are high in beta-carotene which is an antioxidant that is powerful when it comes to preventing cancer. Meanwhile, broccoli contains all kinds of things that has anticancer effects.

Garlic, basil, cooked tomatoes and onions, which are all included in this recipe are also fantastic for preventing cancer. 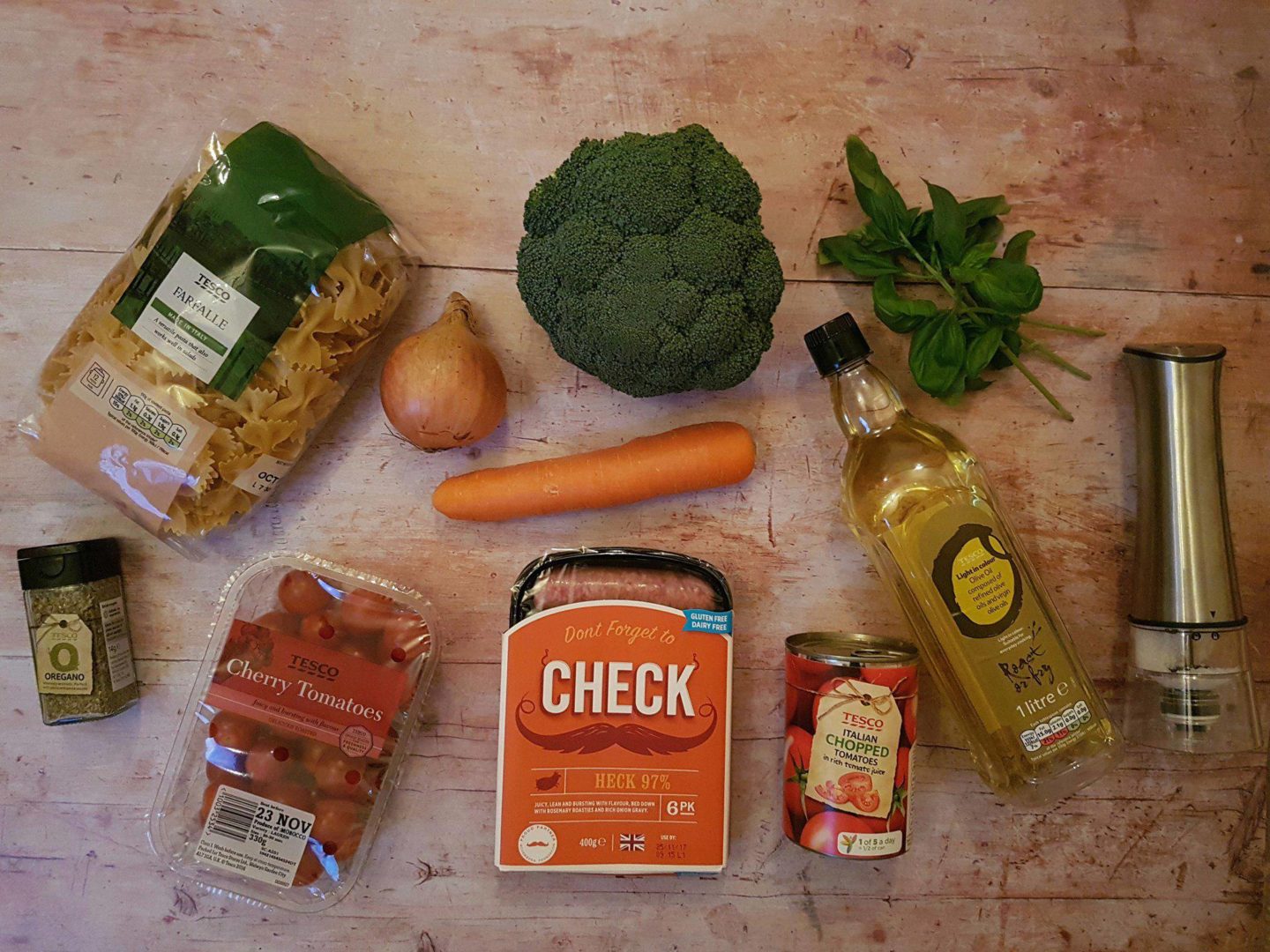 Method (40 minutes from start to finish) 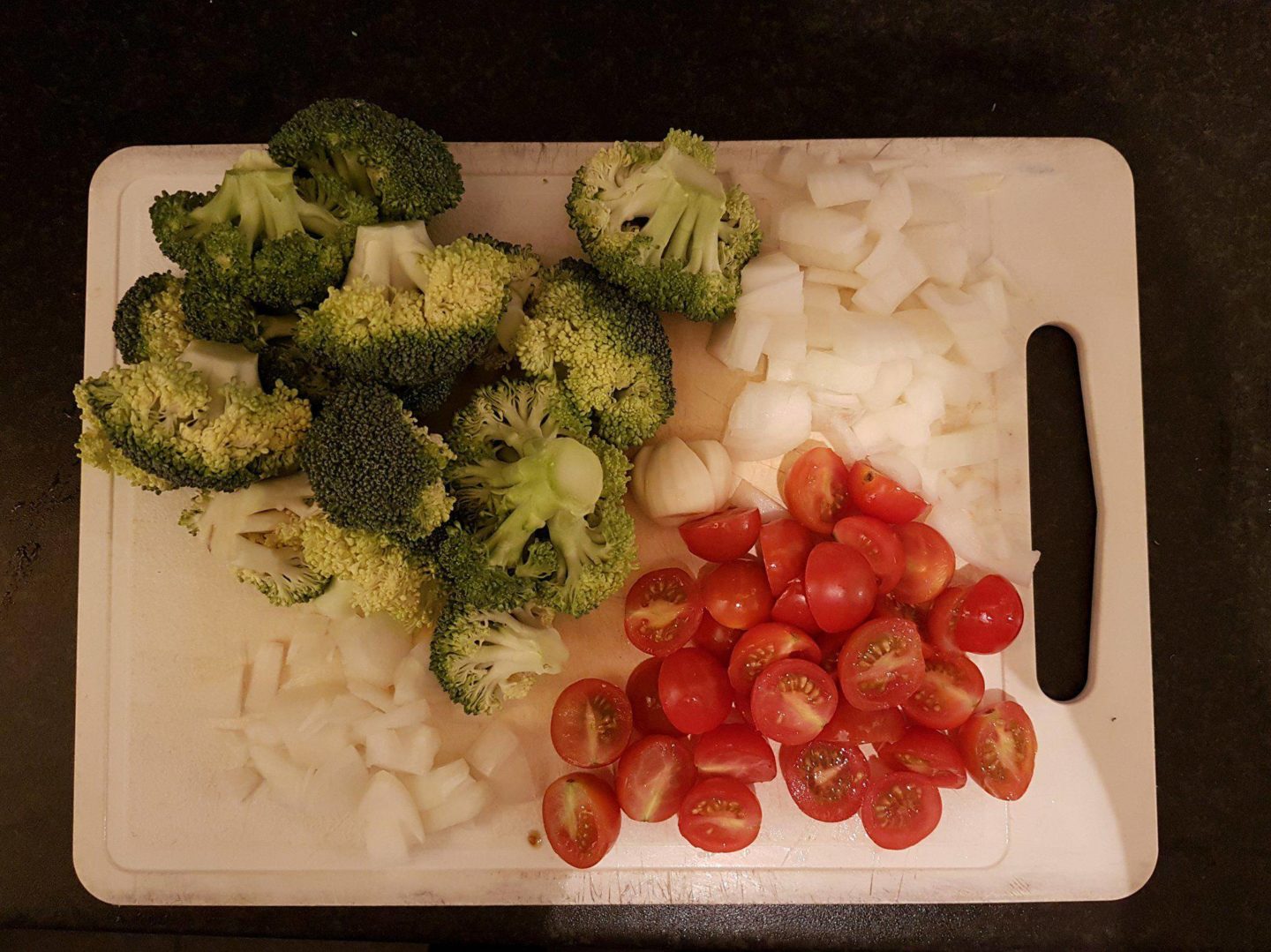 Warm the olive oil in a frying pan on medium heat. Gently fry the garlic and onions until golden.

Add the 4 sausages to the pan and cut them up. Continue frying them until they are just done. 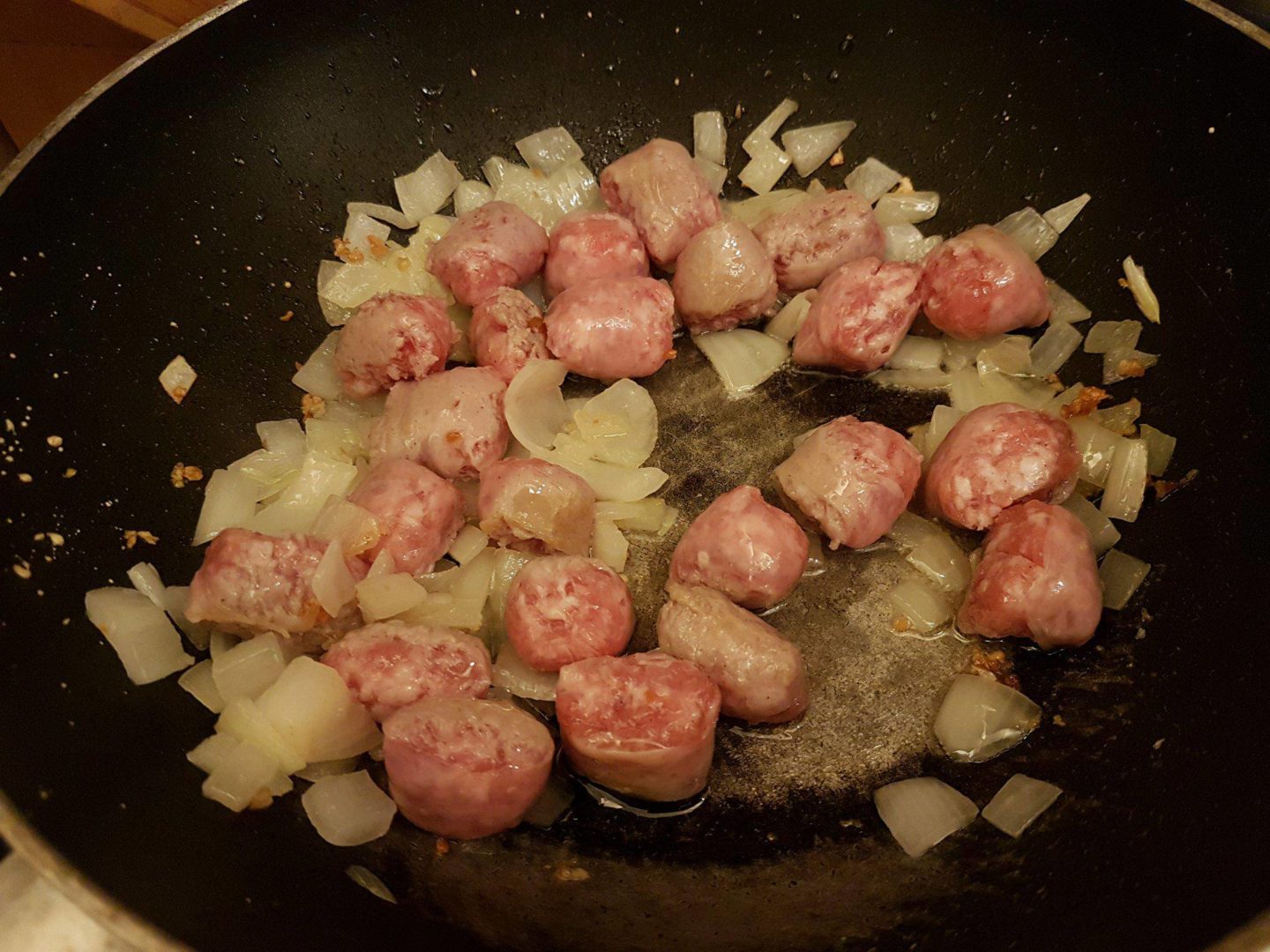 Add the chopped tomatoes to the pan, as well as the cherry tomatoes, salt, sugar and herbs. Continue stirring occasionally until most of the juice has gone and the sauce has thickened. This will take approximately 10 minutes.

While the sauce is cooking, bring a saucepan full of water to the boil. Add the pasta and cook according to the instructions on the packet. 2 minutes before taking the pasta off of the stove, add the broccoli.

When the pasta and broccoli are done, drain the water out of the pan. Add them into the frying pan and stir. 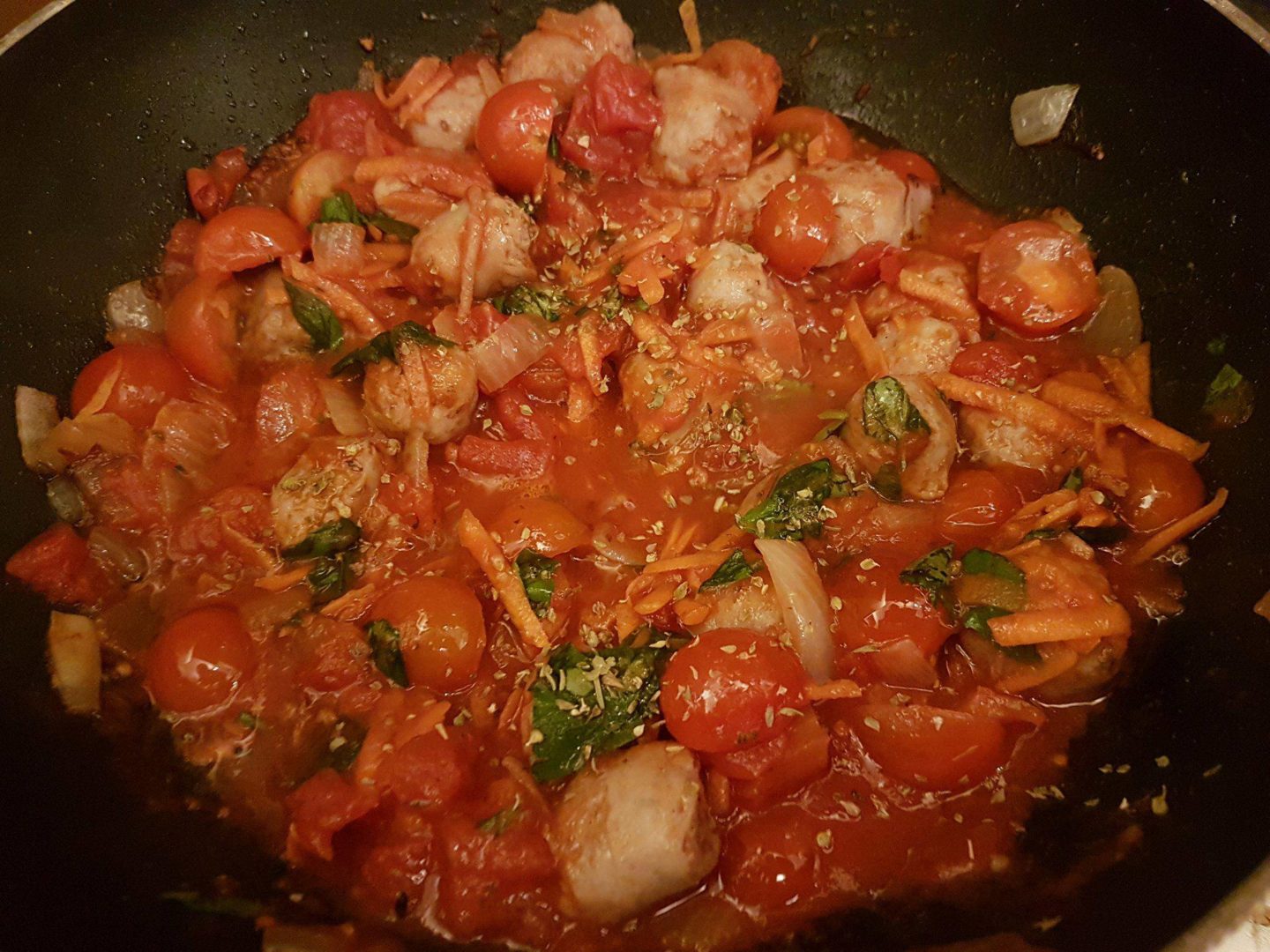 Serve and enjoy! My husband recommends cheese and mustard on top, if you fancy giving it a try! 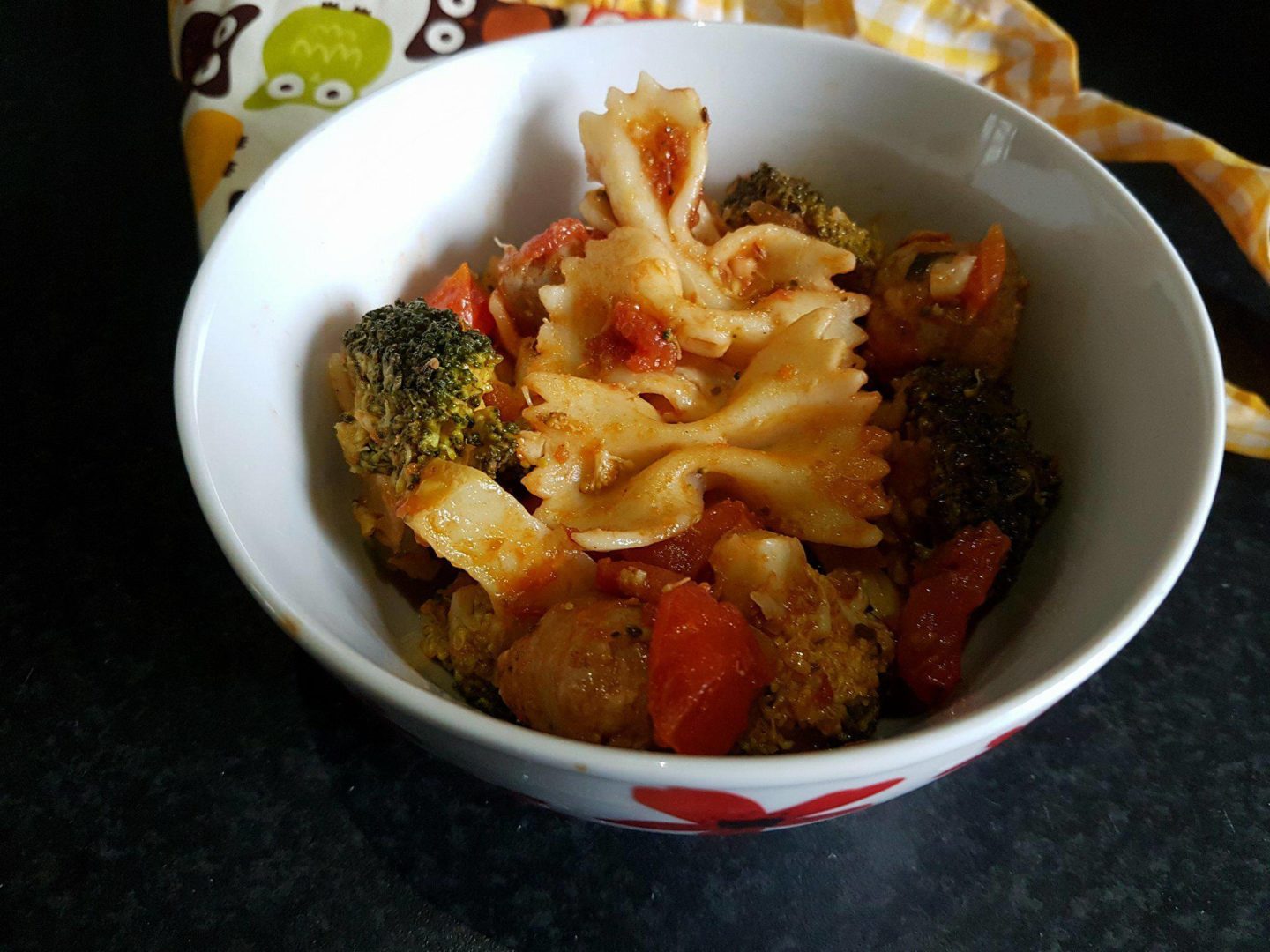 Disclosure: This is a collaborative post with Heck Sausages. I was sent two packets of their 97% pork sausages for the purpose of this post, and was reimbursed for the cost of other ingredients. As always, all views and opinions are honest and my own.