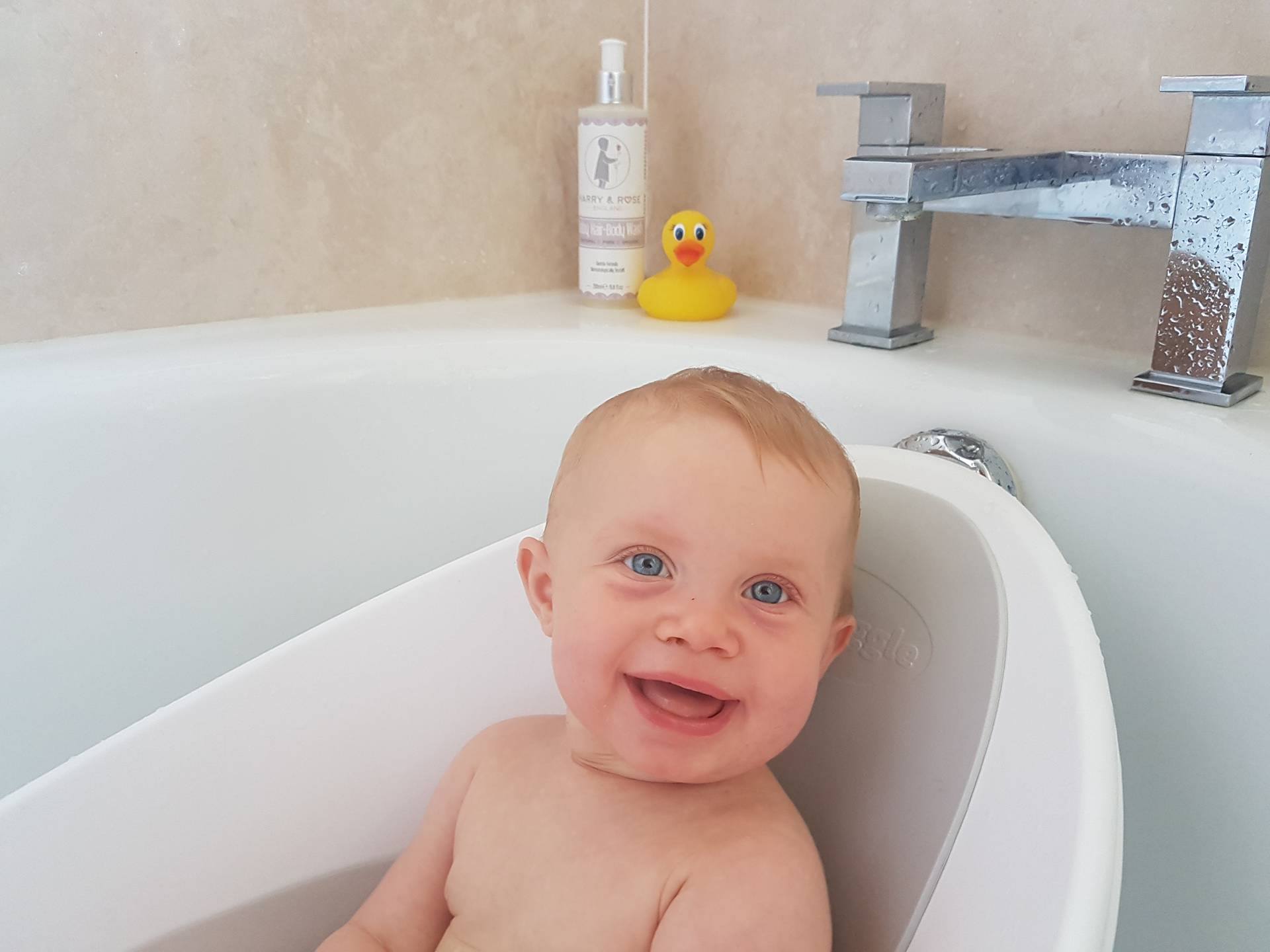 “You have to laugh” created a quiz for bloggers so that we can all get to know each other a little better. Thanks for tagging me, Rebecca (The Coastal Mummy)! You can read her post here.

Realised just how protective it was possible to feel about someone.

2) What is the most annoying toy that your child owns or has owned and why?

Hmm…none of them actually annoy me that much! It does annoy me when I find myself singing the songs her toys make when I’m in the shower though.

4) Is Peppa Pig more annoying than Postman Pat is bad at his job? Discuss.

Postman Pat is rubbish at his job, but Peppa Pig needs putting in her place! She shouldn’t be allowed to jump in muddy puddles either. I wasn’t allowed to as a child, as it’d make my clothes dirty and I’d bring mud through the house!

5) What time constitutes a lie-in in your house now and how does this compare to your pre-child days?

I’d say 9.30pm constitutes as a lie-in. This isn’t anywhere near as late as my pre-child days.

6) What is your favourite swear word or swear word combo and when was the last time you used it?

I try to avoid swearing on my blog, but I do like using the F word. I often get quite imaginative with my swearing!

7) Tell us your worst ever nappy or potty training experience.

Probably the explosive Arriba Arriba Chicken nappy that Autumn had, just as we arrived at the NEC Arena in Birmingham for This Morning Live. There were no changing facilities in the car park and our car was loaded with our suitcases, so there was no room to change her in there. It was raining, so putting the changing mat on the ground and changing her al fresco was also out of the question. It had gone through her nappy, vest, tights and over the car seat. Once we’d cleaned up her legs as best we could, I ended up fashioning a pair of shorts out of a nappy bag, so that we could put her in the pushchair without her getting poop over that too. It did the trick and we were able to change her as soon as we got to the arena.

8) There is no electricity and won’t be for the next week. NONE. After eating the contents of the freezer (assuming you have a gas cooker) what the hell do you do with yourself?

Well, I guess we’d have to go and stay with my parents for a while.

9) If you didn’t need the money and didn’t have a little one what would you spend your days doing?

Writing, visiting family and friends, and walking in the countryside. I also have about a million things I want to learn and lots of interests. I wouldn’t find it hard to keep myself busy.

10) If squirrels ruled the world, what do you think would be the advantages and disadvantages?

11) If you could have anyone round for dinner, alive or dead, which 3 people would you choose? (NB – If you pick a dead person they would be alive during dinner – you wouldn’t just be dining with a corpse. That would be creepy)

Ooh, I’m only allowed 3 in this quiz? I’m glad I’m not dining with a corpse! Well, if I can only choose 3 people and they don’t have to be famous, I’ll choose Autumn, my Grandad and my mother-in-law. I miss my Grandad, so it would be lovely to get to see him and talk to them again and introduce him to Autumn. Likewise, I’d love to meet my mother-in-law and show her her granddaughter and tell her what a lovely man Dave has turned into.

12) What is your favourite funny blog post ever (your own, or someone else’s)?

I don’t often read funny blog posts, but I love Hurrah For Gin!

Now the 3 bloggers that I am going to tag are:

Naomi – Trips with a tot

Who would win in a fight Mr Tumble or Mr Bloom? & If you had unlimited cash for 1 week what would you do or where would you go?