Welcome to my second Sunday Review. As I said last week, I thought I might mix things up a little bit, reviewing baby things and beauty products on alternate Sundays!

This week I am reviewing Benefit Roller Lash.

I’m late to the Roller Lash party. It’s been almost two years since it was exclusively released in Elle Magazine in March 2015. For one reason or another, I haven’t bought it until now. I tend to only buy makeup when it’s on offer, so I usually spend a maximum of £6.50 on mascaras! However, when I spotted it in Boots shortly after Christmas I thought I’d splash out and see what all the hype was about.

Well, it turns out that the hype was for good reason. I’d consider myself something of a mascara connoisseur, having tried so many of them over the years and this is one of the best I’ve tried! I was just a little annoyed that I accidentally picked up the brown instead of the black, as I favour black mascara, but I still love it.

I’m by no means great with makeup, but I enjoy using it and my eyelashes look so much better using this mascara even with my mediocre skills! Here’s a before and after: 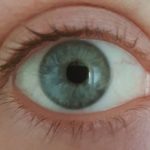 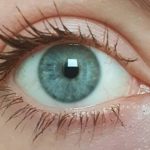 I found that it really helps to separate the lashes, but most of all the lift is fantastic! The curl it gives is pretty good too – the hook n’ roll brush clearly works as it is supposed to. I used a few coats to thicken my lashes up and you can really see how much it makes my lashes stand out in comparison to how they look naturally.

I can only think of two downsides to this mascara. The first is, I like it when mascaras have separate brushes for top lashes and bottom lashes as I find bottom lashes quite tricky. The other thing is, if you get into the shower wearing it, it stings like crazy, (more than other mascaras). Of course, this isn’t that big a deal, just make sure you remove it first!

What’s your favourite mascara and if you’ve tried Roller Lash, do you think it’s worth the hype? Let me know below!

Cheap Watches: Are They Worth It?